Horror movies and their terror-inspiring special effects are great at getting you into the Halloween mood, but when it comes to a more intimate horror experience you just can’t beat a good, old-fashioned book. Written words have the ability to get into your head and stay there, using your own imagination to up the scare factor long after you’ve finished those last pages.

This Halloween, we’ve rounded up some of the chilliest, scariest and downright horrific horror books out there, from classics to more modern takes. Whether you’re in the mood for a spooky ghost story, a helping of psychological terror or a downright gory tale, we’ve got you covered with 20 of the best horror books ever written below.

Shirley Jackson is so renowned for her horror stories that there’s now a literary award in her name that’s given to horror and psychological suspense writers annually at Readercon. But it’s this tome that is by far her crowning achievement. Not only was it a National Book Award finalist but many genre fans look towards the haunting house tale and its rich tapestry of characters as horror canon. Meanwhile, the story has since been adapted into two feature films, a play and a Netflix series. 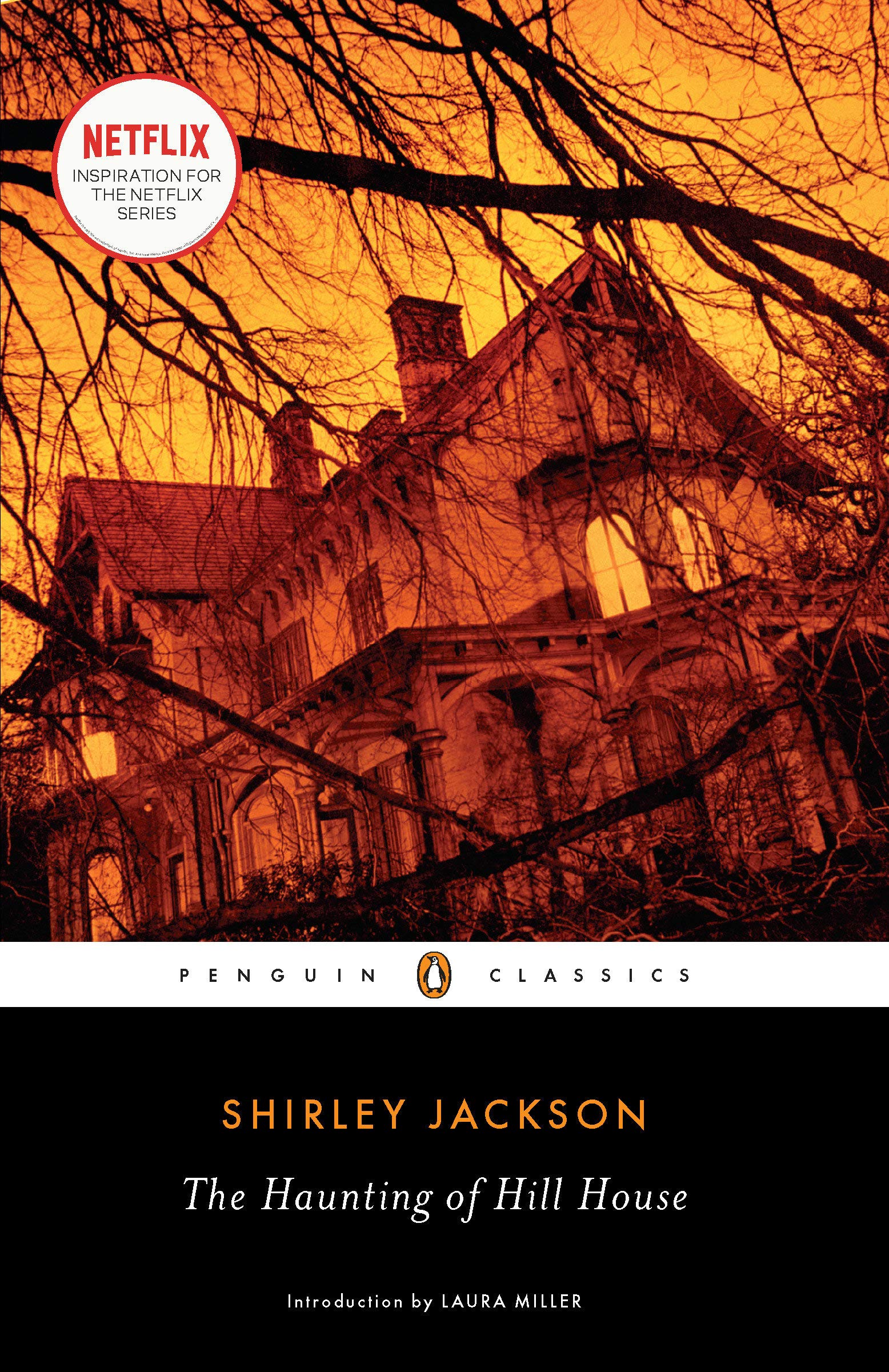 The Haunting of Hill House

Fans might not all love the particular way that this famous novel was written (there are plenty of letters, articles and diary entries to sift through, after all), but the story itself and the famed vampire in question absolutely withstand the test of time. Of course, the 1992 film directed by Francis Ford Coppola didn’t hurt the book’s popularity, either. Over his career, Stoker wrote several pieces of fiction and non-fiction alike, but in 2018 a Time article revealed that Dracula may have originally been intended for the latter category. In our eyes that makes this book even scarier. 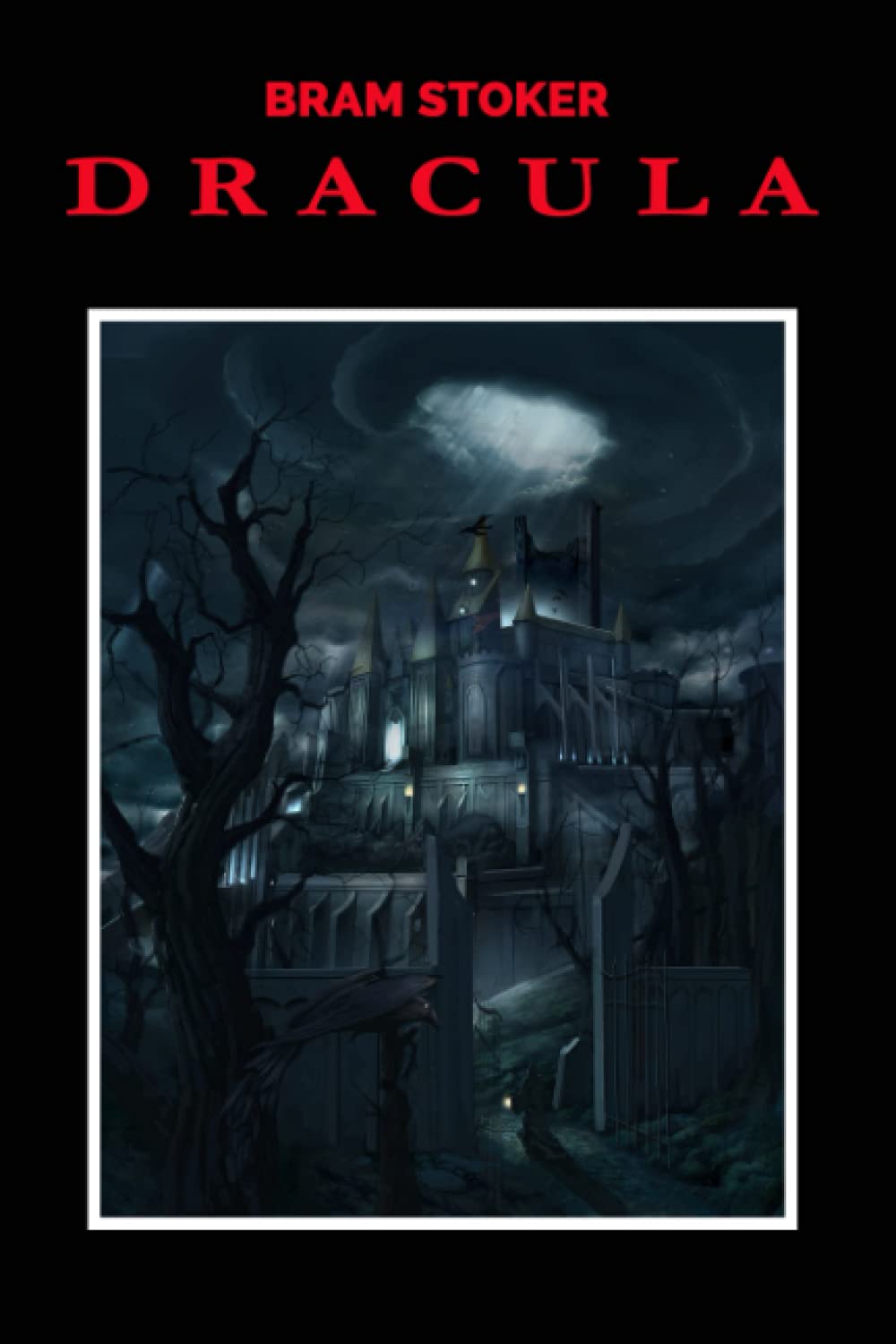 No matter how many screen iterations of this King tome are made, nothing can compare to the written prose with which this horror mastermind terrorized (yet mesmerized) readers. Creepy clowns, childhood trauma, and the way the “It” in question used the characters’ own fears against them all culminated in a memorable read that helped to solidify King’s place in the horror genre. 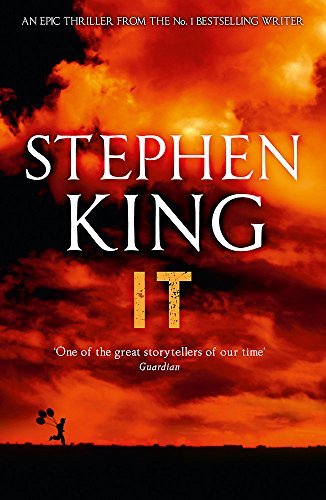 4. Frankenstein; or, The Modern Prometheus By Mary Shelley (1818)

Monsters have always been popular horror subject matter, but that’s largely thanks to the influence of this gothic horror novel, which Mary Shelley began writing when she was just 18 years old. The idea of playing God and then being terrified by the results is now a prevalent theme across the arts, while the horror book itself has spawned an interesting conversation about feminist criticism, given how critics at the time changed their tune once they realized the uncredited work they’d been kicking back and forth was actually written by a woman. 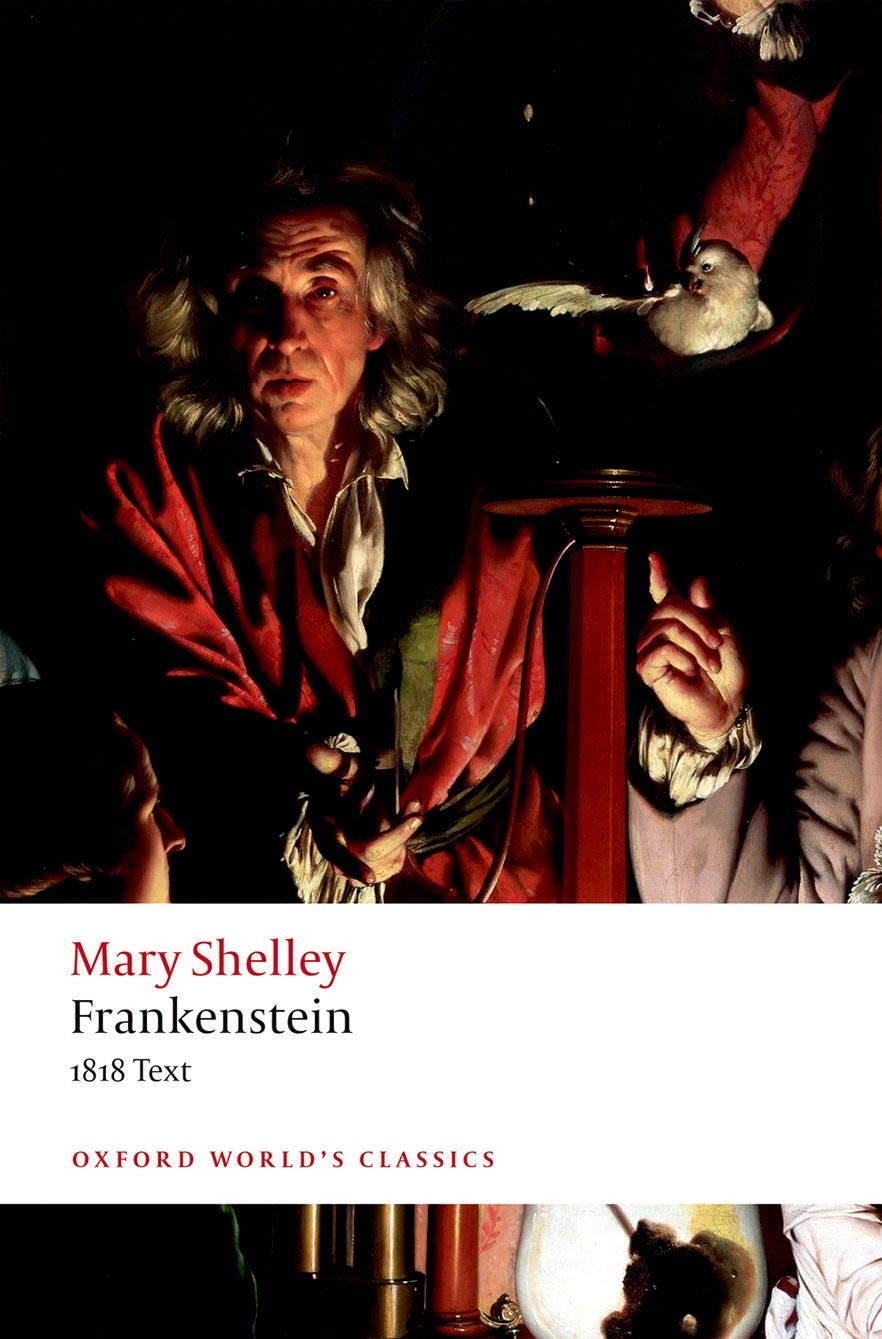 Stephen King notoriously hated the way Stanley Kubrik adapted this novel into the 1980 film, despite the movie’s giant following. That’s in part because King’s tale is more nuanced and character-driven than the big-screen iteration, offering readers an in-depth look at a man driven to madness. Sure, it doesn’t have an elevator of blood, creepy twin girls or Jack Nicholson shouting, “Here’s Johnny!” but there are plenty of other ghastly and blood-curling moments in the written work, including a much more explosive ending.

6. The Call of Cthulhu and Other Weird Stories By H.P. Lovecraft

There are few horror authors as influential as H.P. Lovecraft, whose stories punctuated the 1920s with cosmic terrors and narratives that went beyond your traditional ghost tales. Given that the guy had a penchant for short stories and there are so many good ones to choose from, anyone looking to get into the author’s works might want to start with this collection, which features seven of his stories including The Alchemist and of course, The Call of Cthulhu. 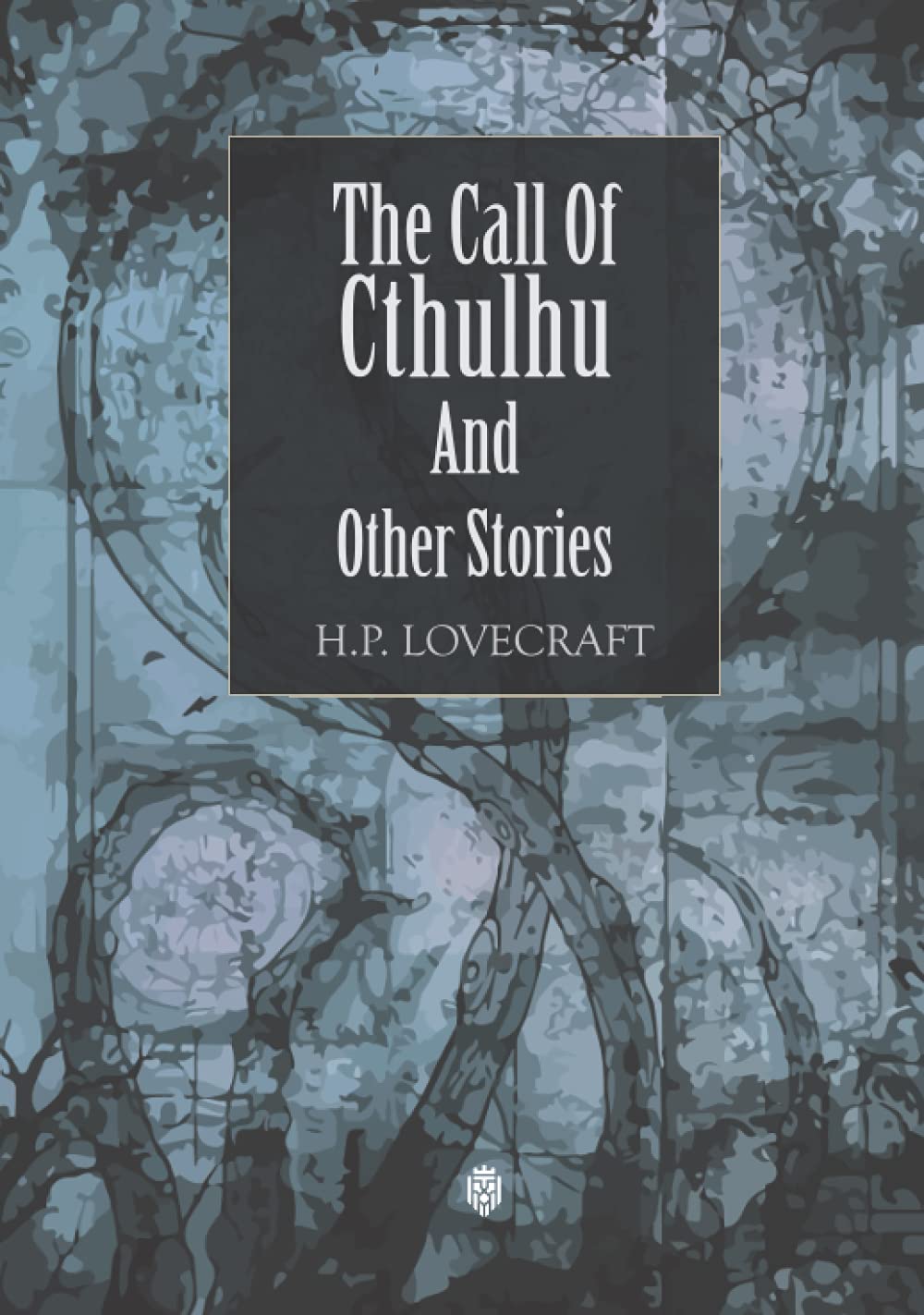 The Call of Cthulhu and Other Weird Stories

Satanic babies, creepy neighbors, a guy caught between his career and his family and a woman terrified to give birth? It’s no wonder this novel caught on with readers in its debut (or that parts of the novel were heavily censored in various countries for “glorifying” the devil). But to this day it remains one of the creepiest horror books in the genre, and its themes of paranoia and misogynistic metaphors continue to influence horror spin-masters today. 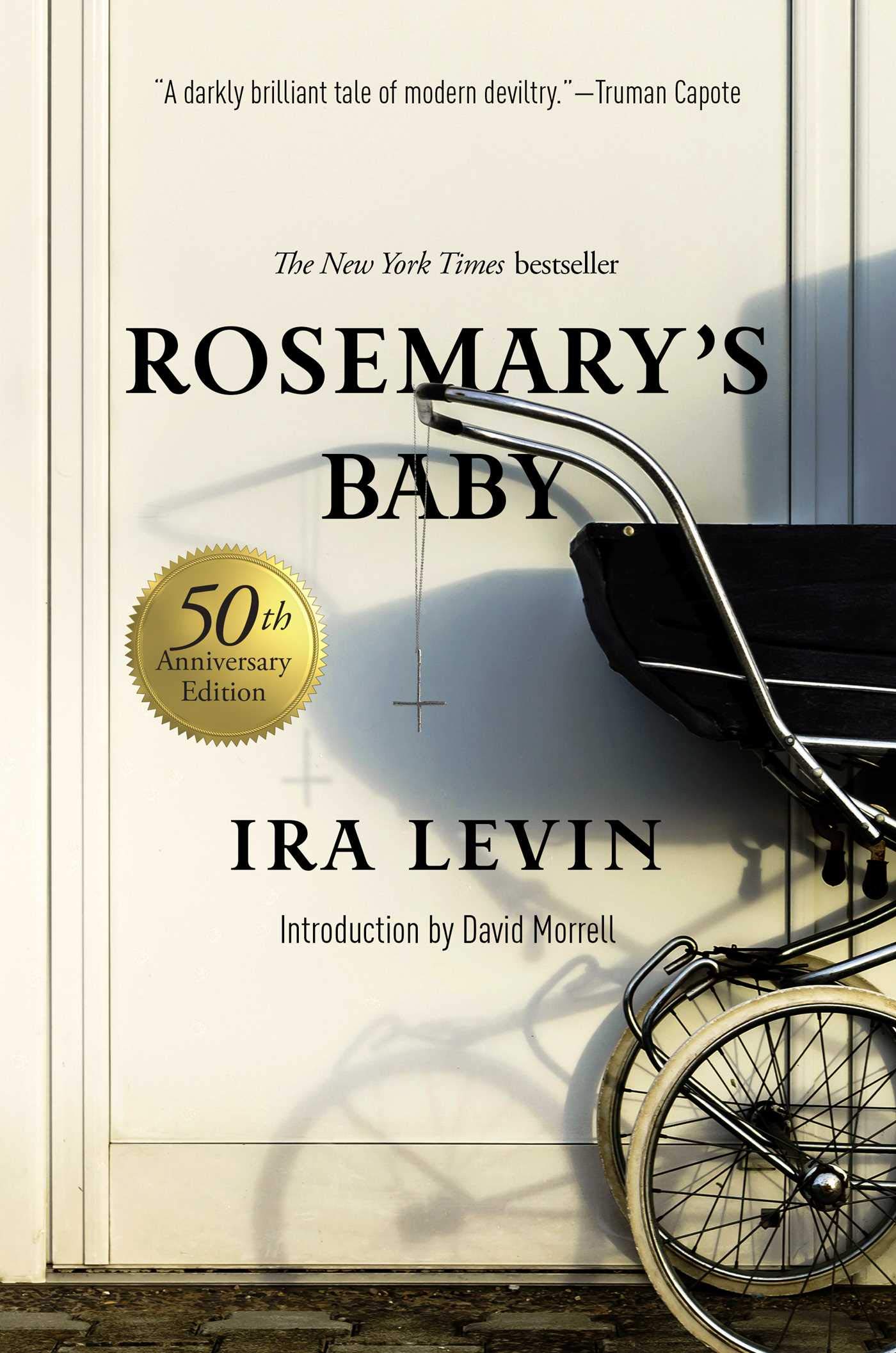 One of the more recent horror books on this list, House of Leaves isn’t scary per se. But it is definitely a mood, one that sits with you well after you’ve finished it. The story of a house that is bigger on the inside than out is disturbing in itself, but it’s the way Danielewski plays with the book’s structure (at one point you need to rotate it in order to read it properly) that really makes this a unique and interactive read. 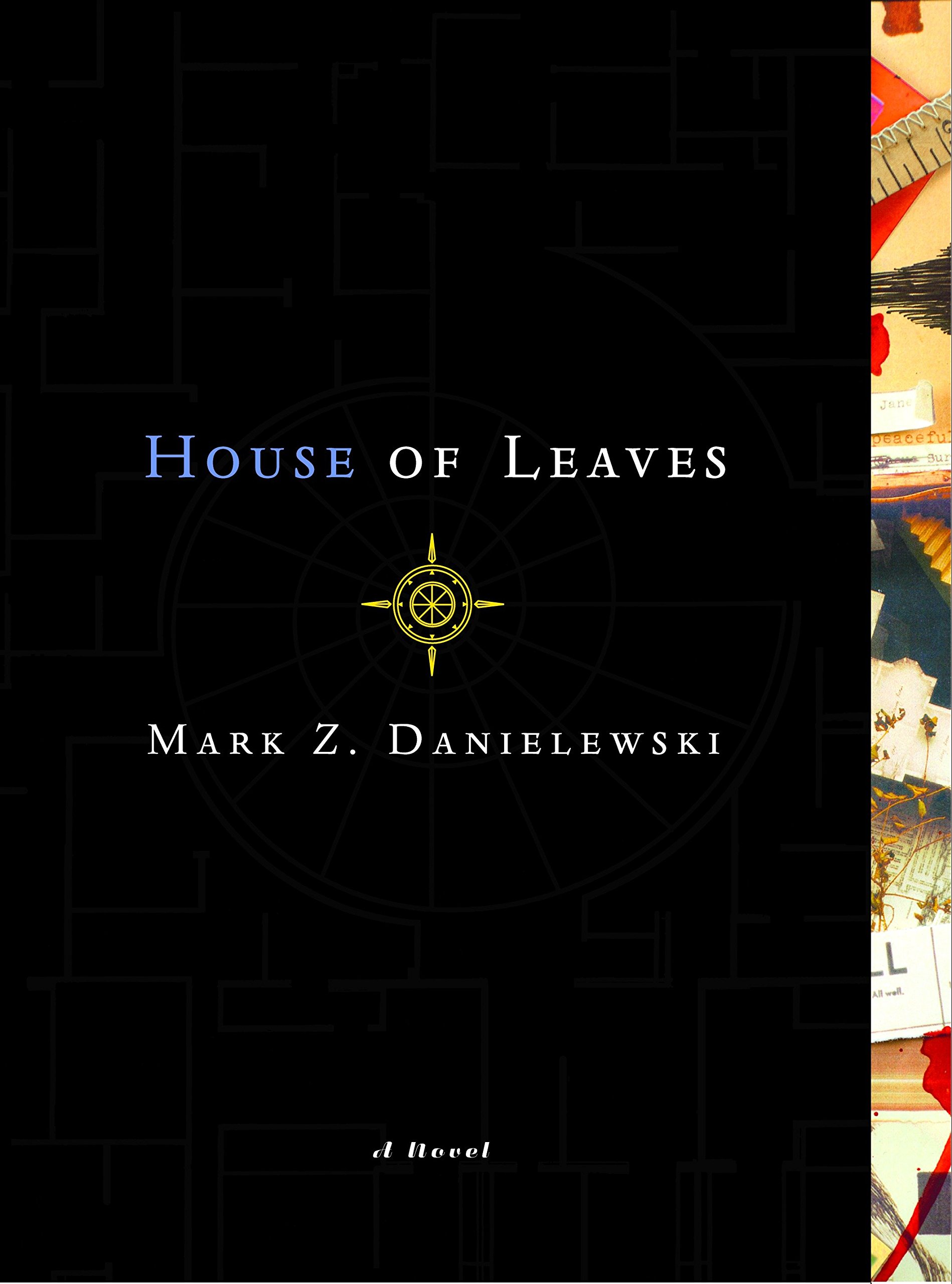 Technically Poe’s short story isn’t a novel, but it deserves a place on this list as it is one of the first in-depth looks at true psychological horror. It also paved the way for characters like Norman Bates and Hannibal Lecter. The story of an unreliable narrator who strives to convince the reader of his sanity all while describing the murder he committed is Gothic fiction at its best, making this one of the horror mastermind’s most famous offerings. 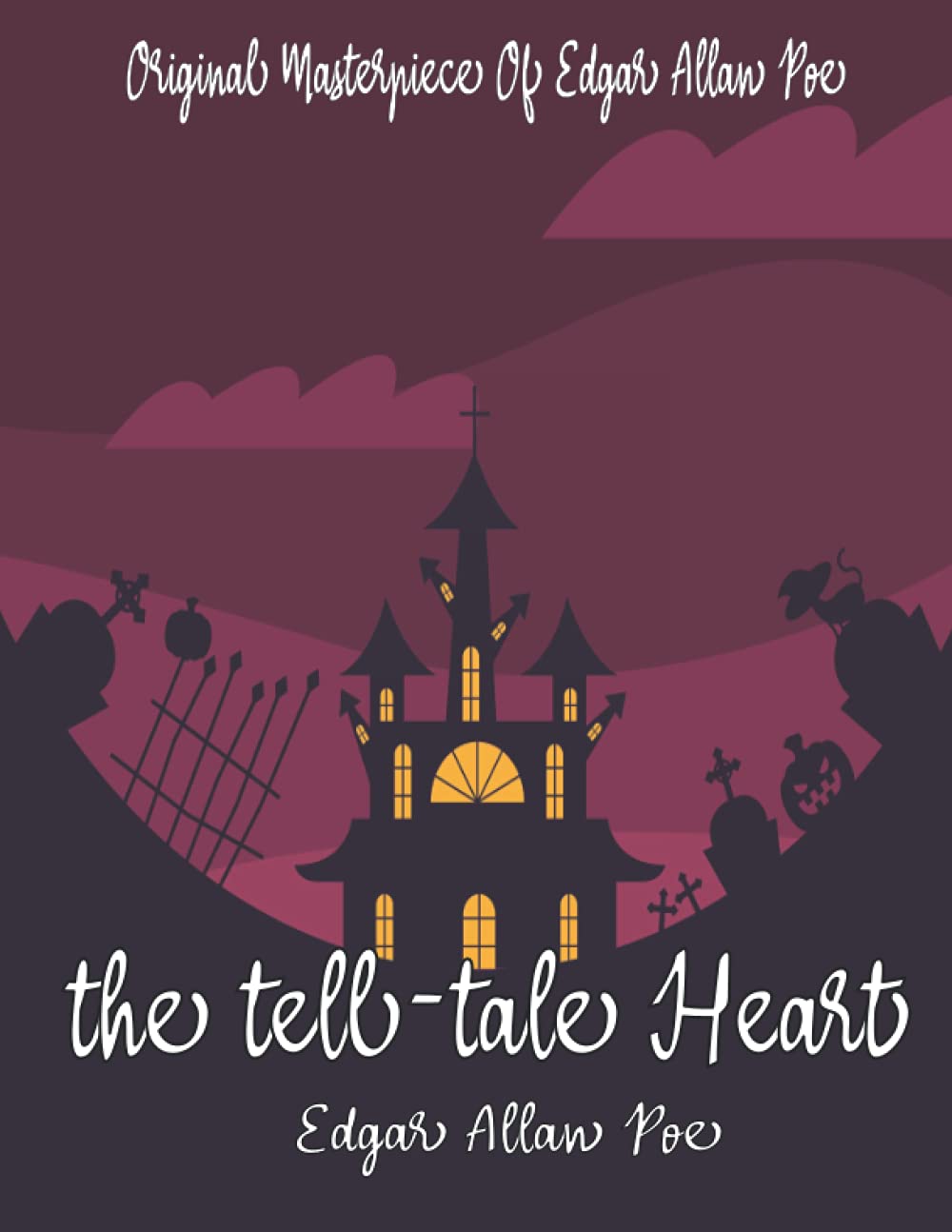 Is there anything scarier than monsters that attack children? What about a monster that abducts children, brings them to a place called Christmasland, and then sucks their souls in order to restore his own youth? This vampiric novel (written by Stephen King’s son) follows one such monster named Charlie Manx. It was nominated for the Bram Stoker Award when it was released in 2013 and praised for its rich world of characters and nuanced themes of family and the price of creativity. Of course, the fact that it was also adapted into a TV series and a comic book only helped to bolster this book’s popularity. 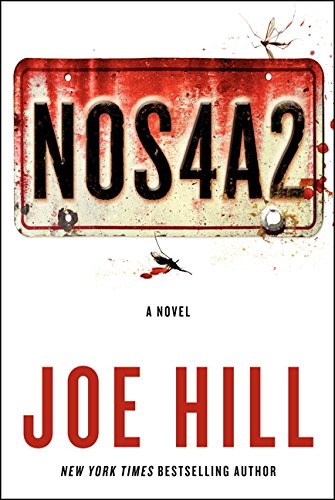 The world in which this classic tale was written is vastly different than the one we live in today, but so many of the themes hold up. The story of a group of marooned boys trying to self-govern themselves to disastrous results isn’t a comparable horror to some of the others on this list, but it does unveil the true horror of human nature. Since its release, this book has topped best-of lists around the world, and as Golding’s debut novel it spawned an impressive career that culminated in the Nobel Prize in Literature in 1983. 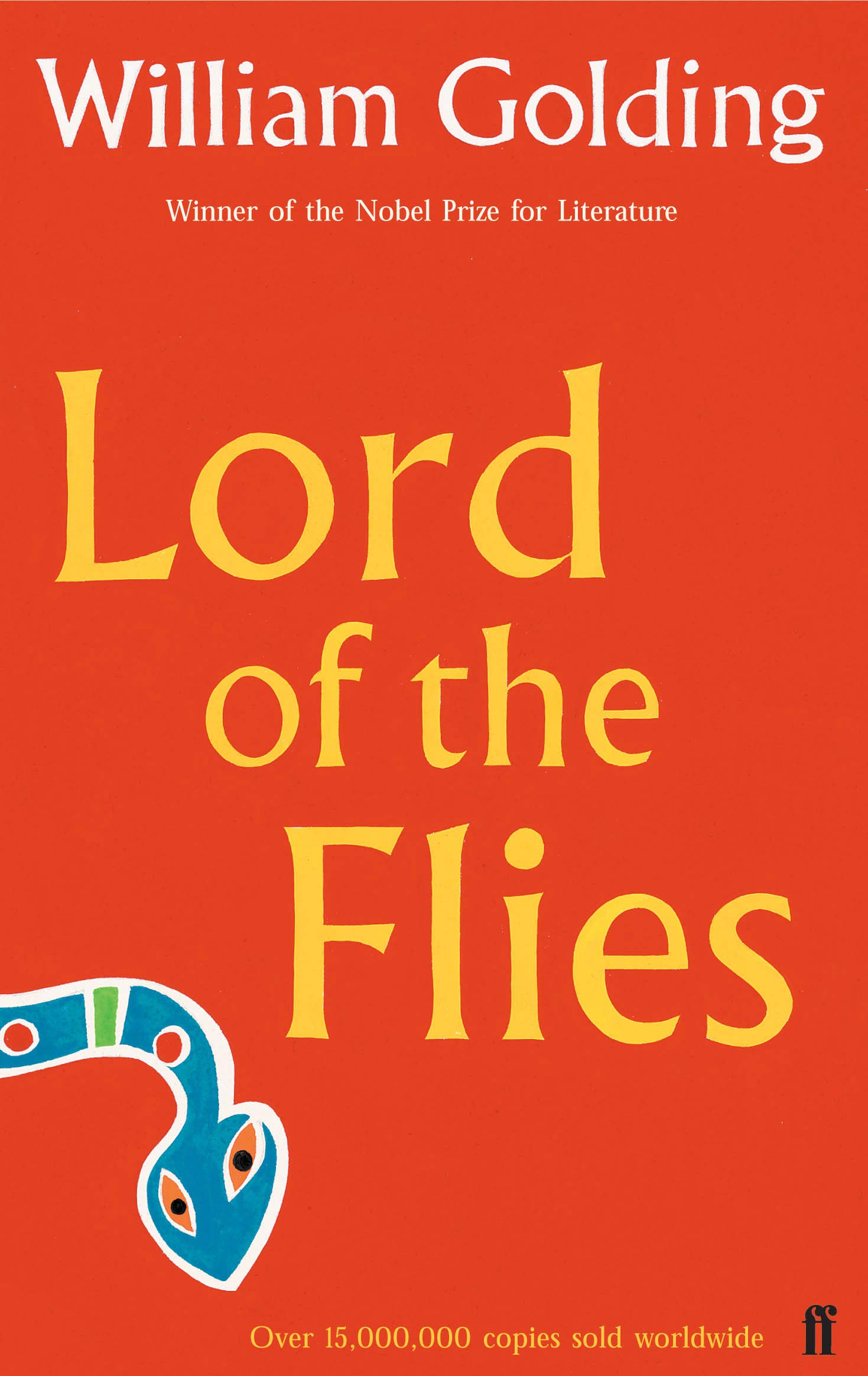 Lord of the Flies

This Japanese horror manga series, written and illustrated by Ito, first appeared as a serial in Big Comic Spirits in the 1990s. The story of the small coastal town Kurouzu-cho and the UZUMAKI spiral that haunts it has since been compiled into one single volume, and widely discovered by new and die-hard genre fans alike. So what makes it so terrifying? Unlike many other horror offerings, in which you can pinpoint the thing doing the terrorizing, in this story the Big Bad is nothing more than a spiral shape that infects an entire town and twists minds and bodies alike. 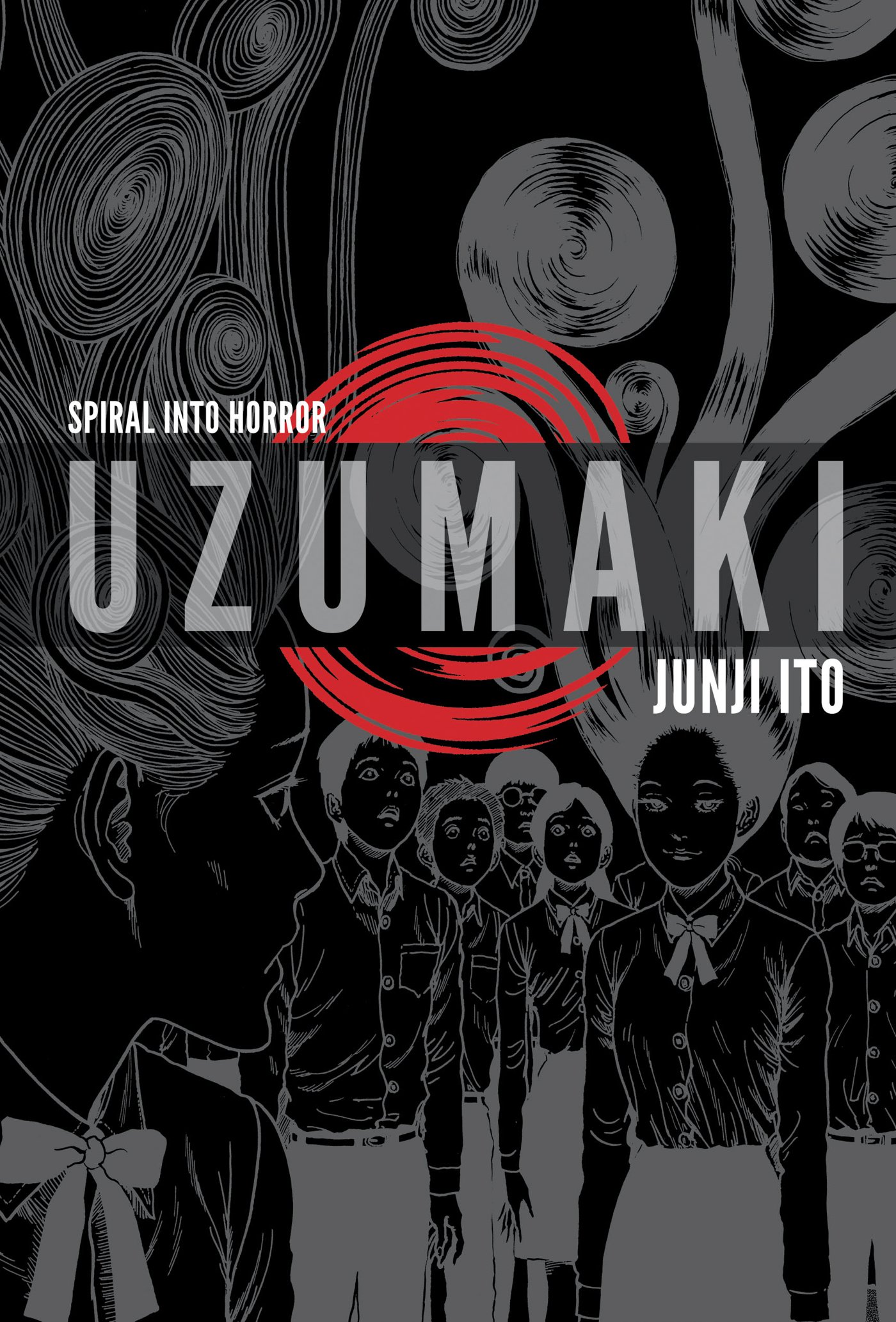 The gothic story of a woman who impulsively marries a rich widower only to discover that his home is haunted by his late wife has been recreated plenty of times over the years, including the recent Netflix adaption and the 1940 Oscar-winning film by Alfred Hitchcock. None of those projects really capture the psychological horror of the original, however, or its themes of power and yes, toxic masculinity. The book was a best-seller when it was released, and it remains one of the best horror books ever written today. 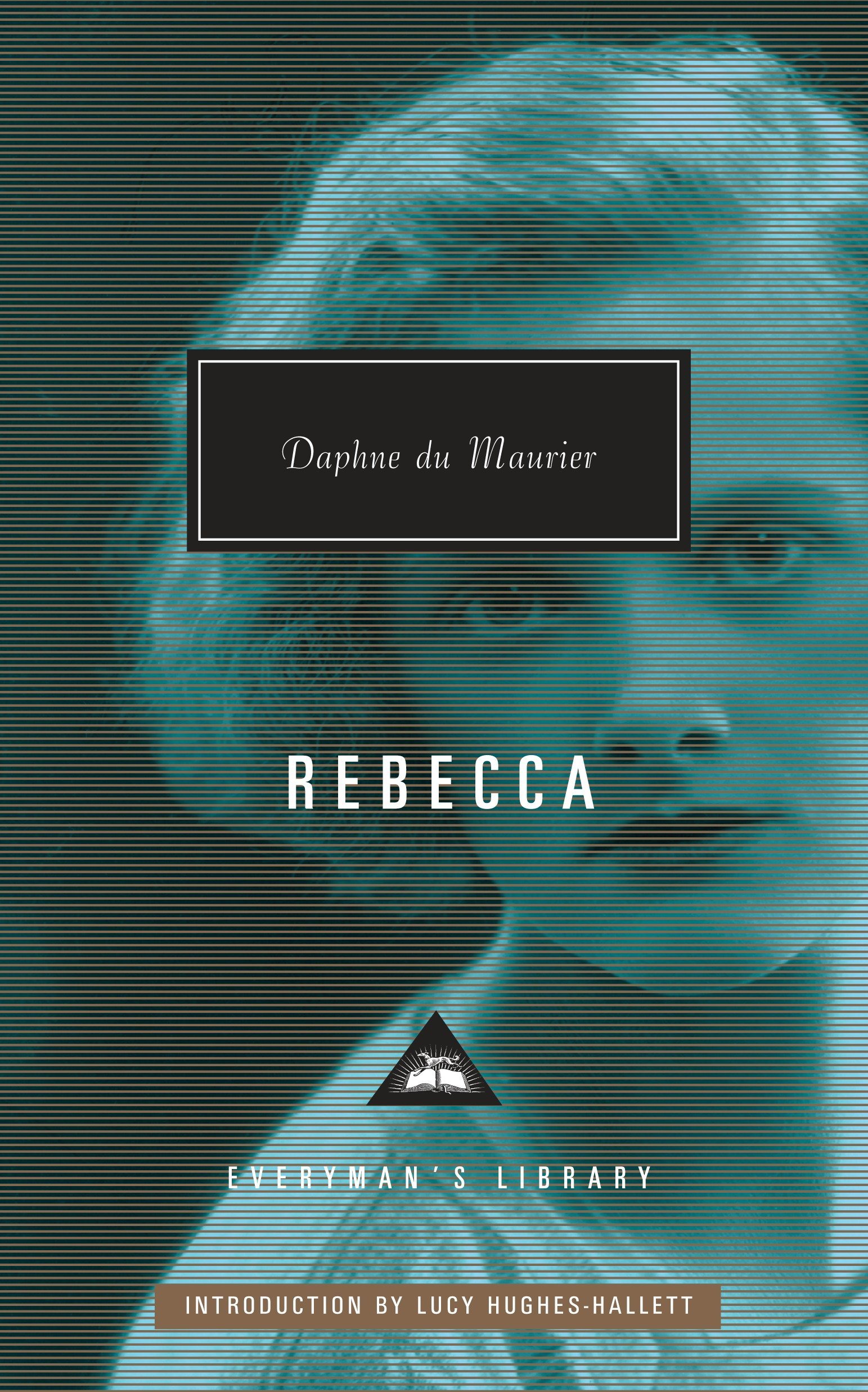 Grief and monsters intersect in this King offering, in which a doctor moves his family to a new home in rural Maine. There, a mysterious burial ground hidden behind the family’s new home offers up the promise of life after death, but with a chilling catch. The book is filled with lots of creepy scares, especially for the parents out there, and it’s the kind of read that sits with you long after you’ve finished. 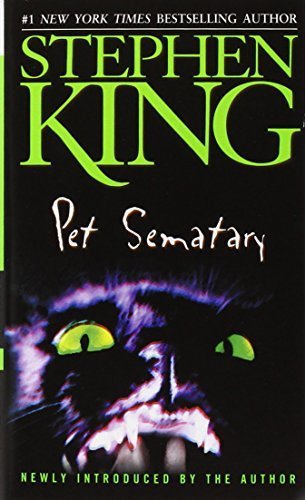 If you like your horror with a side of literary prose, this classic ghost story fits the bill. It’s based on a real woman, which somehow makes it even scarier, and follows the family of former slaves in Cincinnati whose home is haunted by a spirit. It’s a deep read that won the Pulitzer Prize for Fiction in 1988, and in 2006 it was ranked as one of The New York Times’ best works of American fiction. On the flip side, the horror book has also been banned from a handful of schools as a result of the super dark content, which includes bestiality, infanticide and violence, among other subjects. 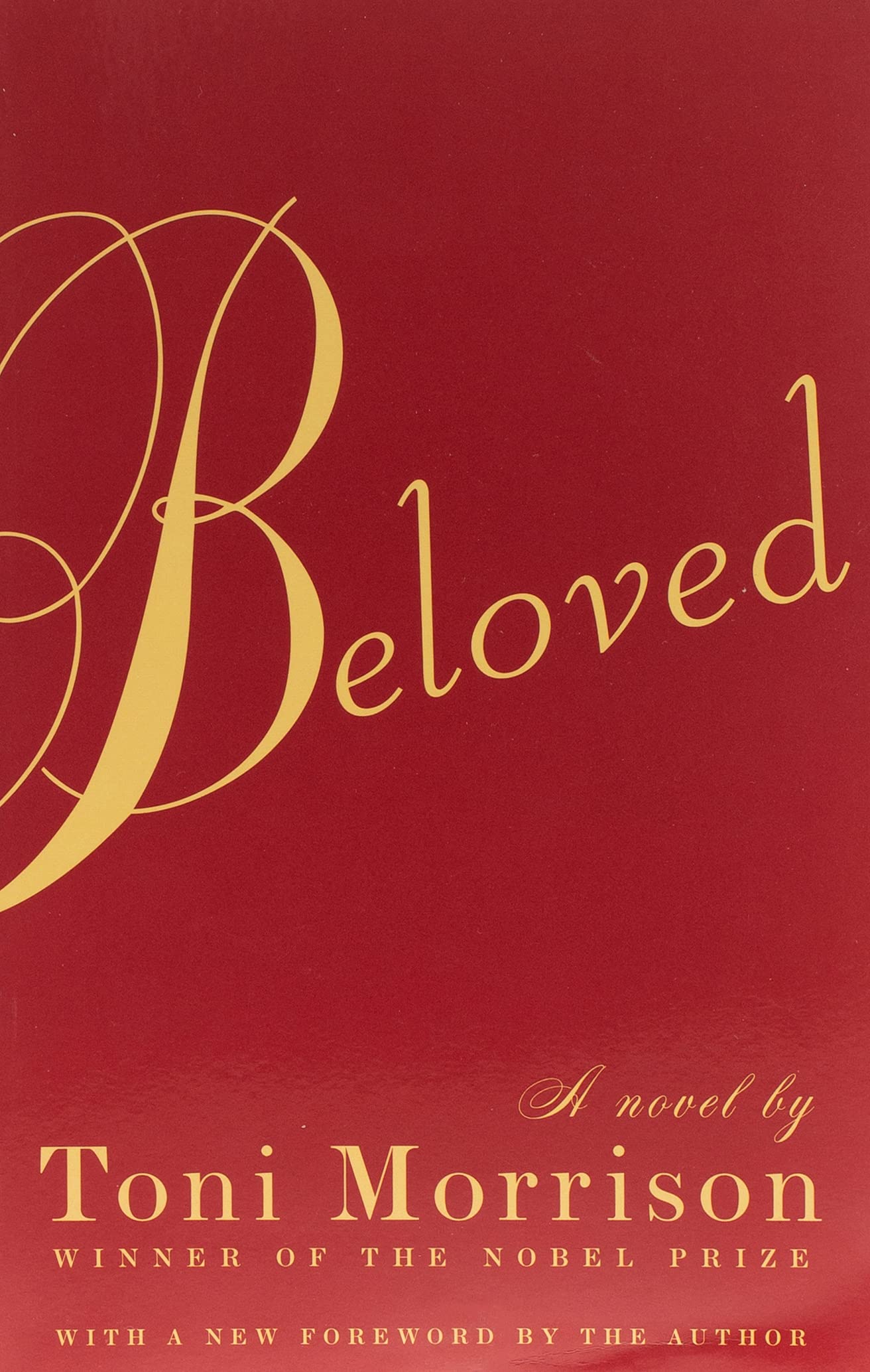 While two big-screen adaptations of this book have now been made, the original tome features more scares than both combined. On the surface, it’s a story of a lawyer who arrives at a widow’s estate in a small English town in order to settle her affairs. But go deeper and this is a dark ghost story that includes all of those scary and creepy things that make you want to check the corners of your closet before turning your light off for the night. 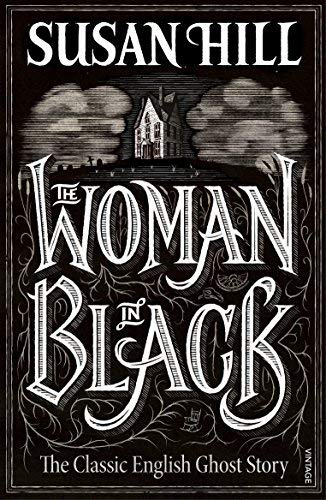 The Woman in Black

This classic story that spawned those head-turning movies features all of the scares and horror from the films, but it’s able to go even deeper into the characters’ psyches and motivations. If you haven’t read this horror book it’s a great companion to further your own experience with the story, especially if you’re here for the psychological horror. 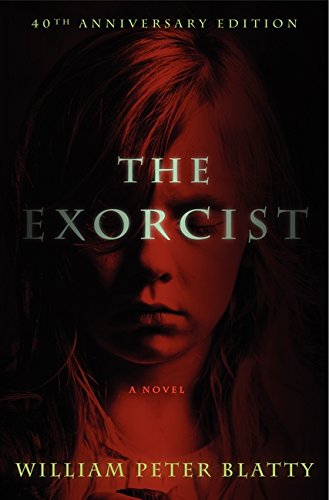 If you’re looking for a more gruesome haunted house read, Matheson’s book is where it’s at. The fast-paced storyline is full of vivid physical horror and features plenty of violent and gory scenes, and while some have compared it to The Haunting of Hill House, there are plenty of differences to make them both worth a look. 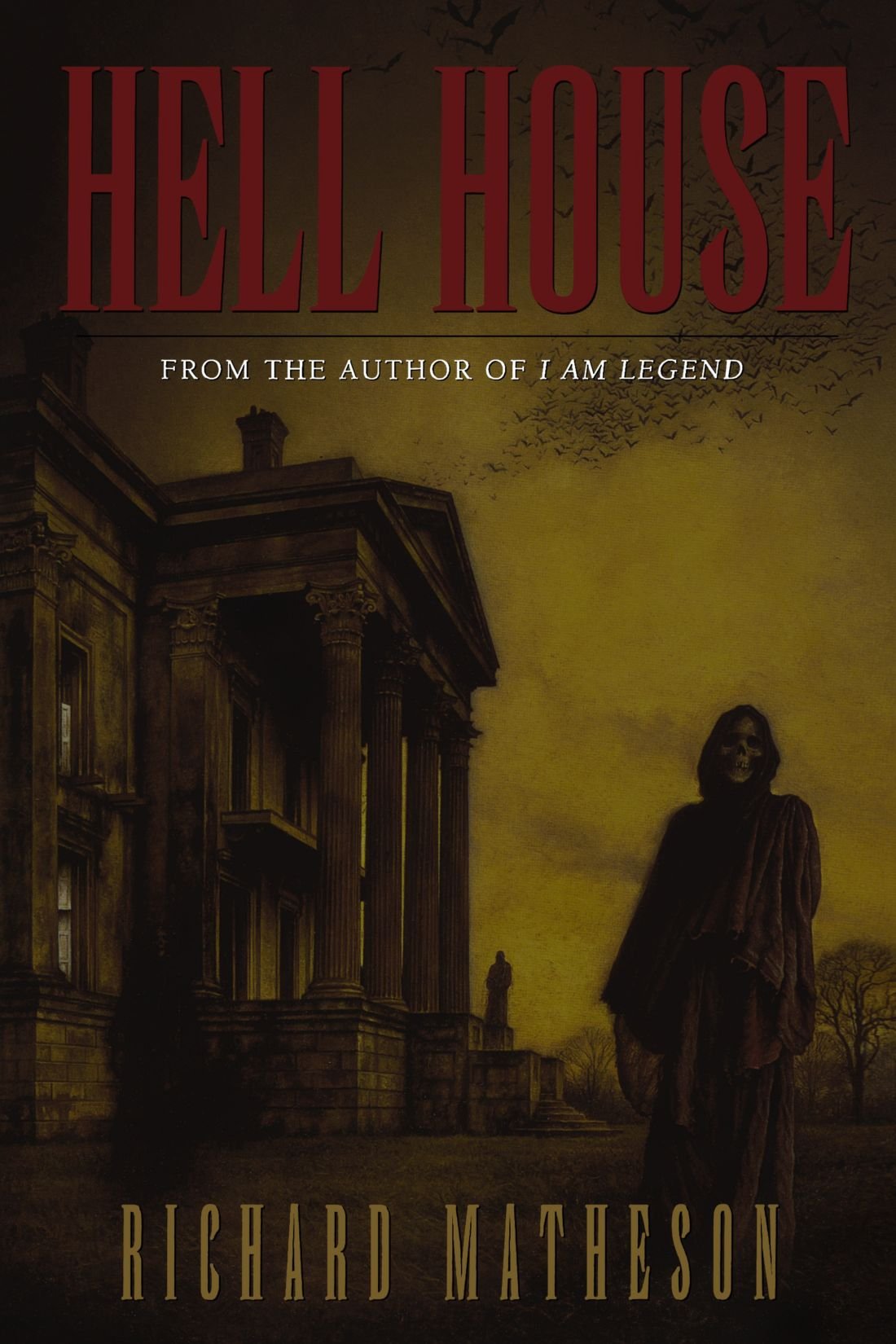 One of the more modern offerings on our list, Tremblay’s horror book puts a whole new spin on the exorcist genre that makes it feel more relevant for new horror audiences. When a 14-year-old girl begins showing signs of acute schizophrenia, a local Catholic priest agrees to an exorcism — and he brings along a camera crew to capture the action. Fast forward to 15 years later and the girl’s younger sister recounts the horrific behind-the-scenes happenings of the hit reality show, not to mention the events that have gone down ever since. 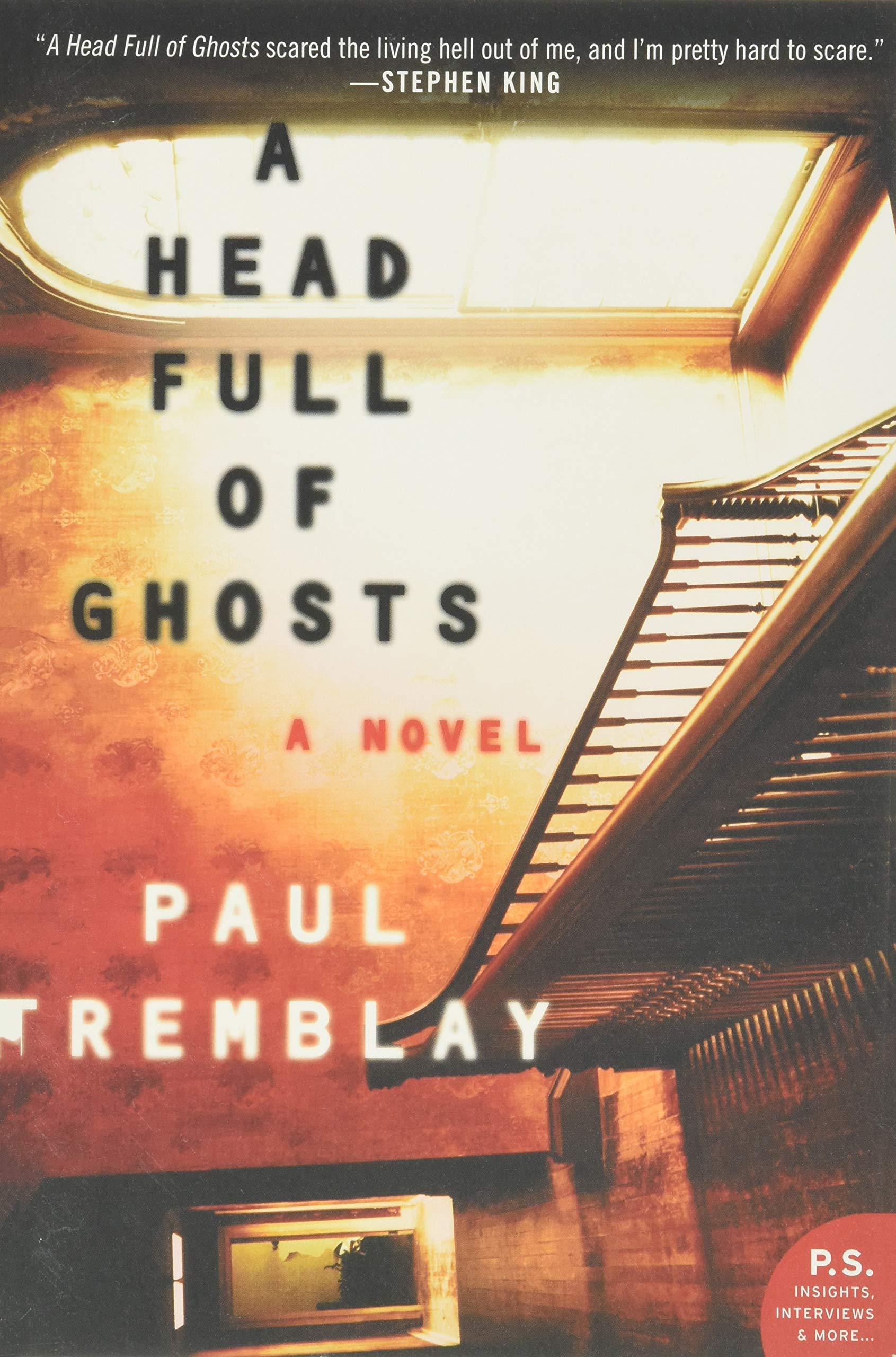 A Head Full of Ghosts

The real-life story of the Donner Party — a group of American pioneers who migrated to California from the Midwest in 1846 but got stuck in the Sierra Nevada mountain range where they resorted to cannibalism to survive — is haunting enough on its own. Katsu’s retelling not only re-examines that terrifying story, but it adds in a creepy supernatural element for a whole new layer of chilling horror, making this a must-have for lovers of horror books. 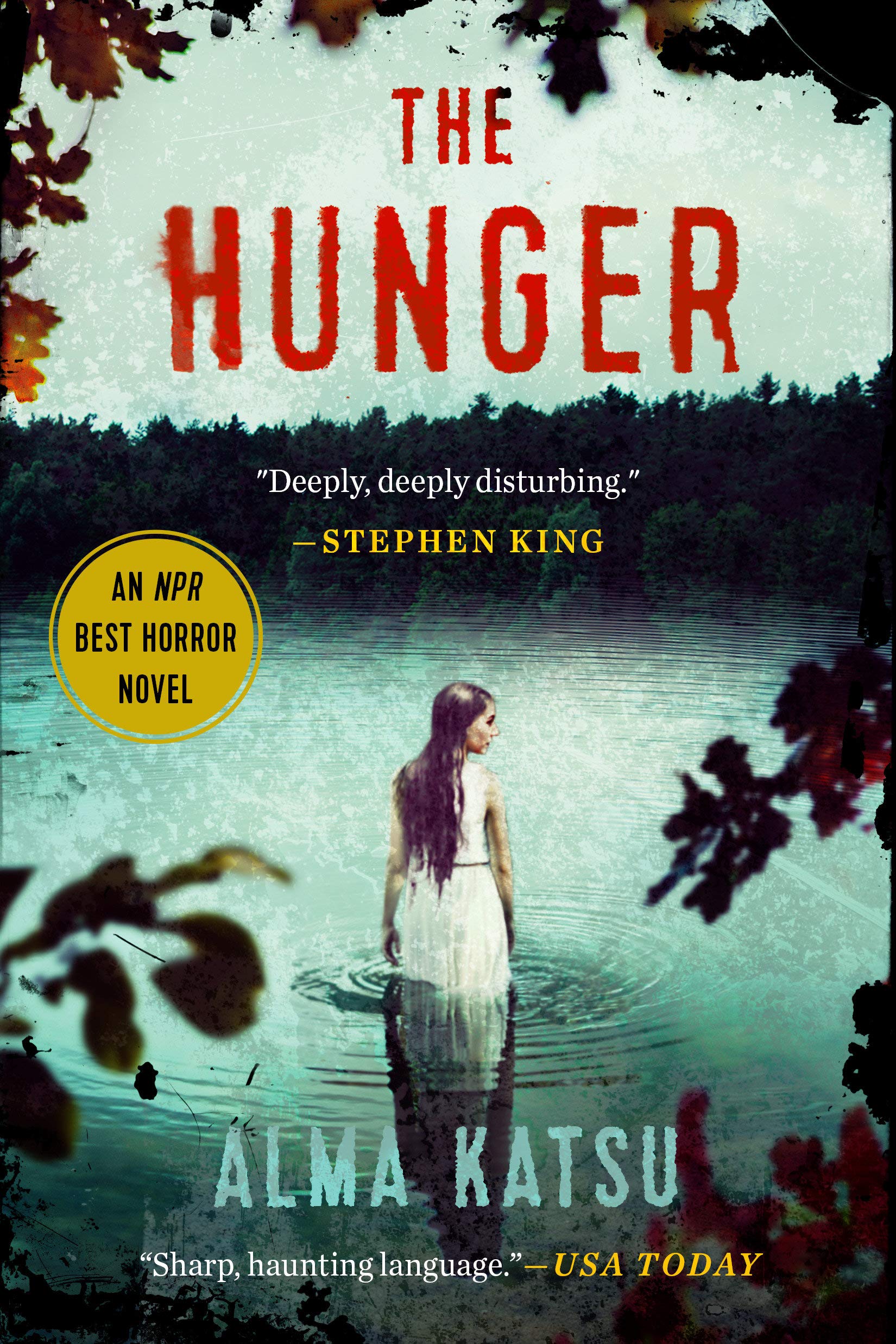