Spooky season is upon us, which means that it’s time for some Netflix and Chills. After you’ve loaded up on that pumpkin spice (or apple pie) and decked out your space with the best Halloween decor, there’s nothing left to do other than to settle in for a good ‘ole fashioned horror movie marathon. There are a ton of streaming services out there, but Netflix offers an array of spooky selects that will satisfy any scary movie craving. The best horror movies on Netflix encompass everything from:

Looking for something paranormal? They’ve got The Ritual and Fear Street. How about something a little more grounded in reality, like Hush or His House? No matter what Halloween 2021 looks like during lockdown, these horror movies will send shivers down your spine. Don’t forget to stick around till the end for some honorable mentions, including a Jennifer Lawrence horror movie and a mind-bending thriller.

So check under the bed and don’t turn off the lights –– here are the best horror movies on Netflix right now.

Watch this if you like: The Strangers, You’re Next

Synopsis: An ordinary evening turns into a night of survival for a deaf and mute writer when a sadistic masked killer arrives at her doorstep. The terrifying-because-it-could actually-happen fright flick stars Kate Siegel (The Haunting of Hill House). She also co-wrote the script alongside her real-life husband, director Mike Flanagan (Doctor Sleep). 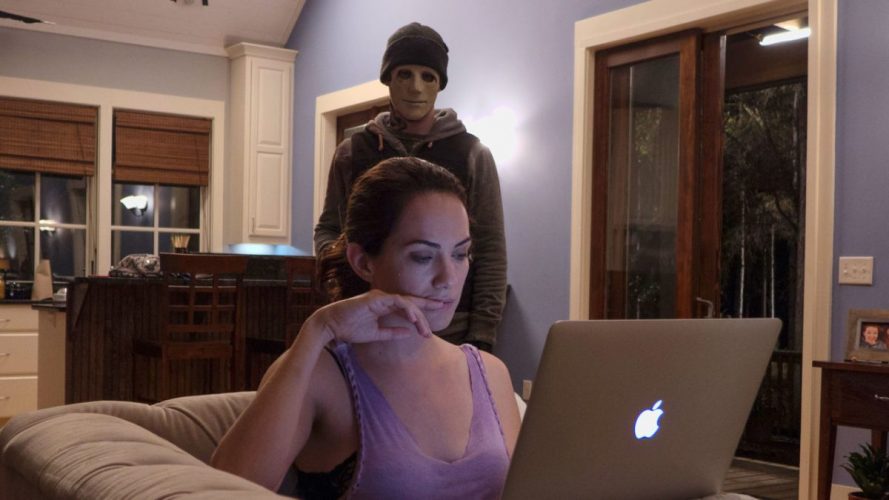 Watch this if you like: The Descent, Quarantine, stories about old-school Catholic guilt

Synopsis: A crew of treasure hunters experiences a trip from hell as they search for the philosopher’s stone in the Catacombs of Paris. The film came out at the tail end of the found footage boom that was kicked off by Paranormal Activity in 2009 but stands out as a fresh entry within the sub-genre. 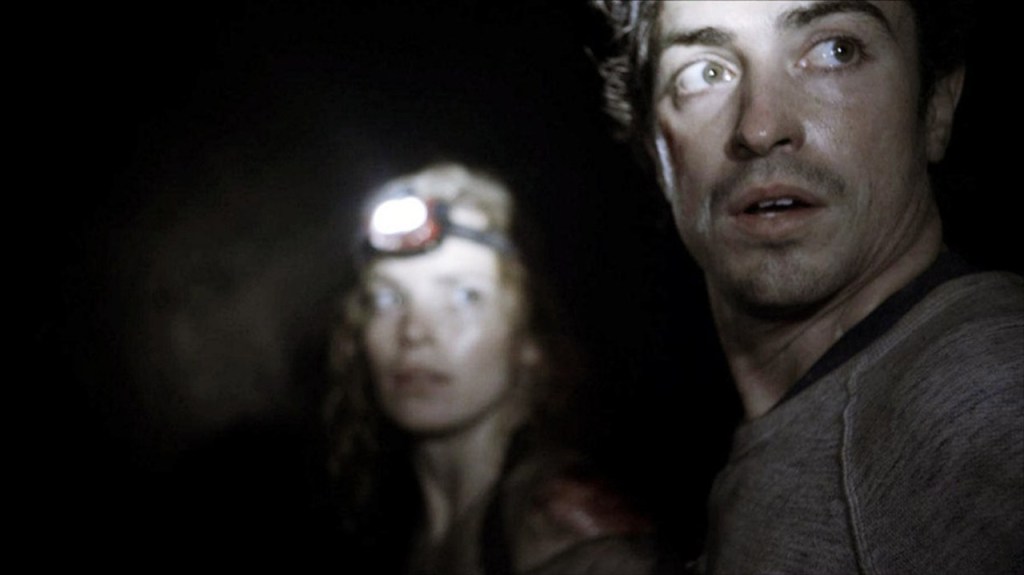 As Above So Below

Watch this if you like: The Blair Witch Project, The Witch

Synopsis: A group of friends on a hiking trip through the Swedish wilderness begin to realize that they’re far from alone in the desolate setting, and mysterious occurrences start to rattle the members of the group. The atmospheric flick was a film festival darling, playing at the Toronto International Film Festival in 2017 and selling to Netflix for a reported $4.75 million afterward. 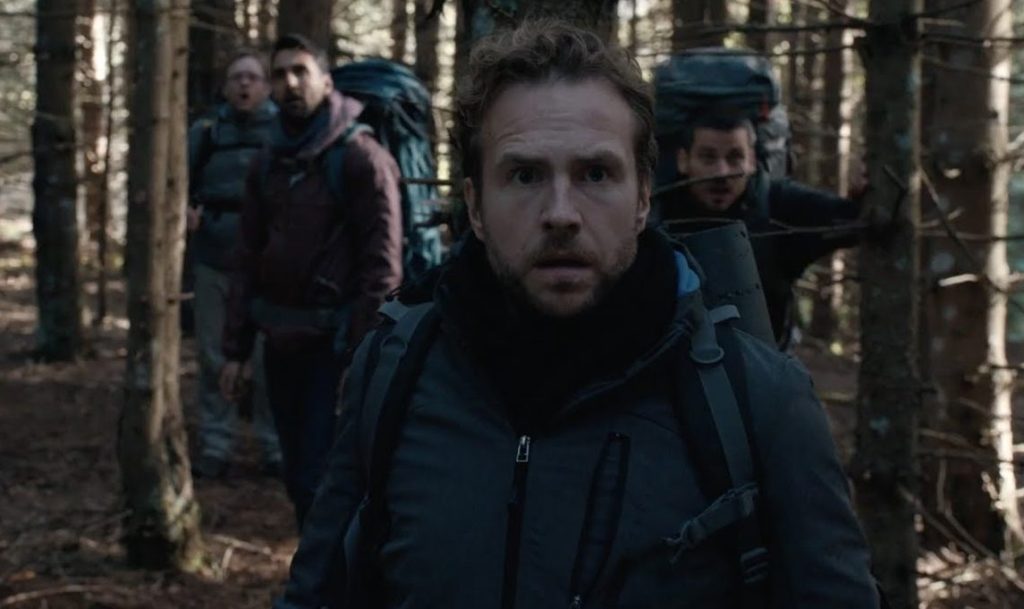 Synopsis: A videographer (Patrick Brice) accepts a job in a remote mountain town. The task? Document the client’s (Mark Duplass) every move –– but it soon becomes apparent that one of them might be harboring dark secrets of their own. Creep 2 is also on Netflix, so this could make for a spooky double feature. 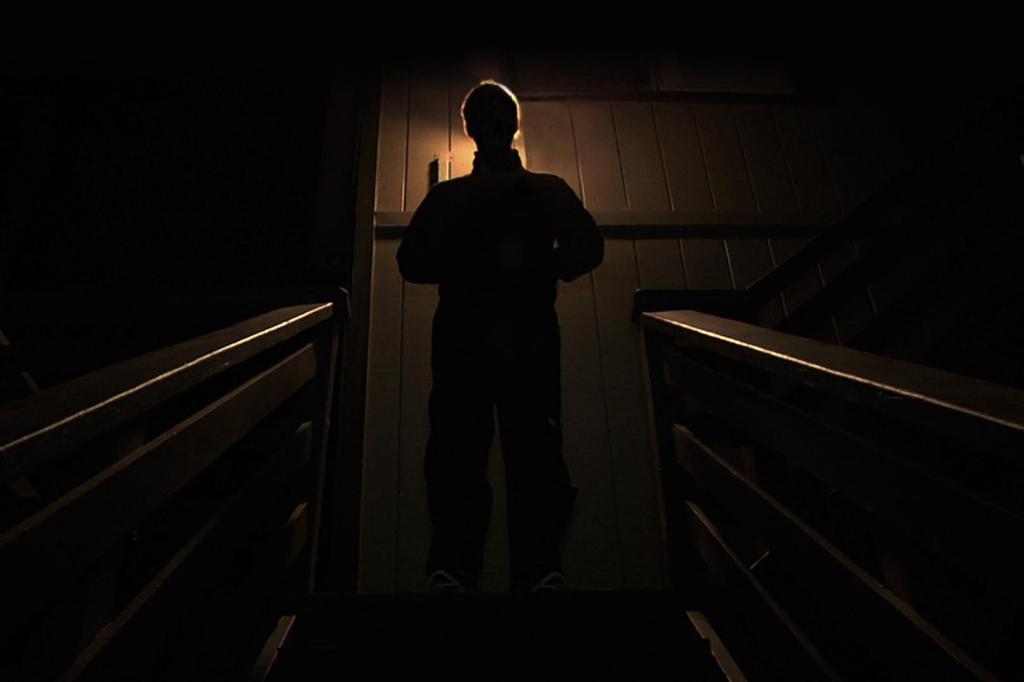 Watch this if you like: The Invitation, Get Out

Synopsis: A young woman new to Los Angeles struggles to find comfort in her bizarre apartment complex. The film, directed by first-timer David Marmor, scored positive reviews from critics, which is a rarity in the horror genre. 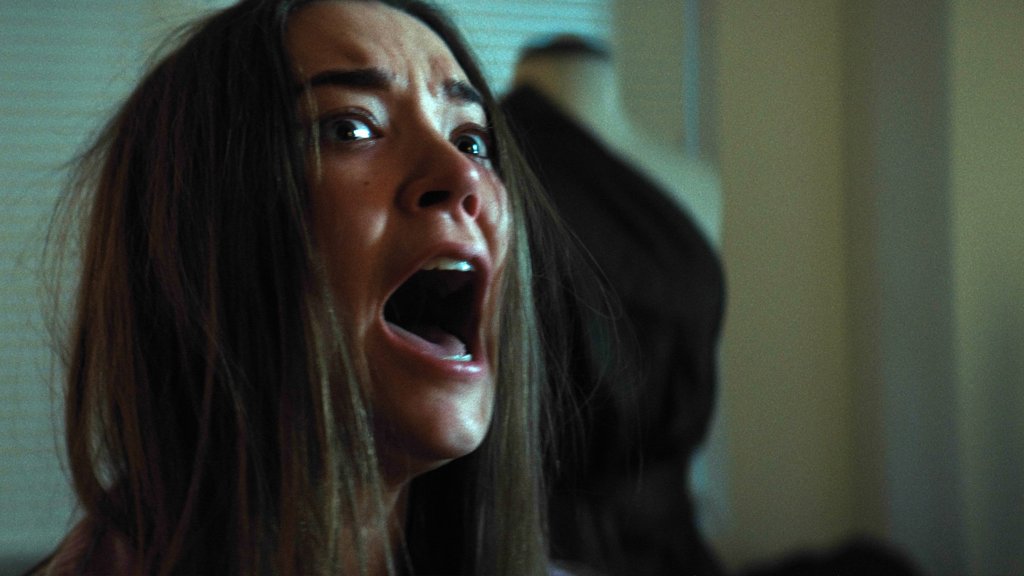 Synopsis: Following an intimate rendezvous gone wrong, a woman (Carla Gugino) finds herself handcuffed to a bed frame at a remote lake house. As she attempts to find an escape, her past comes back to haunt her. The film, directed by Mike Flanagan (Doctor Sleep), is based on a short story by Stephen King. 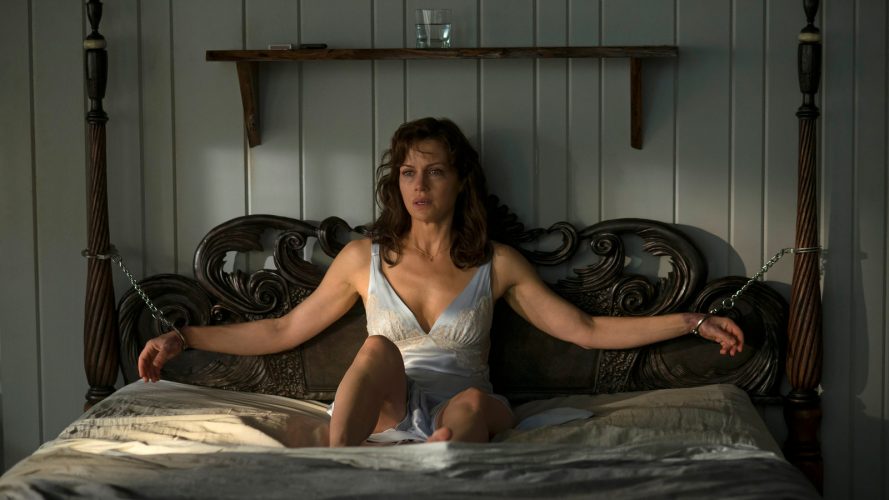 Watch this if you like: I Know What You Did Last Summer, Scream, Stranger Things

Synopsis: The town of Shadyside has been cursed since 1666 and a group of teens is ready to take on its hometown ghosts in this trilogy of films based on the R.L. Stine series. Murdering sprees plague a summer camp, witches are burned at the stake and there is no shortage of one-line zingers. What more could you ask for in a horror trilogy? 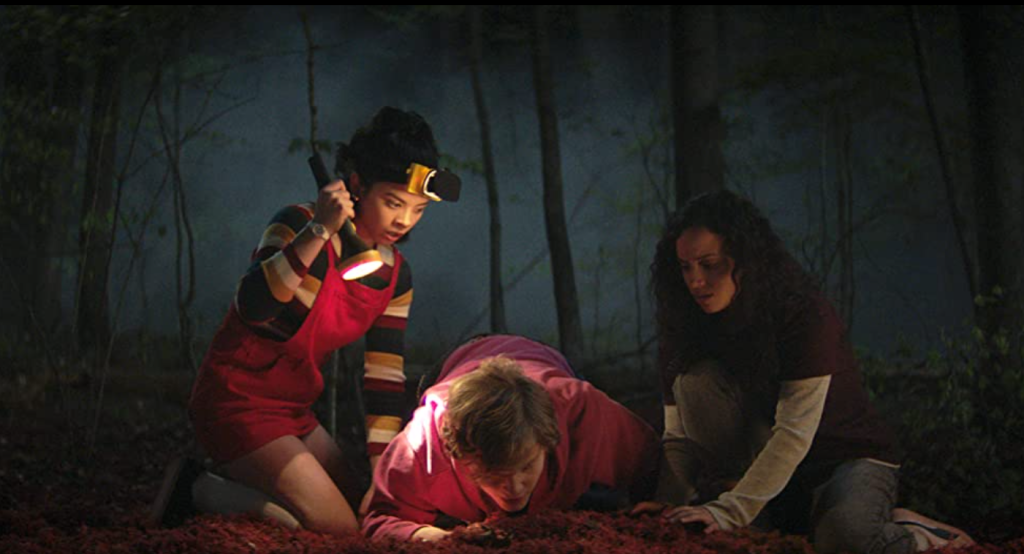 BEST REASON TO STAY IN THE CITY

Watch this if you like: Hereditary, The Conjuring, The Haunting of Hill House

Synopsis: Amanda Seyfried plays a wife whose husband finds the perfect rural home for them but neglects to share with her the reason behind its affordable price tag. Spoiler, it’s very, very haunted. The film packs several scares and while some of the twists are a bit contrived, it still has plenty of horror in it. That wallpaper? Ugh! 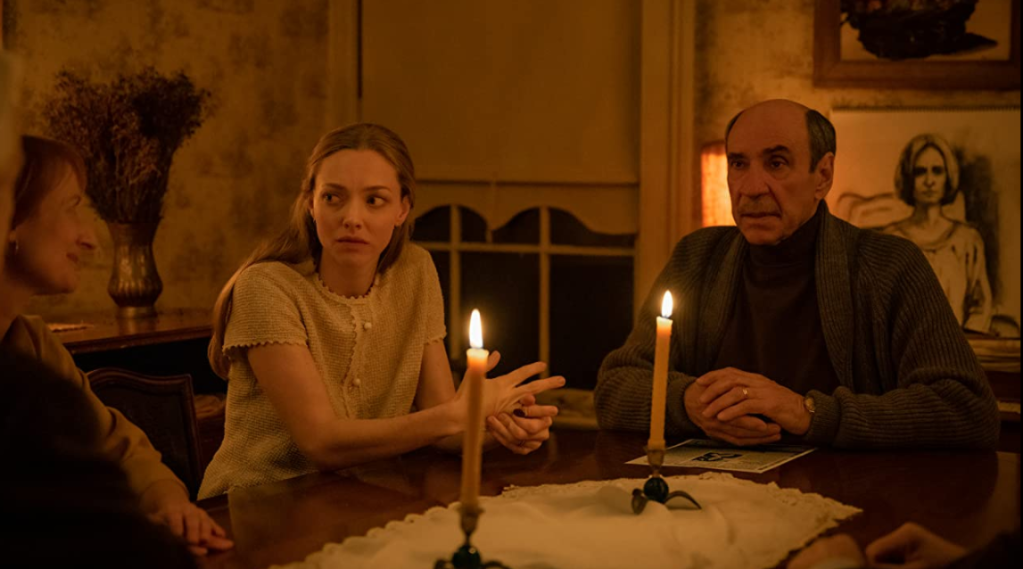 Watch this if you like: 28 Days Later, Hereditary, Midsommar

Synopsis: After a deadly virus wipes out most of the human race, two families find themselves sharing a wooded area and eventually a cabin. When the groups begin to mistrust each other and suspect the other of infecting them, their paranoia leads to a series of violent events. The impressive cast features Joel Edgerton, Christopher Abbott, Riley Keough, Carmen Ejogo and Kevin Harrison Jr. 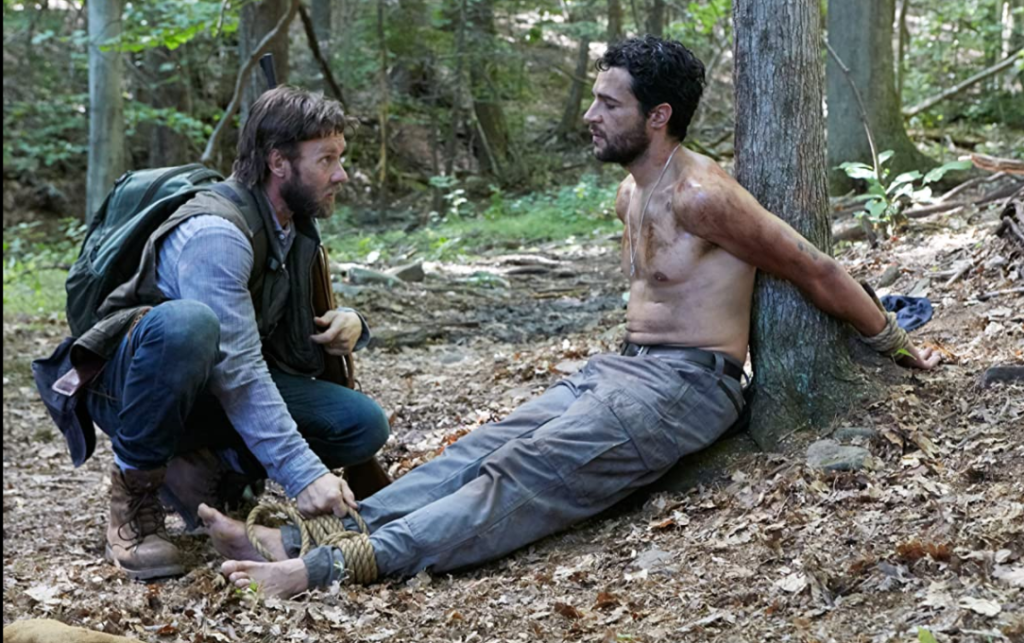 Synopsis: From the unique mind of writer and director Yorgos Lanthimos comes The Killing Of A Sacred Deer, a psychological revenge horror film that skips the jump scares and goes right to terrifying mind control. Colin Farrell plays a surgeon whose past mistakes come back to haunt him when a young man sets his sights on the doctor’s family, including wife Nicole Kidman, to even a score. 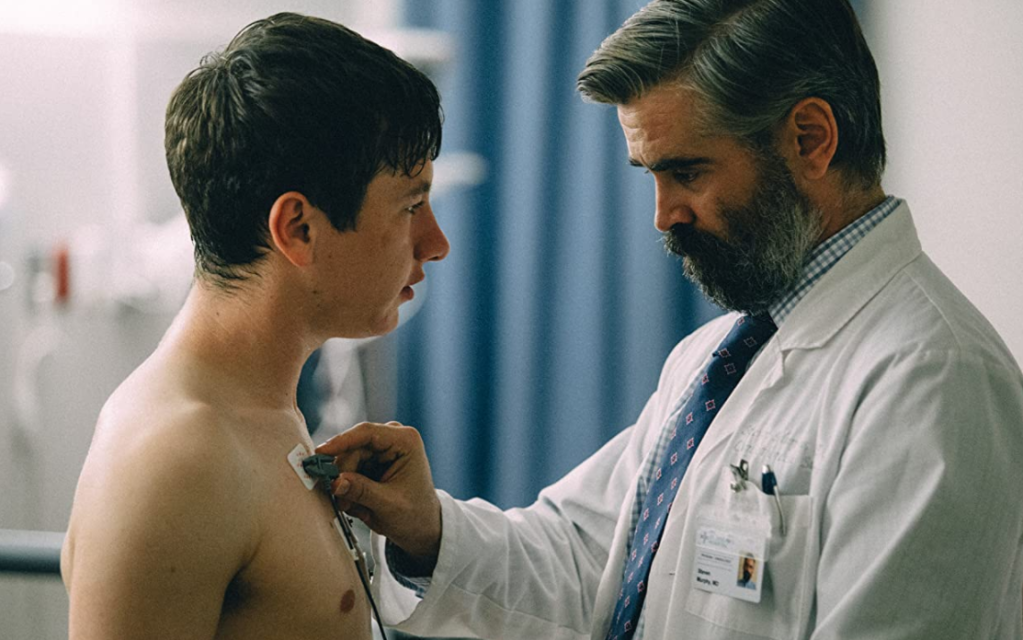 The Killing Of A Sacred Deer

Synopsis: A cautionary tale for anyone who thinks murder is an easier way out of a marriage than divorce (um, please just get divorced), 1922 stars Thomas Jane as a farmer who refuses to let his unhappy wife, played by Molly Parker, leave their dusty farmhouse with their son and head for the city. So, he kills her, buries her body in a well, and then realizes their prenup included “Will Haunt Forever If Murdered.” Lawyers’ fees would have been much easier and less terrifying than this excellent Stephen King adaptation. 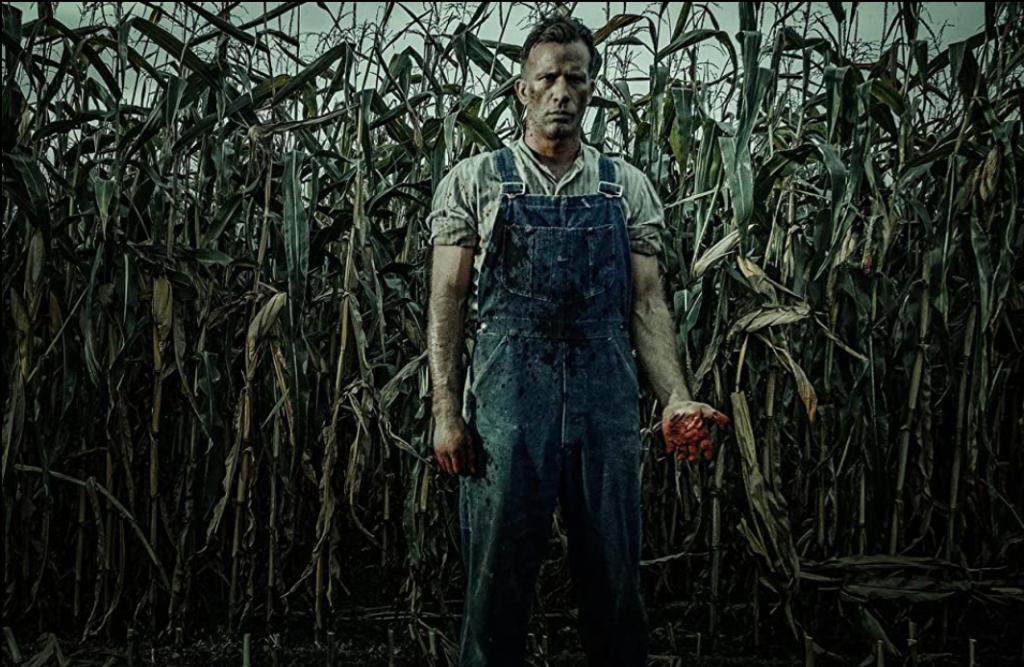 Watch this if you like: Cast Away, The Beach

Synopsis: Most of us would love a vacation on a remote beach, but not if that vacation starts with being shipwrecked and ends with the realization that the remote beach is home to monsters. Like, actual monsters, not just other tourists who talk way too loud and are rude to the hotel staff. Kiersey Clemons brilliantly carries this horror film that gives Tom Hanks some competition for the future fictional season of Celebrity Naked and Afraid.

Watch this if you like: Attack The Block, Shaun of the Dead

Synopsis: What happens when a group of kids in the Bronx discovers that a group of vampires is trying to move in? A film on gentrification with a horror backdrop is created. Part social commentary, part comedy, and a lot of jumps and scares to keep horror fans interested, Vampires Vs. The Bronx is a reminder that even flesh-eating zombies can’t crack the real estate bubble in New York. 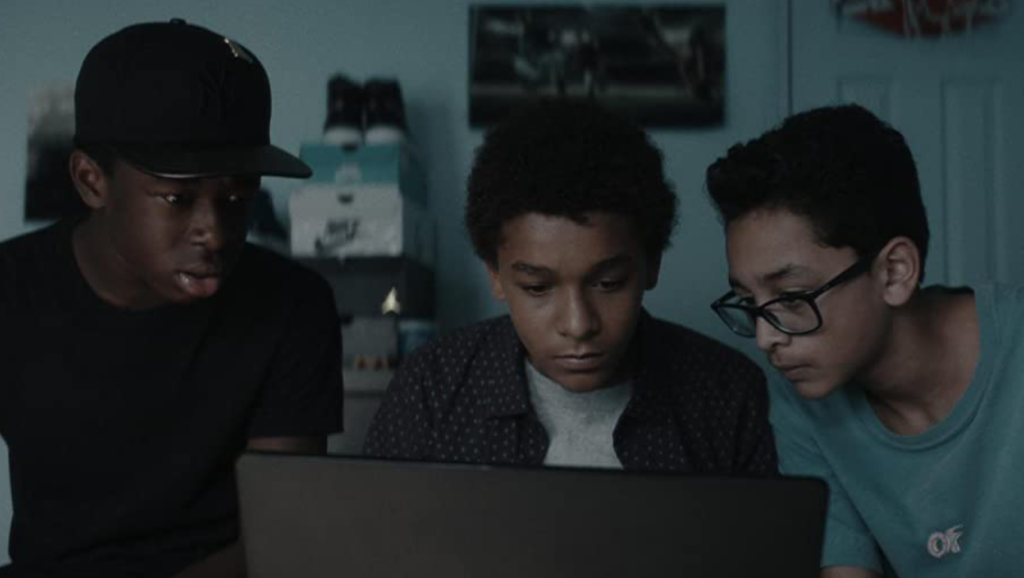 Vampires Vs. The Bronx

Synopsis: Blumhouse didn’t hold back with the 2018 release of this creepy horror movie, in which eight friends rent a haunted house on Halloween. There, they decide to play a game that claimed the lives of the last daring group to play it, unaware that history is about to repeat itself. The cast includes a crop of young stars like Lucy Hale, Tyler Posey and Nolan Gerard Funk, and while it didn’t earn critical praise, it has since gathered something of a cult following. 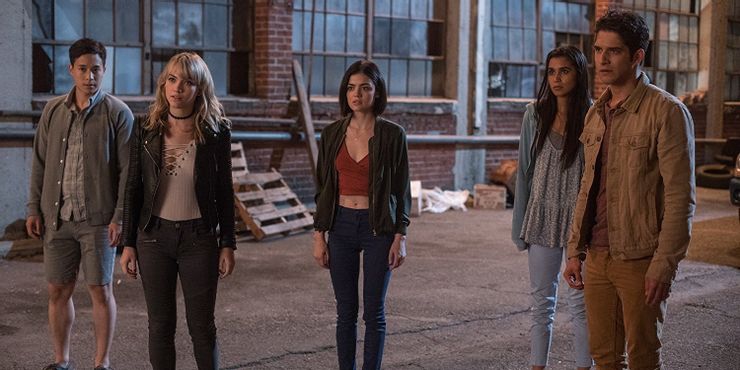 Watch this if you like: Pulse, Happy Death Day

Synopsis: Before everyone was zooming like it’s 2021, there was this screen-time heavy film revolving around six teens whose cyberbullying led a classmate to kill herself. When the group is targeted by a mysterious online stalker, the stakes are downright deadly. Unfriended takes place entirely on computer screens and was considered innovative back when it was released, however it still holds up today in that realistic, maybe-it-could-happen kind of way. 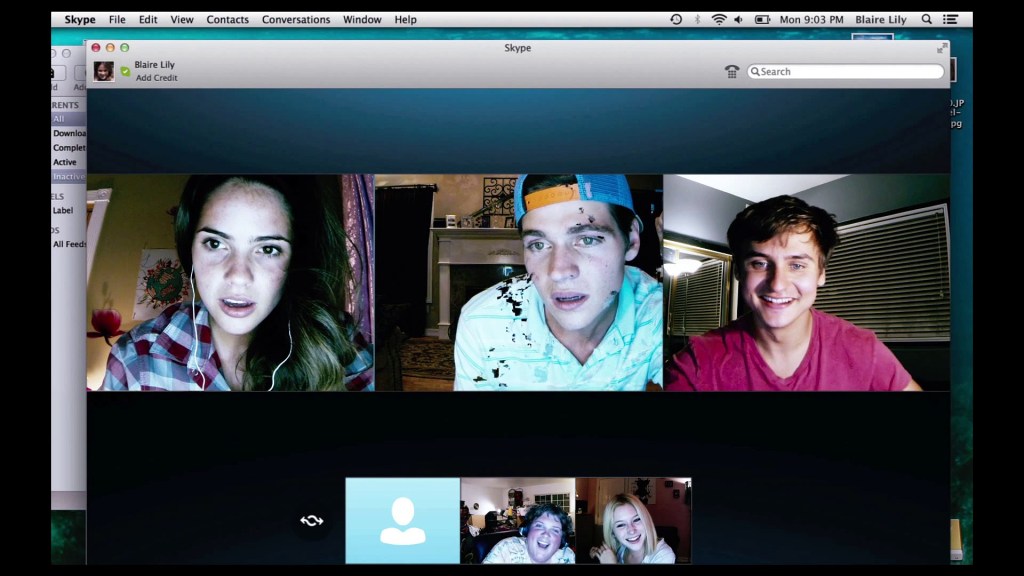 BEST TO SCRATCH THAT POSSESSION ITCH

Synopsis: This horror movie from writer-director Pearry Reginald Teo revolves around a young single father and his son. When a series of disturbing, supernatural events in their home start going down, Daddy Dearest begins to realize his sweet little man may be possessed. Is this the best of the exorcist-inspired films out there? Not really. But if you’re a completist who likes to compare and contrast these kinds of films, then it’s worth adding to your watchlist.

Synopsis: A mother (Sandra Bullock) and her two children make a blindfolded trip through the woods and across the river in order to find sanctuary from a mysterious, evil entity that kills all who see it. While this flick trends more towards sci-fi or thriller, there’s no denying it’s full of chills. Even more importantly, Bird Box is one of Netflix’s pioneer originals, and it bolstered the streaming service’s credibility in the features game when it debuted. 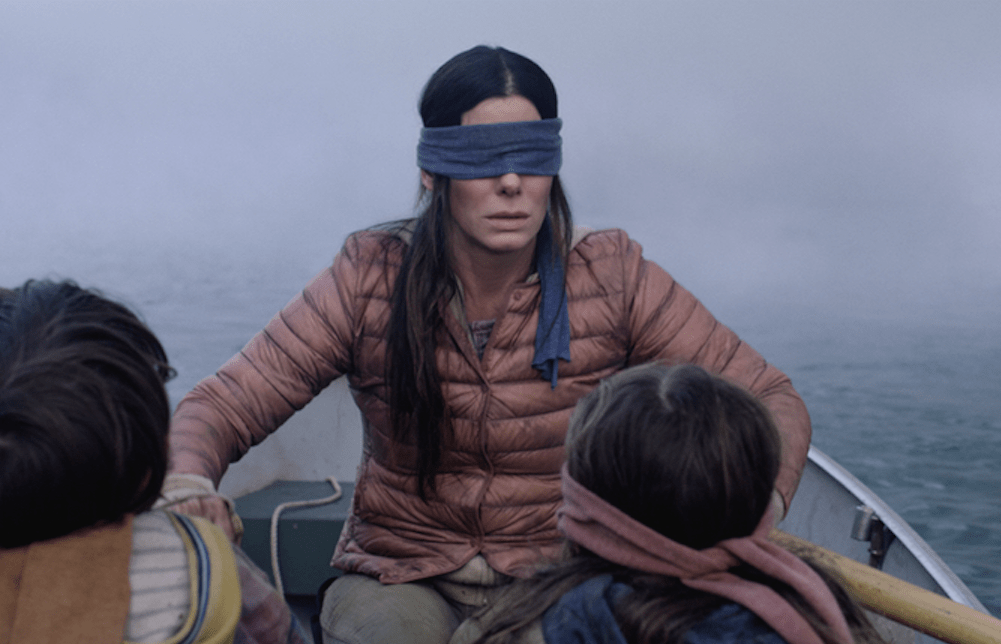 Synopsis: Urban legends come to life in this 2002 entry, in which anyone who sees a mysterious videotape dies exactly one week after viewing it. The action specifically revolves around a journalist (Naomi Watts) who tries to solve the mystery of the tape, putting her own life on the line in the process. While the film debuted to mixed reviews it is full of unforgettable images (that well!), plus you can’t discount the fact that it spawned a whole bunch of sequels. 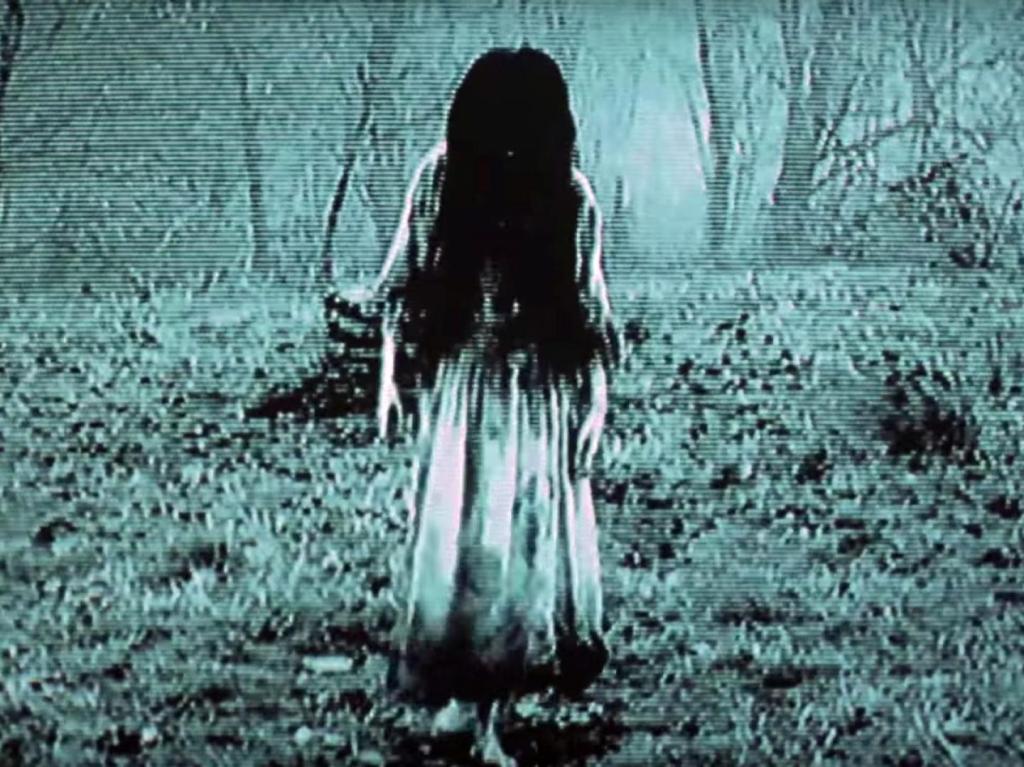 Synopsis: You can’t really talk about the best horror movies on Netflix without mentioning one of the original franchise starters, The Conjuring. The 2013 movie from director James Wan stars Patrick Wilson and Vera Farmiga as the Warrens, a real-life couple who hunted supernatural beings for a living. This movie in particular follows the characters as they help a family terrorized by a presence in their home, but it spawned what many horror fans now fondly refer to as The Conjuring Universe. 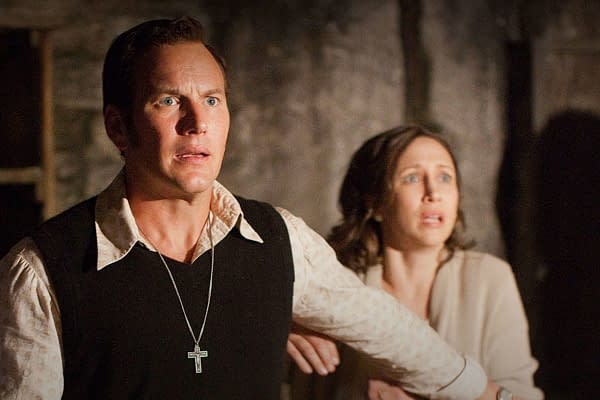 Watch this if you like: 28 Days Later, I Am Legend

Synopsis: This 2018 Australian-set zombie flick stars Martin Freeman (The Hobbit) as a man struggling to find safety for himself and his infant daughter after a pandemic decimates the world as he knows it. While the apocalyptic premise is more than a little familiar by now, compelling acting and a beautiful setting make this movie totally worth the watch. 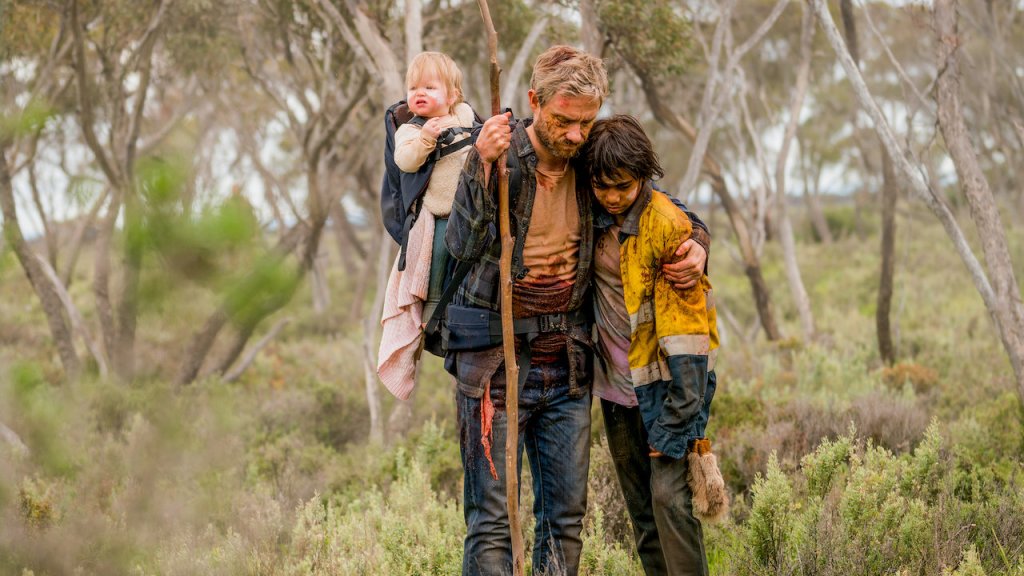 BEST USE OF HORROR TROPES

Watch this if you like: The Woman in Black, The Strangers

Synopsis: When a refugee couple escapes a harrowing life in war-torn South Sudan, they believe their new life in an English town will finally bring them peace. Little do they know that there’s a whole new kind of evil lurking beneath the surface, one that gives them anything but rest. This horror movie has been celebrated for offering an unprecedented look at the refugee experience, but it also delivers optimal scares that earn it a place on this list. 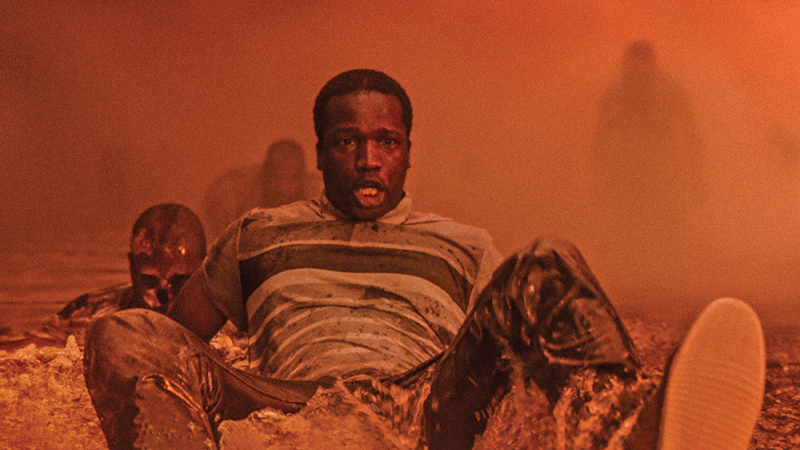 Watch this if you like: Goodnight Mommy, The Wailing

Synopsis: Writer-director Babak Anvari uses the supernatural to deliver a commentary on war with this 2016 offering, which takes place during the Iran and Iraq conflict in the 1980s. It follows a mother and daughter who fight for their lives after an array of Middle-Eastern spirits are set loose in their building via a cursed missile. But really, that’s just where the scares start getting good. 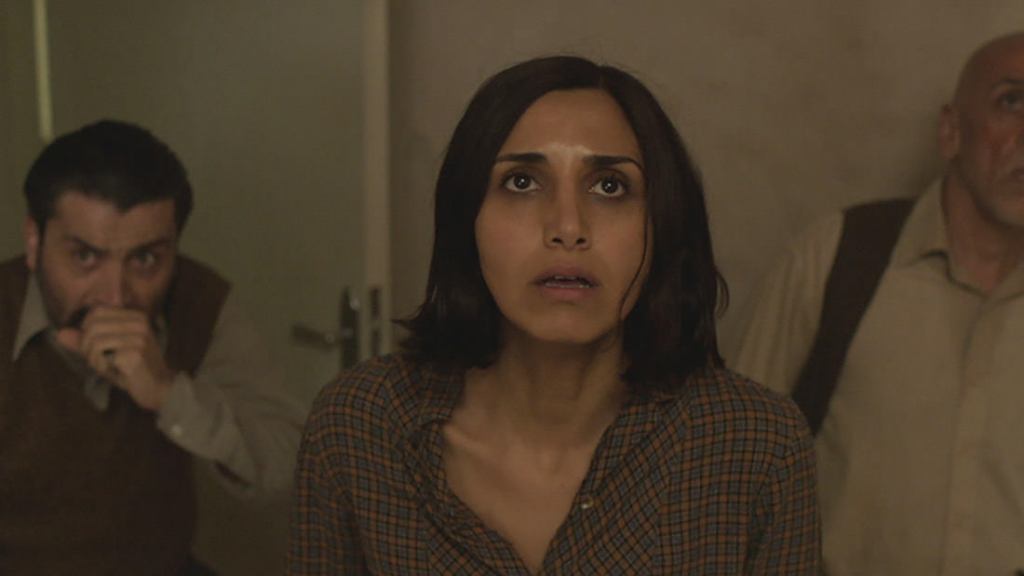 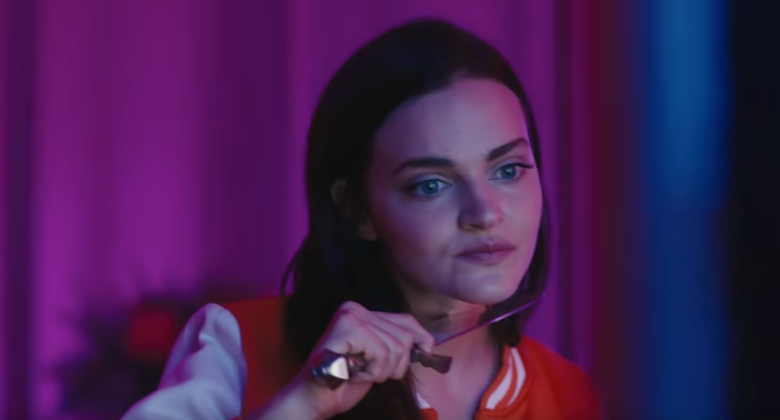 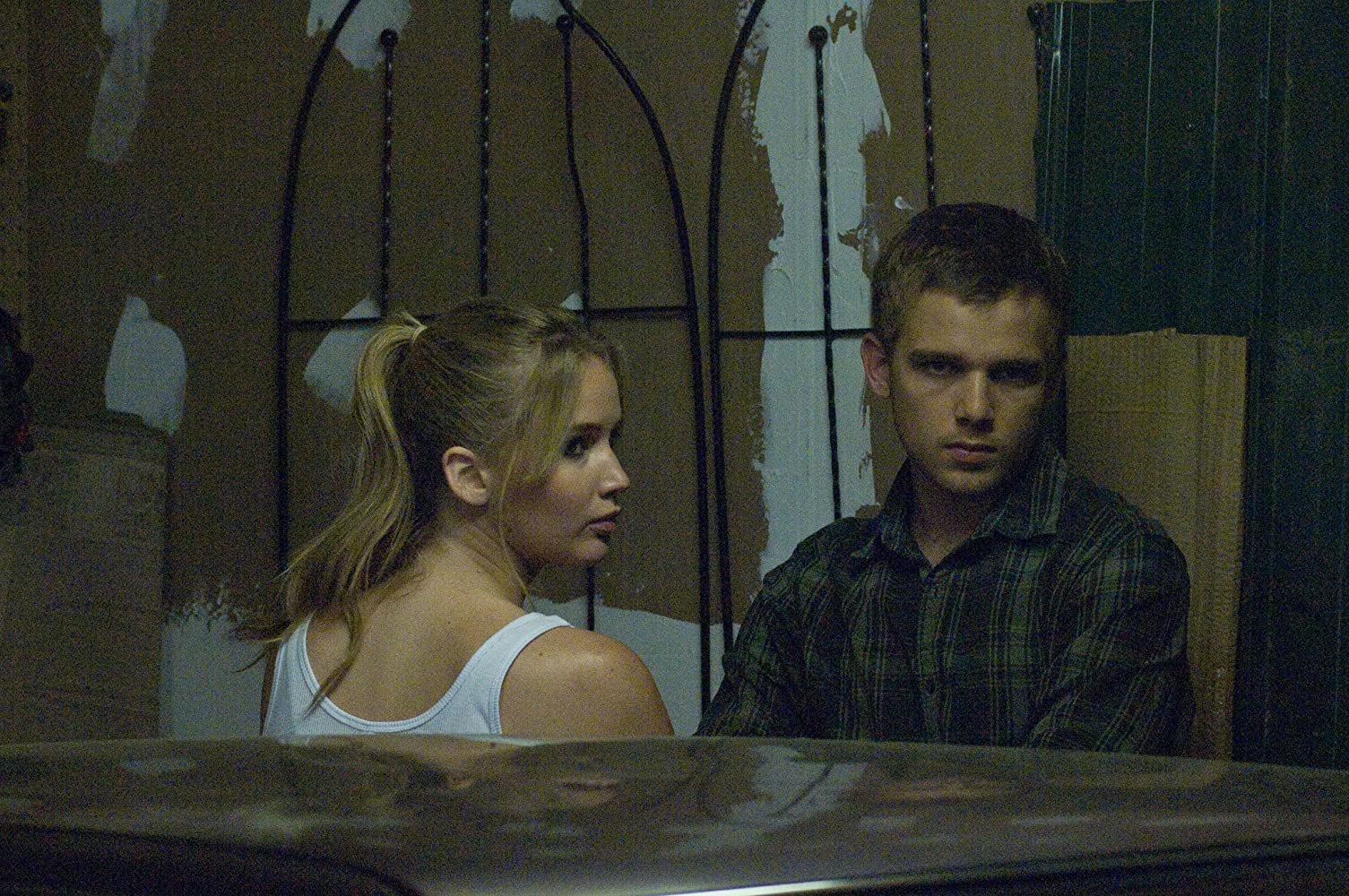