At an average arcade, the most crowded games are typically the more physical ones. Maybe this is blasphemy, but Pac-Man and Asteroids aren’t as exciting anymore knowing that games like that can be played on your phone. But the thrill of games like air hockey, electronic basketball, and Dance Dance Revolution simply cannot be replicated on a phone.

One game that fits in that category is pinball. Pinball, in some form or another, has been around for literal centuries. Its antecedent dates back to the late 18th century (the object was actually to get the ball into the holes using the launcher, but the mechanisms were pretty similar). Despite how long it’s been around and the fact that gameplay on every machine is more or less the same, it’s endlessly fun to try out new machines and see the creative graphics and effects designers put into it. It’s arguably just as entertaining to stand there and watch the ball get catapulted by the obstacles as it is to actually hit the ball with the flippers yourself. The physical element of it sets it apart from computer games, because you know there’s no algorithm that can save you from an errant ball.

If you’re a pinball addict, you can try to get your high from an app version of the game. But it’s not the same. If you want to chase those thrills, you need a mini pinball machine. They come in a lot of different sizes, and the bigger ones are typically more involved. Some are the tabletop kind, which can be one to two feet long and have features like lights, ramps, and graphics. Others are more of a handheld size. The handheld versions can be taken anywhere you might want to kill time, like the bus stop, laundromat, or even a business meeting (we won’t tell). And of course, miniature pinball machines are a fun thing to give to kids, too.

If you’re looking to replicate the fun of pinball without a machine that will take up your entire living room, these are the machines to get. We’ve also included some other mini arcade games, so you can set up an entire mini arcade on your living room table.

For something with a vintage look and feel, this game has a wood playing field, launcher, and metal ramps. It’s tabletop-sized, and it has a leg on the back to keep it at an angle. The game also has some 3D components, including ramps and hidden tunnels. That means that even though there are no electric components, it still captures some of the most exciting aspects of a pinball machine. 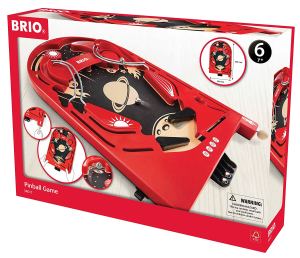 This mini-game isn’t exactly the same as pinball. That’s because it doesn’t actually have flippers. Rather, the goal is to use the spring mechanism to launch the ball and watch it roll past the obstacles into one of the slots, which are worth different points. It comes in a few different styles, including “Space Race,” “Curious George” and “Home Run.” It’s 10-inches tall, so it’ll be small enough to carry around.

Cons: Not a true pinball game, since there are not flippers. 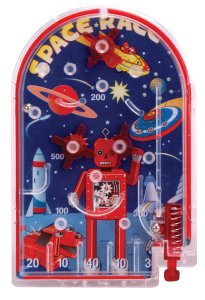 If you’re looking to buy some mini pinball machines, why not add Frogger to the collection? The screen and buttons are so small that it may be hard to actually play it, but the controls and screen are fully functional. The game is pocket-sized and resembles the classic full-size machines. It’s a great novelty gift that captures the fun of a traditional machine, even if you have to squint to actually play it. The seller also offers other classics like Galaxian and Space Invaders.

Cons: Volume can’t be turned off during play, so it’s not ideal for discreetly playing. 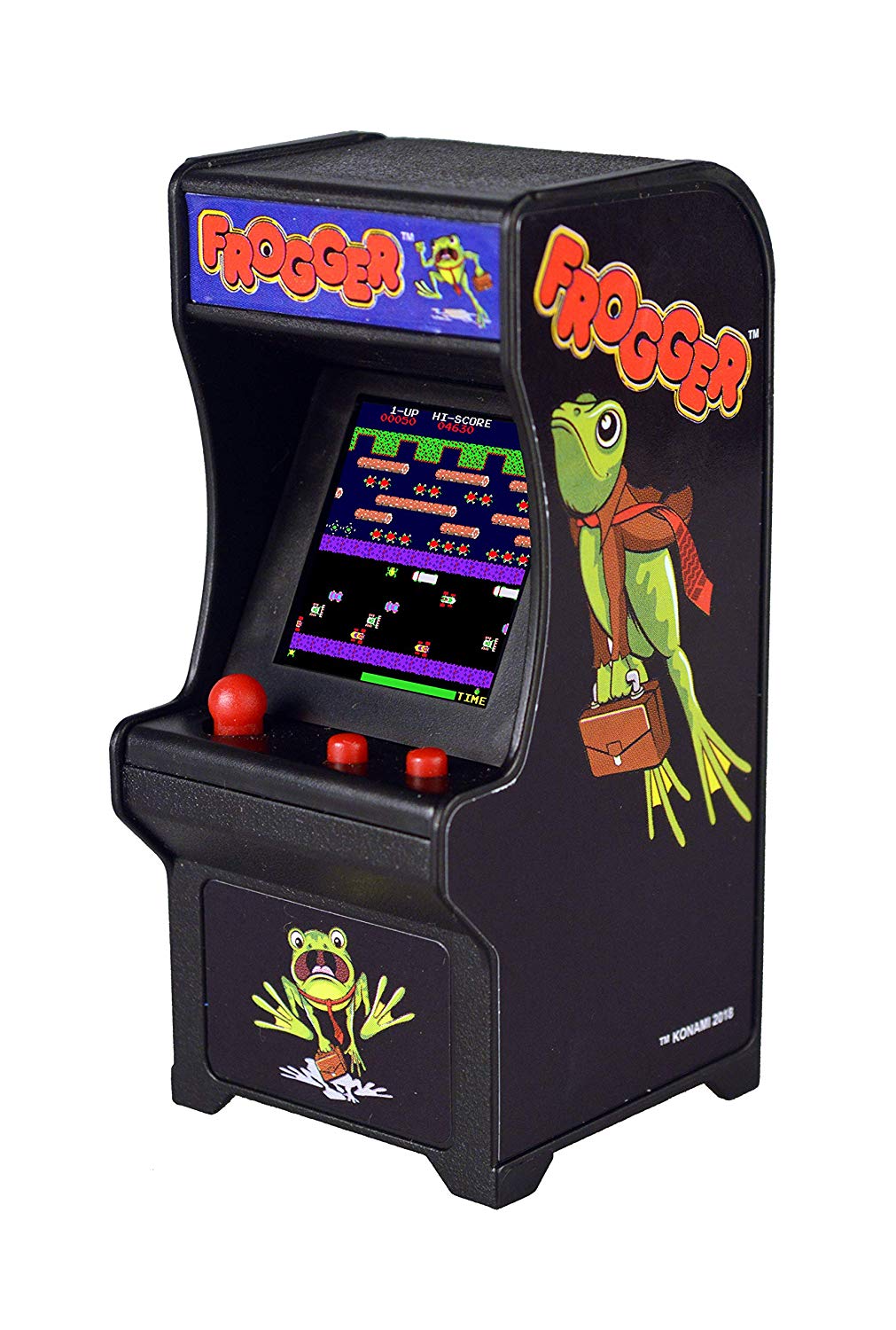 Giving someone cash or a gift card doesn’t feel as thoughtful as giving it to them in the form of a pinball game. The cash is inserted in the transparent case, so the person playing can see the bill. Hitting the slot with a ball three times will cause the case to open, so the person can access the gift. Best of all, this game is reusable. Once you’ve accessed the gift you can put something new in, or simply keep playing it. As for the mechanics of the game, it has a launcher, two independent flippers, and even a ramp.

Pros: Clever and entertaining way to gift someone cash or a gift card. Works as a pinball game without the cash element, too.

Cons: Amount of luck involved in getting the balls to the target means it may be too difficult without cheating. 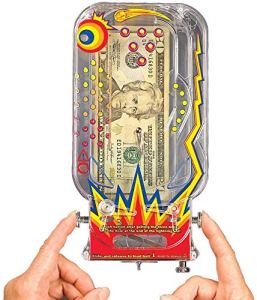 Another thing to add to your mini arcade collection is this miniature skeeball game. It replicates the look of a full-size machine, down to the side-netting and numbered guard rails. However, instead of rolling the mini balls (because that would be too easy), you use the launcher to shoot the balls into the targets. There’s are also electronic scorekeepers and sound effects. Plus, the game comes with nine balls, so if you lose any (which you will), you’ll have enough left over to keep the fun going.

Pros: Retro aesthetic that captures the look of a full-sized skeeball machine. Has sound effects and a functioning scorekeeper. Includes nine balls. The game has two play modes, including a speed mode.

Cons: Volume is loud and can’t be turned off. 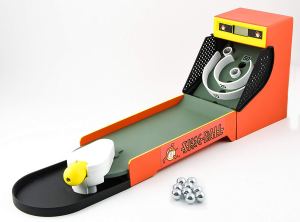