It was a night of surprises — and a night of political overtones — at the 2017 Emmy Awards, as the television academy honored the best of the best from the past year. 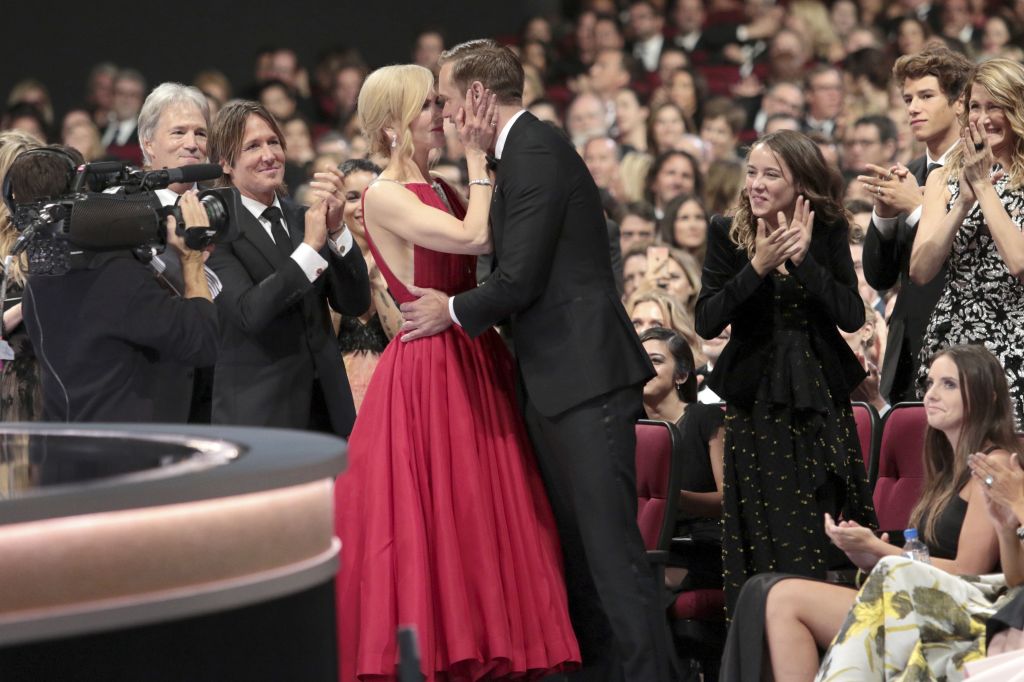 Photo by Invision/AP/REX/Shutterstock | Nicole Kidman, left, congratulates Alexander Skarsgard after winning the award for outstanding supporting actor in a limited series or a movie for “Big Little Lies” at the 69th Primetime Emmy Awards, at the Microsoft Theater in Los Angeles.

Big Little Lies, meantime, was a big winner, picking up the trophy for Outstanding Limited Series, with a Lead Actress win for Nicole Kidman, and supporting wins for Laura Dern and Alexander Skarsgard.

While President Trump was not at the event, the Commander-in-Chief dominated the conversation, both in host Stephen Colbert’s monologue and in the acceptance speeches. When Outstanding Comedy Series went to HBO’s Veep, showrunner David Mandel Mandel thanked shows “that truly inspire us” like Atlanta, Master Of None, Modern Family and “the Trump White House.”

Here are five other moments that stood out at the 2017 Emmy Awards, including more political salvos and that surprise cameo everyone is talking about.

Alec Baldwin won the Emmy Award for Outstanding Supporting Actor in a Comedy Series, thanks in large part to his portrayal of President Trump on Saturday Night Live. During his acceptance speech, he gave credit where credit is due and offered his award to the president. “I suppose I should say, at long last, Mr. President, here is your Emmy,” Baldwin said as he received his award. (Back when Trump was hosting The Apprentice, the reality show was nominated for eight Emmys, but failed to score a win). 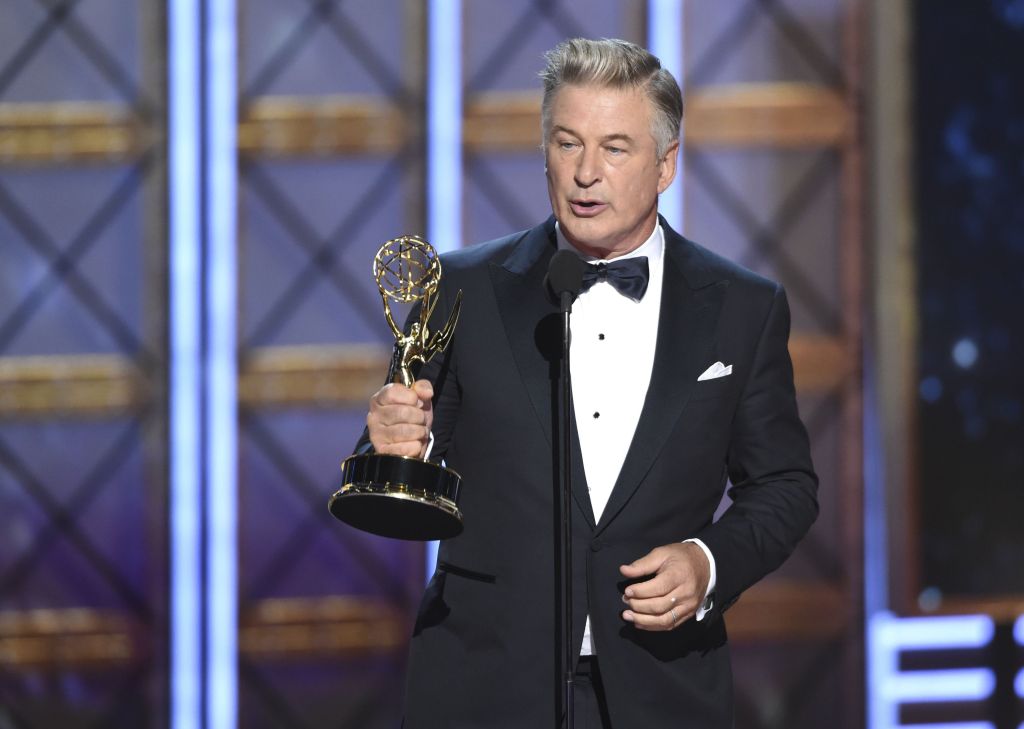 Related: 6 Things to Help Get You Through The Trump Presidency

2. Sterling Brown Gets Played Off

The audience wasn’t impressed when Sterling Brown was played off by the orchestra after accepting his award for Lead Actor in a Drama Series. The This Is Us actor gave a shout-out to Bryan Cranston and Jon Hamm’s lead actor wins (and referenced their characters onBreaking Bad and Mad Men). He also thanked his co-stars, calling them “the best white TV family that a brother has ever had.” 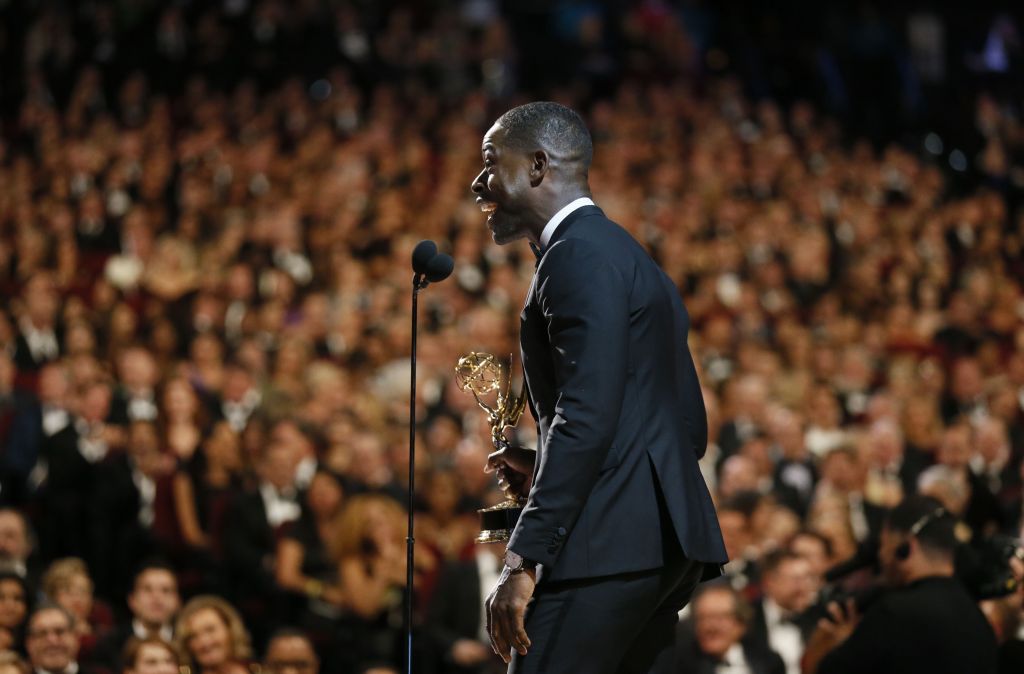 Photo by Invision/AP/REX/Shutterstock | Sterling K. Brown accepts the award for outstanding lead actor in a drama series for “This Is Us” on the red carpet stage at the 69th Primetime Emmy Awards, at the Microsoft Theater in Los Angeles

5 Shows to Binge Watch If You Like 'This Is Us'

Picking up the Emmy for Outstanding Lead Actress for The Handmaid’s Tale, Elisabeth Moss accidentally dropped the F-bomb — twice! While walking up to the stage to receive her award, the actress could be seen mouthing the F-word though it wasn’t heard on the broadcast. At the end of the speech, Moss thanked her mother, who she called a “f–king bada–.” Way to show the Regime who’s boss, Moss! 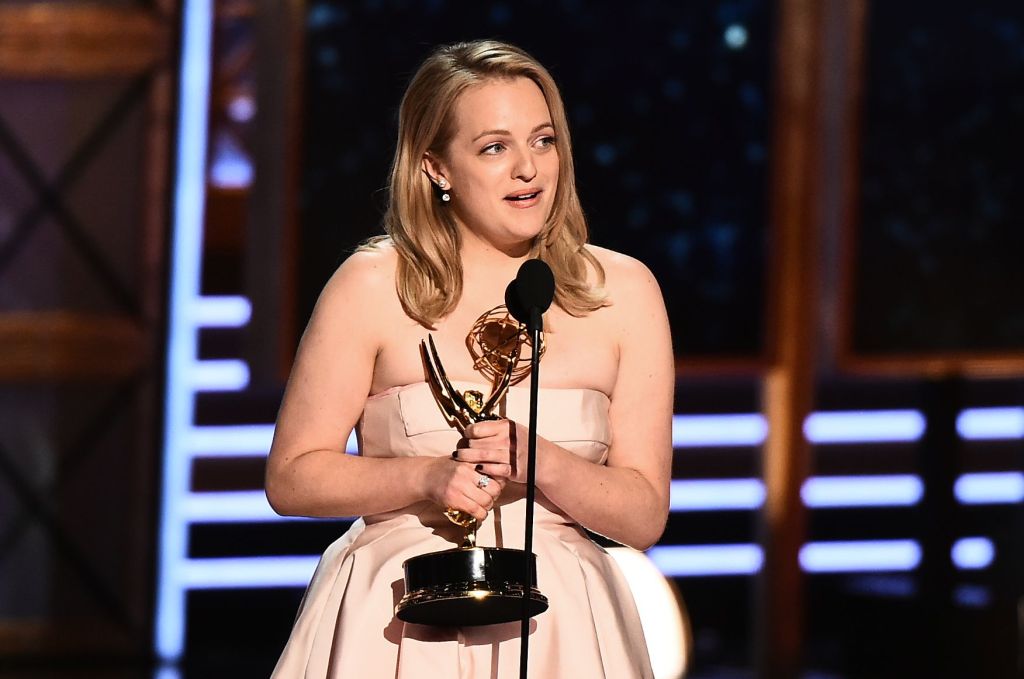 Read the Original Book That Inspired 'The Handmaid's Tale'

In a poignant moment during her acceptance speech, Nicole Kidman hanked the Emmys for “shining a light” on domestic abuse. The 50-year-old actress won the award for Outstanding Lead Actress in a Limited Series or Movie for her work on Big Little Lies, where she played a domestic abuse victim.

“It is a complicated, insidious disease,” Kidman said, of the cycle of abuse. “It exists far more than we allow ourselves to know. It is filled with shame and secrecy. By you acknowledging me with this award it shines a light on it even more, so thank you.” 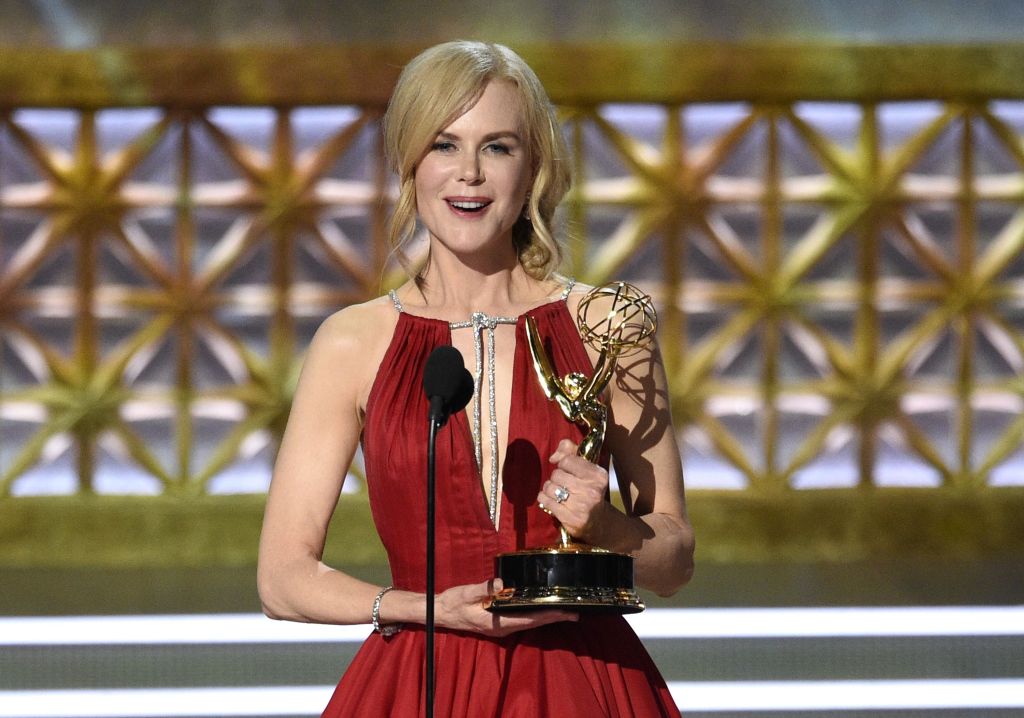 Photo by Invision/AP/REX/Shutterstock | Nicole Kidman accepts the award for outstanding lead actress in a limited series or a movie for “Big Little Lies” at the 69th Primetime Emmy Awards, at the Microsoft Theater in Los Angeles

Host Stephen Colbert’s monologue was filled with zingers, from tackling Hollywood’s perception of “diversity,” to thanking Game of Thrones for “not being eligible this year” and thus giving other shows a chance to win.

But Colbert saved the best for last, bringing out former White House press secretary Sean Spicer for a funny bit about the size of this year’s Emmy viewership. The camera quickly cut to Melissa McCarthy — who famously impersonated Spicer on Saturday Night Live — and well, everyone went wild from there. 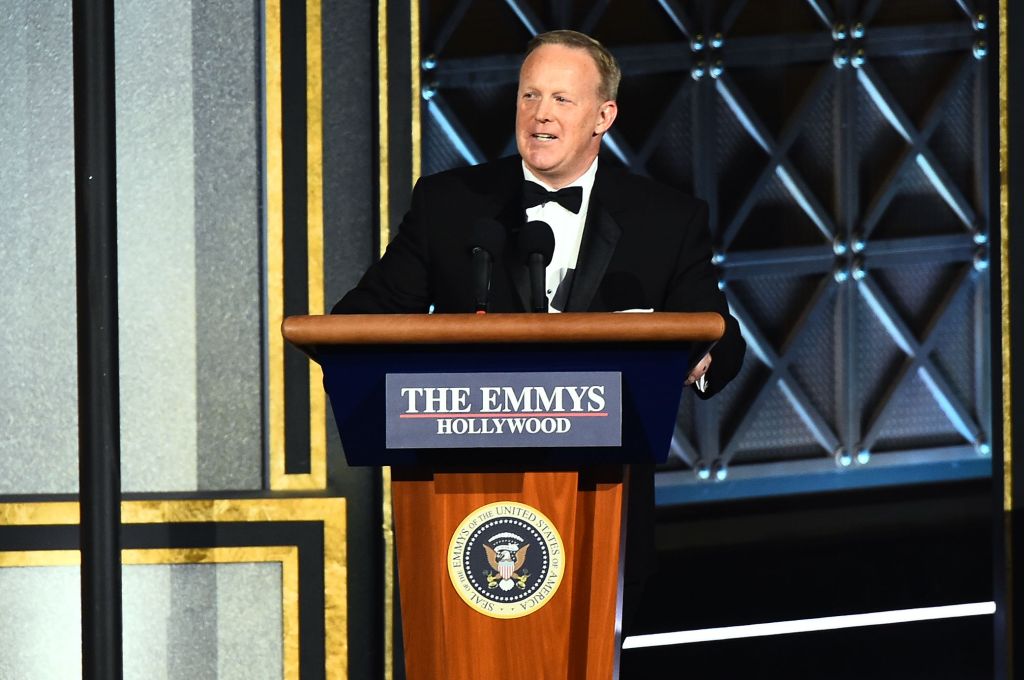