All eyes were on Katy Perry at the 2017 MTV Video Music Awards, as fans and viewers waited to see if she would respond to supposed rival Taylor Swift’s all-out barrage of new releases and announcements this week. Perry hosted this year’s ceremony, while Swift premiered her new music video during the show. 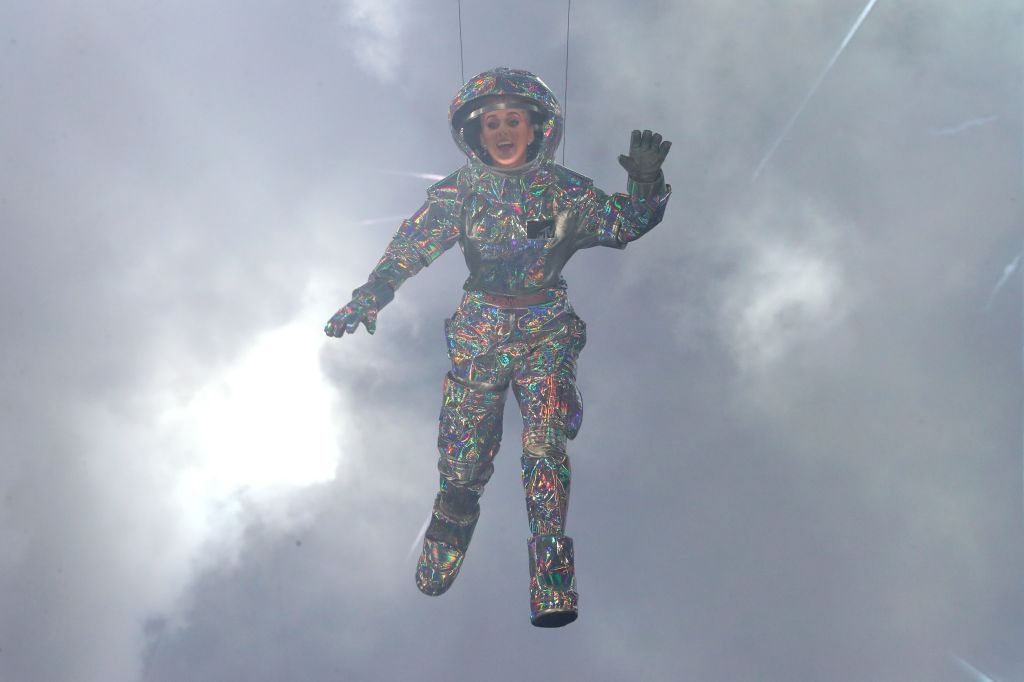 But while Perry addressed a few pressing rumors in a funny skit, she didn’t directly address T. Swift. Not that she had to. With a memorable hosting turn and a literal slam dunk of a performance to close out the show, Perry provided more than her fair share of moments without needing to fuel the feud.

The whole show was actually a surprisingly tame — and poignant — affair, save for a couple shady moments. Here are the five moments that stood out to us.

Call it the shove heard round the world — or at least on social media. Girl group Fifth Harmony had the Twitter-verse buzzing after their performance seemingly shaded former member, Camila Cabello. The group began their set with five members on stage, before one of the girls was pushed off (or did she fall on her own?) to her demise. The symbolic gesture had everyone talking — perfect timing to get some buzz going as 5H have just released their new self-titled album.

Kendrick Lamar opened the show with a powerful performance that literally went up in flames — and that’s not a bad thing. The rapper — who took home the MTV Award for “Video of the Year” — set the tone with a medley of his tracks, “DNA” and “Humble.” The showmanship was matched by a ton of pyro, a fire dancer and even more flames in the background. Kendrick wasn’t the only one sweating after that performance.

P!nk proved that she is one of the most under-rated (and dare we say, under-appreciated) artists in pop music today, with a dynamic medley of her biggest hits. The artist took home the Michael Jackson Video Vanguard Award for her memorable music videos, but it was her acceptance speech that really proved why she’s as A-list as they come. Starting with a story about her young daughter, P!nk’s words of self-acceptance, self-empowerment and self-love touched everyone watching, both young and old.

You may not know who Heather Heyer is, but after this year’s VMAs, MTV is hoping you won’t forget her anytime soon. Heyer was the victim of the violent protests that took place in Charlottsville, VA earlier this month, and MTV invited her mother, Susan Bro, to speak at this year’s ceremony. Bro announced the launch of the Heather Heyer Foundation, which would fund scholarships to those seeking a degree in social justice and education. Bro’s speech followed a touching tribute delivered by Jared Leto earlier in the night to late Linkin Park singer, Chester Bennington. Watch Leto’s speech here.

Katy Perry was a gracious host this year, up for anything and down for a bunch of funny — and some less funny — skits and gags. Still, she saved her best for last, closing the show with an energy-thumping, crowd-pleasing performance of her latest single, “Swish Swish,” featuring Nicki Minaj. In keeping with the newly-released “Swish Swish” music video, the theme of Perry’s performance was basketball, and she soared through the crowd for one final basket in the closing seconds of her performance. It was a great way to end the night and the show. She didn’t need to address Taylor Swift or any of the rumors — and she still got a slam dunk.