What’s better than playing your favorite games? Playing them with someone else, of course! We’re all spending a lot more time at home these days, and even though there are some of the best PlayStation 4 games and other titles to get through before the big new console reveals later this year, sometimes you just want to spend time with others.

During these difficult times where we don’t see a lot of other people, firing up an awesome multiplayer game gives you an opportunity to hang out with your best friends while still practicing social distancing. And outside of those IRL responsibilities, it’s fun to spend time with friends online, no matter what you’re up to. Whether you’re playing around in a world full of blocks in Minecraft or gunning down the opposing team in Overwatch, it’s all amplified by the presence of others. We’re social creatures, after all.

Here are some of the best online multiplayer games to play right now.

There’s nothing like inviting a friend to build together in Minecraft. Build a massive fort to stay safe in when the sun goes down or just go wild in Creative mode to see what kind of crazy creations you can come up with. There’s more building power with two or more people, obviously, and plenty of ways to amass more materials. You never know what you’ll find in the wide world of Minecraft, so recruit a friend to go exploring with you and see how much fun you can have! 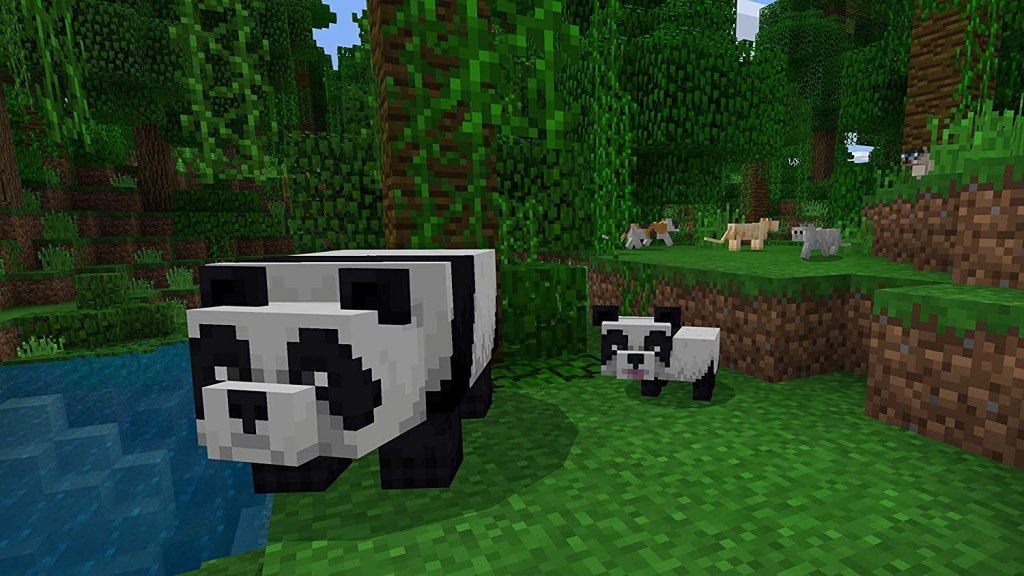 Ready for a board game night? The Jackbox Party Pack 6 has some awesome games to play with friends, from the comedy contest Joke Boat to the hilarious word game Dictionarium. The games can get as raunchy as you’d like and it’s absurd in all the right ways. All you need is a few online friends or some local buddies when we’re no longer social distancing, and you’ve got a party. Leave it to Jackbox to coordinate. 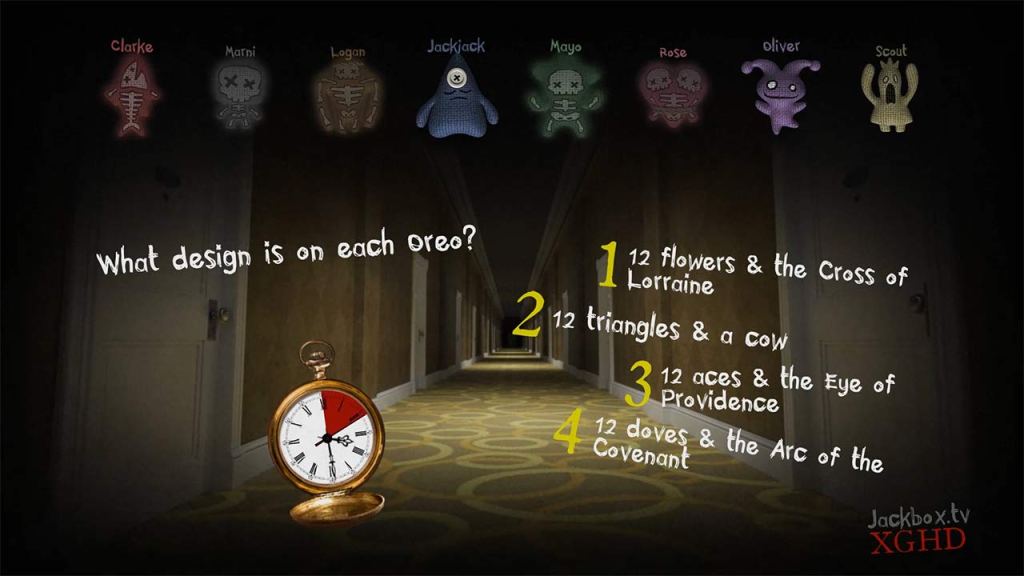 Take soccer and cross it with rocket-powered sports cars and you’d get something exactly like Rocket League, which is just as much of an adrenaline rush as playing soccer IRL. Join up with a friend on your team to take on combatants from around the globe as you work to knock an oversized ball into the other team’s goal. You’ve got rockets and jetpacks to propel you anywhere, as well as some truly awesome-looking decorations for your vehicle. Your friends can thank you later for introducing them to such an awesome game. 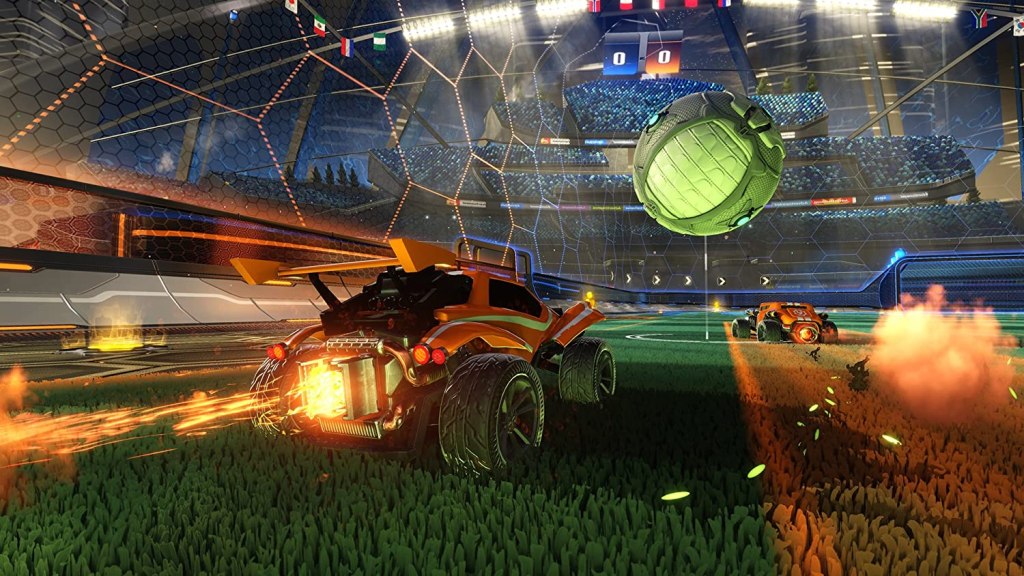 What’s better than a nice, relaxing session of farming with friends? Stardew Valley lets you work in tandem with buddies to plant crops and water them, reap the rewards when they’re ready, and continue expanding your quaint little plot of farmland. If you need something relaxing to spend time with friends while catching up over, this is one of the best choices you could opt for. Just don’t forget to retreat to the real world sometimes! 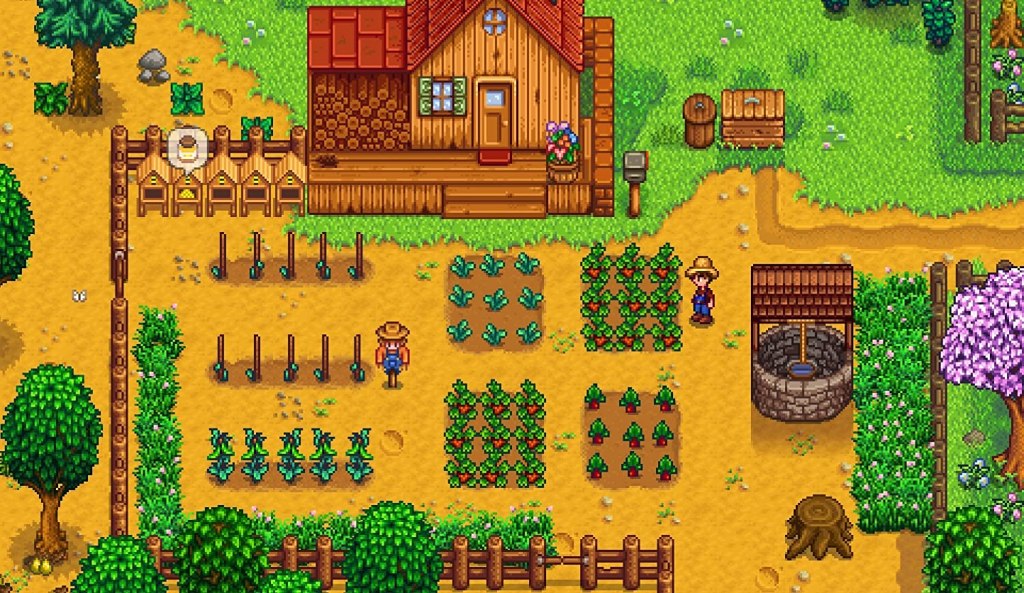 The world of Smash Bros. stands tall as one of the most reliable options for multiplayer action, whether you’re online with friends challenging others around the world or playing a few matches from the safety of your couch. This Nintendo Switch staple features a wide collection of characters to choose from, from a variety of Nintendo and third-party games. There are hours of fun to be had here, so bring all your friends to get in on the fun. 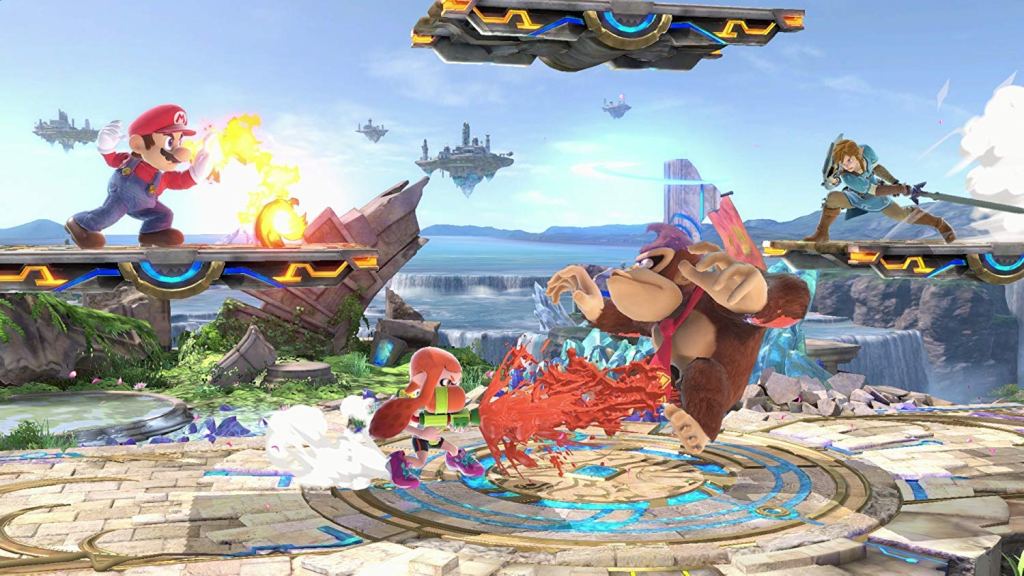 Overwatch is Blizzard’s premier hero shooter, and as such you’ll find the perfect hero for you and your friends as you work together on teams to topple other players. Whether you prefer to play as the destructive D.Va or omnic monk Zenyatta, you can stomp a hole in the other team by working together and supplementing the other’s skills. There’s also no bigger rush than claiming a Play of the Game after getting a multi-kill streak. 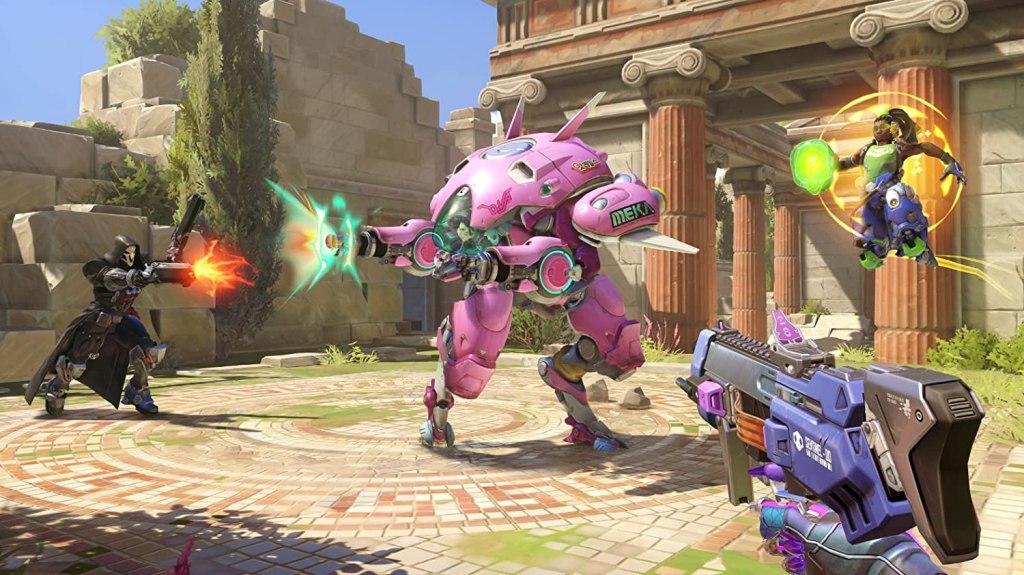 Avast, ye hearties! Hit the high seas with a boat full of your best mates as you set sail for adventure. Sea of Thieves is all about living a pirate’s life, whether you’re plundering treasure chests or exploring exotic locales. You can do all this with your best friends at your side as you move from one destination to the next, chugging ale, hanging out with kitty cats, and taking home some of the coolest booty this site of Davy Jones’s locker. It’s like you all really are scurvy dogs! 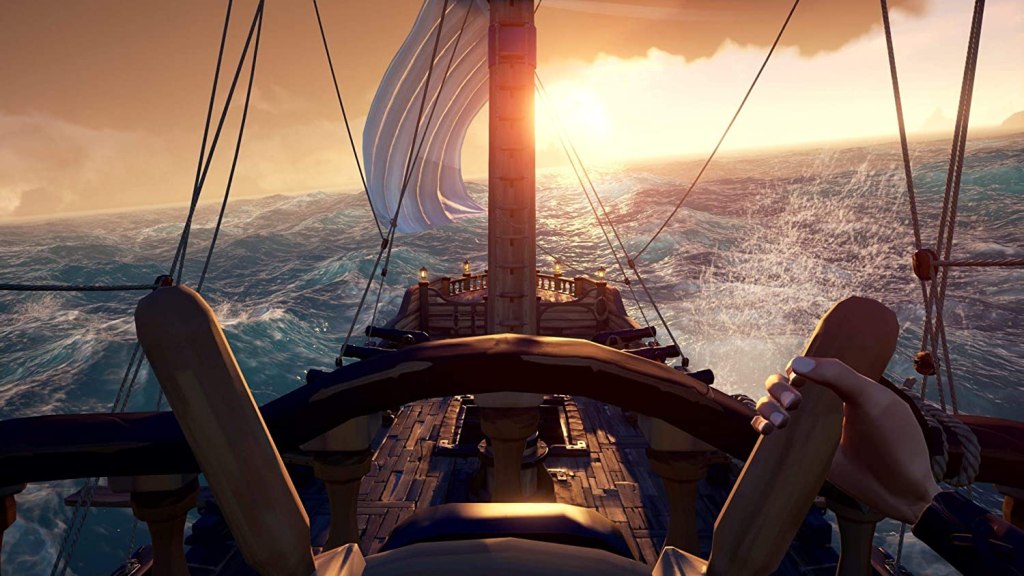 Your friendships need to be rock solid before you jump into Mario Kart 8 Deluxe together, but if you have nothing to fear, choose a racer and go ahead and burn up the track. Zip around each course as your favorite Mario character (or try a Zelda character for good measure) as you square off to see who’s truly the fastest (and most skilled). Just don’t let a blue turtle shell come between you and your besties. Better yet, don’t even dare use them to disrupt a race where your friend is about to take first place. 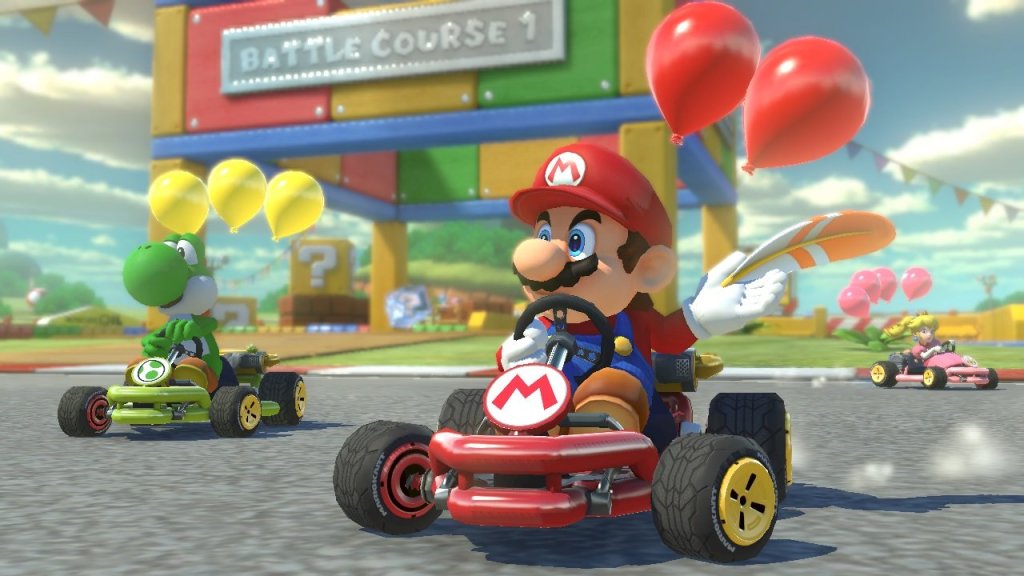 Borderlands is the ultimate co-op shooter, and the third entry is just as awesome as the two that came before it. Take on a menagerie of bandits, insane boss fights and a bizarre world filled with things that want to kill you as you seek out the greatest treasure of all, located inside of a vault. Recruit your best friends for a four-player co-op session that sees you all killing bad guys, looting their corpses, and collecting all kinds of goodies. You’ll have hours of fun. 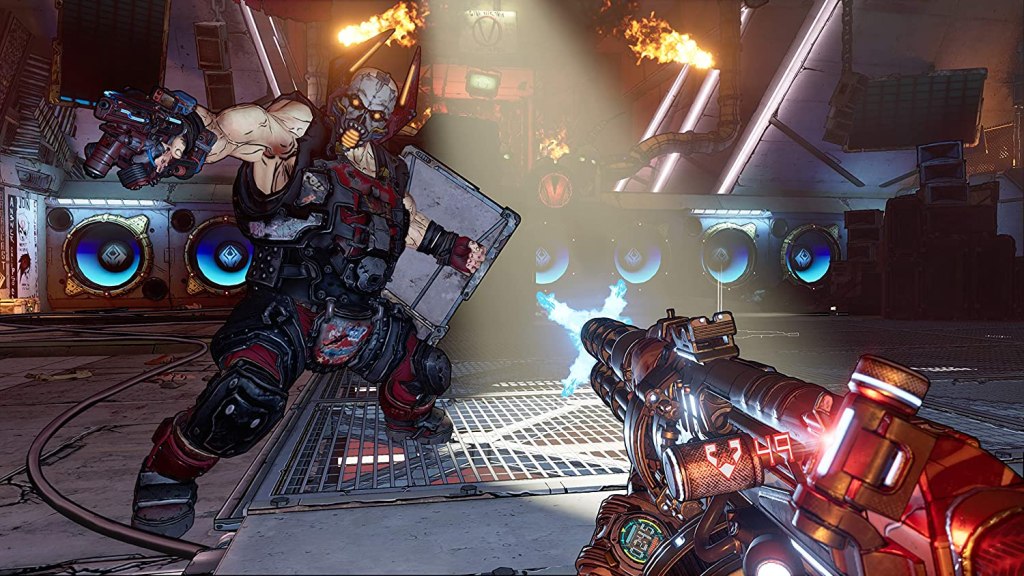