You love golf, and all you want to do is find the best places to tee off. You’re not just a weekend warrior; you live and breathe golf. In fact, you are glued to the Golf Channel daily. If someone were to ask you the significance of March 24, 2001, you would instantly answer, “Tiger Woods and a 60-foot birdie putt, and it was ‘better than most,'” without even thinking. And why not, as on that fateful day at the TPC Sawgrass, Woods putt his way to the third-round 66 and his first Players Championship title.

The course, which features 36 challenging holes designed by architect Pete Dye may be one of your bucket list courses to tee off one day, and of course, there’s Augusta. However, there are a plethora of other PGA golf courses that can not only thrill you but, frankly, humble you.

If you’re as serious about golfing as we are, then here are the best PGA-rated golf courses in the United States. You may not be able to sink a 60-foot birdie putt like Tiger, but you can still give it your best shot.

Rated the number one public golf course in the United States, Pebble Beach Golf Links is truly a bucket list item for those who never miss a U.S. Open, which it has hosted six times. Though it’s a public course, it is a rather pricey one, but the coastline views and cliffside fairways may make it all worth it. But don’t get lost staring at the spray of the Pacific Ocean that you miss bunkers on 18 and go over its par-5. This well-loved course has hosted legends like Bobby Jones, Tiger Woods, and Phil Mickelson. And coming this year is a new short course designed by none other than Woods. It will be built on the former site of the Peter Hay Golf Course. 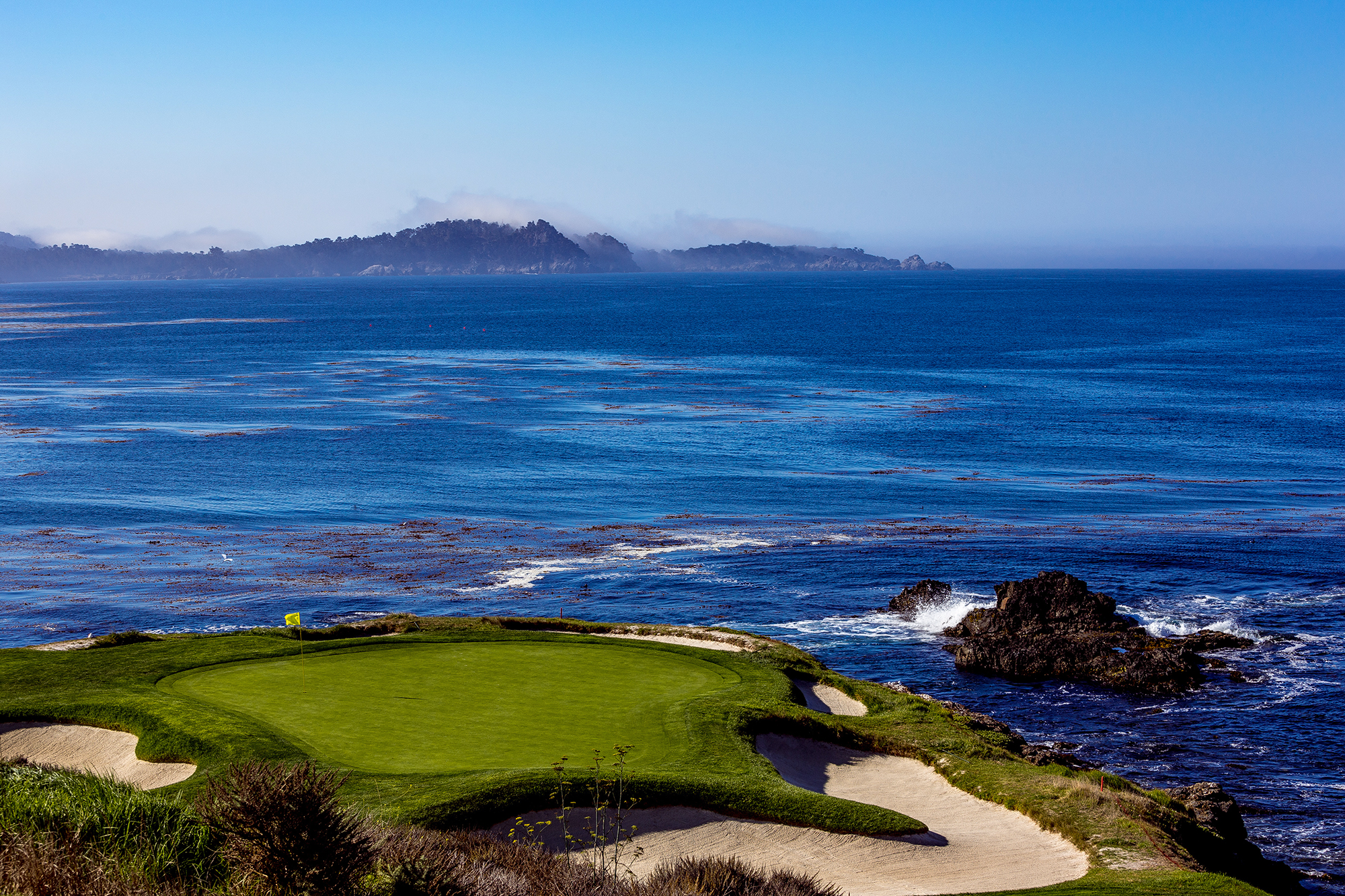 Woven into the Sonoran Desert, TPC Scottsdale boasts 36 holes that allow everyday golfers to experience “a day in the life” of a PGA Tour player. The club showcases two championship courses, the world-famous Stadium Course, designed by Jay Morrish and Tom Weiskopf, and the Champions Course, by Randy Heckenkemper. The TPC Scottsdale is home to the Waste Management Phoenix Open, held annually in early February. At the end of a day on the course, you can head to The Toro Restaurant & Rum Bar and feast on Pan-Latin cuisine. 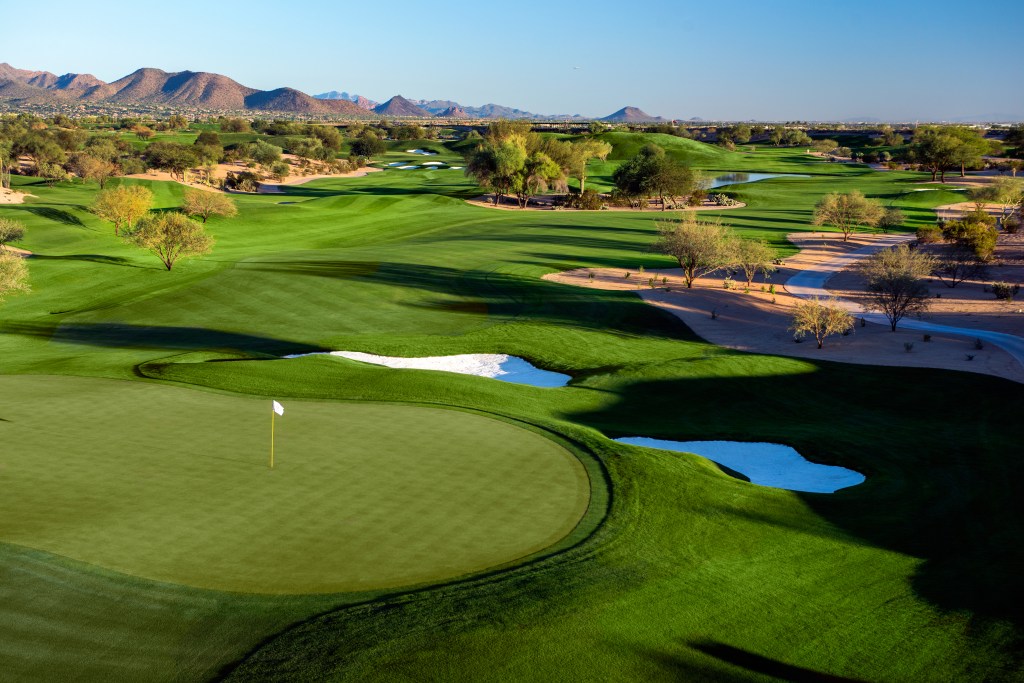 If you need a break from the brisk cold winds of winter, heading to the beautiful island of Maui and Kapalua Plantation Course for a round or two of golf might just be the break for you. Its Plantation course is par 73 and designed by Bill Coore and Ben Crenshaw. It showcases the beauty of the island. Of the 7,596 yards, there is nary without an amazing view. Though it does offer wide fairways, which makes it a playable course for the middle of the road golfer but be prepared to be challenged on the 18th. The other course on the property, the Bay Course, is nestled within hibiscus and has hosted over 20 major professional tournaments. 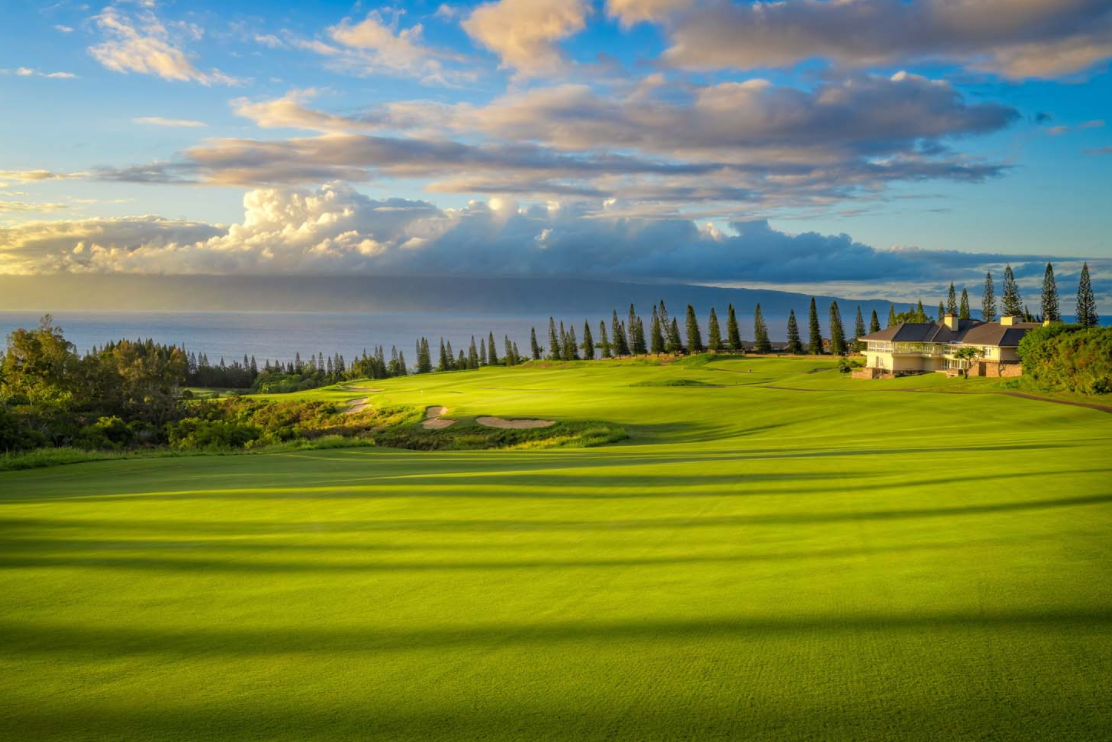 The Torrey Pines South golf course will see a return to the U.S. Open this year, which it also hosted in 2008. During that event, an 18-hole playoff clinched the win for Tiger Woods against Rocco Mediate. (Woods is said to have had played on a broken leg that day.) The course has been recently renovated, and the 7,800 yards are now more difficult than ever. At the same time, there is a chance you may see rabbits, snakes, foxes or a great blue heron at this famous San Diego coastal golf course. But don’t take your eye off the ball, or you could land in one of the 54 bunkers. 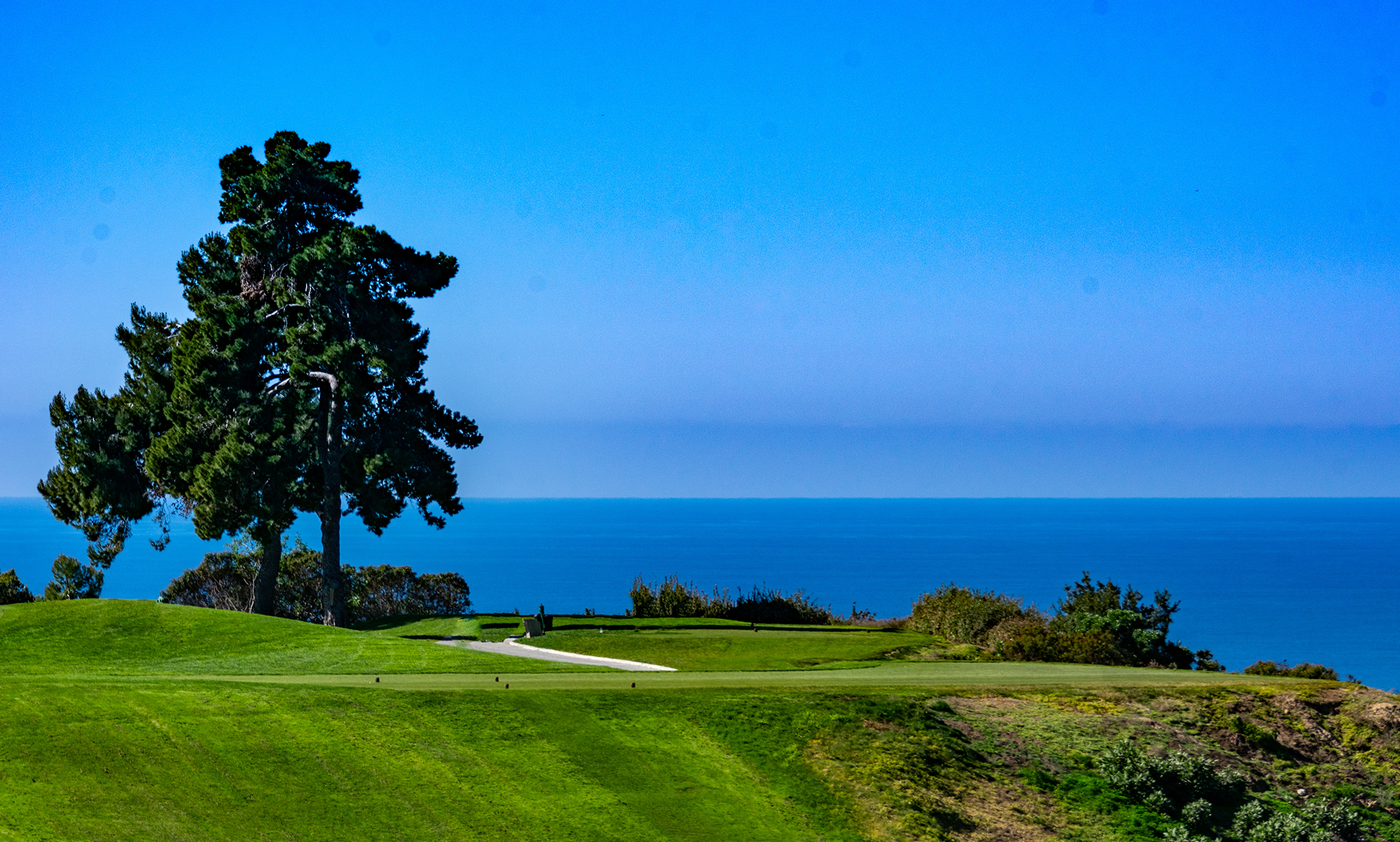 Opened in 1936, Bethpage Black is well known as the 2002 and 2009 U.S. Open Championships home. The par 71 PGA-rated golf course is considered one of the hardest in the world. It is where Woods won the U.S. Open in 2002 and Patrick Reed in 2016. Bethpage State Park also has four other courses: the Bethpage Green, Yellow, Blue and Red. Bethpage is located in Long Island just outside of New York City, so carve out some time during your next trip to Manhattan and play at one of the country’s best PGA golf courses. 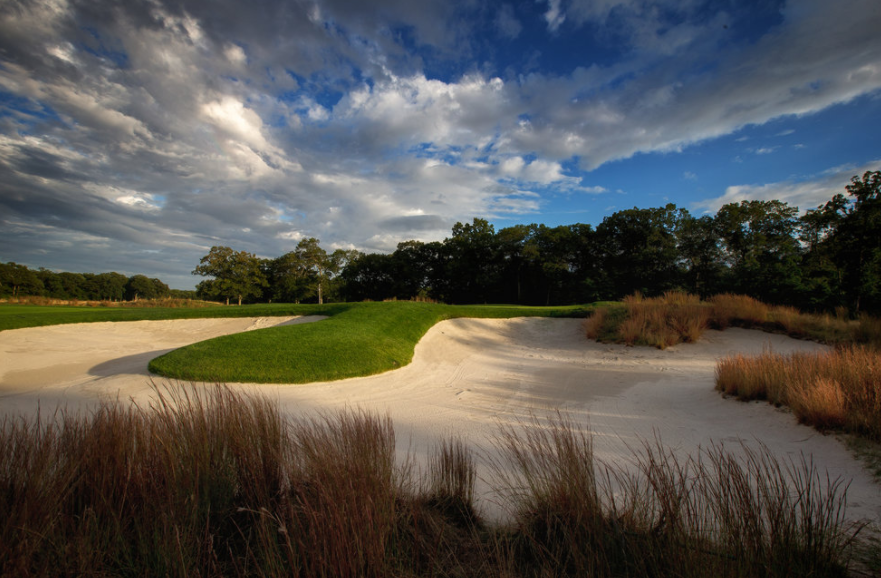 Located in Kissimmee, Florida, Reunion Resort & Golf Club is truly a golf lover’s paradise, boasting 54 holes designed by three of golf’s greatest: Jack Nicklaus, Arnold Palmer and Tom Watson. The Palmer par 72 course covers 6,916-yards of hilly terrain that has unpredictable elevation changes, some up to 50 feet. Nicklaus, who has 18 major titles, designed a course that flows effortlessly, making it seem easy, but you would be wrong. The Golden Bear created a challenging course as well, with long horizontal lines and elevated tee boxes that will stump even the best. If you are all about the short game, then the Tom Watson course is where you should head for a demanding 7,154-yard course that will put your putter to the test. And though all of that sounds like a slice of heaven, those three courses at the Reunion Resort are rivaled by onsite luxurious suites and condos to multi-room villas and private three- to 13-bedroom vacation homes on 2,300 acres. 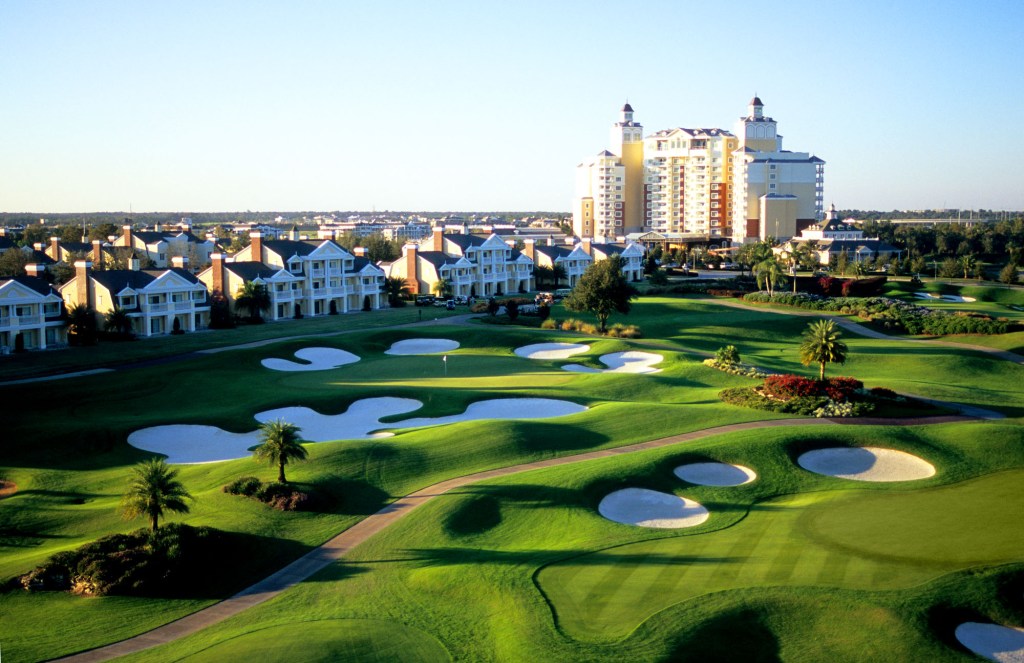 Just minutes from downtown Las Vegas, TPC Summerlin is home of Tiger Woods’ first professional victory and the WGC-Shriners Hospitals for Children Open, the fourth event of the PGA TOUR’s FedExCup season. Though it didn’t make SPY’s list of the world’s best golf courses, TPC Summerlin was named by Golf Digest as “One of America’s Best Golf Courses.” the private club is a par-72, 7,243-yard golf course designed by Bobby Weed. It is also the first golf course to be certified as an Audubon Cooperative Sanctuary System by Audubon International.

Pacific Dunes, located in Bandon, Oregon, was designed by Tom Doak and opened in 2001. The course rises from shore pines and though it is relatively easy, the wind does present challenges as well as the rugged nature of the course. It sits next to Bandon Dunes, which has played host to four U.S. Amateur championships. As complicated as Pacific Dunes is, its length will keep it from ever hosting a major championship.

Pinehurst No. 2 was designed by Donald Ross and in 2014 hosted the men’s and women’s opens, has hosted an additional two Opens, and the 2008 U.S. Amateur. The Par 70 course was also where Ben Hogan’s had his first stroke-play victory. And though it is known for all those impressive things, it’s also public, which is certainly a win! 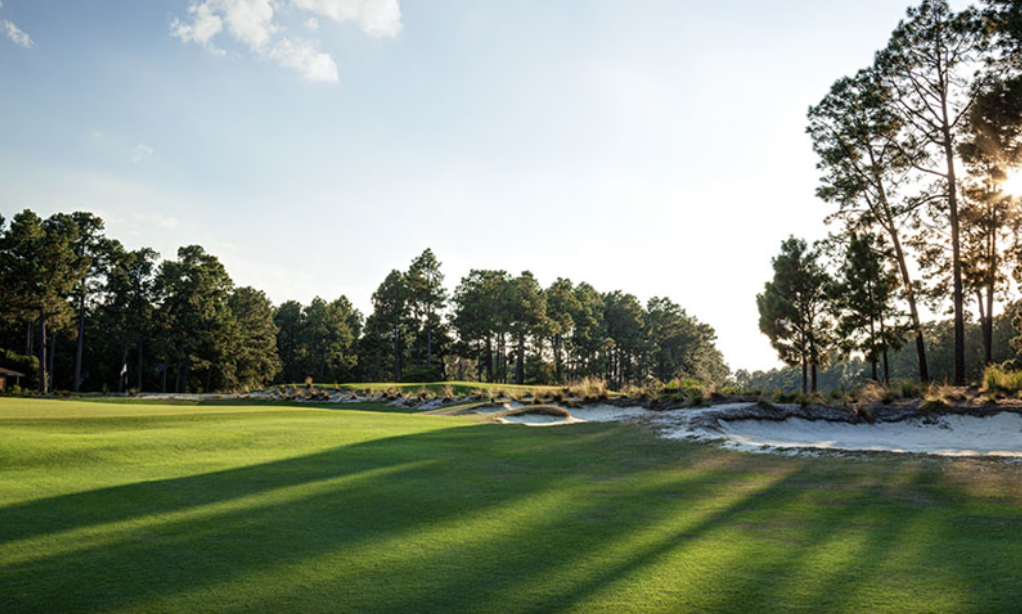 Image Courtesy of Pinehurst No.2

If you fancy yourself a good golf player, you will want to give Harbour Town Golf Links a try. Designed by Pete Dye and Jack Nicklaus and is the home of the RBC — a PGA tour event held on Hilton Head Island since 1969. It features a collection of par threes and an 18th, par 4, one of the most difficult. The award-winning course is a Certified Audubon Cooperative Sanctuary.

For the last 108 years, Pine Valley Golf Club in southern New Jersey was primarily for men only, and female guests were only allowed to play the course on Sundays. Well, finally, in 2021, the club has become inclusive, and women are now allowed to play all the time. Pine Valley spans 600 acres and is considered not only tricky but has earned the honor of being ranked as No. 1 in the “Challenge” category for Golf Digest. All we can say is keep your head in the game because every hole comes with its own set of hazards. 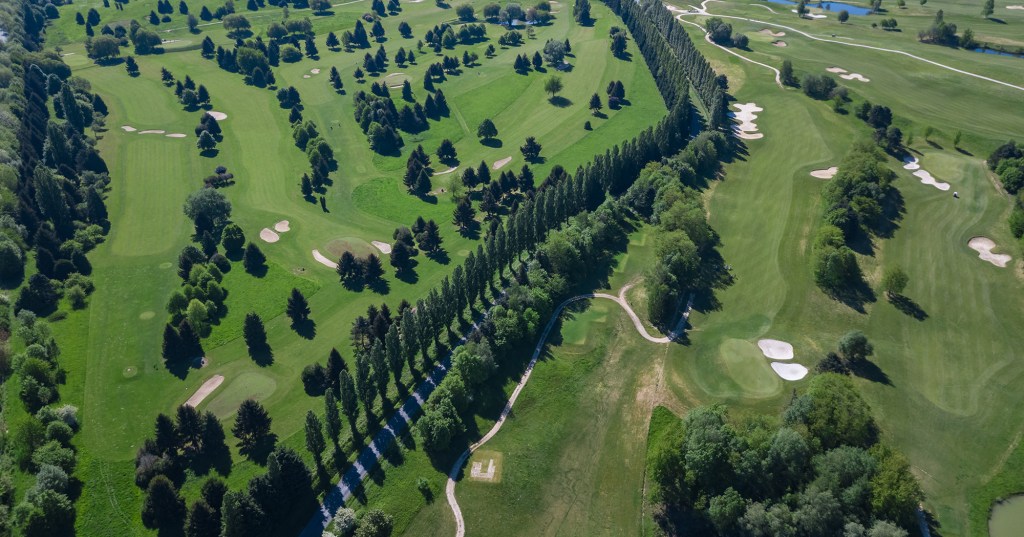 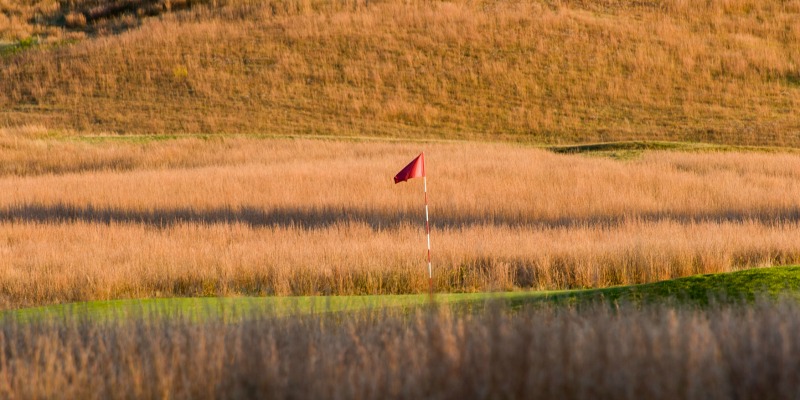