Finding the right gift for someone else or yourself (you deserve nice things too!) isn’t always easy, which is why we love gifting books. They’re always the right size, they show that you’ve put a lot of thought into the gift, they are personal, and if the gift receiver doesn’t fall in love with it, it’s easy to re-gift. Gifting bestsellers or cookbooks are typically pretty safe, but if you want to try something unexpected, we recommend a book of poetry.

Thanks to the recent inauguration of President Biden and Vice President Harris, poetry is having a moment in mainstream media. While poetry lovers have always known there is no shortage of incredible and talented writers waiting to be discovered in every bookshop, library and spoken word event, poet Amanda Gorman reinvigorated the genre with her captivating and inspiring piece, “The Hill We Climb.” Gorman made such an impression that she’s now been added to the lineup for the Super Bowl.

Gorman has three books coming out in the next year that we cannot wait to get our hands on, but that doesn’t mean you should sit around and wait for your education in poetry to begin. We have compiled a list of some of the best poetry books that make great gifts and will soon become your literary best friends.

1. The Hill We Climb and Other Poems by Amanda Gorman

In 2017, Amanda Gorman became the first person to be named National Youth Poet Laureate. On January 20, 2021, the Harvard grad became the youngest poet to ever read at a presidential inauguration with her piece “The Hill We Climb.” In September 2021, Gorman will release a collection of poetry named after her beautiful piece of work that made her one of the biggest highlights on a day that included Gaga, J Lo, and the swearing-in of the first female, first Black and first South Asian Vice President. Gorman has previously stated that she wants to run for president when she’s eligible in 2036. She’s got our vote. 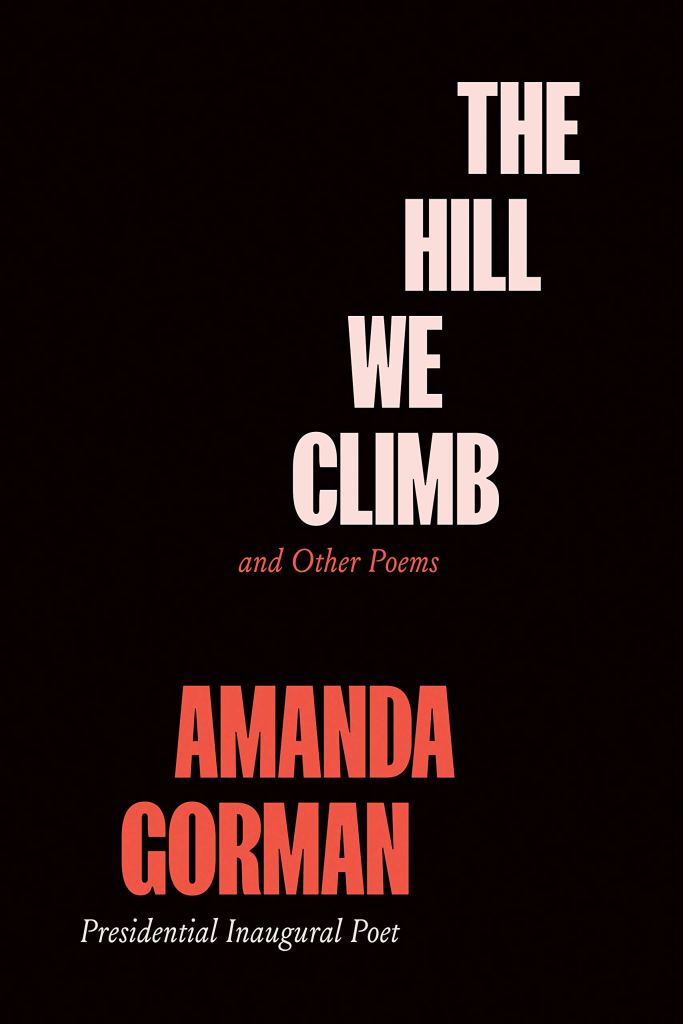 The Hill We Climb and Other Poems by Amanda Gorman

2. How To Love A Country: Poems by Richard Blanco

Before there was Amanda Gorman, there was Richard Blanco, who delivered a hopeful ode to America during President Obama’s 2013 inauguration with his poem “One Day.” Blanco continues to explore what it means to celebrate America in his 2020 collection, which was released at a time significantly more divisive than during Obama’s two terms. Richard Blanco’s poetry book How To Love A Country acts as a history book that covers America’s past with more depth and understanding than any textbook. Blanco bounces between decades and centuries, examining some of the country’s darkest moments and instances of light, all with the goal of trying to rectify how to love a country that hasn’t always loved the people who made it. 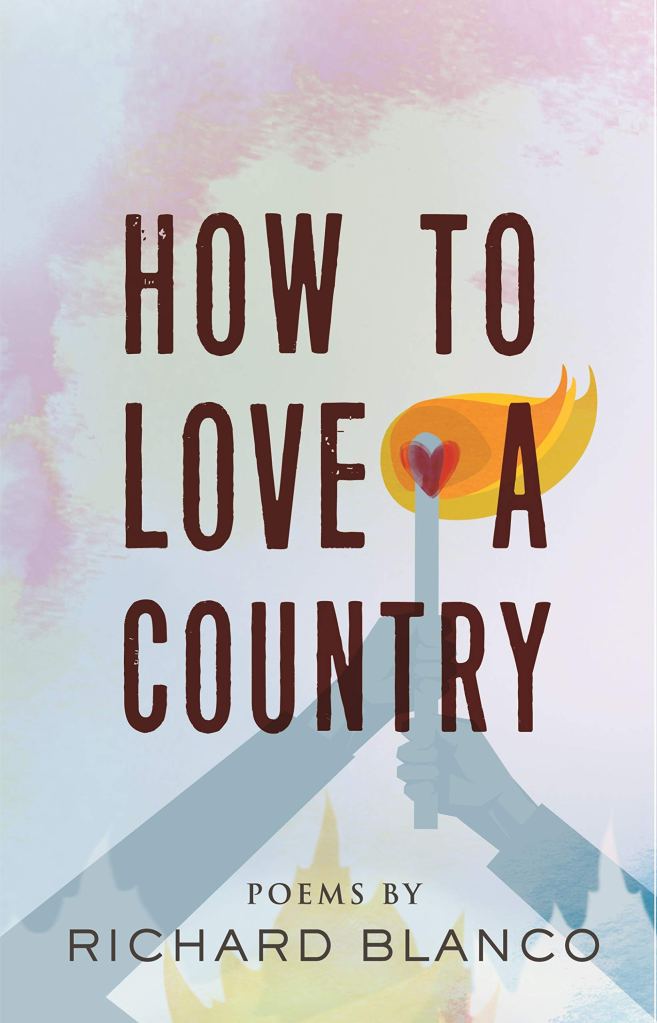 How To Love A Country: Poems by Richard Blanco

President Biden is one of the many fans of Irish poet Seamus Heaney, whom the POTUS frequently quotes in his inspirational speeches. The Nobel Prize winner published several plays and collections of poetry throughout his life while also helping to usher in a new generation of poets as a professor at Harvard, and Oxford. Heaney’s 100 Poems is a collection of some of his best-known pieces that were chosen specifically by the late poets family and re-published in 2020. 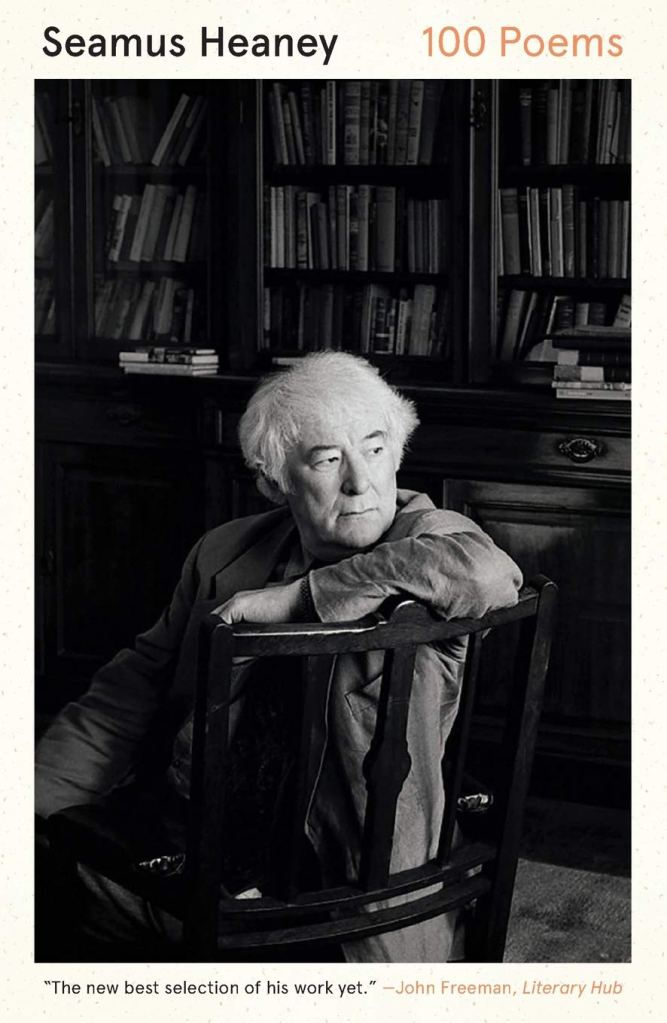 4. Milk and Honey by Rupi Kaur

If you don’t recognize Rupi Kaur’s name, you’ve likely already seen her poems. The Canadian poet began her career by publishing her work on Instagram and Tumblr and quickly amassed a devoted following that included several celebrities who often reposted her work. In 2014, Kaur released her debut collection Milk and Honey, which sold an incredible 3 million copies, spent a year on the bestsellers list, and earned Kaur an invite to the Tonight Show. Kaur’s poems are known for their short and powerful delivery, often focusing on the experience of women and immigrants and accompanied by Kaur’s drawings. 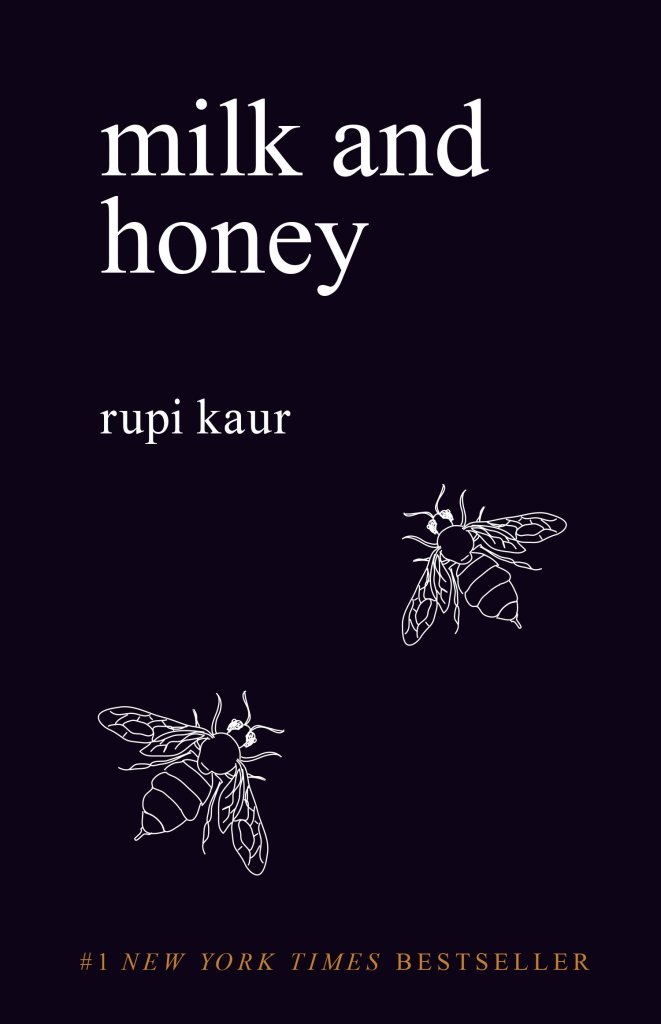 Milk and Honey by Rupi Kaur

5. The Rose That Grew From Concrete by Tupac Shakur

The music community continues to mourn the death of Tupac Shakur, who was tragically killed at age 25. We’ll never know what records we missed hearing from the prolific rapper, whose life was cut short due to gang violence, but in The Rose That Grew From Concrete, a collection of poems discovered after his death, fans get a more intimate glimpse into the mind of one of the most important lyricists ever. 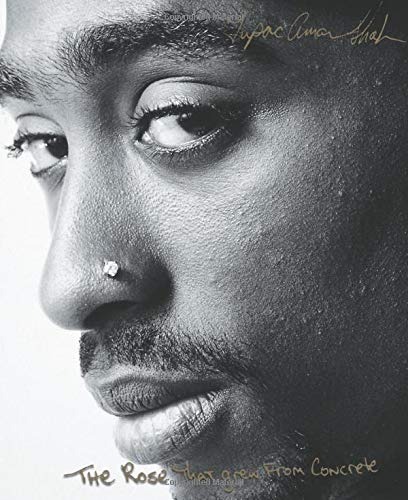 The Rose That Grew From Concrete by Tupac Shakur

6. I Would Leave Me If I Could.: A Collection of Poetry by Halsey

Halsey is best known for topping the charts as a pop star, but the Grammy nominee is also a talented poet. Some fans may remember the stunning autobiographical poem the singer recited at a Women’s March in January 2018. One year later, the singer released her first collection of poetry and once again used her own experiences, including her sexuality and her bipolar disorder, to fuel her creativity and create a body of work that is both personal and universal. 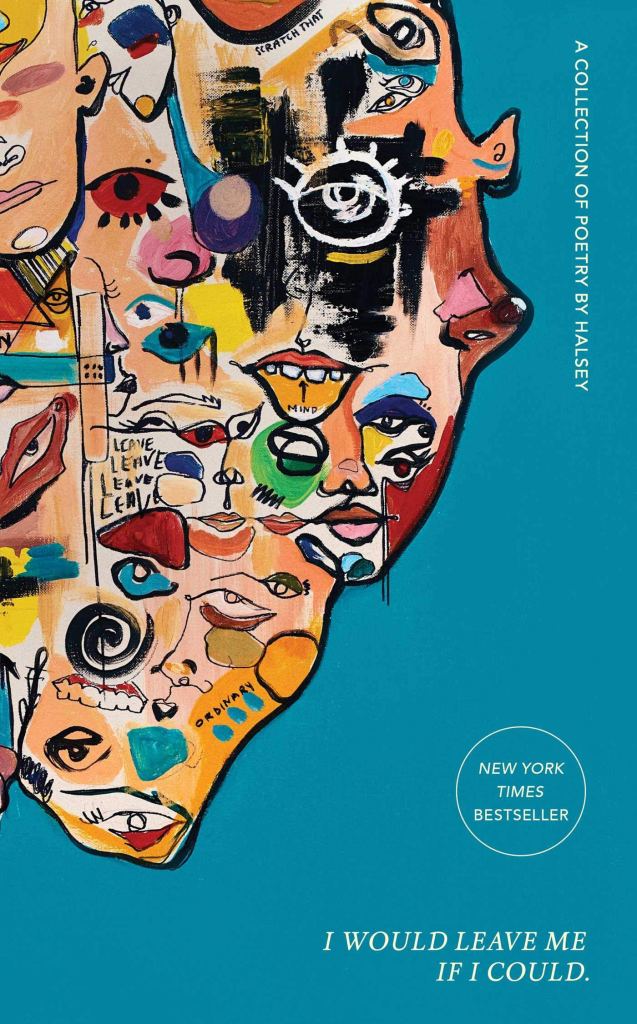 I Would Leave Me If I Could.: A Collection of Poetry by Halsey

In her 2019 collection of poems Travesty Generation, which was longlisted for the 2020 National Book Award in Poetry, Lillian-Yvonne Bertram explores the intersections of race and gender and questions what it means to be Black in America. Bertram pays homage to some of the most iconic figures in Black American history, from Harriet Tubman to Trayvon Martin and Eric Garner, whose deaths ignited an awakening of the Black Lives Matter movement in mainstream media. Bertram’s worked does not shy away from the oppressive nature and violence of Black history in America, but it also offers hope for the future. 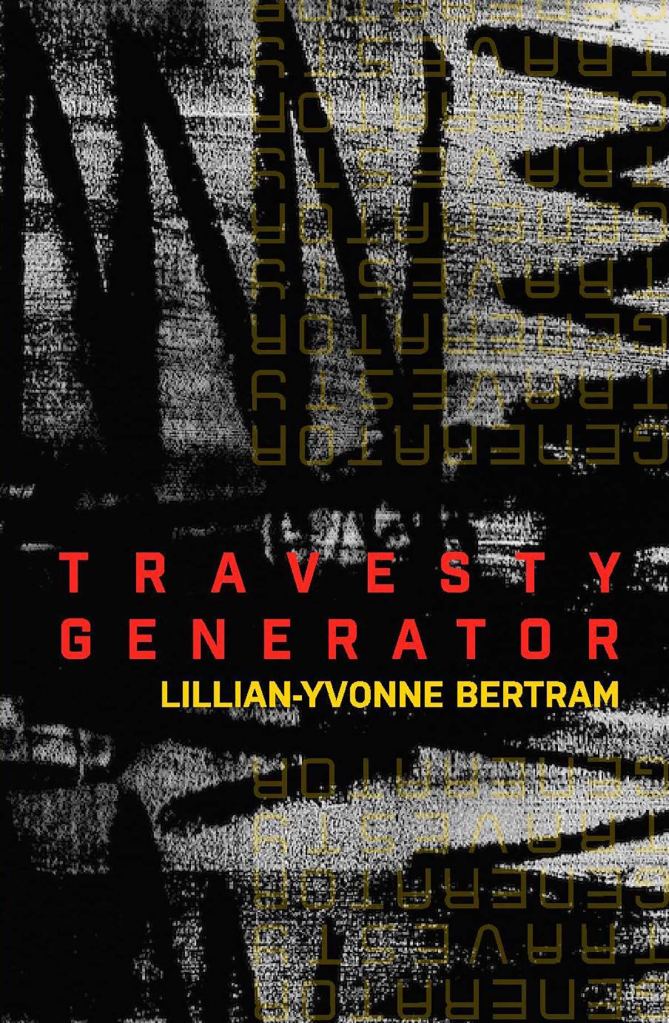 Danez Smith’s words flow like water in Homie, which tells stories of friendships lost and found. The power of relationships and their ability to save us from the depths of despair are highlighted in Smith’s 2020 book, which arrived three years after the release of his stunning Don’t Call Us Dead, a finalist for the National Book Award for Poetry and winner of the Forward Prize for Best Collection. Smith’s writing hits like a brick wall and then soothes the reader, never losing its high voltage charge that brings every word clearly into view. 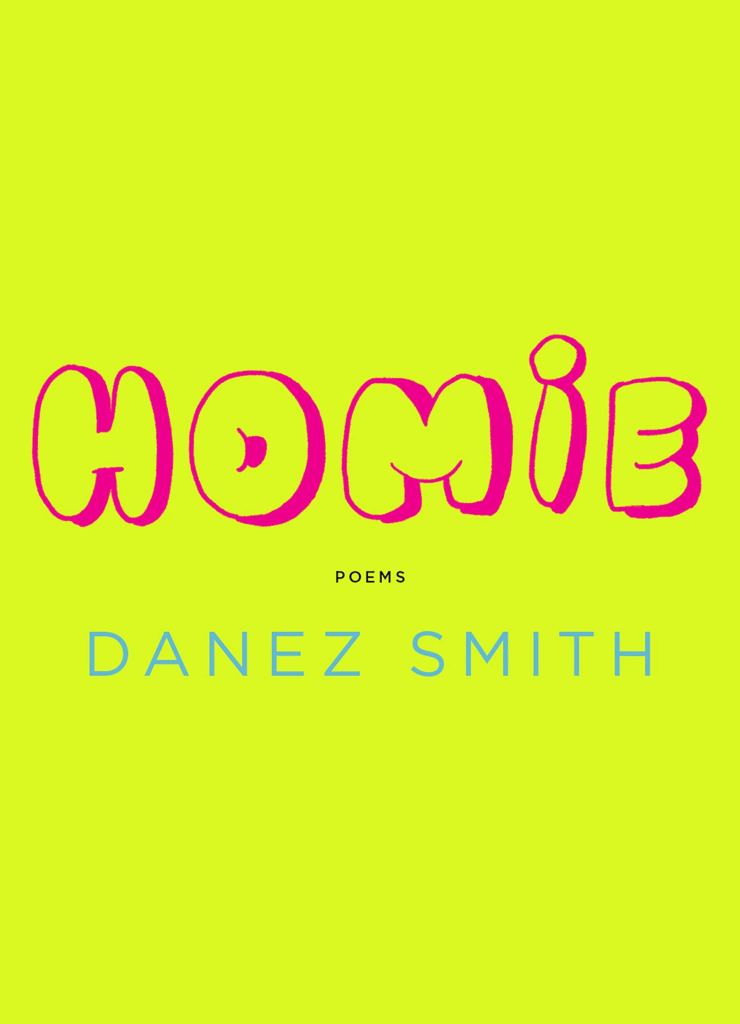 Ocean Vuong has quickly become one of the most exciting novelists and poets to emerge in American literacy in the past 10 years. The Vietnam-born, Connecticut-raised writer released his first full-length collection Night Sky with Exit Wounds in 2016, which won the T. S. Eliot Prize, the Whiting Award, and was named one of the New York Times’ best books of the year. Vuong’s semi-autobiographical collection of essays delivered in his trademark short-long cadence explores the body as a vessel for all emotion, including the grief and pleasure endured and enjoyed during one’s own life as well as during the lives of their ancestors. 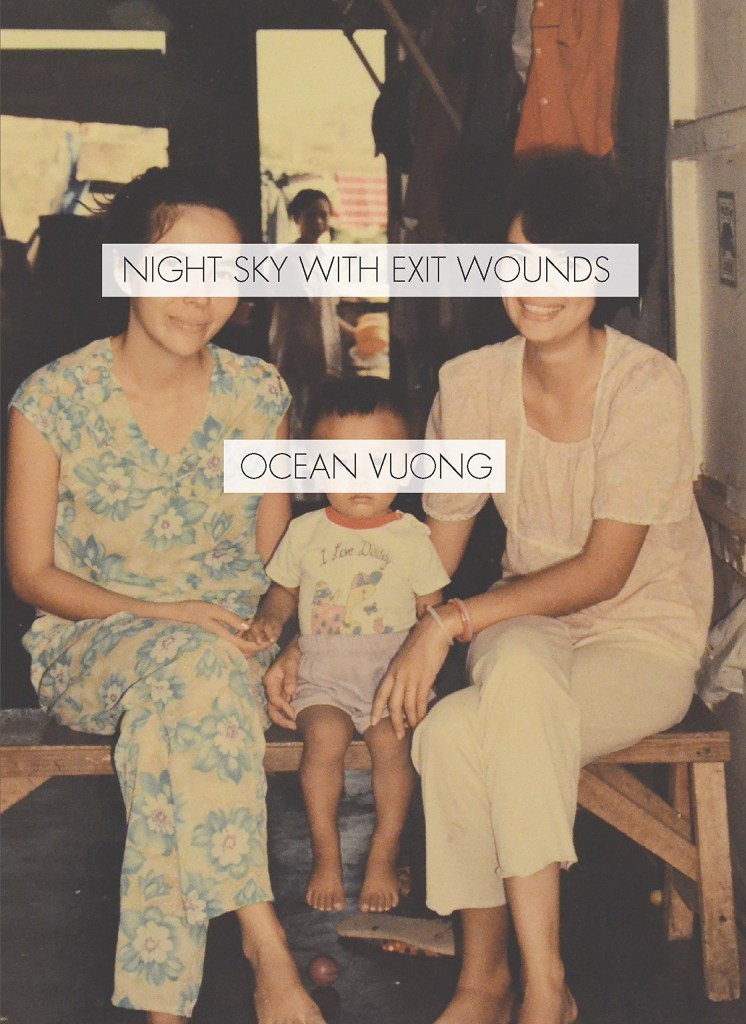 10. American Sonnets for My Past and Future Assassin by Terrance Hayes 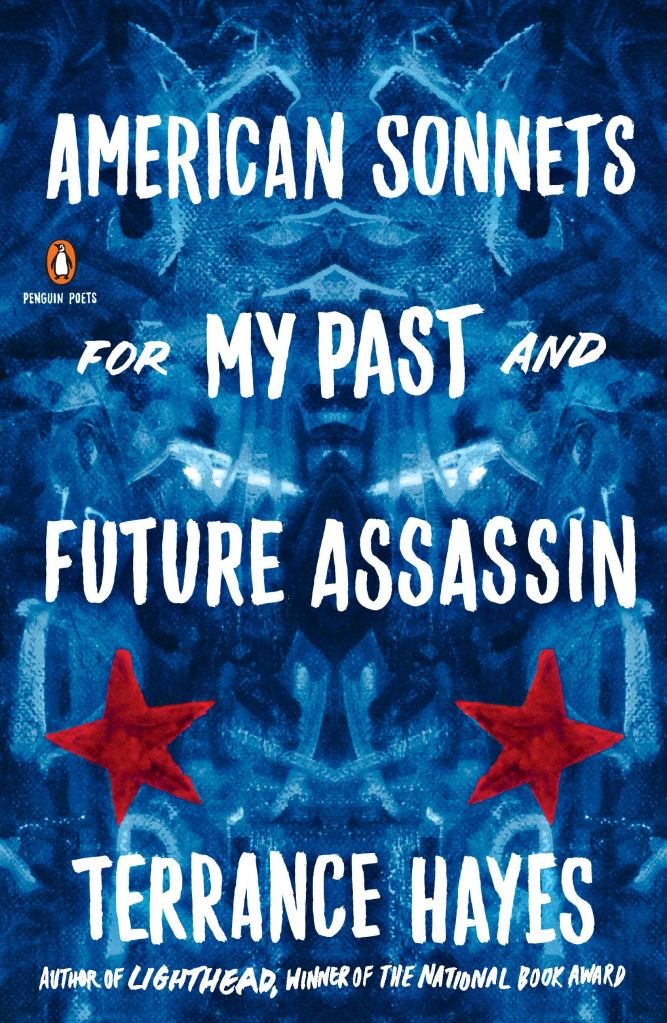 American Sonnets for My Past and Future Assassin by Terrance Hayes