There’s an undeniable aura of cool about anyone who steps into a bar or pool hall armed with his or her own cue. It shows you’re a serious player. While you could choose any number of house cues racked up on the walls around you, you brought your own stick — and it’s the loyal implement with which you practice and play. The best pool cue brands make quality sticks for every budget and type of player, from billiards pros to serious amateurs just trying to have fun.

Buying your own pool cue makes sense for the dedicated pool shooter. Not any racket will do for a devoted tennis player. An enthusiastic golfer doesn’t borrow clubs. While we can debate if a pool player is as athletic as those other examples, the similarities apply. If you love playing pool, you need your own cue.

These polished, chalk-tipped javelins range widely in materials, craftsmanship and detailing. As a result, their prices break in all directions. On this list, you’ll find a useful collection of the best pool cue brands with multiple price points. You can decide what your game deserves and which cue would make you a better player.

In the interest of full disclosure, this scribe carries a Cuetec into noble battles of stripes and solids. Well-made and properly weighted, Cuetec makes a wide range of cues for everyone from recreational to more demanding professional players, with prices starting south of $100 and climbing higher than $600. They’re a popular choice because the Cuetec manufacturing process takes a fine wood like maple and wraps the shaft in a smooth fiberglass coating to make sure the cue always feels clean and smooth in the bridge hand.

If you’re looking for a good starter cue from the best pool cue brand in the world, then try the brand’s Prestige Series 58″ pool cues. The Prestige Series has an adjustable weight system and is more affordable than some of the brand’s most elite options. 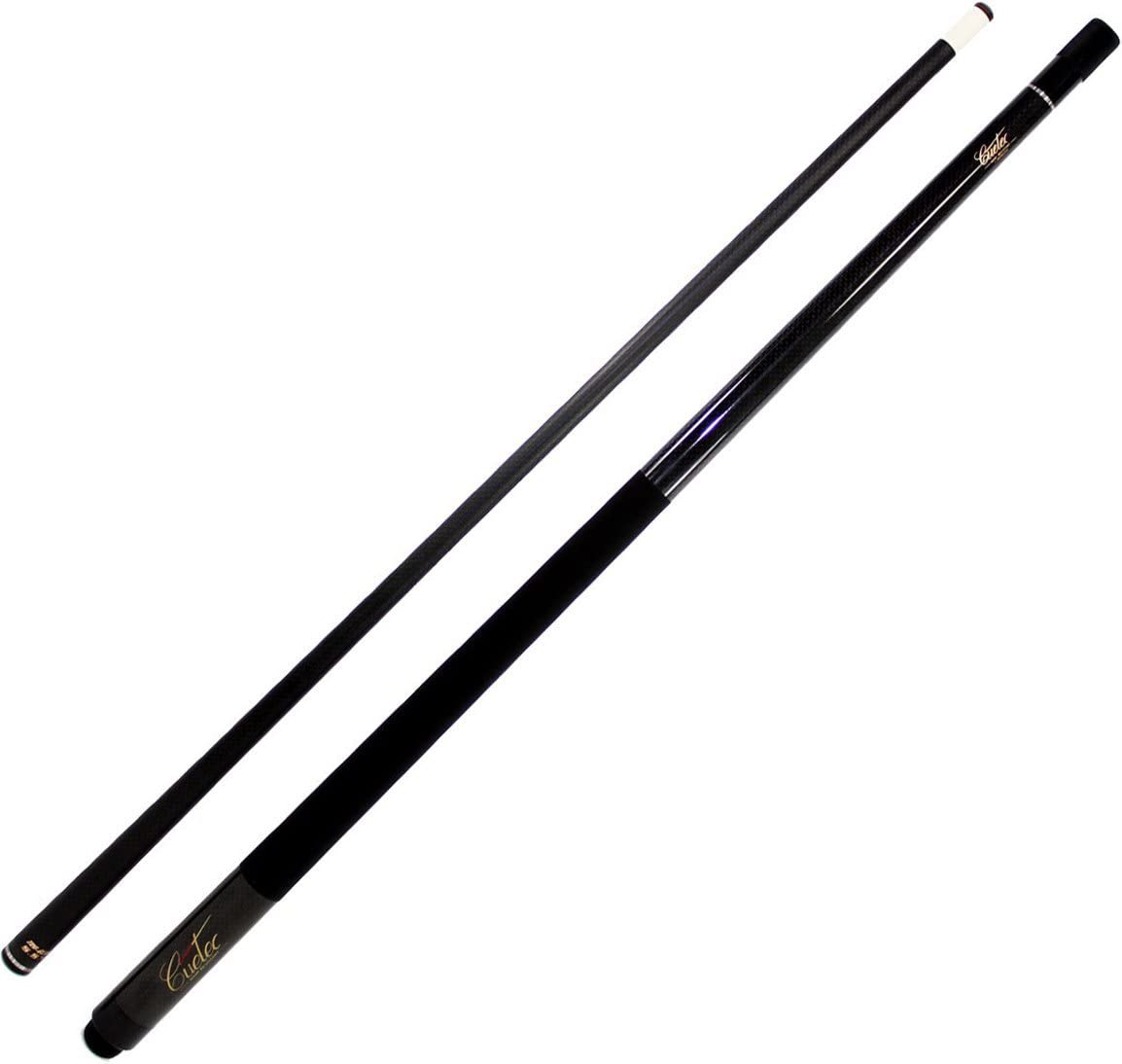 Based just outside Milwaukee, Wisc., McDermott is a mainstay in the billiards world. Its line is the most extensive and varied in the business with cues starting under $100 and climbing well above $800. Credit the price variations to a trim tree that increases the quality of the materials and the intricacy of construction and detailing. A McDermott cue is a good choice for the player who’s moving behind mere recreational play and is looking to develop his or her game with that first personal cue.

Better yet, go with the brand’s popular Classic Pool Cue Kit, which has everything you need to play your best. 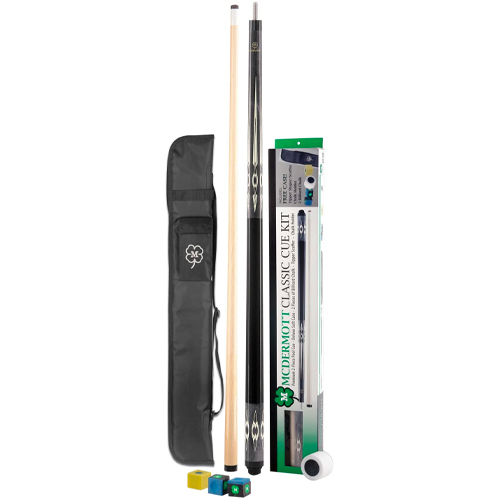 It’s cold in Wisconsin six months of the year, so its people spend long hours indoors amusing themselves around bowling allies and pool rooms. That might go a long way toward explaining why multiple major cue manufacturers call the winter wonderland home. Schmelke specializes in cues that appear simple and traditional, but make up for a lack of flashiness with strong materials and construction. A favorite model from the Schmelke line is the Sneaky Pete – a well-made two-piece cue that looks like any of the old, beat-up choices hanging on racks around the pool hall. For $55, it’s a hustler’s way to play with a quality stick without calling too much attention to yourself. 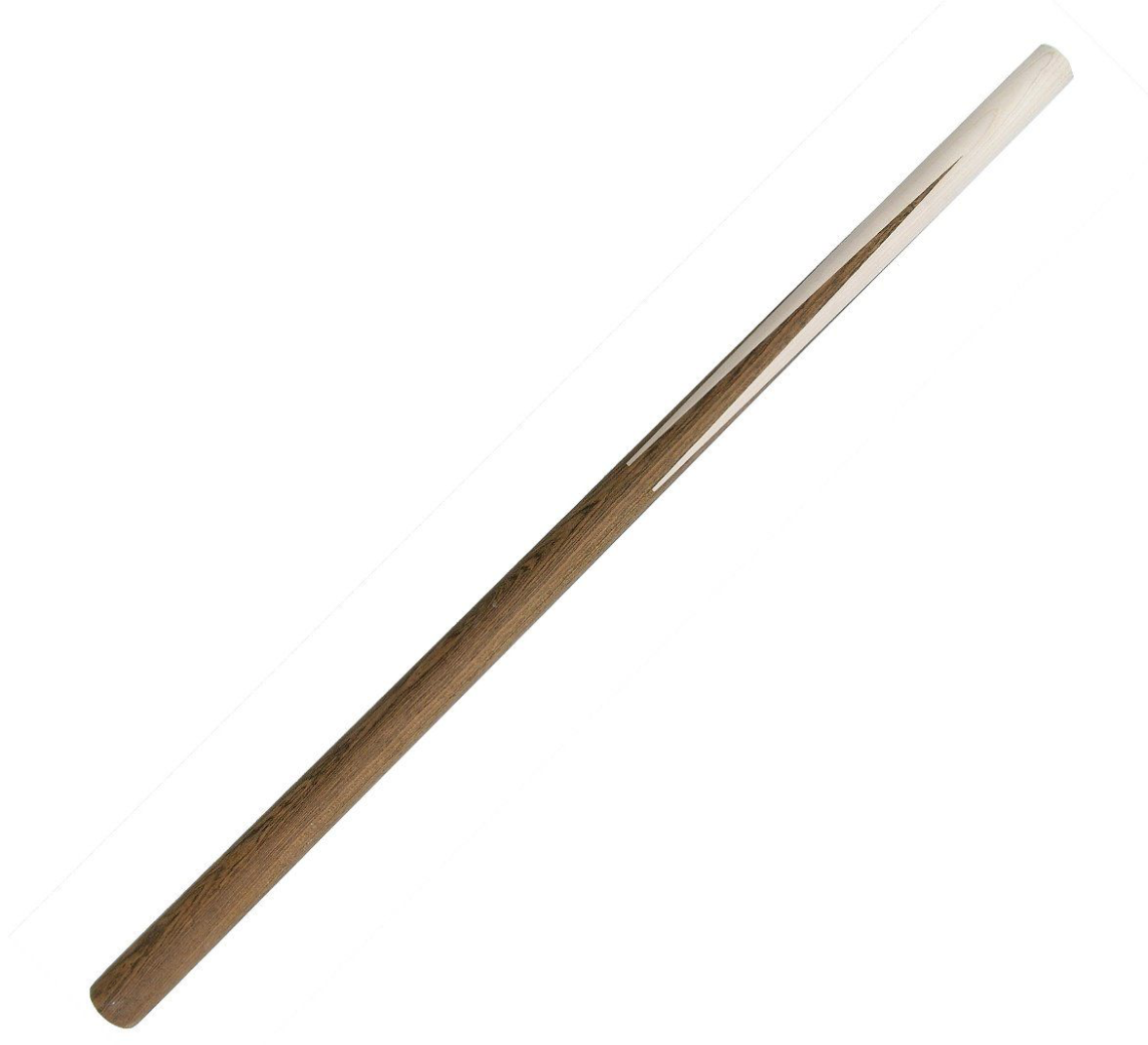 The Viking brand makes two levels of cue for players of different talent and income levels. The Valhalla sub-brand at Viking offers solid, two-piece cues for beginners looking to approach the game with more seriousness. Starting around $70, the Valhalla line offers good-looking, if understated sticks. If the player packs a more serious game and has the resources to show for it, the Viking brand of cues start around $250 and climb to nearly $4,000. 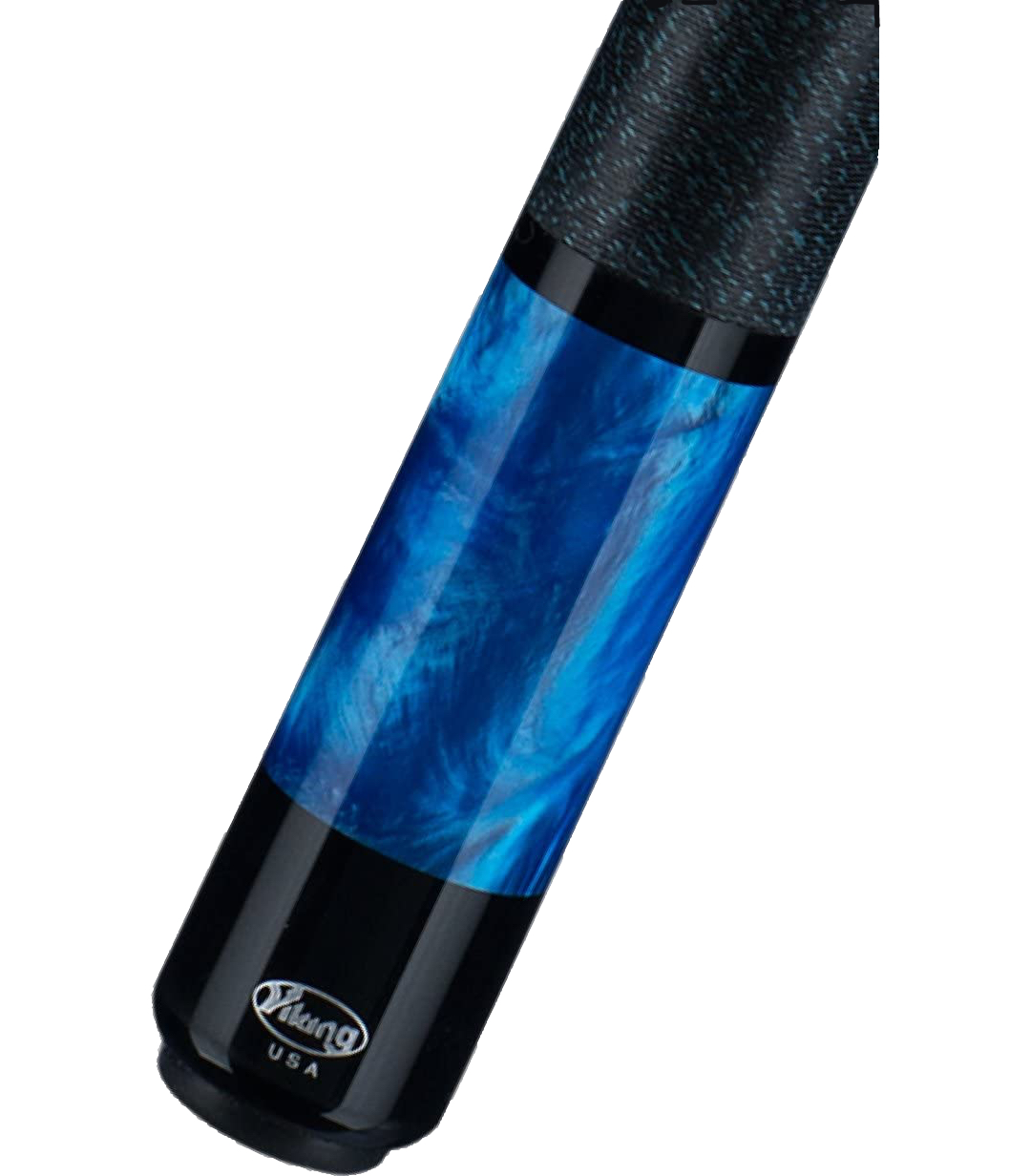 A popular brand amidst this era’s professionals, Joss cues don’t come cheap. Still, their quality and reputation send the message that the Joss owner takes the game seriously and purchases very serious equipment. The company makes some of the most expensive cues in the business with prices climbing north of $2,000 in many cases. Even an entry level Joss carries an asking price around $300. 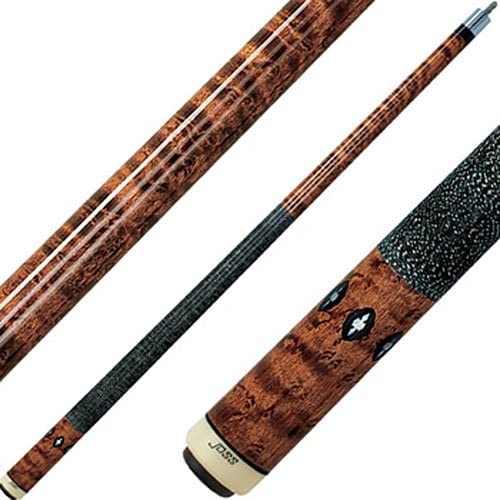 While made of the same reliable materials as the other more approachable brands on this list, Viper Cues turn to aesthetics to garner more attention for their creations. A Viper player tends to be a little flashier and a little more aggressive. Depending on whether you choose wood or graphite and how much detailing you prefer in your cue’s look, a Viper cue can run from about $40 to just under $200. Still, these Vipers offer the best shot of snagging an eye-catching cue for less than a Franklin. 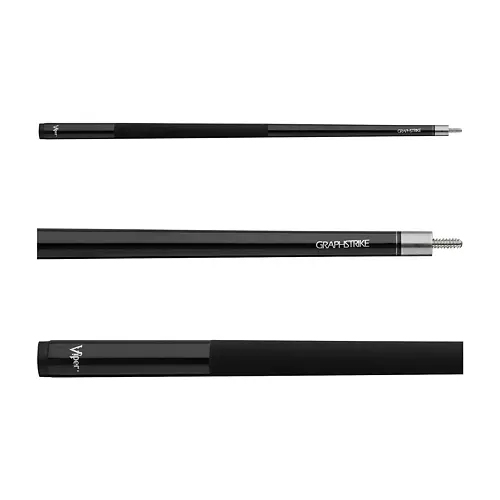 A legendary name in the world of everything from bowling to billiards, Brunswick equipment surrounded millions of Americans as they misbehaved. While the company makes some elaborate cues that run well into the hundreds of dollars, Brunswick specializes in good entry-level equipment the everyman can acquire to take up the game. Brunswick provides two-piece starter cues selling for around $40 up to just above $100. 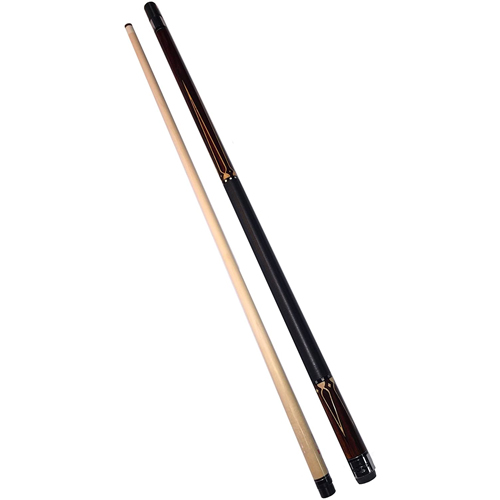 Denizens of the elite professional billiards world, custom and bespoke George Balabushka cues were long the choice of the game’s best players. The brand name first emerged into popular culture awareness in the Fast Eddie Felson classic, The Color of Money. Though George long since passed, the brand name remains in operation and continue to produce what many players consider the Rolls-Royce of pool cues. Such handmade excellence doesn’t come cheap, and a proper Balabushka will run well into the thousands of dollars. 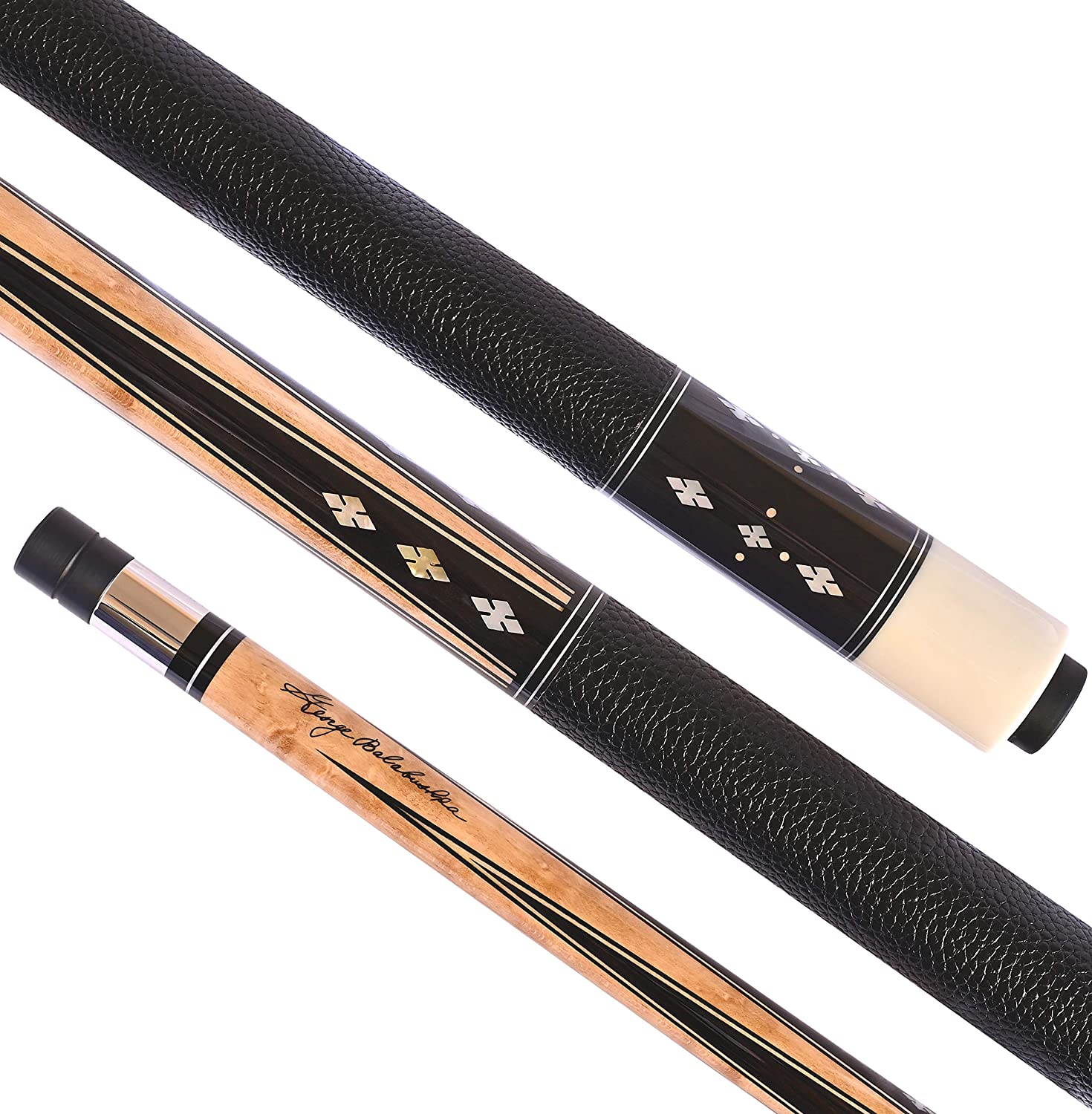 How many fathers and sons have bonded over the billiard table? If you want to teach your children how to play pool, then surprise them with a high quality cue of their very own. This Viper product is one of the best pool cues for kids, and the Viper Jr line has lots of great options for youngsters learning to shoot pool like their old man. This cue features a tapered maple shaft with a leather tip, and it measures in at a kid-friendly 48 inches in length. 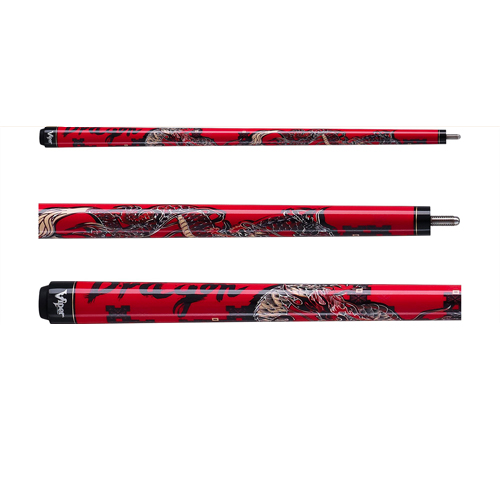 The Best Outdoor Toys and Games for Summer