Most music sounds great on a vinyl record player, but rock seems to lend itself especially well to the medium. In fact, there are quite a few rock albums that can be found in just about any collection, big and small. Buying a used copy of Fleetwood Mac’s Rumours is practically a rite of passage, as is picking up Pink Floyd’s Dark Side of the Moon (they’re both on our round-up of essential vinyl albums from all genres). And while these certainly are great additions to your collection, the best rock records go beyond these undisputed classics. As you expand your vinyl collection, you may be looking to branch out and find new rock albums.

There are a lot of the best rock albums you might not have heard, hadn’t considered or maybe forgot about while building out your vinyl collection. That’s why we’ve rounded up some of our favorite rock records — these span decades and sub-genres. Of course, if you’re going to add any record to your collection, you want it to be something that you’ll replay. After all, while flipping a record isn’t exactly hard work, it’s certainly more effort than digital streaming. That’s why our favorite rock records are great listens, top to bottom and front to back. In short, they’re worth flipping when the needle reaches the end of side A (some of these are split into two records, so that’s twice the work).

We’ve done the crate digging and pulled the best hard rock albums, LPs from essential punk icons and modern blues-rock records. And to prove that rock is still very much alive, many of these records come from the last decade. The best place to buy these is at your local record shop. But short of that, we’ve made it convenient to buy them online.

All Things Must Pass is the release that tends to get most of the acclaim, but this record is essential listening for any Beatle fan — or just anyone who loves music. It’s Harrison at his most spiritual, dwelling on his well-known relationship with Hinduism. Opener “Give me Love (Give Me Peace on Earth)” is a beautiful, emotional song, but Harrison isn’t afraid to be sardonic and biting. “Sue Me, Sue You Blues” is a blistering response to the pointlessness of the legal entanglements between the former members of The Beatles. The first verse closes with “Bring your lawyer and I’ll bring mine/Get together and we could have a bad time.” A great diss track if I’ve ever heard one. 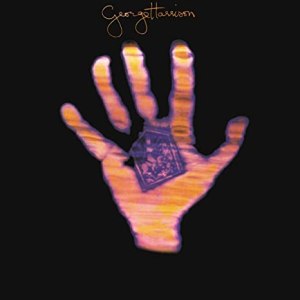 On their sixth record, Queens of the Stone Age grow up. But that doesn’t mean Josh Homme and co. rock any less hard. Tracks like “I Sat By The Ocean” and “If I Had a Tail” are built to blast loud. Closing tracks “I Appear Missing” and the final title track — an unexpected piano ballad — finds Homme in a plaintive mood, grappling with regret and mortality. …Like Clockwork is chock full of guest contributors, too, but you wouldn’t know it unless you read the liner notes. Trent Reznor, Dave Grohl, Alex Turner and none other than Elton John lend their talents to this essential record, mostly in the form of instrumentation and backing vocals. It’s a reflection of Homme’s collaborative impulses. 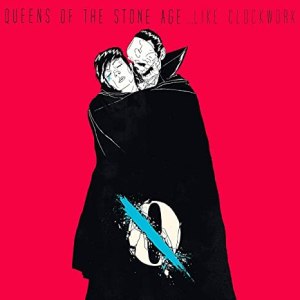 3. Bruce Springsteen Letter To You

THE BOSS IS BACK

Letter To You is a towering testament to Bruce Springsteen’s relentless talent — it’s his 20th record, and it finds him once again reuniting with the E-Street Band on a big, stadium-ready rock and roll album. It follows his gorgeous but decidedly more intimate country-tinged album, Western Stars. Letter To You is hardly covering new territory, but he’s approaching familiar themes from a new perspective, with the wisdom of age and the pang of loss that he’s experienced over his long career. There are nods throughout to the late Clarence Clemons, Springsteen’s long-time friend and E-Street bandmate, as well as Danny Federici, another E-Streeter who died in 2008. The title track is a standout, as are “Song For Orphans” and “Ghosts.” “Burnin’ Train” feels like it was written for driving down the highway with the windows down. Letter To You is the sound of an artist wiser, but not even slightly weary. 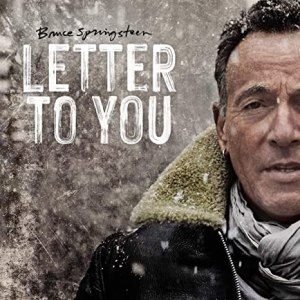 British-Ugandan artist Michael Kiwanuka pulls from a lot of influences, and on Love & Hate, he draws from soul, folk, classic rock and jazz and distills them into a singular sound, anchored by his incredible and singular singing voice. Producer Danger Mouse (best known as one half of Gnarls Barkley) lends his signature cinematic sound to this record — opener “Cold Little Heart” is an expansive, slow-building 10-minute epic. Hand-clap heavy “Black Man in a White World” is tinged with classic R&B, while closer “The Final Frame” is as gorgeous as album closers get. His follow-up, Kiwanuka, picked up a Grammy nomination for best Rock album, as well as winning the prestigious Mercury Prize in the UK. 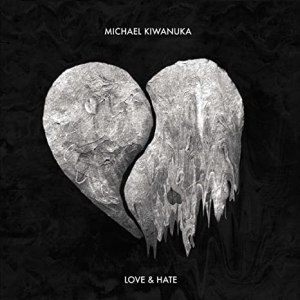 Iggy Pop is hailed as the “Godfather of Punk,” and he made a string of loud, aggressive albums with The Stooges, including the incredibly influential Raw Power. 1977’s Lust for Life is Iggy Pop’s second album as a solo artist, and he leans into a loose, funky groove with plenty of rock and roll edge. If some of the tracks remind you of a certain Thin White Duke, that’s because David Bowie produced, co-wrote, sang and played on the record. The title track, “The Passenger” and “Some Weird Sin” are some of the grooviest rock songs committed to tape, while “Turn Blue” is a brutally honest track about drug abuse. 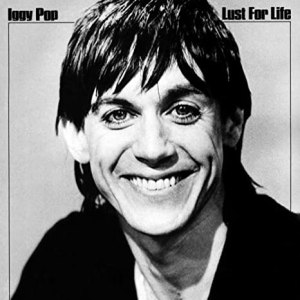 While some artists like to overtly tackle big themes, Courtney Barnett is one of the best chroniclers of the mundane. But Barnett’s genius is that she explores mortality, loneliness, politics and the fear of failure through the quotidian, sharing her musings through a decidedly DIY and lo-fi musical style. “Dead Fox” finds the narrator talking about buying produce and taking a road trip, but the undercurrent of the song is about the environmental and human costs of industrialized agriculture and capitalism. The chorus “If you can’t see me, I can’t see you” is ostensibly a reference to safety stickers on trucks, but it’s also about the invisible people who make society run. It’s the kind of genius songwriting that’s made her an acclaimed talent. Lead single “Pedestrian at Best” is a ripping guitar track that’s made to be turned up, while “Depreston” is one of the most beautiful guitar songs in recent memory. The lo-fi sound belies the fact that a whole lot of thought went into these songs. 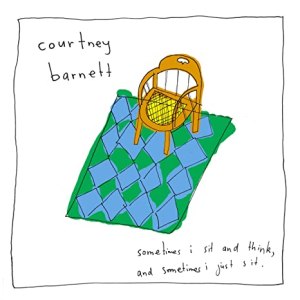 Black Pumas are a breakout act from Austin, Texas, and they’ve made a lot of waves in the very short time they’ve been around. They’re technically billed as a “psychedelic soul” act, but fans of rock music will find a lot to love in the guitar, bass and drum-heavy tracks. Black Pumas also draws a lot of inspiration from the blues, and lead singer Eric Burton’s rich vocals are complemented perfectly by Adrian Quesada’s lush, retro-tinged instrumentation. They’re such a perfect duo that you wouldn’t know that they came together almost by accident — Quesada found out about Burton through a mutual connection when Burton was busking in downtown Austin. “Colors” is their breakout hit, and the best track on the album, but songs like “OCT 33,” “Fire” and “Black Moon Rising” prove this is one formidable duo. 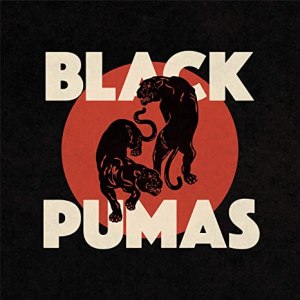 8. REM Automatic for the People

The career trajectory of REM is a unique one that illustrates how immensely talented and influential they are. Nearly a decade after their debut, REM was riding the highest point of their career. In 1991, Out of Time was released, which spawned the inescapable hit “Losing My Religion.” Not content to slow down, they followed up with Automatic for the People a mere year later, a brooding, beautiful album best known for “Everybody Hurts.” It’s earnest — almost painfully so — but the album is full of incredible tracks like “Drive,” “Try Not to Breathe” and “Nightswimming.” Alternative rock as we know it wouldn’t exist today without REM — Kurt Cobain and Radiohead’s Thom Yorke cited the band as major influences. 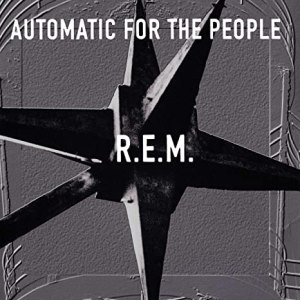 9. Jason Isbell and the 400 Unit Reunions

The beauty of Reunions lives in the lyrics, where Isbell bares his soul over the course of 10 country-rock songs. On songs like “Dreamsicle” and “Letting You Go,” Isbell reflects on family life and fatherhood. Standout track “It Gets Easier” finds Isbell dwelling on sobriety, honestly but hopefully singing through a raspy yelp that “It gets easier, but it never gets easy.” Isbell also turns his focus outward. “Be Afraid” is a soaring rock song with lyrics that castigate musicians who don’t speak out against injustice. There’s a reference to the Dixie Chicks on the bridge, with the defiant line “We don’t take requests/we won’t shut up and sing.” The album is personal and political, earnest yet enraged, and the perfect album for right now. 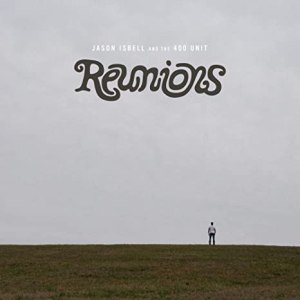 On her fifth album, the traditionally folk-inspired Sharon Van Etten breaks out the big synths, heavy drums and loud guitars to nearly flawless effect. “No One’s Easy To Love” and “Comeback Kid” have big, driving guitar riffs, while “Jupiter 4” finds SVE exploring synthesizers. But the centerpiece is “Seventeen,” the sixth track out of the 10, in which she talks to her younger self and reflects on growing up. There’s an alternate timeline where this becomes a soft, folk-rock song, but after hearing the scream-sung bridge, you’ll realize this is exactly the way the song was meant to be. 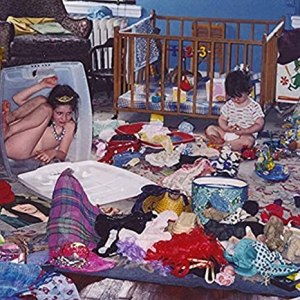