Role-playing games are some of the most narratively compelling video game titles out there. You get to step into the shoes of a fantastical hero and save the day — or the universe — all the while fighting off a series of beasts and ferocious enemies, looting treasure chests, and being swept up in an exciting story. That’s why they’re so much fun to play.

It’s understandable that, during these tough times, you might need something of an escape from the real world. That’s why we’ve rounded up some of the best RPG games you can find across multiple platforms. Whether you’re looking for a quick trip around a massive world map to defeat an overpowered enemy or a deep, nuanced study on humanity, there’s a video game in here for you.

Jump into the best RPGs gaming has to offer at the moment.

Nearly 25 years in the making, Square Enix finally released Final Fantasy VII Remake. Rather than recreate the iconic title, one of the best RPG games of all time, from the ground-up, the decision was made to kick off a series of games that reimagine the beloved PlayStation classic. Everything about this massive undertaking is pitch-perfect. Experience the iconic journey of Cloud, Tifa, Barret, and Aerith (as well as the rest of the motley cast of characters) as they endeavor to save the planet from the nefarious Shinra Corporation. Whether you’re a hardcore fan or just jumping on the fandom bandwagon, there’s plenty to love here. 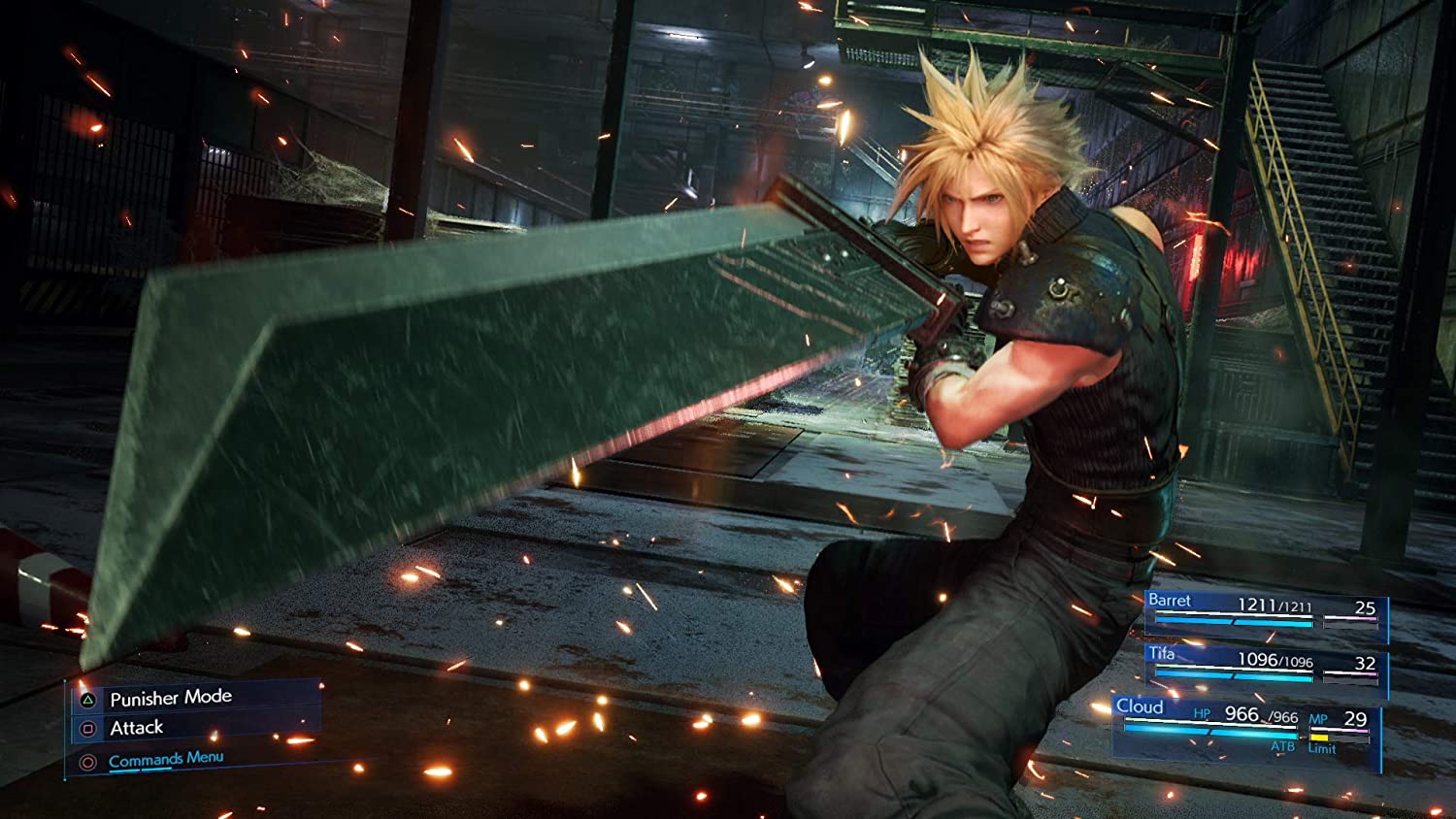 The Persona series understands everything about what makes a game cool, stylish, and interesting. The latest release, Persona 5, is no different. It follows the students of the fictional Shujin Academy as they navigate double lives as students who become the altruistic “Phantom Thieves” by night, doing their part to rid the world of ne’er-do-wells who prey on others. With slick turn-based combat, gorgeous anime artwork, and awesome music, Persona 5 is one of the coolest games you could play right now, by far. 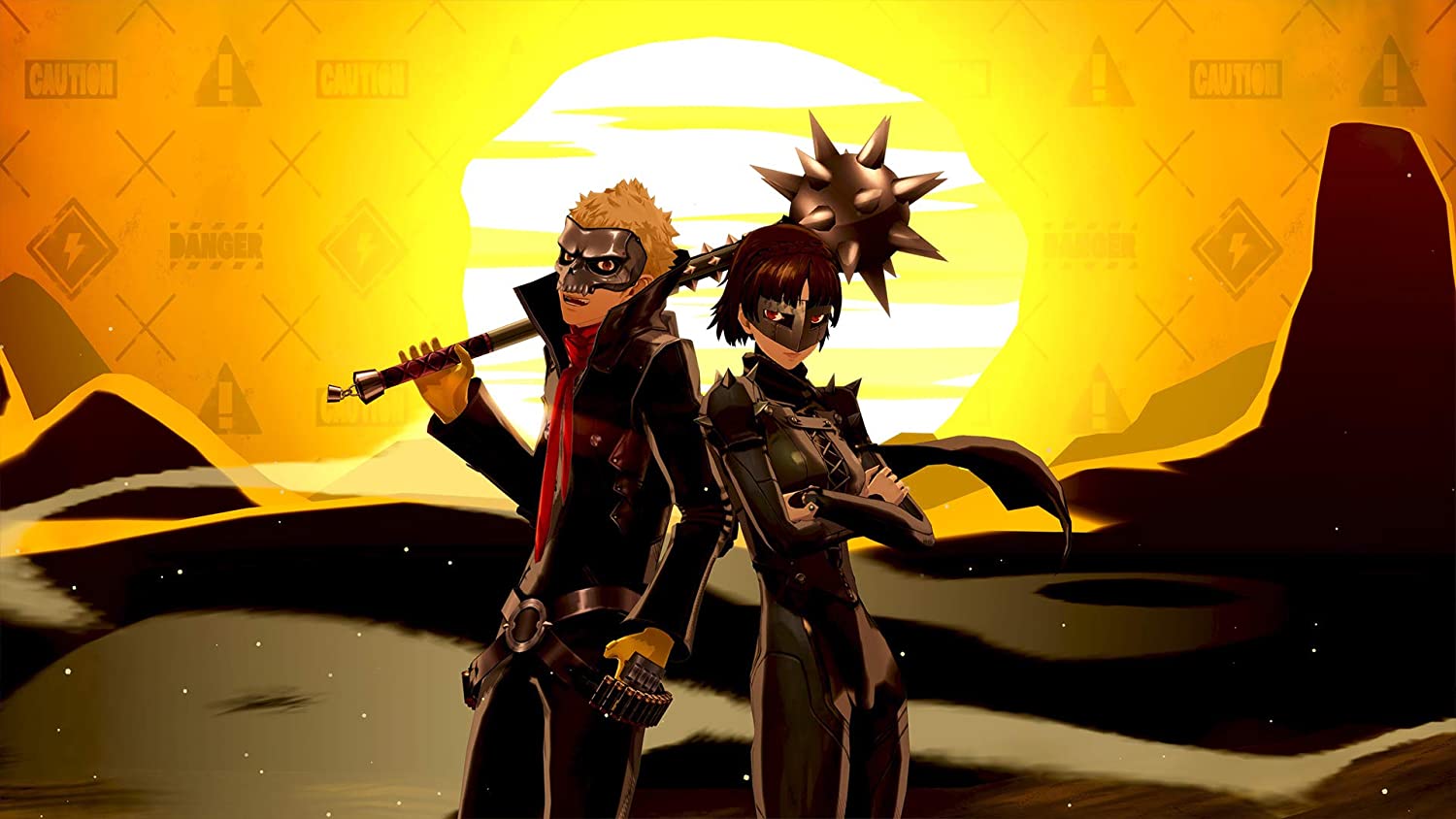 The Witcher 3: Wild Hunt may be the third entry in CD Projekt RED’s massively popular RPG series, but it’s also the best. It takes place in a sprawling open world that protagonist Gerald of Rivia returns once more, tasked with utilizing his special Witcher powers to pick up the trail of Ciri, one of Geralt’s acquaintances and the daughter of the emperor. Story aside, there’s so much to tackle by way of side quests, the card game Gwent, and a wide variety of other things to do that it’ll make your head spin. And that’s completely discounting how fantastic the game looks in general. You’ll want to spend hours sightseeing, and no one would blame you. 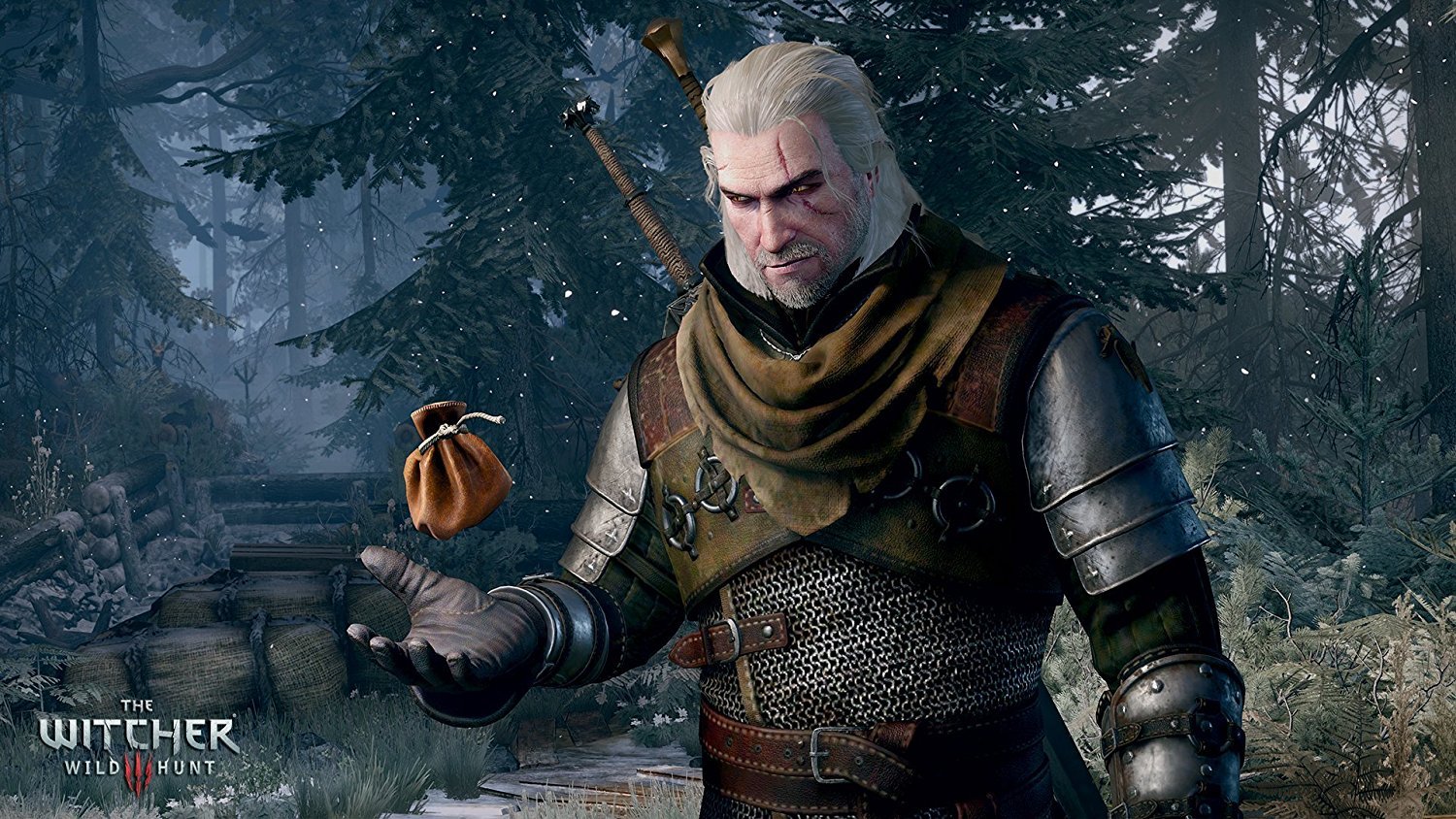 Octopath Traveler is an engaging adventure; a memorable and exemplary addition to any RPG fan’s collection. It follows eight different heroes, as the name suggests, and you can choose the one you’d like to start with at the very beginning. It doesn’t really change the way each path will play out, but much like the SaGa Frontier series, it means you have some sort of control over where you begin in the story. Your protagonist will remain in your party until you complete their arc, which will be comprised of four different story chapters. If you ever appreciated series like Final Fantasy or Chrono Trigger growing up, there’s plenty to love about Octopath Traveler. 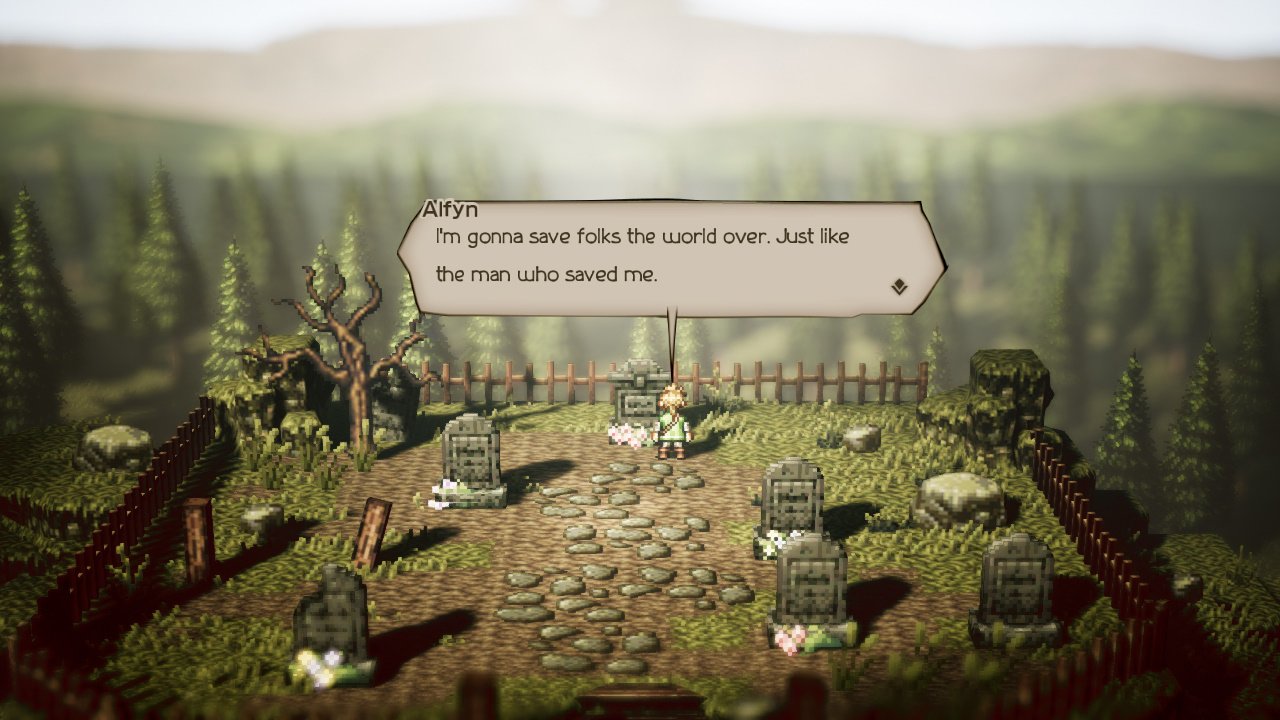 Join Sora, Donald, and Goofy as they return in Kingdom Hearts III, the fOn their quest to stop the evil Xehanort from beginning another Keyblade War, they’ll come across Disney characters like Toy Story’s Buzz and Woody, interact with Frozen’s Anna and Elsa, and even visit Pooh and friends in the Hundred Acre Wood. Kingdom Hearts III is a labor of love all around, from start to finish, and an endearing ride that even newcomers will want to get to know intimately. This is how you bring a beloved series around full circle, and by the end, you’ll be dying to see what’s next – hopefully another core game, eventually. 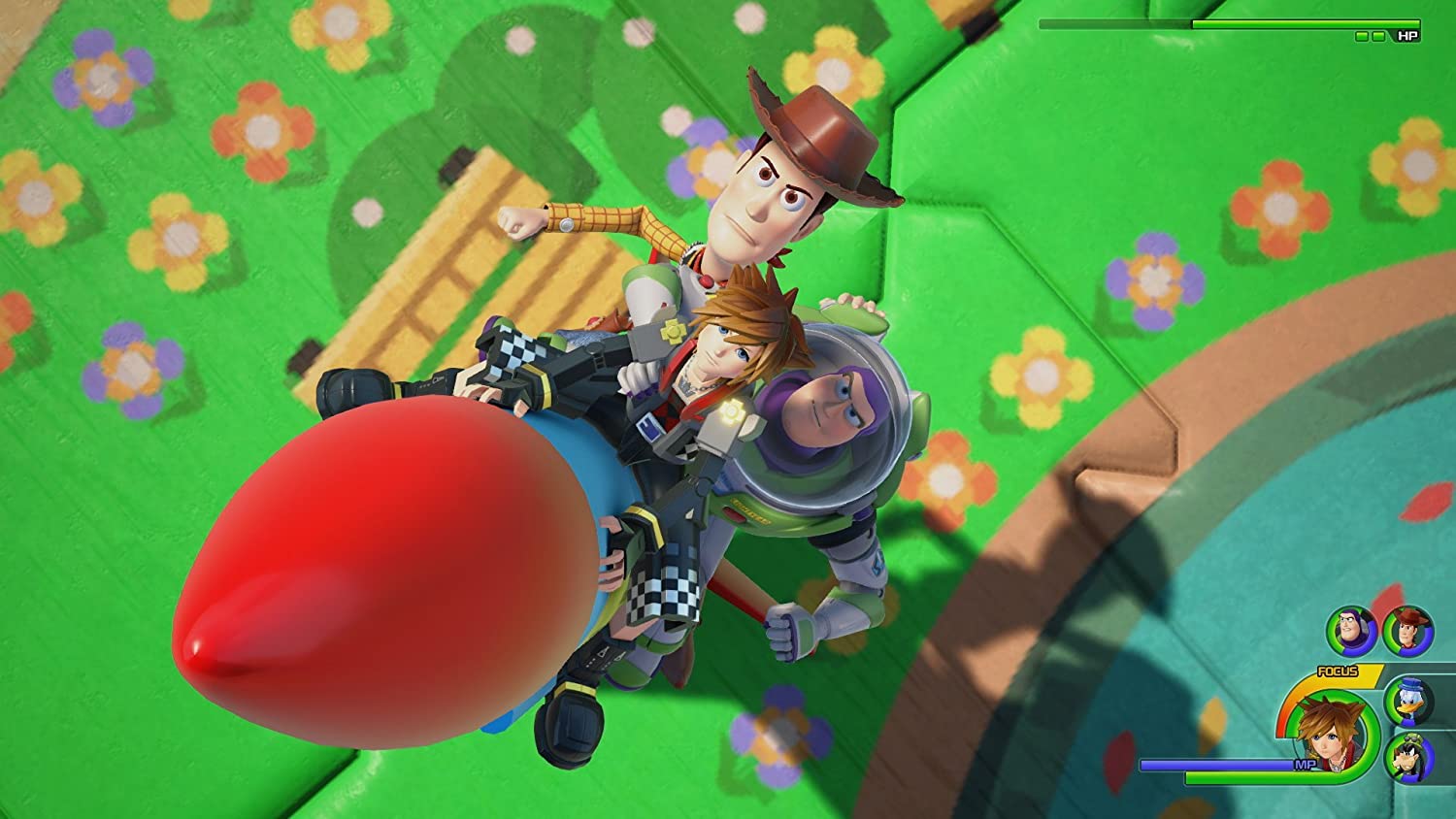 Yakuza 6: The Song of Life is the perfect sendoff to protagonist Kazuma Kiryu and his legacy. It’s hilarious, powerful in some areas, and action-packed in ways that only the Yakuza series can truly be. Exploring the streets of the fictional Japanese city of Kamurocho is an absolute blast, as is caving in the faces of the street thugs who want to cause trouble. If you’re not already a Yakuza fan, you’ll certainly be long after this song has ended – luckily, the series is exclusive to PlayStation 4 on consoles, so you can enjoy them all without having to spend too much money. 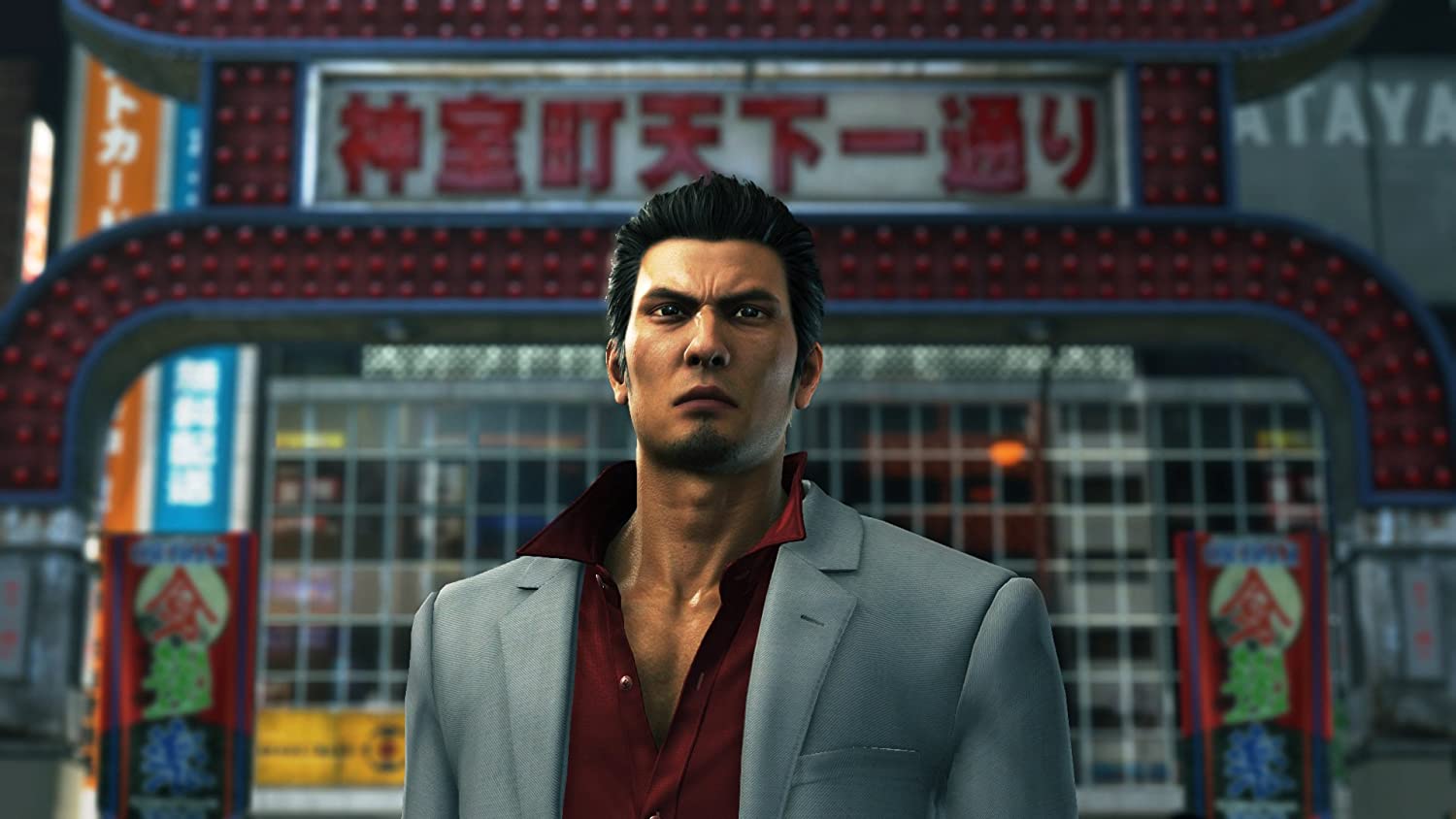 Yakuza 6: The Song of Life

Final Fantasy XV is a slick, meaty adventure that longtime series fans will be thrilled to get their hands on. It’s equal parts brooding and touching, a poignant coming of age story with a deep emphasis on the friendship between Noctis, Prompto, Gladiolus, and Ignis, and how their bond develops and changes as Noctis is forced to assume the mantle of king. Like all Final Fantasy games, there’s also a ton of side quests and exploration elements, and the vast world is one of the most developed yet. You’ll also come face to face with some of the coolest summons this side of Final Fantasy IX. 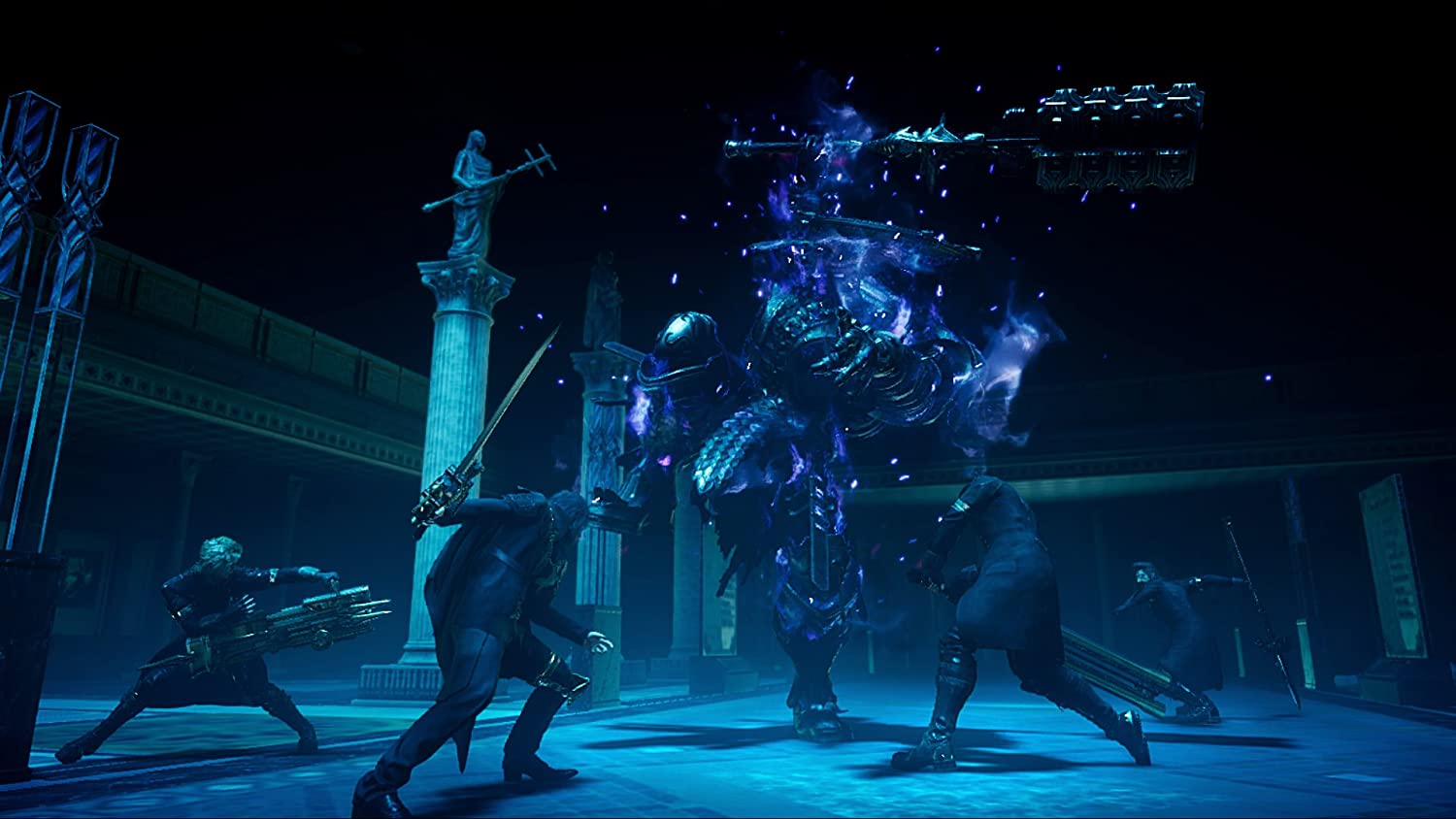 Dragon Quest XI is content to stick to classic RPG conventions to tell its magical tale. Instead of reinventing the wheel, it refines the formula of the best RPG games to their best components — and pulls them off wonderfully. The turn-based combat and mysterious hero story feel delightfully retro, but there’s enough modern convenience packed in to make it still feel fresh. In a time when long-running franchises are trying (sometimes too hard) to keep relevant, Dragon Quest XI is fine with being reliable and well-built, which ironically makes it unique among its peers. 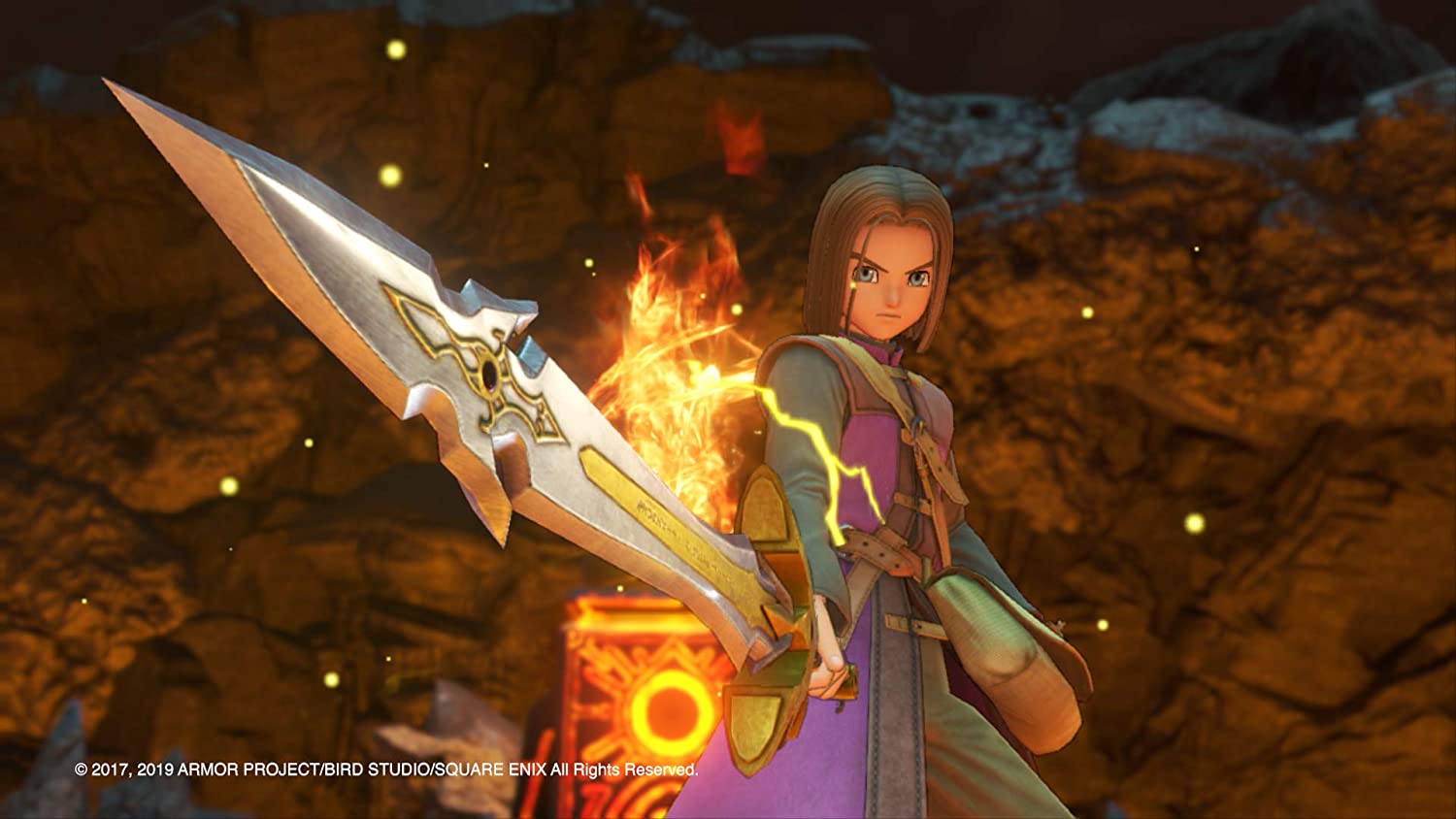 NieR: Automata may very well be one of the oddest RPGs you ever play, especially since it has tons of different endings. But it’s definitely a worthwhile experience. Comprised of the exemplary moments culled from various genres, it offers a master class in how to successfully meld styles with gusto. Set in a futuristic dystopian world that isn’t all that it seems, players take on the role of android 2B, who’s tasked with exploring and evaluating a world rife with killer robots in a bid to ensure humanity’s continued safety. Looking for weird? You found it. 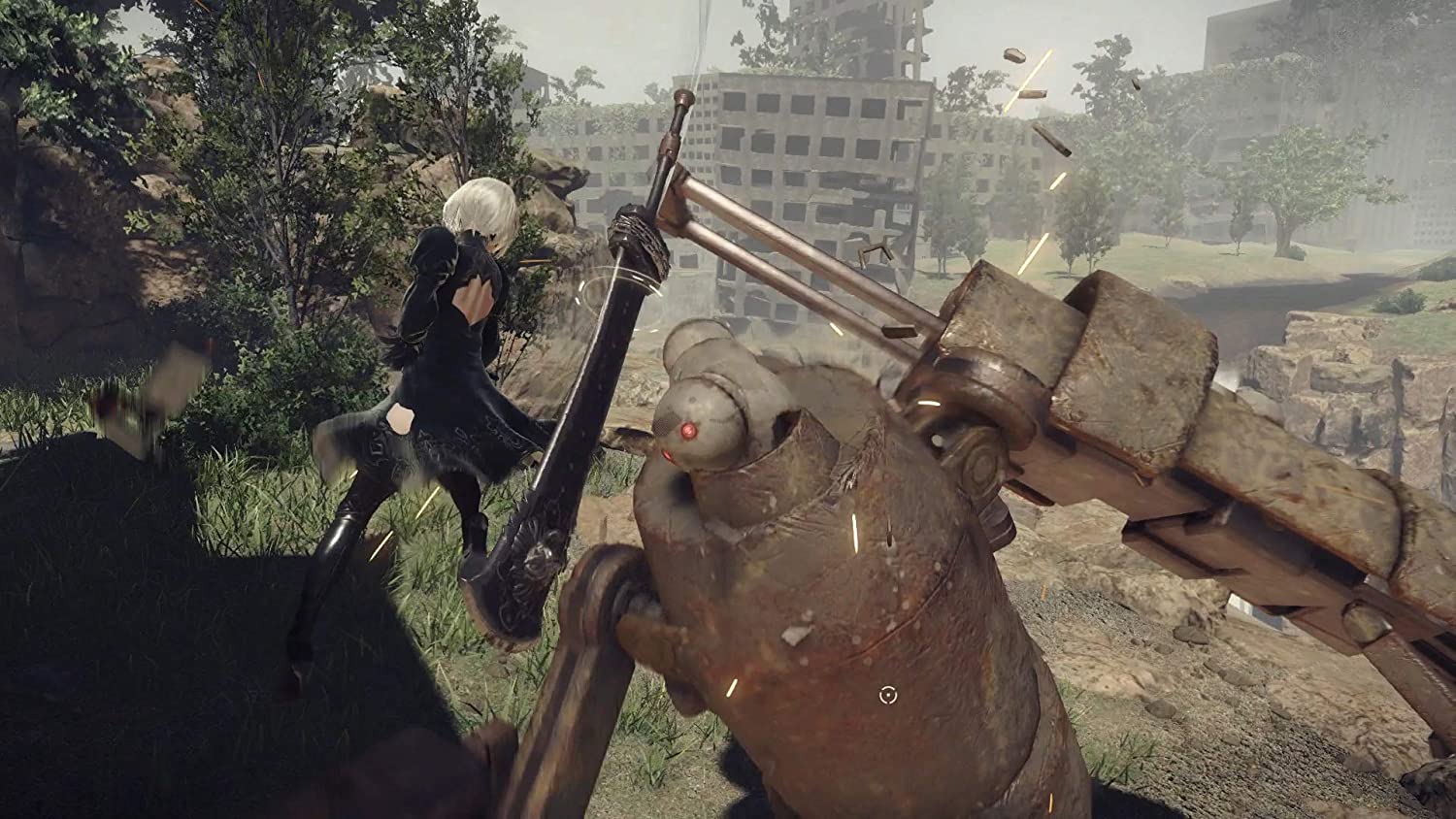 Ignoring our current climate in real life, exploring in an apocalypse can actually be fun. Fallout 4 puts you in the shoes of someone who awakens from cryogenic sleep a hundred years after a nuclear war wipes out most of civilization. What you do after that is up to you. There are dozens of stories throughout the Boston wasteland and you can choose to prey on the poor souls trying to live in this harsh world or you can build new communities and stave off the wilderness. You can spend hundreds of hours with this game and still find new things to see and do, and few titles give you this much bang for your buck. 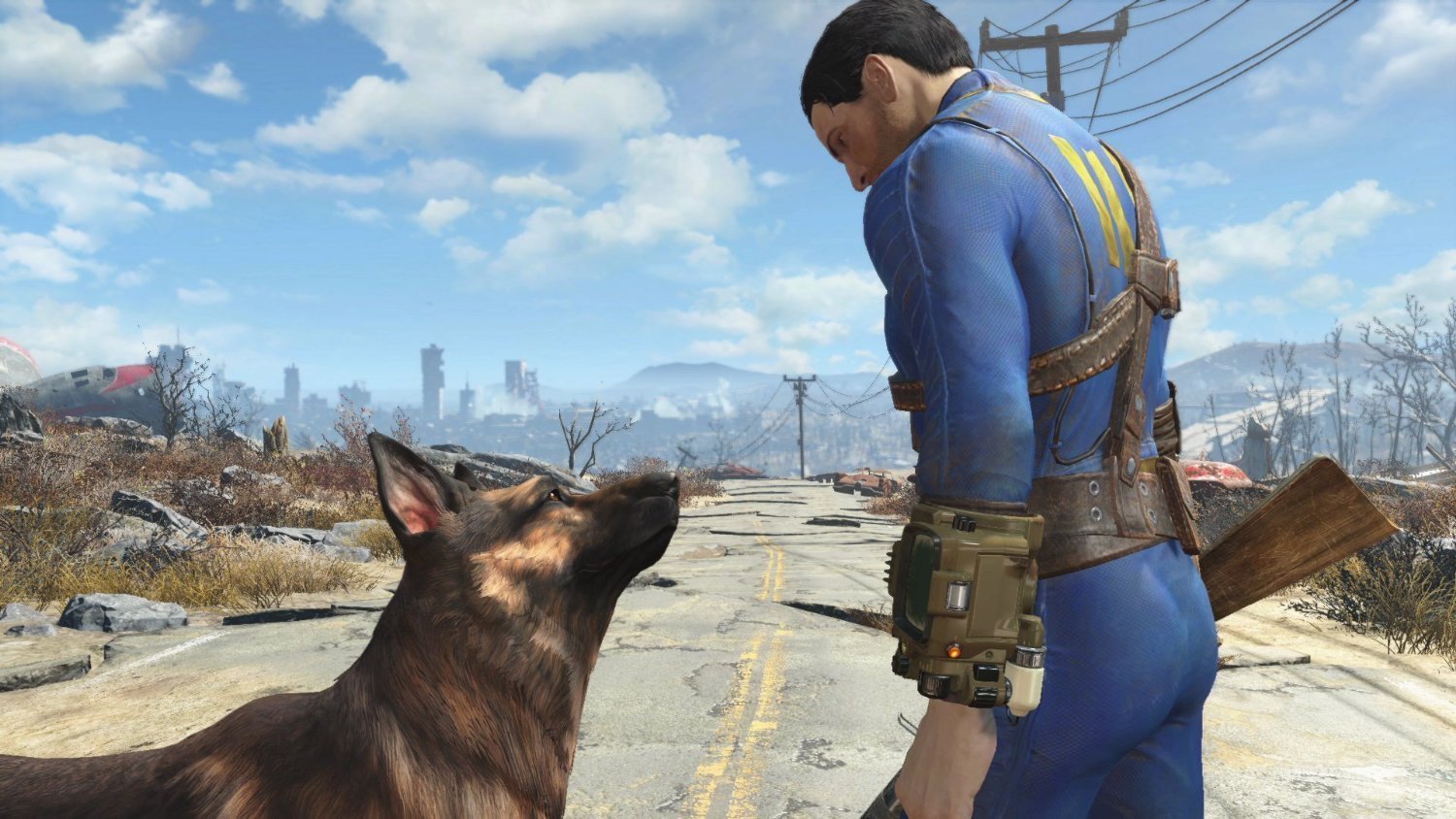