So you want to cut cable but don’t want to miss out on your beloved sports, eh? While cable does have all-around good sports coverage, there are plenty of sports streaming services that can bring you the sports you love.

Of course, there are a lot of factors that go into choosing the right sports streaming service for you. Do you need to be able to watch sports live? Are you really into a specific sport like boxing or soccer? Do you care about being able to DVR sports or other programming? Do you even want non-sports programming?

To help you choose a solid sports streaming service, we dug into the various options out there. While there are some good choices for highly specific needs, like Amazon Prime Video for “Thursday Night Football,” we really looked at general cable replacements with a good amount of sports or dedicated sports streaming services. We also only included services that offer, or can offer, some amount of live streaming because even the least-caring sports fan is going to want to watch something live at some point. We also made sure that everything we recommend has different apps for streaming, so you can watch on your TV streaming device, computer or smartphone.

In our research, we found that there isn’t one perfect package to cover everybody’s wants and desires (unless you’re willing to spend a lot more than you do on cable). But, we doubt cable does that for anybody either, so we went ahead and rounded up some of the best sports streaming services.

We think whatever you’re looking for, you’ll be able to find a service that provides it below, so check out the options and think about moving over to sports streaming today.

If you’re not too particular about live sports and would like some entertainment too, the best deal for most people is the Disney+/ESPN+/Hulu bundle. For $12.99 per month, you can get everything on Disney+, non-live sports and UFC on ESPN+ and all the TV shows and original programming you could ever want on Hulu. Unfortunately, this Hulu is the ad-supported version, but that’s a small price to pay for such a cheap bundle. You can get this deal by signing up through Disney+ and then your account will work on all three services, and if you don’t want ads on Hulu, you can upgrade and pay $18.99 per month.

If you do want live TV too, you can get the same bundle plus live TV by signing up through Hulu. Of course, live TV is the expensive factor, so this bundle will set you back $61.99 per month. But then you will legit have everything your cable got you: all four broadcast networks, major sports channels like ESPN, NBC Sports, FS1, FS2 and even less major sports channels like the Olympic Channel, ESPN 2, ESPNEWS, CBS Sports and the Big Ten Network. Add in the programming from Disney+ and ESPN+ on top of Hulu’s live and on-demand offerings and you will be able to watch just about anything, anywhere, anytime. If that’s not enough content, you can also always add premium cable options through Hulu too.

Unfortunately, none of the packages include any league-specific channels, but for the sports fan who isn’t casual but who also isn’t trying to watch only sports, you’ll have most of your sports streaming needs covered.

YouTube TV is another great cable substitute to consider for sports and entertainment. While some sports streaming services or on-demand services try to make a niche and differentiate from cable, YouTube TV went in the opposite direction and tried to replicate cable just with more conveniences and souped-up sports offerings. It’s basically the best one-stop-shop to replace the live channels you’ll lose when you cut the cable, only it’s digital, convenient, the easiest-to-use sports streaming service and almost certainly cheaper than whatever you’re paying for cable.

With YouTube TV, you’ll get NBC, ABC, CBS, FOX and ESPN, the five of which already cover more than 75% of live sports. But you’ll also get sport-specific channels like MLB Network, NFL Network, NBA TV, the Tennis Channel, the Golf Channel and additional great channels like CBS Sports, NBC Sports, FS1 and FS2. If you want even more sports streaming, you can also pay extra to add on Fox Soccer Plus and NBA League Pass.

And even if you won’t be around to catch all your favorite sports live (how could you with this many sports channels!?), YouTube TV offers unlimited DVR so you can record and watch later.

Add in the rest of your expected cable mainstays, like CNN, Fox News, Comedy Central, TBS, Syfy, AMC, Bravo etc . . . as well as pretty solid add-on options like NFL Redzone, HBO Max, Showtime and more and you can see why this service with more than 85 channels is one of our top picks.

The only real downside comes to price. It’s slightly more expensive than the top pick at $64.99 per month and the add-ons will set you back even further. But we think for most people, this package will cover most of your sports streaming needs.

Sling TV is a very popular option because it cuts down on a lot of non-essential cable channels in favor of the essentials and some lesser-known (read: less expensive) channels. That choice makes Sling TV significantly cheaper than some of the other live TV options.

For $30 per month, you can get the Sling Blue package, which includes FOX, NBC, the NFL Network, FS1, NBC Sports and the Stadium channel, which features some high school sports, wrestling and college sports coverage. This package also includes some solid basic channels like CNN, Fox News, MSNBC, Bravo, E!, USA and TBS. Of course, the omissions speak for themselves, like no ABC, CBS or ESPN, which will cost you a lot of sports coverage.

But that’s where Sling Orange comes in. For $30 per month, Sling Orange will get you fewer of those familiar basic cable channels but you’ll get ESPN, ESPN 2 and ESPN 3.

You can also get everything on both Orange and Blue for $45 per month, which isn’t great, but is pretty solid for the price.

What also makes Sling great though are the upgrade options.

On Sling Blue, Sling Orange or the combo package you can pay an extra $10 per month and get NBA TV, NHL Network, Golf Channel, beIN Sports, NFL Redzone and more. Alternatively, if you just love a single team, like the New York Knicks, you can get NBA TV and a Knicks-only channel for an extra $17.99 per month. Or if you’re a fan of British and Australian TV, you can add Acorn TV for $6 per month. Really, whatever extra channel you want, including news channels, kid’s TV, comedy TV and some premium cable, you can add it to Sling for a price.

And in a neat little tie-in, you can connect Sling to an HD antenna if you have one to get all your local channels, which fills in some of those coverage holes like ABC and CBS. (As of publication, Sling is actually offering some deals on HD antennas and other hardware if you’re willing to pre-pay for the service, which is a steal in our opinion.)

Overall, Sling is the best basic budget option for sports streaming, with the capability to expand its sports streaming coverage for more money. If you want to get a sense of how the service looks and feels, check out Sling’s free live TV here. 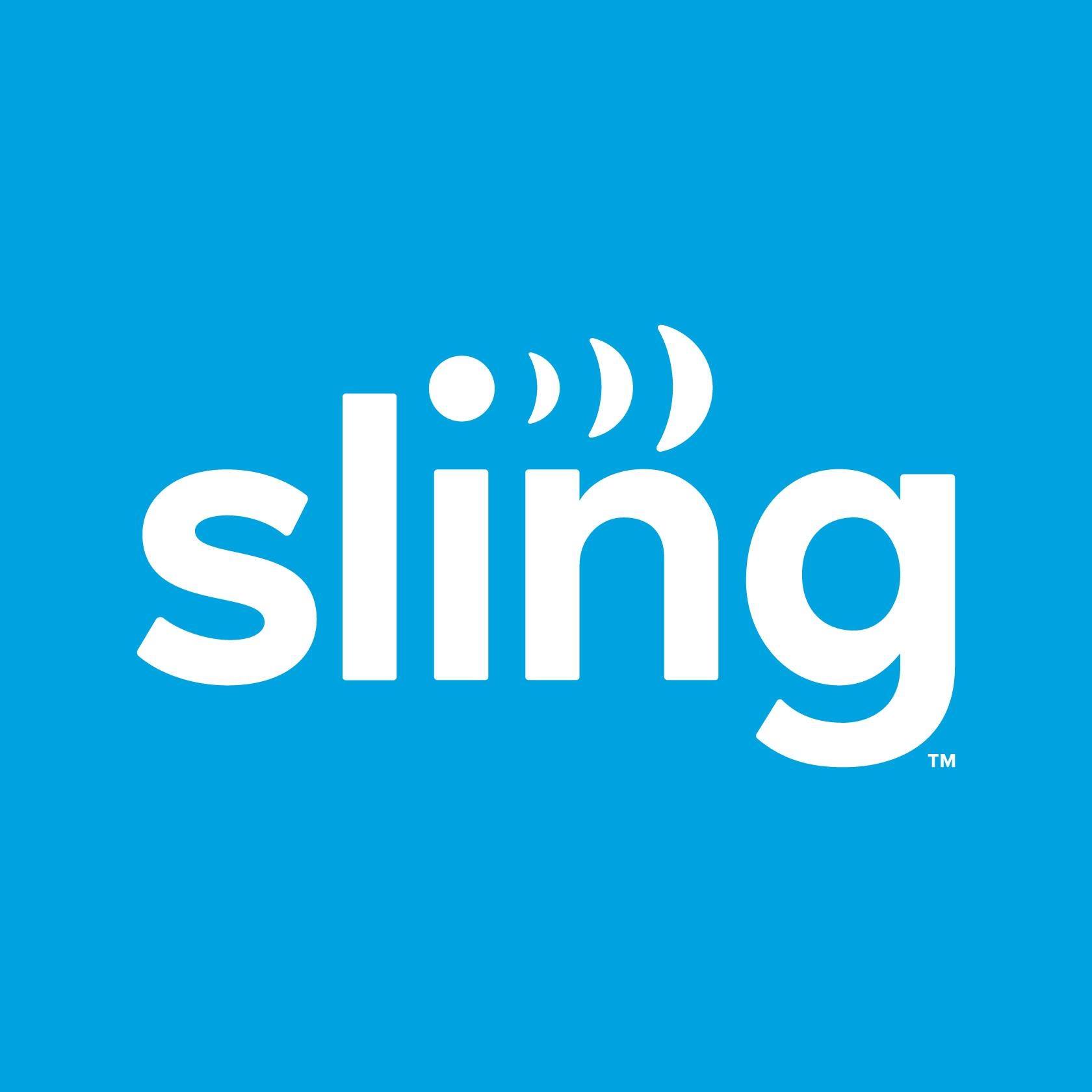 FuboTV originally started out with soccer programming but expanded over the years to basically become the sports grab-bag of streaming services.

It has far-and-away the most sports-centered channels available, about 50 depending on your region, including NFL Network, beIN Sports, CBS Sports, FS1, FS2, ESPN, NFL Redzone, NBA TV, NHL Network, MLB Network, Fox Soccer Plus as well as international channels like ESPN Deportes, Fox Deportes, GOL TV and much more. It also includes the major broadcast networks and even includes some regional sports channels depending on your location. For instance, in the New York area, you can get MSG and SNY.

Add on another 120 or so channels of entertainment and news channels, and you’ve got a pretty solid sports streaming and all-around cable replacement service. You also get plenty of cloud DVR, which varies depending on your plan, and if you’re a Spanish speaker you can get a Spanish-language package, which is pretty unique among major sports streaming services.

There are three notable downsides: First, you don’t get all of that sports content up-front. The fact that it’s all available in one service is great, but you’ll have to choose add-ons and pay extra to get some of the stuff mentioned above. The second thing is the basic packages are already pretty expensive to begin with, with the Family plan starting at $64.99 per month and the Elite plan starting at $79.99 per month, so tack on an extra $10 or $20 in add-ons and the value starts to fall off pretty quick. Lastly, though FuboTV boasts 4K streaming, that tends to be the exception and most of its live sports stream in 720p.

Overall, if you’re just looking for the chance to access as much sports content as possible, then FuboTV is the best sports streaming service for you. If you don’t need every sport under the sun, you can find cheaper options that will deliver the specific sports you want.

DAZN stands out among sports streaming services in that it really only sticks to sports. For $19.99 per month or $99.99 per year, you can get all kinds of sports live and on-demand, including darts, bowling, table tennis and some minor soccer leagues. But the real draw for DAZN is combat sports.

Through DAZN, you can watch Bellator MMA, exclusive boxing matches from Canelo Alvarez, Gennady Golovkin and Anthony Joshua, exclusive content from Golden Boy Promotions and World Boxing Super Series as well as a bare-knuckle fight league and a South African MMA promotion. The real kicker is you don’t have to pay anything extra for that premium content. If you end up watching two big boxing matches, you’ve already saved more money than if you had bought the pay-per-view on cable.

Overall, DAZN is a pretty great value if you just love watching people fight, but the sports streaming service doesn’t have anything from Top Rank Boxing or UFC, whose rights belong to ESPN, or any other non-sport-related content either. It also only streams live in 720p, which is a huge bummer. Though it doesn’t have DVR, any fight on the platform goes into DAZN’s archive where you can watch it later in 1080p.