Have you been craving a surf vacation? Perhaps you simply love surf movies? Either way, you’ll be transported toward a deserted beach with perfect, endless waves with all of these classic films. From surf films that are pure angles and shredding to films with a little more plot, we’ve got you covered. Dive into a good movie of pure ocean action, epic footage and endless sunsets as surfers travel the globe on the search for the perfect wave. From Hollywood blockbusters to scrapped-together documentaries that ended up defining a generation, there’s a surf film for everyone.

Surfing is such a beautiful sport to watch for its fluidity and it is best captured on film. Often, photographs don’t do it justice and the constant companion to surfing is the ever-moving ocean, so why wouldn’t we want to watch her graceful moves throughout a film?

So if you’re into iconic cinematography, wide-open vistas of coastlines, and surfers shredding every wave they can find, then check out the best surf films here, and hopefully, we’ve gotten them all down. We’re also not responsible for any sudden surf trips booked after viewing any of these films.

In this beautiful film by Chris Burkard, we follow Burkard and a few friends to the barren, icy land of Iceland where they take on the challenge of surfing among the fjords during a rare storm that brings endless waves to the island. While on their quest for the epic wave, they travel by ship across ice, plunge into the icy sea for quick swims in their wetsuits, and ultimately, answer the call that every surfer knows: where is the best wave? The film is worth watching just for the shots of Iceland alone and to add the waves and Burkard and his crew surfing under the Northern Lights is just a cherry on top. Every surfer and adventurer needs to watch this film.

Under An Arctic Sky

The story of Bethany Hamilton has a second chapter; many of us watched with dropped jaws as the film Soul Surfer told her childhood story of the shark attack that took her arm and how she found her way back to the lineup only four weeks later. Now, she returns as an adult with a documentary about how her life has turned from being a teenager competing again to the joys of motherhood, surfing the world, training, and defeating World Champions like Carissa Moore and Tyler Wright. The documentary is directed by Aaron Leiber and is a jaw dropping show of epic wave footage and Bethany’s courage in the face of all obstacles, creating inspiration in us all to surf our heart’s out while we still can. 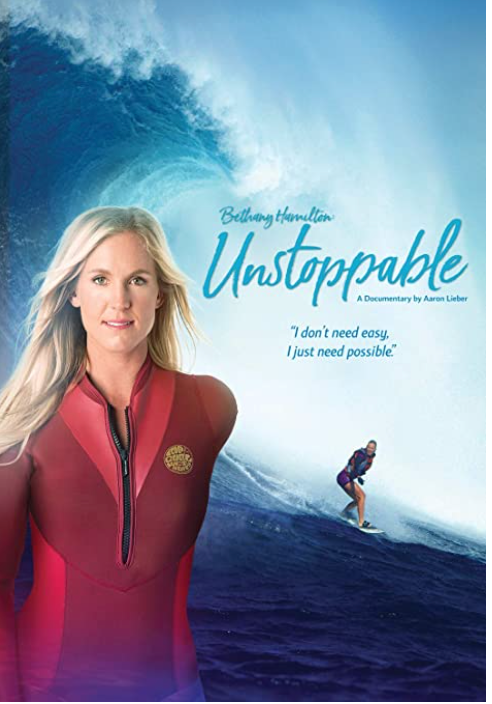 Director Bruce Brown captured a worldwide audience with his film The Endless Summer and if you haven’t seen it, you need to. It follows two friends in their quest for the perfect wave and shows their adventures along the way. An instant classic, this film has captivated surfers and surf fans for decades. It’s a must-see film about the power of friendship, the beauty and power of the ocean, and of course, the search for the perfect wave.

In this epic footage of Andy Irons and his fellow competitor Dave Rastovich, director Jack McCoy follows them around with his camera to show their differences and similarities. The resulting film is a compilation of beach breaks, endless tube rides, and sweeping shots of empty beaches. This is the film to watch if you’re a fan of the late legend Andy Irons and have been craving some gnarly barrels. Blue Horizon documents two competitors as they travel the world on an epic surf tour and their subsequent teachings and learnings from each other.

The story of John Florence, a professional surfer from the North Shore of Oahu, is a captivating tale. His origin story as a kid who couldn’t get out of the ocean to his other hobbies such as film and sailing shows us another side of Florence usually only seen through the lens of the World Surf League and his imminent jersey. Who is the real John Florence? His documentary is beautifully shot, with sweeping angles of the Hawaiian Islands and crystal clear images of a wave as it curls from underneath. If you love the beauty of the ocean and love a good story, then John Florence’s film is a must-watch surf movie. Put it on your radar ASAP and enjoy the cinematography only a native ocean dweller can capture.

View From a Blue Moon

A film by Jack Johnson, yes, that Jack who lends his surfing, directorial skills, and lyrics to a film he made in the late nineties with a film school buddy Chris Malloy. The cast includes a generation of surfers so if you’re interested in the old school crew of the nineties or just want to check out how people were surfing back in the day, this is a good film for you. At once a beautiful portrayal of the ocean and the art of surfing, it has also become a time capsule of another generation of surfers, the ones who taught us everything we know and who began to break boundaries. 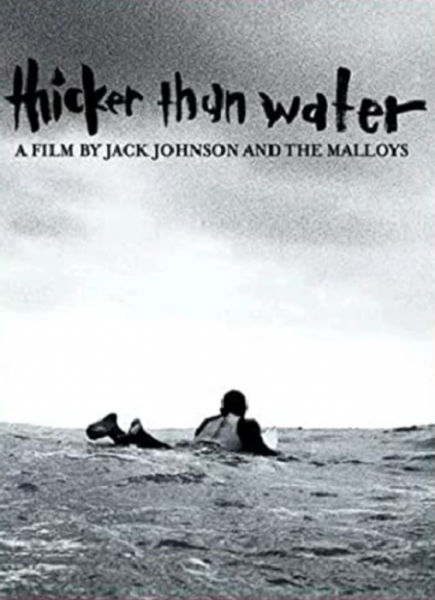 Described as an excursion into the absurd, this film by Kai Neville takes the culture of surfing and turns it on its head. Sure, there are beautiful shots of epic waves being surfed, but stay for the weirder moments in between: the open canvas of a parked trailer, a horse being driven down a highway, a dog prone on a pink chair. What does it all mean? Neville ties the absurd into the collection of footage to show perhaps that all of it is absurd in the end, this culture we’ve made of surfing or society in general. It’s strangely engrossing film.

The young teen Jay Moriarity’s quest to surf Mavericks materialized as a Hollywood flick in 2012 and it was actually pretty decent. Told without the typical overbearing action shots and useless, cliched dialogue, Moriarity’s journey is well documented as a plotline and as a coming of age story. Told with a heartwarming performance by Gerard Butler and Jonny Weston, this tale will prove the power of friendship in overcoming our greatest obstacles.

Nick Gabaldon paddled from “The Inkwell” in Santa Monica all the way to Malibu’s First Point, 12 miles away. A surfer from the 1940s, Nick is thought to be the first African American surfer to cross the racial divide and make his way onto the waves of Malibu. His story is told through the lens of the racial divide and how he crossed segregated lines at beaches and pools. Nick befriended white surfers and is hailed as a great surfer in his own right. 12 Miles North shares his harrowing journey to do what he loved, against all odds.

Told as a love story to California and its dreamy landscape of endless waves, multiple surfers share their stories across one day of pounding waves in six different cities. Ride along as they show off their hometowns epic breaks, seamless lines and unbeatable lineups. A true love story to the ocean herself, this isn’t a film to miss if you’ve been frothing over Cali and her perfect waves.