* Taylor Swift is one of the biggest artists in the world
* Fans hang onto her every lyric and every word
* Latest album,”Reputation” followed massive success of “1989”

After a string of build-up and industry speculation, Taylor Swift delivered an album to both commercial and critical success last year when “Reputation” was released.

It had been three years since Swift unleashed the massively successful, “1989,” which debuted at #1 around the world and took home a much-hyped Grammy Award for Album of the Year. The album has since sold almost 10 million copies worldwide. 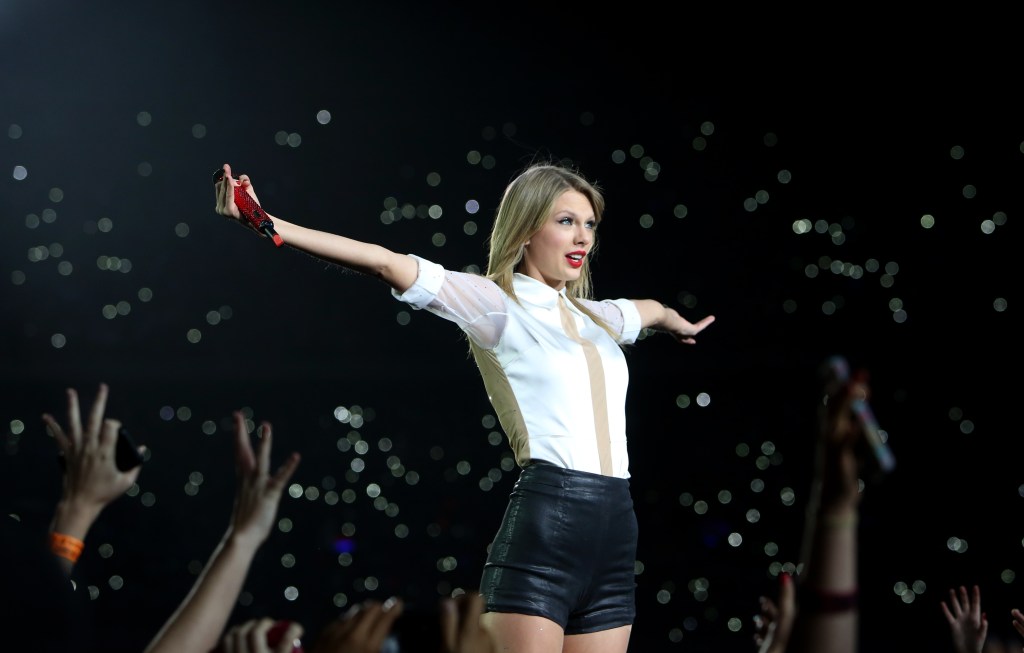 With 102 million Instagram followers, 85+ million on Twitter, and an almost ubiquitous media presence, it’s hard to believe that Swift debuted her first album just over 10 years ago. In that short time, she’s cemented herself as one of the biggest selling acts on the planet (three of her albums each sold more than a million copies in its first week of release), not to mention a huge touring draw and radio staple.

With “Reputation” dropping as her sixth release, SPY looks back to see how Swift’s first five studio albums stack up.

This self-titled debut album introduced the world to a Nashville girl (though Swift is originally from Pennsylvania) who sang about heartbreak, longing and the everyday experiences of high school life. Swift was alternately quiet and outspoken, with her candid lyrics setting her up as a songwriter who wasn’t political but still had much to say. The album was immediately embraced by both fans and radio alike and while it was predominantly country-tinged, there was just enough in her melodies and lyrics to win over some mainstream fans as well.

KEY TRACKS: Tim McGraw, Teardrops On My Guitar, Should’ve Said No, Our Song 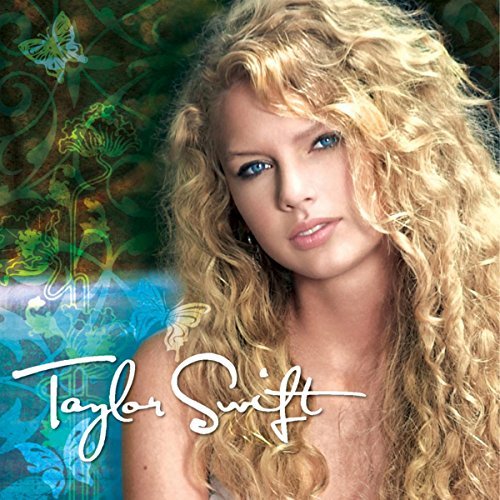 “Speak Now” debuted at number one on the U.S. Billboard 200 chart, and its first-week sales of 1.04 million copies marked the then second-biggest debut in history for a female artist (a feat she would later top herself). Swift wrote all of the songs on the album herself, without the help of any co-writers. Though still firmly rooted in country, the music began to expand into pop territory, while critics praised the lyrics for being sharper and more decisive. Interestingly, “Speak Now” was also the first album where fans began to link the lyrics from some of the songs to the Hollywood stars Swift was reportedly dating.

KEY TRACKS: Back to December (reportedly about Taylor Lautner), Dear John (speculated to be about John Mayer), Mean, Haunted 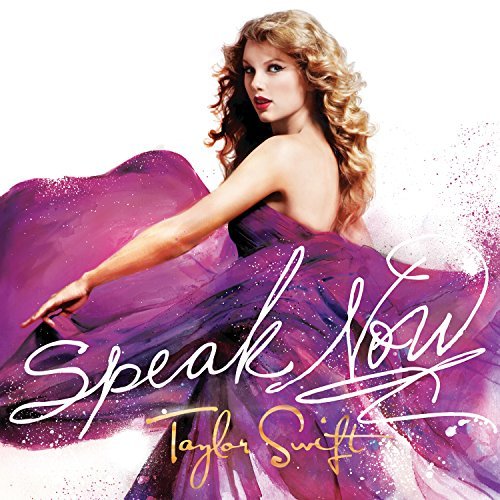 “Fearless” was Swift’s second studio album but it heralded the first sign that the “young” curly blond haired teenager was here to stay. The song, “Love Story” became a massive hit, crossing over not only from country radio to pop, but crossing over internationally, too. The album also won Album of the Year at the 2010 Grammys, beating out both Beyonce and Lady Gaga.

Swift, who was 18 at the time, became a hero for teen girls everywhere, with her ode to unrequited love, breakups and BFFs. Her Romeo & Juliet inspired imagery from that time also made the singer a fashion role model, known as much for her romantic dresses and care-free style as she was for her sing-along lyrics and songs. 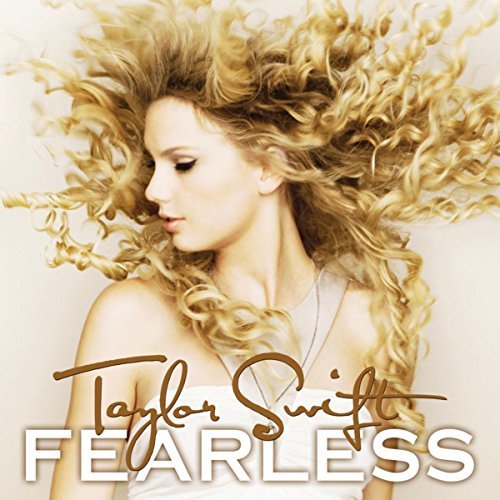 By 2012, Swift was making her play for pop domination. “Red” saw the singer team up with mega-producer Max Martin (known for his work with Britney Spears and the Backstreet Boys) and Shellback (who’s worked with Avril Lavigne and Kesha). It also introduced a duet between Swift and a then up-and-coming singer named Ed Sheeran. The tracks were as catchy as they were memorable, making “Red” a playlist staple for both sorority parties and bachelorette parties alike.

“Red” debuted at number one on the U.S. Billboard 200 chart, and became the fastest-selling album in over a decade. Perhaps inspired by the album color and title (Swift said “Red” covered emotions “spanning intense love, intense frustration, jealousy and confusion“), the singer was sassier and more convincing than ever, delivering ass-whooping choruses, “talk to the hand”-type tales and dozens of subtle burns (allegedly about Jake Gyllenhaal).

KEY TRACKS: We Are Never Ever Getting Back Together, I Knew You Were Trouble, 22, Everything Has Changed 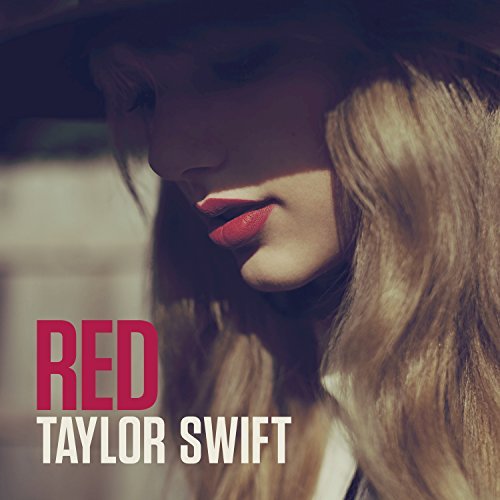 The album heard around the world, “1989” has been Swift’s magnum opus thus far. The once diminutive damsel in distress was all grown up, blossoming into a Wonder Woman fully in charge of her songwriting, her career and her love life. Embracing pop-rock, synth-pop, folk and even elements of electro and dance, “1989” was an aggressive parade of hit after hit. In total, Swift released seven singles from the album, with three of them hitting #1.

“1989” won the Grammy Award for Album of the Year, making Swift the first female to win the top prize at the ceremony twice with her own work (the previous win was for “Fearless”). This is also the album that seemed to fully propel Swift into the mainstream, earning love (and squad members) from everyone from Lena Dunham and Cindy Crawford, to indie rocker Ryan Adams (who released his own track-by-track cover album of “1989” a year later). Further proof of Swift’s cool factor: her remix of the album track, “Bad Blood,” featured a then-underground rapper named Kendrick Lamar.

KEY TRACKS: Shake It Off, Blank Space, Bad Blood (remix), Wildest Dreams, Out of the Woods 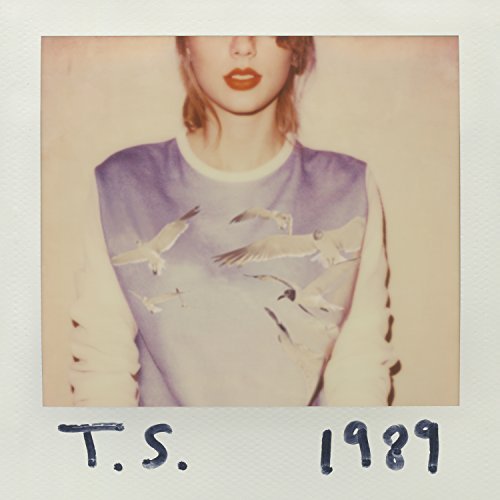