Video gaming can get expensive rather quickly, whether buying a gaming console, a new computer, or even the best gaming accessories. This isn’t even taking the cost to purchase a game into consideration, most of which hover around $60, and that doesn’t even include expensive collector’s editions. No matter how you cut it, gaming isn’t cheap.

However, in the same way a service like Netflix has made it easier to see hundreds of beloved movies and TV shows, gaming streaming services accomplish the same goal. Having a subscription to one of these services is essentially like renting a game from Blockbuster, only without a due date. That makes it easier to play hundreds and hundreds of games without having to spend actual hundreds to get it done. Plus, many of these gaming streaming services also cut down on the cost of pricey hardware, making it even more affordable to play the latest and greatest titles.

Game streaming services are still pretty new, so there isn’t a lot to choose from when weighing your options. However, the ones that are on the market are quite compelling in what they offer. Here are the best gaming streaming services to make gaming even easier, and perhaps, a little cheaper too.

Xbox Game Pass is the undisputed champion when it comes to gaming streaming services. The platform allows access to a vast array of third-party titles and every single Microsoft-published game. While technically not a streaming service, Game Pass is actually better because you can download the games you’re interested in, which cuts down on any issues with lag or performance since the game files are technically local on your system. As shown in their most recent E3 press conference, dozens of Xbox exclusive and non-exclusive titles like Halo Infinite will debut on Xbox Game Pass on the day of their release. Additionally, Xbox’s cloud streaming service will provide support for these titles too. Plus, Microsoft has made significant strides in extending Game Pass to PC and making the service even more valuable. Game Pass is far and away our top choice based on the value, exclusive titles, and ease of use around the service. 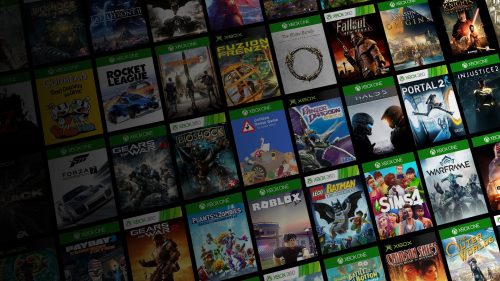 PlayStation Now functions in a similar way to Game Pass, allowing you to play a handful of both third-party and Sony-exclusive titles on your PS5, PS4, or PC for $9.99 a month. You’ll need a PlayStation Network account to access the games, including exclusives like the Uncharted series and The Last of Us. New titles are added each month to this gaming streaming service, with the option to either stream or download the title depending upon your personal preference. You will, however, need a PlayStation controller to play the games, even on the PC. 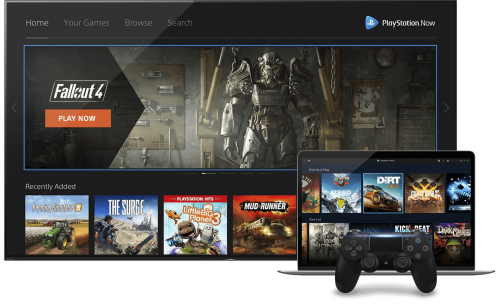 Graphics card maker NVIDIA’s GeForce NOW streaming service offers an interesting spin to streaming gaming in the sense that it’s a great tool for those with low-end gaming rigs or even an Apple device. While you still have to purchase the games you’re interested in playing, GeForce NOW operates through cloud processors to run the game on any device, no matter the device’s specs. Yes, that means your Android tv, Android phone, Chrome browser, and even Safari. GeForce NOW comes in two different tiers, a free option that allows for hour-long play sessions or a $9.99 option that allows for access to better gaming servers and higher graphic quality. 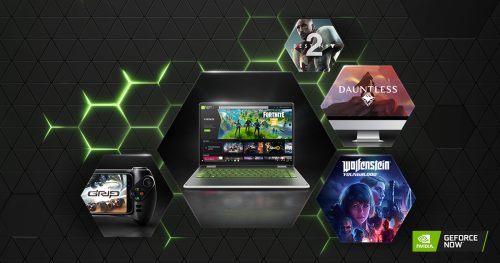 Google Stadia’s biggest feature is the ability to stream games in 4K resolution from a Chrome browser and other devices with browsers, including TVs, tablets, and Android phones. Stadia offers some games for free (via your Google Account), with plenty of others available for purchase. A $9.99 monthly membership fee gets you to the Pro level which offers a handful of included titles as well as 4K resolution, 60 fps output, and HDR display. At this time, the library of Stadia games isn’t as deep as other services; however, we anticipate the collection of offerings on this gaming streaming service to grow and evolve. 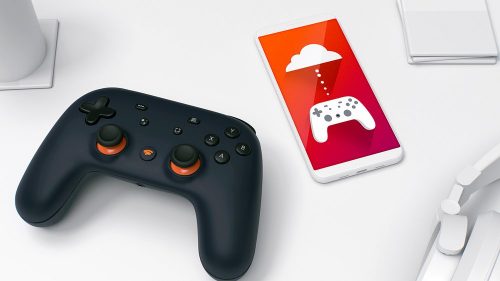 Like GeForce NOW, Shadow provides you with a cloud-based server that essentially functions as a high-end gaming system. With streaming resolutions of 4K and ultra-low latency, you can run a native Windows 10 PC experience with any device that has a 15 Mbit/s connection, including macOS, Android TV, iOS, tvOS, and Linux. Simply import the games you own, and then you’re off to the races. Shadow is undergoing a leadership transition at the time of this writing, so some of these details may be in flux, but for now, the gaming streaming service costs $29.99 and will be available for purchase beginning on June 25, 2021. 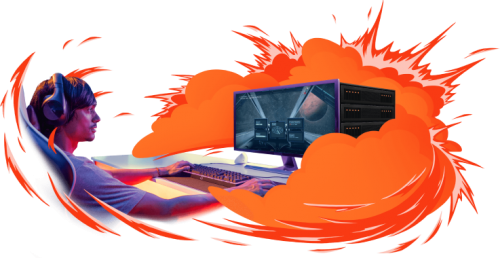 These PC Games Are the Absolute Must-Plays