Anyone with a vinyl collection will agree that the majority of must-have vinyl records varies from collector to collector. Music preference, value, scarcity and listening habits are all determining factors in terms of collecting vinyl. Some of you might prefer rare first-pressings that never see a needle drop under your possession while others spend their workdays browsing new releases from their favorite modern artists online at Rough Trade. Music is completely personal to each listener, but we have to be frank with you. Some of the best vinyl records in this world aren’t always rare first-releases or golden garage sale finds.

Yeah, the “best” vinyl records are specific to each individual collector, but there are some vinyl records every modern collector should have in their collection, no matter their particular taste. These records are more or less collection staples. They’re albums that were essentially made for listening on your record player turntable, even if they’re recent releases created in a world hyper-focused on digital downloading.

Whether you’re just beginning your vinyl record collection or it’s skyrocketed past the 500 record mark in recent months, there’s never a bad time to add another one to your collection. With that said, check out these must-own vinyl records below.

Are you surprised? You shouldn’t be. Rumours by Fleetwood Mac is essentially the vinyl record of vinyl records. It was the number one most sold record in the past decade, even though the record was initially released all the way back in 1977. Rumours is jam-packed with bops and unmatched harmonies that any Boomers or Gen-Zers can appreciate. This is the kind of record you throw on after taking a steamy shower and lighting some incense, and then dance to alone, naked in your bedroom. 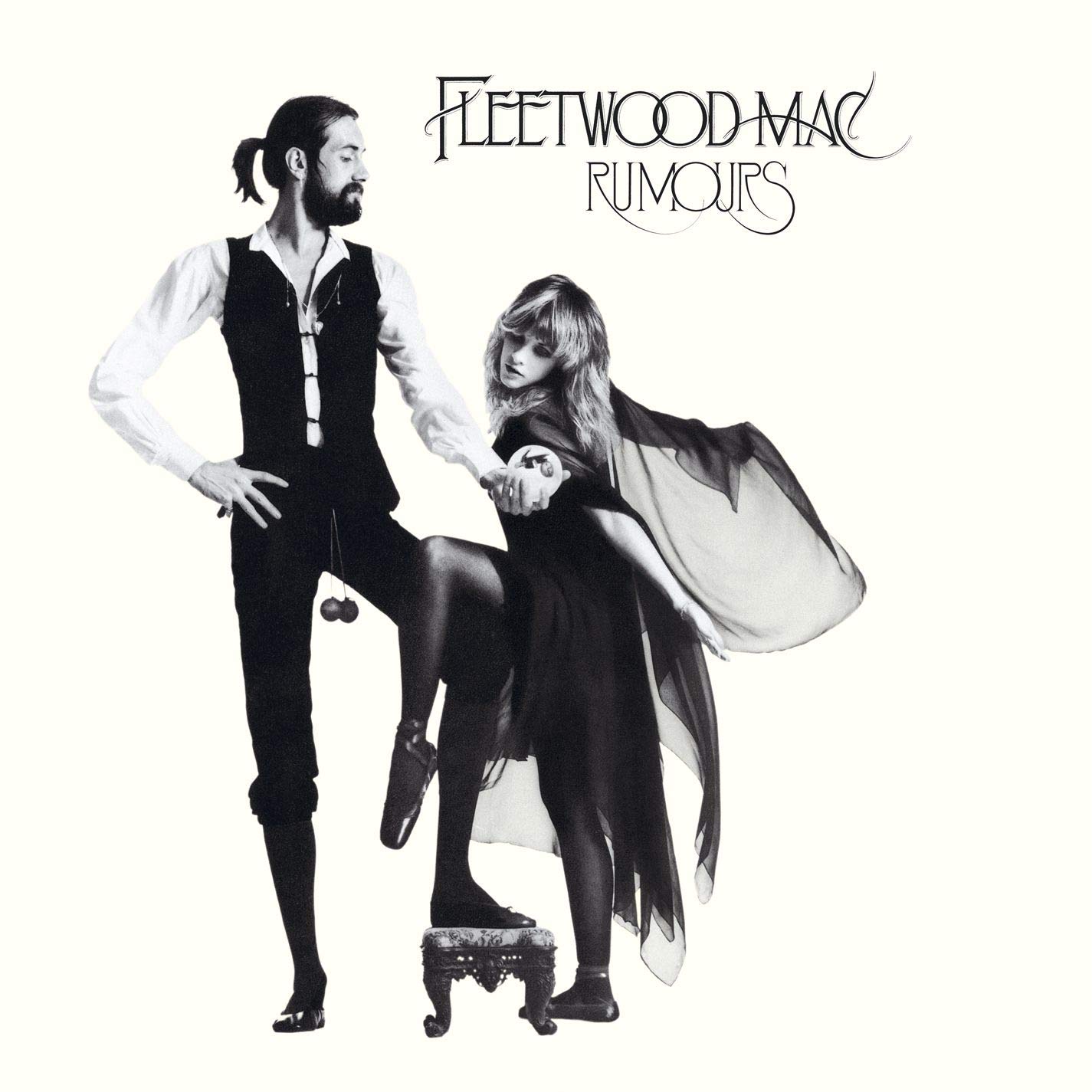 BEST FROM THE KING OF POP

If you’re going to own any vinyl record by the King of Pop, it’s gotta be Thriller. We don’t make the rules, sorry, it’s just the way the cookie crumbles. Transform the way you listen to Jackson’s glamorous, dancey vocals and bop around the house like nobody’s watching. Sure, there’s been a ton of controversy surrounding Michael Jackson in recent years, but this album is a masterpiece that dramatically altered the way pop music sounds today. It’s a must-have for any vinyl lover, that’s for sure. 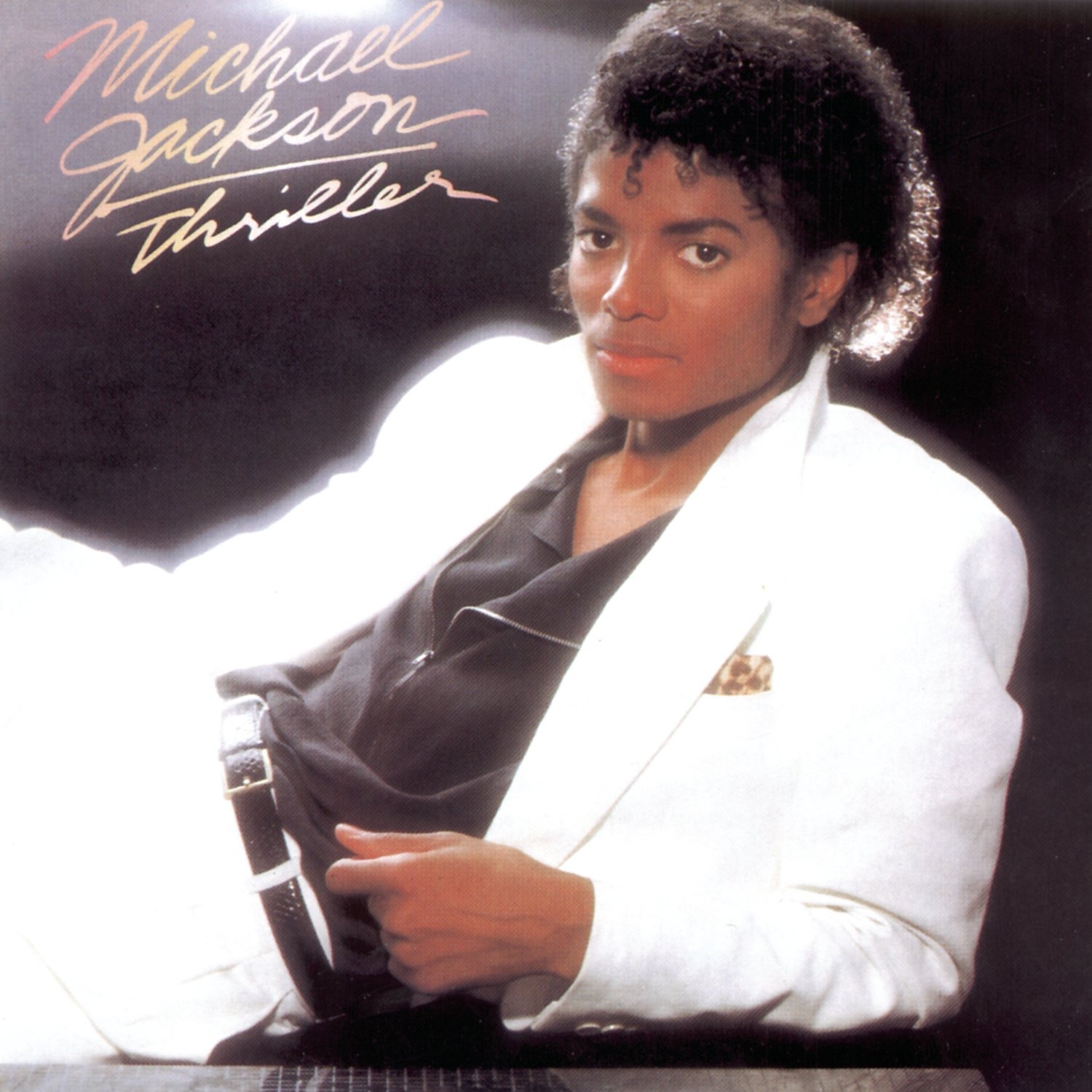 It was announced earlier this year that the world’s favorite robo duo was calling it quits after almost 30 years creating music together. We’ve gotten some futuristic-sounding dance grooves from Daft Punk over the course of their collaboration that essentially helped dance music become what it is today, so it’s sad to see them part — but at least we can keep listening. Their last album, Random Access Memories, is perfect for those that can appreciate electronic vibes on their record player. But, this baby comes with a price. It’s become increasingly more expensive online and the cheapest vinyl you can find on Amazon will cost you almost $300. I’m personally pissed off about it because I saw this record for sale at a record store in Redbank, New Jersey just a month before the split going for just $40. Oh, what could have been. 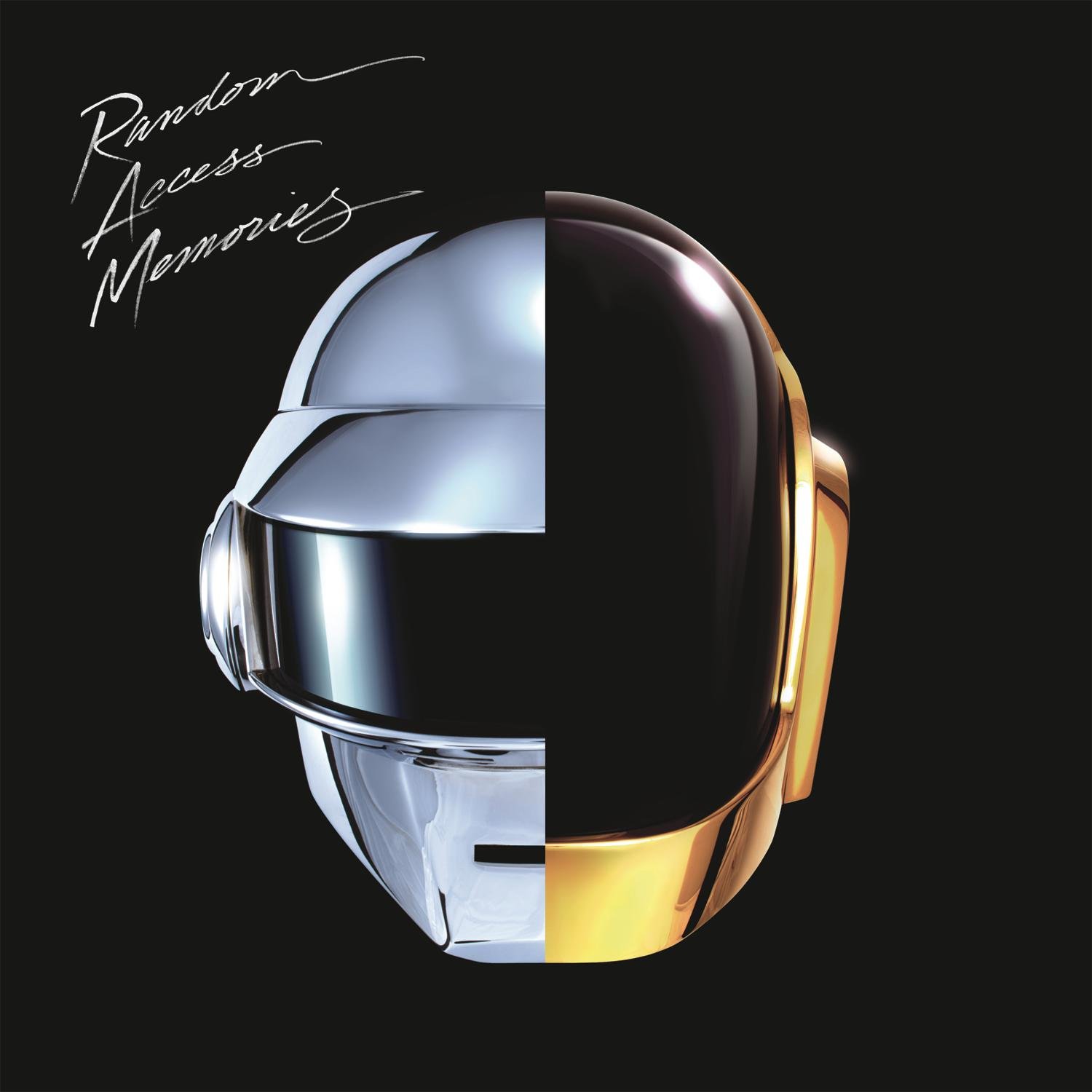 Jolene, please don’t take my man. Considering Dolly Parton is the icon she is, you simply must own something from her discography on vinyl. We’re going with Jolene because this golden 1974 record was meant for vinyl and sounds perfect upon the needle drop. Jolene captures a time in 1970s country that defined where the genre was going to go next and has both exceptionally graceful productions and vocals. 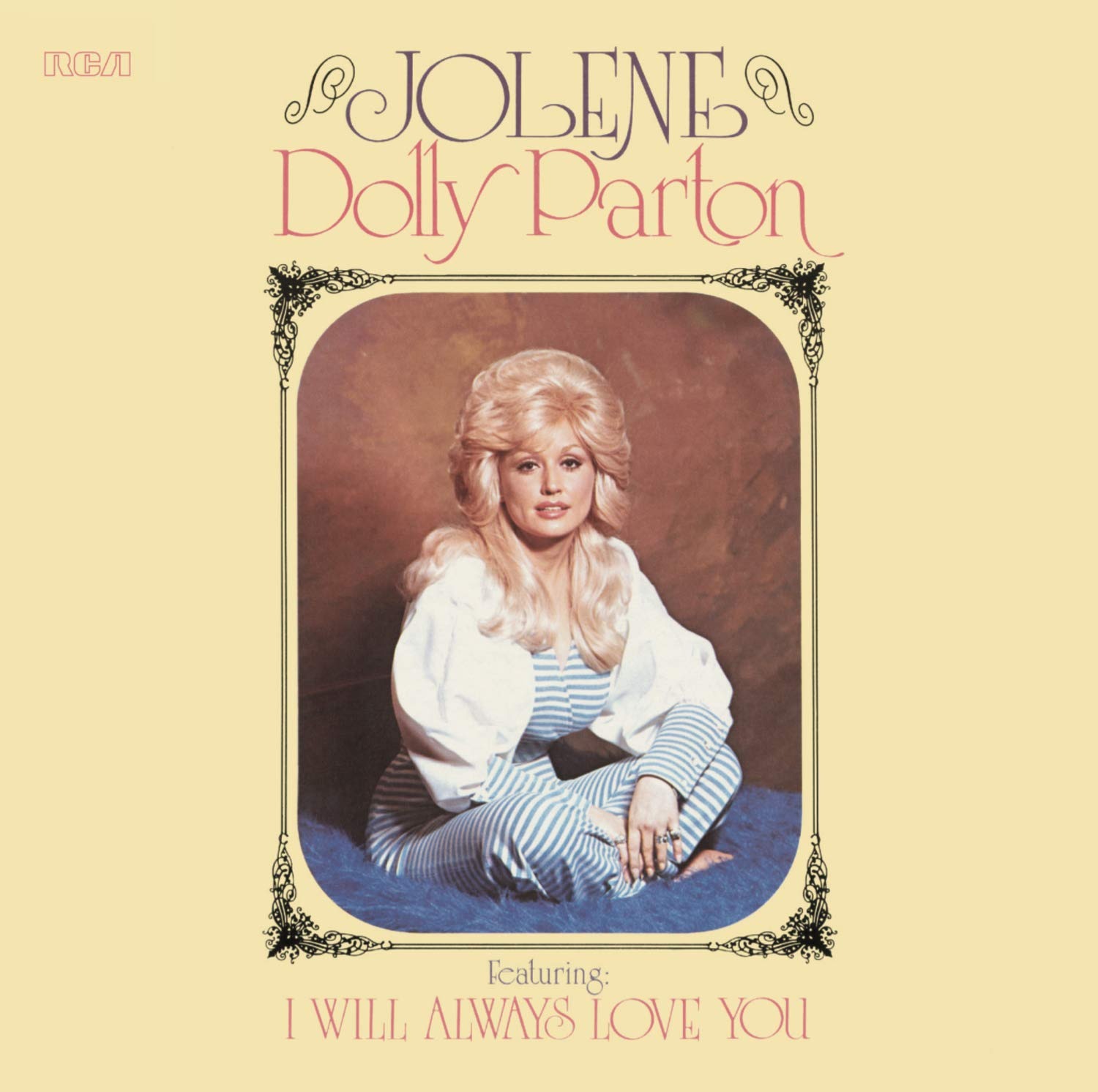 There’s only one proper way to describe Lauryn Hill’s debut solo album, and that’s “magical.” Each song is a masterpiece on its own that’s completely able to stand the test of time even years and years after its initial release. Hill is a storyteller at heart and hearing the journey that is this record through your vinyl record player will give you a newfound appreciation for her work. 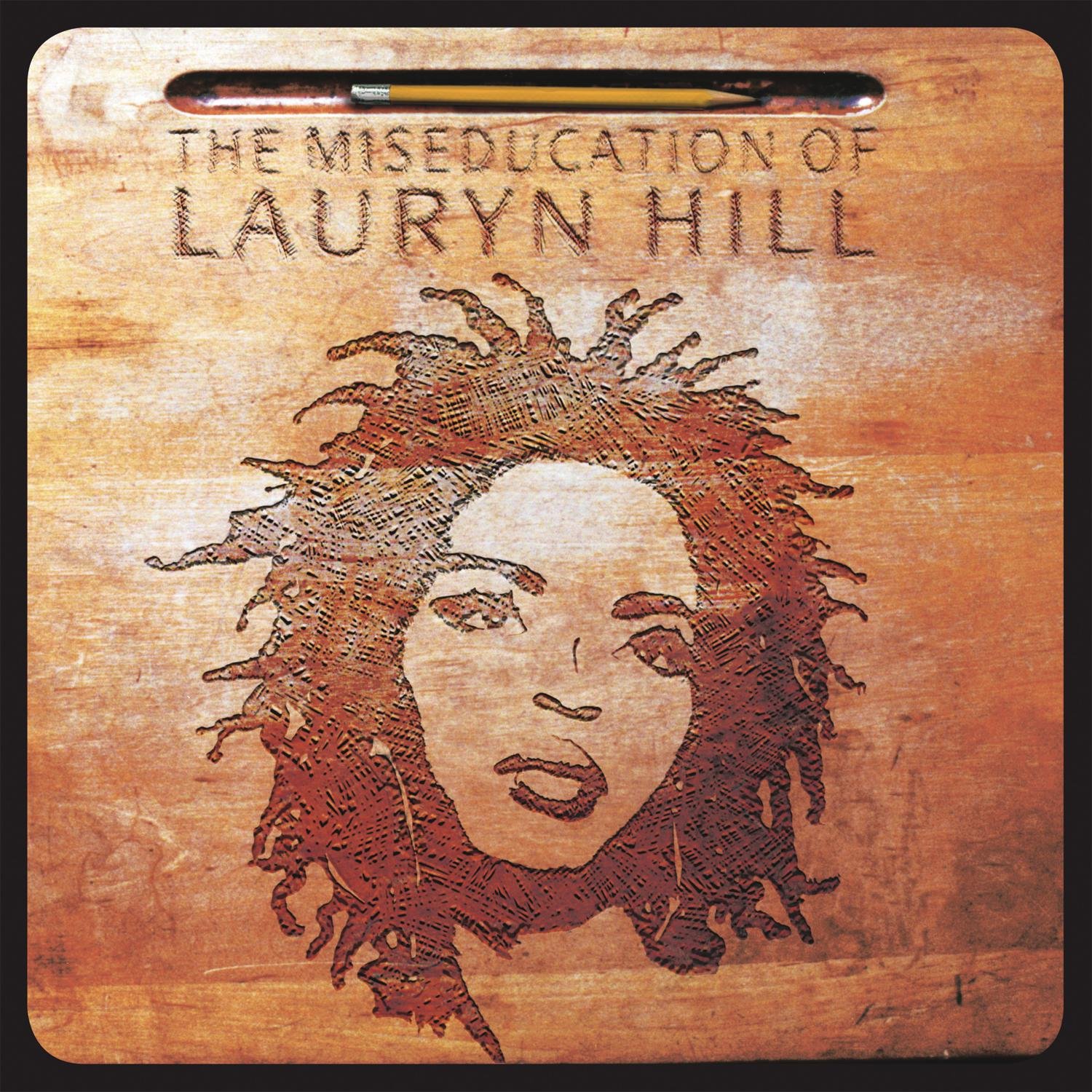 6. Abbey Road by The Beatles

BEST FROM THE BEATLES 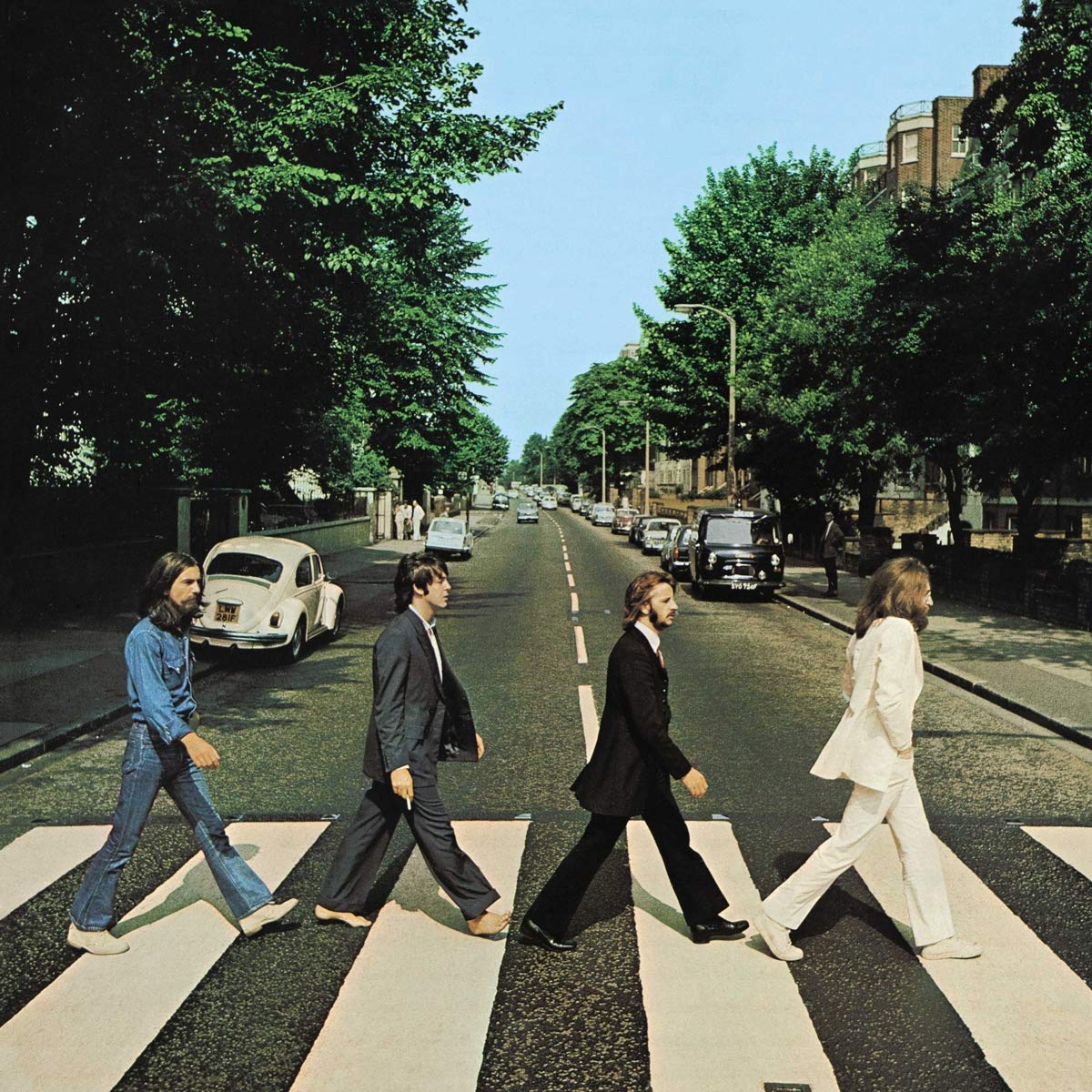 Abbey Road by The Beatles

We couldn’t continue on without throwing in the stripped-back, country/disco masterpiece known as Golden Hour by Kacey Musgraves. This otherwise unimaginable album is reimagining what the world is considering country. After winning the Grammy for Album of the Year in 2018, this made-for-vinyl album hits a multitude of stylings surpassing where modern country was at the time. It’s country, it’s dance, it’s disco, it’s folk — it’s Kacey, and it really deserves a spot in your record collection ASAP. 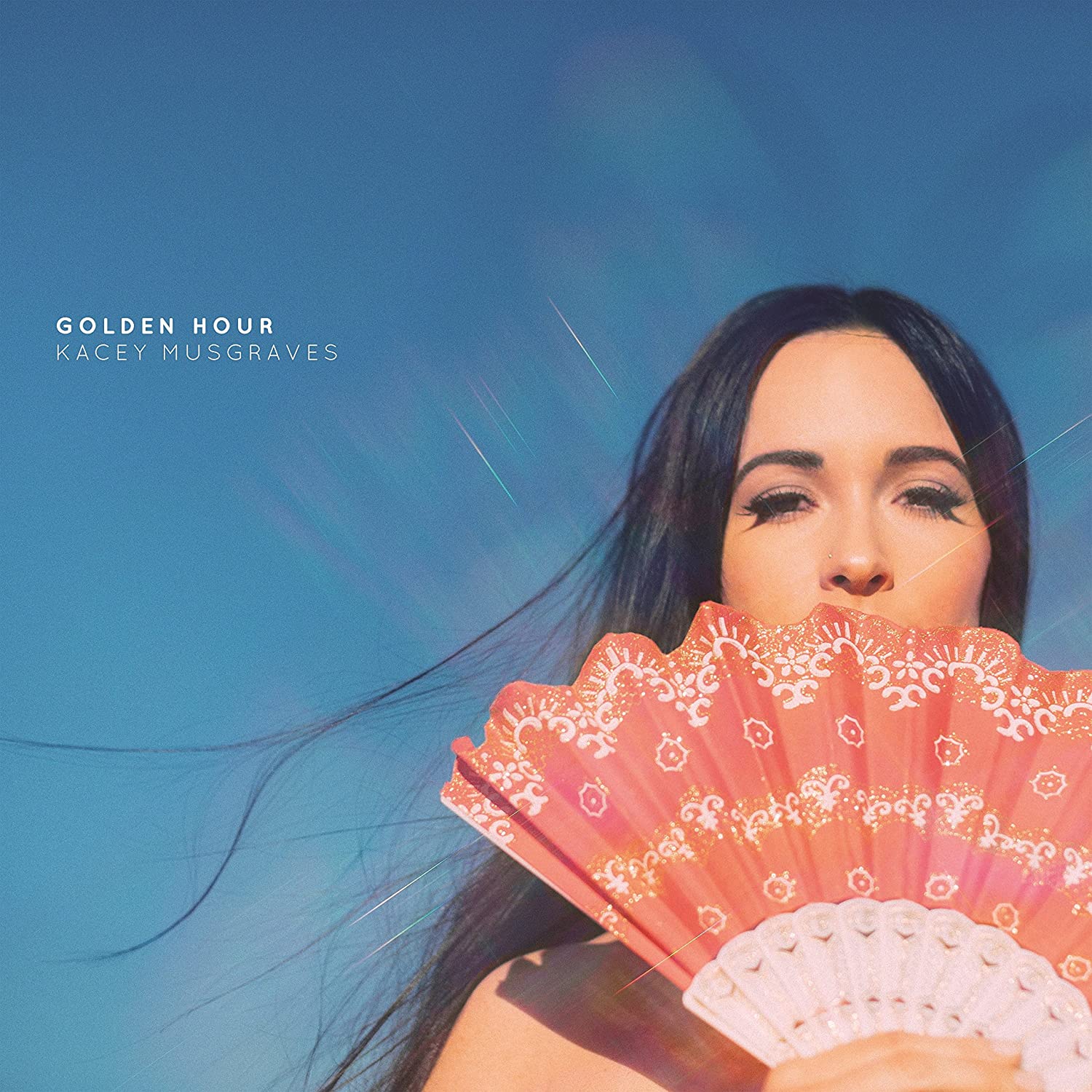 8. Dark Side Of The Moon by Pink Floyd

As likely the most iconic piece of work Pink Floyd has ever created, no record collection is complete without Dark Side Of The Moon. This heavily experimental psychedelic rock album took the world by storm upon its initial release in 1974 and holds pertinence to record collectors today as the third most popular vinyl sold in the 2010s. The album has gone on to influence a number of creators from Radiohead to The Flaming Lips, so without this, some of your favorites might have never even existed to begin with. 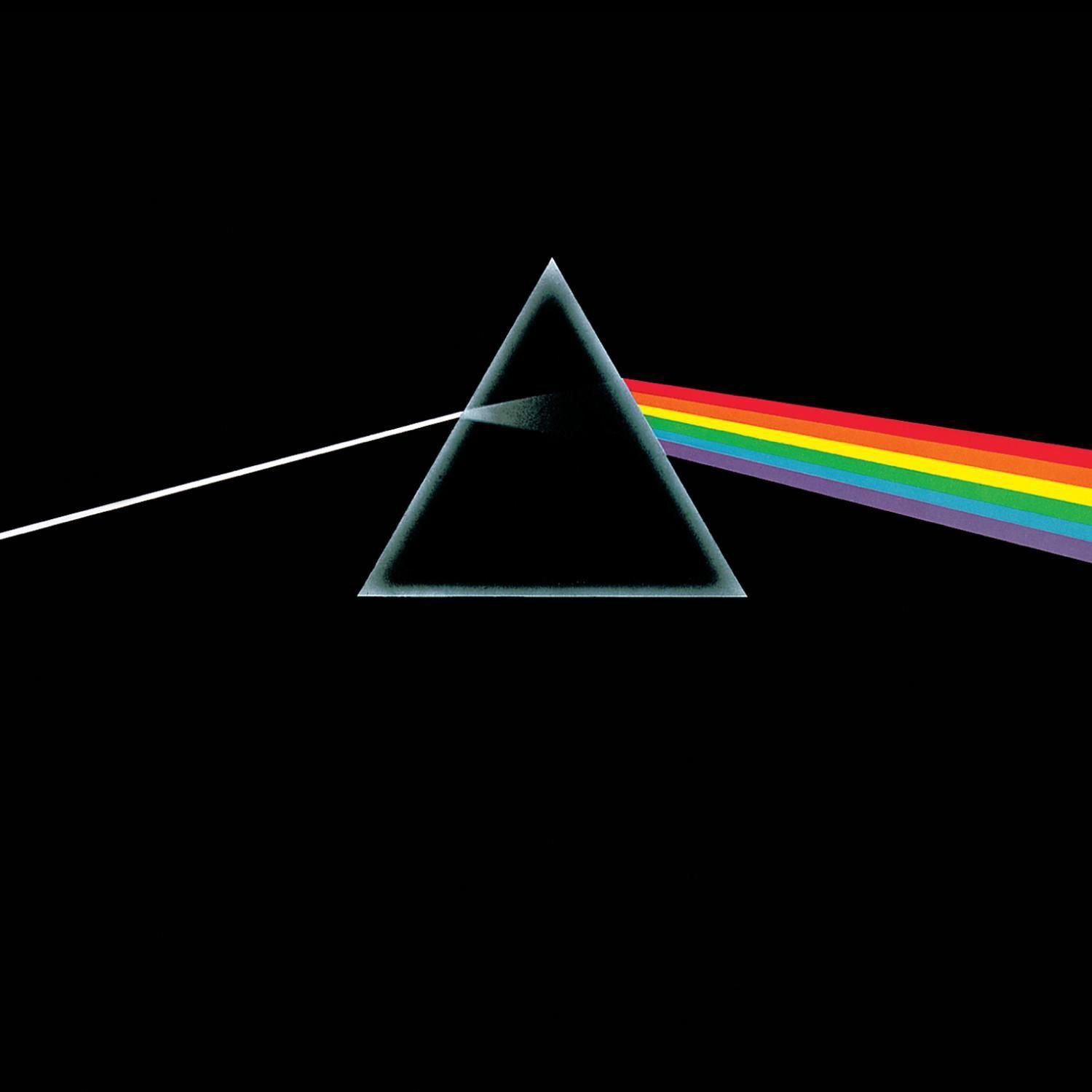 Dark Side Of The Moon by Pink Floyd

There’s really no other way to describe Punisher than “ethereal.” It has a dreamlike overtone that follows the storyline from front to back. This album has an almost purgatory-like attitude toward listeners, leaving us feeling different each time. Happy? Sad? Excited? It really depends. Bridgers really has a weird way of hitting multiple emotions across the spectrum in her music and lyricism, and Punisher makes that completely unsurprising. While Punisher is one of the newer albums on our list, it has an exceptional sound on vinyl no matter what kind of record player you’re listening to it on. 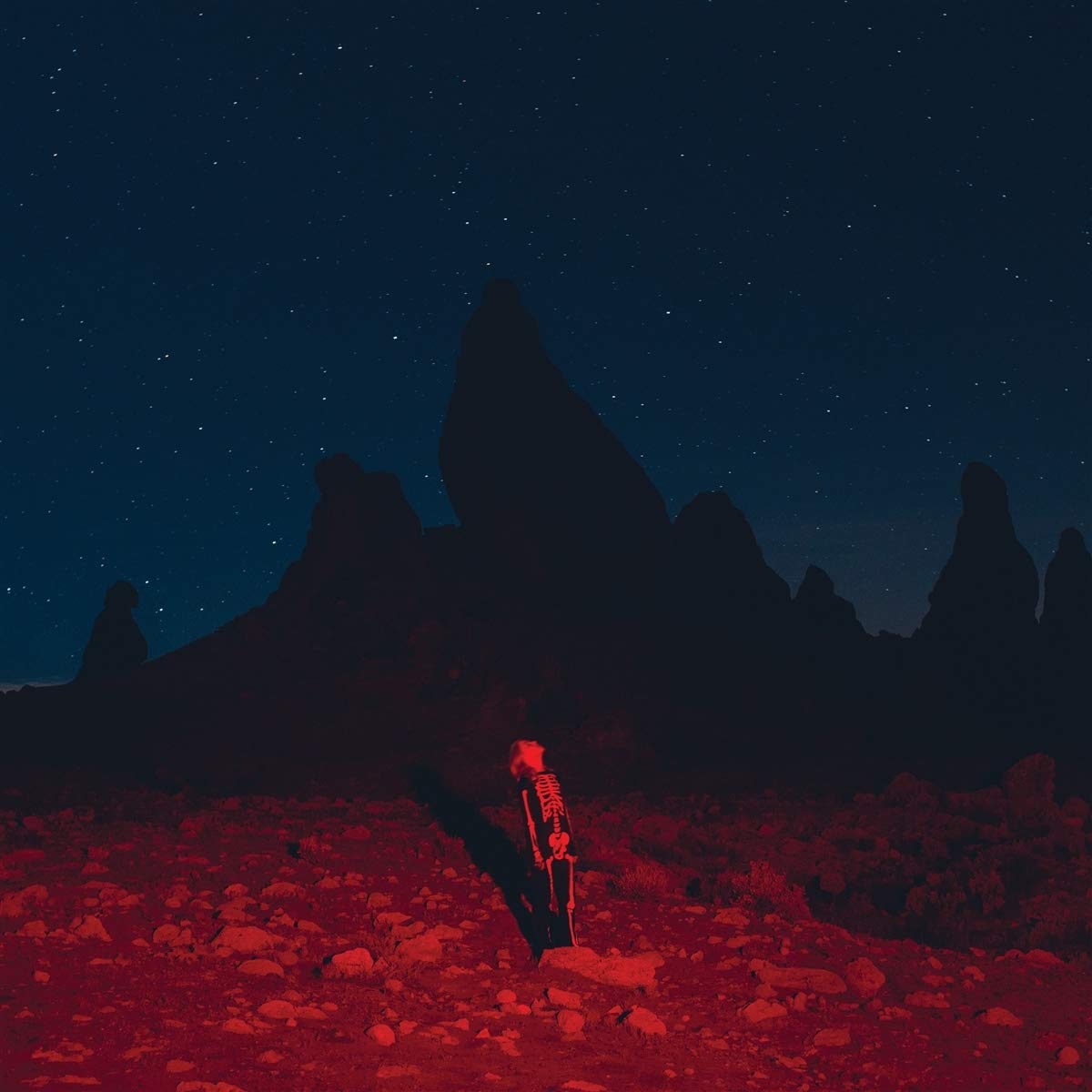 There was probably no better widely acclaimed album from 2017 than DAMN. by Kendrick Lamar. Like, this work of art received one of the most historic Pulitzer Prizes ever awarded. Period. This authentically Kendrick masterpiece strongly captures the complexity of Black America in a modern light and pushes the boundaries on what modern music is and can be. 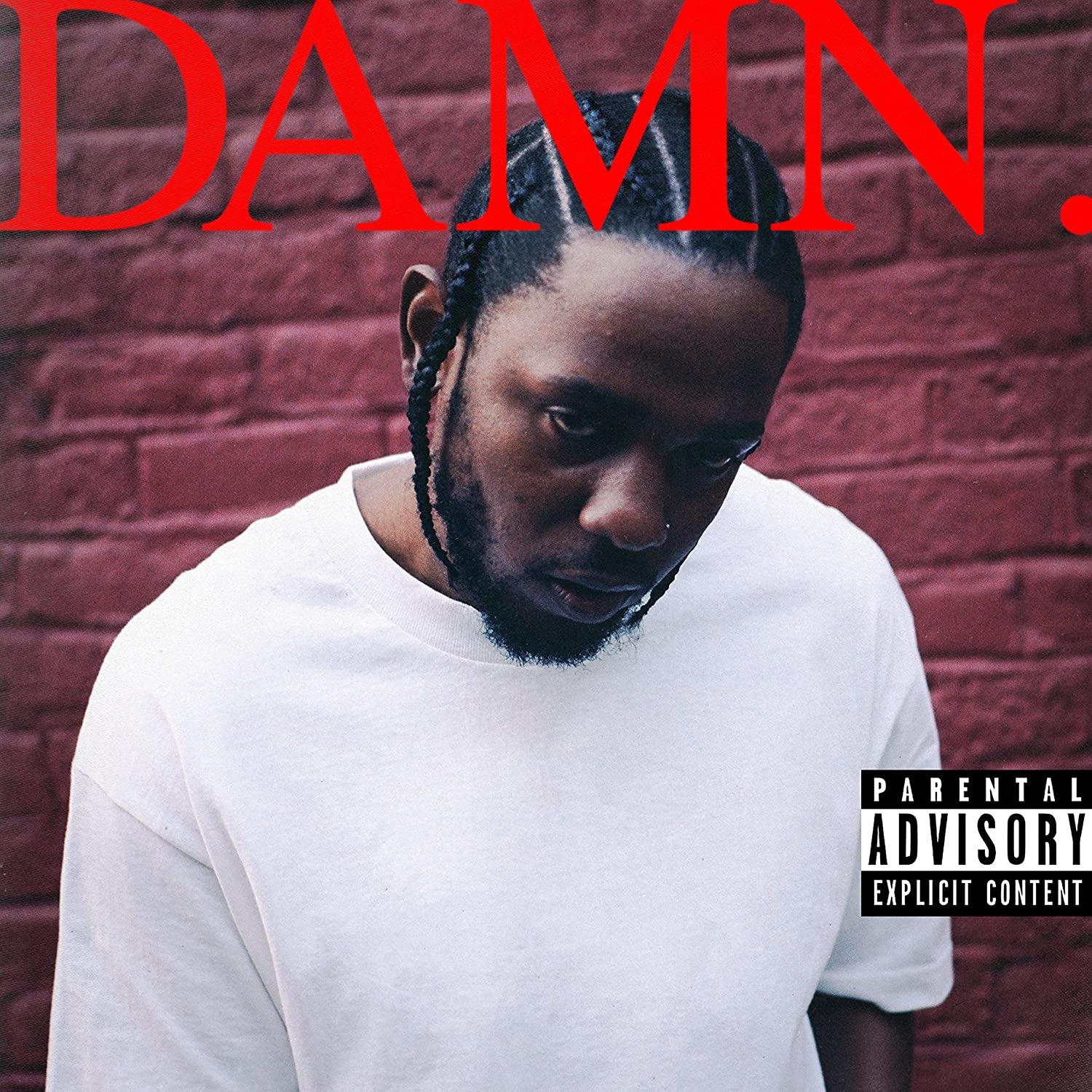 11. Back to Black by Amy Winehouse

The late and great Amy Winehouse was taken from us way too early, but thankfully, we were left with Back to Black to remember her by. As her most recognizable record, Winehouse’s Back to Black was the second most-purchased vinyl record in the 2010s, and for good reason. Her voice was way before her time and her jazzy vocals were so polished that she’s easily comparable to the women who dominated the jazz scene at its peak. No matter your age or music preference, Amy Winehouse is a must-have for everyone. 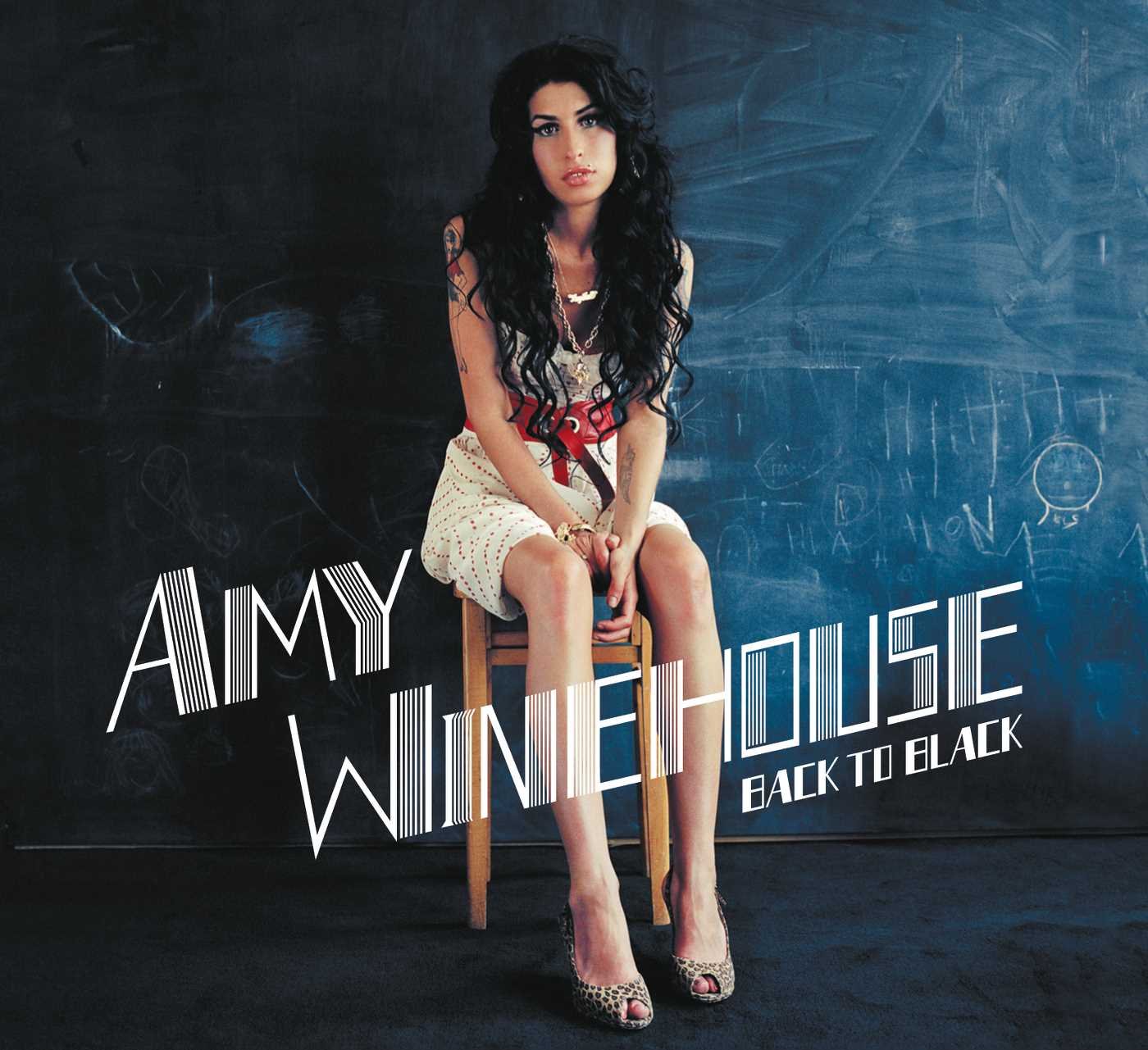 Back to Black by Amy Winehouse

THE ONE WITH STAIRWAY

Yes, we put this up here because of “Stairway to Heaven.” But, if that’s all you get from this album, you’re doing yourself (and LZ) a major disservice. From the explosive start of “Black Dog” to the quiet contemplation of “Going to California,” there is a lot to love (a whole lot to love) on this album. Led Zeppelin were always bigger than their biggest hit but it’s easy for fans in the streaming era to forget their depth. Every song on Led Zeppelin IV proves they deserve their place atop the Rock ‘n’ Roll pantheon.

Also, is it just us, or is Robert Plant absolutely obsessed with Lord of the Rings? No judgment, just saying. 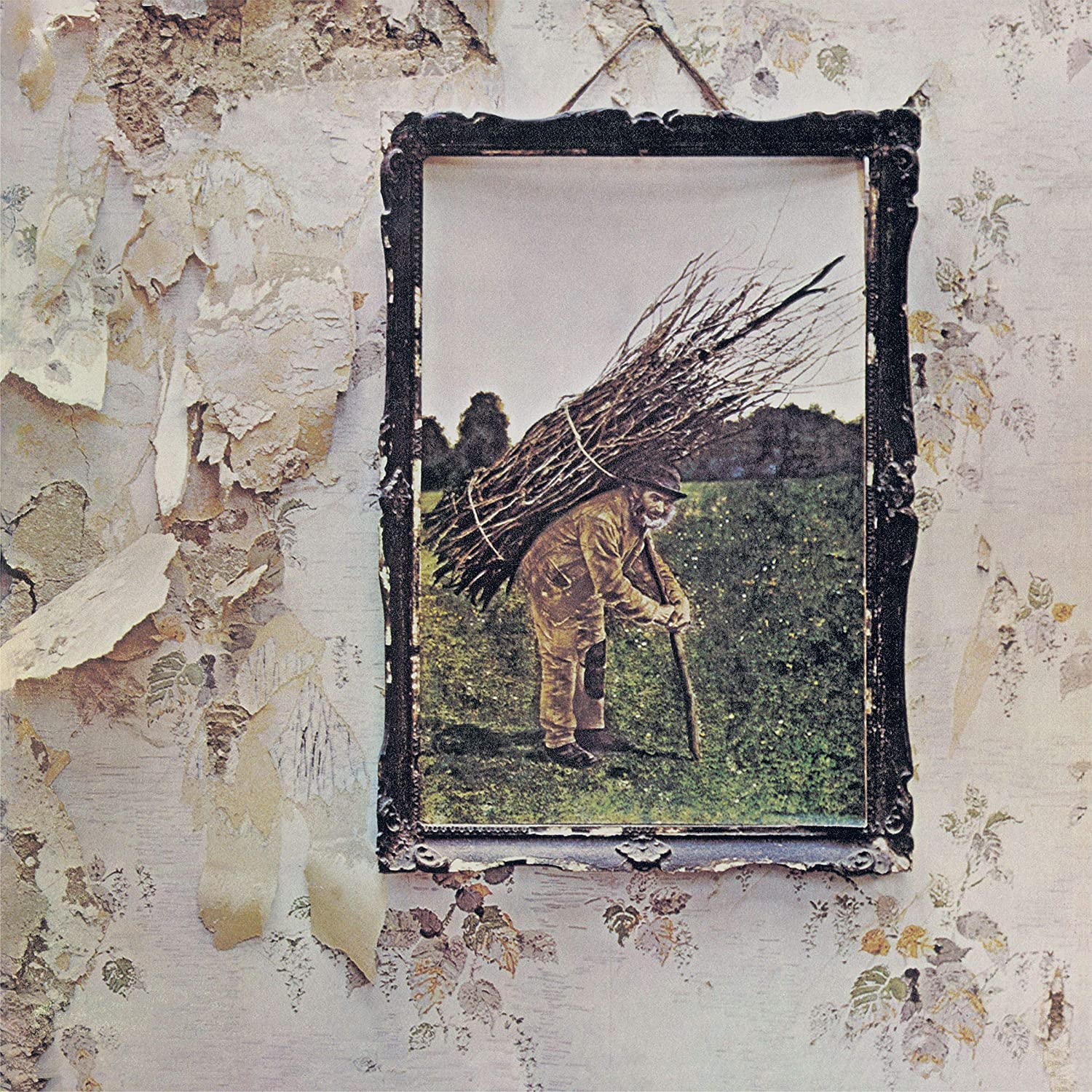 13. Kind of Blue by Miles Davis

Jazz and vinyl go hand-in-hand, and it’s safe to say that modern jazz artists (Amy Winehouse included) would be nothing without the musical stylings of Miles Davis. Kind of Blue is an intoxicating work that holds its power decades after its initial release, so much so that you can even find it for sale at Urban Outfitters. Yes, the hipsters are claiming Davis in 2021. Bring jazz straight from the late 50s into your home the only way it should be listened to — through your record player. 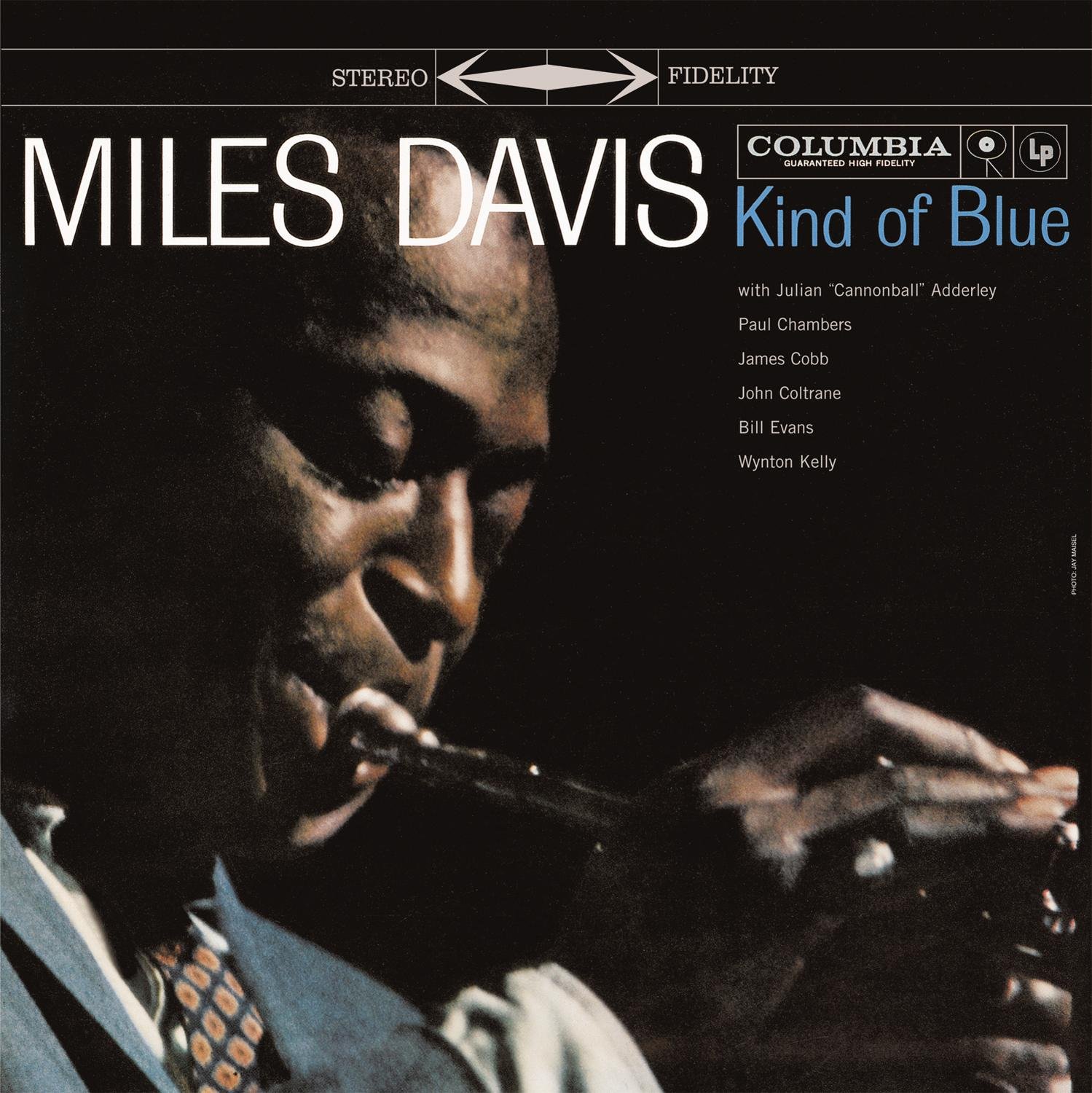 Kind of Blue by Miles Davis

Though Hotel California was the first album without founding member Bernie Leadon, it absolutely hits a place in our hearts so deeply that we have to suggest you add it to your collection. I mean, come on, “Hotel California” is one of their most singable songs to date, so it shouldn’t come as any surprise that we added this to our list. The entire album evokes a breezy, carefree summer-like feeling, regardless of the weather outside. As the needle drops, the vibe of the room will totally change for the better. Mark our words. 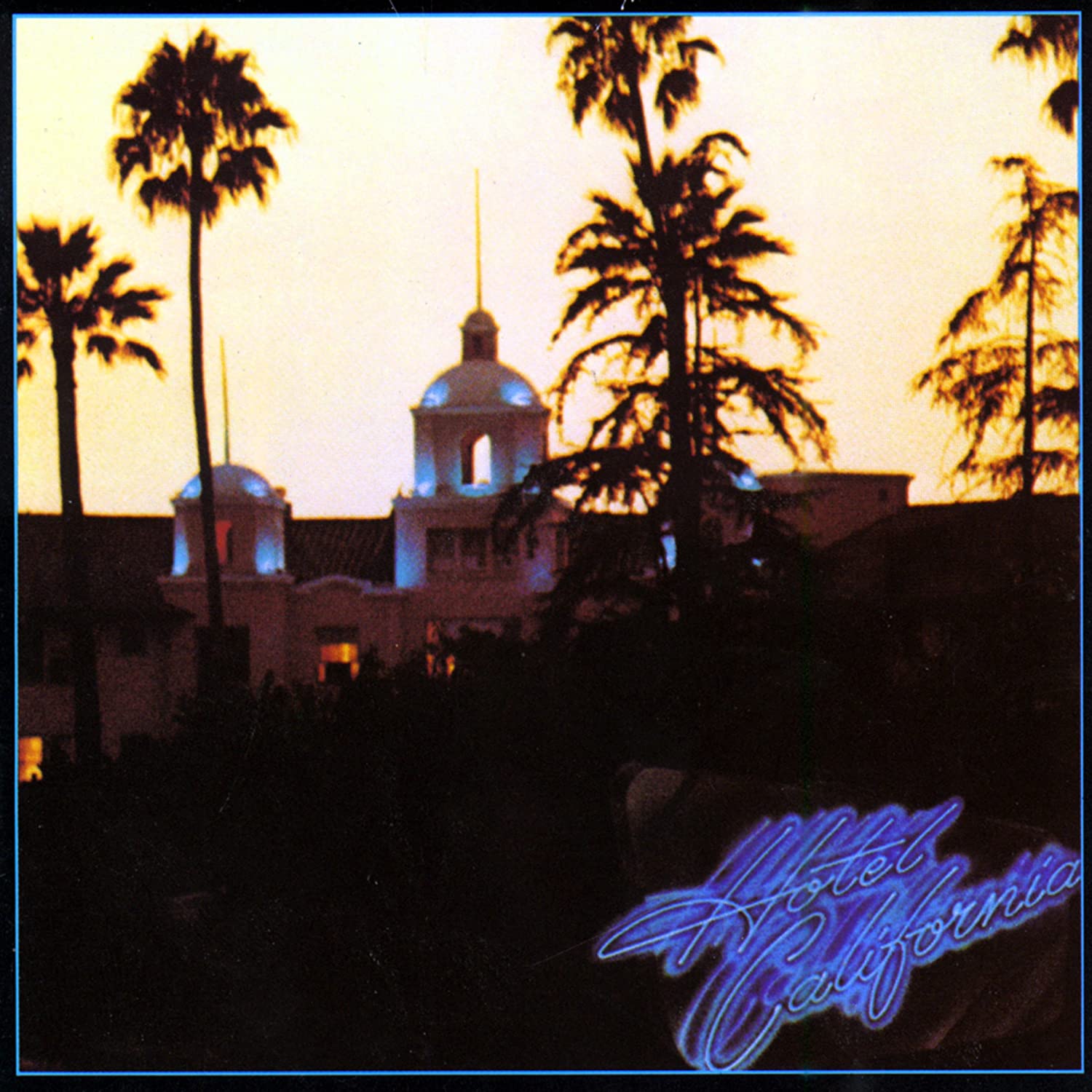 15. Chemtrails Over the Country Club by Lana Del Rey

Earlier this month, Lana Del Rey released her seventh studio album, Chemtrails Over the Country Club and it’s safe to say we have fallen in love. Though it isn’t as critically acclaimed as her last album, Norman Fucking Rockwell, we’re finding that this body of work feels whole in a way that NFR didn’t. It is a story untold, lost in faded memory that’s both lyrically masterful and perceptually on point. Is it her best album to date? We’re going to have to say that it very much might be. 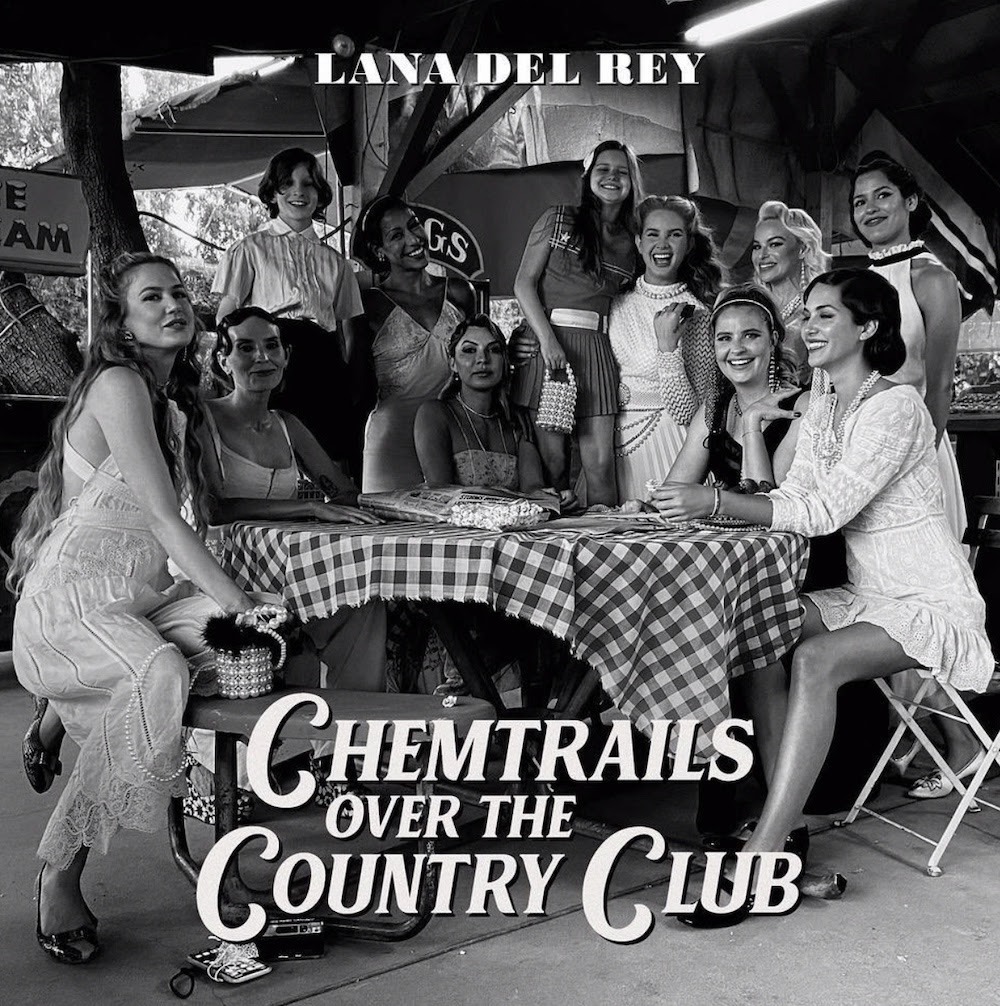 Chemtrails Over the Country Club by Lana Del Rey