Water balloon fights are a pillar of childhood summer fun— and occasionally an intensely competitive adult activity. Either way, everyone wants to win.

If it hadn’t already occurred to you, a water balloon launcher can give you a serious leg up in these battles. You’ll be able to shoot your balloons farther with more power than any arm could possibly provide. There are launchers to meet all of your launching needs, whether you want something handheld that you can use alone and on the move or a big boy that requires the whole team to operate and shoots balloons all the way into neighboring yards. Whichever you choose, everyone will want to be on your side of the battle with one of these in your arsenal.

Don’t worry, there are water balloon launchers that are safe enough for kids and teens to use yet effective enough for adults to appreciate. It may feel far away, but summer will be here before you know it, so get yours now and be prepared for the fights to begin.

This handheld water balloon launcher is great for hurling water balloons while on the move. It attaches to your wrist so that you can run, hide and dodge all while prepared to pop a full balloon into the water sling and launch at nearby opponents when the opportunity presents itself. The full kit includes the wrist launcher, 72 balloons, a filling nozzle and a balloon tying tool to easily restock your ammo in the midst of battle. 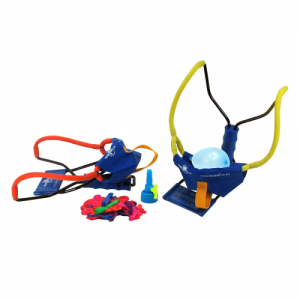 Sometimes you need more launching power than just one person can provide. This team water balloon launcher requires 3 to 5 people to operate, recommended ages 8 and up. Several teammates hold the handles of the latex tubes while one pulls back the balloon holder before releasing the largest balloons into the air with maximum force. 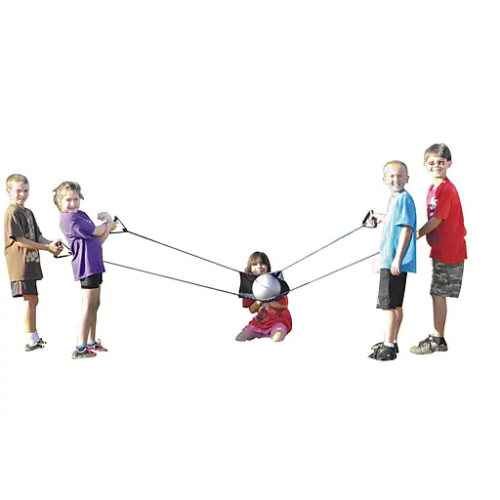 This giant, three person slingshot water balloon launcher can send your balloons flying up to 500 yards. It comes with a carrying case and 500 balloons to launch— enough to make a serious splash at your next outdoor party or water balloon fight. 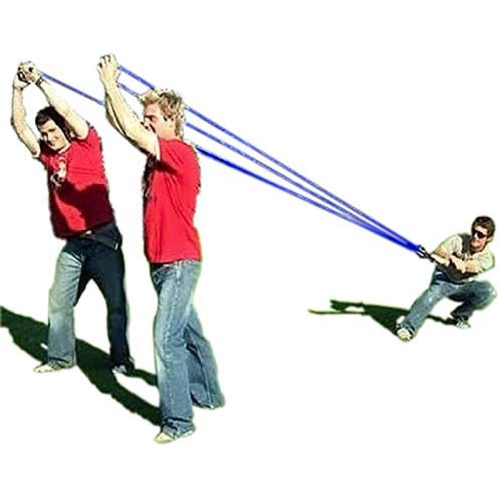 Another three person balloon slingshot, this Seabillies launcher can take your balloons soaring up to 300 yards depending on the strength of the team. It’s suitable for kids ages 5 and up, and comes with 300 balloons for them to launch in their next neighborhood water war. 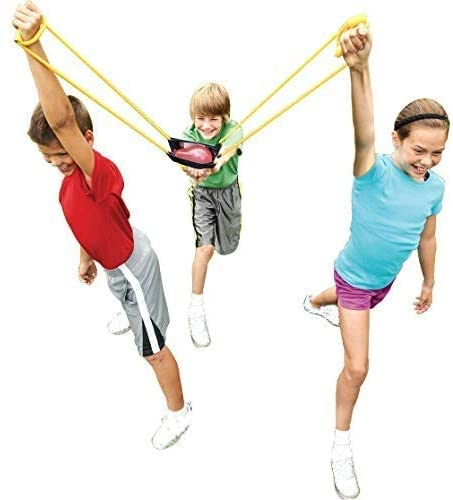 This water balloon launcher can also be operated by a three person team, or by one taller person with long enough legs to slip their feet into the handles and lay down to launch. It features heavy elastic straps have soft foam handles and a durable pouch launcher. It also comes with 50 water balloons and is suitable for children 8 years old and up. 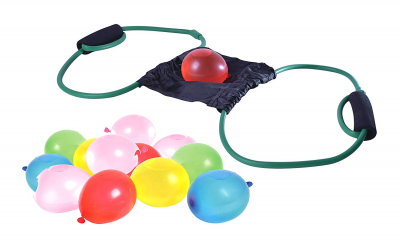 The ZURU slingshot is pretty high-tech as far as water balloon launchers go. It’s a bow-and-arrow style tool that slings balloons up to 130 feet, operated by just one person. You just load the slingshot pouch, draw, aim and fire. This set also comes with 100 rapid fill, self-sealing water balloons so you can act even faster and win every water balloon fight. 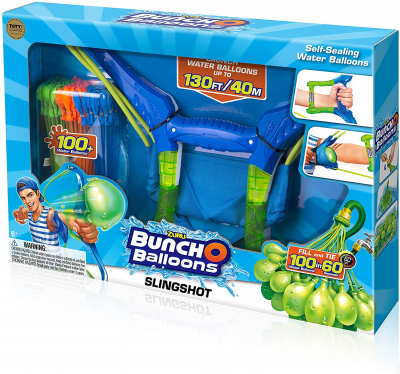 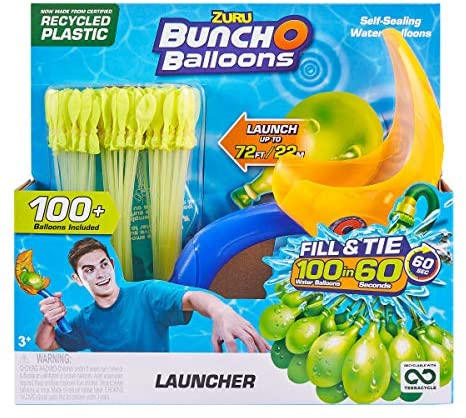 This ready-to-use kit by Slingking comes with one wrist-rocket style launcher, a filling nozzle, 100 balloons and a target to help you with your aim. Practice launching to hit the target so that you’re prepared to effectively knock out your opponents in the next water balloon fight on your block. 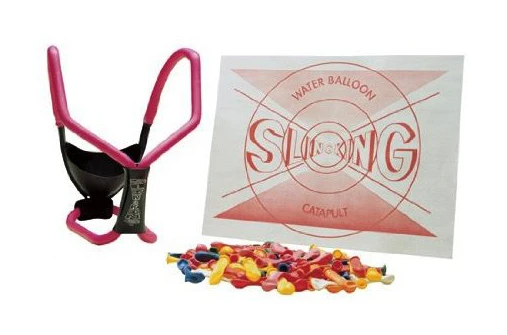 Buy Now
How To Organize the Ultimate Water Balloon Fight