Updated on August 11, 2021: The story below has been updated with additional information provided by Amazon Music about these limited-edition Billie Eilish boxes.

If you’re like me, you haven’t been able to stop streaming Billie Eilish’s highly-anticipated sophomore album Happier Than Ever for the past week and a half. And, if you’re also like me, you buy pretty much all of your everyday essentials from Amazon.

You might be thinking: but, Tyler, what is the correlation between the world’s most unexpected pop princess and the multi-billion dollar online shopping site? Well, aside from Eilish launching the first artist-led DJ Mode station featuring her music commentary on Amazon Music back in June, or the 2021 Prime Day Show that Eilish headlined recently.

Now, the retailer has taken the collaboration one step further with limited-edition Amazon boxes featuring the teenage singer’s face. And if you’ve ordered anything through Amazon Prime in the past couple of days, there’s a solid chance Billie Eilish is sitting on your doorstep right now. 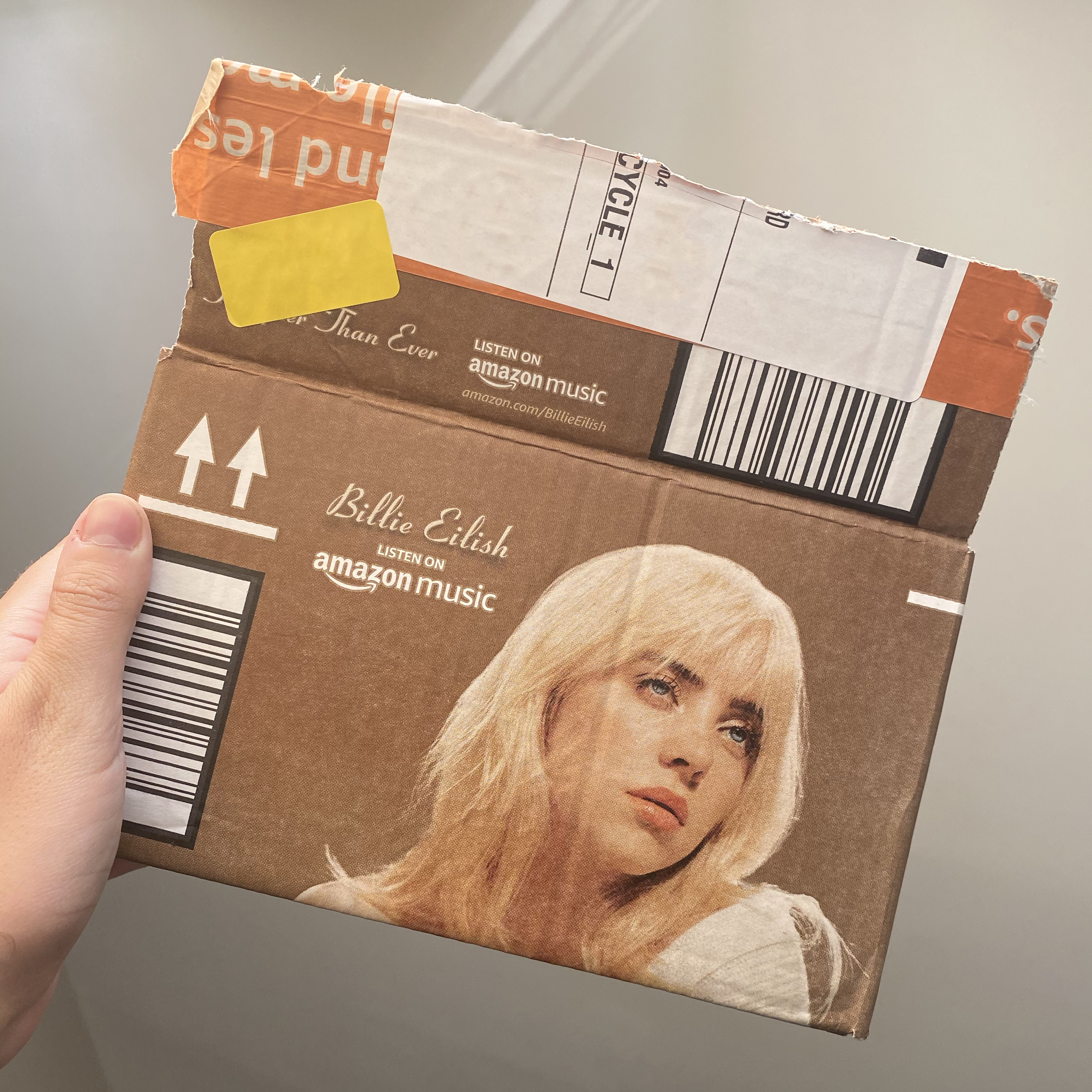 As a Billie fan that preordered the Happier Than Ever vinyl last month and expected it to be delivered today, imagine my confusion when I went down to my lobby and saw this, a box that’s too small for a vinyl record.

If you receive one of these Eilish Amazon boxes, you’ll find a QR code you can scan with your smartphone. The QR code takes you to Billie’s merch page on Amazon where you can snag some dope tees, bandanas, hoodies and even an Amazon Exclusive Happier Than Ever Box which includes a CD, a scarf, a poster and a showbook. 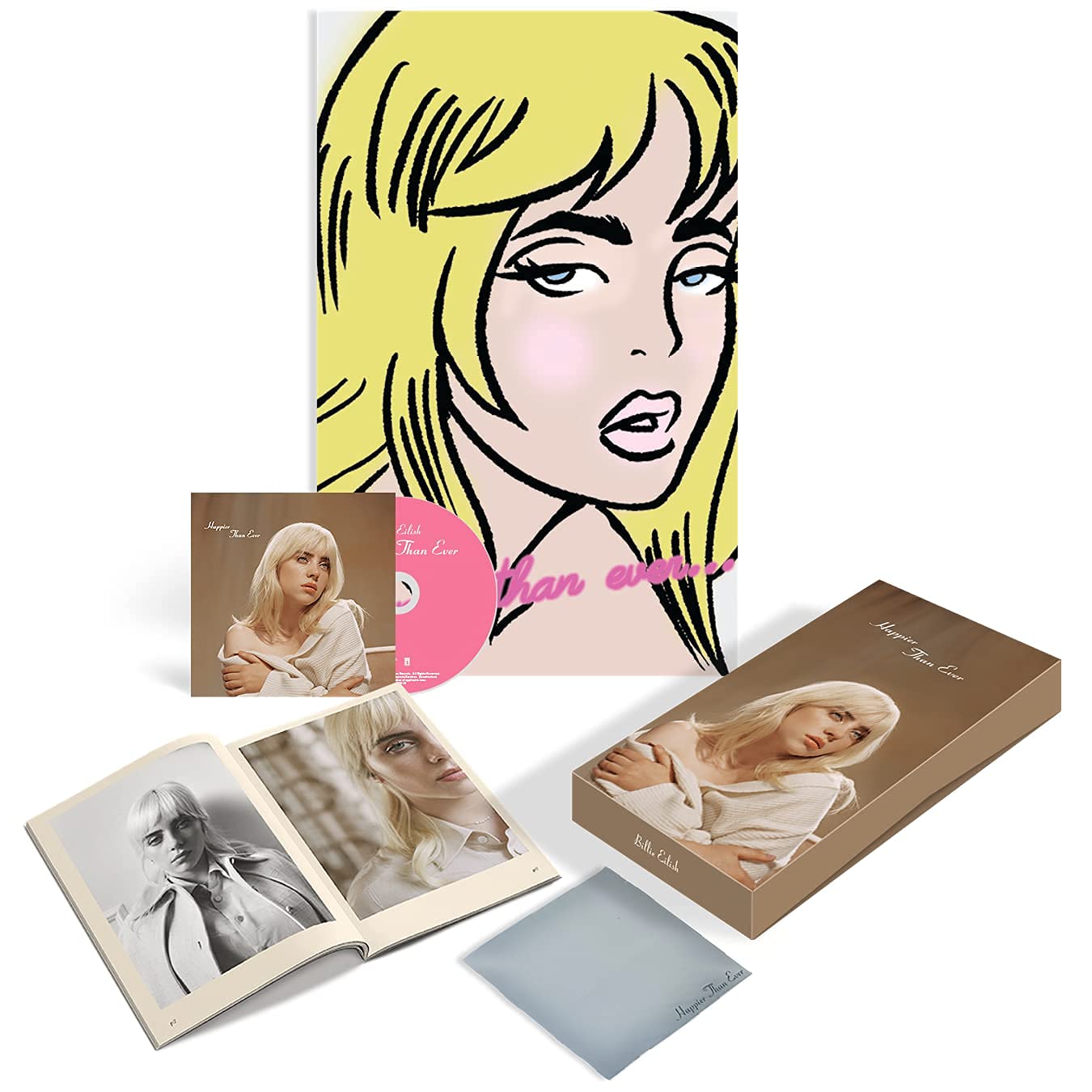 Amazon Exclusive Happier Than Ever Box

So what was in my box?

A battery. A battery that I ordered. For me. For a vintage camera I purchased on Facebook Marketplace. That’s it. 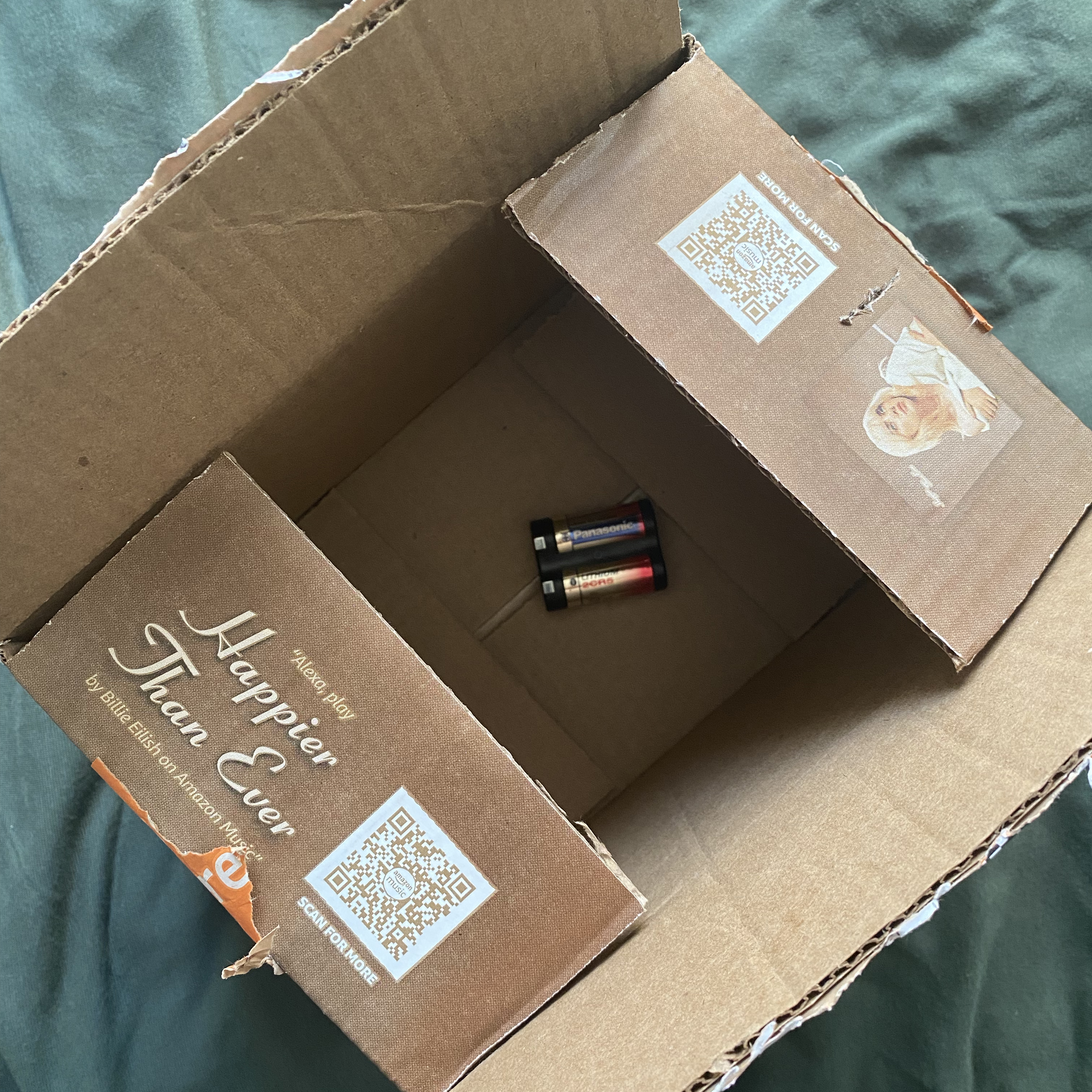 But, hey, at least I still have the really cool Billie Eilish Amazon box. And, people are already beginning to sell them on eBay. Maybe I unintentionally lucked out after all.

We contacted Amazon to find out more about these boxes, and an Amazon Music spokesperson told us that they began shipping across the United States and Canada on July 23 at random. (Turns out I am just really lucky!) The Eilish Amazon boxes range in five different sizes from small to large, so no matter what you’ve ordered, there’s potential it could come in a Billie box. Much to our surprise, this actually isn’t the first time Amazon has collaborated with an artist to promote a new album via boxes either. In 2019, Amazon teamed up with superstar Taylor Swift to help promote her seventh studio album titled Lover. So, if this is a trend Amazon is going to keep up with, it’s safe to say that I’m totally here for it.

In conclusion, I don’t know how long Amazon will be distributing these boxes for random products purchased through Amazon Prime, but I do know that it’s not going to last forever. If you consider yourself a Billie Eilish superfan, it’s time you head over to Amazon and snag yourself a little something.

Oh, and for those of you who wonder, the vinyl arrived around 15 minutes later. I have it on right now and I really am feeling Happier Than Ever.

Happier Than Ever Vinyl