* The 71st Tony Awards were held on June 11
* Dear Evan Hansen and Hello, Dolly! took home big wins of the night
* Summer is the perfect time to check out those winners + five more fan faves on Broadway

A summer in New York City could never be boring. But especially in light of the 71st Tony Awards last month rewarding the Great White Way’s latest slew of hits, here are five awesome Broadway shows to see on Broadway this summer. 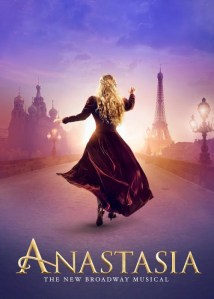 Image courtesy of the Broadhurst Theatre

Take a “Journey to the Past” with the heartwarming story of the ill-fated Russian princess in Anastasia, the story of a young woman who goes on her own journey to discover the mysteries of her past in early 20th century Russia and Paris. For fans of the beloved 1997 animated film as well as the 1956 live-action version starring Ingrid Bergman and Yul Brynner, Broadway’s Anastasia merges the two to create a new variation on this tale of home, love, and family. 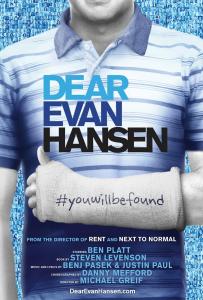 Ben Platt, known for his role as Benji in Pitch Perfect, has become the toast of the town this season for his tour-de-force and Tony-winning performance as the titular Evan Hansen in Pasek and Paul’s latest Broadway musical, Dear Evan Hansen. Winning an additional five awards, this Broadway smash explores the human connections we all yearn to make and how we wish to fit in with one another–and the lengths we’ll go to get there. 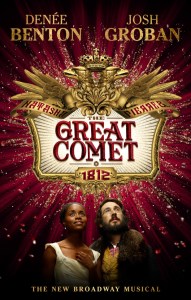 Image courtesy of the Imperial Theatre

As we learn in the “Prologue,” “Natasha is young, Anatole is hot, and Andrey isn’t here…but what about Pierre?” The recipient of the Tony Awards for Best Lighting Design and Best Scenic Design in a Musical, Natasha, Pierre, and the Great Comet of 1812 is plucked from a 70-page chunk of Leo Tolstoy’s War and Peace . The Great Comet stars Denée Benton as the young and infatuated Natasha and Josh Groban as Pierre, whose care for Russia’s latest ingénue may not only save her own reputation but also his soul in this piece bursting with exuberance. 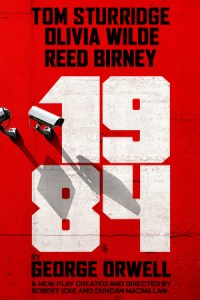 Based on George Orwell’s seminal dystopian novel, 1984 starring Tom Sturridge as Winston Smith and Olivia Wilde as his lover Julia, who alters his world, has arrived on Broadway after a successful run on the West End. This cautionary tale of Big Brother and his venomous government constantly watching their subjects has risen to prominence particularly after the 2016 presidential election along with shows like The Handmaid’s Tale. But beware, the graphic torture scenes in the second act of the play have induced violent reactions to the show’s material. If you like controversial shows, however, this play needs to be on your must-see list. 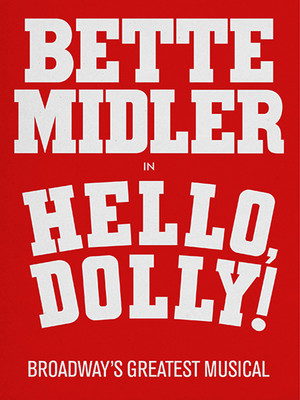 Image courtesy of the Shubert Theatre

Bette Midler is back on Broadway. Do you really want to run the risk of missing her take the stage? Winner of the Tony Award for Best Actress, Midler stars as the titular matchmaker alongside 2017 Tony Award winner for Best Featured Actor in a Musical Gavin Creel and David Hyde Pierce in the fourth Broadway revival of  Hello, Dolly! For a quick preview of her hilarious performance, catch Midler’s Tony Awards acceptance speech where no music is permitted to silence the Broadway vet.