For those of us born of a certain era, arcades evoke the warmest, fuzziest forms of nostalgia; memories of glowing screens, blipping sound effects, and quarters plinking into machines. For a kid, there were few things more fun and entertaining than classic arcade games.

Fast forward to 2021 and arcades are largely a thing of the past. Even worse, arcade-style games — games that are easy to pick up but hard to master — are also vanishing in favor of twitchy first-person shooters and RPGs which take 200 hours to complete. And while those are great, sometimes you just want something you can play in short bursts. Other times you just want a blast from the past.

Thankfully, you can still find many of the arcade classics from your childhood in some form or another. And whether you grew up playing Pac-Man or NBA Jam, we’ve rounded up some of our favorite classic arcade games that you can still buy in 2021.

The most iconic arcade game of them all, you can mention Pac-Man to virtually anyone born before the year 2000 and they will know what you’re talking about. The concept is simple: move through the maze and collect all the pellets, while avoiding the ghosts. But when you eat one of the larger power pellets, Pac-Man can then eat the ghosts and temporarily clear them from the maze. Part of the strategy is deciding when and where to eat the power pellets in order to minimize run-ins with the ghosts.

Pac-Man, along with arcade variants such as Ms. Pac-Man and Pac-Man Plus, has been released in so many different forms over the years that it’s hard to keep track, but there are a few good ways to score Pac-Man at an affordable price right now.

The original Pac-Man is included in the Nintendo Switch-exclusive Namco Arcade Museum Pac, which bundles the arcade classic with games such as Galaga, Druaga and Pac-Man Championship Edition 2 Plus. 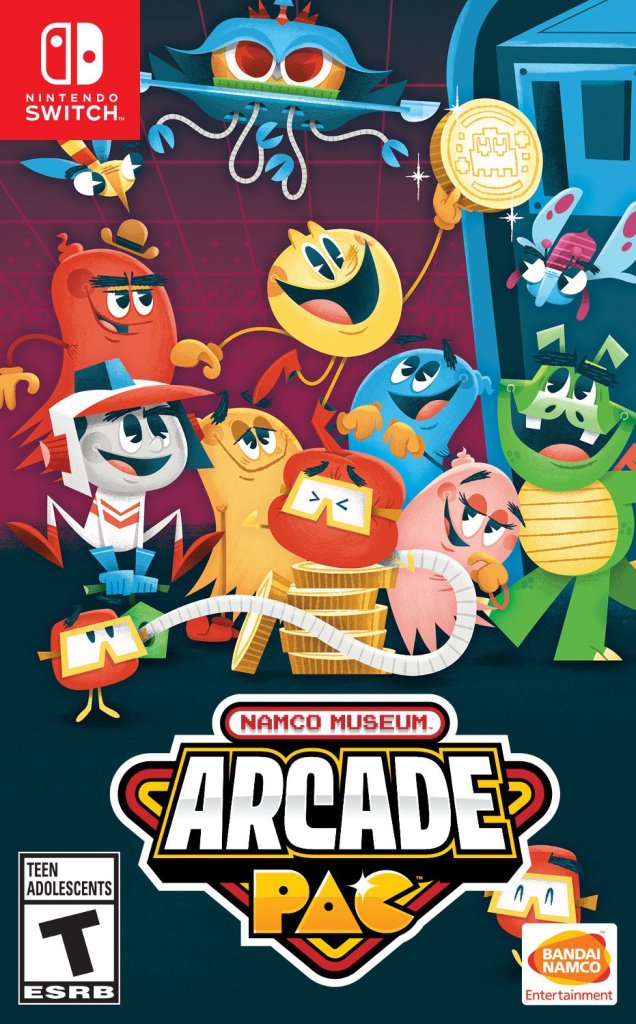 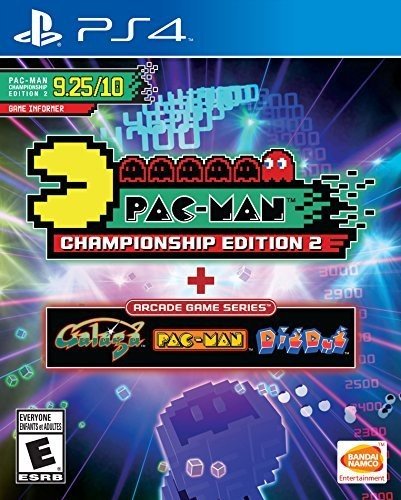 If you really want to go all-in, you can pick up a replica arcade cabinet of Ms. Pac-Man (which is the best of the original Pac-Man games) made by Arcade1Up to show off in your home. While playing on a console or PC is convenient, nothing will give you the true experience of Pac-Man quite like this cabinet will. 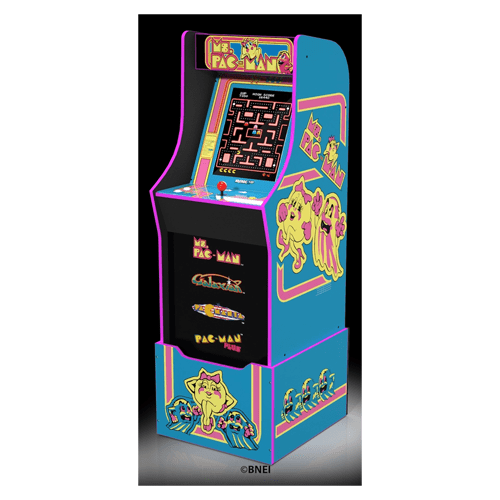 Pac-Man Championship Edition DX+ is not an exact port of the original Pac-Man, but it is hands down the best version of Pac-Man while remaining faithful to the spirit of the original. New in this version are a Tetris-like mechanic that speeds up the game as you rack up more points, a maze that infinitely regenerates, a revamped bonus scoring system, and new visuals that are as psychedelic as they are gorgeous. 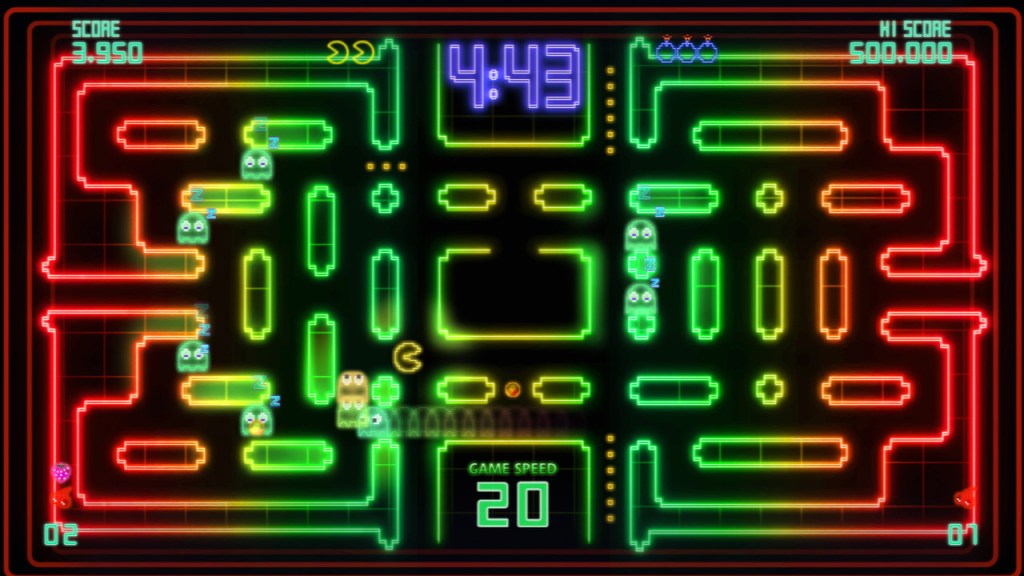 If you don’t have a console or a PC that can run any of these Pac-Man releases, and you don’t want to deal with an arcade cabinet, the Pac-Man My Arcade Pocket Player is a cheap, small and easy release that can give you a couple of hours of nostalgic pleasure (and minimal buyer’s remorse). 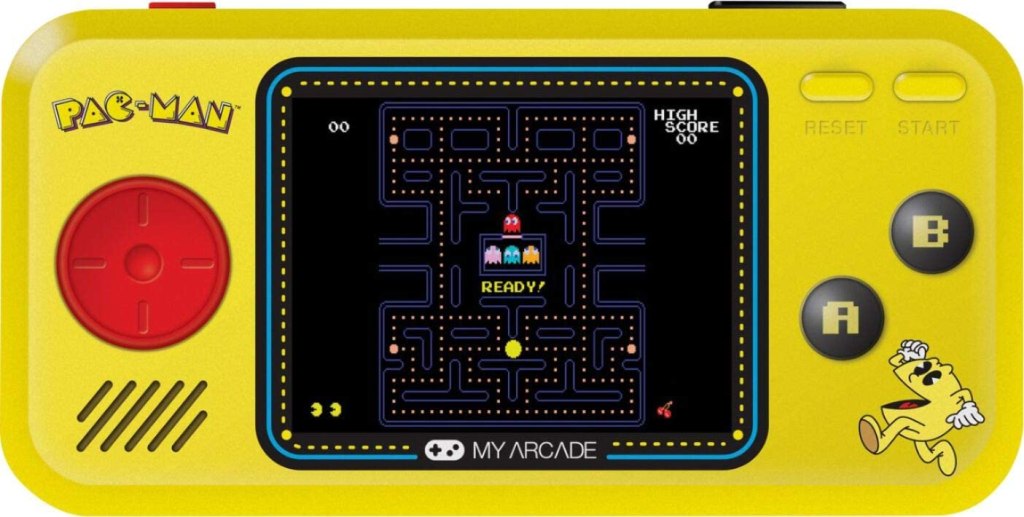 In 202, there are a countless number of fighting games available for you to play. But there are few that are on the level as the one that started it all in 1991: Street Fighter II. As the world took sides in the battle between Ken and Ryu, there are few who weren’t completely mesmerized by the furious 1v1 gameplay coming from the arcade cabinet in their local convenience store. And today, there are still some incredible ways to relive that magic. 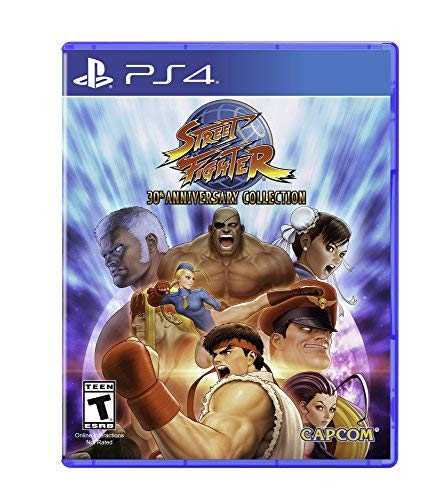 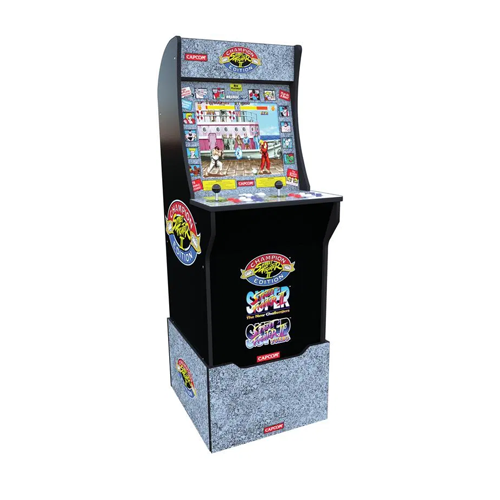 NBA Jam may be somewhat of a forgotten franchise these days, but for those of us who were kids in the mid-’90s, there was a period where it was as big as anything on this list. With fast-paced, 2-on-2 basketball gameplay that included no-holds-barred action, half-court threes, comically impossible dunks, big head mode and . . . Bill Clinton, there was nothing else quite like it when it first arrived in arcades. While it’s tough to track down console and PC versions of the original game you can buy a replica arcade cabinet to hear those sweet, sweet “HE’S ON FIRE!” and “BOOMSHAKALAKA” calls from the in-game announcer.

The best part of the Arcade1Up NBA Jam cabinet also features NBA Jam: Tournament Edition, which in addition to providing a stiffer challenge, features expanded rosters and the ability to substitute players between quarters. 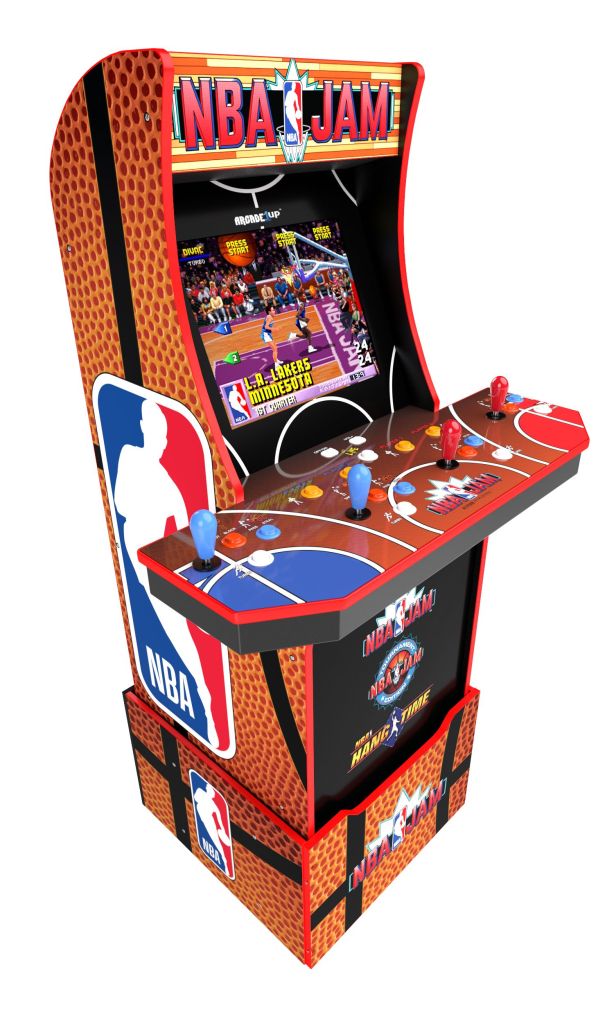 Alternatively, if you have an Xbox, you can buy the 2010 remake of the original NBA Jam. And while it might not have the same pixelated ’90s charm, it does a respectable job of preserving the essence of the original game. 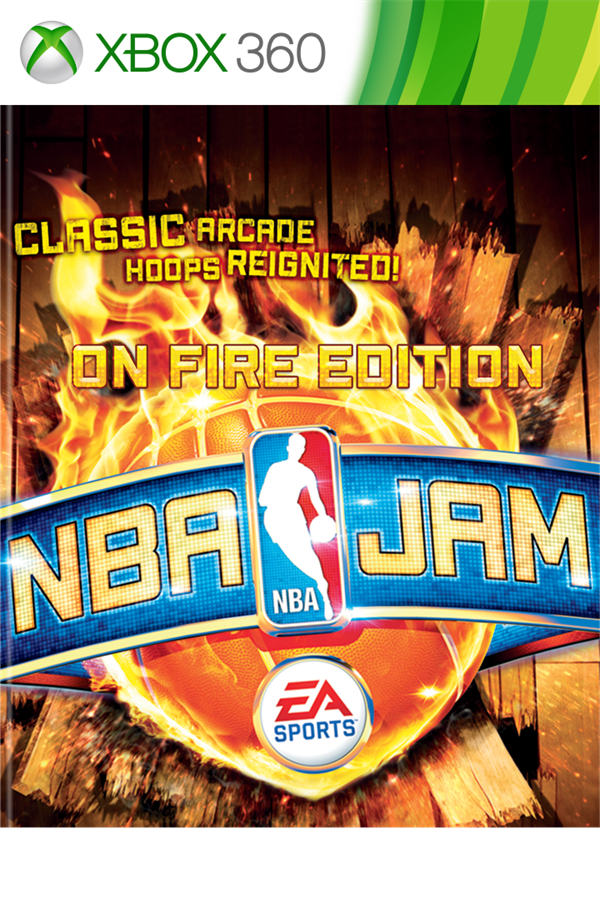 Prior to the ‘90s, racing video games were pretty rough thanks to a lack of 3D graphics. But there was one amazing exception, and that game was the Out Run. This 1986 classic would go on to inspire arcade racing classics such as Ridge Racer, San Francisco Rush, Cruis’n USA, Need for Speed and Burnout. In Out Run, you’re not tasked with winning a race, but rather making it to the end of the map before time runs out. There’s even a “mix and match” or “choose your own adventure” element at the end of each stage that lets you pick the next branch of the map you want to travel down, giving you hundreds or thousands of different gameplay progressions.

If you want to give Out Run a try, the most ideal way to experience this game is with the Arcade1Up version of Out Run. In addition to the originals, it includes the sequels Turbo Out Run and Outrunners, as well as Power Drift, an ‘80s kart racer built on the same game engine that was never released in the U.S. at the time. 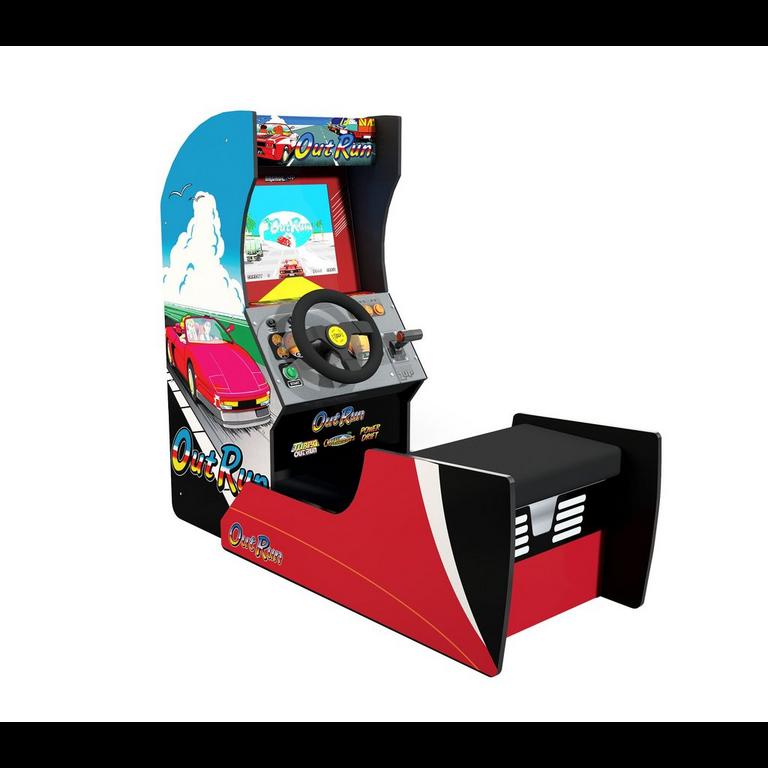 But if you own a Nintendo Switch and want a cheaper option, you can pick Out Run up for less than $10. And considering this is the type of game that has a lot of replay value, this is a pretty great deal. 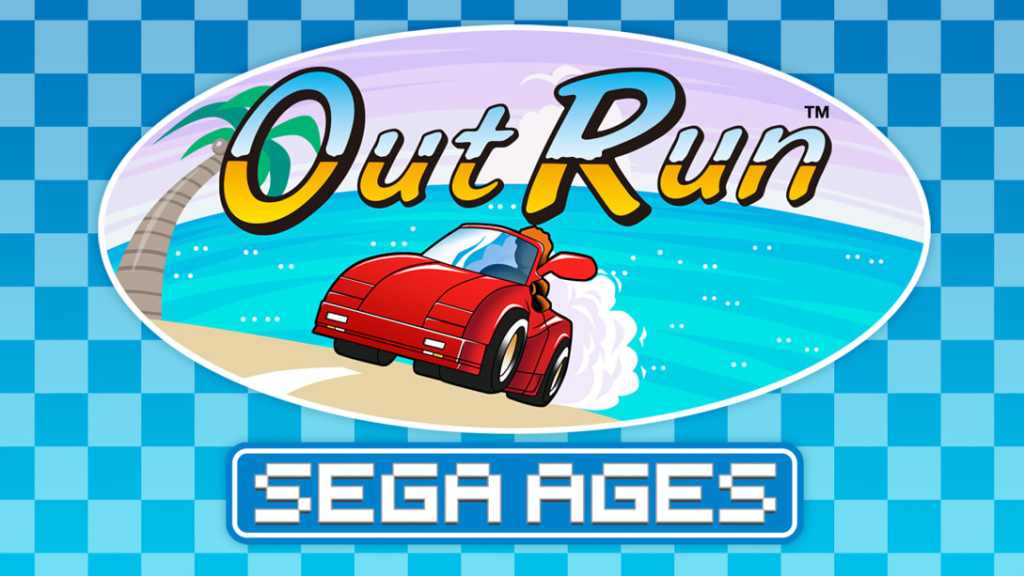 Dragon’s Lair is one of the most unique (and for some, most frustrating) arcade games around. As opposed to using pixels and sprites for graphics, the visuals are all hand-drawn scenes from the legendary animator Don Bluth. In Dragon’s Lair, you don’t so much control the on-screen action as much as you’re tasked with hitting a button at the exact time it asks you to. This means it’s more of a rhythm game than anything, but it’s one that looked amazing for its time. And for those who burned through a bag of quarters trying to figure the gameplay mechanics out, this will be a total throwback. 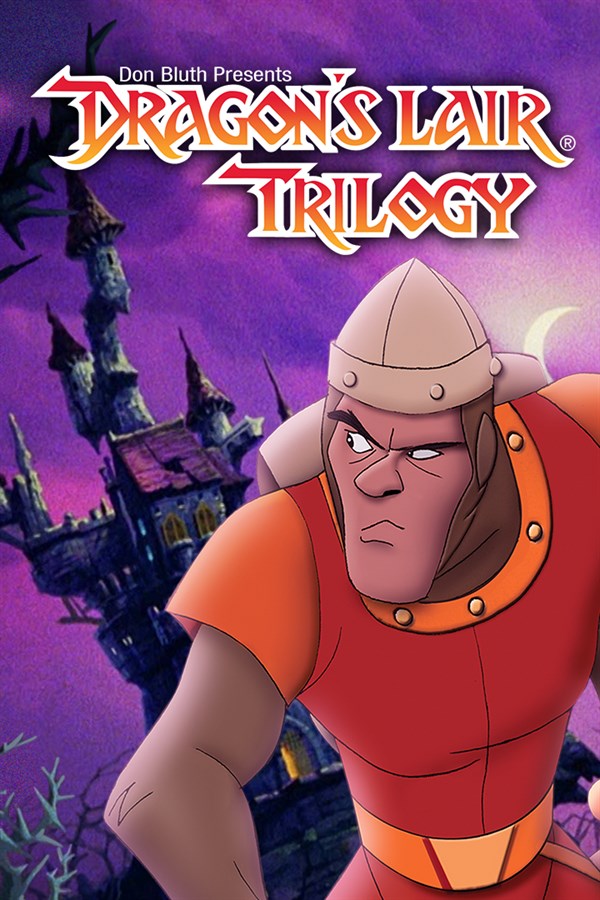 When it came to the ‘90s arcade scene in the U.S., the biggest rival to Street Fighter II was Mortal Kombat. With fast-paced combos and over-the-top fatalities that had every censor trying to ban the game, Mortal Kombat was nothing short of a phenomenon. And while it might not seem like a huge deal in 2021 to watch one fighter rip out the skull of another fighter, this was an extremely huge deal back in 1992. 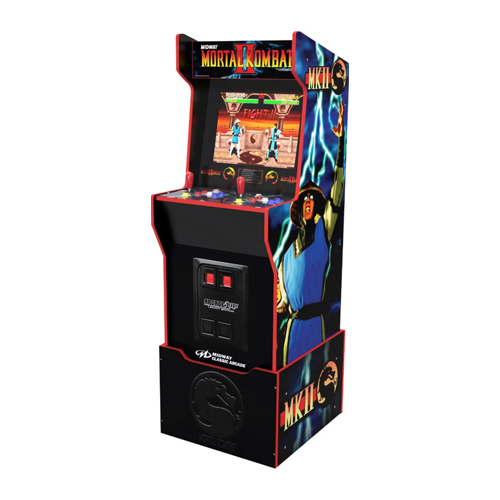 Like Pac-Man, Space Invaders is one of the earliest arcade games to capture the public’s attention. And despite the simplicity of the game — you shoot descending waves of aliens before they shoot you or successfully touch down — it has remained addictive all the same for more than 40 years. And you can still buy your own countertop arcade cabinet in 2021 thanks to Arcade1Up. 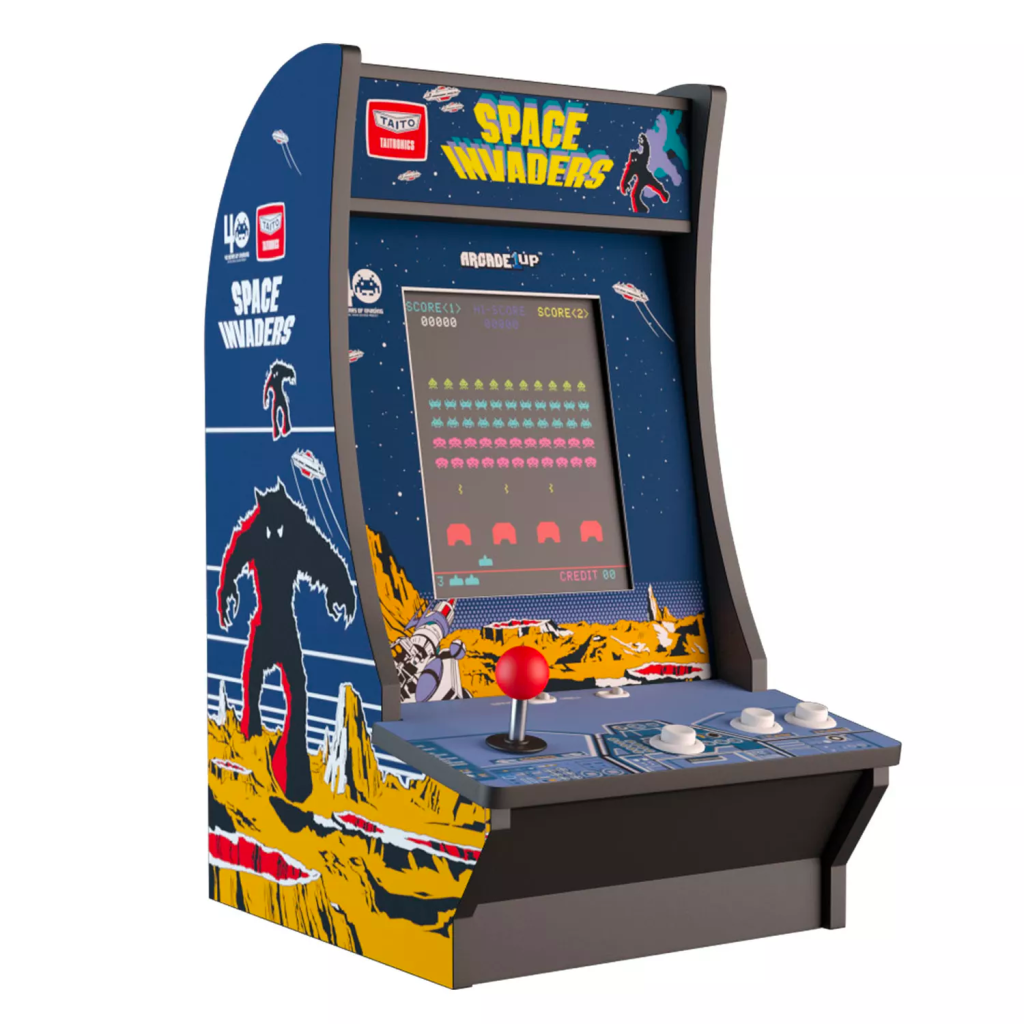