CNN announced today that CNN+, the brand new streaming service hyped as one of the most ambitious and significant developments in the cable news channel’s history, is shutting down on April 30. If you’re thinking, “Wait, didn’t CNN+ just launch?” you’re correct. The platform launched on April 1, 2022.

It didn’t even outlast Quibi.

The demise of CNN+ is slightly more complicated than a failed business model. CNN+ launched less than two weeks before a merger between its parent company WarnerMedia and Discovery. Meanwhile, shortly before Discovery announced that it was killing CNN+, Netflix announced that it expects to lose more than 2 million subscribers.

In short, it’s a very strange time in the streaming world, and we’ve got a full breakdown of the drama below.

Why Is CNN+ Shutting Down?

So why is this happening? The short answer is that CNN+ launched just two weeks before a major merger, without both sides being fully on board with the CNN+ venture.

The official explanation coming from CNN pinned the decision on the new leadership team at Warner Bros. Discovery, the new company formed by the merger of Discovery and WarnerMedia. (The companies merged in March 2022, and the merger officially went into effect in April). Warner Bros. Discovery has a different idea of what makes a successful streaming service, and it’s possible CNN content will be bundled into a larger streaming service with multiple Discovery properties in the future. CNN, Discovery, Animal Planet and the Food Network all fall under the same corporate umbrella now, just to name a few.

Discovery’s head of streaming J.B. Perrette and the incoming CNN CEO Chris Licht told staffers the news in an all-hands meeting on Thursday afternoon, resulting in shock and despair amongst employees. Hundreds of journalists and producers will probably lose their jobs.

Licht reportedly blamed his predecessors at WarnerMedia, saying that “some of this was avoidable, but prior leadership decided to just keep going.” And according to The New York Times, the Discovery leadership team was very skeptical about the tens of millions being spent on CNN+’s launch, and the $1 billion CNN was planning to invest in the years ahead.

Was this poor planning on behalf of corporate leadership ahead of a sizable merger? Or are there other reasons CNN+ failed? And, what does this episode have in common with prior failed streaming services? Keep reading to find answers to these questions. 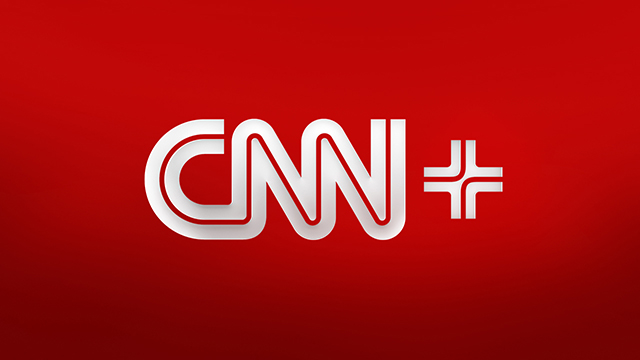 In retrospect, it’s easy to spot red flags in the cable giant’s attempt to break into the streaming world.

1. CNN+ Did Not Include CNN

For one, you couldn’t access CNN on CNN+. That’s right, the membership didn’t include access to CNN’s regular primetime cable coverage.

In the same meeting where they shut down CNN+, according to reporting done by The Times, Mr. Perrette also “invoked tweets that called the service ‘CNN Minus’ because the digital outfit did not include content from the CNN cable network ‘that is the global calling card of this new organization,’ he said. (To avoid running afoul of CNN’s agreements with cable carriers, CNN+ did not include the live programming that was featured on its cable network.)”

So this begs the question: who was this streaming service for? In an already-saturated streaming climate, were they really planning to market this service to millennials who already cringe at the number of auto-pay streaming fees on their credit card statements, and somehow still not give them access to the actual network? In that sense, the name CNN+ is extremely misleading.

CNN+ includes CNN original programs like “Anthony Bordain: Parts Unknown” as well as news programming like “The Don Lemon Show” and “Jake Tapper’s Book Club.” However, if you’re coming to CNN+ for what CNN historically offers — a news program you can keep in the background as you catch up on headlines, you couldn’t get that. You got supplementary programs instead. We would venture to say the CNN leadership team did, in fact, miss the mark on this one.

2. The Demographics Don’t Match Up

You don’t need to be a media insider to know that CNN, and cable news in general, is much more of a staple amongst older demographics. A Nielson 7-day survey done in 2017 pegged the median age of cable news viewers at 60. So they were already fighting an uphill battle in the streaming wars.

If CNN+ was their way of competing in a streaming world that predominantly markets toward a younger age group, they were at a major disadvantage. Once upon a time, streaming was a more convenient, on-demand version of cable. If you can’t access the same content on the streaming service as you can on the cable version, what’s the point? 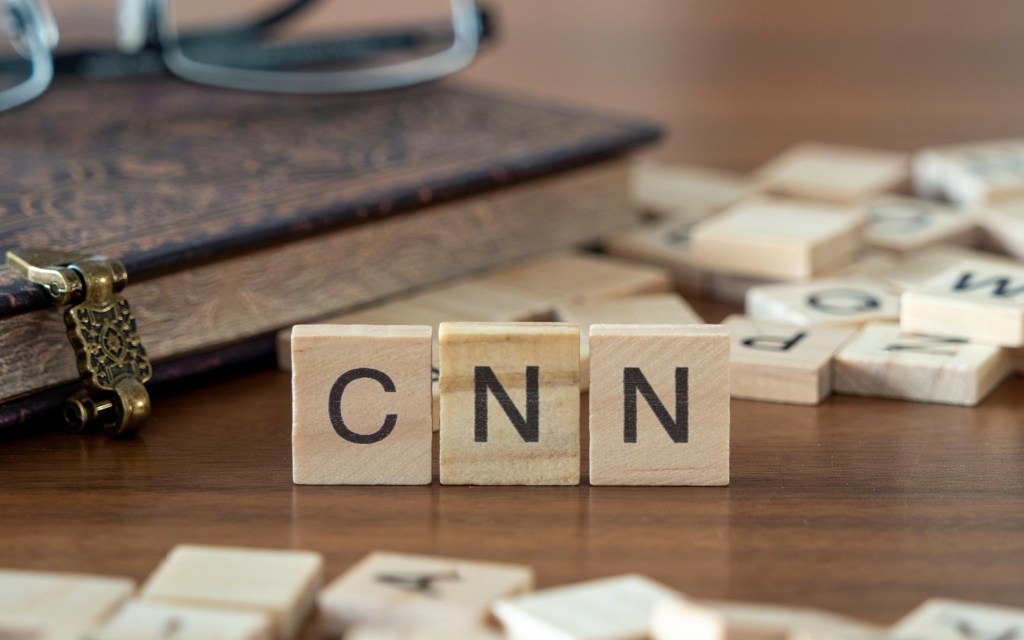 This mismatched marketing is reflected in their sign-ups. During its debut month, when subscriber uptake is supposed to be at its highest, fewer than 10,000 people were using the service at any given time. Executives at Discovery thought this was too slow of a start, apparently.

Before launching CNN+, executives at CNN reportedly hired the McKinsey consulting firm, which predicted the streaming service would bring in 2 million users in the first year, and eventually acquire more than 15 million, according to Axios. Even a casual observer could tell you that that is a laughably optimistic prediction.

4. The role of evil, evil McKinsey can NOT be overstated here. McKinsey—the same firm that suggested pharmacists get REBATES for opioid deaths—charged CNN millions to tell it what someone wanted to hear. Every $ wasted could have gone to paying journalists. pic.twitter.com/HksVXU6poB

This is a less obvious red flag if you don’t regularly report on the world of media, but CNN doesn’t exactly have loads of cash to throw at launching brand new programs the leadership team can’t get behind.

According to The New York Times, the new leadership team at Warner Bros. Discovery is inheriting about $55 billion in debt, which they have to repay somehow.

Who Could Forget Quibi?

So, what makes a streaming service fail? It’s a competitive industry, sure, and getting more so all the time as consumers continue to crave on-demand, anytime versions of their favorite content. However, there are some fatal mistakes future streamers can learn from the pay-and-play graveyard. First off, Quibi, the infamous streamer that promised to change how we all watched content. Instead, it shut its doors after just seven months.

What Happened to Quibi?

Quibi was a billion-dollar embarrassment that wanted so badly to be a revolutionary concept. It was premised on the somewhat-patronizing idea that young people can’t sit still for more than 10 minutes. Quibi went all-in on the mobile content at around the same time high-end 4K TVs were becoming more affordable and commonplace in millenial living rooms.

Sure, the idea sounded intriguing when it was introduced. A 10-minute piece of content while you’re killing time on the subway? Sure. But they failed to factor in the appreciation younger generations still have for substantive, long-form content, even if they split it up into digestible chunks. 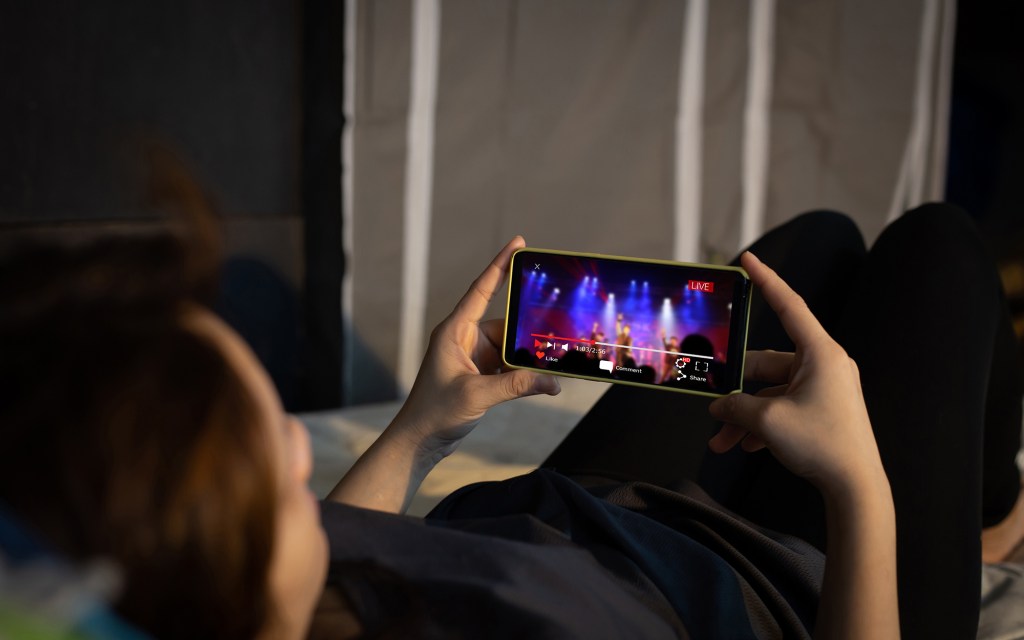 CBS All-Access, Another Streamer Gobbled Up in a Merger

CBS All-Access, the streaming service later replaced with Paramount+, was shut down as the result of the merger between CBS and Viacom. These two media giants joining substantially increased the amount of content you could put on the platform, so the streamer promptly transitioned and expanded under a new name. This one is less of a “failure” and more of a confusing misstep for consumers, but it’s also reflective of a larger symptom of an oversupplied market that’s burning out viewers.

Giant corporate mergers are also becoming more common, and there’s been a real consolidation in the media world. Monopolization of the media industry probably isn’t a good thing, but it might have the side effect of bringing some streaming services together.

The State of Streaming: Burnt Out Viewers

The executive teams at CNN+ may have also made another big miscalculation: does anyone really want another streaming service in 2022? The market is so saturated right now that even the biggest streaming apps are struggling to maintain users that are burnt out.

Netflix announced a loss in streamers in its most recent quarter for the first time in 10 years, and shares closed 35% down because of it, dropping its market cap by more than $50 billion. They also recently announced a crackdown on password sharing to incentivize customers to sign up for their own accounts.

Sure, Netflix, folks using the same password as their ex from five years ago is probably part of the loss. But Netflix probably lost some of those people because HBO Max, Disney Plus, Hulu, Amazon Prime, Apple TV, Peacock, Paramount+ and many, many others have finally caught up with, and arguably surpassed, the amount of high-quality content you have in your Netflix queue.

The competition is stiff for streamers, and you would expect media executives would understand that better than anyone.

The news isn’t all bad for streaming services, however. 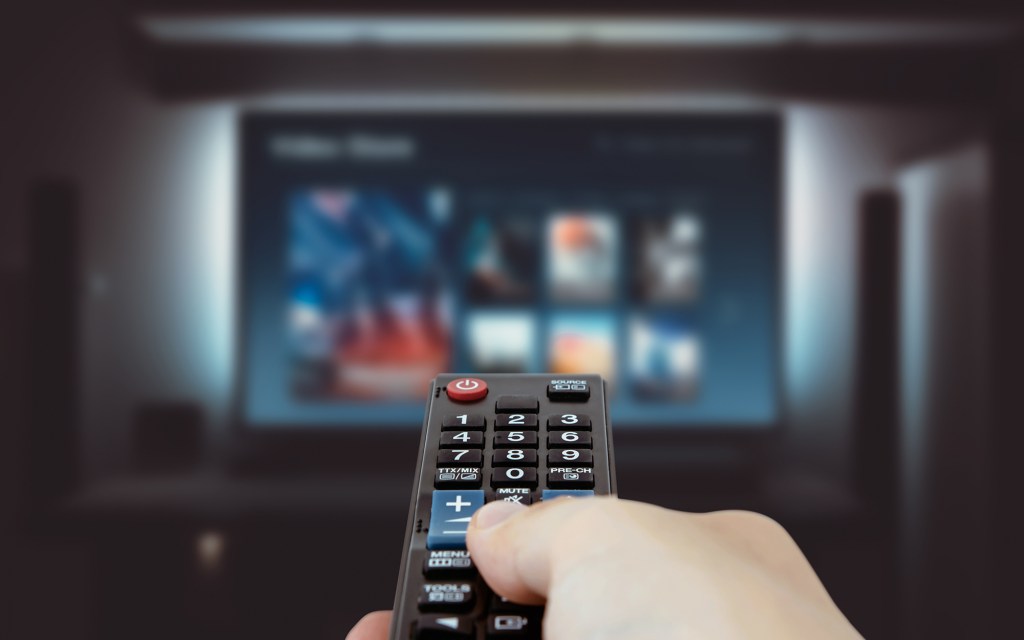 HBO Max grew to 77 million total subscribers in its most recent quarter. Apple TV increased its viewer count by 25% after being the first streaming service to win an Oscar in 2022 with CODA.

Any new streaming service that attempts to venture into the market better be prepared to prove why viewers should cough up another $7.99 per month for their content.

We’re looking forward to seeing how many more will try.

What to Watch in April: The Best New Streaming Releases on HBO Max, Paramount+, Disney+ and Netflix