If you didn’t grow up on Godzilla movies, we truly pity you. Not only did you miss out on some classic films, but you can’t even appreciate the recent reboot films or look forward to the latest film, Godzilla vs. Kong.

Well, whether you’re a longtime superfan, a new convert to the historic franchise or looking to intrigue young kids in your life, we think you’ll still appreciate some Godzilla toys and merch. Maybe it’s just us or maybe toys and action figures have actually become better over the years, but there are a ton of high-quality Godzilla toys out there, many made for play, with movable joints, and others meant for the display case.

But beyond action figures is the wide world of merch. There are Godzilla backpacks, blankets, posters, face masks, clothes and so much more, so you can flex your Godzilla love however you like.

We’ve rounded up just a few of the many options out there for your enjoyment below. We’ve got at least one of the above kinds of merch and even more options you might not have considered.

Though it’s practically impossible to choose one best Godzilla toy or piece of merch, we love this TwCare Godzilla Toy Action Figure. This Godzilla is inspired by the look from the 2019 film, Godzilla: King of the Monsters, and it has a stupid amount of detail for being so cheap. It’ll be fun to play with and look great in any case. 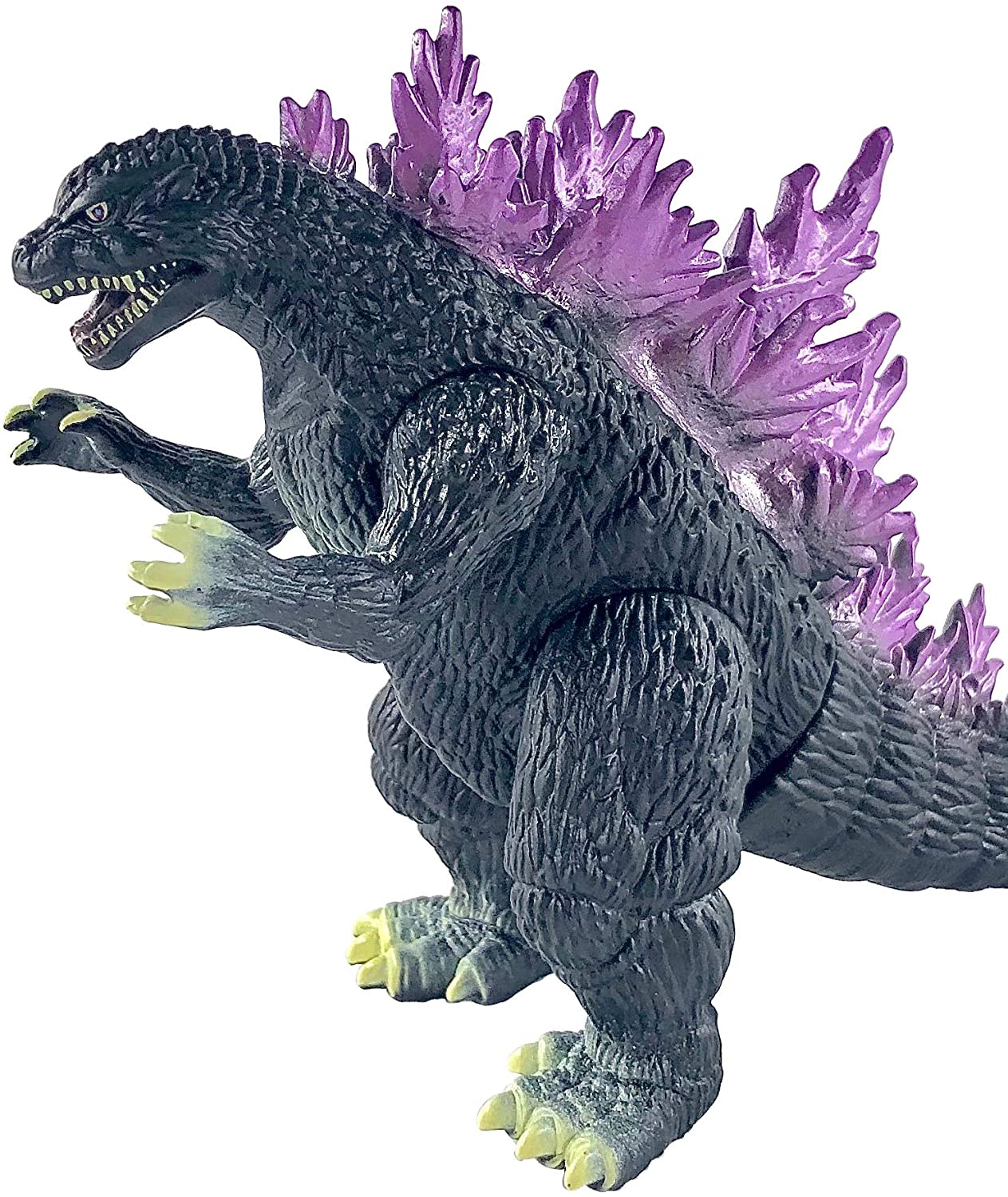 Premium action figures and toys are a legit market nowadays and this premium Tamashii Nations Godzilla toy is worth every penny. Inspired by the look from the Japanese 2001 film, Godzilla, Mothra and King Ghidorah: Giant Monsters All-Out Attack, this action figure has great details and colors and is sure to stand out on any Godzilla-themed shelf. 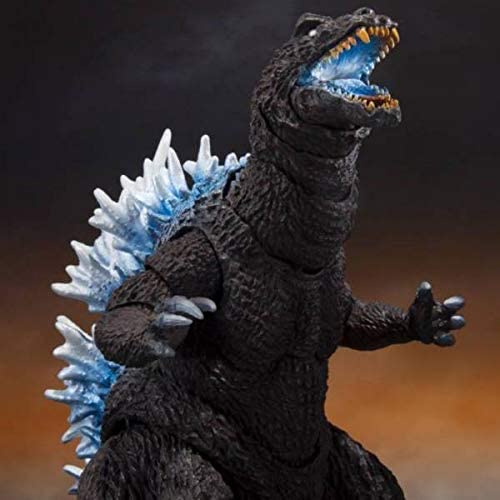 KING OF THE MONSTERS KING GHIDORAH

Not all Godzilla toys need to be of Godzilla himself. This Banpresto King Ghidorah toy is just awesome and a great rendering of Godzilla’s archnemesis. Inspired by the 2019 film’s Ghidorah design, it’s on the pricier side of toys, but the colors and details are really well done. 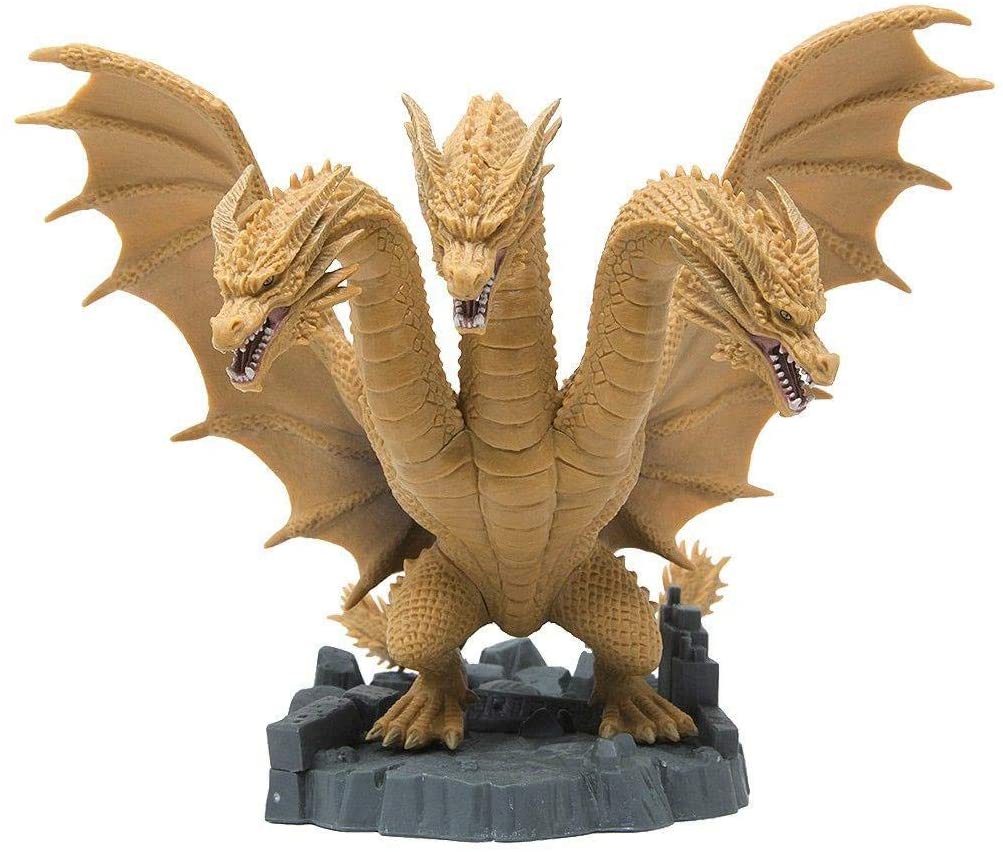 It seems there’s a Funko Pop! figure for everything these days and Godzilla is no different. These two Godzilla and King Kong toys are adorable and make for a fun addition to a case or as gifts for younger kids getting excited for the new Godzilla vs. Kong. Unfortunately, this cool Kong releases in late April, but you can pick up the Godzilla toy today. 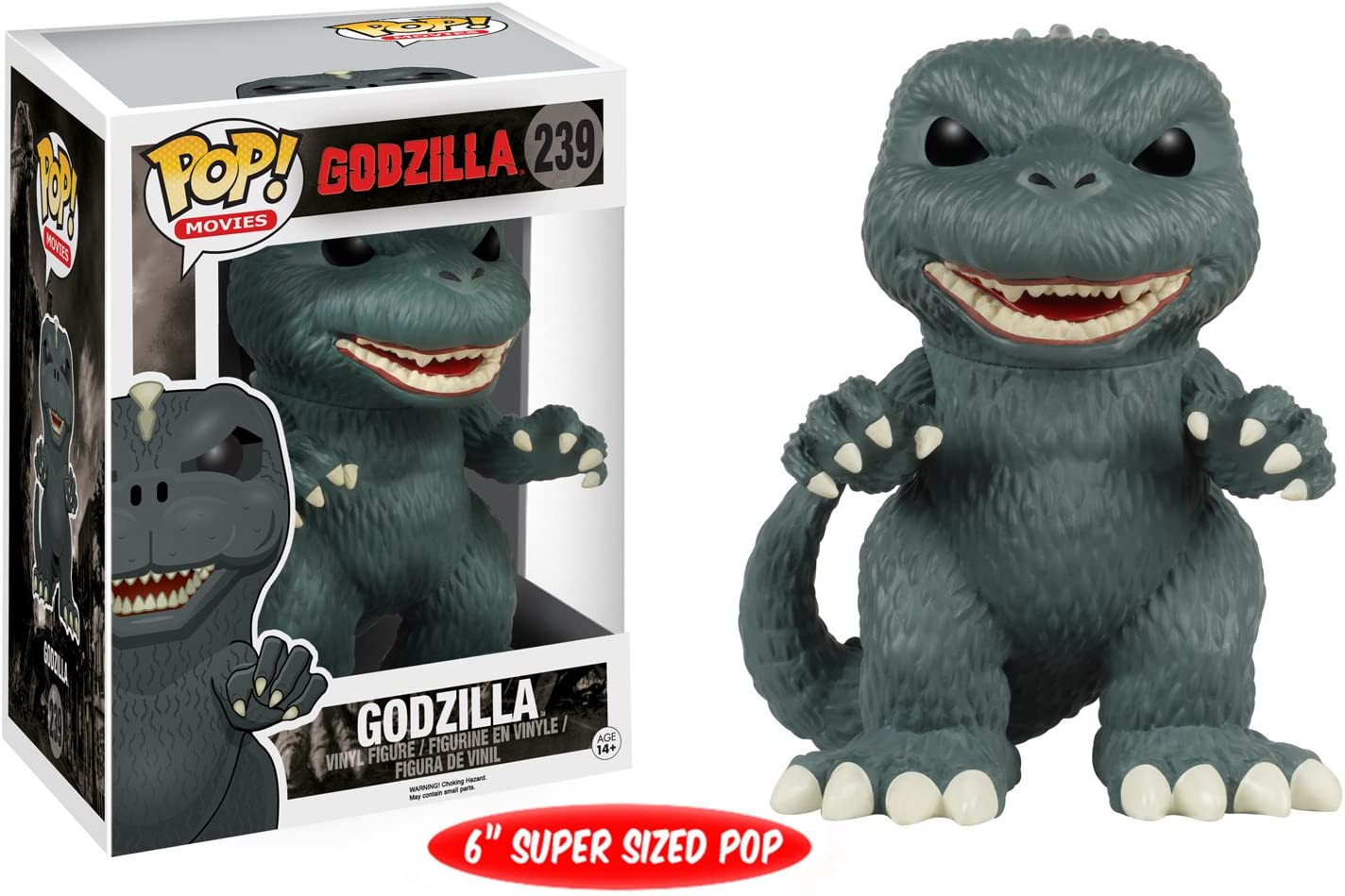 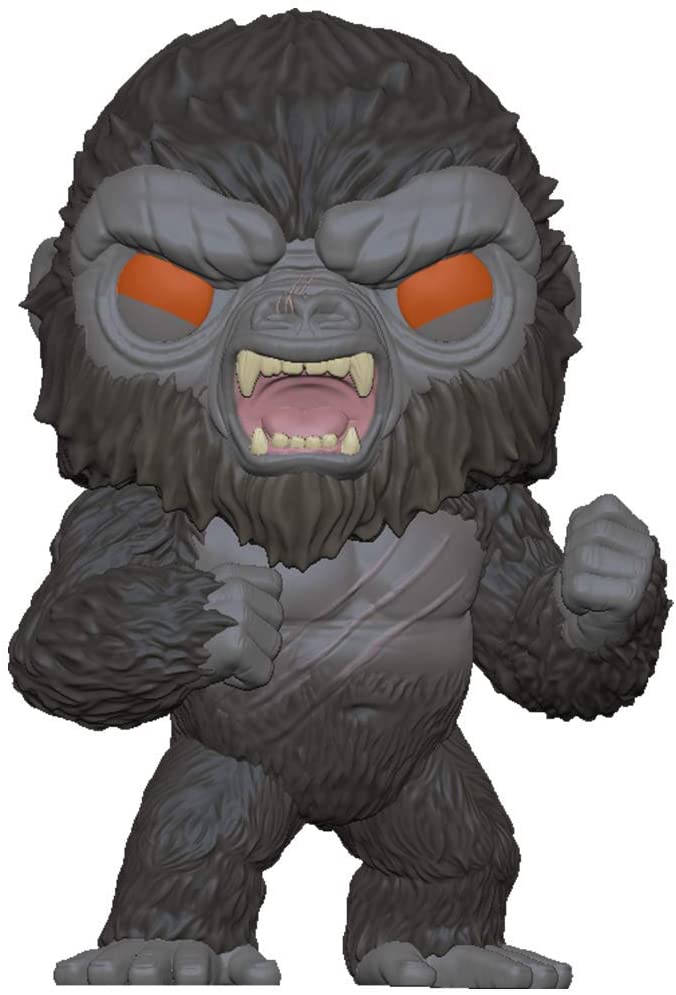 If you’re really hyped about the upcoming Godzilla vs. Kong, check out these new action figures inspired by the characters’ looks in the movie. Both figures are almost a foot tall and either will reign as king over your case. Just don’t leave Kong and Godzilla alone to fight it out when you’re gone, Toy Story-style! 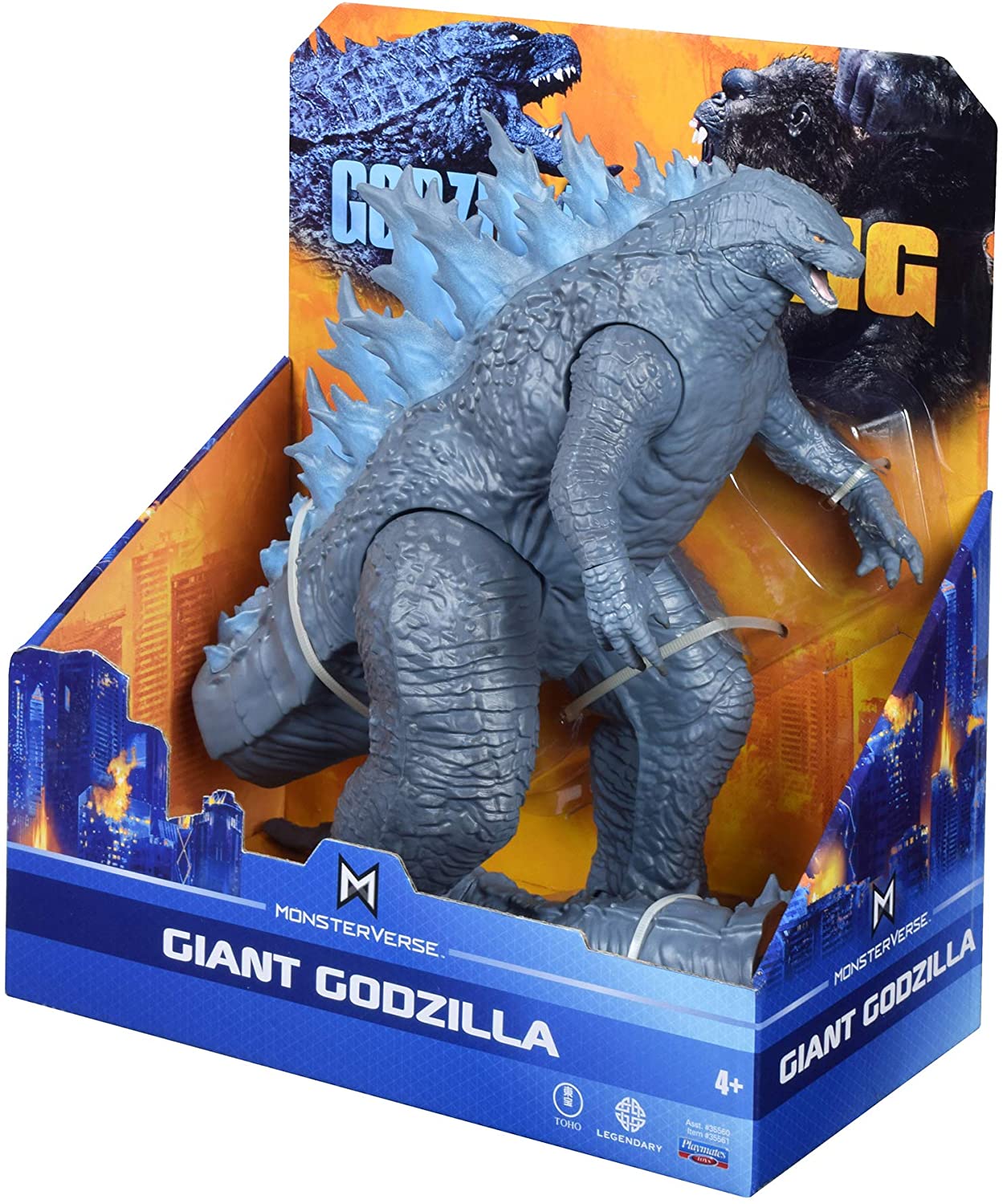 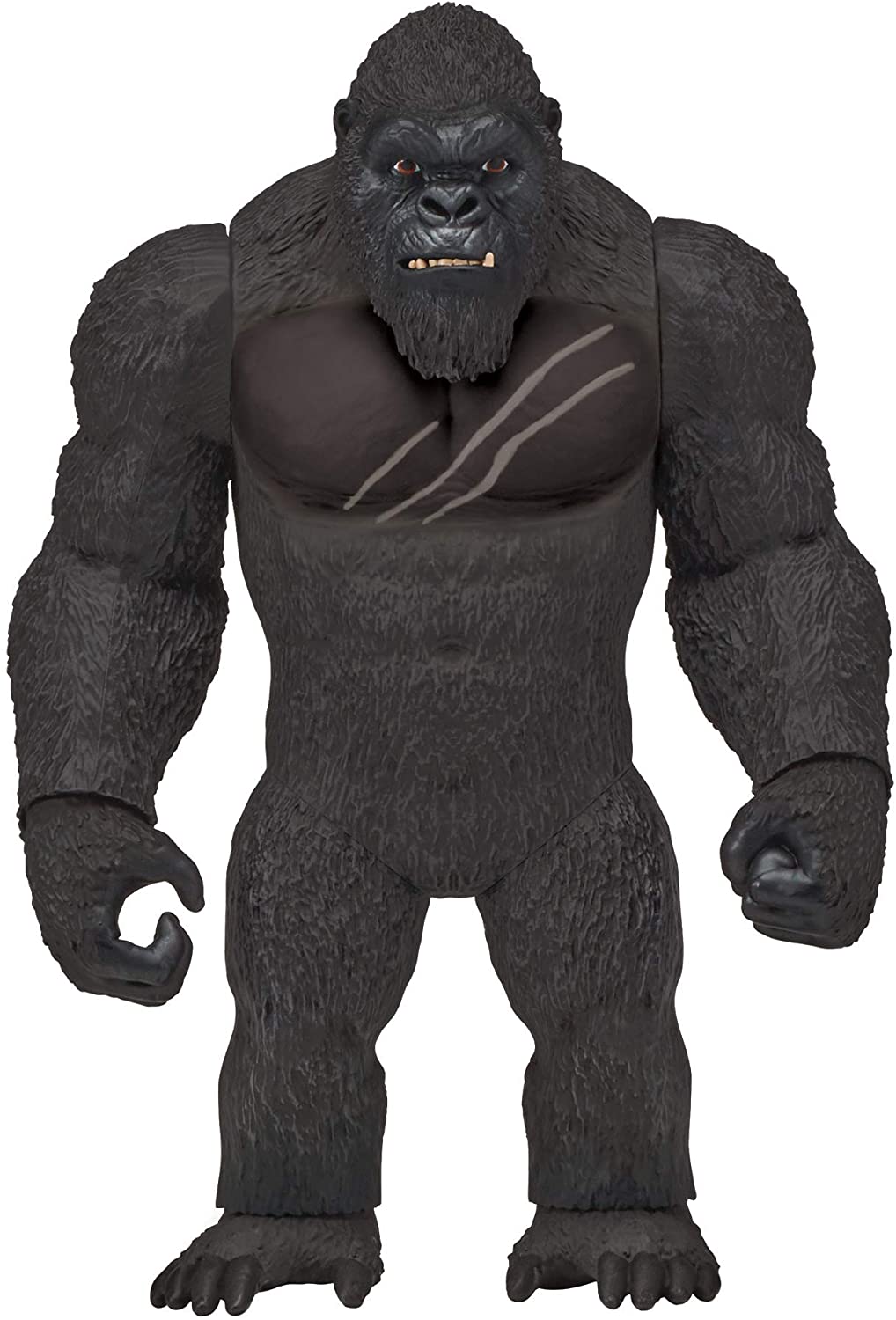 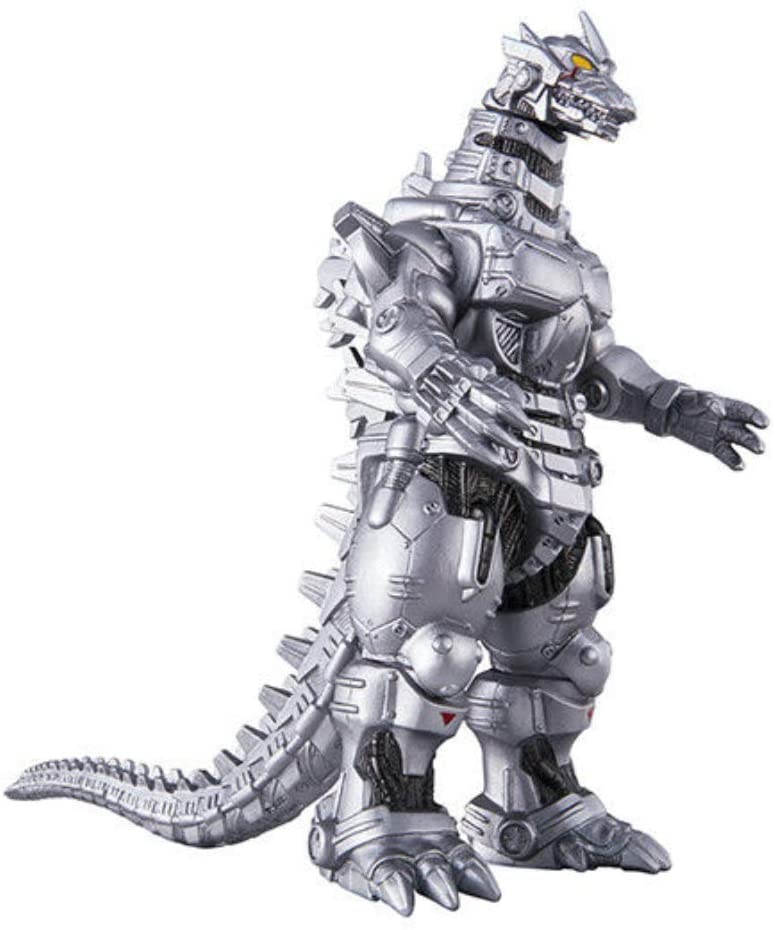 Nothing says “I’m a fan” like having the poster for the original movie splayed on your wall. Gojira, or as westerners know it, Godzilla, made a huge splash in Japan upon its 1954 release and that wave carried Godzilla to the U.S. in 1956, kickstarting the franchise that’s released 36 films and counting. 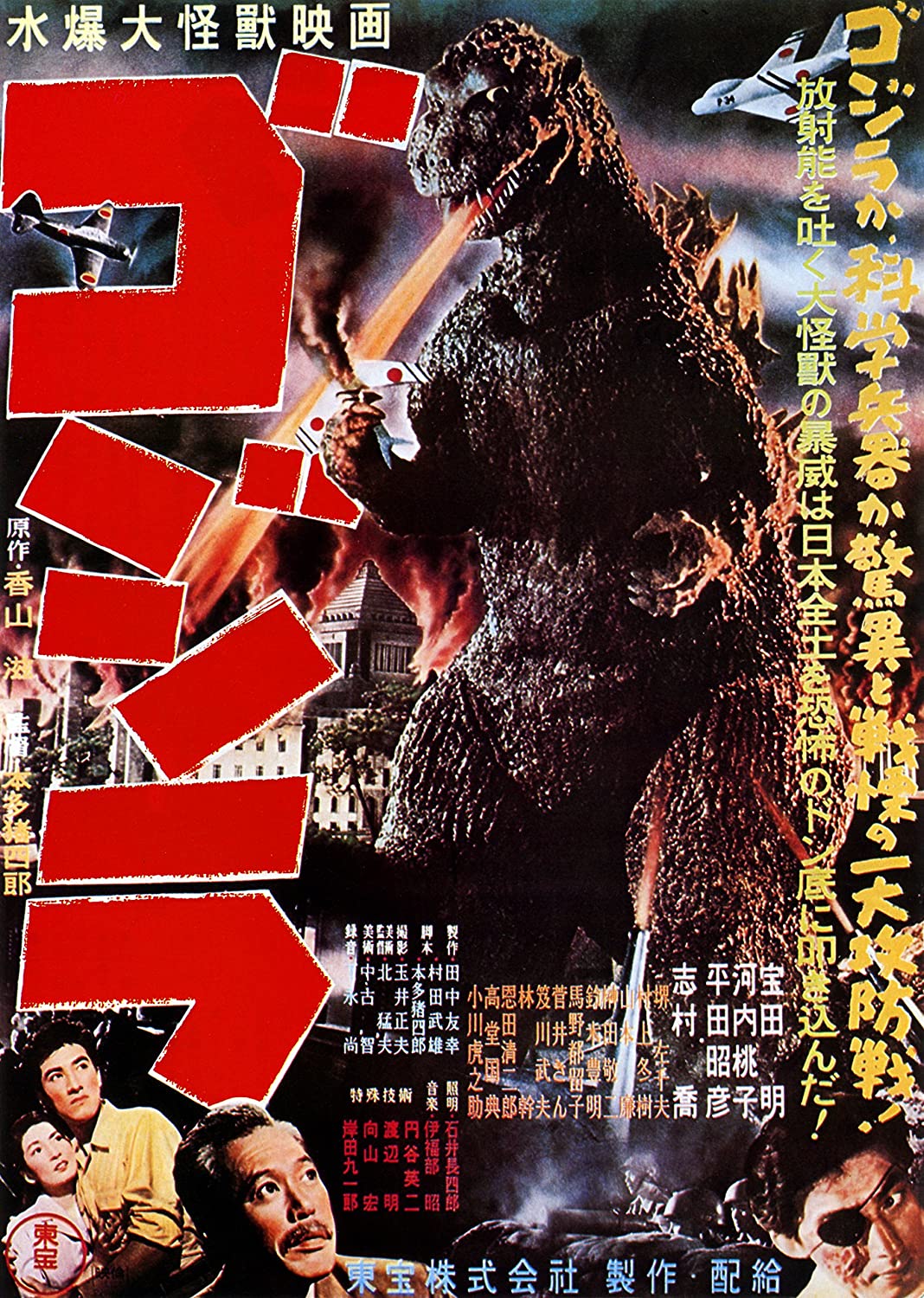 We don’t know about you, but we love merch that mixes classic culture and pop culture. Nothing encapsulates that better than a poster that combines Vincent Van Gogh’s “Starry Night” with the monster we know and love, complete with Godzilla’s signature atomic breath. 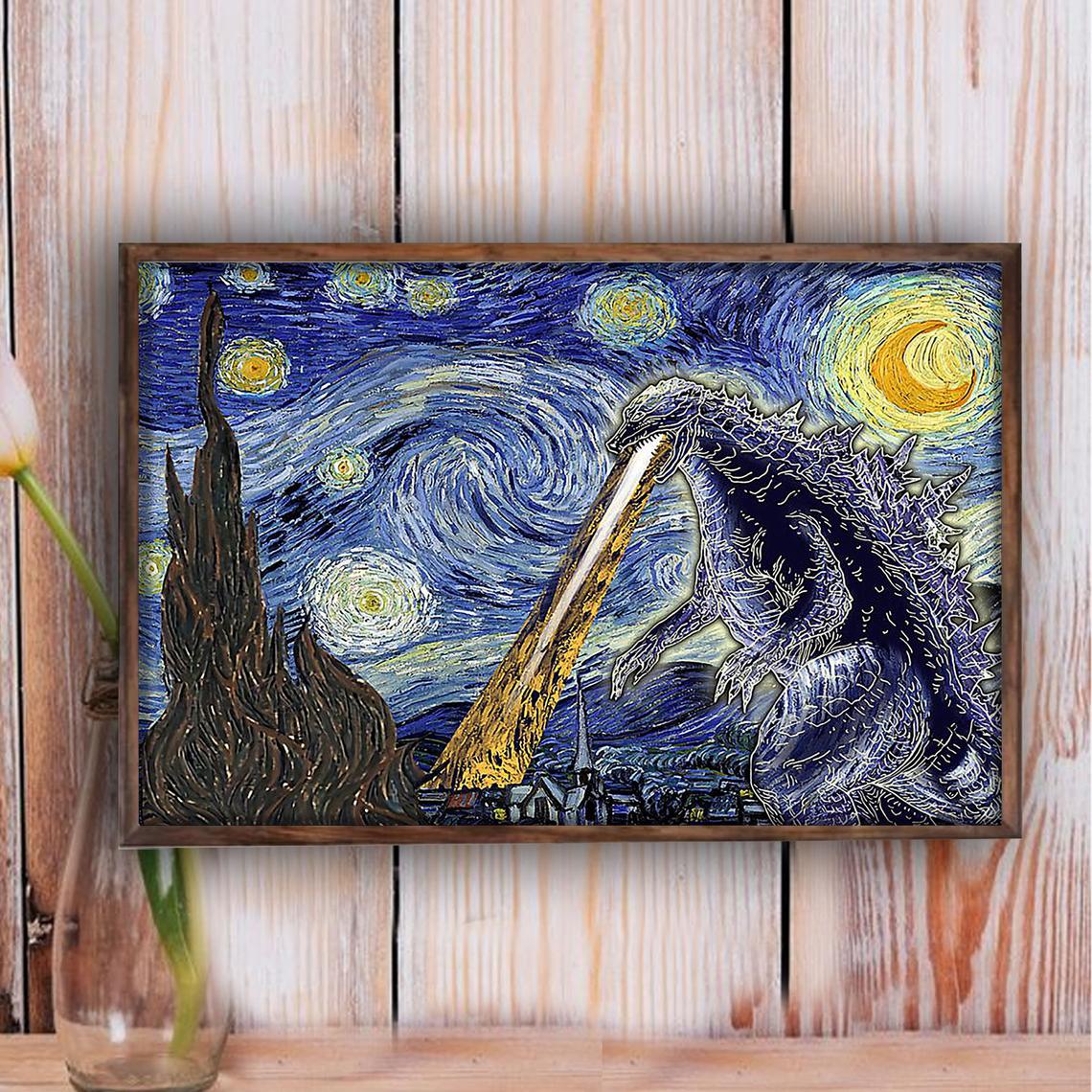 In keeping with Godzilla’s Japanese origins, this cool print combines Godzilla with the waves from the classic Japanese woodblock print “The Great Wave off Kanagawa.” It’s an unbeatable and stylish double dose of Japanese flair that enthusiasts will recognize and love (and be envious of). 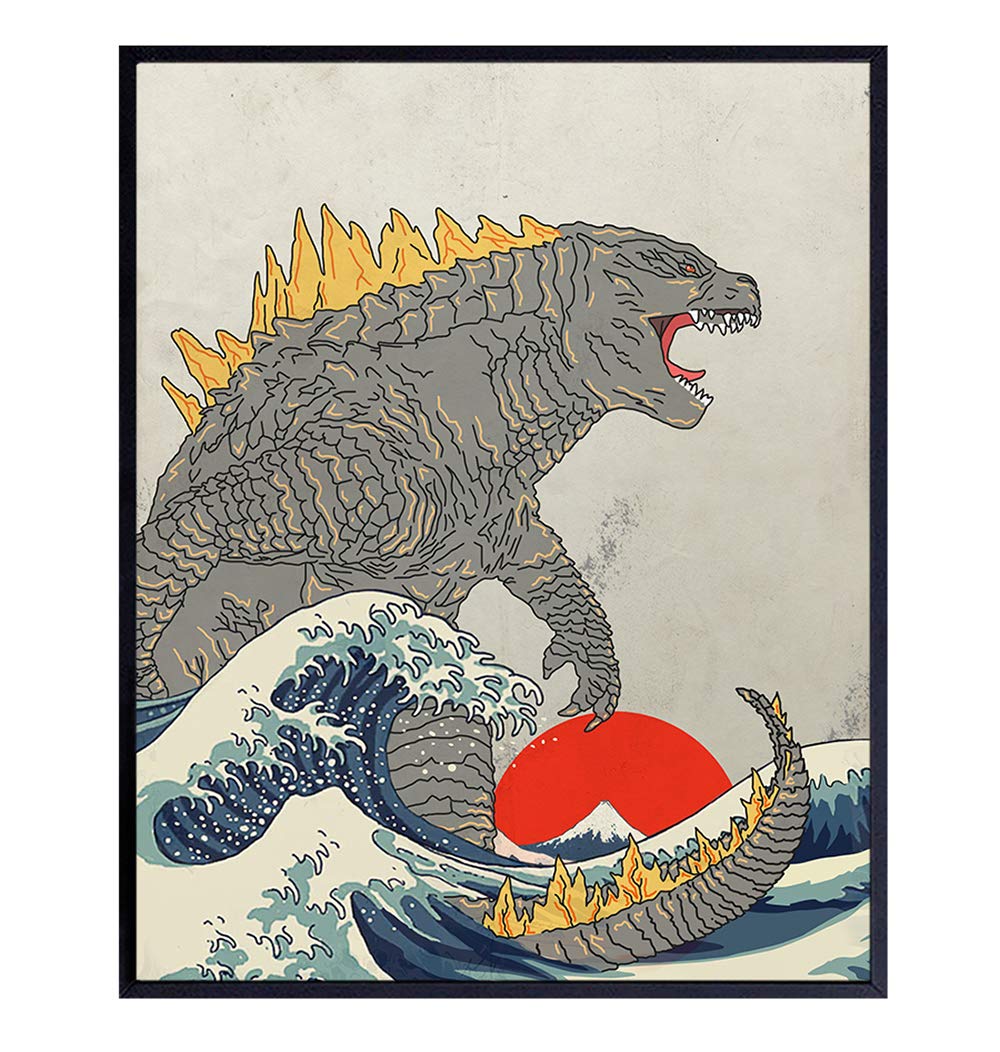 There’s no more low key of a flex than a phone case. This stylized design of Godzilla towering over a city will class up any iPhone 12 and signal to people in the world that you’re an out and proud Godzilla fan. 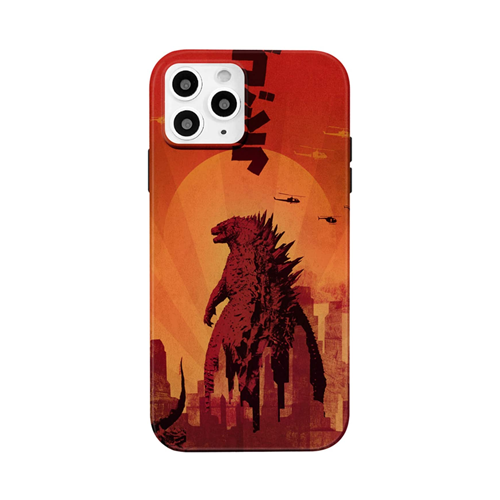 Pins are all the rage these days, so why shouldn’t Godzilla get the pin treatment? We love these different pins on Etsy: one 3D Godzilla pin made to resemble the classic 1954 monster and a bunch of chibi pins you can buy individually or as a set with five monsters, Godzilla, Mechagodzilla, Mothra, King Ghidorah and Rodan. 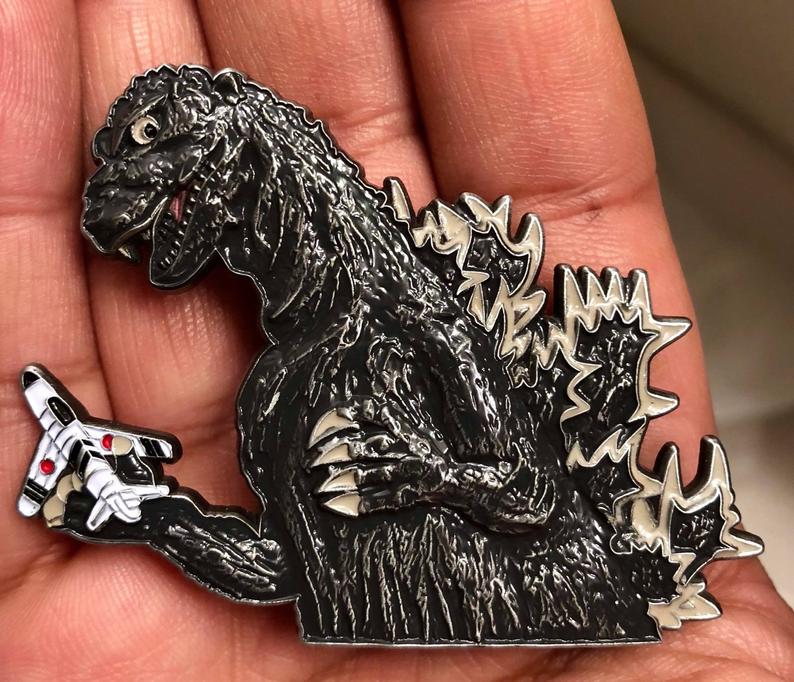 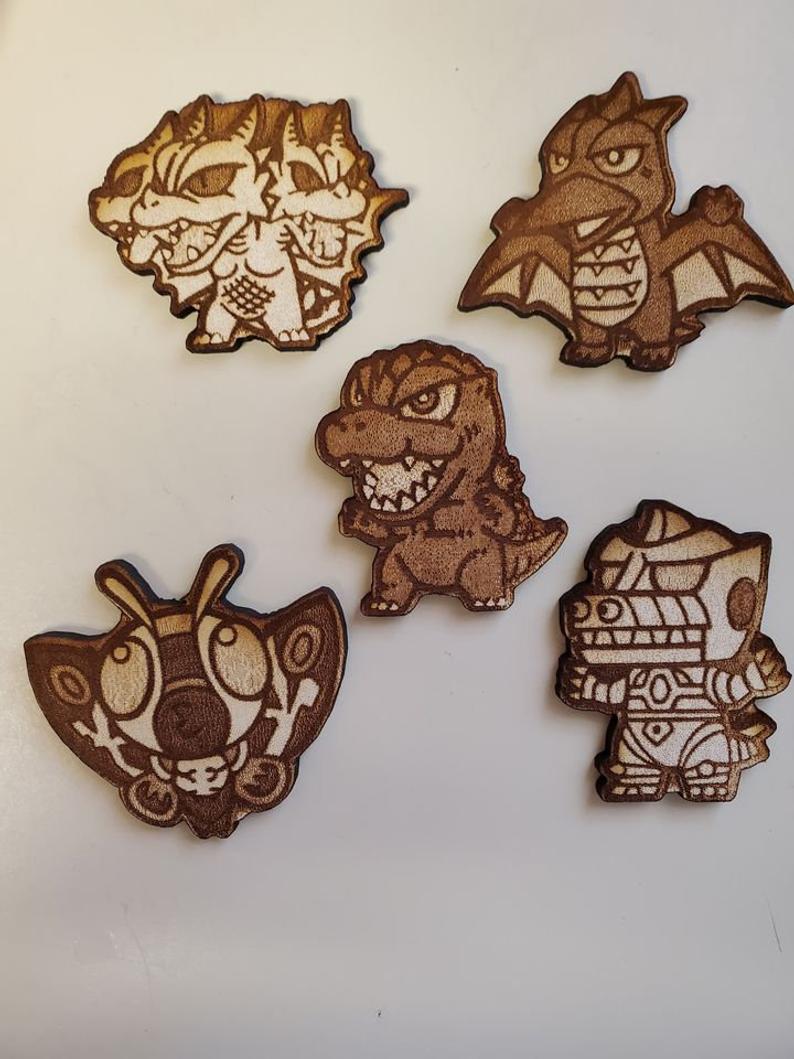 We love the enormous Toho King Ghidorah Plush, which is official, and we also like the unofficial ZoeSun Monster Dinosaur Plush. It’s not quite Godzilla, but it’s close enough without being officially designed after the character. 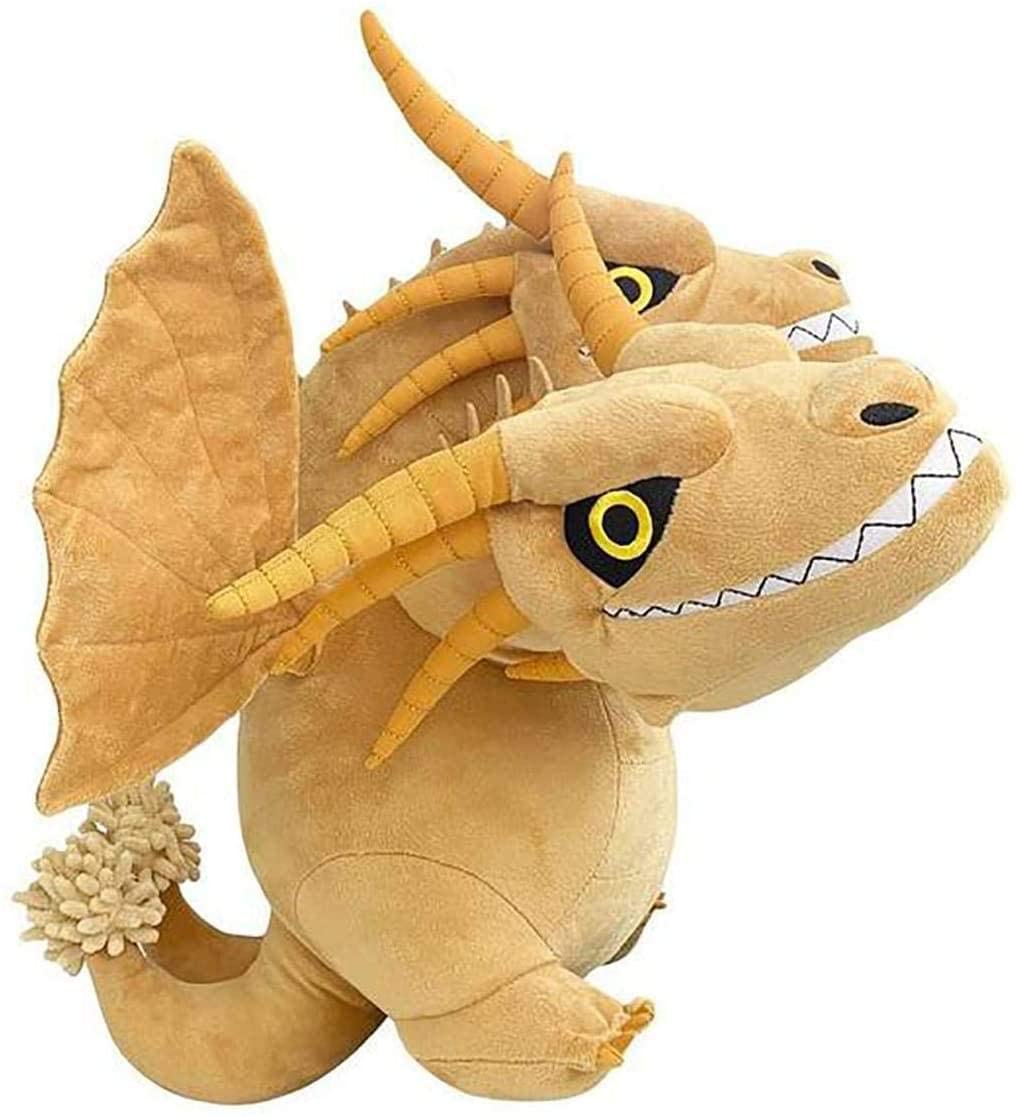 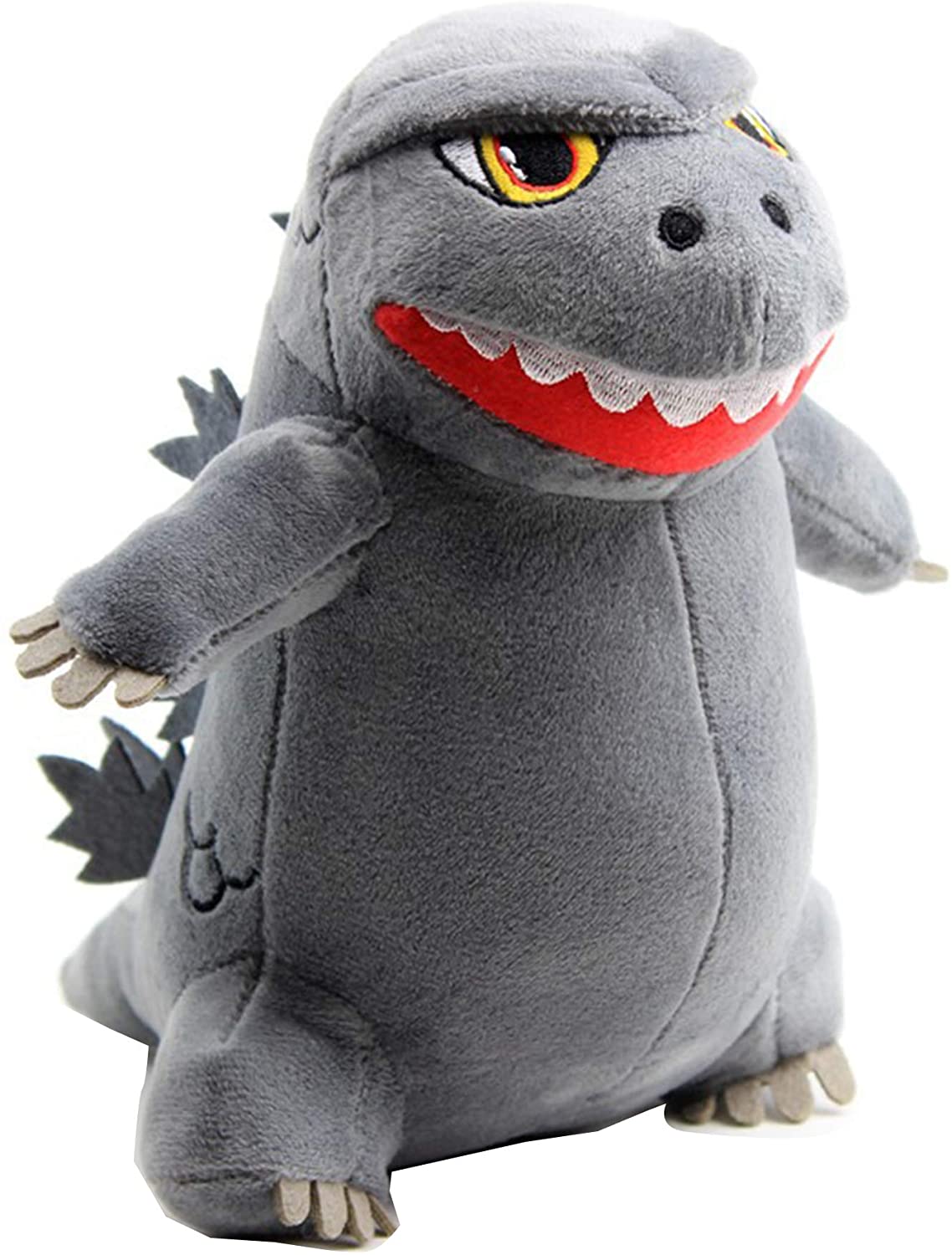 One of the most popular ways to share opinions these days is through facial masks and coverings. If politicians can complain about being canceled on their masks, Godzilla fans should be able to broadcast their fandom for all to see.

We like the Godzilla-themed pairs of masks from TIFMOCO for their cool designs and we also love this Godzilla Mouth Face Mask from Etsy for turning your mouth into Godzilla’s. 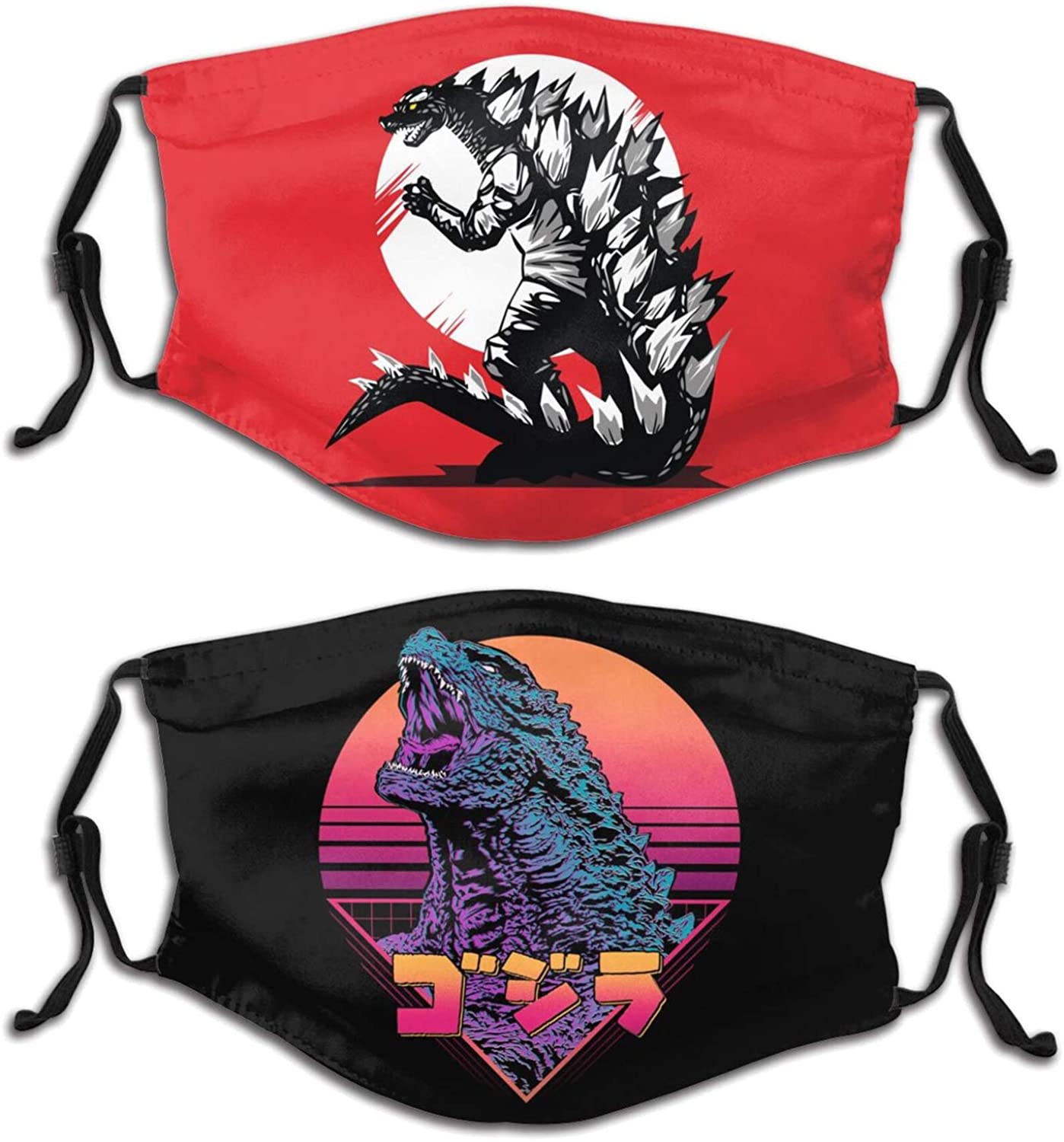 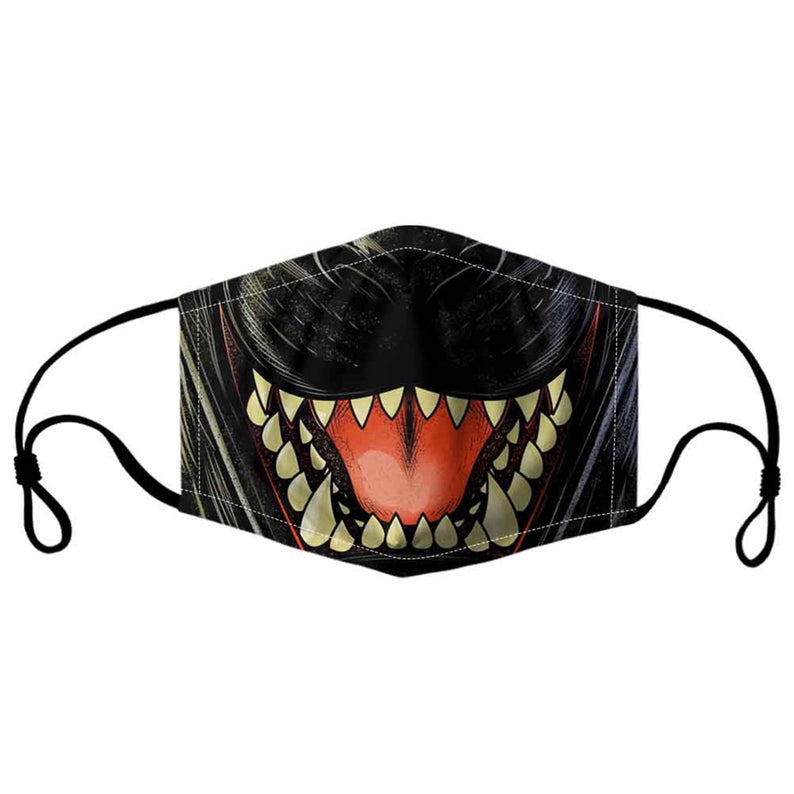 Whether for a comic con, movie premiere or Halloween, a good Godzilla mask could be a fun way to tell people you like Godzilla. The Rubie’s Godzilla Adult Vinyl Mask absolutely resembles the movie monster in all his scaly, spiky, toothy glory. Sweat and some discomfort may be included — par for the course for vinyl masks — but atomic breath will not. 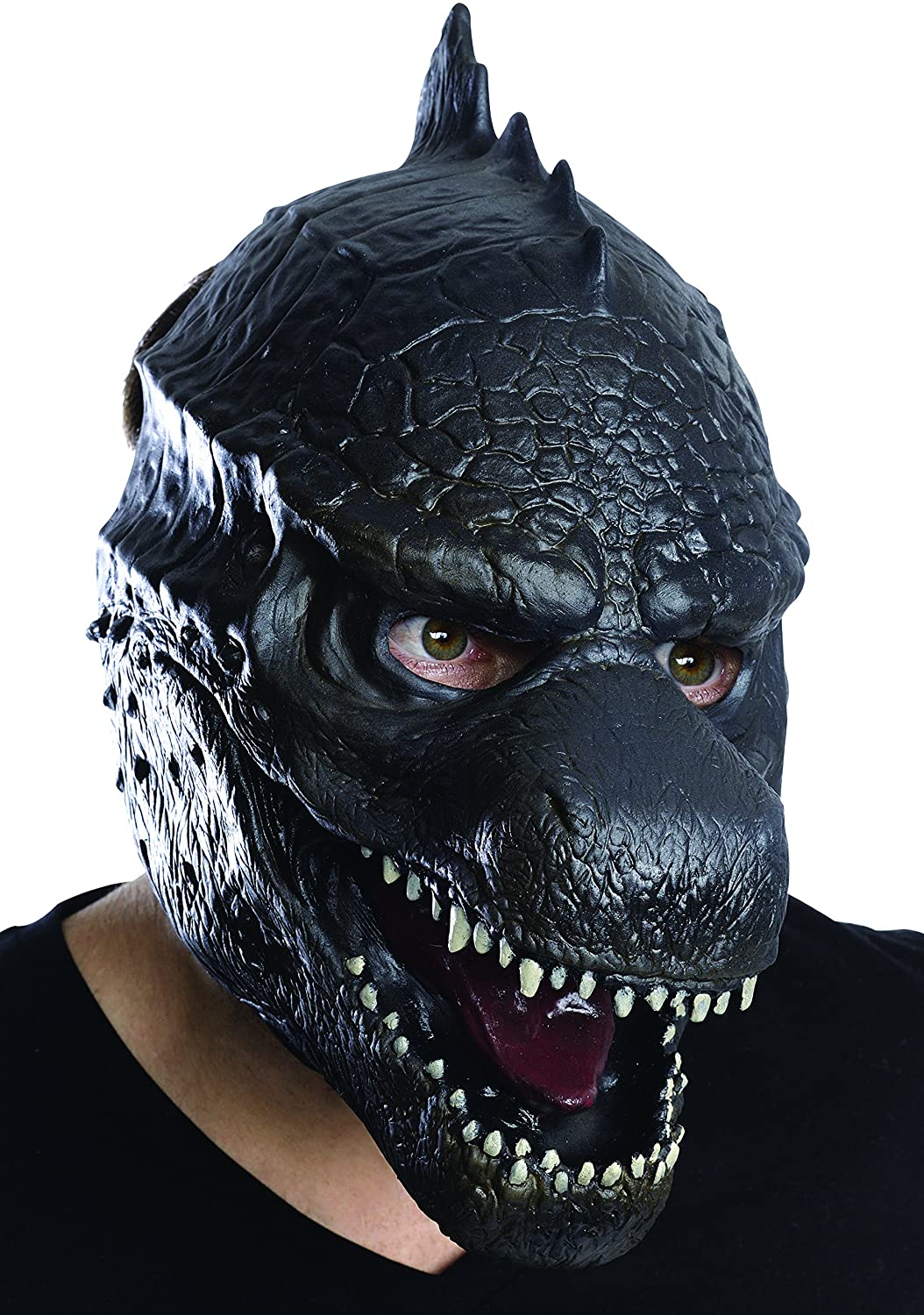 It’s hard to say what the difference is between giant lizard-foot slippers and Godzilla slippers, but who really cares? These giant Toy Vault Godzilla Feet Plush Slippers will keep your feet warm and cozy and allow you to rain terror all over your living room and backyard. Watch out, LEGO structures! 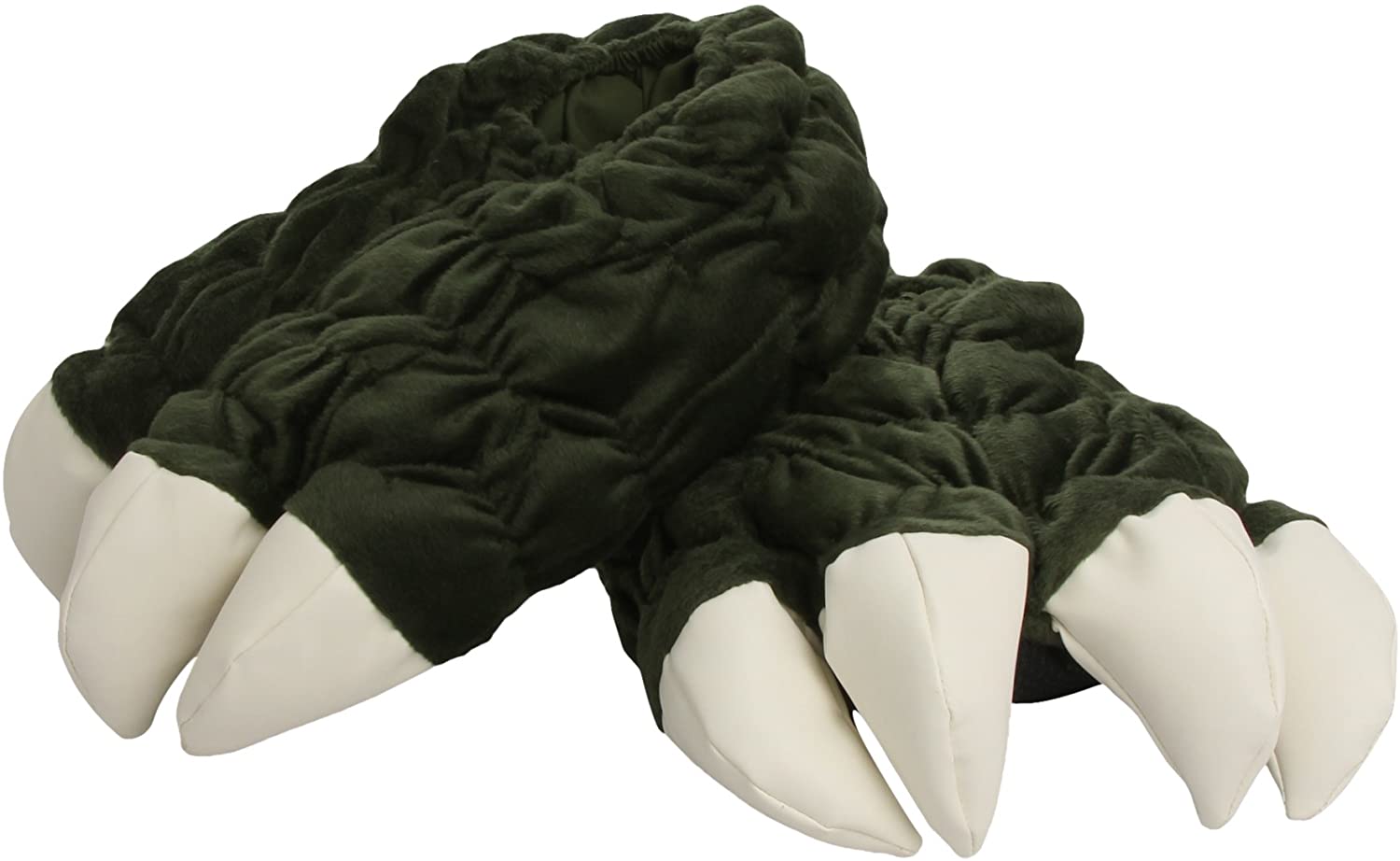 It’s pretty rare when hitting the streets with purpose that you can carry everything you need in your pockets. That’s where a decent backpack can help and a decent backpack is also a great canvas for Godzilla’s awesomeness. Go for either of these backpacks, one designed off the 2019 film or the other based on the original Godzilla film. 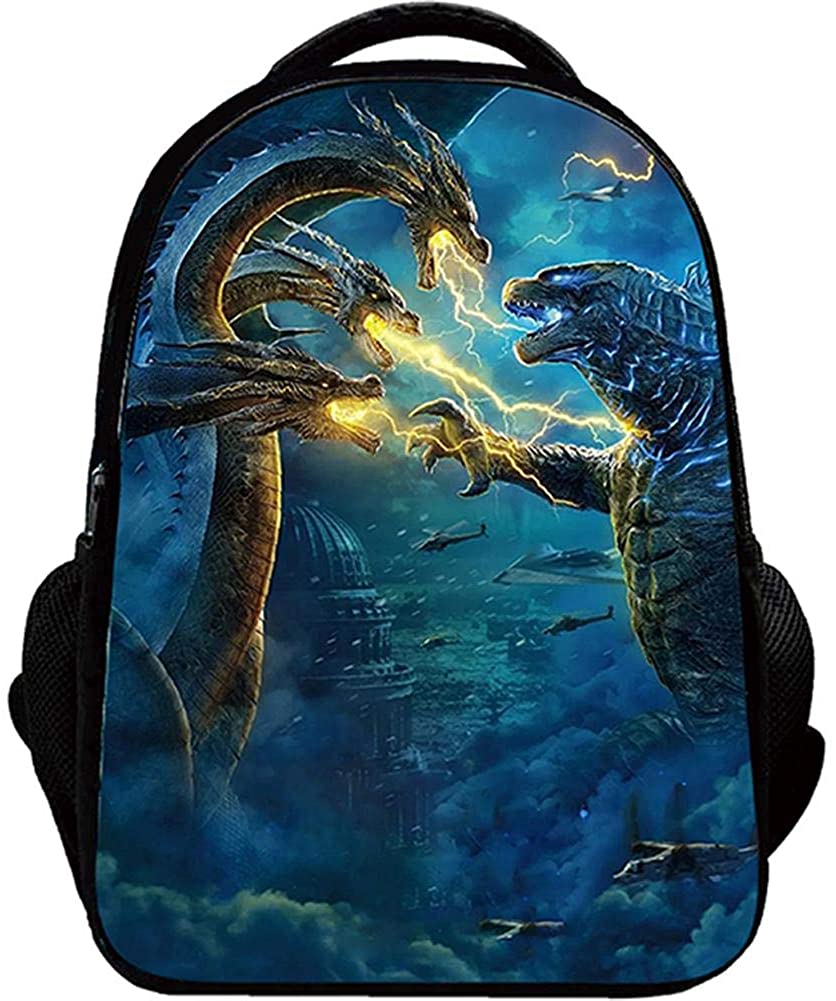 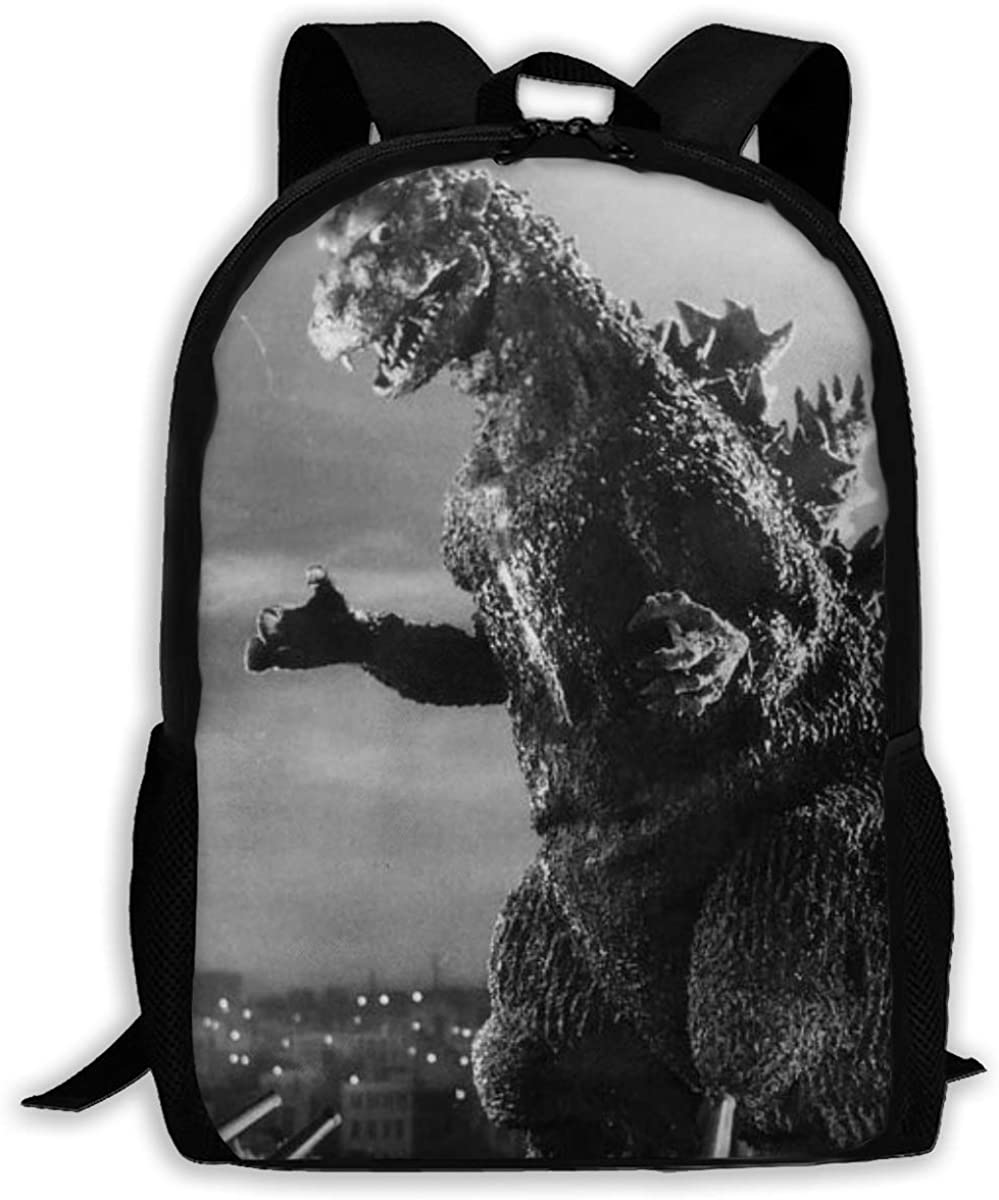 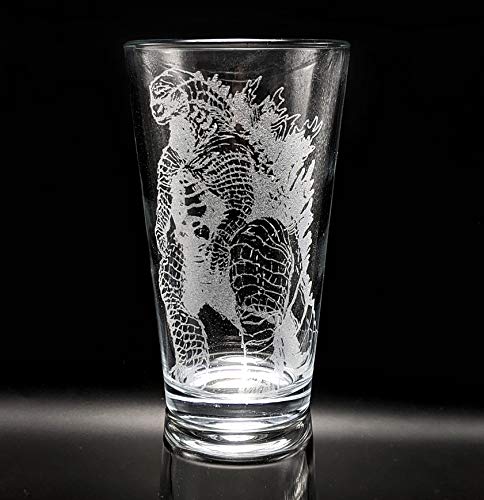 While you’re sipping from your Godzilla pint glass, you better be covered by a Godzilla-themed blanket. This 50-by-40-inch blanket combines posters from the 2019 film and Godzilla 1985, also known as The Return of Godzilla, for a retro-meets-modern Godzilla style. 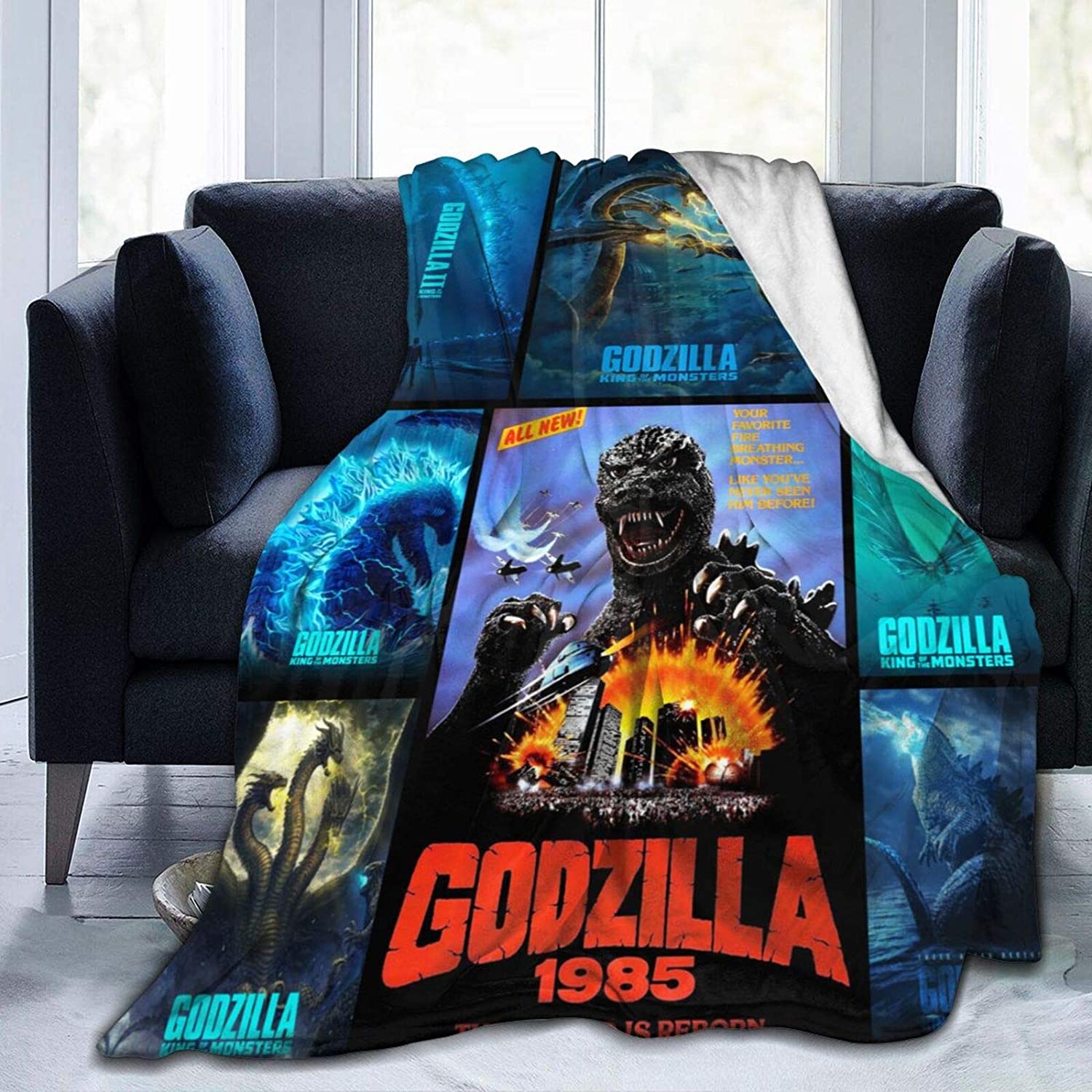 This Godzilla T-shirt takes its inspiration from Godzilla 1985 and features a mean-mugging Godzilla. Your foes will cower with Godzilla-like levels of terror when they see this (or high five you for an awesome T-shirt, we couldn’t say for sure). 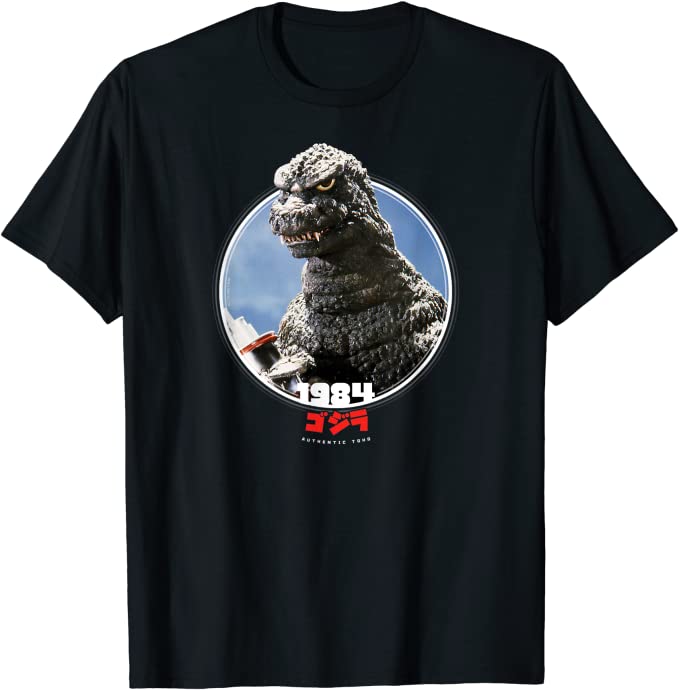 It’s Team Jacob vs. Team Edward all over again, only this time it isn’t Twilight and it’s more awesome because we’ve got official Godzilla vs. Kong Team Godzilla and Team Kong T-Shirts. Show your support with one of the T-shirts inspired by the upcoming Godzilla vs. Kong film. 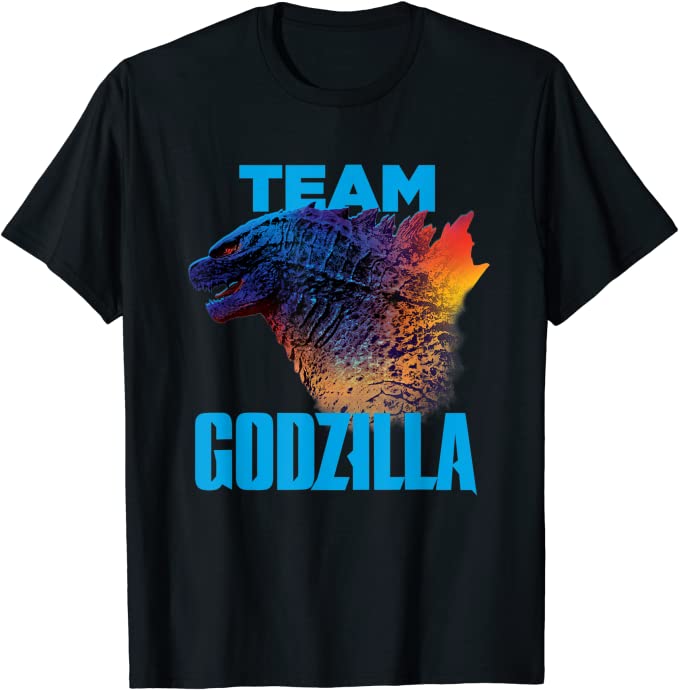 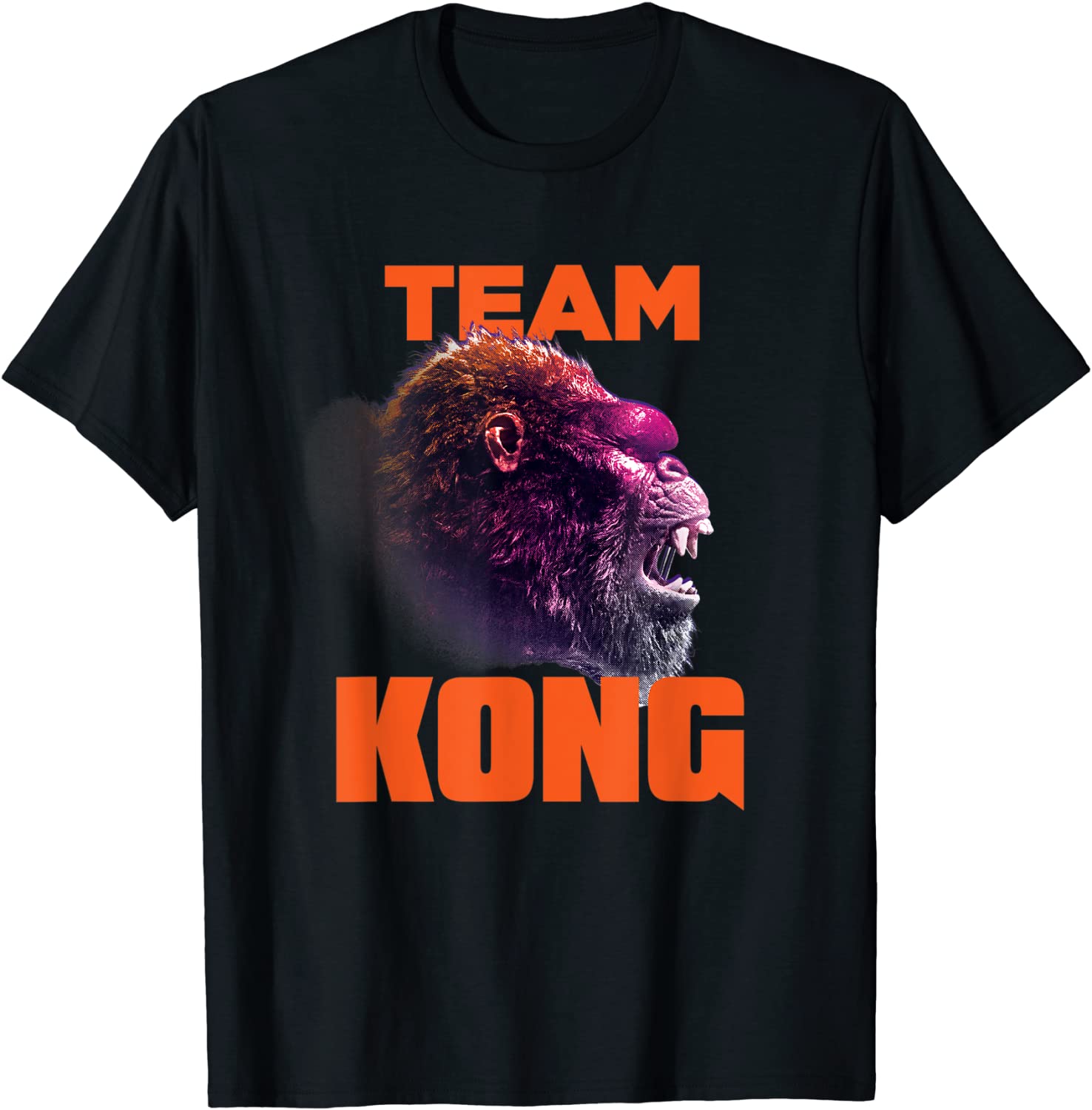 Dreaming of Space? Deck Yourself Out in The Best NASA Merch and Get Closer to the Stars