Golf prides itself on its dignity, tranquility and sophistication. It’s a sport in which players should remain civil, while fans at pro events are expected to remain silent — except for the classic golf clap and that fool who yells “…Get in the hole!” after every tee shot.

Then again, even within a sport based on stillness, there are golf courses out there that defy any semblance of tradition. While accusing their designers of outright insanity might be a little extreme, these golf tracks obviously aspire to be significantly different from the average 18 holes. They were created to be at least a little bit crazy.

Our methods for choosing these lucky 14 courses include some basic guidelines. In most cases, these are courses an average player could get to and afford to play. Also, there are choices here you won’t find on other lists that might tackle this topic as we skipped some of the usual suspects, such as ice golf in Greenland. Finally, a venue got extra points if we actually had the honor of playing it.

Mesquite is a serious, if under the radar, golf destination — mainly because it’s less than an hour from Las Vegas and its more than 50 Sin City courses. Still, Mesquite golf tracks are serious challenges and are as well-kept as any desert golf experiences in the U.S. The crazy king of Mesquite Golf is Wolf Creek and its arid, mountainous landscape dotted with oases of lush fairway.

Players drive golf balls over canyons and then hop in gas-powered carts because no electric motor has the extra horsepower to climb the extreme elevation changes. Watch out for snakes. 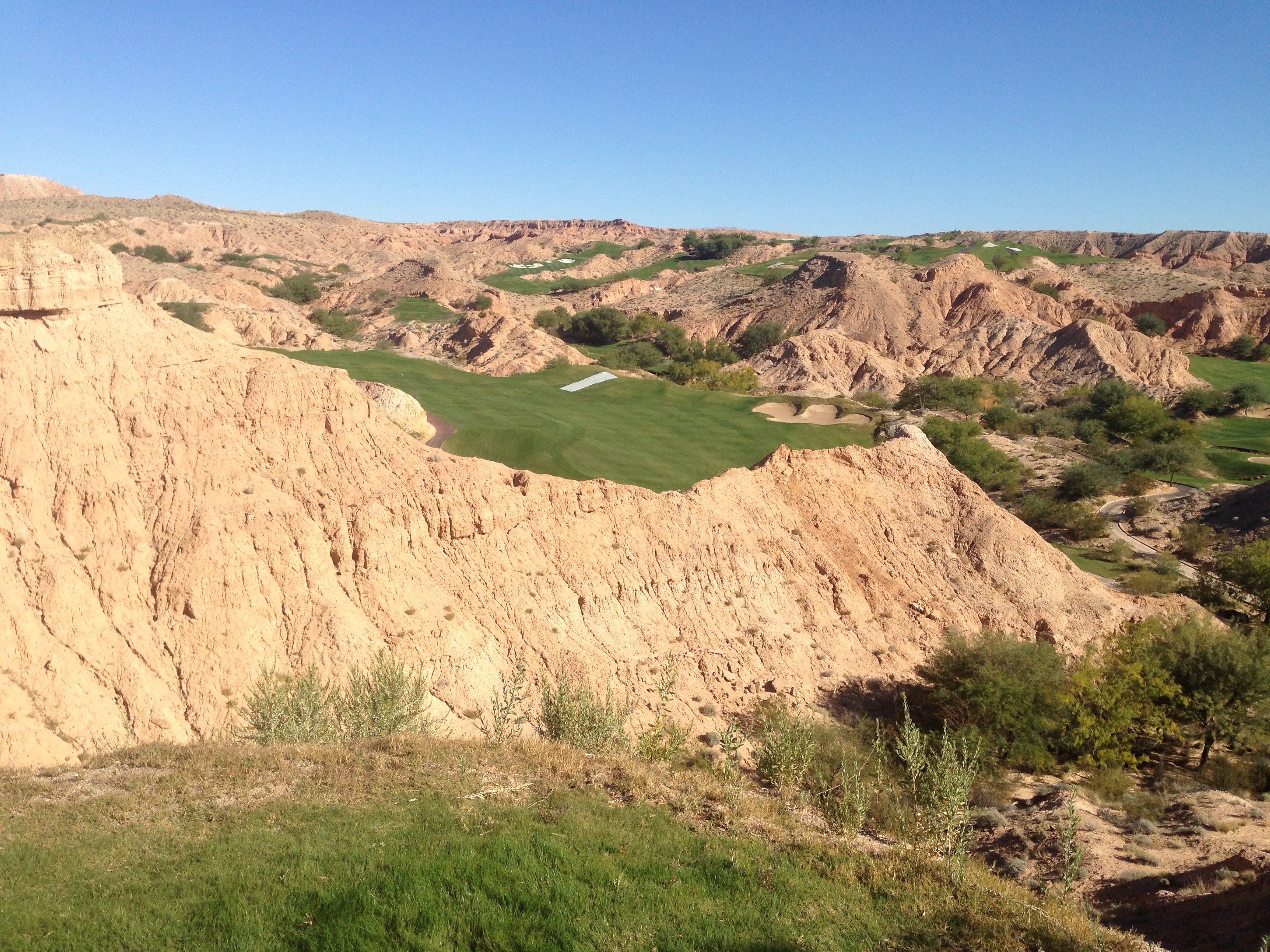 2. The Loop at Forest Dunes

Forest Dunes in the north-central reaches of Michigan’s Lower Peninsula has been the well-known home of its very popular titular course for years. Still, it’s The Loop that turns golf on its ear, or at least back to front.

Though The Loop is described as two courses (Red and Black), it’s the same course reversed day to day. In other words, the player plays 18 holes on The Loop Red one day, only to return the next day to find the greens and tee boxes flipped on the same landscape to form The Loop Black. Designer Tom Doak made sure his schizoid creation changed personality from day to day. 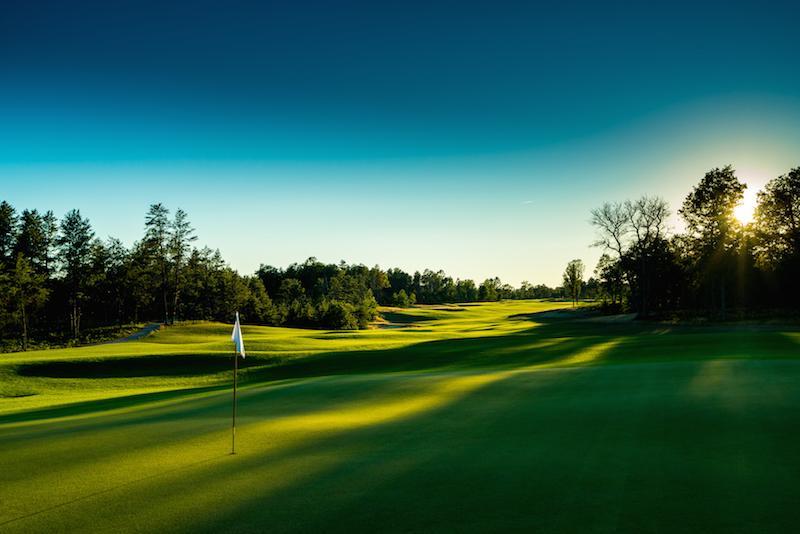 Roscommon Hotels and Places to Stay

Staying in the Wolverine State for a moment, we head over to the Lake Michigan coast not too far from Traverse City. The insanity of Arcadia Bluffs is entirely weather dependent. If conditions are fair, this is a very pretty, Scottish links-style golf course along the water. When the wind picks up from the lakeside — which predominant weather patterns enjoy arranging — this is a crazy beast of a golf course.

I’ve seen big hitters drive into the teeth of that wind and fail to clear the forward tees. If players make the mistake of swinging into a hearty gust, the gales of summer blow wedge shots back in their faces. Gordon Lightfoot should write a song about this place. 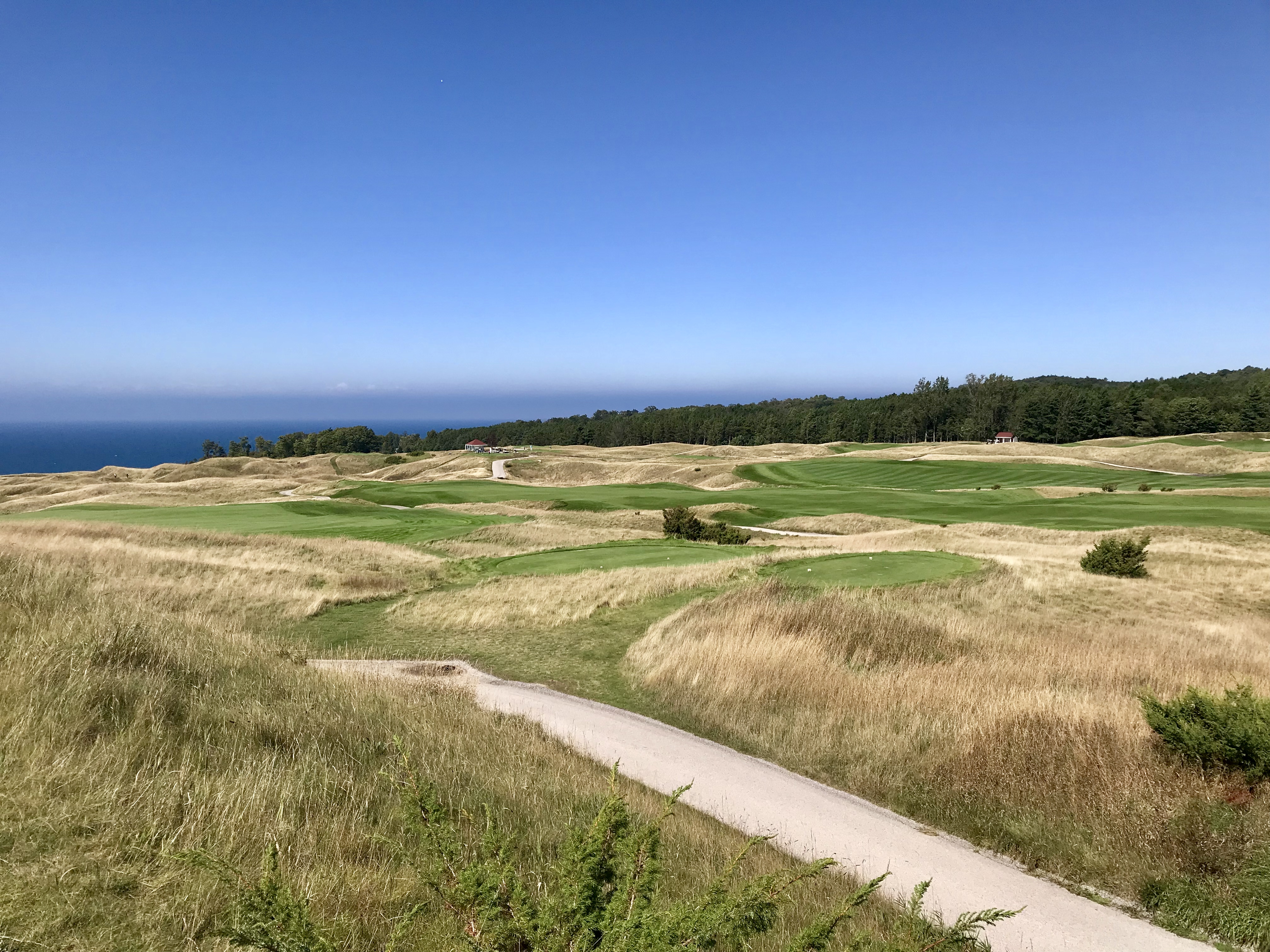 Arcadia Hotels and Places to Stay

There’s nothing mentally ill about TPC Colorado until golfers get to lucky number 13 and its longest hole at 791 yards (if they play the tips). Now, that’s not the longest hole in the world. The Satsuki Golf Course in Sano, Japan offers a 964-yard hole, and Gunsan Country Club in South Korea ups the ante to 1100-yards. Still, those are par sevens.

Colorado is also not home to the longest golf hole in the U.S. as Meadow Farms Golf Course in Virginia claims an 841-yard 12th. Spring Lake Golf Resort in Florida serves up an 800-yard par sixth hole. Those are both par six.

Ticking 800 yards, number 13 at TPC Colorado is a straight-up par five. Golfers are expected to get up and down in the same number of strokes as a hole maybe half as long on another course. I hope everyone is competent with a three wood. 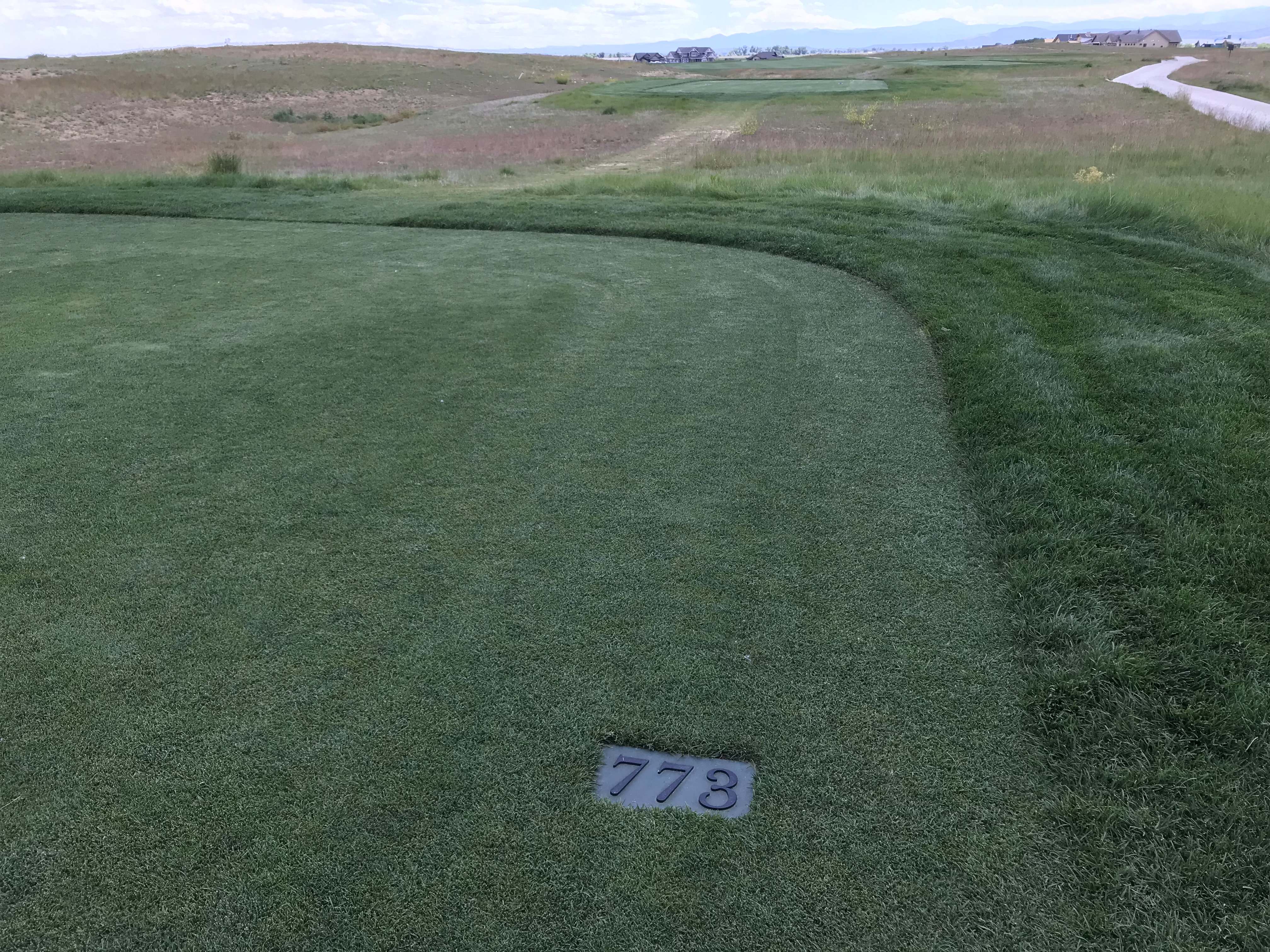 Berthoud Hotels and Places to Stay 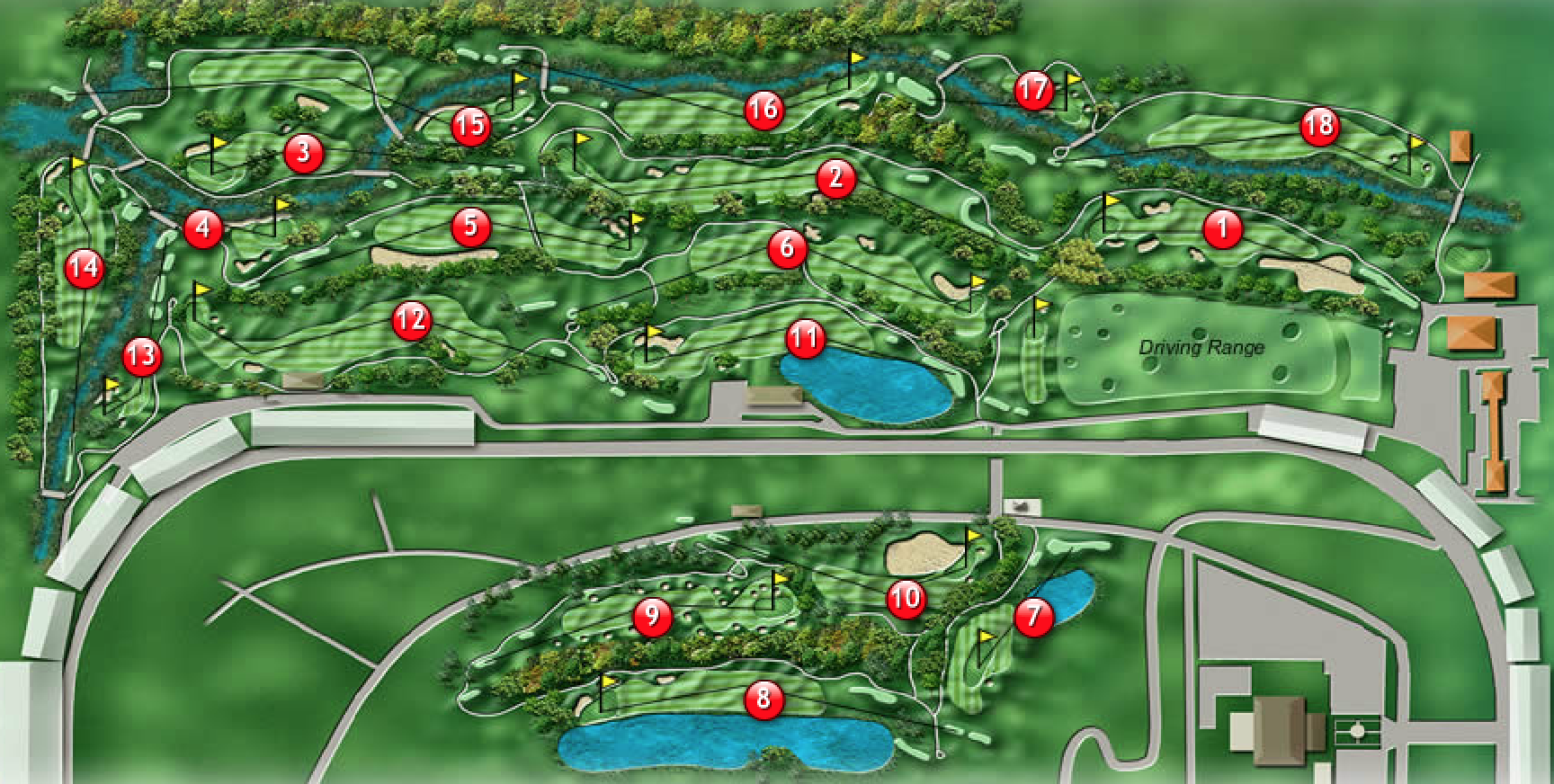 Indianapolis Hotels and Places to Stay

A goat carries your clubs. That’s as good a reason for crazy golf as you’ll find on this list. 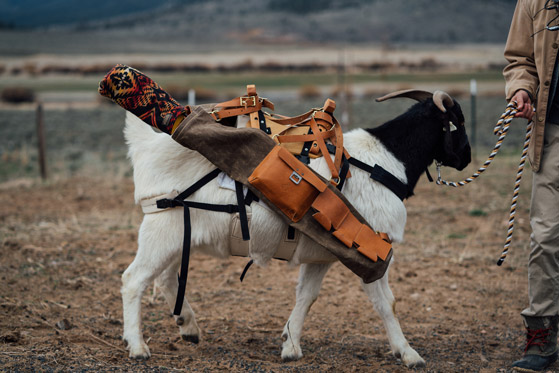 Seneca Hotels and Places to Stay

For the average short course player, there’s nothing immediately special about this nine-hole, par-three course in Studio City, California. It’s well-maintained and very straightforward. There’s no hole longer than 130 yards, and the grounds share space with tennis courts and a driving range popular with celebrities.

Still, it’s what this little course had to survive that makes it special. Sitting on undeniably expensive San Fernando Valley real estate in the hopelessly overcrowded reaches of Greater Los Angeles, everyone from greedy real estate developers to conniving local government officials tried to plow under this course over the years to make it more ugly condos and apartment buildings. Its owners and concerned locals fought like hooked marlins to keep Weddington open to the public. 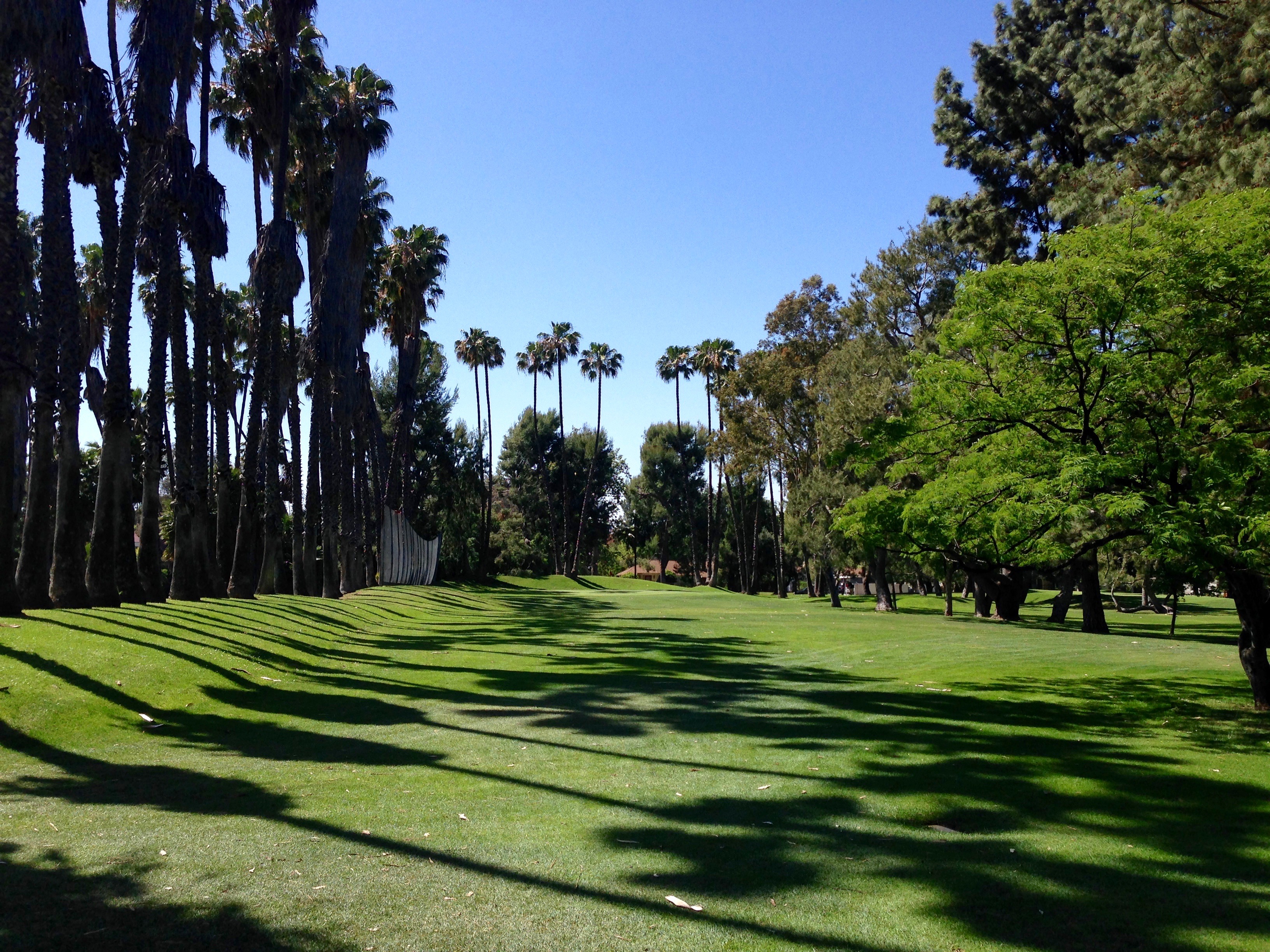 Staying in California, Terranea is a tiny par-three run in Palos Verdes. Built in and around a luxury resort and housing community overlooking the Pacific and Catalina Island 26 miles across the sea, Terranea was supposed to be a much larger course with an elaborate practice and training area. The practice space is there, but real estate and environmental requirements turned the course into a little nine-hole track that the player can enjoy in about an hour for a morning or afternoon of breezy golf. 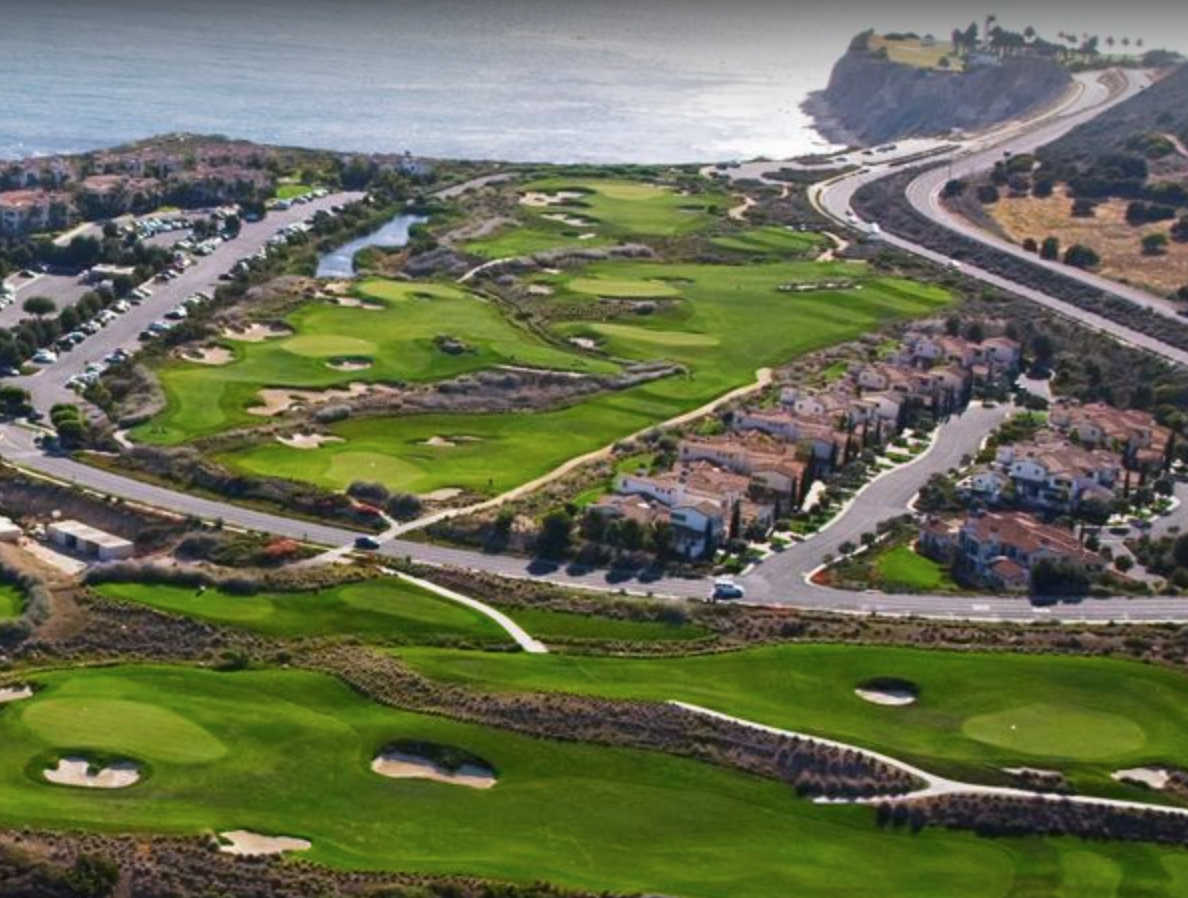 Sticking with the theme of wedging a golf course into limited space, designer Tom Fazio did a wizard’s job packing 18 holes of beautiful golf into the square patch of desert land you see below. Tightly laying tree-lined holes back and forth across this Las Vegas Blvd. parcel, Fazio and The Wynn Resort Golf Club created a treasure — the only golf course on The Strip. Tee boxes and greens are often snugly parallel, but that allows players to get around quickly and get back to the Blackjack tables. 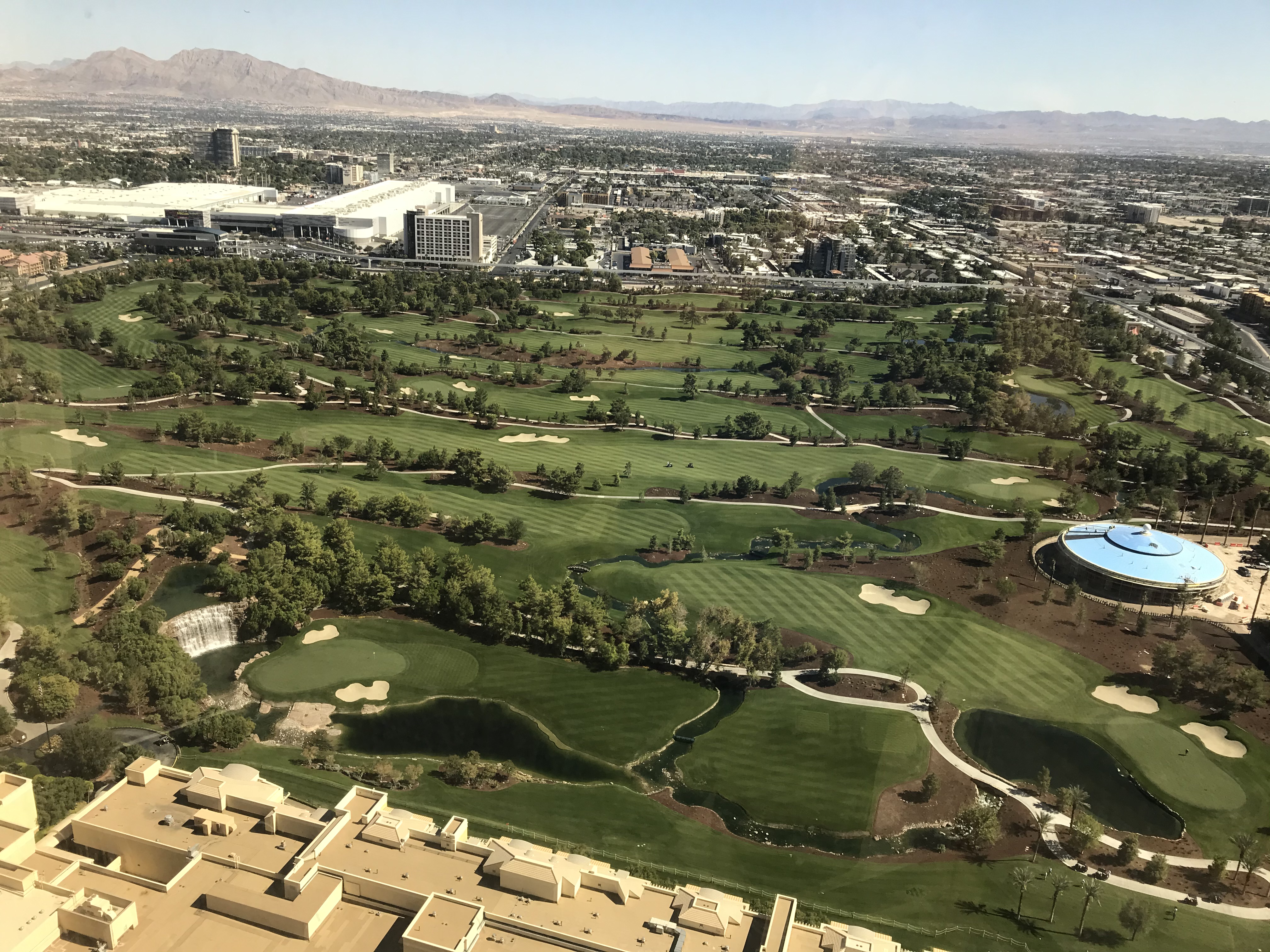 Yes, that Kabul. Admittedly, this isn’t a resort destination, and no one reading this is likely to tee it up here. Still, it has to be included because the Kabul Golf Club is the only property on this list that begins its online history description by listing the founding year of its host city as 500 B.C. — and ends with the words, “Still waiting for the war to end.”

For obvious reasons, the club opened and closed frequently over the years. After experiencing attacks by the Taliban in 2012, Kabul Golf Club has been open now since 2015. Roadwork and combat reduced the course to six holes, but its operators pledge to keep the “least played golf course in Asia” operating. 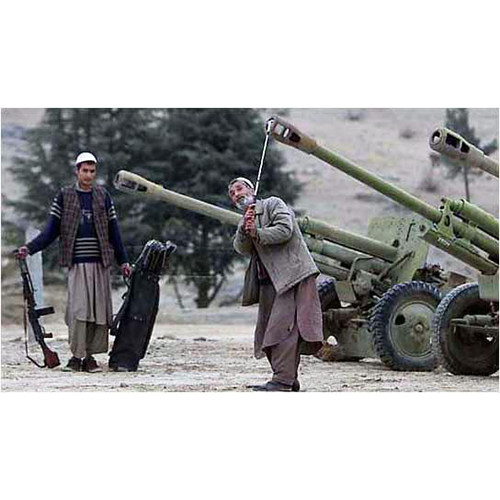 Why doesn’t this entry have a lush, green, bunker-dappled beauty shot of some signature hole at the Westchester Golf Course? We want to highlight its location because that’s what’s nuts about this spot. The 18-hole, par-three course is clearly marked in the map below. That sea of concrete beneath it is the runways of the Los Angeles International Airport, where the big jet engines roar.

Now, the beaches of Playa Del Rey are just to the west of this image, and planes at LAX take off over the ocean. So, players get a lesson in focus as they stand over their shots while their chests hum with the blast of a 747 taking off for Tokyo less than a football field away. Massive nets attached to telephone poles prevent shanks from bouncing their way into the paths of aircraft packed with people wondering how a golf course got so close to a major airport. 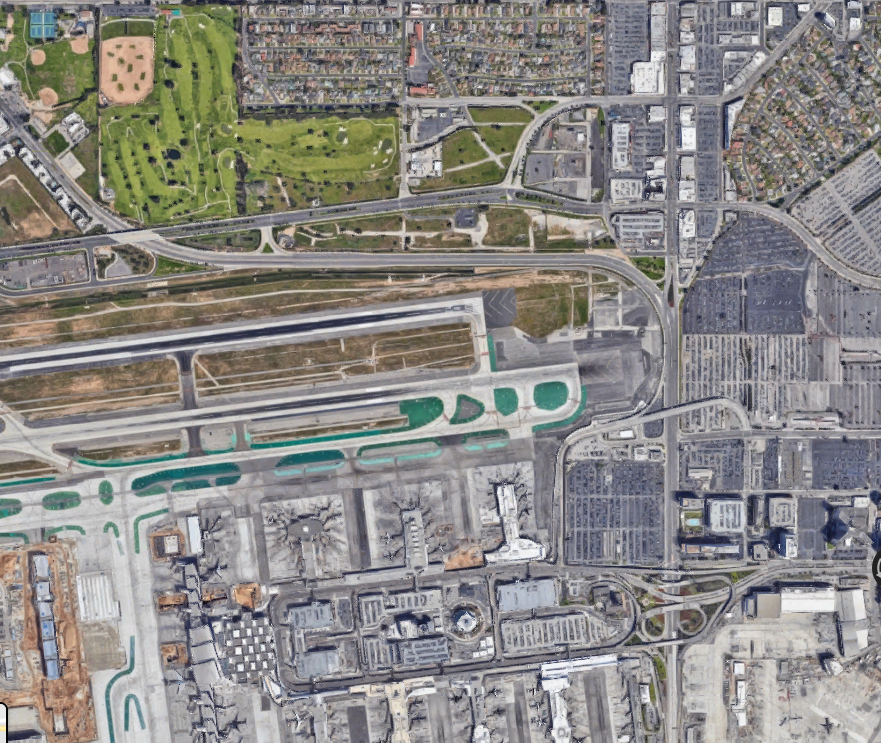 Tucked away on rolling Alabama woodlands between Montgomery and Birmingham, Pursell Farms ask golfers to hit over a lot of water and around doglegs marked by tall timber. None of that is particularly odd until they get to the par-three fifth hole, nicknamed Hang Time. The yardage on Hang Time is about 130 to 140 yards from tee to green, but the player hits that first shot from more than 170 feet above the hole. The golfer simply pops the ball up in the air and watches it disappear below.

In terms of height, there are more extreme golf holes in the world. Most notably, the Legend Golf and Safari Resort in the Entabeni Safari Conservatory, Limpopo Province, South Africa features a 1,300-foot drop to a par-three green. However, it’s on a 19th hole and therefore doesn’t count for the day’s round. 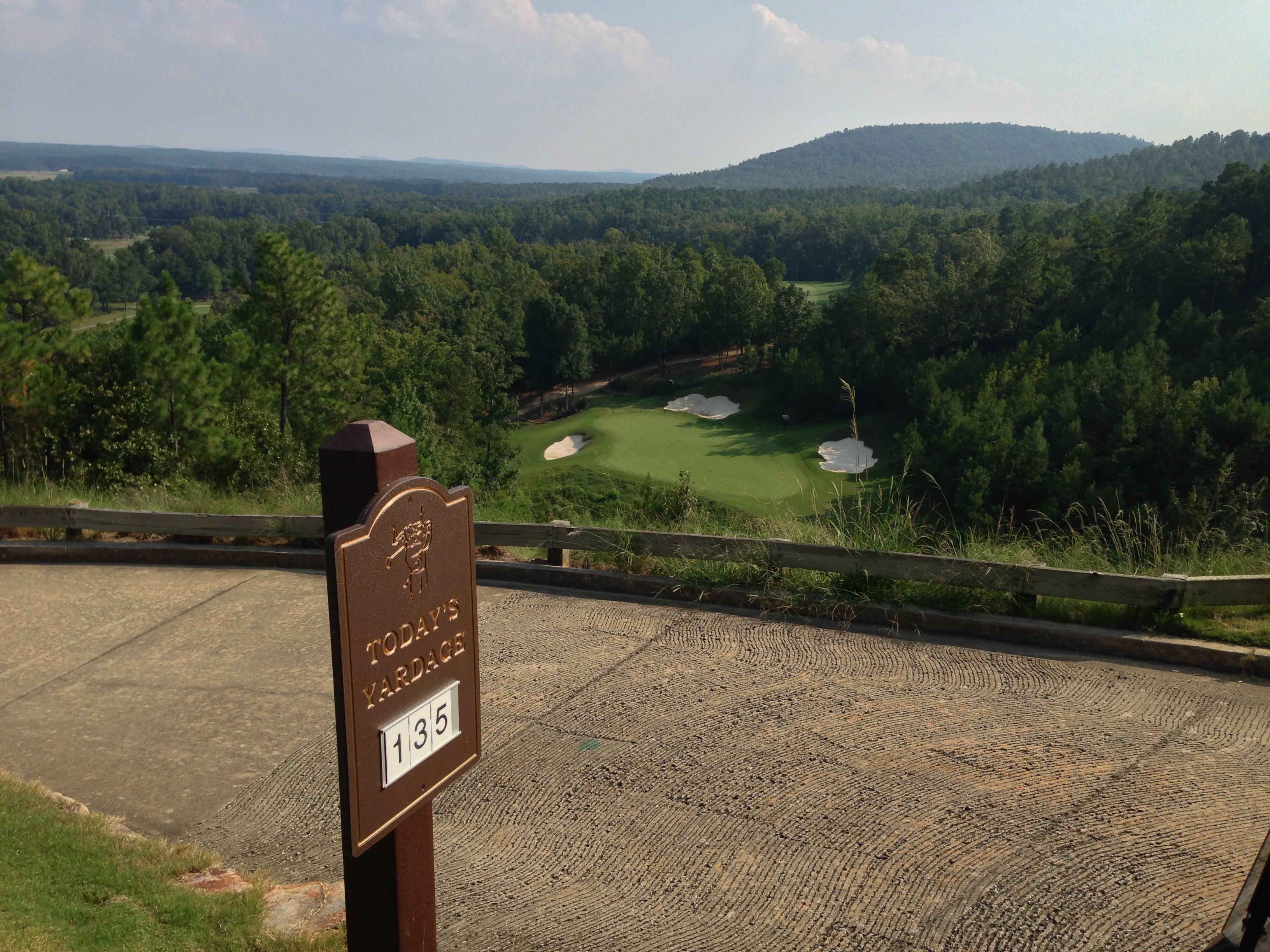 Sylacauga Hotels and Places to Stay

It was supposed to be a big summer for Milwaukee. The NBA’s Bucks were expected to host the NBA finals. The city prepared to host the Democratic National Convention while the world watched. And, the golf world’s Ryder Cup was scheduled for Whistling Straits just an hour north of downtown. The Coronavirus shut down or rescheduled all of the above, keeping a lot of travelers away from the city.

For the uninitiated, the old money in Milwaukee resides along Lake Michigan on the city’s northeast side. Tucked away in a woodsy stretch in that same neighborhood, Lake Park is a golf course so wonderfully small it would fit within the estates of mansions standing just a five iron away. With no hole reaching beyond 80 yards, a capable player can walk all 18 holes with nothing more than a gap wedge and putter. 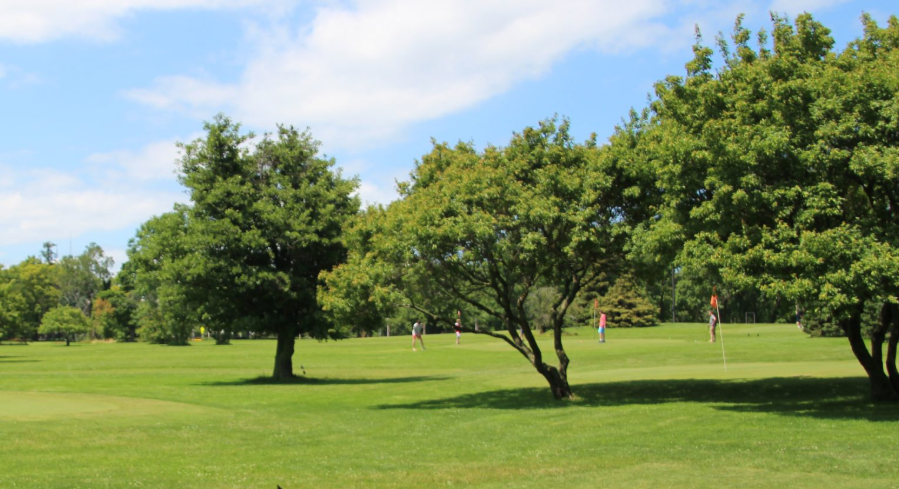 Wauwatosa Hotels and Places to Stay

Let’s go out with a big finish. A very big finish. In fact, the biggest golf finish in the world. While every other golf course on the planet counts its overall distance in yards, Nullarbor Links lays out its dimensions in hundreds of miles. It’s an 18-hole, par 72 experience laid out over 850 of those miles on the Eyre Highway along the southern coast of Australia.

The player tees off on hole one. When he or she sinks that last putt on number one green, it’s time to hop in the car and drive several hours to the next hole through to 18. Of course, the idea is to explore the road attractions in between holes, but once they’re enjoying a Foster’s at the 19th, players can lay claim to playing the longest golf course in the solar system. 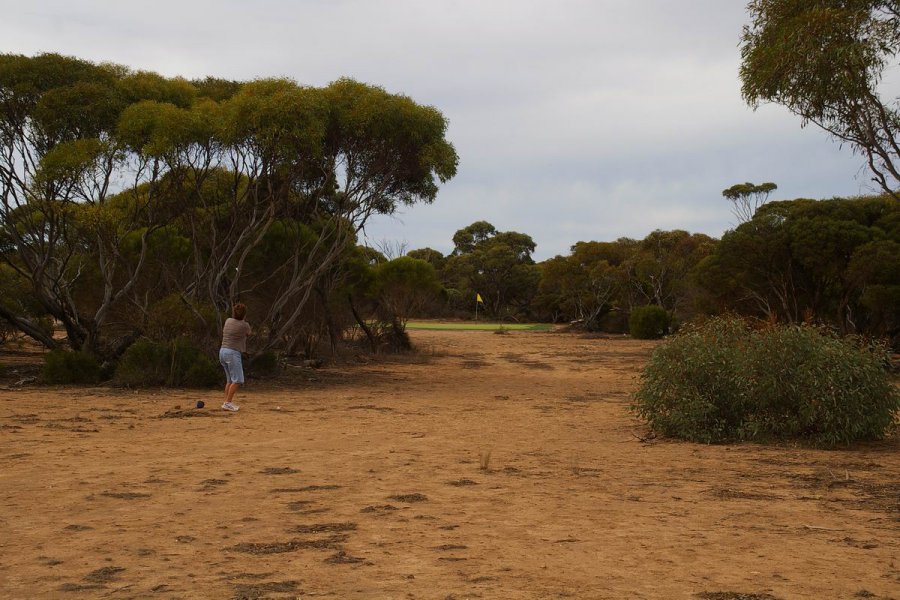 Ceduna Hotels and Places to Stay