This weekend, director Zack Snyder and Warner Bros. released the long-awaited teaser trailer for the Snyder Cut, a director’s cut of Justice League coming to HBO Max in 2021.

What kind of cinematic masochism could inspire people to actively campaign for the re-release of Justice League, a movie that earned a measly 40% on Rotten Tomatoes?

Now, we all have an empty place deep inside ourselves. Some people try to fill it with religion, or love for their children. Some people throw themselves into work or turn to drugs and alcohol. Some people try all of the above, with varying degrees of success.

Then there are those who turn to pop culture fandom. Many nerds find community, escapism and joy from their fandom of choice. I definitely have. (As a teenager, I once drove three hours to see the wizard rock band Harry and the Potters perform at the Greensboro Public Library, so I’m the last person to judge kids for their geeky interests.)

However, there is one group of fans I truly pity — fans of Snyder’s weirdly bleak Justice League, the tentpole picture from the DC Cinematic Universe, such as it is. It’s hard to watch a group of people hurting themselves over and over. Now that the Snyder Cut teaser trailer is live, I have to say something:

The Snyder Cut will not fill that empty space inside of you. It’s not too late to stop caring about this incompetent and joyless franchise. You deserve better, and it’s not your fault.

What Is the Snyder Cut, And Why Do a Small Group of People Care So Much About It?

On Saturday, August 22, director Zack Snyder released the long-awaited teaser trailer for the Snyder Cut, the fabled director’s cut of Justice League. After many long years of campaigning from fans, the movie will finally come to HBO Max in 2021.

Today, a lot of people define themselves by the pop culture they consume. There are anime lovers, K-pop obsessives, Tik-Tok and Youtube star stans, the grown-ups obsessed with young adult books, and comic book nerds. Yet even as we obsess over our fandoms like never before, we’re constantly being let down.

You may have noticed that the fans who loved Game of Thrones the most were those who seemed to hate the finale the most. The harder you identify as a Star Wars fan, the more likely you were to bitterly complain about the latest Star Wars movies online. Harry Potter fans are turning on JK Rowling in droves. Everywhere you look, fandoms are getting mad on the internet.

In the midst of all this bitterness, Snyder fans are clamoring for a new and improved Justice League movie, the promised one they’ve been waiting for all their lives.

It’s only going to hurt them. 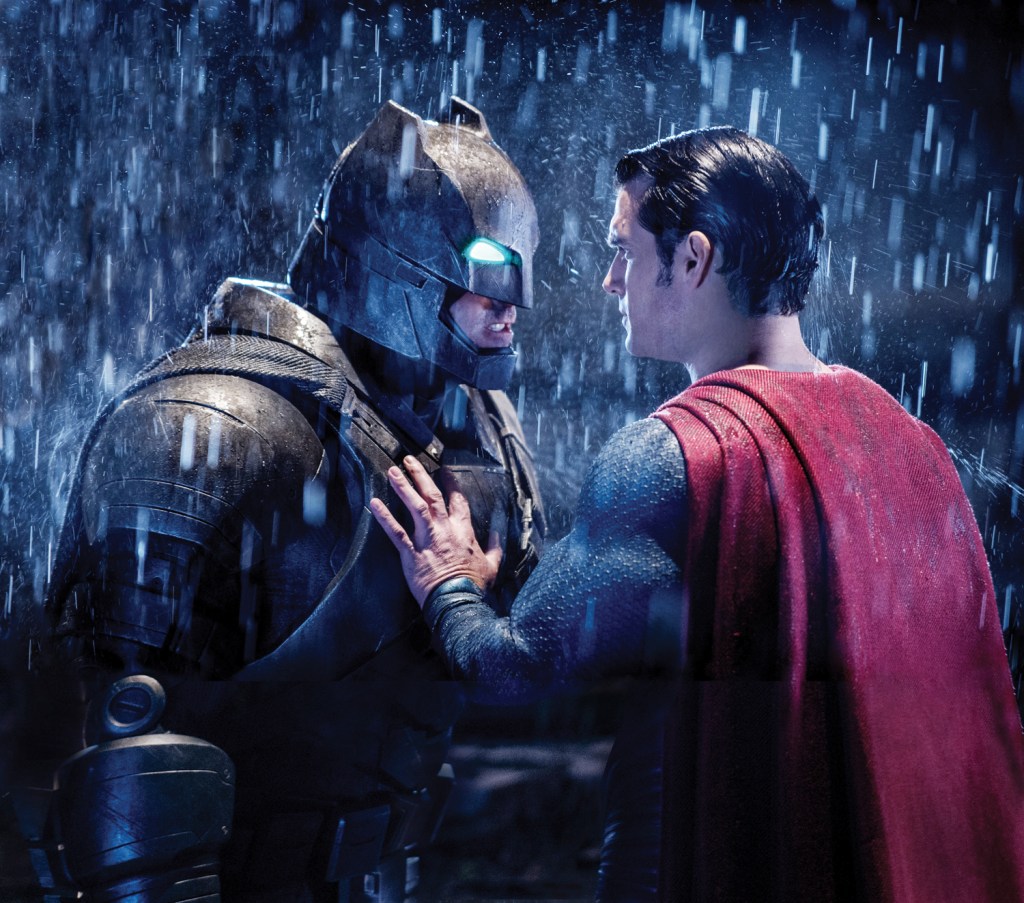 If you’re looking forward to the Snyder Cut, if you’ve ever tweeted the hashtag #ReleaseTheSnyderCut, then I’m begging you to lower your expectations.

Fandom was never meant to form a core and lasting part of your identity. Caring passionately about a work of fiction isn’t a replacement for an enriching life.

I had a blast watching the last Star Wars movie, and I thought the final season of Game of Thrones was a heck of a lot of fun. I was honestly mystified by the angry hordes of fans who all but broke out the pitchforks for these franchises’ sins.

I wonder: Is it possible we’re expecting too much from our entertainment products?

Here’s my secret to enjoying pop culture, your dragon TV shows and space samurai movies: stop expecting so much from them. They’re never going to be good enough to fill you up inside.

Which Brings Us Back to the Justice League Snyder Cut…

As our colleagues at Variety reported in 2017, Snyder suffered a personal tragedy after filming about 4/5 of Justice League. Snyder’s daughter died at the young age of 20, and the director announced that he was stepping away from the project to spend time with his family. In his stead, Warner Bros. brought on popular director Joss Whedon.

Under Whedon, Warner Bros. invested $25 million into extensive reshoots that lasted for about two months. Variety reported at the time that the studio wanted “to ensure that ‘Justice League’ [built] on the creative success of ‘Wonder Woman’ instead of serving up a ‘Suicide Squad’-style disappointment.”

You might think that Snyder would be grateful to a colleague who stepped in to save his passion project, but instead Snyder has been openly critical of Whedon’s efforts. In July, Snyder told fans that he’d rather destroy the movie than use any footage shot by Whedon.

“I’d destroy the movie before I use a single frame that I didn’t photograph. That is a f–king hard fact. I’d blow the f–king thing up.” 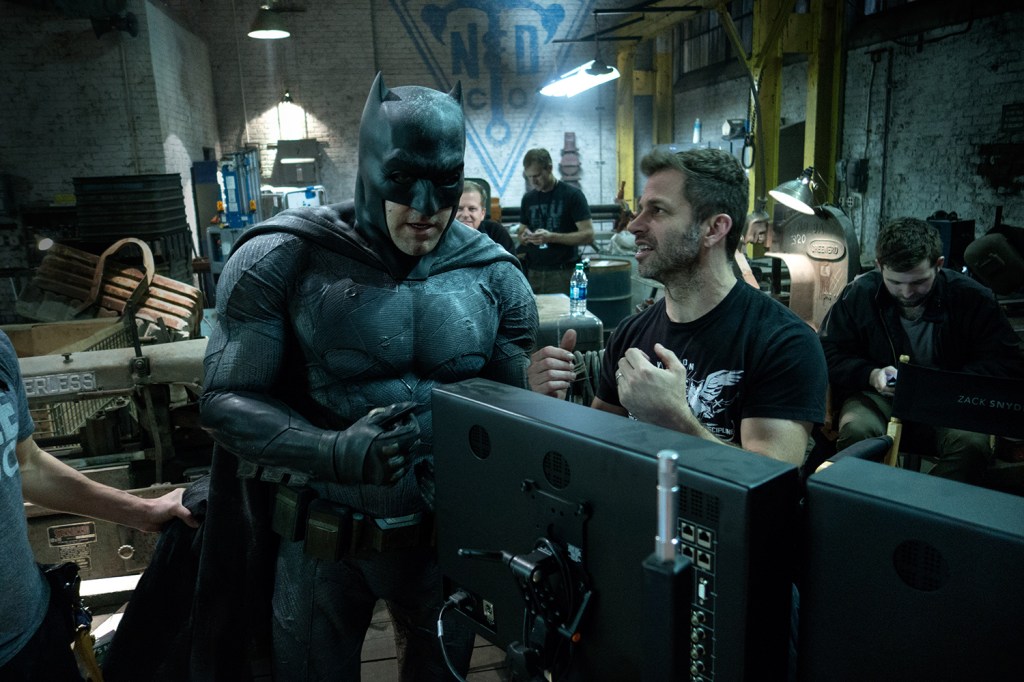 Now, Snyder and his fans are getting their wish. (And you know what they say about wishes, right?) This May, Warner Bros. announced that the official Snyder Cut would be released on HBO Max sometime in 2021.

Be Careful What You Wish For

Legions of fans have petitioned Warner Bros. to release the Synder cut ever since the 2017 release of Justice League, which was panned by critics and underperformed at the box office. Based on DC Comics, Justice League is Warner Bros.’ sloppy answer to Disney’s Avengers, the hugely popular cinematic franchise based on Marvel Comics.

But some fans still believe the Snyder Cut will finally deliver the Justice League movie they’ve always wanted. Snyder himself has been a big cheerleader for the fan campaign. He’s all but called Whedon’s Justice League an abomination.

There’s just one problem. Justice League was a fundamentally bad movie. The entire foundation was rotten. And so when the Snyder Cut is finally released, it will still be a bad movie. 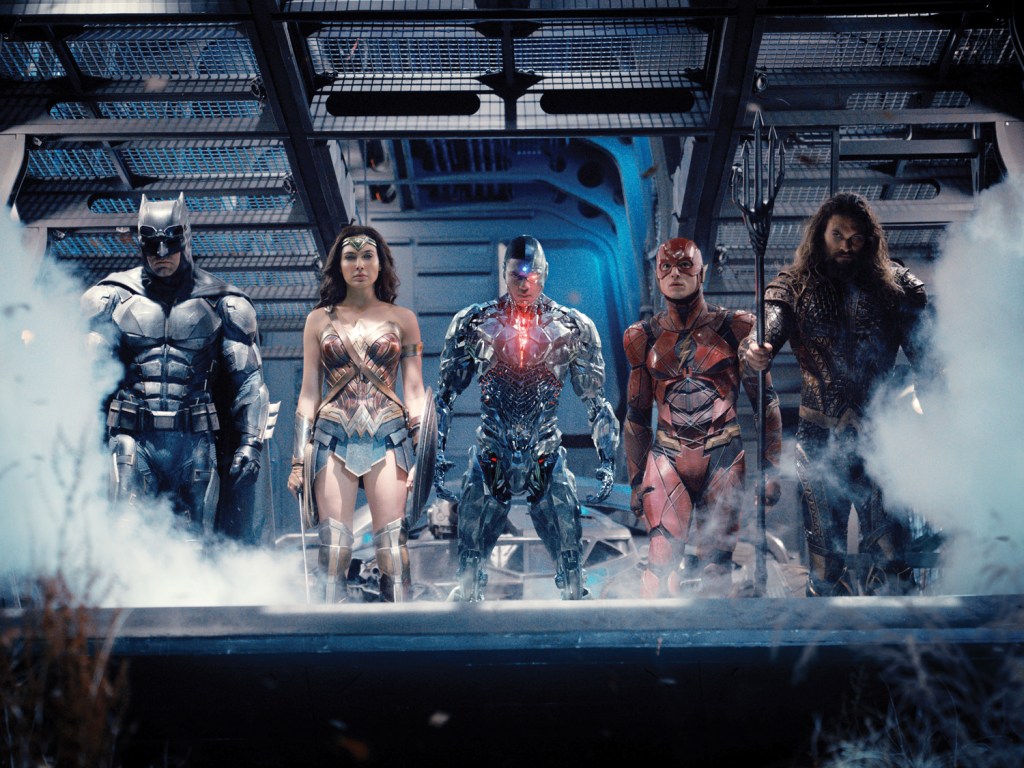 We’ve actually been down this road before. Snyder previously adapted the graphic novel Watchmen into a 2009 movie. Like Justice League, hardcore fans of the comics were largely disappointed. Fans were promised a director’s cut (and then an even longer ultimate director’s cut), which was supposed to contain Snyder’s true creative vision, kept from reaching theaters by Warner Bros. (As if negotiating her artistic vision and the studio’s interference isn’t a huge part of a director’s job in the first place.)

Yes, Warner Bros. did force Snyder to cut Watchmen’s runtime, but there wasn’t a better movie on the cutting room floor. Because while the three-hour Watchmen director’s cut had a couple of fun deleted scenes, that’s all the director’s cut amounted to. A slightly longer version of the same disappointing movie. Batman v Superman also got a three-hour director’s cut, and it wasn’t any better than the original either.

Now, there are reports that the alternate cut of Justice League clocks in at more than three-and-a-half hours. It’s possible that making a bad movie even longer could pay off this time, but Justice League fans would be wise to keep their expectations very, very low. 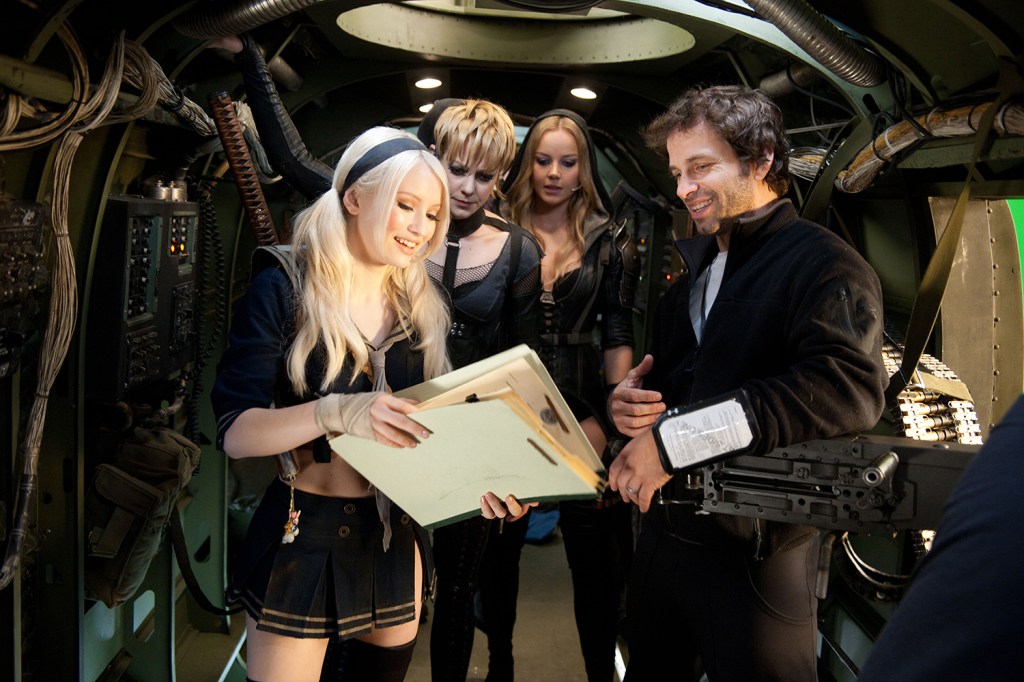 The hard truth is that Snyder doesn’t make good movies, just expensive ones. His filmography is full of joyless blockbuster mediocrities like 300, Batman v Superman and, yes, Justice League.

There are three very good reasons not to get your hopes up about the Snyder Cut.

1. Zack Snyder Is No Joss Whedon

Snyder has a very particular style of filmmaking, and his dark vision of the DC comic universe is needlessly bleak. In fact, his cinematic universe is so bleak fans have started using the term “grimdark” to describe it. Because, god forbid, anyone has a good time watching a Superman movie. 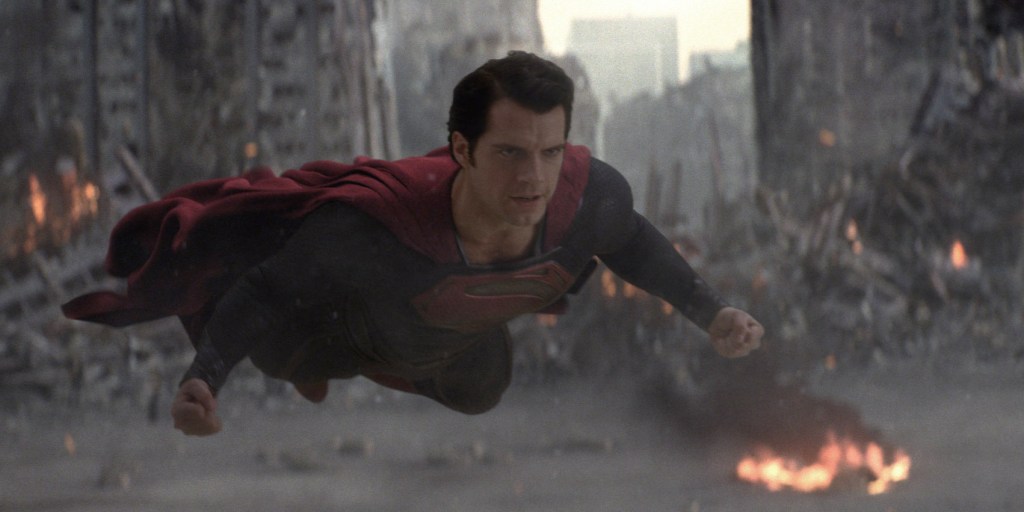 Compare Snyder films like 300 and Sucker Punch to Whedon’s body of work. Whedon’s the genius behind pop culture classics like Buffy the Vampire Slayer and Toy Story (Whedon co-wrote the script, which was nominated for the Academy Award for Best Original Screenplay). Whedon directed Marvel’s Avengers in 2012, but he’s also made cult movies and TV shows like The Cabin in the Woods and Firefly.

Whedon always brings out the best in his cast, and his work is full of enthusiasm and an unironic joy. Snyder’s slow-mo action flicks certainly have a lot of enthusiasm, but they’re completely lacking in joy of any kind.

Take Batman v Superman, the Snyder movie that preceded Justice League. At the time of its 2016 release, Variety wrote that “‘Batman v Superman: Dawn of Justice’ wasn’t just a disappointing superhero movie. It became a meme, the new symbol of everything that could go wrong in a Hollywood comic book movie. It was ponderous and inflated, its logic didn’t parse…and more than that, it oozed the kind of solemnly overripe ‘darkness’ that was meant to signify integrity but was, in truth, laid on with a corporate trowel.”

When Marvel and Whedon released Avengers, they didn’t just make an obscene amount of money. They proved that Marvel had created a brand new genre of film — the shared cinematic universe. They carefully built the Marvel Cinematic Universe over a series of interconnected films that largely stood on their own while also building a larger world.

Warner Bros. tried to replicate that formula by rushing a hastily assembled Justice League to theaters. They wanted to steal their cake and eat it, too.

3. Apparently, Zack Snyder Has Learned Nothing

How will Zack Snyder’s Justice League (2021) differ from Justice League (2017)? Well, for one, the movie’s villain has been given a makeover. Literally. Snyder revealed that he’s added more horns and spikes to the baddie’s super suit. So it’s got that going for it!

And in case you were worried that Snyder wasn’t taking himself seriously enough and might actually make a fun movie that you enjoy watching, the teaser trailer features a super-serious rendition of “Hallelujah” over darkly lit action shots. The trailer is classic Snyder — sexy heroes flashing skin in epic slow motion money shots. It’s eye candy for anyone that loves superhero action, sexy women or shirtless himbos. But that’s all it is.

Here’s Snyder talking to film critics about his fight with Warner Bros. over his movie’s runtime.

“I want to make the best movie I can. I want to put pressure on myself as a filmmaker and say, ‘What’s the coolest movie?’ And if the coolest movie is 3-hours long then that’s the coolest movie. I understand and respect my partners at Warner Bros. I want them to have financial success with the film. You know, when you look at it that way, they invested a lot of money into it, they want it to be good. But on the other hand, I would tell them that I think the very things they think are too long, or too violent, or too sexy are the very reasons to go to the movie.”

By the way, that quote comes from 2008 in reference to the Snyder Cut of Watchmen, not Justice League. Because apparently Snyder has learned nothing in the last 12 years.

I Could Keep Going, But Do I Need To?

If you’re excited to watch the newer, longer, darker version of Justice League, then good for you! I really mean it. It’s just a superhero movie, after all; it’s supposed to bring you some degree of entertainment.

Just don’t expect too much from it, please.

Recently, Snyder scolded a critic on Twitter with this burn: “You said you enjoyed the theatrical cut of Justice League like you enjoy your Saturday morning cartoons… Well this is made for grownups, so you’re not in the demographic.”

But who is the demographic for this movie, exactly? Apparently, it’s the unknown number of Snyder fans who have spent years campaigning for the re-release of Justice League.