Fans of the TV show Friends have a big reason to celebrate this month. Friends Fan Week 2022 is now officially underway with social media contests, trivia battles, Friends Experience locations in New York, Denver, and Toronto, and Friends-inspired merchandise to commemorate the series that first aired and stole the hearts of America nearly three decades ago.

The week-long celebration of friendship, which kicked off on Monday, July 25, leads up to International Friendship Day on July 30 and will include daily contests and product giveaways from both the Friends (@Friends) and Warner Bros. (@WBStyle) social media handles.

Check out some of the many ways to celebrate:

Read More: The One Where Joey Tribiani Breaks the Gender Binary

Looking for cool merch to commemorate the moment? check out the WB’s Friends merchandise site for exclusive T-shirts, mugs and more. Amazon’s also got you covered thanks to an entire page dedicated to Friends Fan Week Amazon page where fans can pick up officially licensed merchandise and have it shipped to their door.Keep scrolling to see a few of our favorite items from the official Friends Fan Week Amazon store below.

Own all 236 episodes of the beloved Friends series with this boxed Blu-Ray or DVD set. This collector set features over 110 hours of content within 21 discs and comes with a 32-page episode guide from the Warner Bros. archives. For Friends Fan Week, this bundle is discounted by 44% for a limited time. 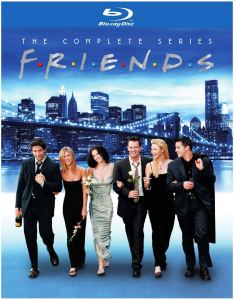 Figure out just how much you know about the Friends series and its cast while playing this epic game of Trivial Pursuit: Friends The TV Series Edition. It features 600 questions based on the show’s most memorable moments and includes everything you need to get started.

Enjoy more than 100 recipes inspired by the show with this officially licnesed cookbook. Cook up appetizers, main courses, drinks and desserts, such as Monica’s Friendsgiving Feast, Rachel’s Trifle, Just for Joey Fries, Chandler’s “Milk You Can Chew,” Phoebe’s Grandmother’s Cookies, and The Moist Maker. 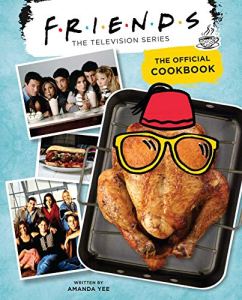 This game of Monopoly merges the best of both worlds, giving fans one of their favorite board games themed with their favorite show. Chock full of nostalgic locations and tokens, players take turns buying, selling, and trading in a chance to win it all. 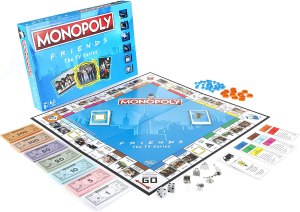 You can now celebrate Friends fan week with your pet thanks to this plush dog toy. This dancing turkey dog toy is soft and cuddly with a squeaker inside to give your pup hours of playtime and fun. 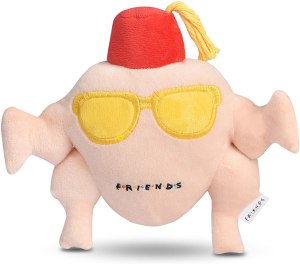 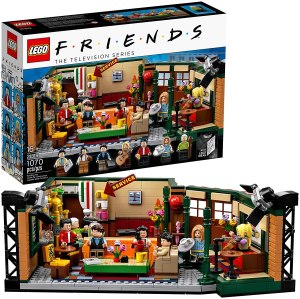