Ah, Zoom. If we had told you in 2019 that the majority of socialization with others would occur by using online video calling service the following year, you probably would have called us crazy. Guess the joke’s on us, huh?

As 2020 continued on and Zoom calls persisted, there became a kind of “now what?” feeling that transcended the video call space. Awkward pauses, lack of life updates and little to no desire to converse to begin with, quickly became three terrorizing 2020 Zoom issues. That is until we discovered some of the best games to play on Zoom.

When it comes to playing games on Zoom, there’s really no need to go above and beyond. You aren’t reinventing the wheel. Games you’d typically play with friends in person tend to work just fine over the interwebs. Yeah, there are a couple of games that particularly work better over Zoom, but there’s really one thing to keep in mind when playing games with pals, family or coworkers via your webcam: if there’s a will, there’s a way.

If you’re still self-isolating to stop the spread of the coronavirus, good job, keep at it. Realistically speaking, there will *hopefully* only be a few more months of this before we’re back at it and socializing with our best pals in public. Nonetheless, if you need to spice things up a little on your next Zoom call, here are the best games to play on Zoom in 2021.

There’s no way you can hate on Scattergories. It’s simply inhumane. You’ve played it in person, but online is even easier. Simply pick a couple of categories such as TV shows, things that can destroy Earth and girl’s names, then create and game and send a link in the Zoom chat for all players to access. You don’t even need to screen share — it’s that simple. 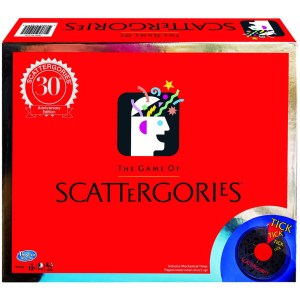 As potentially one of the most entertaining ways to play games online, Jackbox Games has you covered head to toe in a slew of games perfect for virtual parties. Purchase any single one of their parties packs online and you’ll have a blast no matter what your Zoom call party chooses. You play using your phone as a controller, too and can join in using your PS5, Xbox Series X or another gaming console. We suggest their very first party pack which includes Drawful (a game where you draw something and other players have to guess what it is) and Fibbage (a question game where you trick opponents into guessing between wrong and right answers). 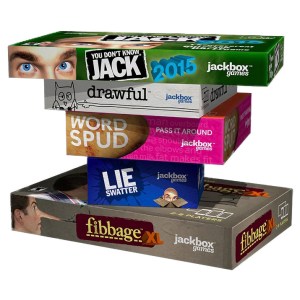 You know it and you love it. How could you not? It’s a classic. Rules are simple, you’re assigned a character and the others simply have to guess which you are by using a number of “yes” or “no” questions. Keep it G-rated with the fam with questions like “is my hair blonde?” or make it rated-R with your pals with questions like “does it look like I binge drink five out of seven nights a week”? to shake it up a little. All in all, it’s a great game to play on Zoom with just about anyone. Who will you be this time? 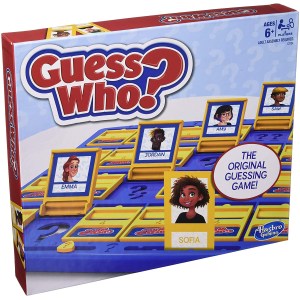 4. Never Have I Ever

Never Have I Ever is a simple yet fun card game you need nothing but fingers to play properly. Simply have everyone put all 10 fingers up then take turns saying different things you have never done. People that have done said action will put a finger down. The first person with all 10 fingers down loses. Need an example? Alright, picture this: Kyle, Jen, Tristan and Rebecca are all playing Never Have I Ever on Zoom. Kyle says, “never have I ever kissed a dude.” Jen and Rebecca both have, he knows that, so Jen and Rebecca both put a finger down, but then so does Tristan. Iconic. Kyle spilled Tristan’s beans all over the Zoom table. It’s a fun game that will help you get to know your best friends a bit better.

Need some question ideas? Snag the Never Have I Ever game below from Amazon for a bit of help. 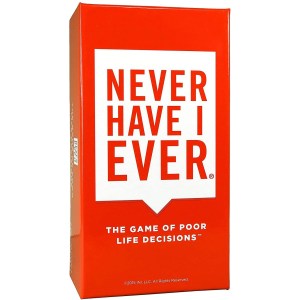 It took the world by storm in late 2020 — and for good reason. Among Us is a game you play on either your smartphone or laptop with a group of a maximum of 10 people. The point of the game is to finish all of the tasks you’re assigned around the space you choose. The trick? One person is the “Imposter” and their sole task is to kill everyone. You win by either finishing all the tasks before the Imposter kills everyone or by catching and voting off the Imposter. You can play this game in a private room with your Zoom pals. We suggest during gameplay that everyone mutes their microphones but when it’s time to chat about who everyone thinks the Imposter is, turn the mics back on and get talking. 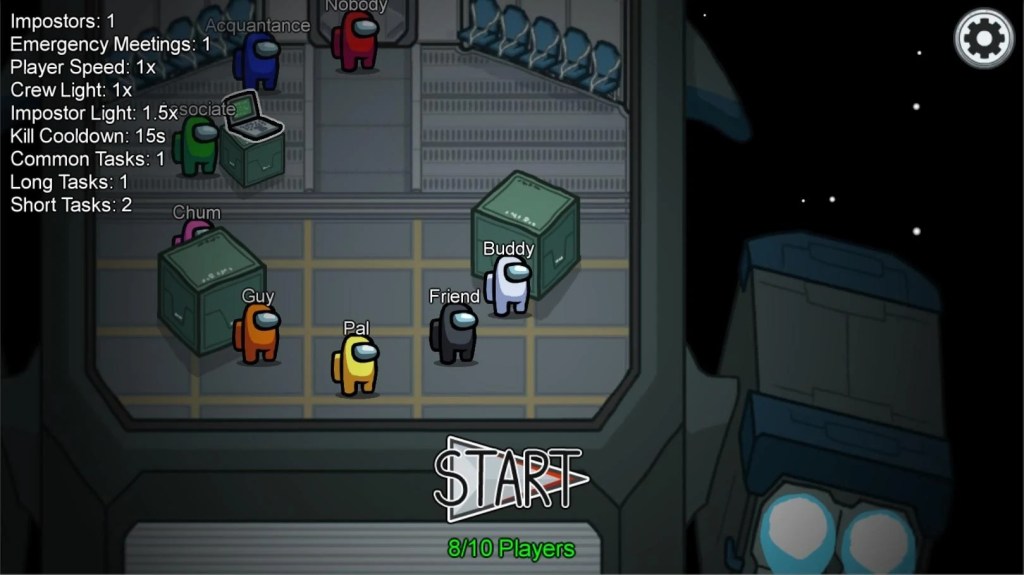 Courtesy of Google Play
Buy: Among Us Play Online for Free
Buy It

It’s no surprise that some people are better artists than others. Discover the Monets of the group and the ones that can barely color in the lines as full-fledged adults by playing Skribbl. Here’s how it works: you enter a private room, choose a word from Skribbl’s provided list and draw what you choose in 80 seconds. As you’re creating your masterpiece, friends in the Zoom chat will write what they think you’re drawing in the chat provided. Time matters, too! If your pal guesses what you’re drawing in a short amount of time, they’ll get more points.

For those much-needed Zoom Happy Hours, Drunken Pirate is the best, free online drinking game for Zoom ever. The game is easy as hell, simply type in all of the player’s names, and begin “flipping” the online cards. The flipper’s name will be highlighted in blue on the left side and will give them a prompt to either do or read aloud. Some cards will make you play minigames, force rules upon players or single-handedly call players out. Just screen share the whole time and get playing. All in all, there really is no winning, the point is to get drunk. 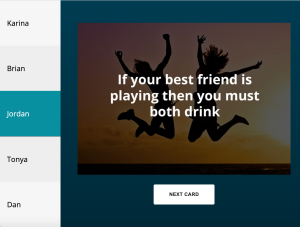 Calling all Boggle lovers worldwide: here’s how to play your favorite word-making game in your next Zoom call. Okay, well, it’s slightly different than Boggle, but here’s how it works: players have a few minutes to find as many words as possible. Whoever has the most points at the end wins, but you have to be careful because, for every incorrect word submitted, Wordscatter will subtract points from your score. 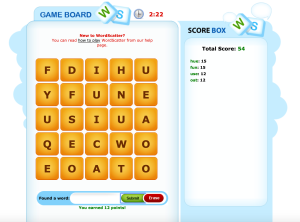 Have a Zoom date coming up? Play a game of TableTopics and get to know your new online boo. The game has a multitude of cards that each contain different questions to start a new conversation. Some examples include questions like “what do you love about your hometown?” and “if you could master one instrument, what would it be?” All in all, TableTopics is a fun, easy game to play with just about anybody you’re trying to get to know via Zoom. 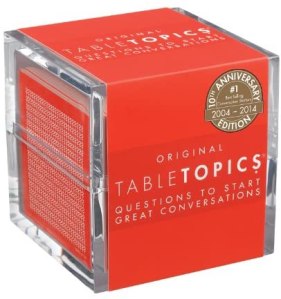 And Bingo was his name-o! Bingo is easier to play online than you might think. Using Bingo Maker, you can create an online, password-protected game with as many pals as you’d like. Simply all go into the same room and play on! You can even access it from any device, so you don’t have to leave your friends’ beautiful faces by clicking on another tab every other second. 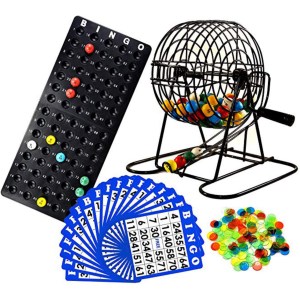 All you need for this one is that big, fat brain of yours. To play two truths and a lie, simply think up two truths and a lie about yourself to tell your friends over Zoom. Your friends will then decide which of the prompts is foolery and if they guess correctly, they get a point. Turn it into a drinking game by making them do a shot if they’re wrong, because what else are we doing in quarantine? 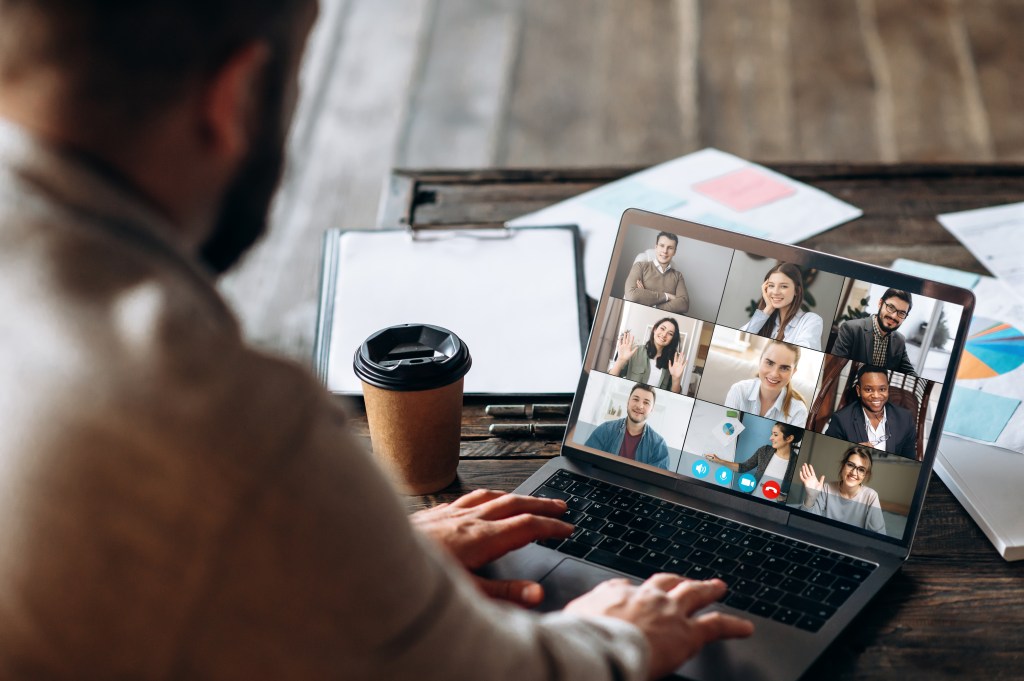 Image Licensed From Adobe
Zoom Happy Hour? These Alcohol Delivery Services Will Make Sure You Don’t Go Without Booze