It’s likely that Halloween is going to look very different this year. Honestly, we could be back in lockdown by then, but even if we’re not, the likelihood of having big Halloween parties and going out to the bars just doesn’t seem like it’s going to be all that possible this year. This means that we’ll be celebrating All Hallows Eve from the comfort our your own homes this year.

Now you might be wondering how to throw a Halloween Party during the lockdown. Well, maybe you’re having a costume party on Zoom, and if that’s the case, we hope you have the perfect Halloween costume with a ghoulishly decorated background to match. But if you’re looking to do something low-key and special for the spooky holiday, we’ve got plenty of ideas, including virtual pumpkin carving sessions to horror movie marathons and ghost hunting.

Below, we’ve put together 18 of the best Halloween party games, beverages, and other celebratory essentials for adults. From murder mystery sets to a pumpkin carving kit, these games and accessories will add a lighthearted element to your virtual party this October 31st. So what are you waiting for? Maybe you won’t win “best dressed” at the Zoom costume contest, but you still have a chance to win Halloween in other ways this year.

If you’re in the mood to conjure up some spirits, then you can turn to this timeless Halloween party game to communicate with the dead. Ouija Boards have been used to talk to those on the other side since the late 1800s, and for less than $20, you too can get a direct line to the afterlife. Just be sure to say “Goodbye” before ending the game, or else you might have someone (or something) staying long after the Halloween celebration is over. 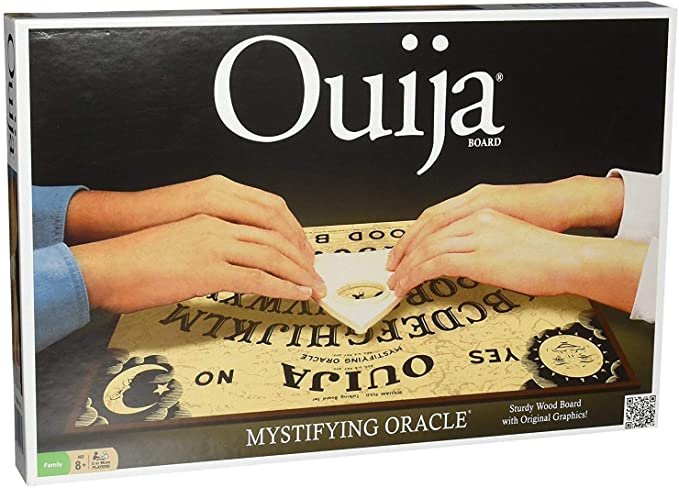 What’s a Halloween celebration without a nice pumpkin spice-flavored beverage. There are tons of pumpkin spice products out there, but this Baileys Irish Cream is the perfect beverage to get the spirits singing. The creamy liqueur can be enjoyed over ice or mixed into a cocktail. Either way, it’s like drinking autumn in a cup, and who doesn’t want that? 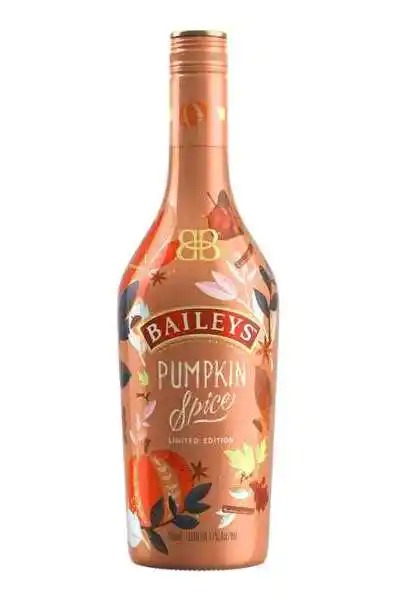 3. Betrayal At House on The Hill

Why is it that every scary movie has a house on the hill? Perhaps it’s time to pay a visit to the iconic mansion. The game allows players to build their dream haunted mansion — tile by tile — as they navigate through its spooky halls. But as the game progresses, one player eventually becomes the traitor and twists arrive at every turn. Who will be the sole survivor? 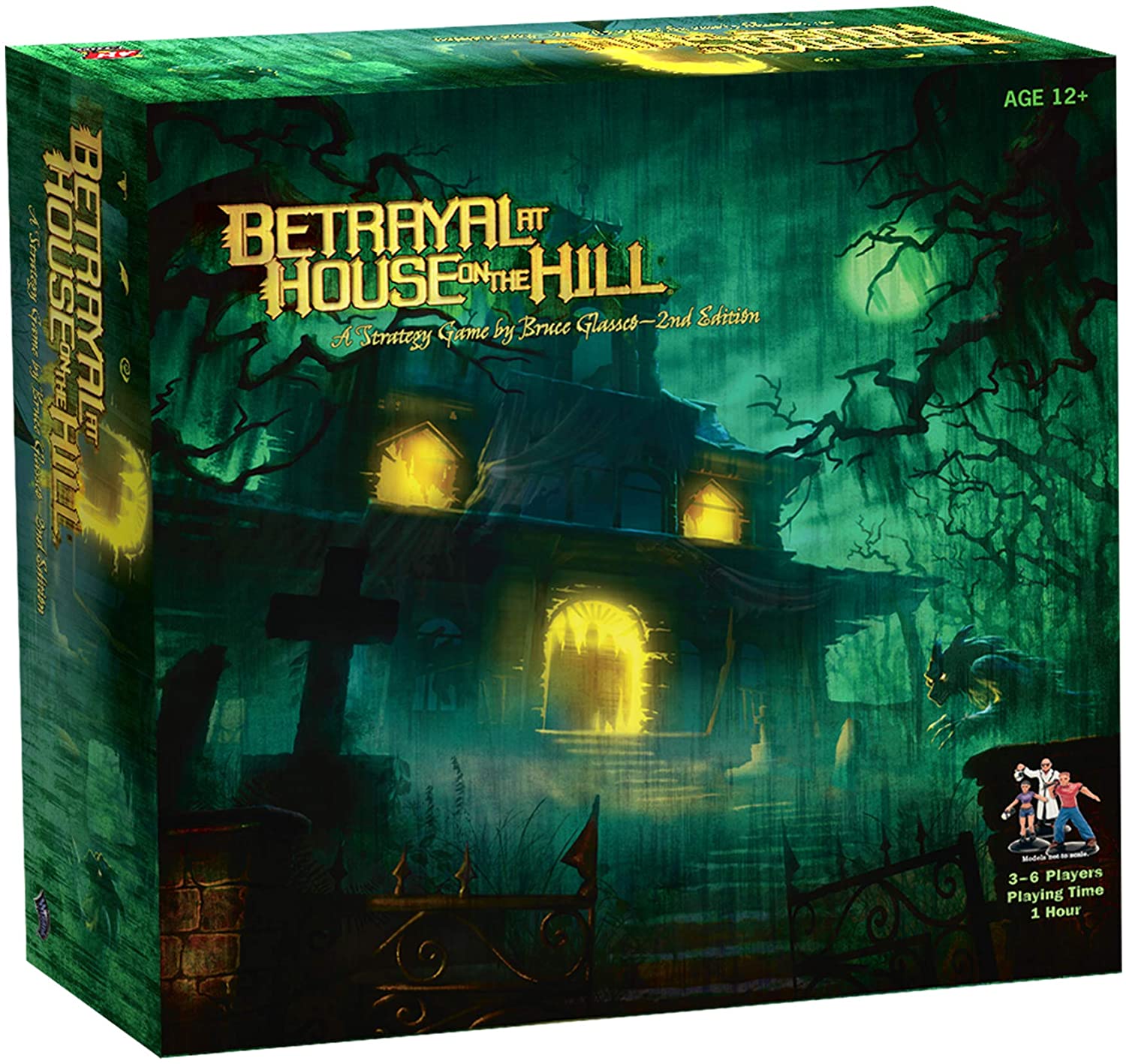 Image courtesy of Amazon
Buy: Betrayal At House on The Hill $63.19
buy it

Here’s an idea: a virtual pumpkin carving party. Whether you’re carving pumpkins with friends via Zoom or with your roommates in-person, you’re going to need a carving kit. Instead of using one of those lousy ones from the grocery store, elevate your carving experience by grabbing yourself this kit from MeiGuiSha. The set comes with ten carving instruments than can be stored in a handsome faux-leather wrap — allowing you to stylishly stash them year after year. 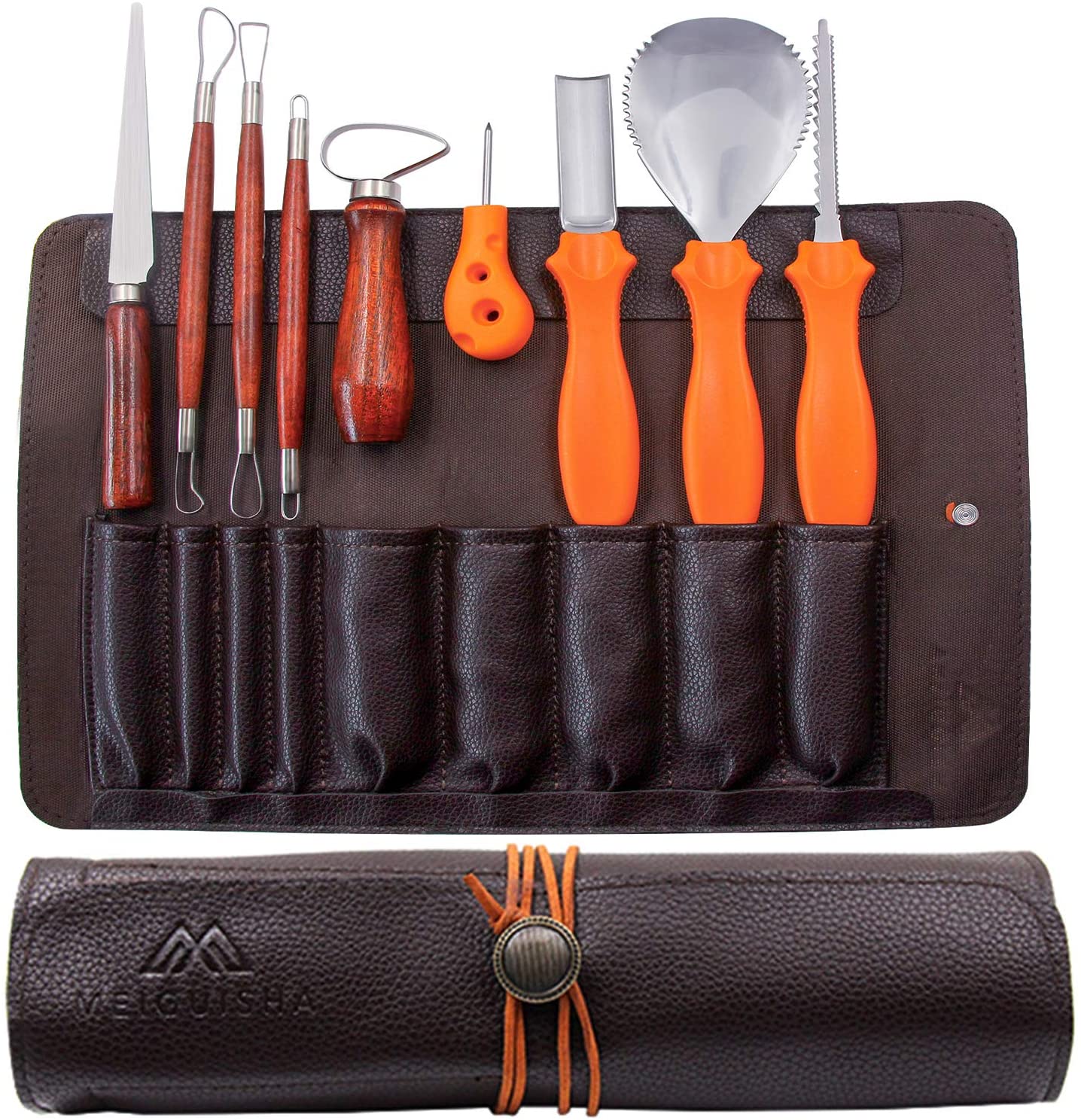 What’s Halloween without a few horror flicks? Shudder is basically the Netflix for horror, and they’ve got tons of great content ranging from classics like The Texas Chainsaw Massacre and Night of the Living Dead to originals like The Host — a movie about a group of friends who hold a spiritual seance over Zoom. It’s the perfect spot to stream and scream. Not to mention, it only costs $4.75. 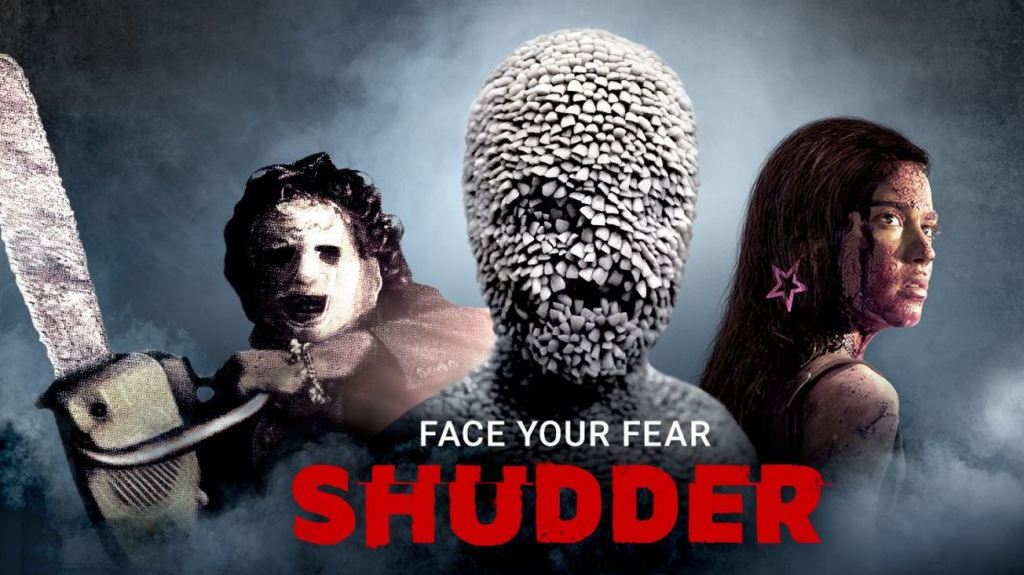 Put on a classy Halloween party for adults by hosting a murder mystery dinner party. The University Games Murder Mystery Party Game includes everything you need to throw a successful mystery for eight people, including character booklets, name tags, clues and a helpful party planning guide. The game is set around a body being discovered at a California vineyard. You and your guests have to find the murderer before he or she strikes again. 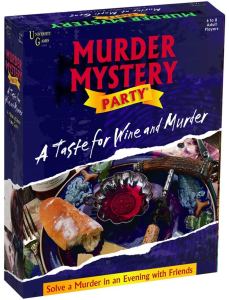 If you’ve got a vinyl record player at home, set the spooky mood by listening to the iconic soundtrack from the 1978 horror classic, Halloween. Everyone recognizes the eerie piano tune from the film as it’s become the unofficial theme of the holiday. Spinning John Carpenter’s score will send shivers down your spine. Plus, the orange and black collector’s vinyl comes in a gorgeous case with crafty artwork to match. 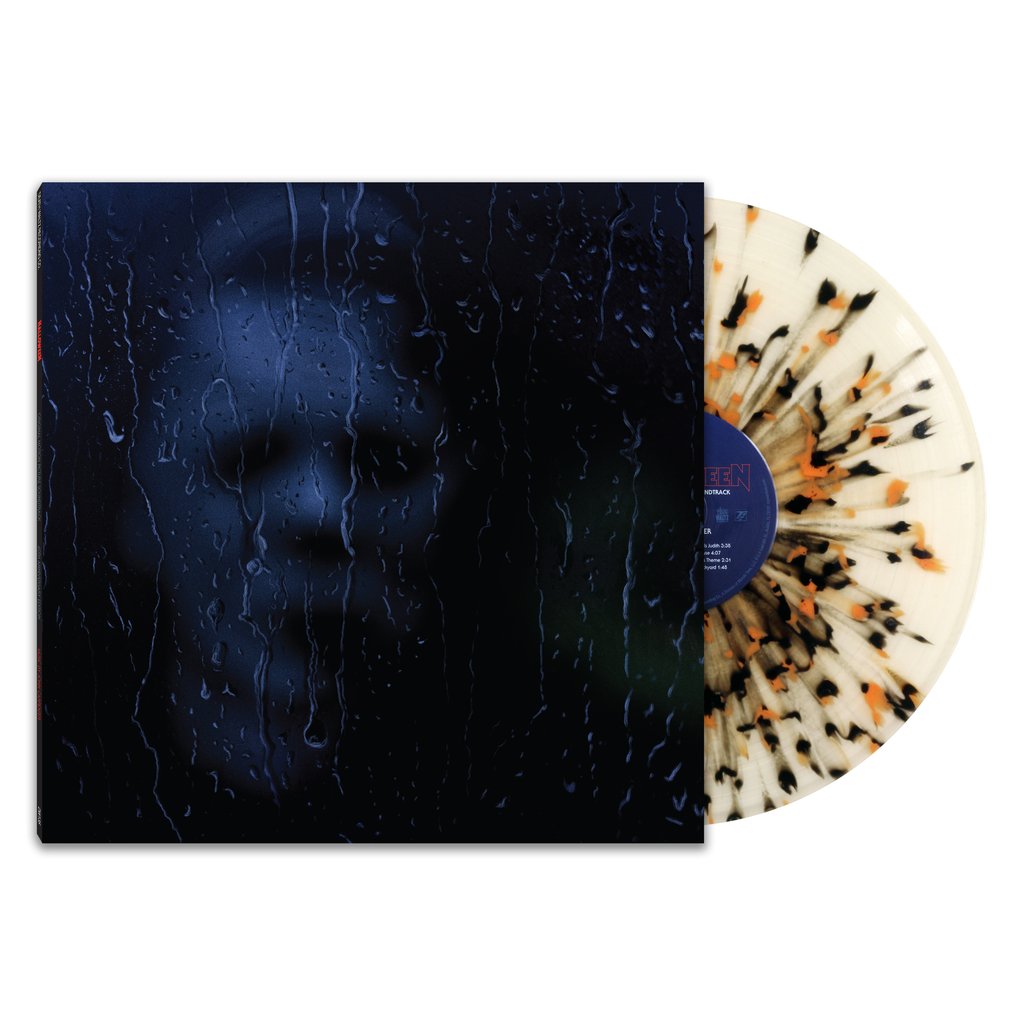 Jaws is the granddaddy of all horror films, and the poster for the 1975 classic is just as iconic. But just to make this sweet touch of nostalgia a little more relevant, the 500 puzzle pieces come stored in a throwback VHS hardshell case, made to emulate videotapes from the Blockbuster video store era. 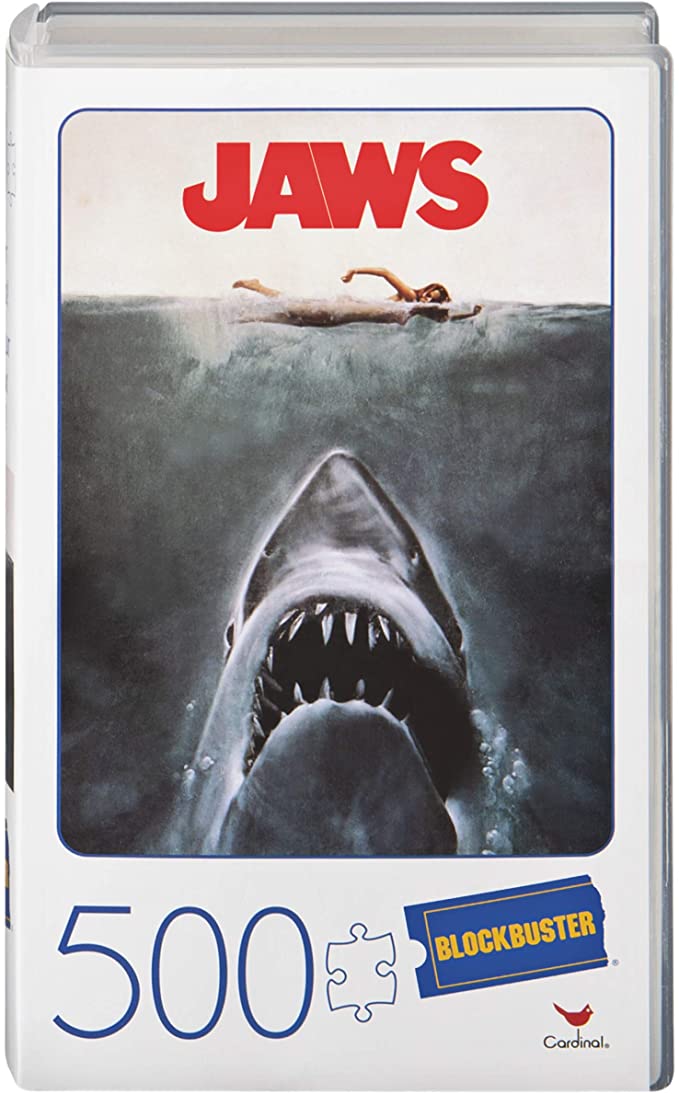 If you think you know who you’re in lockdown with, think again. There might be unseen forces also staying in your space. Halloween is the perfect night to conduct a paranormal investigation. You can search for the spirits living in your home using this KII Electromagnetic Field Radiation (EMF) Meter. The tool essentially works to detect electromagnetic frequencies and body heat that the naked eye can’t see. 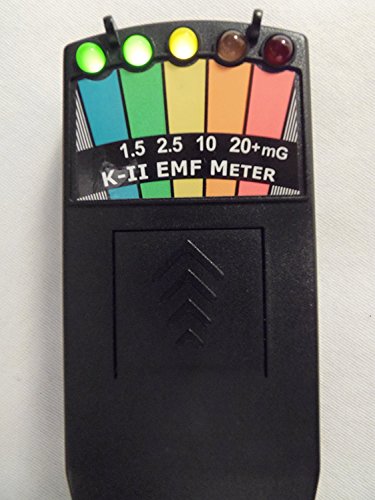 Murder in the Dark is a fun Halloween game that can be played with any deck of cards. To play, you’ll need at least three players, a dark space and a deck of cards with all but one ace, king and jack removed. Deal the cards. The player with the ace becomes the murderer, the player with the king becomes a police officer and the player with the jack becomes the detective. When the lights turn off, the murderer walks around the room tapping people on the shoulder to make them sit down and “die.” When someone comes across one of the bodies, the lights go back on and the detective must determine who the murder is. This is a fun game that can be played over and over again with people of all ages. 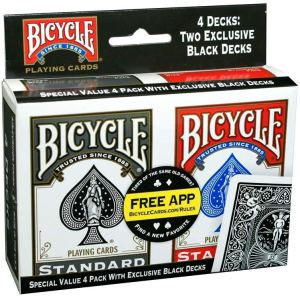 BEST FOR FANS OF SCARY MOVIES

Test your knowledge of scary movies and Halloween pop culture with Endless Games’ Horror Trivia. This game can be played with two players or a large group split into teams. The object of play is to collect weapons to defend yourself against the ultimate evil. Of course, you could also forgo the weapons collection in favor of a good, old-fashioned trivia night instead. Either way, your guests are sure to love testing their knowledge. 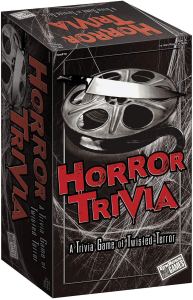 Bring a bit of childhood fun to your adult Halloween party. A spoon race is an ideal way to get everyone up, moving and laughing. This kit includes 12 colorful spoons and 24 bouncy ball eyes. Send some to all of your Zoom guests and race each other holding the spoons in your mouths or hands. This is an especially fun game after your guests have had a few drinks. 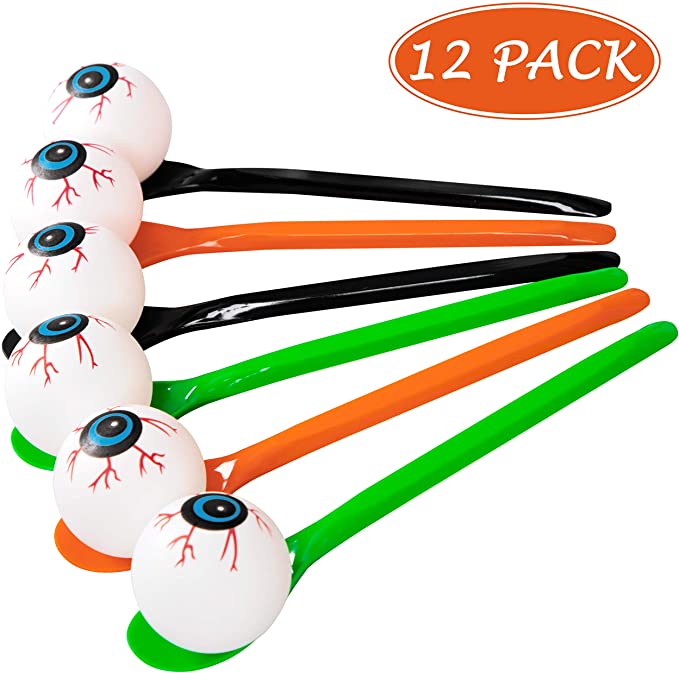 Are there any better party games than charades? We’re not sure, and this set of Anton Publications Halloween Charades ensures all the prompts are appropriately themed for your party. The prompts, which include things like “cemetery,” “Friday the 13th” and “trick or treat,” are all family-friendly. Because of its innocent nature, this game of charades makes a fun addition to Halloween parties for adults, families or children. 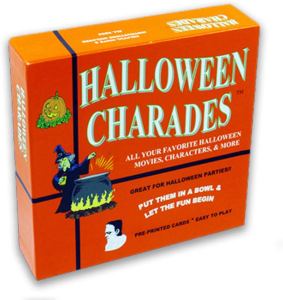 To get everyone a bit tipsy at your Halloween party for adults, break out the Fun Express Wheel of Potion Shots. Fill each hole with a different fall-themed shot and take turns spinning the wheel. Wherever the pointer lands, follow the directions. This wheel could be combined with a different game to slow it down or used on its own to ensure everyone is drinking enough to keep up with the fun. 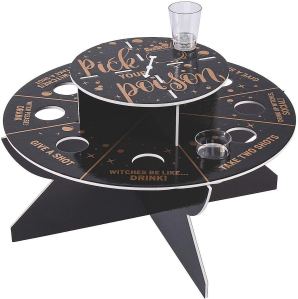 Probably the easiest game you could include in your Halloween festivities is the classic “Guess How Many Pieces of Candy in the Bowl” game. Place this Mars Halloween Candy Variety Mix in a glass bowl and ask each guest to write down their guess. The closest person to the actual number wins all the candy in the bowl or a separate prize. Or you could scatter some candy around the house and keep the kids occupied with a scavenger hunt. Either way, be sure to order some extra candy for you to enjoy. 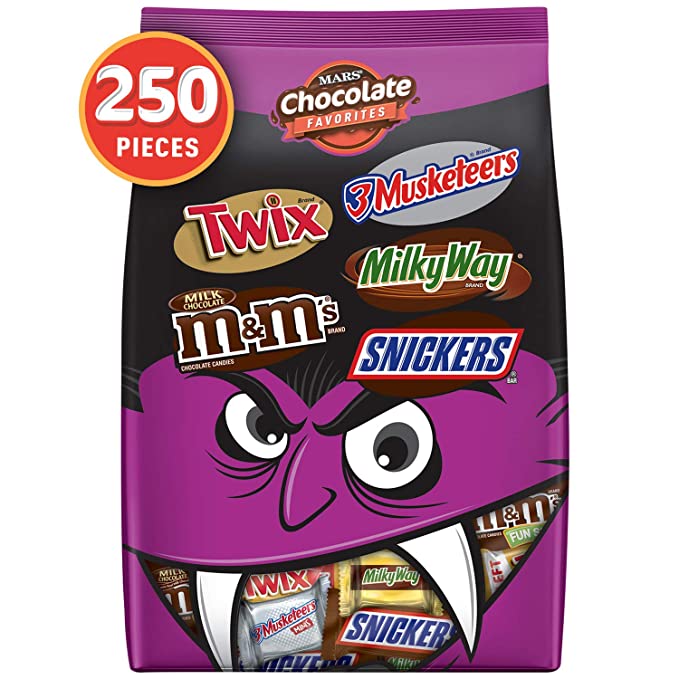 There’s something a bit spooky about having your fortune told, even if you don’t believe in it at all. And even though it’s more of an activity than a game, adding a deck of tarot cards and a guidebook to a table in the corner is a great way to let your guests participate in tarot readings without needing to have dedicated game time during your party. This particular set has a beautiful hardcover book that tells you how to use the included tarot cards and what each combination means. 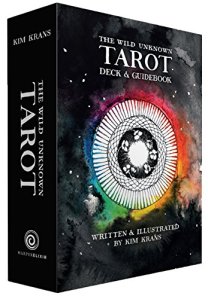 Since you and your friends can’t head to a real Escape Room for your Halloween celebrations, you can have the same experience at home for a fraction of the price with Escape Room in a Box. This werewolf-themed escape room scenario is ideal for Halloween, requiring everyone to work together to solve 19 different puzzles before you all become werewolves. This escape room game can be played with two to eight players, ages 13 and up. Great if you have a few people in your lockdown pad. 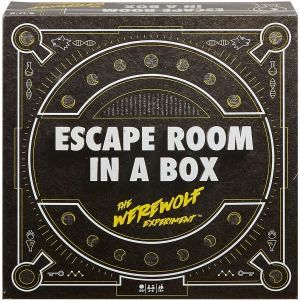 While it’s not strictly designed for Halloween, Pick Your Poison makes an ideal Halloween party game thanks to its poisonous name. In this NSFW party game, players choose which of two scenarios they would rather partake in. Each round means plenty of laughter as you and your friends discuss the possibilities and decide which scenario to choose. This card game would also make a great drinking game with some additional rules. 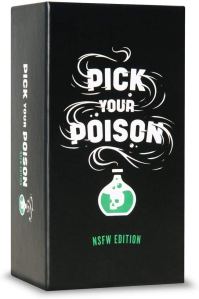 From Weddings to Halloween, These Fog Machines Take Your Party to Thrilling and Chilling Heights