The wait is finally over. Ever since the big-screen adaptation of Frank Herbert’s sci-fi masterpiece, Dune, was announced in 2018, fans have been counting down the days until the $165 million, Budapest-shot film hits theatres. Now, it has officially arrived in theaters and online. If you’re wondering how to watch Dune online, then you’ll need an HBO Max subscription to start streaming immediately, and we’ve got all the detaills you need below.

For those who need a refresher, the Dune novel originated in 1965 and is now considered one of the best-selling science fiction tomes in history. It takes place on the fictional planet of Dune in the year 10,191. An entire universe of characters, planets, and complex beings make up the action-packed story, which is said to be the inspiration of many current sci-fi faves, including Star Wars.

When you’re talking about a world that extensive and imaginative, it’s hard to capture it all in only one film. Sure enough, director Denis Villeneuve has revealed the big plan is to do a trilogy: Dune Part 1 and Dune Part 2, which are based on the original novel, and a third follow-up that will tackle the events of the second novel, The Messiah of Dune.

“I always saw that there could be a trilogy; after that, we’ll see,” the director told CBC Radio Canada. “It’s years of work; I can’t think of going further than that.”

For now, Warner Bros. Pictures hasn’t officially confirmed a sequel; however, given the film’s current buzz, it’s probably only a matter of time. The film was initially scheduled to drop in November 2020 but was pushed back because of the pandemic. Naturally, the buzz has only intensified in the subsequent months.

Speaking of, keep on scrolling to find out where to watch Dune online after its official October 21 debut on HBO Max.

How to Watch Dune Online

Dune was officially released online and in theaters on Thursday, October 21. For HBO Max subscribers, the movie was officially available for streaming beginning at 6 p.m. EST. Warner Bros. Pictures planned to drop the movie in theatres and on HBO Max simultaneously on that date, and fans have been counting down the days. That means if you want to stream the sci-fi offering from the comfort of your own couch, you can, but you’ll need to sign up for HBO Max’s ad-free subscription plan.

If you plan on watching the movie at home, don’t wait. It will only be available for one month following its release, so be sure to catch it before it departs on November 22.

Check out the action-packed trailer for Dune below.

Can You Watch Dune Online For Free?

Unfortunately, no. HBO Max eliminated its seven-day free trial in the US following the release of Wonder Woman 1984. However, you can still snag a free subscription if you buy into Cricket Wireless’ unlimited monthly plan.

However, it’s worth noting that the subscription service is currently offering a sweet 50% off deal following its exit from Amazon Prime Video Channels. If you plan on viewing Dune at home, now is as good a time as any to take advantage of.

When Will Dune Debut In Movie Theatres?

Dune drops in movie theatres the same day that HBO Max starts streaming it. If you want to catch all of the big-budget, sci-fi action the way Denis Villeneuve intends for you to see it, you may want to consider skipping the at-home experience and heading straight to the theatre for a showing instead. Want the extra viewing experience? The movie is also available in IMAX cinemas.

To catch Dune in theatres, head to Fandango or your local movie theatre to pre-order tickets.

Dune is directed by French-Canadian director Denis Villeneuve, the Oscar-nominated mastermind behind Blade Runner 2049, Arrival and Sicario. Villeneuve and scribes Jon Spaihts and Eric Roth co-wrote the screenplay, which is based on the groundbreaking novel by Frank Herbert. Meanwhile, notable film score composer Hans Zimmer heads up the music.

This past summer Warner Bros. upped the anticipation factor with a hot and fresh trailer featuring even more Dune goodness and tidbits. Like the first preview, it hints at what’s to come while leaving us wanting more.

Where to Buy Dune Merchandise

Thanks to the popularity of the books, Dune merch has been around for a while now. But ever since the film’s announcement, more and more vendors are hitting the shelves with unique products and personalized swag to celebrate their love of Atreides and beyond. In 2019 Funcom struck an exclusive partnership deal with Legendary Entertainment to develop games based on the franchise, and the following year McFarlane Toys created figurines inspired by the story.

From Funko Pops to engraved offerings to various t-shirts and beyond, there’s an array of ways for fans to show their love for the film. Plus, with two more planned installments reportedly to come, we’d bet that even more purchasable Dune goodness is coming our way in the very near future.

For now, here are a few goodies you can get your hands on, including the book trilogy that sparked it all. 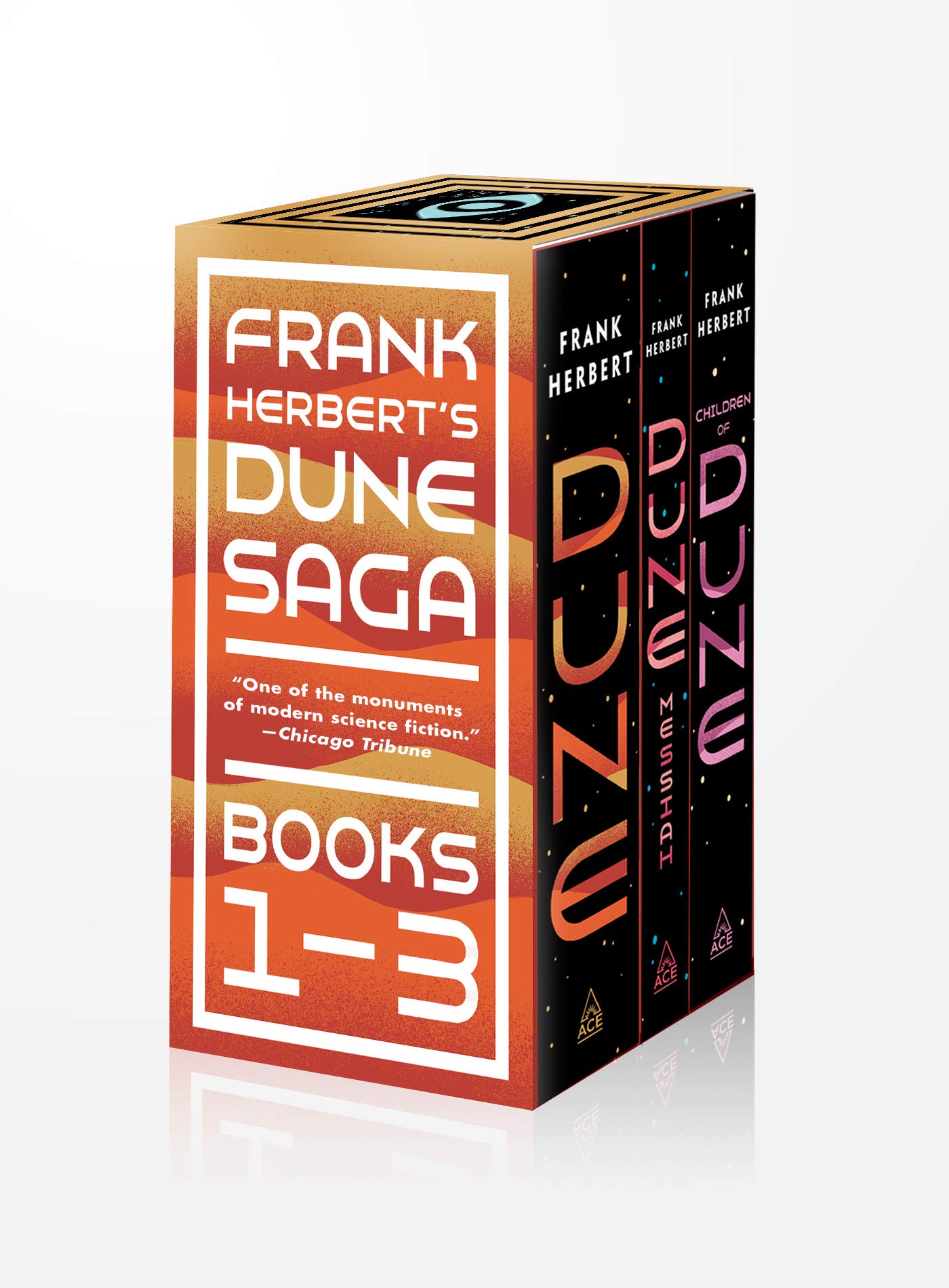 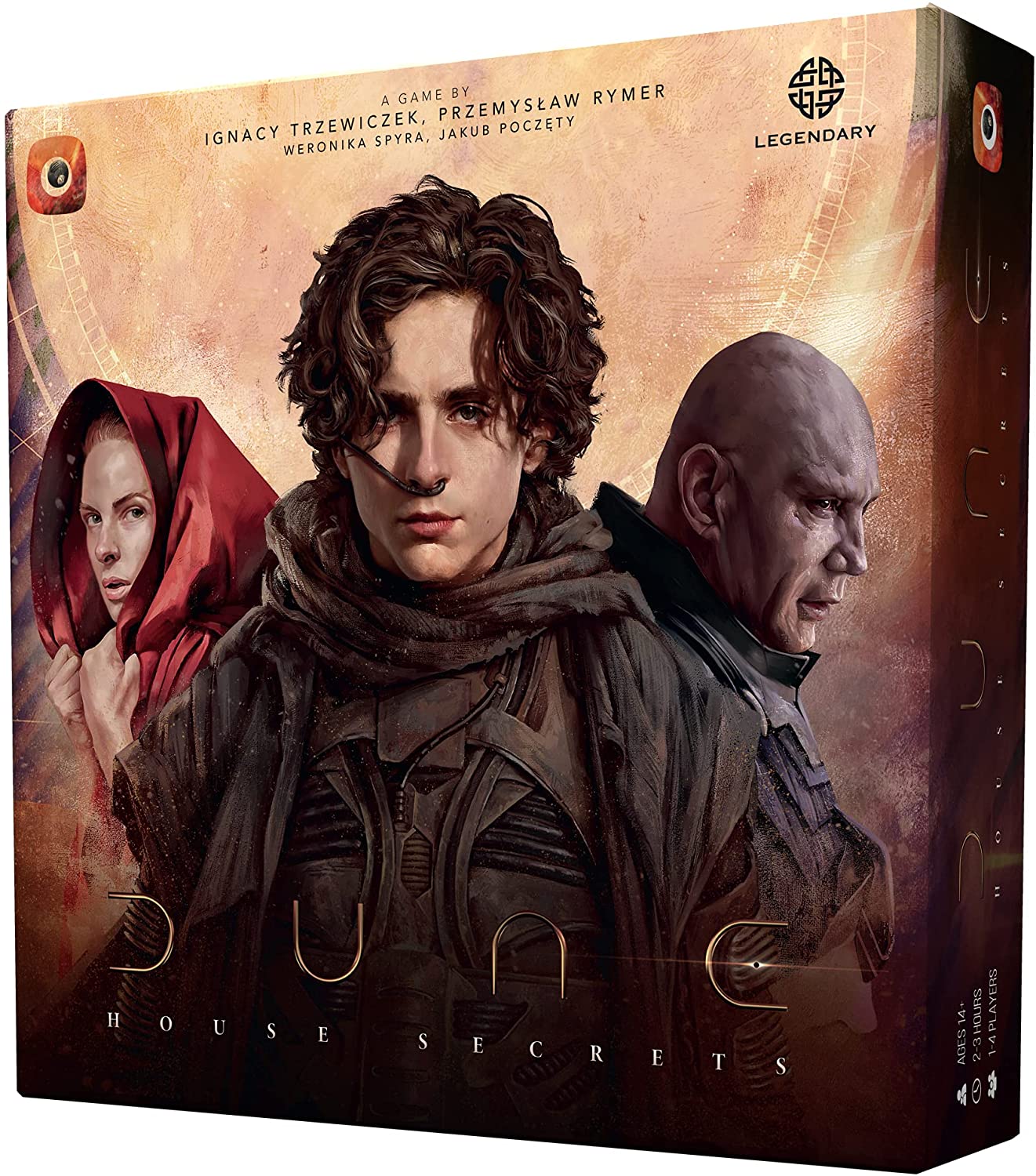 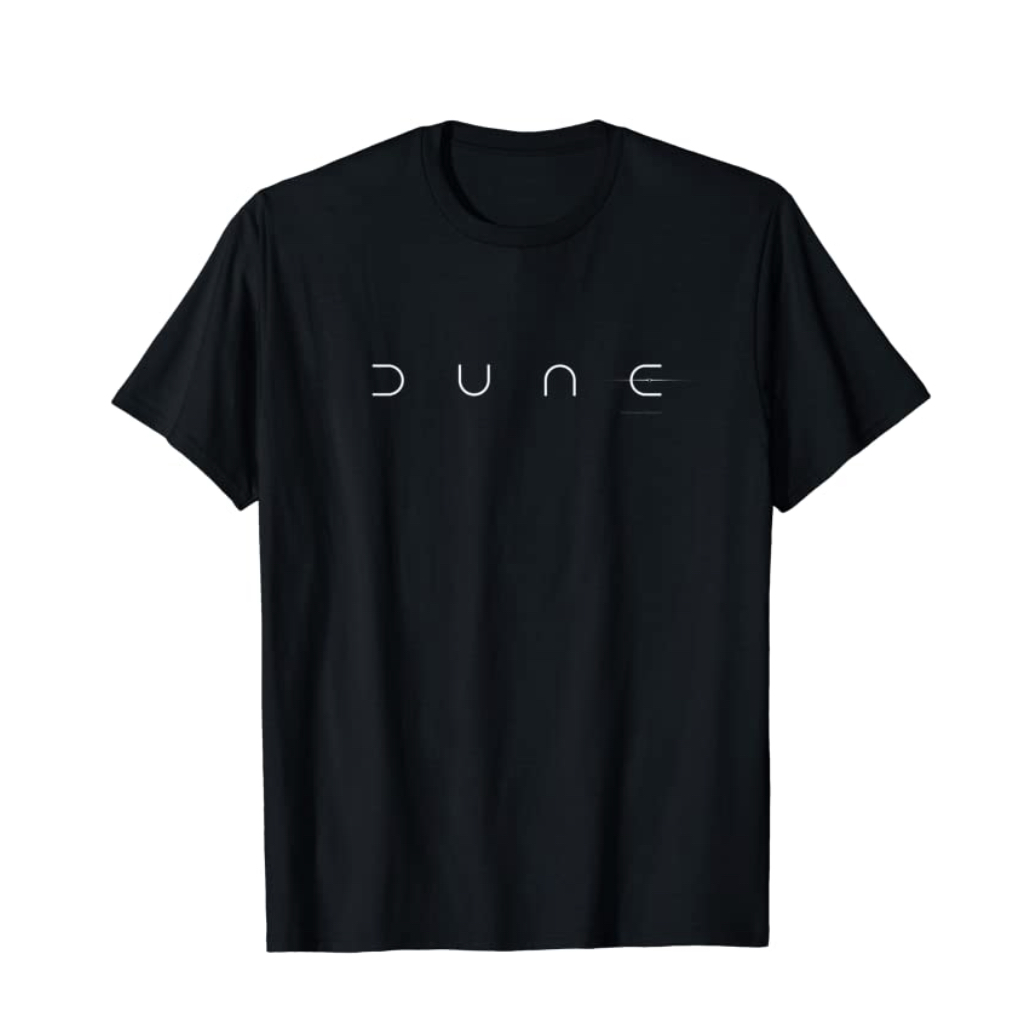 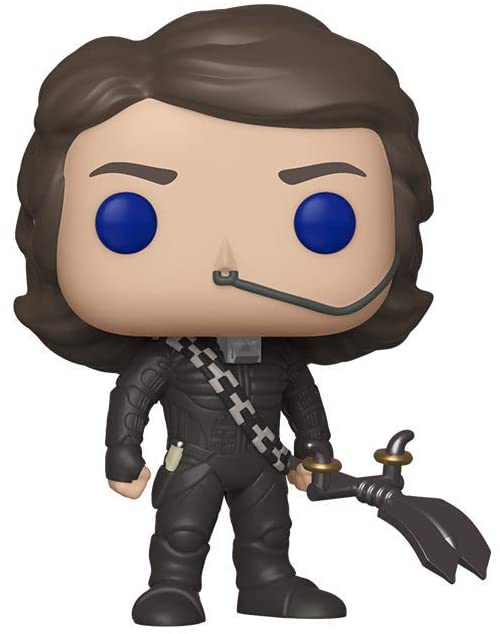 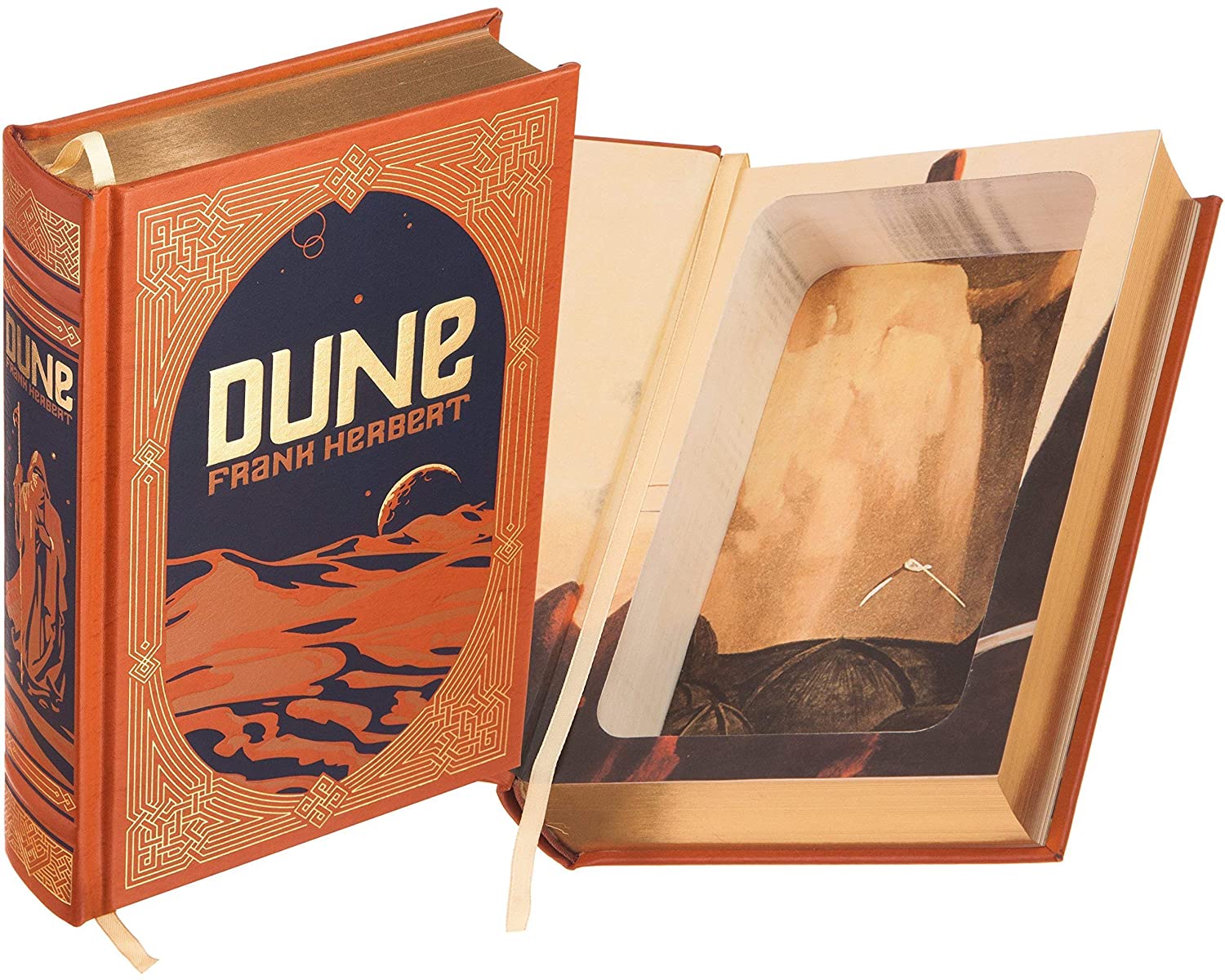 MAP OF ARRAKIS Engraved Cutting Board 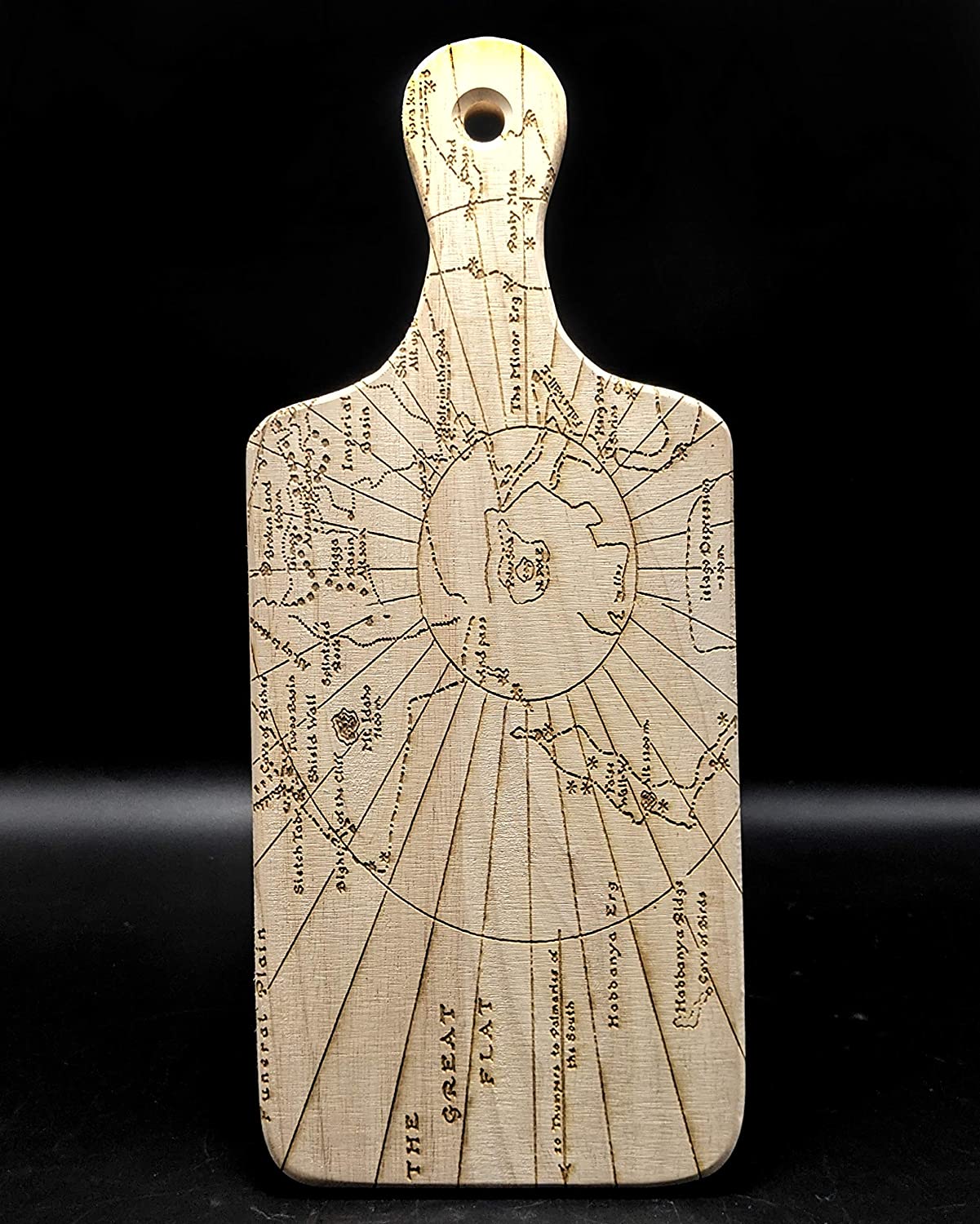 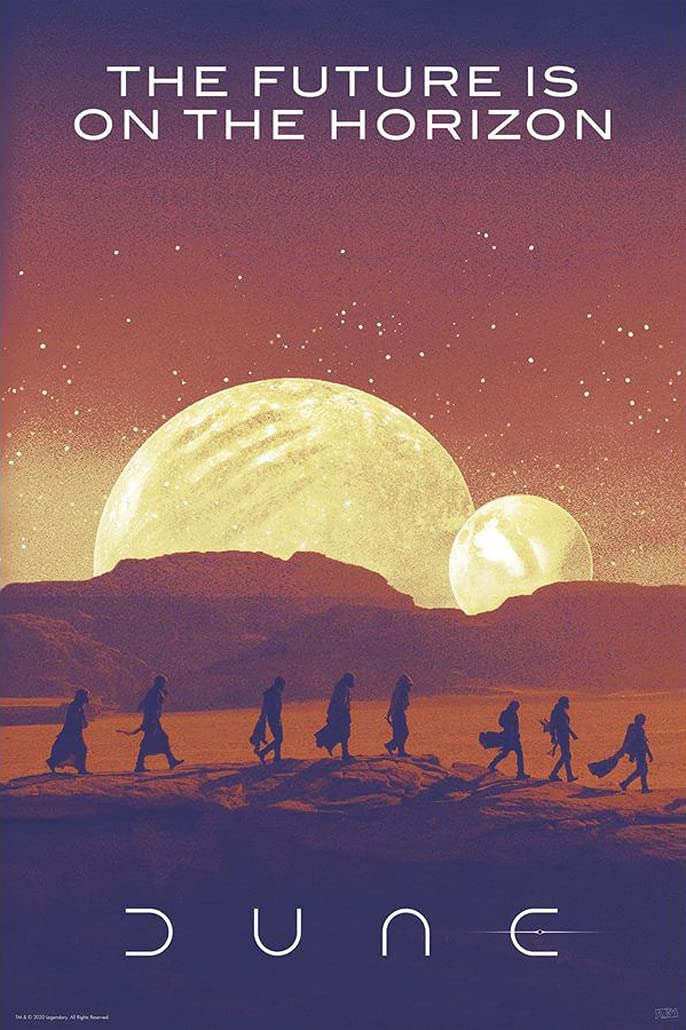 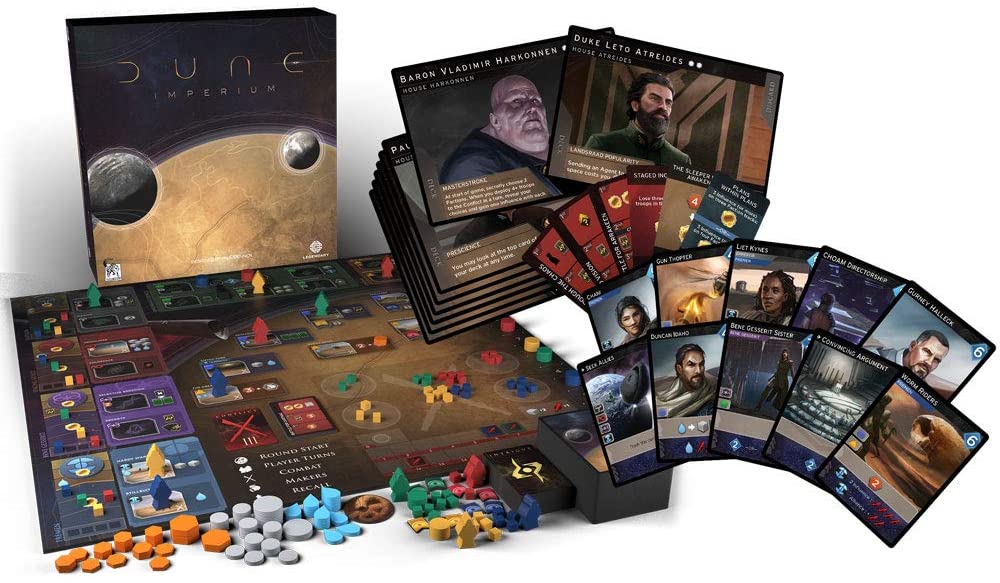 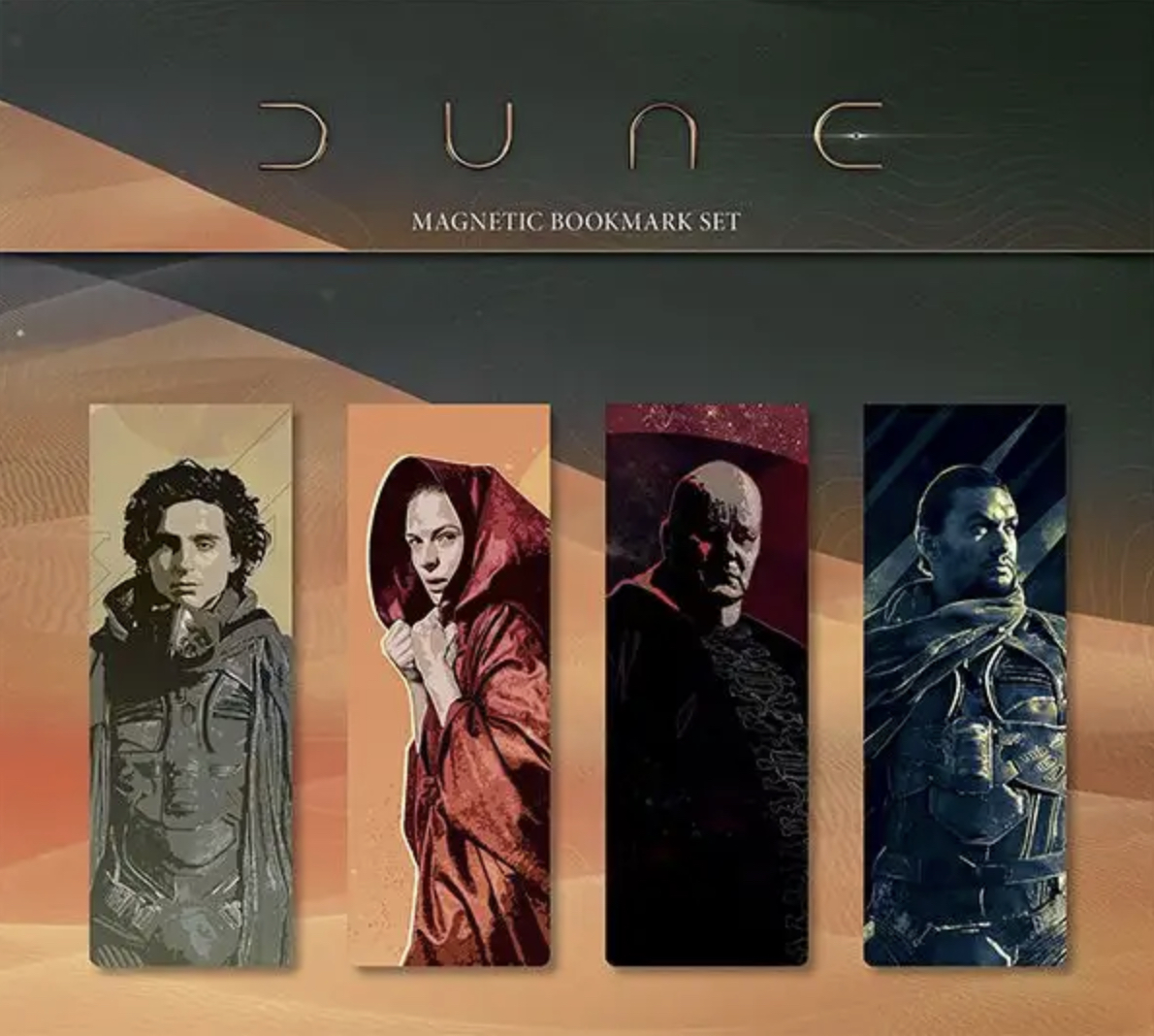 Stream It: Everything New on HBO Max This October (Plus Everything That’s Leaving)