Welp, it’s really happening. Floyd Mayweather and Logan Paul are stepping into the ring for an exhibition boxing match of epic proportions. The fight, which will happen at Hard Rock Stadium in Miami Gardens, Florida, has held the attention of many since its announcement on December 6, 2020, given the interesting mismatch between the two boxers and their size and skill levels.

If you’re wondering where you can watch Mayweather and Paul engage in this epic brawl, and how this whole spectacle came to be, we’ve got all the details for you below.

The Floyd Mayweather vs. Logan Paul fight will take place on Sunday, June 6, 2021, at the Hard Rock Stadium in Miami Gardens, Florida.

How To Watch Floyd Mayweather and Logan Paul Fight In The US?

US viewers can live stream the Floyd Mayweather and Logan Paul fight via Showtime Pay-Per-View for $49.99.

How To Watch Floyd Mayweather and Logan Paul Fight Across The Rest Of The World?

In the UK, the fight can be watched on Sky Sports Box Office. The exact price of the fight is immediately unknown. However, boxing events typically cost between £19.99 and £24.99 on the site. The rest of the world can find the match at Fanmio for $49.99.

What Time Does The Floyd Mayweather and Logan Paul Fight Begin?

The event will begin at 8 pm ET / 5 pm PT. However, it is estimated that the match between Mayweather and Paul will begin at approximately Midnight ET / 9 pm PT.

So, Why is Floyd Mayweather Fighting Logan Paul?

The answer to this great question comes down to one thing: money. Both Mayweather and Paul are sure to walk away from this richer despite spending less than 25 minutes in the ring. They’re both controversial personalities who are sure to bring sizable audiences to the event — Paul with his millions of YouTube fans and Mayweather being one of the best-selling boxers of his generation.

Both Mayweather and Paul are great entertainers, and both have been drumming up plenty of buzz around the event. Last month, during the pre-fight news conference in Miami Gardens Jake Paul, Logan Paul’s younger brother who also happens to box, stole Mayweather’s hat and ran away. Mayweather’s bodyguard apparently punched him out to get it back, and Paul got a “got your hat” tattoo in retaliation.

“Floyd came out of retirement, just to get re-retired. I’m about to beat the greatest fighter of all time,” said Logan Paul in ESPN. In regard to the hat incident, Mayweather retorted with “It’s one thing to sell a fight, and people can say what they want, but one thing no one is going to do is disrespect me,” Mayweather said.

Many are touting this fight as an attempt to garner more viewers for regular boxing matches in general, whose viewership has been waning in recent years. Former NFL player Chad Johnson will also be entering the ring on Sunday as part of the PPV event, and explained why he’s taking part.

“I’m a boxing fan. We’re not getting the fights we want to see for whatever reason. It’s disappointing. But exhibitions like this are very exciting because it gives you two big names here to entertain.”

While some purist boxing fans are definitely scoffing at this event, it’s a surefire way to bring in revenue to a sport that needs more viewers. Time will tell whether people stick around to watch two actual boxers duke it out in the ring, but for now we’re excited to see Mayweather teach Paul a lesson with his 50-0 legacy as a pro.

The fight sees retired boxing legend Floyd “Money” Mayweather return to the ring for the first time in nearly four years. YouTuber-turned-boxer Logan Paul’s one and only match was in November 2019. Mayweather, age 44, boasts a 50-0 perfect record, while Paul, 26, is 0-1 in his professional career. 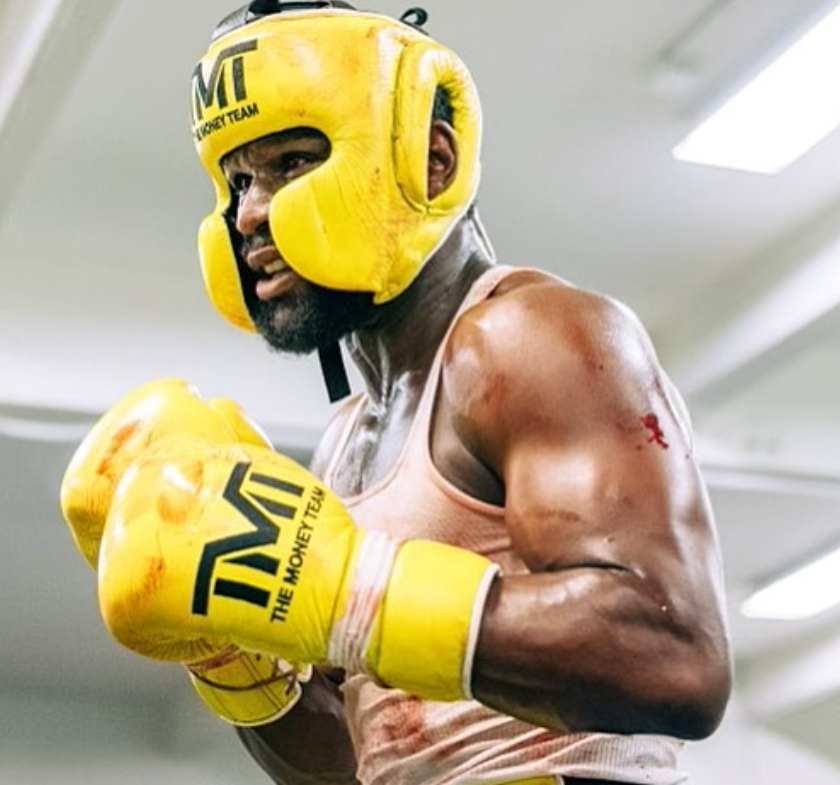 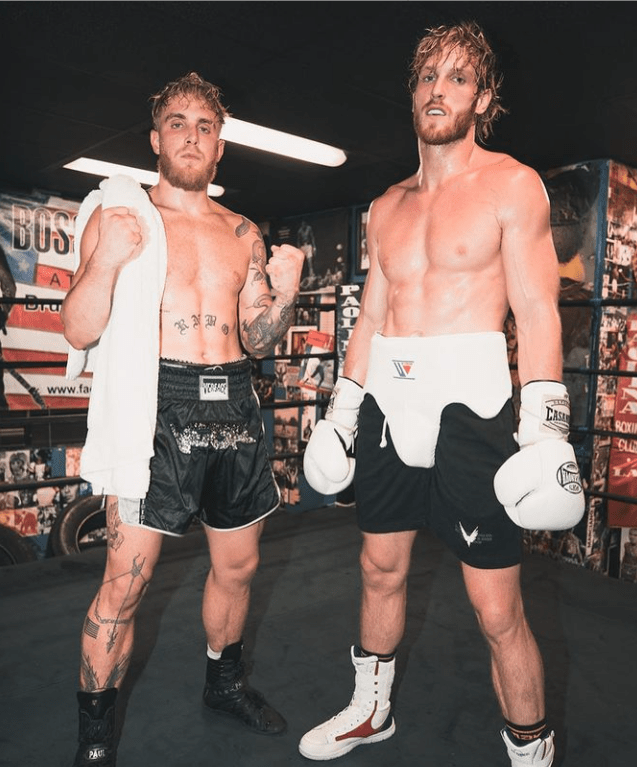 Mayweather, who began his professional career in 1996, is widely regarded as one of the greatest boxers of all time. So, it’s safe to say that we’ll all be sitting on the edge of our seats, waiting to see if Paul’s age and size advantage are any match for Mayweather’s skill set and experience.