Godzilla vs King Kong, the movie monster showdown to end all showdowns, has arrived.

Officially titled Godzilla vs. Kong, the movie is one of the most anticipated pop culture moments of 2021, and its time has finally come. As of midnight on Wednesday, March 31, you can finally stream Godzilla vs. Kong from the comfort of your own home. Yup, pop some popcorn, fire up the best TV in the house and get ready to watch two of cinema’s most famous and misunderstood creatures face off in an epic showdown.

Godzilla vs. Kong is available in select theatres across the United States starting March 31, but if you’re staying at home like the rest of us, the must-see action movie of the year is also available to stream on HBO Max.

Even if you aren’t a big fan of kaiju movies, we know you’ve heard of Godzilla and King Kong. These movie monsters are both international icons that have an insane number of fans, and those fans have been patiently waiting to see who comes out on top after they battle it out. Who will win? How many cities will be destroyed in the process? Will they become BFFs by the end? The answers are streaming now on HBO Max. 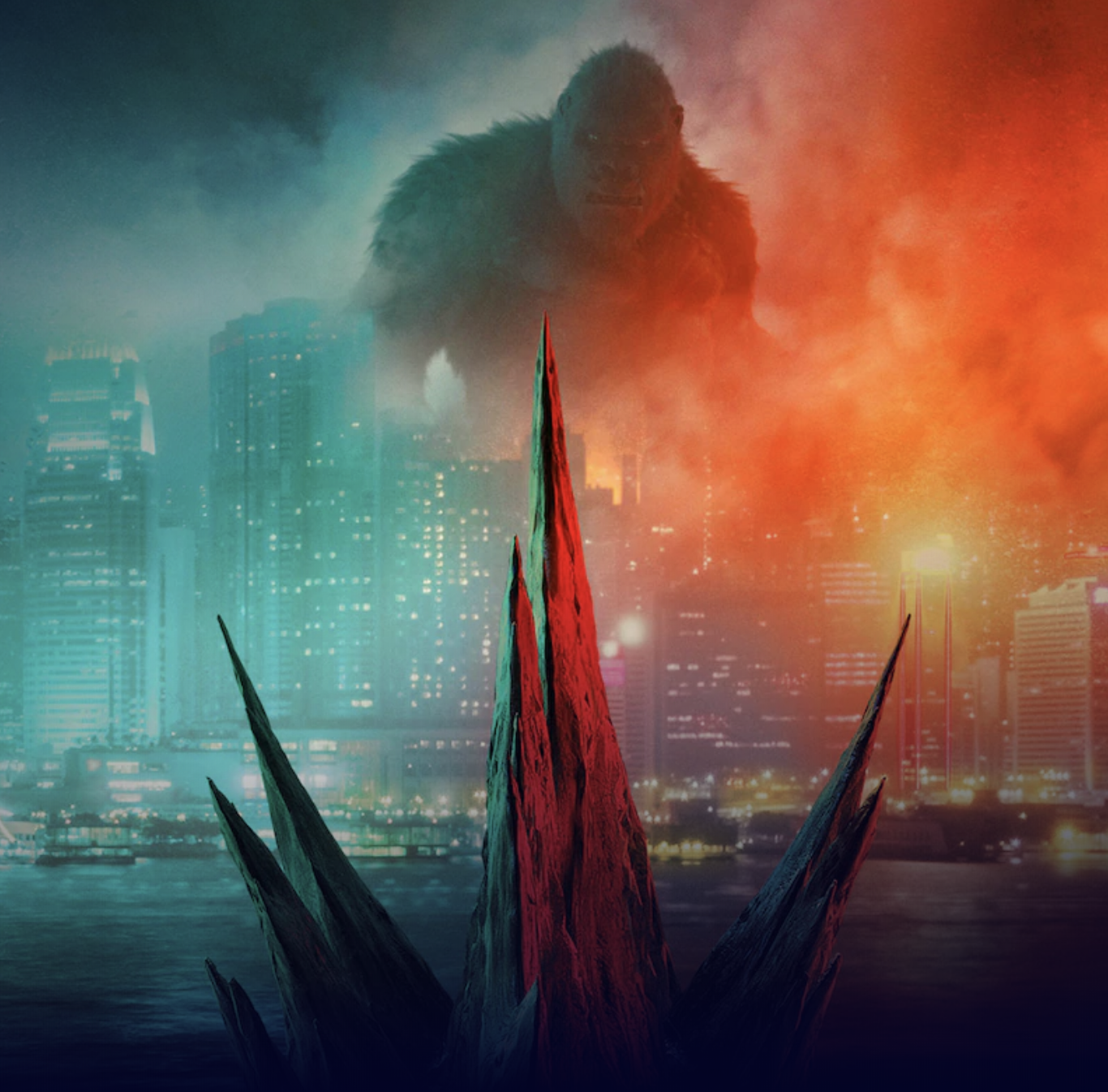 Godzilla vs Kong on HBO Max

Starting with King Kong’s first appearance in 1933 in the original King Kong movie, the giant ape has appeared in a number of sequels and remakes since, making himself a household name in the process. Godzilla, on the other hand, wasn’t introduced to the world until 1954 in the Japanese thriller Godzilla, which helped launch an entirely new genre of monster movie. Like Kong, Godzilla appeared in multiple sequels and remakes as well.

Now, it’s East vs. West, it’s Godzilla vs King Kong, and the pair are finally duking it for the throne of the MonsterVerse to see who really stands as the most powerful of the two for (technically) the very first time.

Upon the trailer’s initial release in January, a viewing record was set for the Warner Bros. trailer and it’s no surprise as to why — this is a huge deal. It all starts as a movie about Kong until Godzilla comes from the depths of the ocean to stir up all the drama. From epic fight scenes to stunning details, we’ve already got our popcorn prepared for this screening.

Where To Stream Godzilla vs Kong Online

All you need to watch Godzilla vs. Kong from home? An HBO Max account. It’s just $15 a month and you can cancel anytime, which is essentially the same price as movie tickets nowadays anyways. So, screw the movie theatre and potential COVID contraction, get all of the action you need right at home right now.

Unfortunately, HBO Max doesn’t have a free trial, so if you’re only interested in Godzilla vs King Kong, set a reminder on your calendar to cancel your subscription.

Godzilla vs Kong on HBO Max

Can You Watch Godzilla vs Kong Online for Free?

If you look hard enough on the darker corners of the internet, you can find pretty much watch any movie for free. There are plenty of sketchy movie websites that let you stream blockbuster movies without paying. Sure, you could go wading through hundreds of pop-ups just waiting to infest your computer with malware, or you could do the grown-up thing and pay the $15 it costs to stream Godzilla vs Kong on HBO Max.

At this point, Hollywood movies are pretty much this country’s biggest export, and a single Made in the USA blockbuster movie supports thousands of jobs. When you steal movies by streaming them for free on sketchy websites, you’re supporting an illegal industry. Don’t be an immature asshole; pay for your movies.

Pick Up Some of the Best Godzilla Toys and Merch in Honor of ‘Godzilla vs. Kong’