Has a show ever been in development longer than the upcoming Lord of the Rings TV series? Not really, as far as we can tell. Prime Video first announced the series in 2017, giving the show a multi-season commitment (including a potential spinoff series), securing the rights over entities like Netflix and HBO.

Now, five years later, the series is finally making its debut. It’s been a long road, and The Rings of Power is one of the most anticipated new streaming releases of 2022. Eager J. R. R. Tolkien fans are hoping this prequel lives up to the original novels, the movies and, realistically, all of the hype.

Read on to learn more about the show, including how you can watch The Rings of Power online for free when it debuts Friday, September 2, 2022.

How To Watch The Rings of Power Online

Prime Video launches The Rings of Power on Friday, September 2, 2022, across more than 240 countries and territories worldwide. The show will release in weekly installments so you’ll have something to talk about heading into your weekends. Unfortunately, there’s no way to watch Rings of Power until then, but you can prepare yourself by signing up for a free trial of Prime Video. Currently, you can sign up for a 30-day trial of Prime Video, which is not included with a standard Prime membership. Once the free trial is over, a Prime Video subscription costs $8.99 per month.

Watch The Rings of Power: Season 1 at Prime Video

Where to Watch Rings of Power for Free Online in 2022

Fortunately, Prime Video is one of the best streaming apps with a free trial, which means you can check out season 1 of this new LotR adventure for free. Prime Video offers a 30-day free trial for new customers. However, if you want to binge-watch the entire series before the free trial ends, then we recommend waiting until September 15 to start your free trial. That’s because the finale of Rings of Power season 1 won’t air until October 14.

So if you watch to catch the entire series before the free trial ends, then you’ll need to wait a couple of weeks to sign up. If you just can’t wait, then you can sign up today and catch the pilot and first few episodes before your trial is over.

What Is Lord of the Rings: The Rings of Power About?

The Rings of Power is set in the Second Age of Middle-earth. There, Sauron is plotting his rise to power as he forges the notorious Rings of Power (three for elves, seven for dwarves and nine for mortal men). As we now know, he secretly controlled these rings with his own master ring, which is where the phrase “One Ring to rule them all” comes from.

Everything within the series is based in canon, although some events that took place over thousands of years will be condensed here because of time constraints. (The Second Age spans 3,441 years.) Still, there is a five-season plan, according to showrunners J.D. Payne and Patrick McKay. “The rights Amazon bought were for a 50-hour show,” Payne told Empire. “There are things in the first season that don’t pay off until Season 5.”

Related: Four Reasons Netflix is Still the King of Streaming 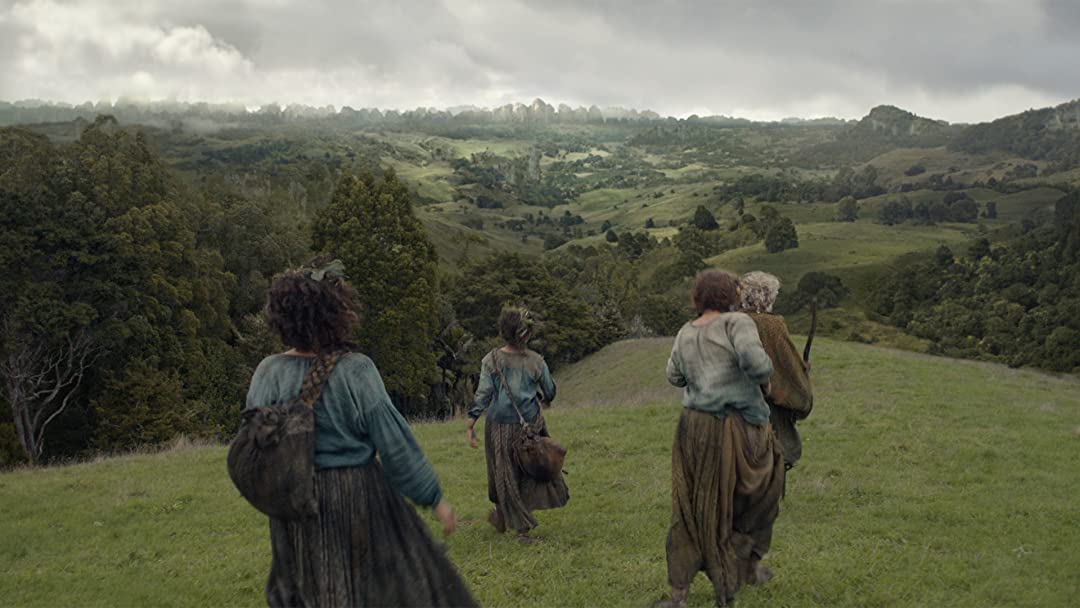 Where Did The Rings of Power Film?

Filming for the first eight-episode season took place in New Zealand (the same spot where the original movies were filmed, of course), so you know there will be some continuity in the overall look. Filming kicked off in February 2020 and finally wrapped in August 2021 following a COVID-related pause.

Where Does The Rings of Power Take Place?

The short answer? Middle Earth. The long answer? It’s probably best to let Prime Video’s official description take over for this one:

“Beginning in a time of relative peace, the series follows an ensemble cast of familiar and new characters as they confront the long-feared re-emergence of evil to Middle-earth. From the darkest depths of the Misty Mountains to the majestic forests of the elf-capital of Lindon, to the breathtaking island kingdom of Númenor, to the farthest reaches of the map, these kingdoms and characters will carve out legacies that live on long after they are gone.”

You may also be wondering when The Rings of Power takes place. It’s a prequel in the truest sense, set thousands of years before the events of The Hobbit.

Will Any of the Original Lord of the Rings Characters Return?

You may be disappointed if you’re hoping for cameos from some of your favorite LOTR actors. This prequel series takes place thousands of years before characters like Bilbo Baggins, Frodo, Gandalf, Aragorn or Boromir walked Middle-earth. However, younger versions of some beloved elves are important characters in the new series.

Since elves are immortal in this world, Galadriel does indeed return. Half-elf Elrond is also back. Meanwhile, some characters, like High King Gil-galad, who were mentioned in Tolkein’s original tales, have been brought to life for this series. Galadriel was played by Cate Blancett in the original films, but the young version of the character is being played by newcomer Morfydd Clark, a Swedish and Welsh actress.

Who Stars in The Rings of Power?

As you might expect from an epic story set in the LOTR universe, a huge cast was involved in this production. Most notably, newcomer Morfydd Clark plays the role of Galadriel, a role made famous by Cate Blanchett.

Who Is Working on The Rings of Power Behind-the-Scenes?

Sorry stans, but Peter Jackson is not involved with this TV series. Co-showrunners J.D. Payne and Patrick McKay are leading the way, joined by a slew of producers. Overall, the expensive project hails from Amazon Studios in partnership with the Tolkien Estate and Trust, HarperCollins and New Line Cinema.

How Much Did The Rings of Power Cost?

Other entities like Netflix and HBO were also approached to do this series, but in the end, Prime Video won out in a deal with the Tolkien estate that was reportedly worth close to $250 million. That was just for the rights. The total price tag is said to be $465 million… and that’s just for one season.

For those keeping track, that’s quite a few more millions than the estimated $90 million price tag attached to Game of Thrones, which seems to be the benchmark for these kinds of series now, both in story and scope.

Is There a Rings of Power Trailer?

There are a couple of trailers online. Prime Video revealed the first-look trailer during the Super Bowl last February, introducing viewers to the overall concept of The Rings of Power.

More recently, the series unveiled its second trailer, which goes a little more in-depth and has already been dissected by fans everywhere.

Where to Watch Lord of the Rings and The Hobbit Online

Want to refresh yourself on all of Peter Jackson’s big-screen adaptations of Tolkein’s works before you dive into The Rings of Power? Of course you do. The good news is you can catch all three Lord of the Rings movies (The Fellowship of the Ring, The Two Towers and The Return of the King) as well as all three of The Hobbit movies right now with a subscription to HBO Max.

In addition, you can purchase or rent all of the LOTR movies via video-on-demand platforms such as Prime Video.

The Fellowship of the Ring

The Return of the King

The Hobbit: An Unexpected Journey

The Hobbit: The Desolation of Smaug

The Hobbit: The Battle of The Five Armies

Finally, you can purchase a box set containing all of the original LOTR movies (and the extended editions) at the link below: 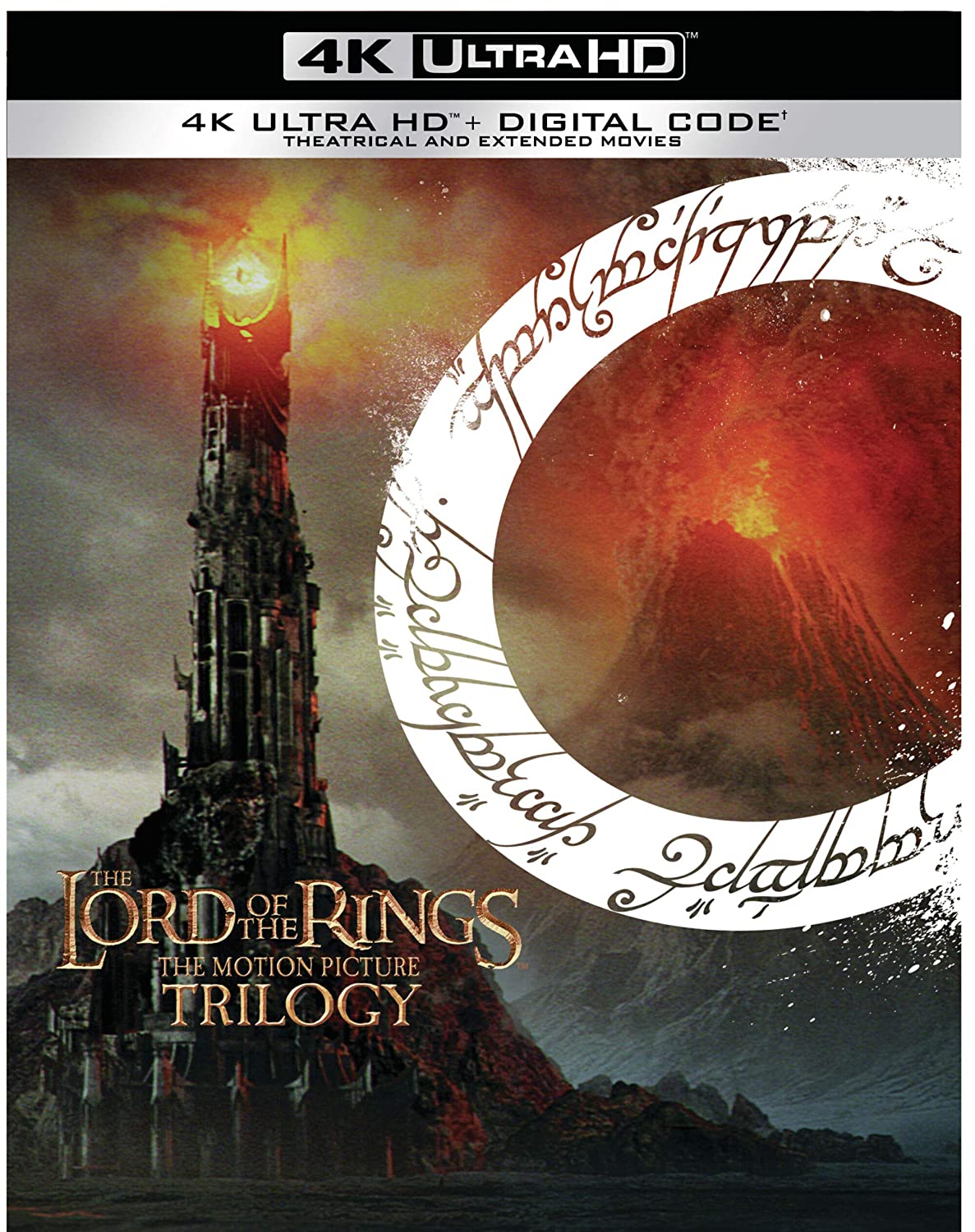 If you still haven’t enjoyed the magic of the original Tolkien books, then while you wait for the release of The Lord of the Rings: Rings of Power, pass the time by diving into this fantasy masterpiece. 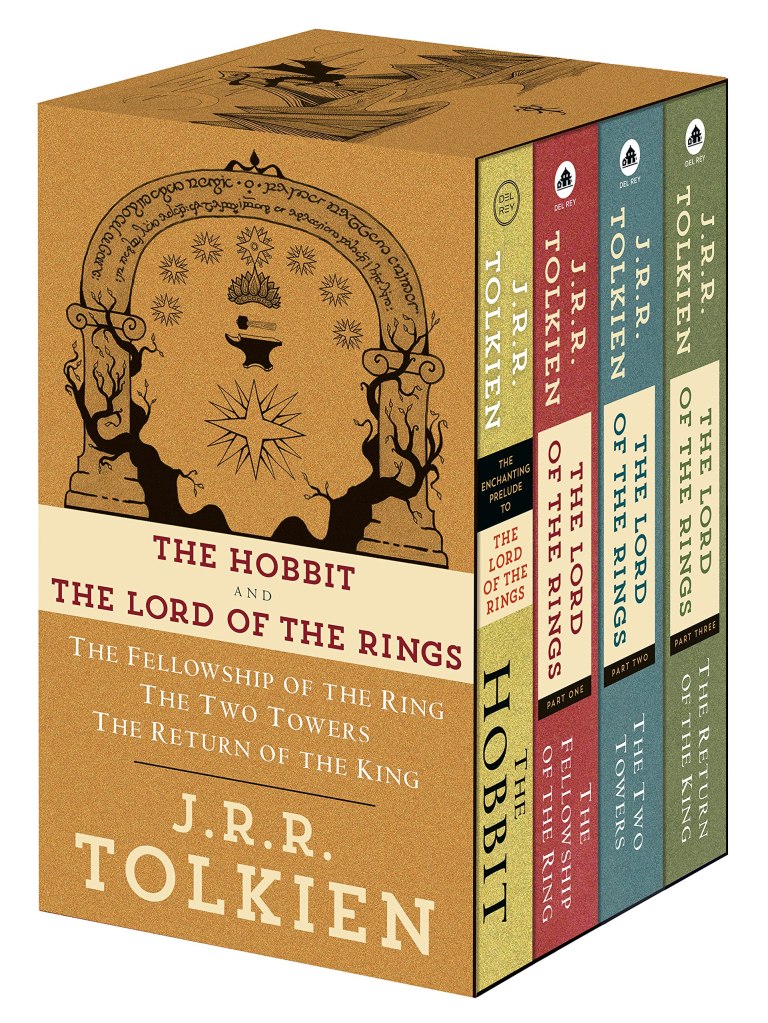 J.R.R. Tolkien 4-Book Boxed Set: The Hobbit and The Lord of the Rings