* Floyd Mayweather Jr. and Conor McGregor square off this Saturday
* You could be watching the fight for free
* Stream online or through your TV

On August 26 – that’s this Saturday – two of the greatest fighters in their respective disciplines will enter the ring at T-Mobile Arena in Las Vegas for what is the arguably the biggest fight of the last couple decades. Dubbed the “Money Fight,” the presumed payouts for boxing champion Floyd Mayweather Jr. and UFC champion Conor McGregor are expected to be $100M and $70M, respectively. Both fighters will likely fetch far more than that once sponsorship, pay-per-view and ticketing figures are settled. In other words, it’s going to be a big deal.

If you haven’t quite figured out how or where you’re going to watch the fight but you know you’d rather not pay the $100 for PPV, here are some alternatives.

Sign up with DISH right now and get the fight for FREE. You would, of course, need to switch from your current provider, but the fight isn’t the only thing you’d be getting by making the switch. Get this: for about $50/month, DISH will throw in a full year of HBO, a free Amazon Echo Dot, and three months of free Showtime, Cinemax and Starz. And that price is guaranteed for two years. Add an extra ten bucks and you’ll get the multi-sport pack that includes NFL RedZone, as well as the NFL Network, perfect for the upcoming start of football season. Order now to get DISH installed in time for Saturday. Use the code CJMAYWEATHER to score the free fight.

Watch the Fight on DISH

Sling TV isn’t offering the fight for “free” but it does offer a la carte TV with no long-term contracts or hidden fees. Pick between three packages that are priced between $20 and $40/month based on the channels you watch the most, and watch your favorite shows anywhere you want — be it on your TV, phone or tablet. You’ll still have to fork over $100 or so for the fight but at least you won’t be locking yourself into a contract. Plus, the fight can be streamed from any device, making it convenient for those without a traditional TV.

Watch the Fight on Sling TV 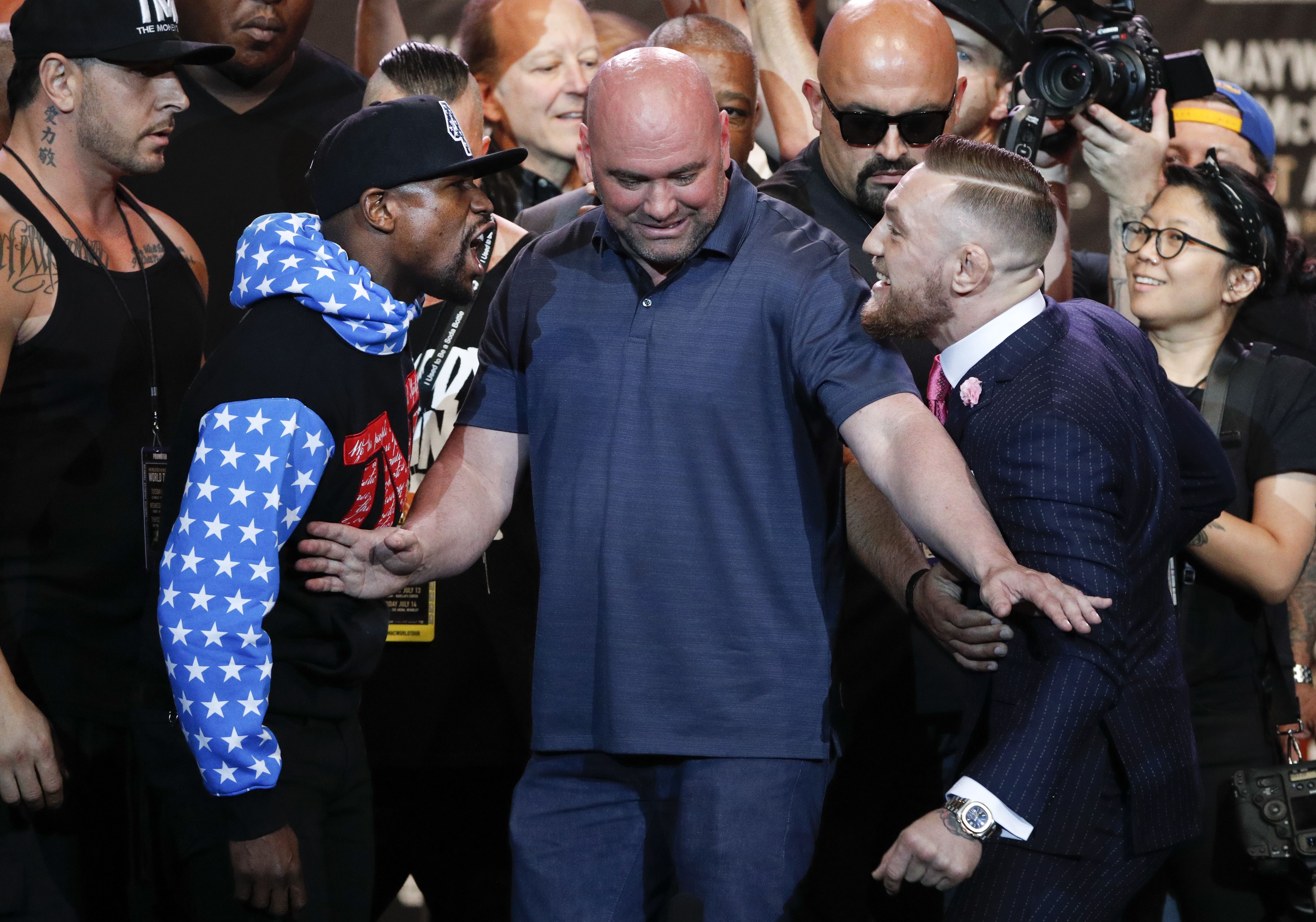 If dumping your current cable provider isn’t in the cards but you still want to watch the fight from home, then the Showtime PPV app is a must before Saturday. Download the app to your iPhone, iPad or Apple TV (4th generation) and you’ll be able to stream the whole fight no matter where you are. Showtime is the official provider of the bout. buy you don’t need to subscribe to Showtime to get the fight.

Watch the Fight on Showtime

If Verizon FIOS is your current provider and you haven’t yet signed up to get the fight, here’s your chance to do so. But don’t forget that there are two options: SD and HD. So when you order from Verizon, make sure you’re getting the HD version because you’ll want to see this fight in all its 1080 glory.

Watch the Fight on Verizon FIOS