It’s almost here! The long-awaited sequel to Space Jam is finally ready to make its debut online and in theaters on Friday, July 16, 2021. Millennials like us can hardly wait. Space Jam 2: A New Legacy has been decades in the making, and like its predecessor, it will feature a mix of live-action and animation, pairing iconnic Looney Tunes characters with NBA all-stars. This time around, the film will see LeBron James team up with Bugs Bunny and other members of the Looney Tunes gang, AKA the Tune Squad, as they attempt to defeat the Goon Squad in an effort to save James’ son.

The original Space Jam movie, which debuted in 1996, remains a cult classic for many to this day. It notably starred NBA icon and the original GOAT Michael Jordan and a cast of Looney Tunes characters including Bugs Bunny, Daffy Duck and Tweety Bird, as well as a slew of other basketball legends such as Charles Barkley, Larry Bird, Patrick Ewing and Muggsy Bogues. In the original film, the NBA players had their basketball talent stolen by the movie’s villains. Meanwhile, Miachel Jordan, the Tune Squad and Bill Murray teamed up to thwart the efforts of an evil theme park owner voiced by Danny DeVito.

It was pure 90s cheese in the best possible way.

It was recently reported that Jordan will also appear in the new film in some capacity, although it’s unclear exactly how large his role will be. Actors Don Cheadle and Zendaya will also play major roles in the sequel. Cheadle will fill a live-action role, while Zendaya will voice the role of Bugs Bunny’s love interest, Lola Bunny, who has a cult following of her own. 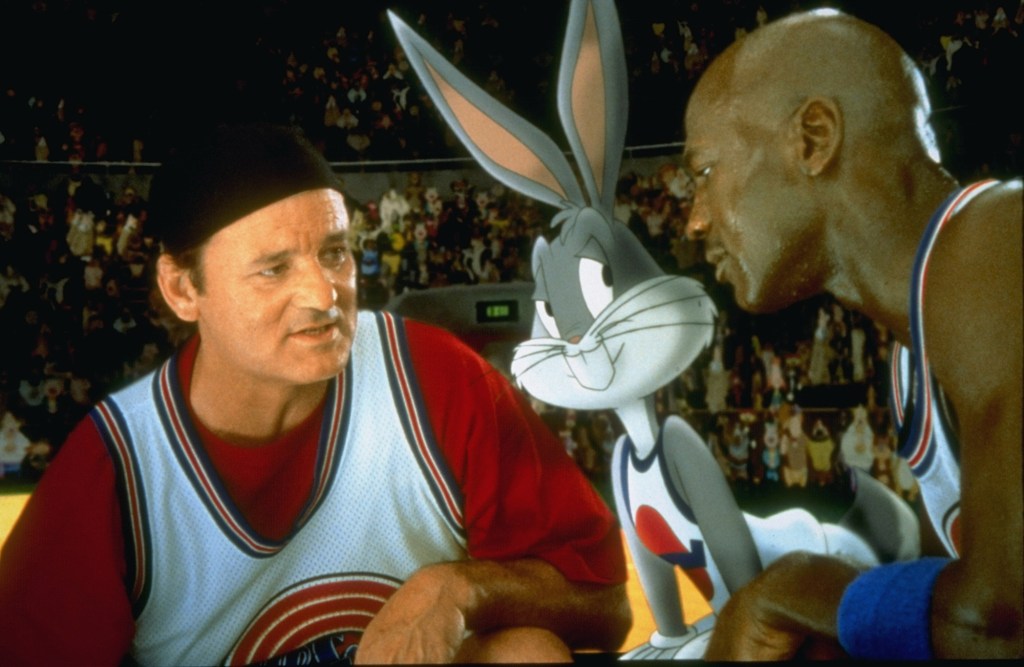 Keep scrolling to learn more about the new and OG versions of this beloved film franchise. We’ve also got all the info on where to watch Space Jam online, as both the original and sequel will be streaming on HBO Max this summer.

How To Watch Space Jam 2: A New Legacy Online

Warner Bros. Pictures will release the new Space Jam film in the United States on July 16, 2021. The film is being released in theaters and on HBO Max simultaneously. If you would prefer to stream Space Jam 2: A New Legacy, then you’ll want to sign up for HBO Max on or before July 16. Unfortunately, if you’re hoping to watch Space Jam for free online, HBO Max does not offer a free trial at this time.

Check out the action-packed trailer for Space Jam: New Legacy below.

How To Watch Space Jam Online

The original film is available for viewing on many platforms for rent or purchase in July 2021. Currently, the original Space Jam movie is streaming on both HBO Max and Hulu. Of course, if you want to watch both the original and Space Jam 2: New Legacy when it comes out in mid-July, then we recommend opting for HBO Max if you want to stream Space Jam online in 2021.

In addition, you can also find the original Space Jam on your preferred video-on-demand platform, whether that’s Amazon Video, Google Play or iTunes. Here are some of the other ways to rent or buy the classic Space Jam movie:

Can You Watch Space Jam Online for Free?

Until recently, there was no way to stream Space Jam online for free, but that’s changed. This month, the original Space Jam was added to the Hulu library in addition to HBO Max. And while HBO Max does not offer a free trial, Hulu does. New customers can sign up for a 1-month free trial of Hulu and start watching Space Jam right away. At the end of the month, the subscription will renew at a cost of $5.99 per month, but you can also cancel before the free trial ends to avoid a charge.

If you want to watch Space Jam 2: A New Legacy online for free, then we have bad news. There are only two ways to watch this movie: in theaters and on HBO Max. No matter which option you prefer, you’ll have to pay to watch the Lebron James-produced sequel.

When Will Space Jam 2: A New Legacy Debut in Movie Theaters?

Space Jam: New Legacy will debut in theaters on July 16, 2021 and will also be available to stream on HBO Max that same day. However, it will only be available for one month on HBO Max following its release, so if you plan on catching it at home, you’ll need to do so before August 16.

To catch the movie in theaters, head to Fandango or your local movie theater to pre-order tickets:

The sequel is being directed by Girls Trip director and producer Malcolm D. Lee, while Black Panther helmer Ryan Coogler and Lebron James both serve as producers on the film.

By now, you may have seen the first teaser trailer for Lebron James’ new movie. You can also view the latest Space Jam 2: A New Legacy trailer, starring James, Bugs Bunny and the entire Tune Squad, below.

Related: The Best Streaming Services To Try in 2021

As the excitement for Space Jam: New Legacy builds, so does the demand for merchandise related to the highly anticipated film. In recent weeks, many retailers, including Nike Inc., Vilebrequin, Tommy Hilfiger, Spalding, Bleacher Report, Gap, Pac-Sun, Kraft, General Mills, and more, have geared up to create some really cool lifestyle products for Space Jam fans and collectors to enjoy. There’s been so much Space Jam 2 merch released that we had to build an entire post dedicated to all of our favorite gear, so check out our full guide to the best Space Jam 2 merchandise.

The statement goes on to share, “The all-star line-up of lifestyle products from more than 200 brands will allow fans everywhere to join the jam and share the fun of the pop culture sensation. With a huge range of products from fashion to foods and footwear to sporting goods, there is something for every Space Jam fan.”

From basketballs, t-shirts, and swim trunks to candles, cereal, and mac and cheese, they’ve pretty much left no stone unturned. Each piece offers a bit of ’90s nostalgia for fans of the original film while simultaneously dishing out lots of excitement for its second coming.

Check out a few of our favorite items from the multi-retailer Space Jam: New Legacy collection below. 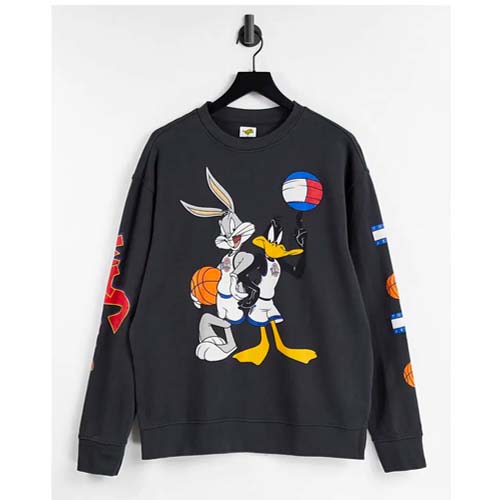 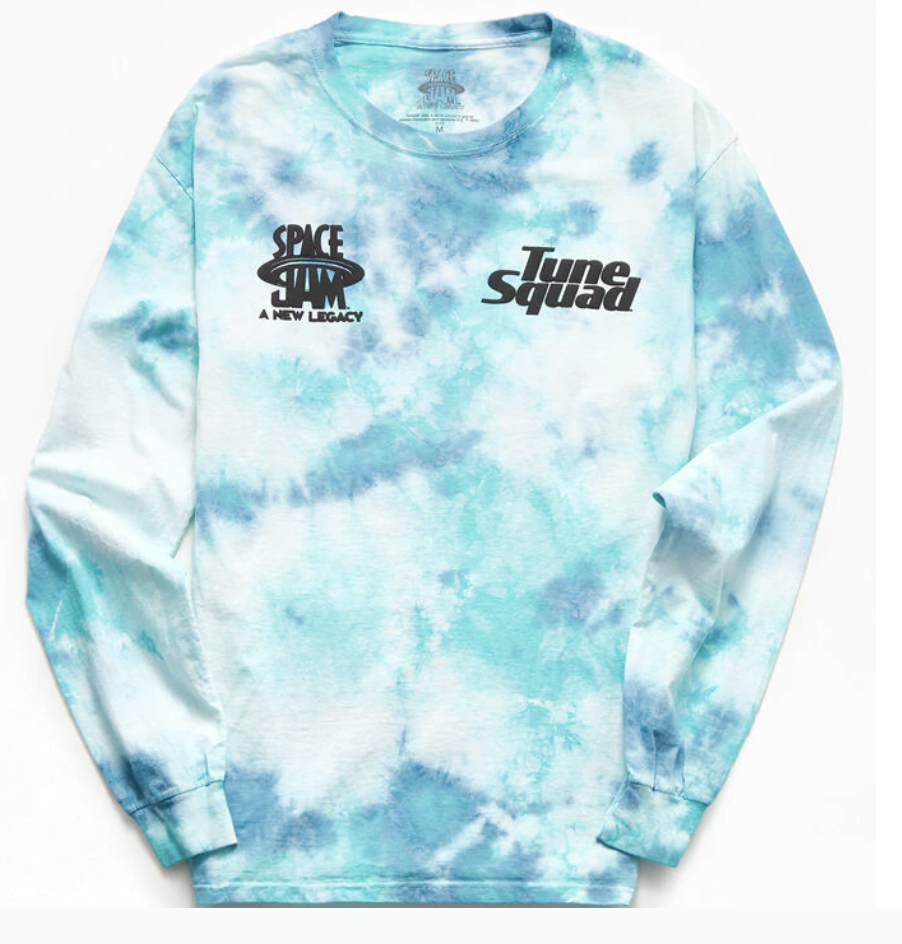 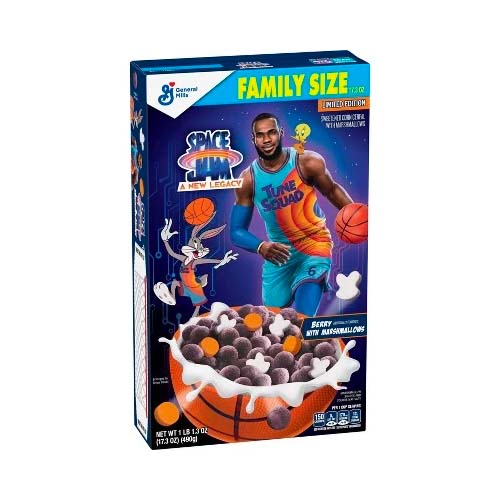 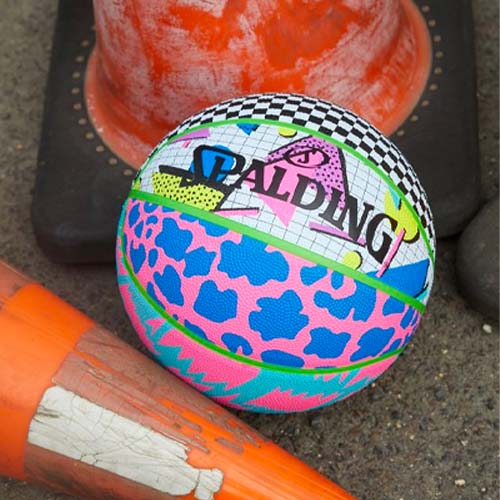 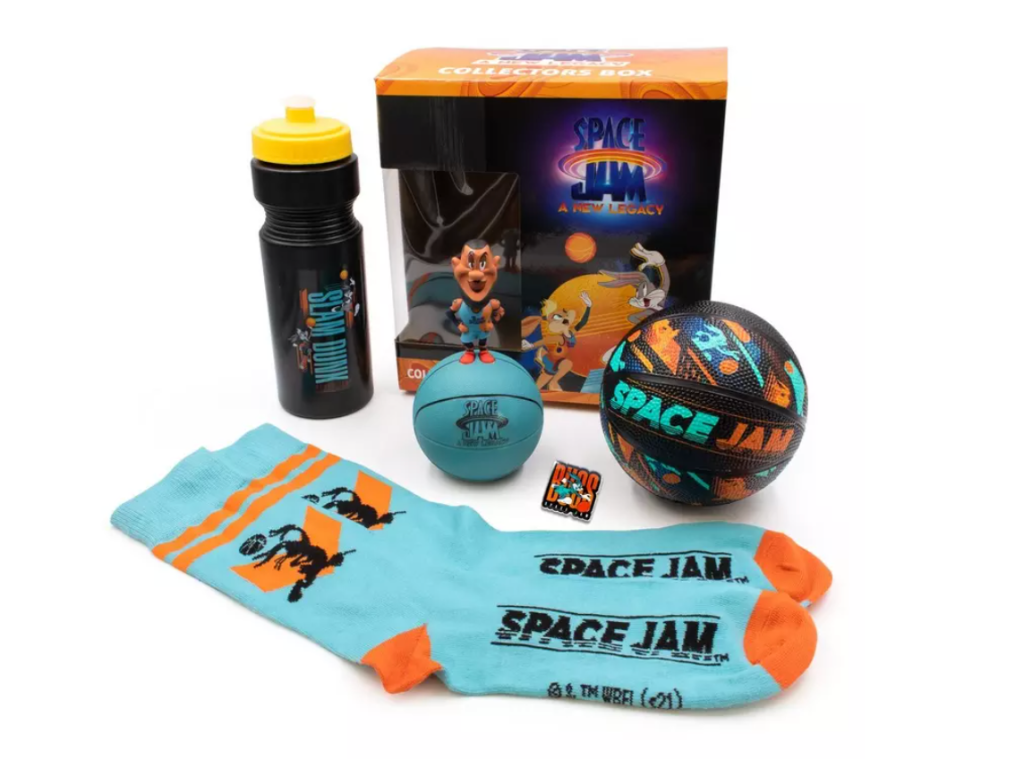