It’s not often you can play a fun game and help save the planet at the same time. It’s even less often that just buying that game sends your money to a great cause, and even the pieces of the game itself are an important part of that cause.

But the game is Jenga Ocean; the partner is Bureo, one of the leading champions of the cause of removing harmful plastic from the ocean. For this special edition of the classic game, all of the Jenga pieces are made entirely from recycled fishing nets. It’s an unbeatable combination for anyone who loves Jenga and also wants to do their fair part to rescue our oceans.

Each box of Jenga Ocean is made from over 25 feet of fishing nets sourced through Bureo’s Net Positiva recycling program, a fishnet collection and recycling program aimed at combating the detrimental impacts of discarded fishing nets. Fisherman’s nets are a major threat to dolphins, fish, turtles, whales, sharks, and the ecosystems they depend on. Bureo estimates that discarded fishing nets make up an estimated 10 percent of the ocean’s plastic pollution. 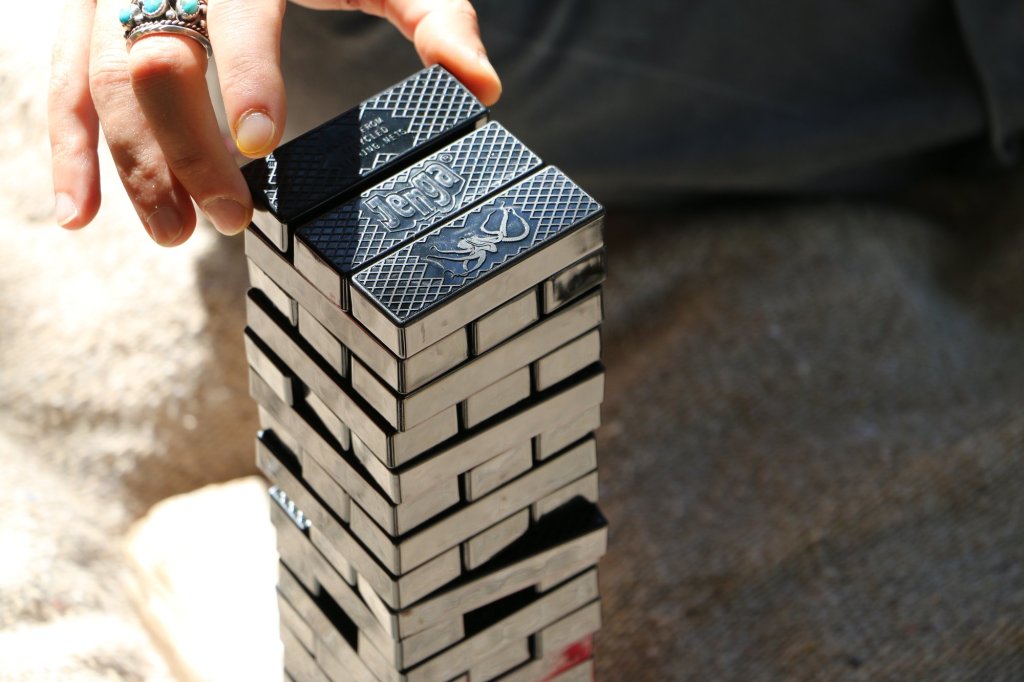 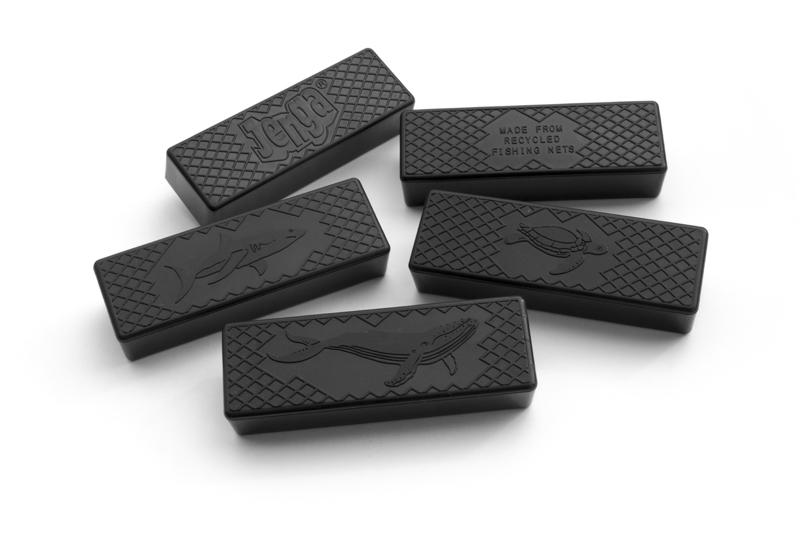 These harmful nets are broken down into plastic pellets and then formed into Jenga blocks. Even better, the designs on the blocks feature pictures of threatened marine animals using the hand-drawn work of Lake Buckley, a surfer, designer, explorer and artist. The special-edition game also comes with special rules, encouraging players to “Save the Animals” and gain an understanding of how discarded fishing nets and other plastic refuse are harming marine animals, and what people can do to help.

Jenga Ocean was born when Robert Grebler, creator of Jenga and world record holder, approached Bureo at the 2015 Ocean Film Festival with an idea to incorporate Bureo’s recycled materials into one of the most well-known games in the world. Thanks to the man nicknamed “Mr. Jenga” by the Bureo team, each game takes 1 kilogram of discarded fishing nets and transports them to the safety of your coffee table, not polluting the ocean and harming sea turtles.

Since 2013, Bureo has collected over 365,000 kilos of materials from participating fisheries in South America, and their efforts have also helped support sustainable development in coastal communities on that continent. Bureo also provides contributions to nonprofit partners through the 1% For the Planet network. Jenga Ocean is just their latest and maybe most innovative way of furthering their cause and helping to clean our oceans.

Jenga Ocean is available now for $49.95 from Bureo’s website. It’s a game everyone loves to play, now made even better by the wildlife it saves and the contributions it makes to one of the most urgent environmental causes of our time.