Joe Rogan is a man of many talents. He’s a popular UFC commentator. He’s a long-time broadcaster who has hosted shows like Fear Factor. Rolling Stone once called him a “21st Century Timothy Leary.” He’s also the most successful podcaster in the world, by any measure, and by a wide margin. No one else even comes close in terms of financial success and influence.

Earlier this year, Spotify signed a $100 million deal to become the exclusive home of Rogan’s podcast, “The Joe Rogan Experience.” So big is Rogan’s reach that Fortune declared that the deal “could change the podcasting business forever.”

Yet Rogan’s critics, including some Spotify employees, are eager to see him censored and de-platformed, terrified that someone, somewhere might be doing a wrongthink. In September, Vice reported on a series of internal meetings at Spotify wherein a group of employees asked Spotify to stop hosting the podcaster.

Spotify, to its credit, has decided not to exert editorial control over Rogan’s show.

Why am I writing about podcasting drama? To be honest, I hate podcasts (remember, kids, no one can make you listen to their podcast if you don’t want to), but SPY is a men’s website, and men love Rogan. He has the ear of millions of listeners. However, some of our competitors have gone so far as to imply that Rogan’s podcast isn’t just offensive but is actually threatening children’s lives. (Won’t somebody please think of the children?!)

Last week Rogan poked his liberal critics in the eye by hosting the right-wing conspiracy monger Alex Jones on his show. (Spotify has previously removed episodes of Rogan’s show featuring the conspiracy theorist; the company also banned Jones’ podcast from its platform altogether.) Jones did exactly what he always does: spout off wild conspiracy theories related to vaccines, COVID, the economy, climate change and the election. Variety reports that “Rogan at several points challenged Jones’ conspiracy theories and cited credible sources” that contradicted Jones’ claims.

Because Rogan provided context and pushback, Spotify determined that the episode didn’t violate its content policies. In an email to Spotify staff reported by BuzzFeed, the company told employees: “It’s important to have diverse voices and points of view on our platform… We are not going to ban specific individuals from being guests on other people’s shows, as the episode/show complies with our content policies.”

The reaction was extremely predictable:

Oh you have to be Fucking kidding me https://t.co/TMTbtcv6ZJ

Hi @spotify. Alex Jones was on Joe Rogan's show lying about vaccines; it will kill people. Alex turns around and gives platform for killing Dems at polling places.
Forget Jones. You have a Rogan problem. You know it. It won't get better. You have agency. Use it.
Read the room https://t.co/5P3Q2SgMrB

Weirdly Spotify didn’t respond to my question about why Alex Jones’ show is banned from the platform for “hate speech,” but it’s cool for him to appear for 3+ hours on someone else’s show on the platform. https://t.co/mn0sNgIjMA

Let’s be clear: Alex Jones is a piece of shit. He spent years terrorizing Sandy Hook families, and no one should believe a word he says. If I had a podcast, I definitely wouldn’t invite Jones on the air. Of course, if I had a podcast, no one would listen to it. Meanwhile, millions of people listen to Rogan, who brings a non-ideological approach to the interview format, an approach that used to be the norm. That’s why people listen to Rogan, and why he’s such an effective broadcaster.

Rogan definitely deserves the criticism he’s getting for hosting such a noted imbecile on his show. That criticism is fair and very much deserved. But calling for Spotify to censor Rogan and hold veto power over his guests crosses a line, and Rogan’s clearly determined to hold that line at all costs. 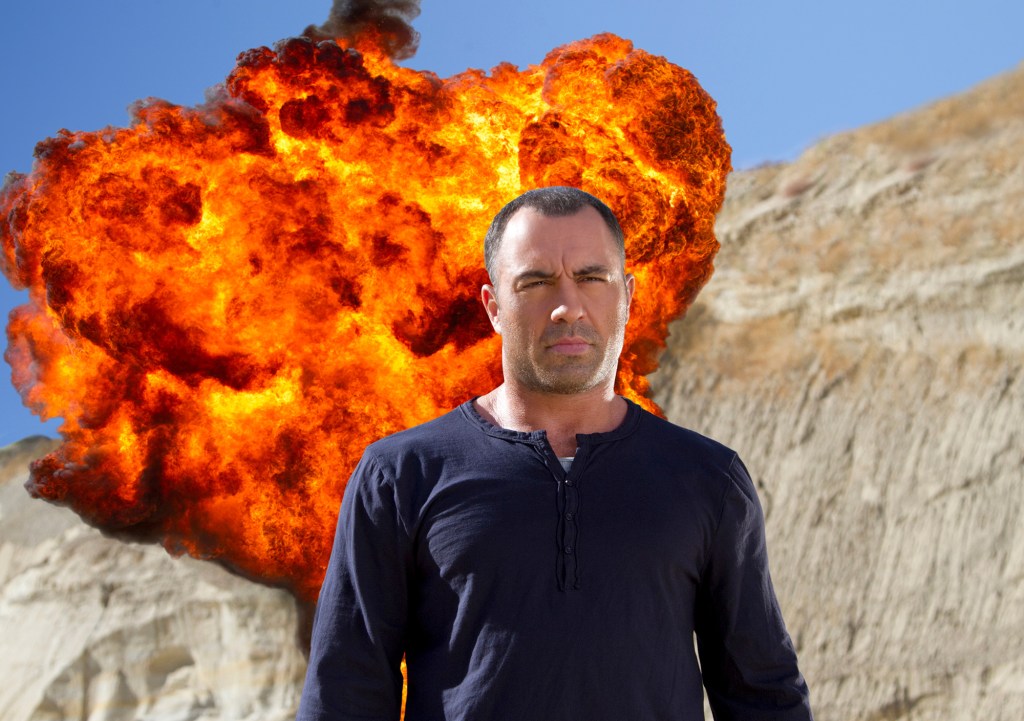 Free Speech Is For Everyone. That’s Literally The Whole Point.

Once upon a time, media professionals broadly supported free speech, not just in the First Amendment sense, but as a principle and ideal in and of itself. In the media, at universities, and even in everyday life, progressives have long supported a strong culture of free speech. Yet in the last few years, this belief has fallen out of vogue. This meme, that unless the government is stopping you or punishing you for your speech, then there’s nothing to worry about, is absurd. It’s also completely ahistorical; censorship and free speech have never been solely about government censors.

It’s a view that boils down to this: censorship is good when we do it. By that twisted logic: we should be glad to censor conservatives. In fact, we should even censor moderates like Rogan if they fail our ideological purity tests. (Rogan, who supported Bernie Sanders in the Democratic primary, can hardly be called a conservative.) Like I said, it’s a radically new approach to free speech. 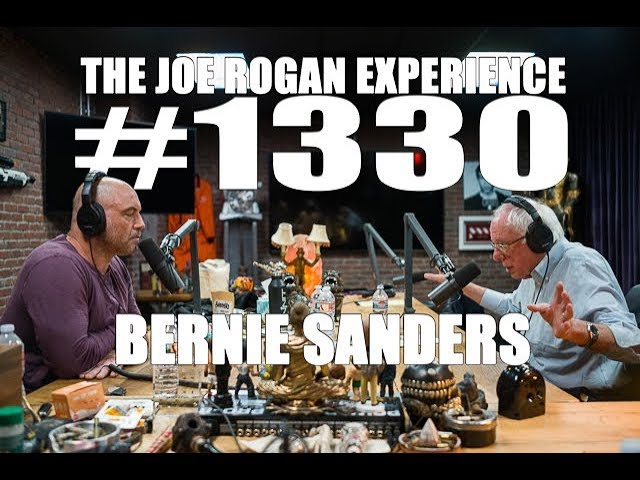 It’s also easy to see how this idea falls apart as soon as the shoe is on the other foot. When the Hollywood blacklist banned commies and socialists from working? No problem, right? When the Motion Picture Association of America keeps movies out of theaters for any depiction of female pleasure? Good on them. And if the MLB or NFL decides to start fining players for kneeling during the anthem? Hey, corporations are people, too.

The good thing about principles, as opposed to might-is-right tribalism, is that they’re actually really easy to stick to. Here’s a principle: Censorship is bad! Would you protest if Spotify banned a Black Lives Matter activist for saying All Cops are Bastards? Then you should balk at conservatives being censored, too. Free speech is for everyone, after all.

Spotify Won’t Save Us: De-platforming & Censorship Are Pyrrhic Victories

Frankly, I find it absolutely flabbergasting that so many media figures and progressives are so eager to turn the power to censor over to C-suite executives at companies like Youtube, Spotify and Twitter. Does anyone really think that Spotify’s most sensitive employees should hold veto power over podcast content? Progressives once fiercely defended free speech. Progressives used to believe that a little bit of blasphemy was good for the soul. Now, we’re whining to the refs and begging our corporate tech overlords to protect us from speech we don’t like. It’s embarrassing.

Do you really want to give tech executives the power to decide which opinions are acceptable for public consumption? Do you want predominantly white, cis male executives deciding who can and can’t appear on your podcasts? Spoiler alert: there is a 100% chance that that power will be used to censor marginalized people with unpopular opinions, because that’s always what happens when you cede the free speech battleground and let the censors loose.

Better to protect principles of free speech across the board. Yes, even for idiots like Alex Jones and bros like Joe Rogan. Yes, even when the first amendment and government interference aren’t in play. 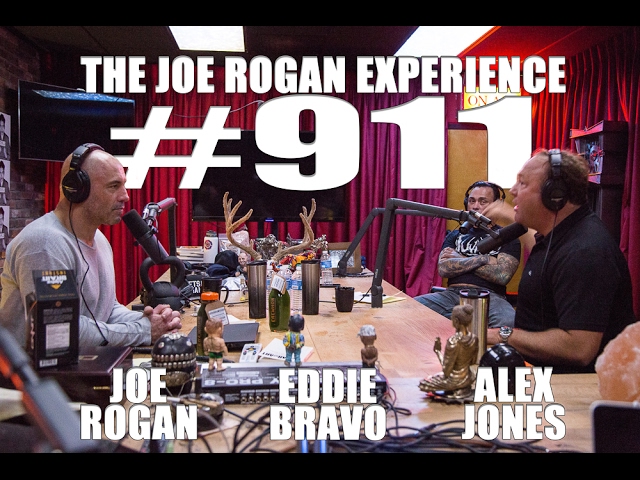 When you invite giant tech companies to do your ideological dirty work for you, you’re letting the wolf in the door. After all, it’s the algorithms of institutions like Twitter and Youtube that lead so many people down the path of radicalization in the first place. And you think these companies will protect you? Give me a fucking break.

So go ahead and criticize Joe Rogan all you want. Like I said, IDGAF about podcasts. As for Alex Jones, he deserves all the ridicule in the world (although I believe his power is directly proportional to how much liberals hate him). But calling for someone to be de-platformed crosses a dangerous line. Every time a writer or media outlet calls for Joe Rogan to be de-platformed, they’re losing more ground to independent voices like his and losing more influence over the people who might be persuaded by the Joneses of the world.