Well, folks, it looks like Kanye West (mononymously known as Ye) is ready to expand his fashion empire into brick-and-mortar stores around the world. The announcement arrived via a 2-day Instagram posting spree from Ye in which the designer expressed his anger with Gap and Adidas, accusing the companies of stealing his designs and not sticking to promises made in his contracts.

Kanye has openly feuded with both brands throughout 2022, and we know two things to be true:

This summer, Yeezy x Gap made its in-store debut at the Times Square Gap, but Ye is pushing for a much larger retail presence, even if he has to go it alone.  On August 31, Ye outlined his intention to open his first shop in Atlanta with plans to expand to other states and internationally, thereafter.

“We are going to open a Yeezy stores world wide Starting in Atlanta,” Ye shared with his 16.5 million Instagram followers. “Who would be best to open it? I’ll buy the land and or building Then we gonna up in every state and then internationally. Anyone who has over 10 years retail experience and is ready to change the world post your instagram handle or store location in the comments and We’ll find you.”

And on September 1, he followed up with a word of warning for potential applicants: “If you not looking to work at Yeezy full time Don’t text me or nobody I know we not looking for help In Websters definition of help the forth definition is to avoid Either you 100 percent with us or you trying to use us for clout The gig is up It’s Up I promise On Donda On Virgil On Christ.”

He also shared what looks like a rough sketch of his vision for a physical store: 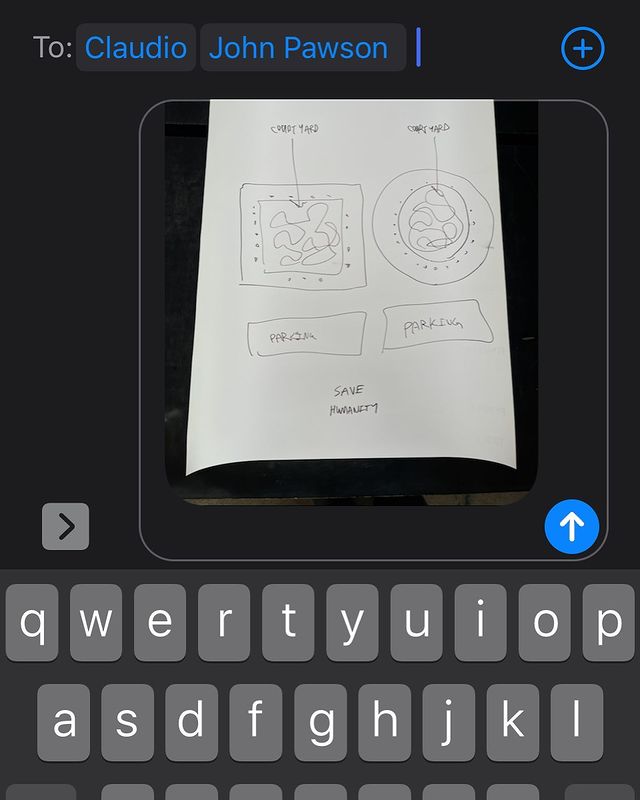 The post comes amidst Ye accusing both Adidas and Gap of failing to fulfill their obligations of opening physical stores for his collaborations with each. Ye shared, “I signed with both adidas and Gap because it contractually stated they would build permanent stores which neither company has done even though I saved both of those companies at the same time. Ima show you how to use social media.”

Ye has been openly vocal about his gripes with Adidas in the past. On August 2, a direct message sent to Complex’s Instagram account revealed West’s disapproval of Adidas’ Yeezy Day celebration. He also accused the brand of hiring his employees to create similar Yeezy styles behind his back, namely the general manager of the Yeezy brand.

West wrote at the time:

Back in June of this year, West also took issue with the release of Adidas’ Adilette 22 Slides. The release of the new shoes struck a major nerve with the artist who shared a photo of Adidas’ new Adilette 22 slides on Instagram. In the now deleted post, Ye referenced the shoes as Yeezy slide dupes while sharing his feelings that Adidias had replicated the look of his iconic Yeezy slide sandals.

“THIS IS YE driving down the same street Kobe passed on,” the designer wrote in a caption. Seemingly referring to Kobe Bryant’s soured past with Adidas, West continued, “Maybe I feel that Mamba spirit right now To Kasper I’m not standing for this blatant copying no more.”

As far as Gap is concerned, the artist has similar gripes, accusing the brand of holding a meeting without him. On Instagram, Ye shared a post of a Gap T-shirt, alleging that Gap had stolen the design from the Yeezy Gap Engineered by Balenciaga. He also alleged that Gap canceled a photo shoot with his kids in Japan.

Ye’s passionate Instagram rants, though sometimes erratic, often come without warning. However, they do hold some validity as it seems that they are part of a larger issue stemming from big corporations within the fashion industry appropriating and profiting from the work of Black artists like himself.