Yesterday, Kendall Jenner announced her new campaign video for Pepsi-Cola via social media, posting a behind the scenes clip from the video shoot on her Instagram account. Less than 24 hours later, Jenner’s Instagram post — and the entire Pepsi campaign video itself — has been pulled off the Internet. So what happened?

As you’ve likely heard, Pepsi’s advert with Jenner sparked outrage and criticism across social media, for its “tone-deaf”portrayal of a peaceful protest. Pepsi’s video depicts Jenner ripping off her blonde wig (and handing it to a seemingly displeased black woman) after abandoning her glam photo shoot to participate in the protest. When confronted by police, she hands an officer a can of Pepsi, which apparently was intended to be presented as a conduit for peace. Unfortunately, it seems that many perceived the “peaceful” symbolism as concealed subtext for insinuating that police brutality could be thwarted by Pepsi, functioning as a police tranquilizer of sorts.

In an effort to engage millennials, Pepsi’s advertising team likely made use of current social issues to spark interest and indirectly spike sales, but unfortunately their efforts seem to have backfired, resulting in widespread calls to boycott the soda company rather than drinking it.

The hostile response became pervasive throughout social media almost immediately after the ad debuted. Within less than an hour the internet was virtually flooded with memes, tweets and new hashtags, disapproving and satirizing the ad campaign. This morning Pepsi pulled the commercial and released a statement explaining their advertising efforts “missed the mark,” and offered their apology for any offense taken.

Kendall has not yet commented regarding the catastrophic results of the new advert (and the video above is from a user who grabbed it from the official Pepsi feed before it was taken down), but nearly everyone else on social media has. Regardless of your opinion concerning the commercial and Jenner herself, the plethora of tweets, memes and other public comments have been downright entertaining. Here are the best reactions to the Kendall Jenner and Pepsi controversy.

Perhaps the most poignant of them all, Bernice King, daughter of civil rights leader and black activist, Martin Luther King Jr., shared an iconic image of her father confronting white police in a sardonic remark on the underlying messages Pepsi’s campaign evoked. 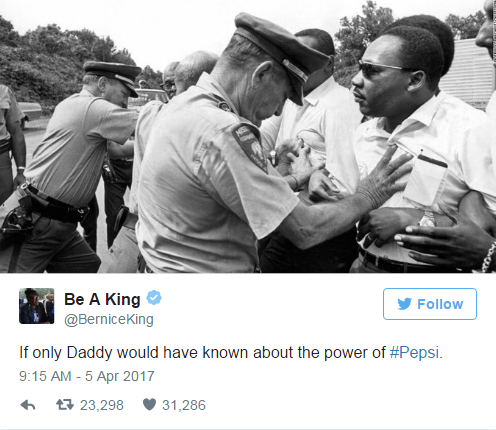 2. Some Tweets Offered a New Theory: Maybe Coke is Behind the Pepsi Ad

It seems that this severe advertising fail may cost Pepsi more than they had bargained for, with mass boycotts in full effect. Some joke that the detrimental ad failure seems so awful and misguided that the effort must have longtime competitor, Coca-Cola behind it.

This 90s throwback-inspired meme has gone viral on Instagram. Depicting female characters Jessie and Lisa from the 1990s sitcom, Saved by The Bell, the meme seems to visualize the idea of white privilege, which was one of the Pepsi ad’s biggest sources of criticism. 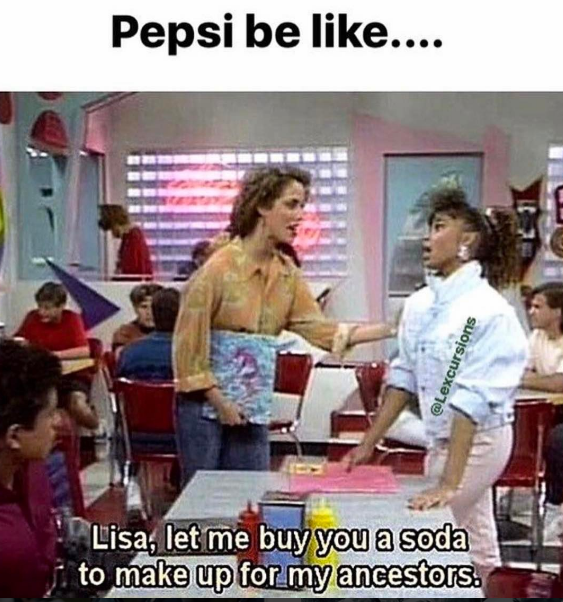 The Pepsi commercial seems to be applicable to  a wide array of current political and social issues, making it an easy target for mockery and disapproval and an even better content-creator for hilarious memes.

5. Other Memes Targeted the Trump Administration and Kylie Jenner

Pepsi and Kendall aren’t the only targets in this fiasco. Apparently, some are using it to relate some of President Trump’s executive orders to the supposed messages of injustice in the campaign, even bringing in little sister Kylie into the drama. 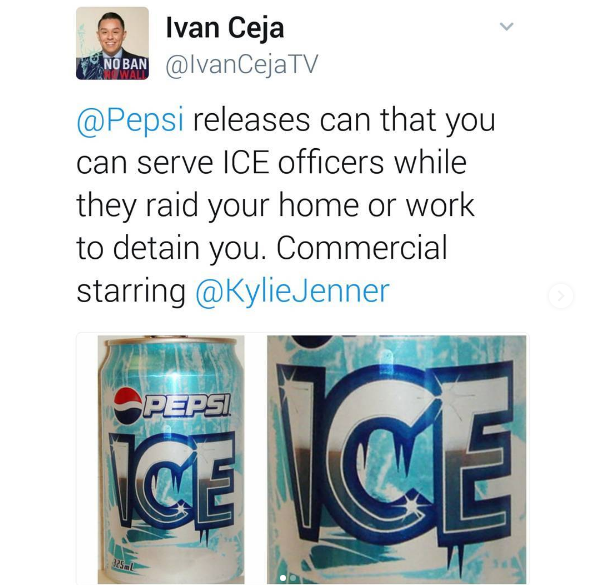 6. This Meme Used the Video to Revive the “Bernie or Bust” Campaign

One meme used an old photograph of the 2016 democratic presidential candidate and senator of Vermont to display police brutality and to distinguish real-life protest from manufactured protest scenes in the campaign video. 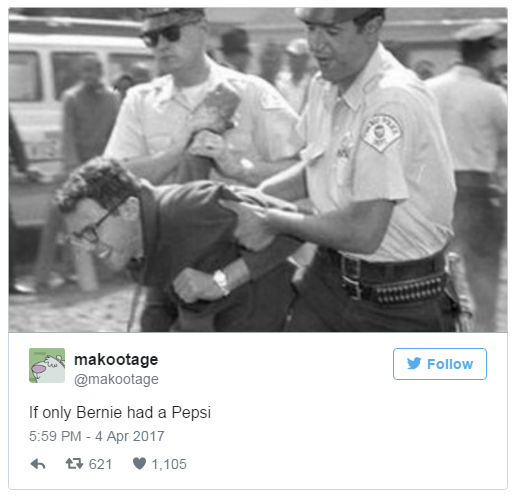 …And then there’s this: 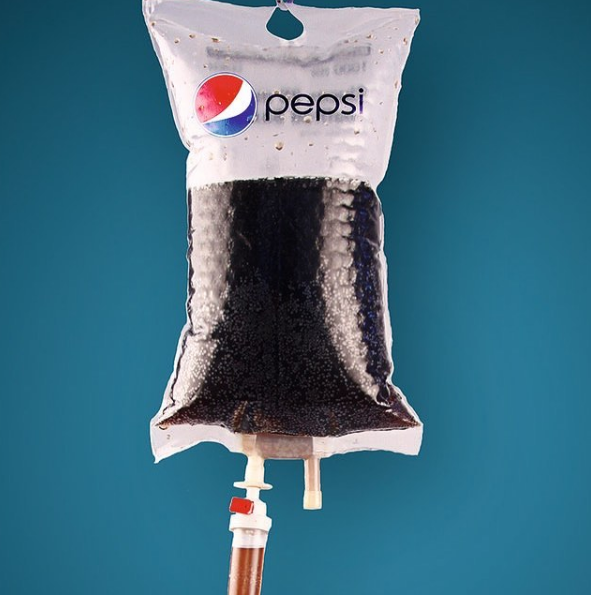