On Sunday, October 11 the Los Angeles Lakers beat the Miami Heat 106-93 to win the 2020 NBA Finals 4-2. For obvious reasons, fans couldn’t be there in person to watch Lebron James lead the team to victory. Yet thanks to NBA Commissioner Donald Sterling’s impenetrable NBA bubble, the basketball finals proceeded as planned even as NFL games were delayed due to positive COVID-19 tests in the locker room. Now, fans can celebrate this historic win with official LA Lakers merchandise celebrating the 2020 NBA Championship victory.

Lakers fans went into the game with a lot of optimism, and a lot of fans were urging James, Anthony Davis, Rajon Rondo and the team’s other star players to win #ForKobe. With the victory over the Heat, the Lakers are now celebrating their 17th NBA Championship.

.”One, two, three MAMBA” the chant that carried the @Lakers to their 1st @NBA title in 10 years #NBAFinals 💜💛

It was also a historic night for James in particular. Since making his playoff debut in April 2006, James has played 259 consecutive playoff games (Michael Jordan maxed out at a measly 179 playoff appearances in a row). And with another championship, he’s strengthening his case as the ultimate GOAT.

So where can you score Lakers Championship merchandise?

FOCO, a fan merchandise company that makes our favorite face masks for sports fans, released a ton of great Lakers merchandise just minutes after the team’s Sunday night victory. If you want to score some awesome gear to celebrate this big win, you’ll want to check out the Lakers merch on FOCO before it sells out. 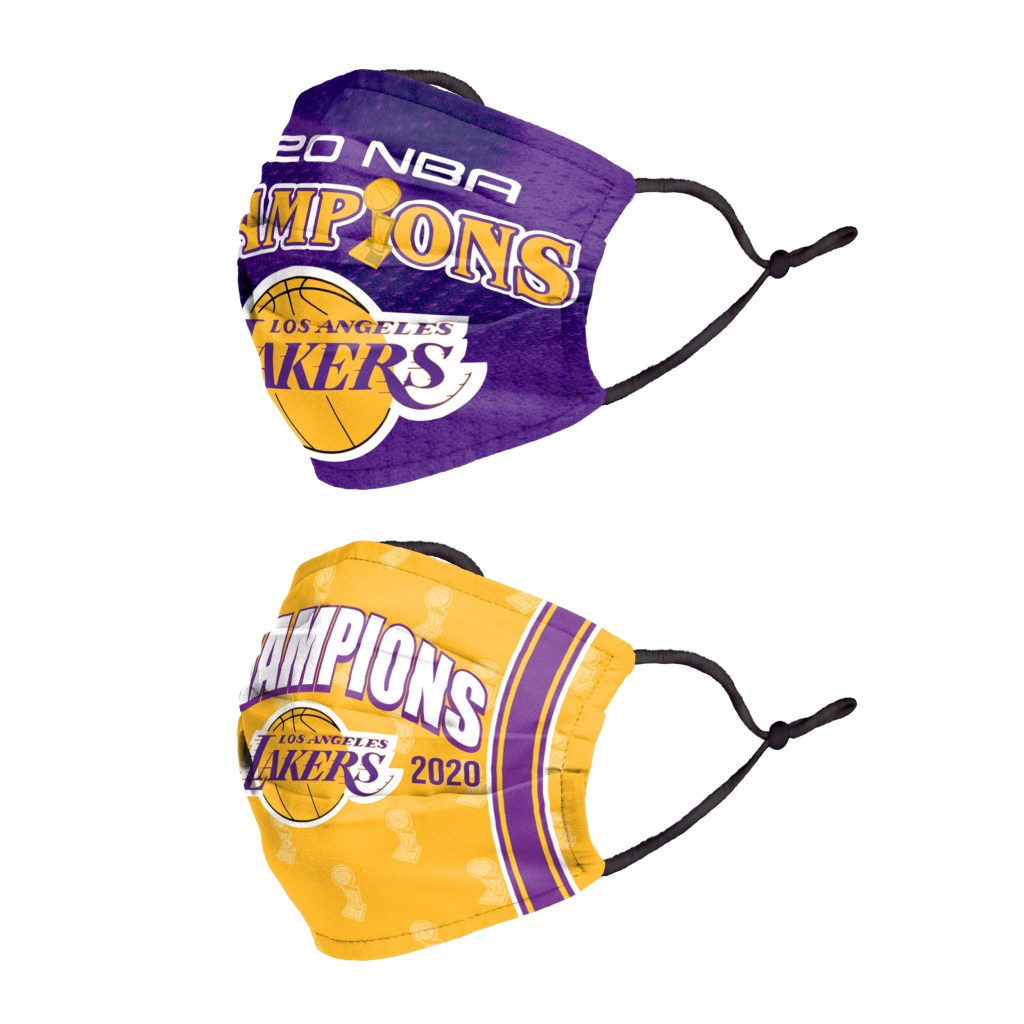 In addition to face masks, shirts and hats, FOCO is also known for its NBA bobbleheads. You can head to FOCO’s Lakers fan shop to find bobbleheads featuring all of the team’s star players proudly holding the NBA Finals trophy. Personally, we’d go with the Lebron James Bobblehead, but you can choose a bobble for your own favorite player. And, if you’re a hardcore fan, you can even buy a three-foot version of the Lakers bobbleheads. 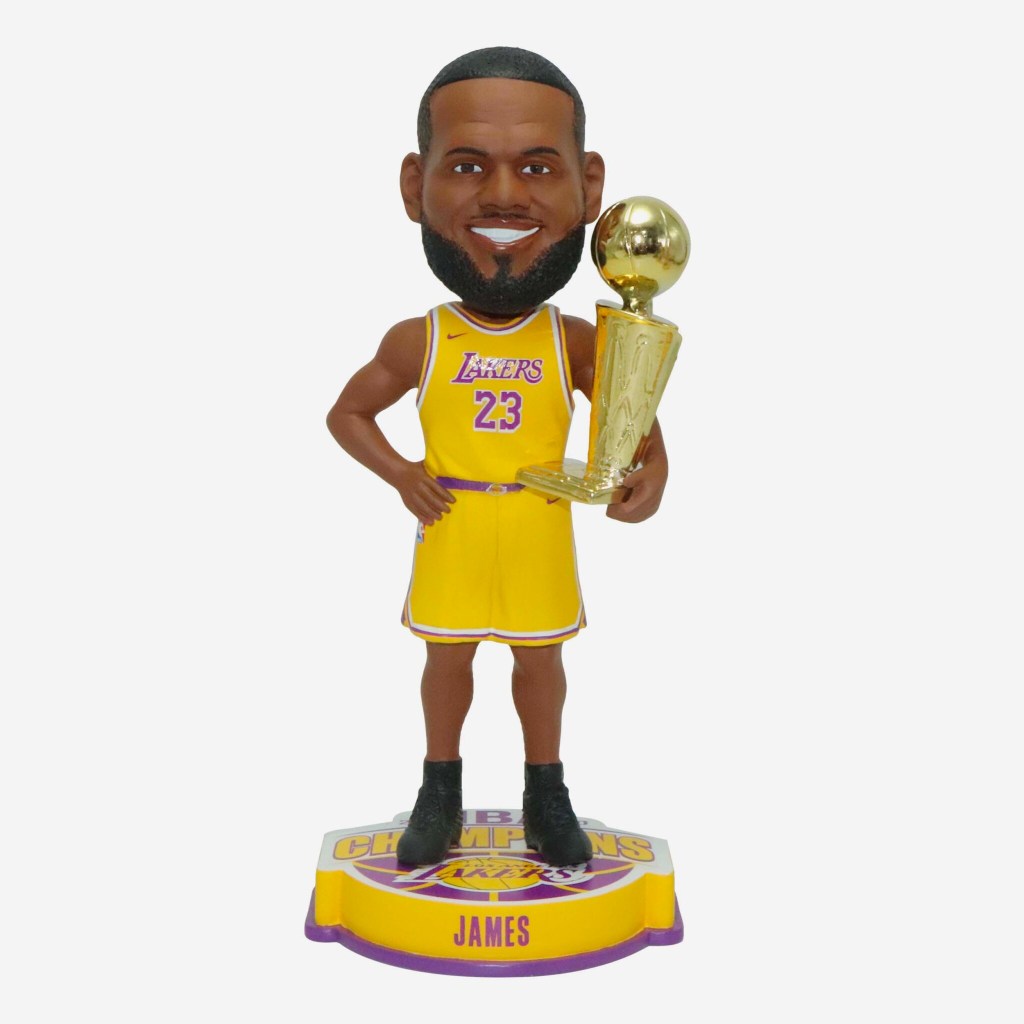 Neck gaiters are some of the best face masks for running and hitting the gym. If you prefer to wear this style of head covering, then you’ll want to pick up your own purple and yellow neck gaiters celebrating the Laker’s 2020 Finals win. 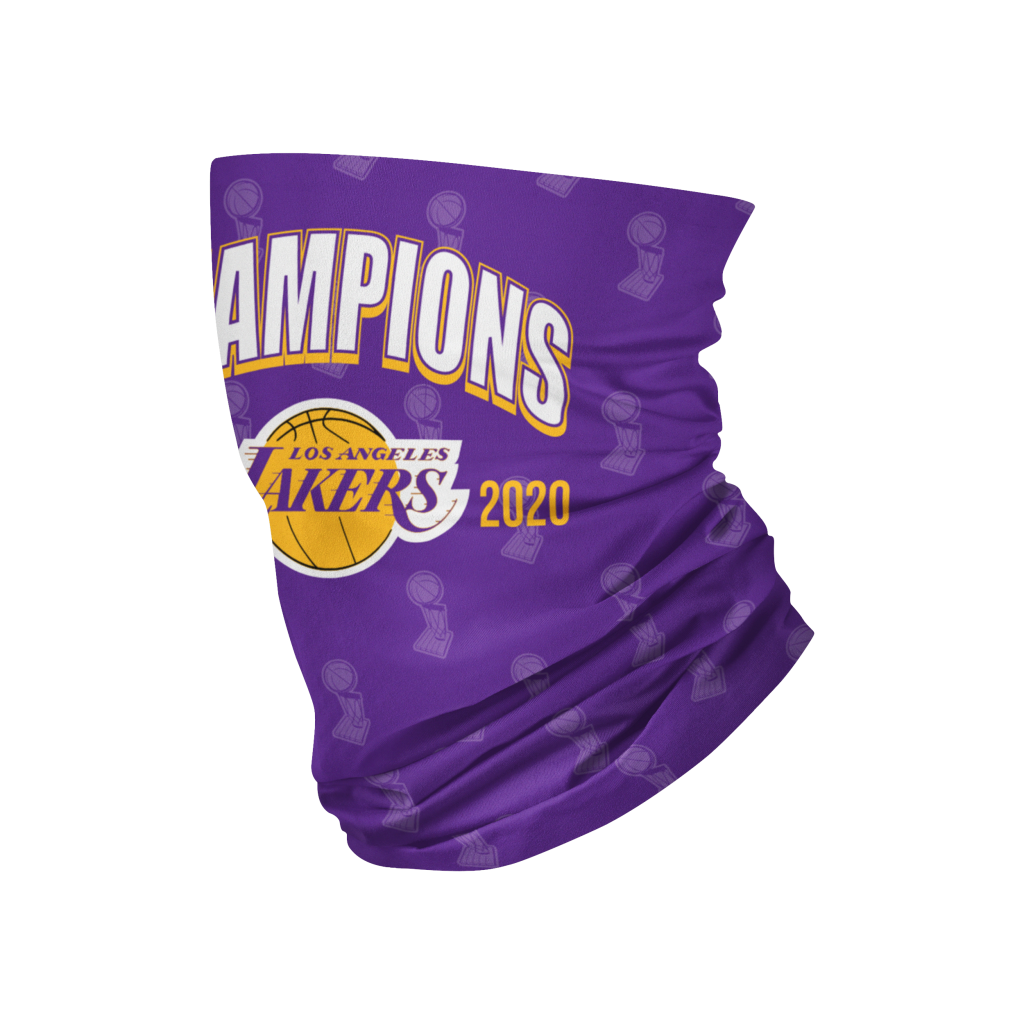 Want to keep the celebration going? Then buy this Christmas ornament featuring the LA Lakers. Better yet, buy one for every Lakers fan on your shopping list. 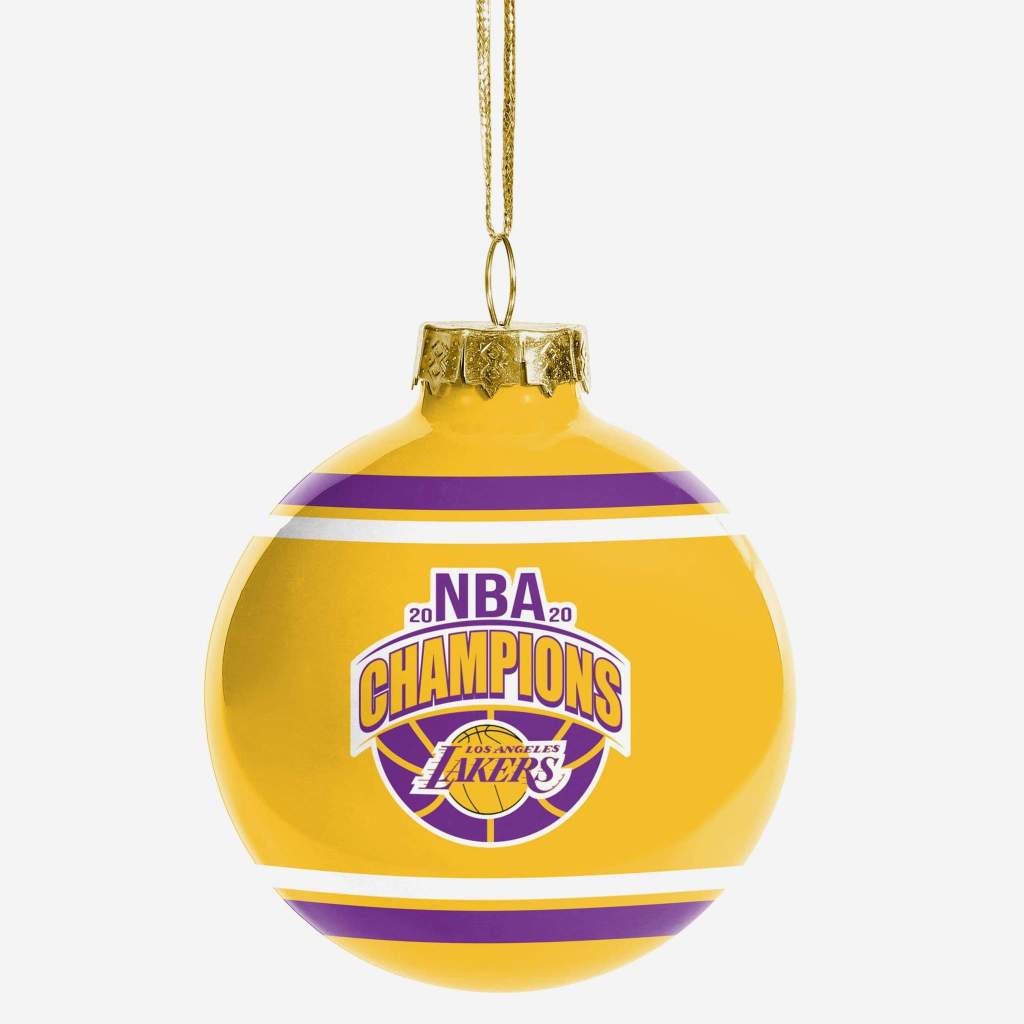 It may seem bizarre, but we’re very confident that these Lakers straw hats are going to sell out, and fast. The last round of these hats certainly did. Cuban and straw hats have been really popular in 2020, and it’s a fun way to show off your team pride. Pick up this Lakers Championship merchandise while you still can! 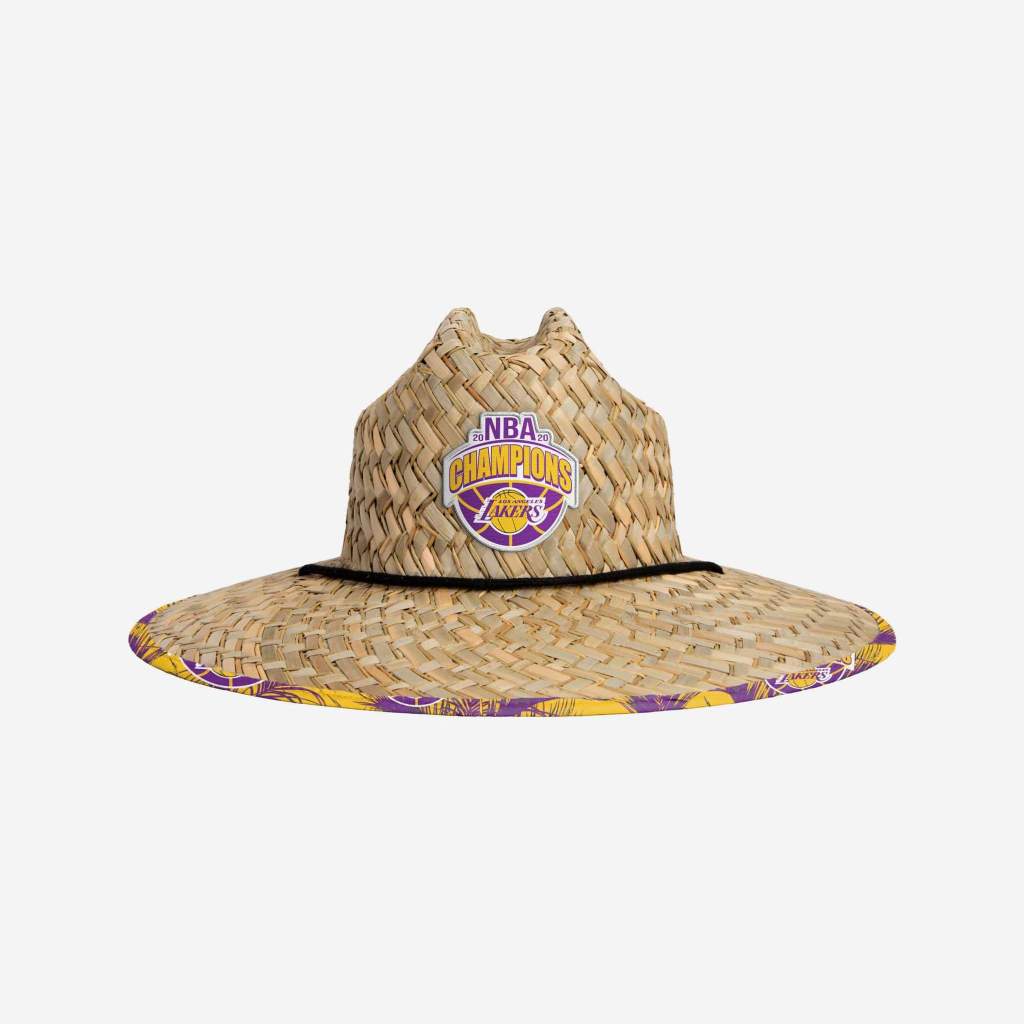