In case you’ve missed all the hype, Hulu just released the season finale of Little Fires Everywhere, and it’s already getting quite the buzz online.

The show, starring Reese Witherspoon and Kerry Washington, is an adaptation of the book by Celeste Ng that was an instant New York Times bestseller in 2017 when it was published. The book was also the winner of numerous literary awards including Amazon’s best novel of 2017 and Book of the Year from NPR, Barnes & Noble, Buzzfeed and many more.

The Hulu adaptation was released at the perfect time — right as the entire nation was entering lockdown and was in desperate need of diverting streaming content.

The story follows the lives of two families living in Shaker Heights, Ohio, a calm and progressive-ish Cleveland suburb where everything is neatly organized. Elena Richardson, the matriarch of one of the families, is a big fan of rules and lives by them religiously. When Mia Warren, an off-the-grid artist, arrives with her teenage daughter, their lives quickly become entangled in strange and surprising ways.

That may seem like a fairly normal setup for a family drama, but Little Fires Everywhere is addicting television. The show starts with the Richardson mansion burning to the ground because of a mystery arsonist, and the show sucks you into its world from the get-go.

The television show features substantial changes from the novel’s narrative, most notably by changing the race of Mia and her daughter and giving Izzy, the Richardson family’s youngest child, a more fleshed-out backstory.

The shocking ending to the series also deviates from the novel pretty significantly and has shocked fans and critics alike.

If you haven’t seen the show yet, you can binge-watch to your heart’s content by signing up for Hulu at the link below. All eight episodes of the first season, including the finale, are now available to stream. Technically, by taking advantage of the free trial, you can watch Little Fires Everywhere online for free.

You can also purchase and read Ng’s bestselling novel on Amazon. We recommend experiencing both to compare and contrast the two distinct stories. It’s a novel that touches on race, familial relationships, adolescence, motherhood and socioeconomic status, and, of course, arson. It’s exciting, touching and the perfect diversion from this stressful era of human history. 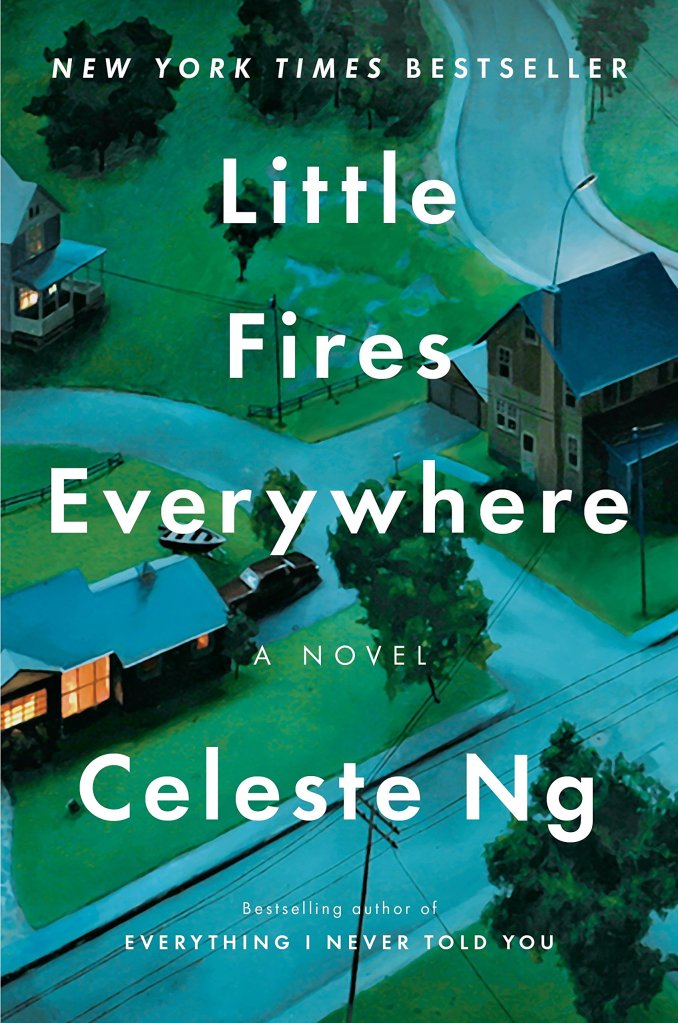