If you’ve been waiting since last December for The Mandalorian to return to Disney+, your lucky day has arrived. And if you haven’t watched it at all, it’s time to stop putting it off. The hit show follows an unidentified bounty hunter simply referred to as Mando around the Star Wars universe, and last year it introduced the world to The Child, aka Baby Yoda.

As of Friday, October 30, The Mandalorian  Season 2 premiere is currently available to stream. Directed by showrunner Jon Favreau, this episode does not hold back, and it has some big surprises in store (don’t worry, we won’t spoil them).

How To Watch The Mandalorian Season 2

You can head to Disney+ to start streaming The Mandalorian right now. Unfortunately, Disney+ no longer offers a free trial, which means you’ll need to sign up for a monthly or yearly subscription to start watching.

However, with monthly subscriptions starting at just $6.99, it’s an affordable streaming service, especially considering it gives you full access to TV shows and movies from Pixar, Star Wars, National Geographic and Marvel. You can also bundle in Hulu and ESPN+ for just $5 more. Disney+ is pushing the latter option on new customers, but if you look carefully, you can find the $6.99 option on the Disney+ sign-up page. 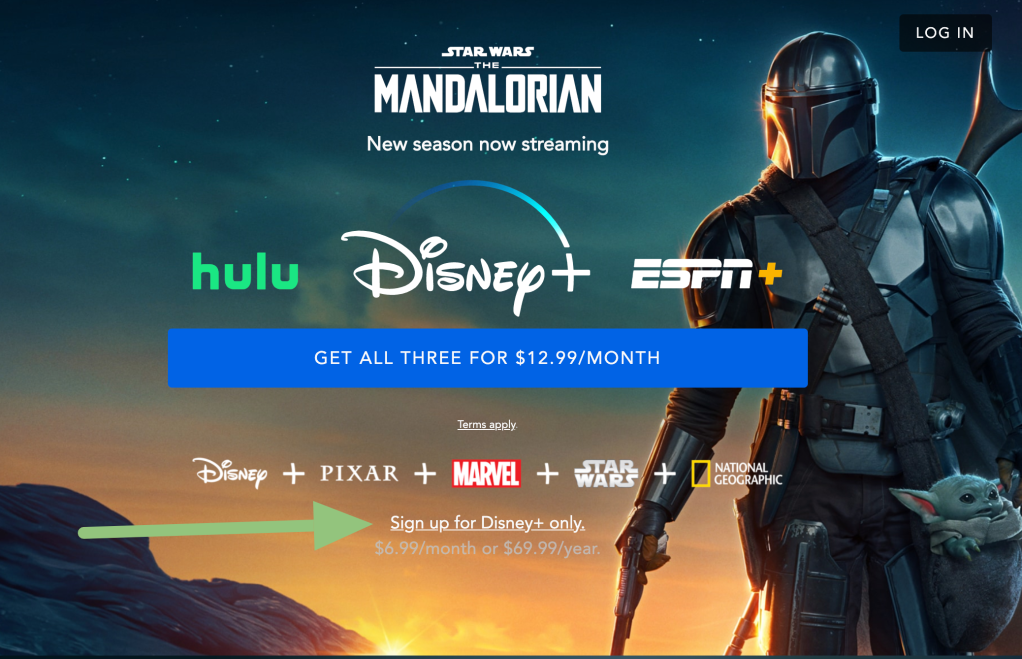 What’s New on Season 2 of The Mandalorian?

We don’t want to give away any spoilers about the season premiere. What we will say is that Season 2 adds Timothy Olyphant to the cast, and if you’ve ever seen him in HBO’s Deadwood or FX’s Justified, then you know his being on The Mandalorian objectively rules. Olyphant plays a character called the Marshal, and without giving too much away, he fits right into the world laid out by the show.

New characters and plot twists aside, you can still expect plenty of Mando and Baby Yoda getting themselves into some major predicaments which they must find their way out of. Giancarlo Esposito will also return as Moff Gideon the leader of the mysterious Imperial Remnant. Carl Weathers will also reprise his role as Greef Carga, as well as direct one of Season 2’s upcoming episodes.

While you can only watch the premiere right now, seven more episodes of The Mandalorian will be rolling out every Friday from now until the season finale on December 18.

If you’re anything like us, you’ve probably blown through everything the streaming services have to offer, so it’s exciting to have a new show to look forward to. Grab a bowl of popcorn, a refreshing drink and enjoy.

The Best Funko POP! Figures to Flex Your Inner Fanboy