LEGO … it’s so much more than just a kid’s toy. Those iconic blocks have been around for more than seven decades now, bringing joy and endless hours of entertainment to all who build with them. Is it any wonder that these bricks have evolved from bricks that you build simple houses with to lavish (and expensive) sets that are available to purchase around the world?

According to one study, some LEGO sets and Minifigs (aka those tiny LEGO men and women that come with the sets) are so beloved and so rare that they’re actually a better investment than gold. They’re also a hot commodity on the black market, and some sets have snatched more than $10,000 from avid collectors.

So what makes a set so valuable anyhow? Well for one, some of these creations are jaw-dropping once you’ve put them together (here’s looking at you, LEGO Taj Mahal). Others are hard to find or rare, and collectors have gradually driven up the price over the years (we see you, pretty much every original Star Wars LEGO set ever made).

Unless you’ve got a special savings account set aside for LEGO endeavors and investments, odds are you won’t be shelling out thousands of dollars on a new (or rare) set. Still, there are some pretty pricy ones out there that you may want to keep an eye on in case they do ever come back up for sale, somewhere.

This set was released in 1978 and included 767 pieces along with 14 minifigs representing all kinds of castle life. Since then the retired set has clearly skyrocketed from its original $49.99 retail price tag, but even opened and used sets can still go for up to $500 today. 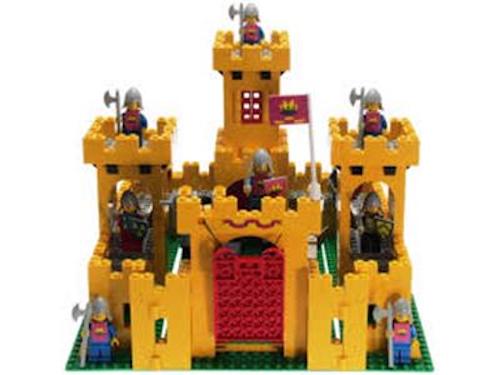 This 173-piece set included four minifigs (two that are exclusive to the set) when it was released in 1979. The original retail price was $24.99, and it’s had an average yearly gain of about 13% since then. Brick Economy reveals it hasn’t seen an unopened set in more than a year, which means it could be worth even more than the estimated value. 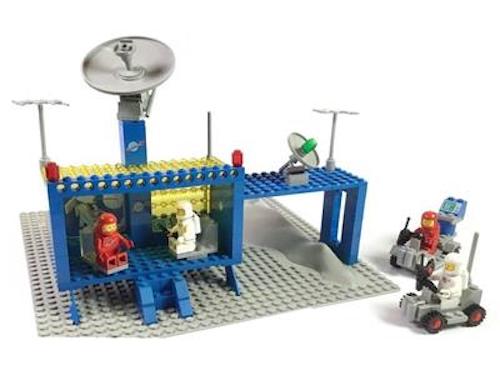 Who knew that one little minifig could nab nearly five grand not even a decade after it was released? This golden Pennybags-like figure was originally part of a 2013 collectible Series 10 release that included eight pieces. Only 5,000 Mr. Golds were ever produced for the series, which makes a new and factory-sealed version of this little guy worth quite a bit of coin. 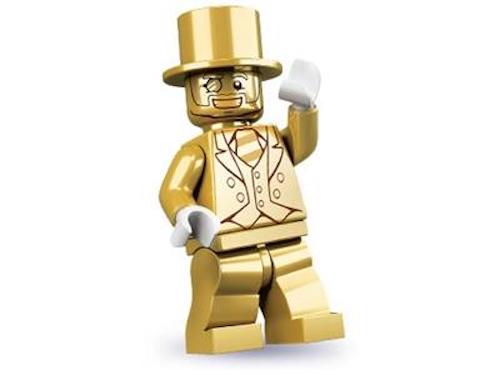 The Most Expensive LEGO Sets

LEGO Star Wars sets always go for a pretty penny, and this hard-to-find collector’s item is no exception. If you’re into storing sets and seeing how they appreciate over time, definitely don’t open this box. But, if you’re in it for the fun of building your own Star Destroyer replica then this set won’t disappoint. With 4,784 pieces, it’s one of the largest LEGO sets ever built, and it comes with its own display stand and fact plaque for the exhibitionists out there. 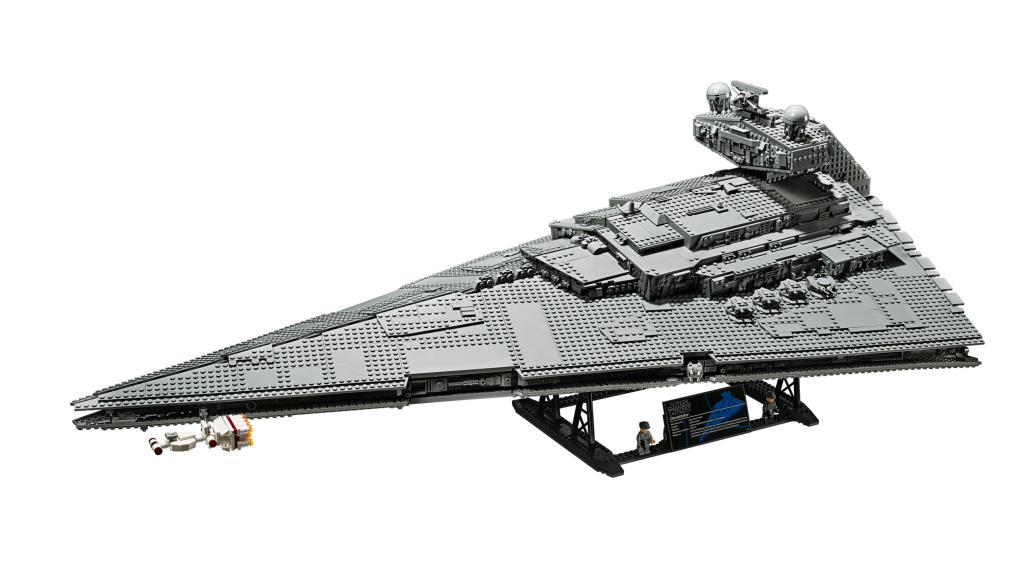 You may be dreaming of a trip to Rome but in the meantime, you can recreate the experience with this impressive set that somehow manages to incorporate all of the original’s iconic details. It comes with 9,036 pieces and a 92-page instruction manual, so you really have to be in it to win it if you plan on building out this particular creation. 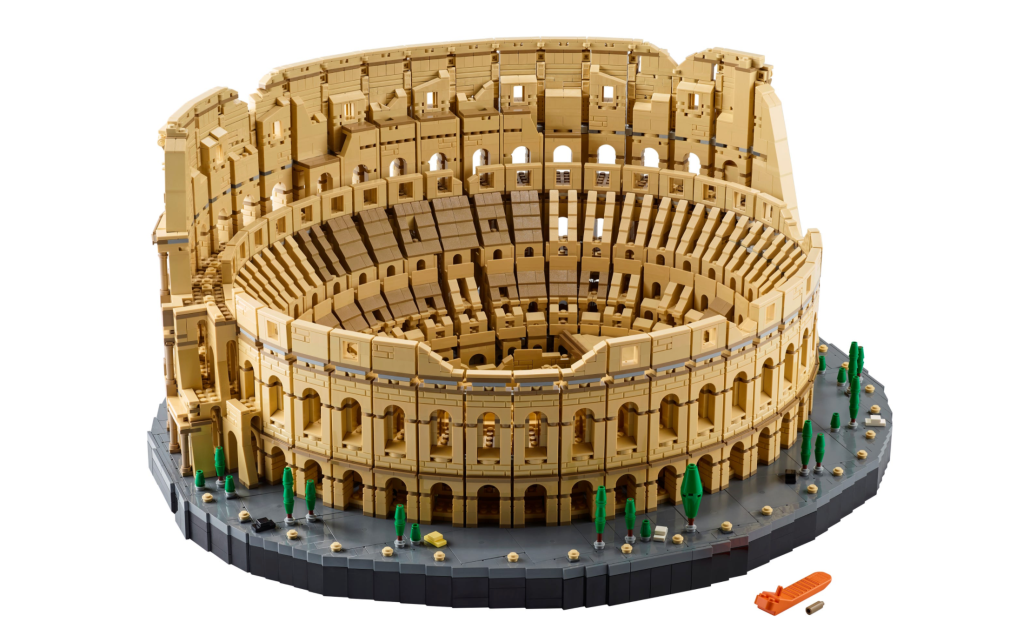 You don’t have to be a Harry Potter fan to appreciate the intricacy of this 5,544-piece set, or the fact that one day it could be worth a lot of Gringotts gold. For now, the fans out there can have fun recreating the iconic storefront where Harry and his friends shop for their wizarding supplies. It’s the most detailed Diagon Alley set LEGO has released to date, and it includes four exclusive minifigs: Gilderoy Lockhart, Florean Fortescue, Lucius Malfoy and the Daily Prophet photographer. 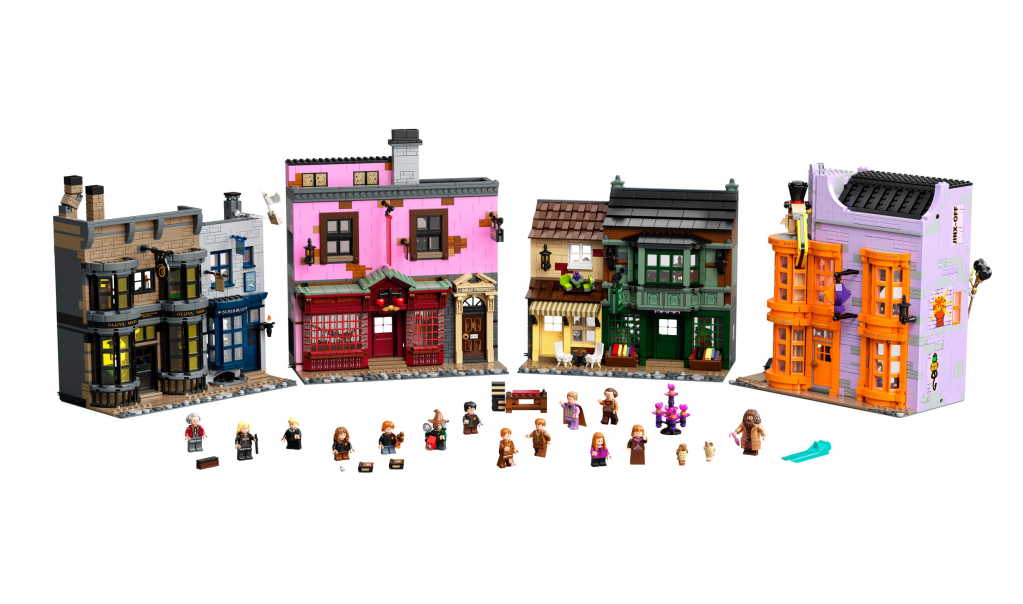 Another hard-to-find item in the LEGO vault of cool collectibles, the Hogwarts Castle comes with more than 6,000 pieces to recreate a micro-scale model of the magical building first introduced in the movie series. Naturally, there are plenty of details within, including a Chamber of Secrets and The Great Hall, not to mention the infamous Whomping Willow and Hagrid’s Hut. True fans will also appreciate the fact that this expensive LEGO set comes with 27 microfigs, not to mention minifigs of all four heads of the famous wizarding houses. 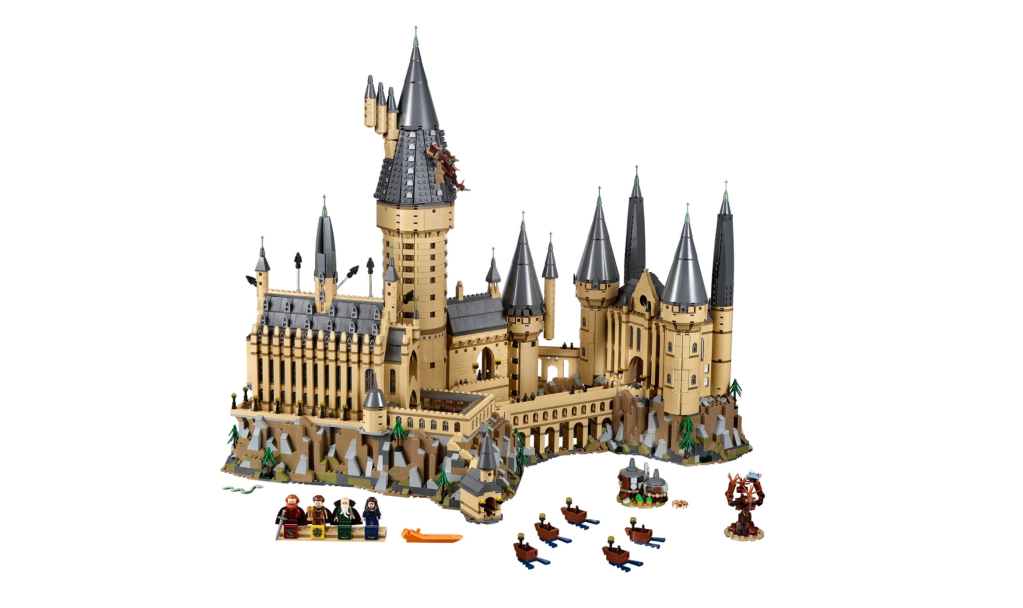 Calling all futball fans, this expensive LEGO set is for you. The notorious stadium is the home of FC Barcelona, and now it can also live in your home, rent-free. There’s a heck of a down payment and a lot of building required, but with 5,509 pieces that lock together to recreate authentic features (the Barça bus!), a scoreboard and five separate structures, it may be worth it for fans who can’t wait to replicate all of that soccer action. 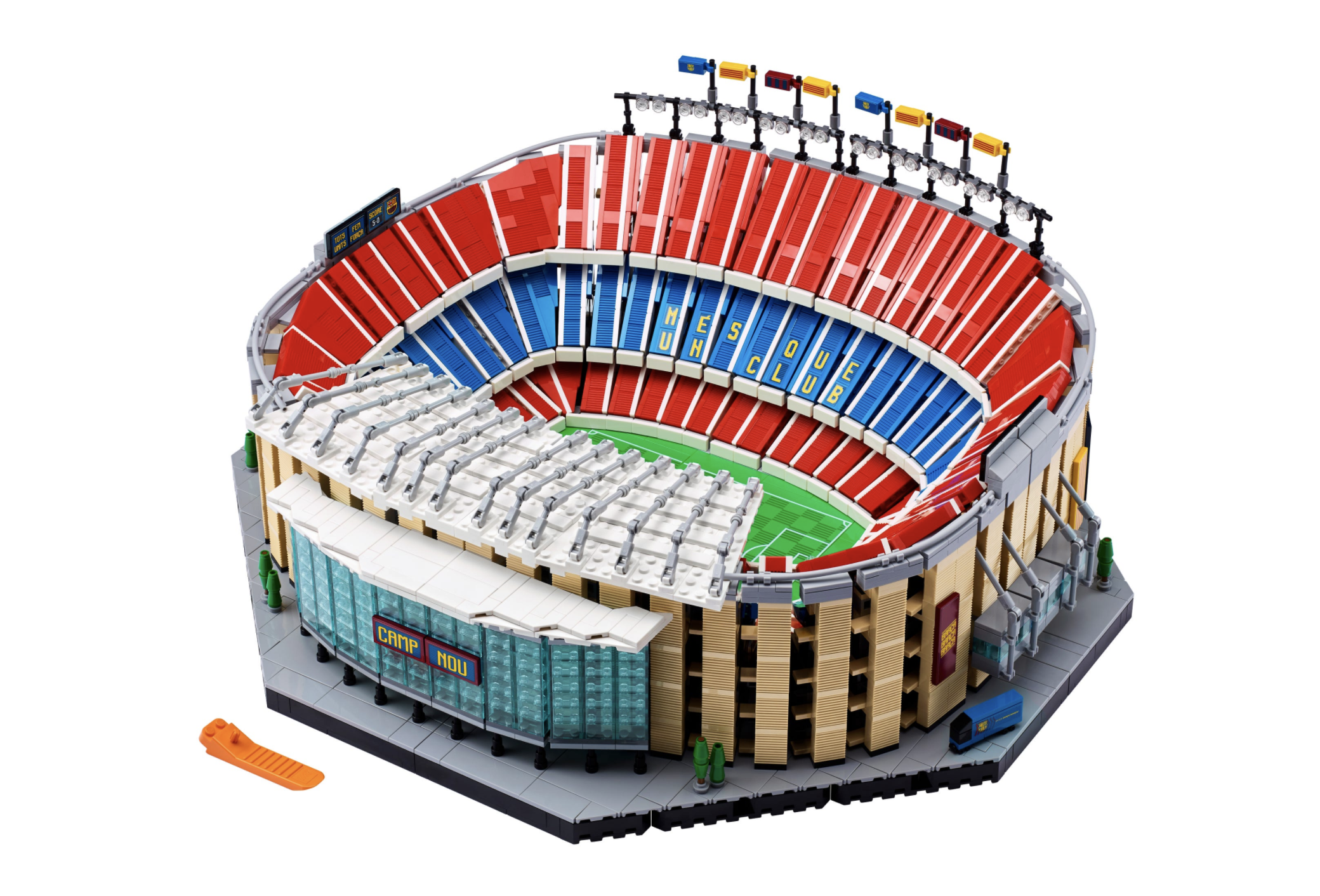 Recreate the magic of Disney in your own living room with this expensive LEGO set replica of the world’s most famous castle. Minnie, Mickey and the rest of the gang are included, of course, but the 4,080-piece set is also brimming with cool details like film callbacks, a fireworks function and tons of secret compartments. It stands at more than two feet tall, so if you are planning to build it out, make sure you’ve got enough shelf space for when you’re done. 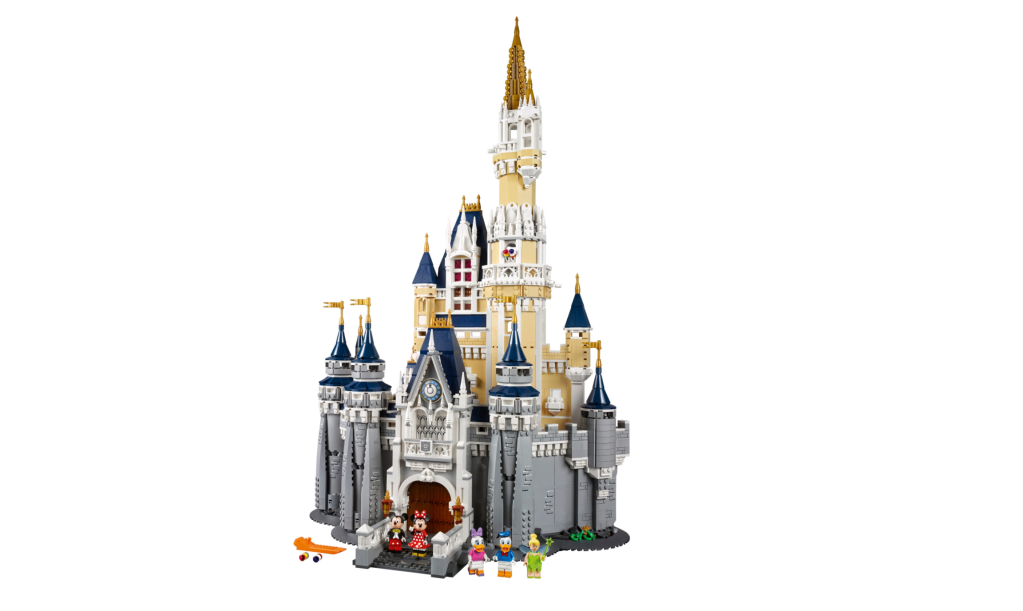 Kids and kids-at-heart can get down and dirty building this trial truck, which is more than just an exciting build. The 2,110-piece design also features authentic details like working suspension on all of the wheels, along with a service hatch, hood and cab doors that open to reveal even more details. You can also use the app to engage the differential locking, and so why wouldn’t you want to build this one instead of storing it away in some closet? 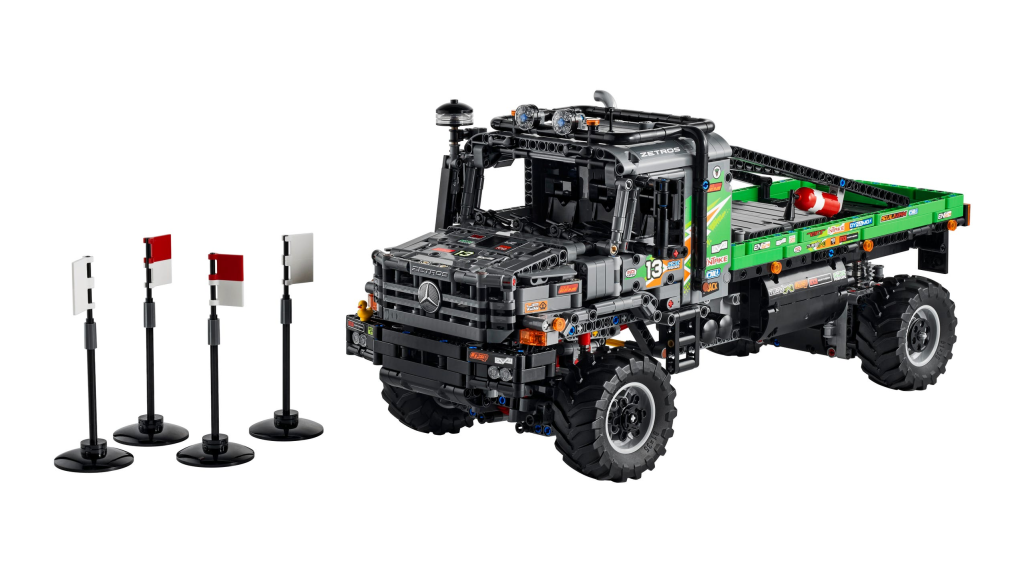 One of the most recent additions to the LEGO Batman universe, this tumbler drops on Nov. 1 but is available for pre-purchase now. The Dark Knight branded vehicle set comes with a sturdy base so that you can display the 2,000-plus pieces in all of their assembled glory, but be sure to take the car off every once in a while to play with the opening roof or the included Batman and The Joker minifigs, which are equally iconic. 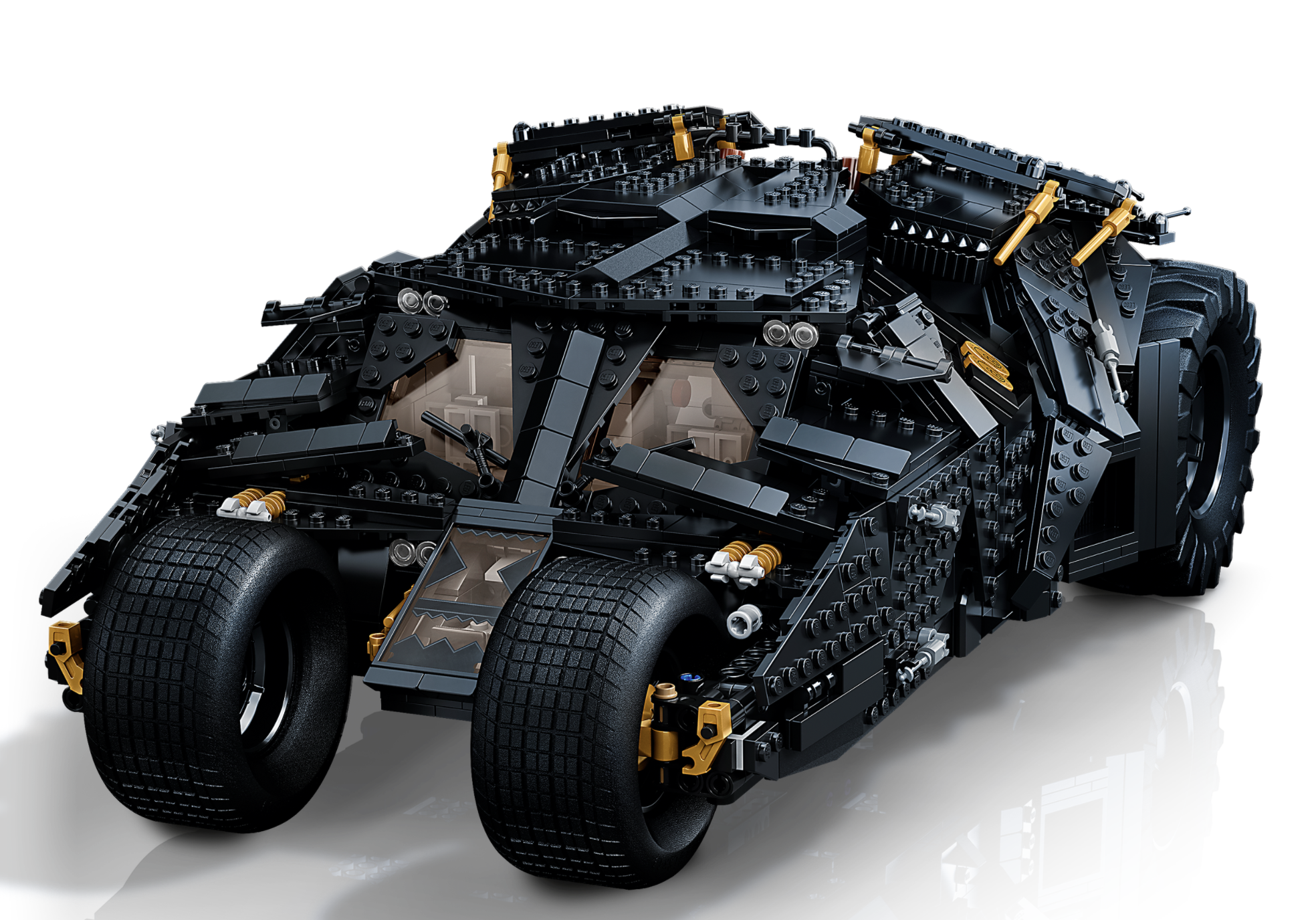 You get more than a standard police station with this 2,923-piece expensive LEGO set. In fact, you get a whole world of winky, copper fun. There’s a donut shop, of course, not to mention an investigation board, a three-story fire escape and a mug shot station so that you can practice taking snaps of all five of the included minifigs. 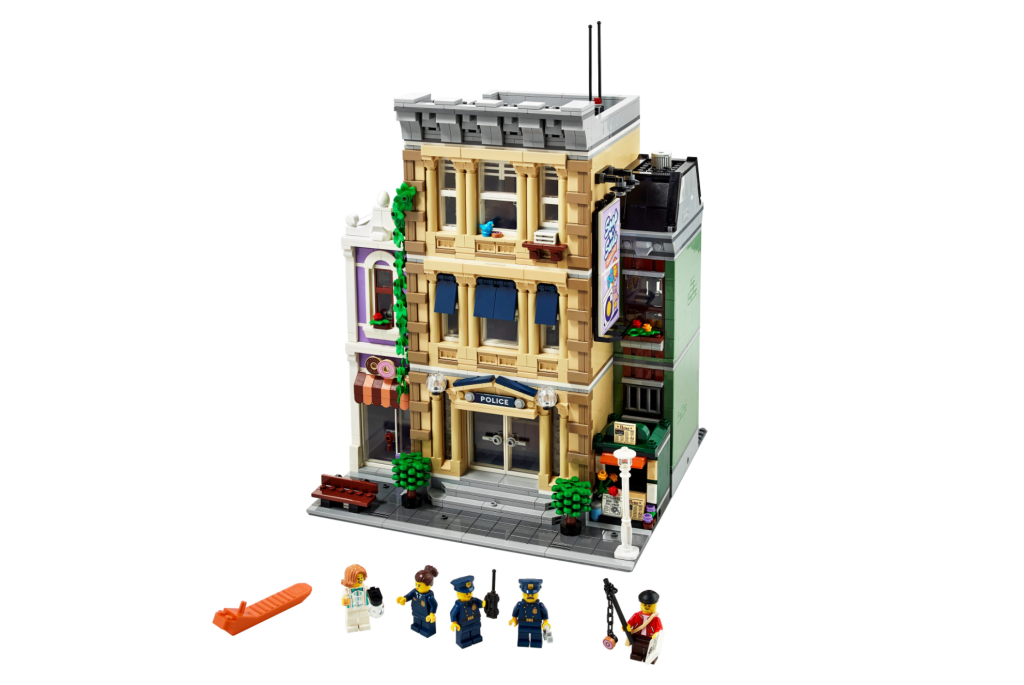 Hit the road with this clever camper redesign, which features all of the fun features that make traveling across America in an RV so memorable. There’s a tiny sink and kitchen area, along with a “peace” sign along the exterior and a surfboard because … well, you just never know. Altogether there are 2,207 pieces to put together, which should be enough to busy you the next time you’re dreaming up the ultimate road trip. 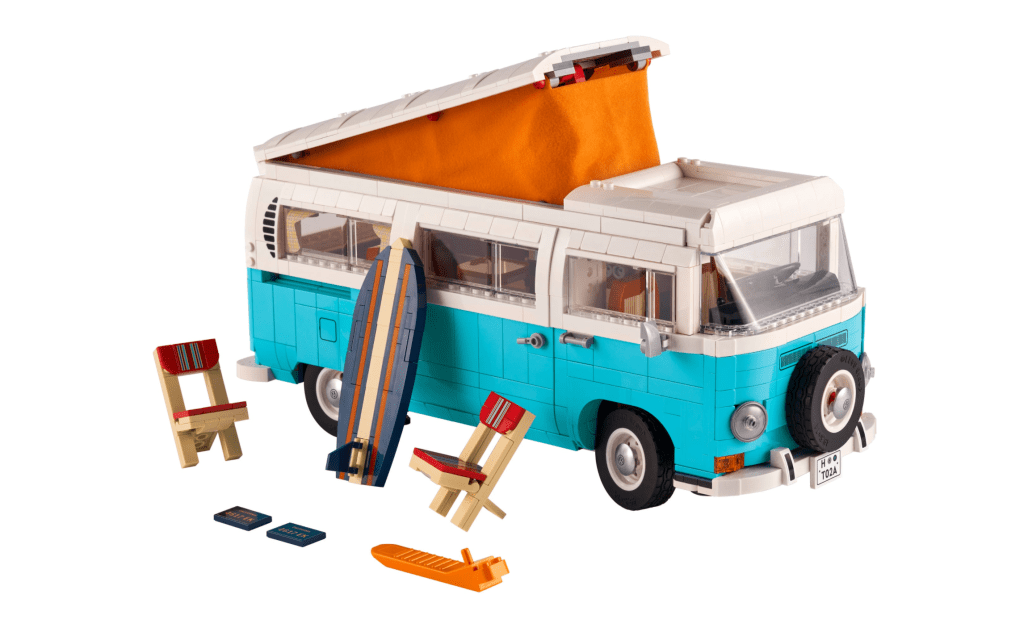 The Best LEGO Sets for Adults, Because Grown-Ups Need Toys, Too