As a group of individuals willing to embrace our inner child, we here at Spy can appreciate a good Nerf war. But until now, there was one truth to the best Nerf guns that was as certain as death and taxes: they always fired in a straight line.

That’s all about to change.

Nerf’s new Rival Curve Shot collection of toy guns lets you impossibly bend your shot around objects and hit targets that would otherwise be out of reach, adding a new dimension to what you can accomplish on a foam-filled battlefield.

Just take a look at this GIF to see what we mean.

In a heated Nerf war, this means you can surprise an enemy who thinks they’re in a safe position. All you have to do to change the trajectory of your shot is twist the barrel of the Rival Curve Shot so that the sight is oriented left, right or downwards. The shot will bend in the corresponding direction and your foe will be left wondering what the hell just happened.

As it stands now, two of the Nerf blasters in the Rival Curve Shot collection are available to buy now, and a third model will be available in the future.

First is the Nerf Rival Curve Shot Flex, which is a spring loaded pistol-type Nerf gun that lets you load and fire foam balls one at a time. This would be a light and compact model that would make for a great secondary Nerf blaster in a tight space. 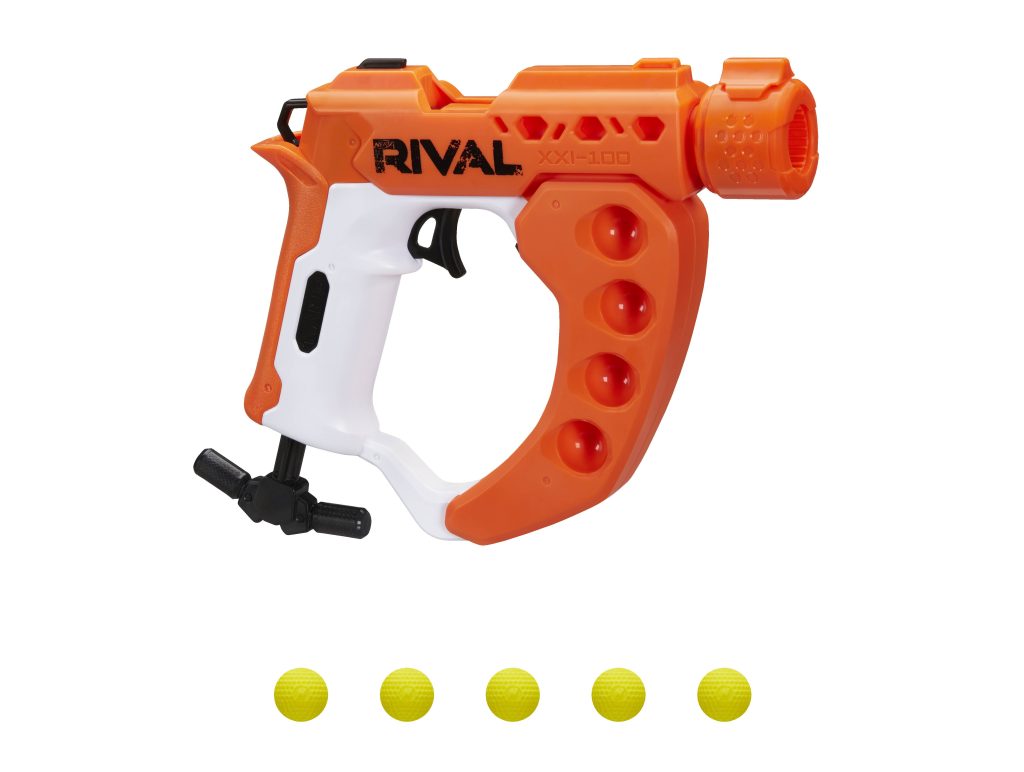 Next is the Nerf Rival Curve Shot Sideswipe which gives you a magazine of 12 Nerf balls that you can quickly fire off thanks to a bolt-action mechanism. And if you can find a bit of time and space to line up a precision shot, this is the Rival Curve Shot you want to be toting around thanks to the addition of a stock for added support and accuracy. 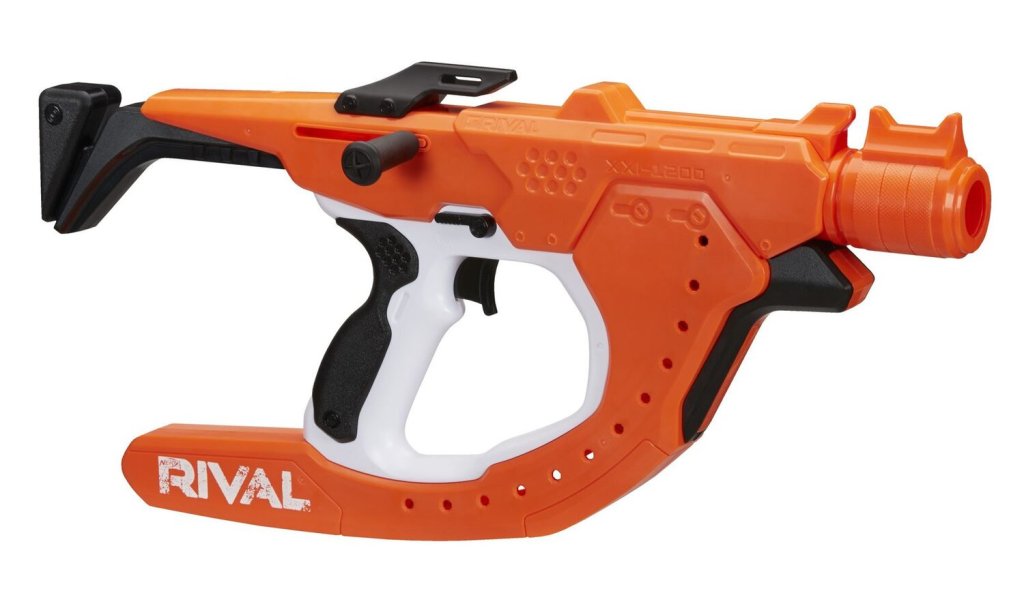 Finally, there’s the Nerf Rival Curve Shot Helix, which will be available in August and is the gun best equipped for marauding through enemy lines. Not only does this Nerf gun hold 20 balls, but it has a pump-action firing mechanism which lets you quickly and easily fire off rounds without having to reposition your hands. 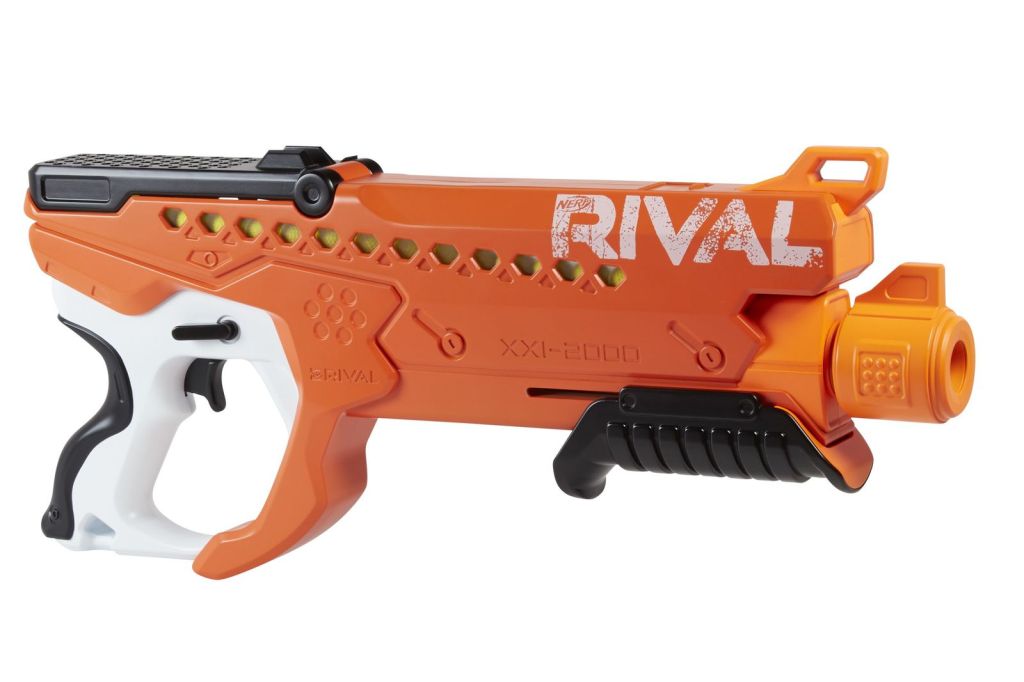 It’s also worth noting that all three Nerf guns can fire off foam balls at a speed of 90 feet per second, which is damn impressive.

Now it’s also worth noting that while this new ability to curve shots is mind-boggling and incredible, it’s also not magic. So no, you can’t fire a ball down a short and narrow passage and expect it to bend 90 degrees on a dime. The more space you have, the more dramatic the curve effect will be.

So even if we may not be able to defy gravity, manipulate space-time or sustain a fusion reaction, we can now bend our Nerf shots, which is very obviously the best alternative.