Earlier this year, Netflix announced that it had lost subscribers for the first time in a decade during Q1 of this year and anticipated losing additional 2 million customers by the end of Q2. However, despite its dwindling customer base, Netflix has still managed to hold onto its status as the number one streaming service, with The Verge reporting that it currently counts about 221.64 million people as subscribers.

While it isn’t immediately clear why the company is down so many viewers over such a short period, one could speculate that there was likely an influx of subscribers who signed up en masse during the lockdown phase of COVID-19 only to cancel after heading back to work and school. Netflix additionally suspended access to over 1 million subscribers in Russia amidst the war in Ukraine, per Variety.

In March, the company also announced that they would be cracking down on password sharing and would seek to charge additional fees for those sharing their log-in info with members outside of the household.

Couple this with the fierce competition coming in from newer streaming services and platforms like HBO Max, Hulu, Peacock and Disney+, and it’s easy to see why the numbers may have taken a temporary plunge.

However, despite these setbacks, Netflix has still managed to maintain its position as the number one streaming service around — and, we can think of a few very good reasons why.

The debut of Stranger Things Season 4 recently broke the Netflix premiere record with a total of 287 million hours viewed from May 23 to May 30, overtaking Season 2 of Bridgerton, according to Deadline. With Volume 1 racking up these kinds of numbers, there’s no stopping Netflix when Volume 2 of the penultimate season drops this July. That said, Season 5 of Stanger Things is guaranteed to be a huge draw for Netflix.

In April, Deadline shared that Season 2 of Netflix’s hit series Bridgerton had been crowned the most-watched English-language series with 656.2 million watched hours in the first 28 days until it was later surpassed by Stranger Things Season 4 at the end of May.

Bridgerton Season 2 even outperformed Season 1 itself, which garnered 625.5 million hours in the same timeframe, according to Deadline. With the series already renewed for a third and fourth season, there’s no doubt that fans will be tuning in in droves.

The Squid Game series was watched for over 1.65 billion hours total hours within the first 28 days of its release, according to CNET. With Season 2 of Squid Game rumored to debut in 2023 or 2024, Netflix will have no problem keeping subscribers tuned in. 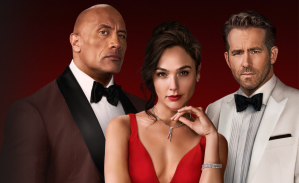 With these original shows and films — many of which have upcoming seasons and sequels — Netflix will likely stay ahead of the streaming game for years to come.

What to Watch in June: The 33 Best New Streaming Releases on HBO Max, Paramount+, Disney+ and Netflix