The NFL has officially joined the ranks of the MLB and NHL and gone all-in on a streaming service. NFL+ launched earlier this summer ahead of the new season; not surprisingly, fans have quite a few questions. Chief among them — do I really need to download yet another streaming app?

Well, for anyone questioning whether the new NFL streaming app is worth it, we have a simple way to decide.

If you answer yes to the following question, then we think you should download NFL+ before the regular season starts:

Are you emotionally invested in your fantasy football league?

If you answered in the affirmative, then we think you should pay the $4.99 price of admission. You’ll be able to watch any game, wherever you are, all season long. For serious fans, that outweighs the downsides of the app.

If you answered in the negative, then there are plenty of other ways to watch NFL games. (Check out the SPY guide on How To Watch the NFL Without Cable in 2022-2023.)

Read on to learn everything you need to know about this new streaming service and whether you should invest before the new football season kicks off this fall.

NFL+: At a Glance

What Is NFL+? NFL+ is the new streaming service from the National Football League. It replaces NFL Game Pass and is available in two tiers: NFL+ and NFL+ Premium.

Previously, NFL games were split between three separate streaming apps — Peacock Premium, Paramount+ and Prime Video, making it difficult for people without cable TV (or digital TV antennas) to watch every game. This year, NFL+ promises to put all the games in the palm of your hand. 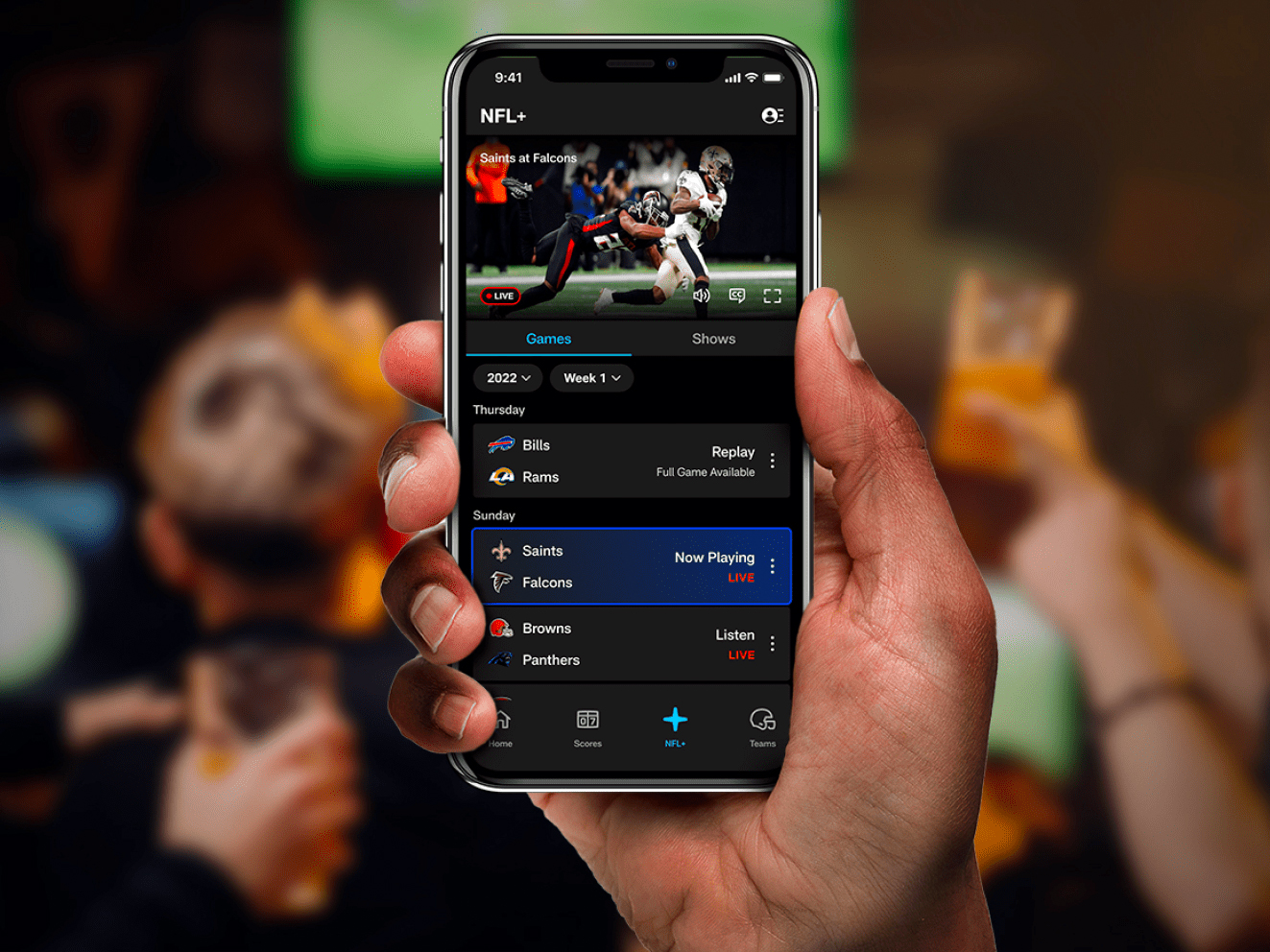 What Kind of NFL Library Programming Is Available on NFL+?

There is a comprehensive library of on-demand content already available on NFL+:

How Much Is NFL+?

Does NFL+ Offer a Free Trial?

Yes, like many streaming services with free trials, you can take NFL+ out for a spin before purchasing. NFL+ comes with a free, seven-day trial. After that, you will be charged with your first monthly bill.

What If I Was an NFL Game Pass Subscriber? 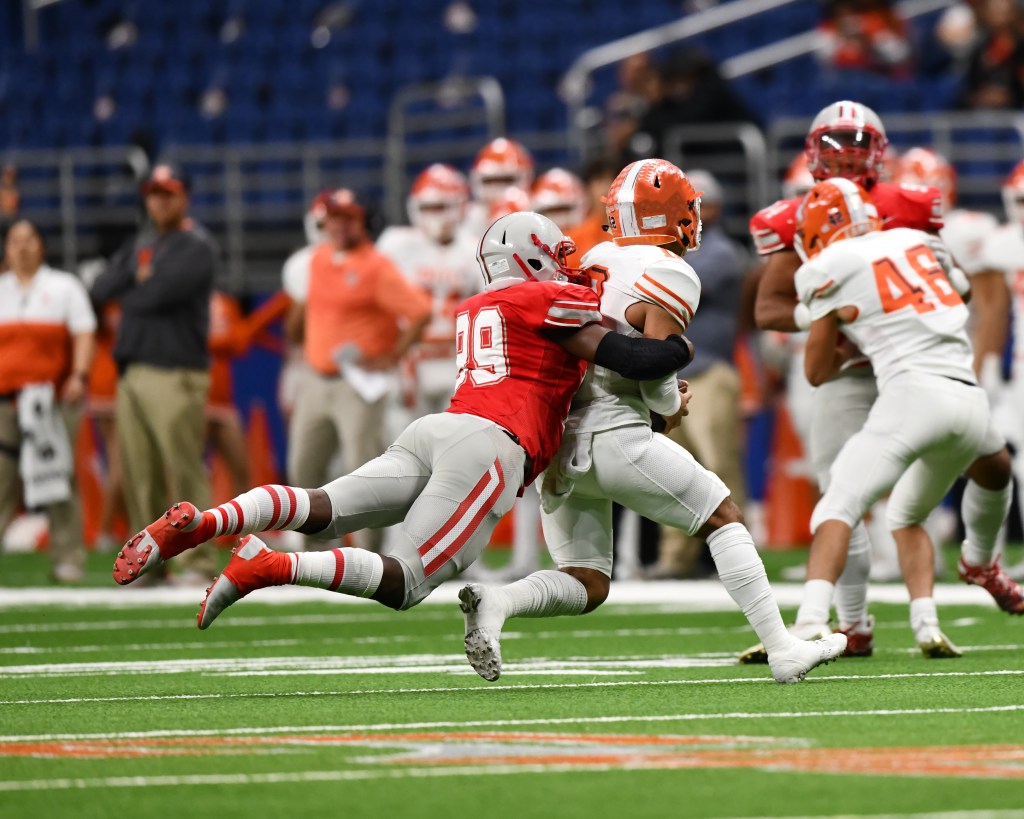 When Did NFL+ Launch?

The service officially went live on July 25. “Today marks an important day in the history of the National Football League with the launch of NFL+,” said NFL Commissioner Roger Goodell in a release. “We look forward to continuing to grow NFL+ and deepening our relationship with fans across all ages and demographics, providing them access to a tremendous amount of NFL content, including the most valuable content in the media industry: live NFL games.”

Do I Need NFL+ to Watch My Local Football Games?

No, you don’t — at least not yet. The NFL has local broadcast deals for the next seven to 11 years, so any local games you access with your regular cable or streaming service subscription (Peacock, Paramount+) will remain available to you for some time.

If viewership habits change significantly or it’s worth it, the NFL will reconsider offering exclusive games to NFL+ subscribers.

When Does the NFL Season Kick Off?

Which Devices Can I Watch NFL+ On?

NFL+ is available on a web browser and via the NFL App (which you can also access on Amazon Fire TV). So far, the following devices have been tested and optimized with NFL+:

Yes and no. At the time of launch, most NFL+ content is only available on a device, and you won’t be able to access it on your TV. Furthermore, Chromecast, AirPlay, mirroring and HDMI adapters will not work. Some NFL+ content, such as game replays, live game audio and on-demand programming, is available through your TV or connected device from the NFL App.

How Many Concurrent Streams Does NFL+ Offer?

There is no limit to how many concurrent streams you can have with an NFL+ subscription.

Does NFL+ Come With DVR Functionality?

It does not. However, a Premium subscription allows you access to replays of every game of the season.

Unfortunately, no. The NFL is currently shopping around its Sunday Ticket package (in which viewers can access all out-of-market games on Sundays). Traditionally the package costs about $300 per year. It was available on DirecTV.

So far, Apple, Amazon and Disney have put in bids.

The Verdict: The Streaming App Pro Football Fans Have Been Waiting For

If you’re a true football fanatic and don’t mind watching games on your device, then the streaming service seems worth it. The included library is also impressive, whether you want to learn more about the game, get access to insider perspectives or even improve your fantasy team skills.

However, the high yearly subscription cost rivals many other streaming services, which seems a bit pricey considering you cannot watch games on the big screen.