Summer is a great time to read. There’s nothing better than sitting on the beach, by the pool or lakeside and cracking open a really great book in the sunshine. There are so many choices out there for reading material from mystery novels to self help books, so it can be helpful to have your next volume vetted by a trusted fellow bookworm. One person I personally trust for recommending worthwhile books? Barack Obama.

The former POTUS just released his summer reading list for 2021 on Twitter and it’s filled with noteworthy authors we can’t wait to check out.

While we were still in the White House, I began sharing my summer favorites—and now, it’s become a little tradition that I look forward to sharing with you all. So here's this year's offering. Hope you enjoy them as much as I did. pic.twitter.com/29T7CcKiWZ

His list includes some books whose dazzling stories and poignant messaging have preceded them, and some that haven’t even been released yet but are available for preorder.

He’s included something for everyone on this list, from otherworldly fiction like To Klara and the Sun by Kazuo Ishiguro and heartbreaking nonfiction like Patrick Radden Keefe’s Empire of Pain: The Secret History of the Sackler Dynasty, that captures in wrenching detail the family behind the opioid crisis.

Here are some of the books and where to buy them, so you can flush out your bookshelves with Barry O’s recent reading material.

At Night All Blood is Black: A Novel

This novel tells the story of Alfa Ndiaye, a Senegalese man who winds up fighting as a “Chocolat” soldier in the French army during World War I, after having never left his village before in his life. After his friend and comrade is seriously injured in battle, Alfa descends into a realm of madness, and hatches a plan to sneak across enemy lines each night to kill a German soldier. Chaos ensues, and a gritty, horrifying tale of the extend of wartime toll plays out. 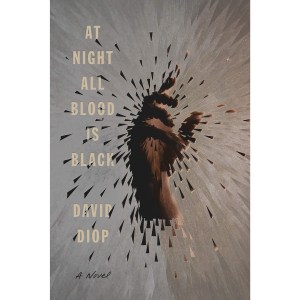 At Night All Blood is Black: A Novel

When We Cease to Understand the World (Pre-Order)

This fictional book explores the madness that comes with scientific and mathematical discovery, and the fall-out that can come from unmitigated quests within both realms. The reader is thrust into the lives of scientists Fritz Haber, Alexander Grothendieck and Werner Heisenberg, among others, and shown how they each grapple with fundamental questions about existence. It explores their various discoveries — some of which propel human life into a brand new era and others which lead to chaos and suffering, and reveals the unclear line between the two. 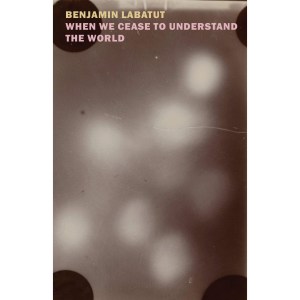 When We Cease to Understand the World

Klara and the Sun: A Novel

Nobel laureate Kazuo Ishiguro’s first novel since his Nobel Prize in Literature tells the story of Klara, an Artificial Friend and amazing observer who watches from afar as folks come into her store, browse and walk by on the street. From the perspective of a truly unforgettable narrator comes a commentary on what it means to love and other fundamental questions about our world. 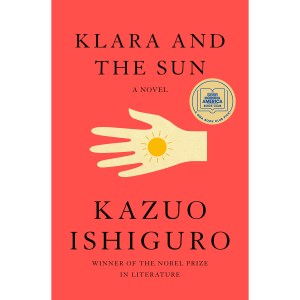 Klara and the Sun: A Novel