If you’re a San Francisco 49ers fan, it’s time to start gearing up for Super Bowl LIV. On Sunday, February 2, the National Football Conference champions will take on the Kansas City Chiefs, the American Football Conference champions. If you aren’t getting tickets to Super Bowl LIV, then it’s time to load up on beer and guacamole and organize a viewing party. But most importantly, you’ll need some gear to represent the Bay Area — no matter where you’re watching the game.

So where can you buy San Francisco 49ers Super Bowl merchandise before the big game? Within minutes of the National Football Conference championship between San Francisco and the Green Bay Packers, limited-edition merchandise for the 49ers went on sale at the official NFL fan shop, at the 49ers official website and at other major fan merch retailers. That’s the magic of the Internet, where you really can buy anything.

If you’re a long-time 49ers fan, then you still have a couple of weeks to stock up on Super Bowl LIV merchandise. To show off your team pride, you can find our favorite pieces of 49ers Super Bowl merch below to ensure that you’re properly attired on the big day.

The Super Bowl falls right in the thick of winter, so any team gear that also keeps you warm is a great idea. This beanie does just that with an eye-catching bright red color and the 49ers logo right on the front. Users say it has a great fit and the acrylic yarn is soft and cozy, making it a great go-to for walking to work or cheering in the bleachers. 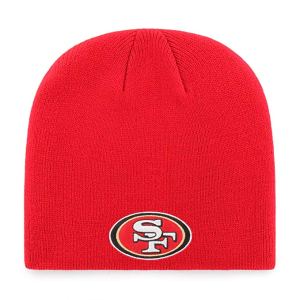 This simple t-shirt is essential for any 49ers fan. It’s super straightforward in red with the SF logo boldly printed across the front. The T-shirt is quite affordable too (as far as team merch goes) at just $27, so you can pick up multiples for the whole family or Super Bowl party. But despite the low price tag, you’re still getting a well-made piece of gear, as many of the shirt’s 1,200+ reviewers mention the shirt’s softness and quality. 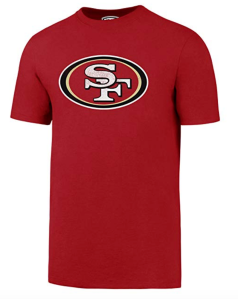 We love this 49ers license plate frame because it’s low-key, but still lets you represent SF as you drive around (no matter where you live). It features “San Francisco” on the top and “49ers” on the bottom. The metal frame is made of zinc to resist rain, mud or snow, meaning it’ll maintain the shiny chrome look. Plus, happy reviewers say the plate is very easy to install. 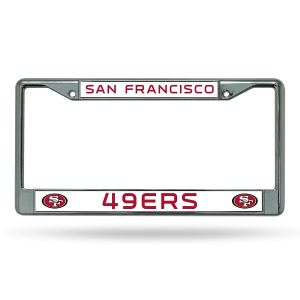 It’s official: the San Francisco 49ers are the 2019 NFC champions. Show off your team pride with this official NFC Championship t-shirt. This charcoal shirt is made from cotton and polyester and features screen printed graphics with the phrase “Miami Bound” and “NFC Champions”. This officially licensed tee was made in the USA and is the perfect 49ers merchandise for the big game. You can also buy this t-shirt in youth and preschool sizes at the Fanatics website, which means the whole family can get in the spirit. 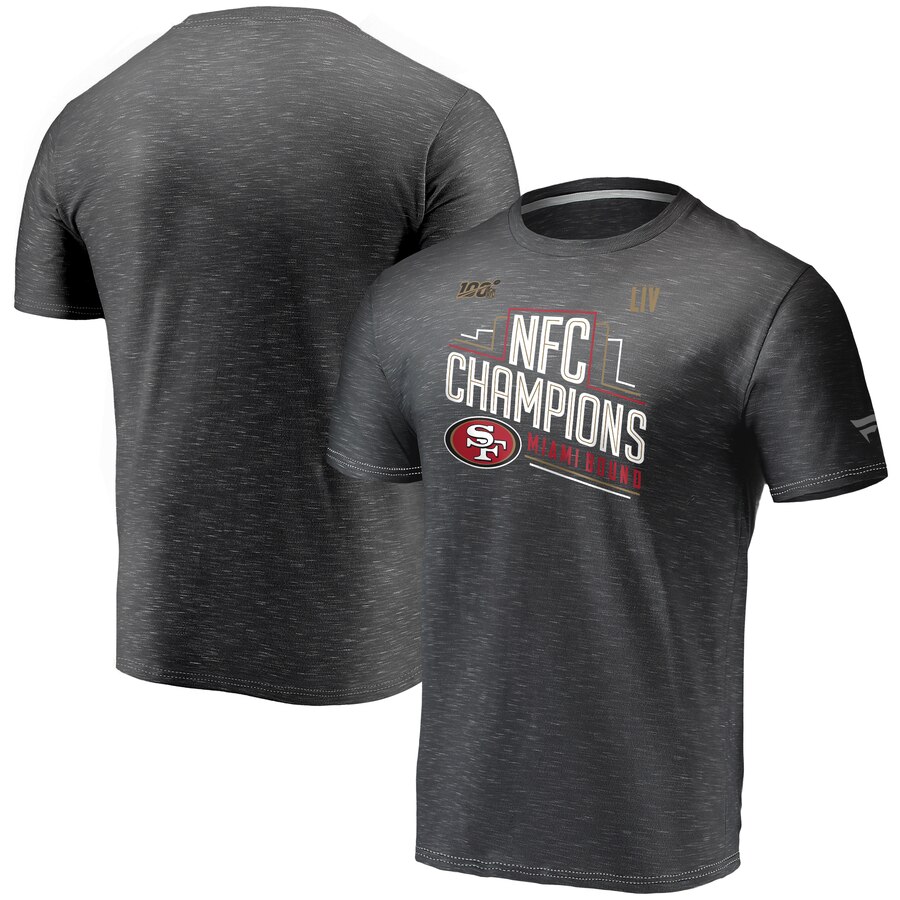 These San Francisco Ziplock containers offer a way to inject some 49ers spirit into every detail of your Super Bowl or tailgate party. The Twist ‘n Loc containers are ideal as portable bowls for chips, guacamole or pretzels, but they can also be locked up and stored to keep leftovers fresh. Then, the day after (when the 49ers are the champs), you’ll be reminded of the victory when you break out the leftovers. 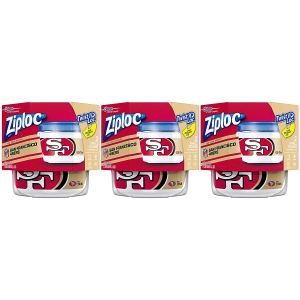 If you want the ultimate San Francisco 49ers Super Bowl merchandise, then you’ll want to splurge on this autographed Super Bowl LIV football. This ball is signed by tight end George Kittle and comes from the NFL partner Fanatics. Each ball comes with an individually numbered and tamper-evident hologram to verify its authenticity. If you or a loved one is a die-hard 49ers fan, then this piece of memorabilia is the perfect Super Bowl splurge. At $449.99, it’s definitely an investment, but it’s a great opportunity to own a piece of team history. 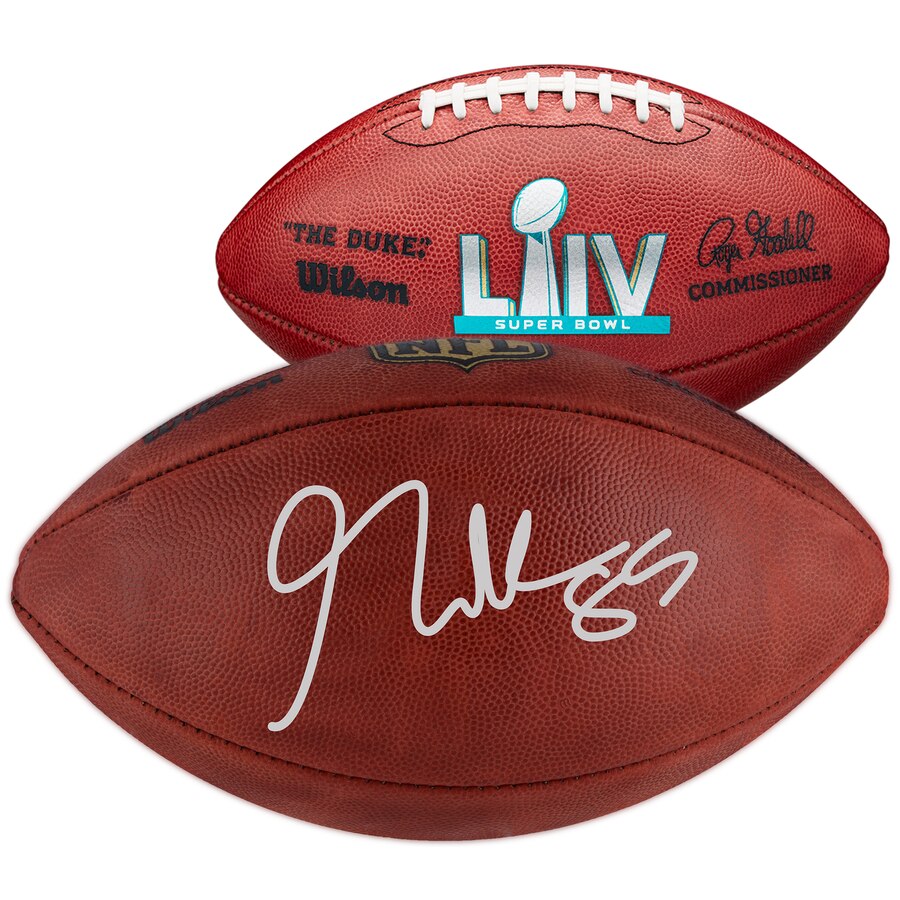 Another great piece of cold-weather 49ers merch is this logo scarf. At about 66 inches long it’s big enough to wrap as you please and keep your whole neck toasty. Each side features a different logo layout, and the whole thing is hand-made from high-quality, cozy cotton. 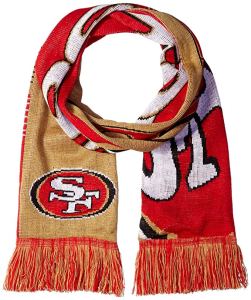 The perfect Super Bowl party has every detail decked out with team gear. These NFL coasters allow you to do just that, and they also make a stylish addition to your decor. These coasters are also one of the best gifts for football fans, and YouTheFan makes coasters for every team in the NFL. The coasters have a non-slip cork backing and a laser-cut stainless steel top. This gives them a look that upgrades any coffee or dining table, whether it’s in your living room or man cave. 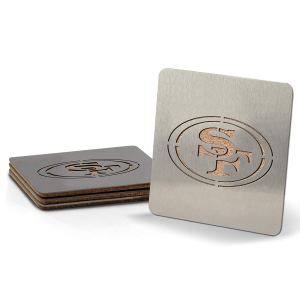 This metallic tumbler is a spirited upgrade for your daily cup of joe while commuting, and also makes a great container for cold drinks while watching the game. It’s covered in 49ers logos and colors and should keep drinks at the proper temperature for around four hours. It comes with very good ratings on Amazon (4.3/5 stars and more than 3,000 reviews). 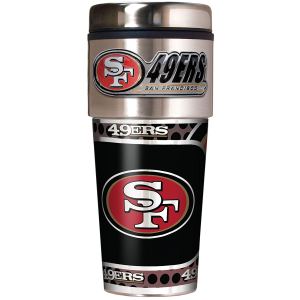 Whether you’re watching highlights, SportsCenter or streaming the actual game on-the-go, these Bluetooth headphones will keep you repping the bay. The cans feature control buttons and a microphone for handsfree calling, noise-canceling foam cushions, a collapsible design for transportation and, most importantly, the 49ers logo on both sides. Plus, they come in at just $34, making them extremely affordable for wireless headphones. 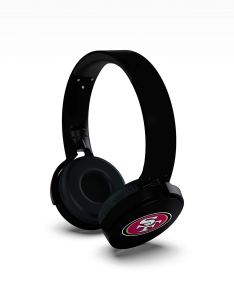 This 49ers hoodie from Zubaz provides a noticeable upgrade from regular merch in both style and quality. The print on the front isn’t your typical 49ers logo, and we think the unique logo is actually more stylish than what you normally see. It’s slightly more expensive than some gear, but you get what you pay for with a premium cotton-polyester blend that you won’t want to take off. 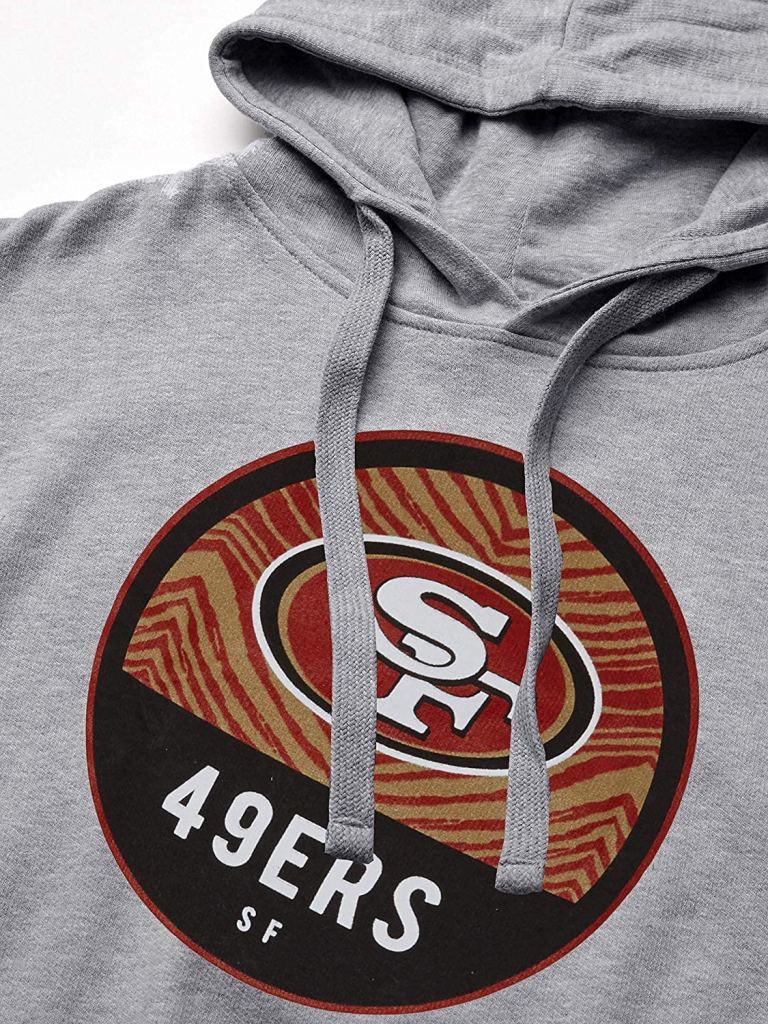 Really want to nail your look during the Super Bowl? Pick up this George Kittle “Super Bowl LIV Bound” jersey. It’s an official NFL jersey but takes things up a notch with the Super Bowl LIV logo on the chest. It’s certainly not cheap, but it’s well worth it for any serious 49ers fan. This is one of the top-selling products in the official NFL 49ers shop, so order your Kittle Super Bowl jersey before they sell out! 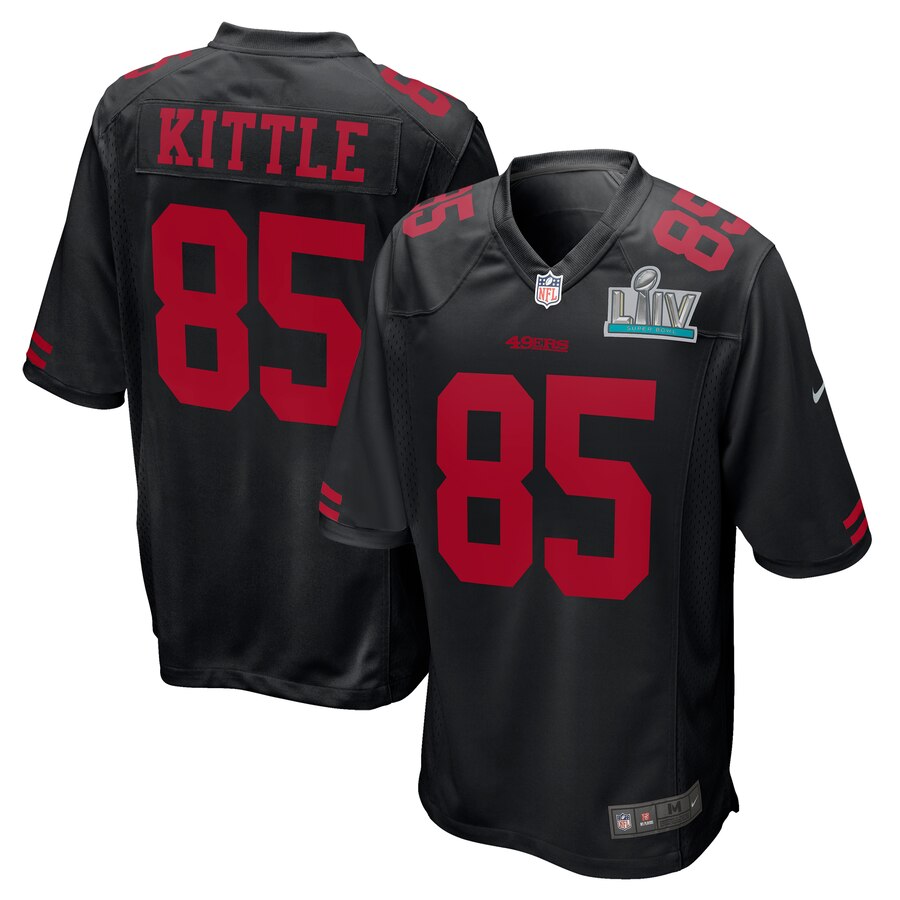