* A sex guide for modern-day intimacy
* Because sex isn’t a race, or an Internet comment thread
* Cosmopolitan-approved

Sex education: it’s more than an awkward, uncomfortable class. Or, at least, it should be, especially considering that way too few Americans get a decent version of sex ed in high school. It’s also something that we should continue to practice as our sexual lives progress. If you’re looking for some high-quality, accessible literature to go along with your “studies”, then we have a sex book recommendation for you.

With “She Comes First,” author Ian Kerner has given us a sexual “how-to” book for the modern era. Thankfully, it’s free of the objectifying cliches some men have absorbed from pornography and internet forums as young men. This body-positive, female-focused volume gives you plenty of tools you’ll want to try immediately. Tools that your lady might actually enjoy.

Rest assured this book is about more than just the tip(s). It’s also an in-depth guide to passionate, intense and multi-orgasmic sex. A “thinking man’s guide to sex,” it has plenty of technical terms and references academic studies so you’ll know all the relevant background info to your new moves in bed. It’s rich with resources but its prose is never dry. It sheathes the technicalities in plenty of witty, tongue-in-cheek banter to keep you engaged throughout. 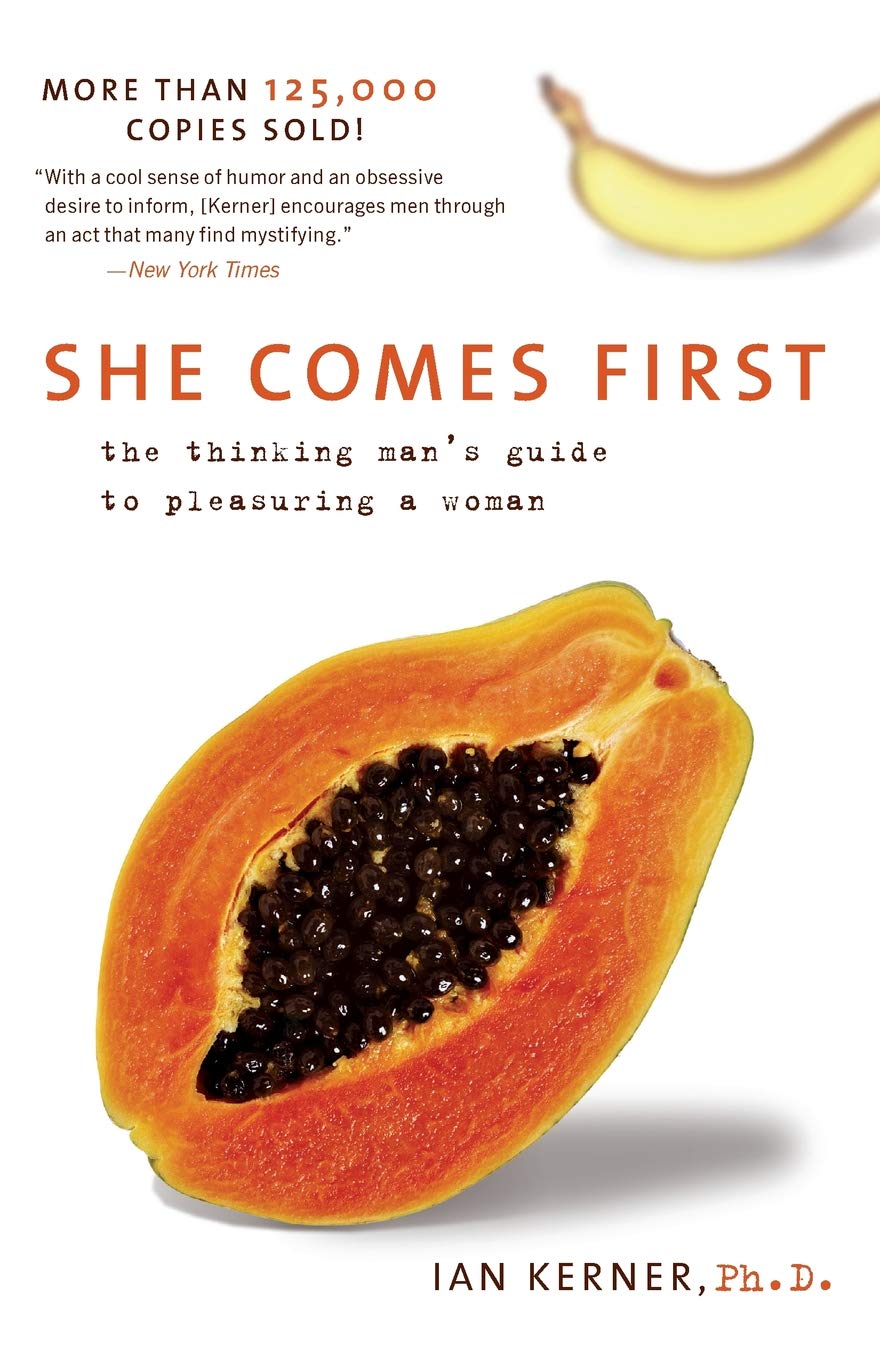 Kerner reviews the relevant anatomy and physiology so you’ll have the basics, and also talks about the experience of arousal, intercourse and consummation, giving you a well-rounded overview of female pleasure. He reminds guys that “finding the button” is hardly winning the game, and that good sex requires, communication, empathy and understanding in addition to knowing how to find the clitoris.

A pleasure to read, Kerner’s book draws on an entertaining variety of sources ranging from the iconic Kinsey Reports to modern scientific studies, as well as on the author’s own experience as a sex therapist.

One of the particularly interesting and totally worthwhile things “She Comes First” brings to the sexual table is a renewed emphasis on intuitive mutual communication. The main thrust of his argument in the book is that guys should listen to their partners, and that — surprise — it’s a turn on for women if you’re aroused, present and enjoying the experience rather than merely performing.

Too many guys act like the first 30 minutes of sex are some weird athletic event, staged for the woman’s “benefit” and to show off how good they are at it, followed by a few more minutes of eyes closed weird grunting where it seems like they’re a thousand miles away. Don’t be that guy, let this book show you the way when it comes to showing up to sex in a mutually beneficial way. The author poetically describes how being a virtuoso at sex isn’t just about hitting the right notes, but embodying the feeling of arousal.

6 Books That Improve Your Sex Life, According to Reviews