If you’re a heavy user of Instagram or Twitter, then you’ve most likely seen them before. Two little blue aliens sit comfortably between the gutters of a four-panel comic grid, getting into all kinds of familiar situations. They’re sort of crudely drawn, but therein lies part of the appeal. The two creatures find themselves recounting the mysteries of daily human life, with often hilarious — and, well, (somewhat) human — insight.

We’re talking about Nathan W. Pyle’s Strange Planet, the beloved comic series that went majorly viral this year. The New York Times bestselling author launched the series on Instagram back in February 2019, and since that time the Strange Planet Instagram account has garnered over 4.7 million followers at the time of this writing. Each comic typically consists of that simple four-panel grid, but instead of saving the punchline for the final panel, much of the humor of the comic comes from the way that Pyle plays with language and the idiosyncrasies of modern life. Each bit of dialogue is expertly crafted to strip away the subtext normally associated with the English language. And each comic is delightful in its weirdness, often resulting in outcomes that are equally hilarious and relatable.

The Strange Planet book is the initial collection of Pyle’s comics, focused on detailing the first six months or so (give or take) of stories in addition to new, never-before-seen illustrations. Sure, some of your favorites are bound to be here (i.e., “Star Damage“, which is about tanning) as well as a number of other selections including Emergence Day, Being Gains a Sibling, Celebration of Special Days and more. The collection is a perfect gift for a variety of different people, from those that love humor to those that love comics and even for kids that have a great sense of humor — if they’re a child of the internet they’re bound to love this collection. In fact, this book is so wholesome and delightful that it’s bound to bring joy to virtually everyone on your gift list (unless they hate adorable little aliens).

Fortunately, this book is just a few clicks away. Simply head to Amazon and pick up your copy of Strange Planet. Since it only costs $8.99, the hardcover is actually cheaper than the Kindle version, so go ahead and order multiple copies and knock several people off your holiday gift list at once. 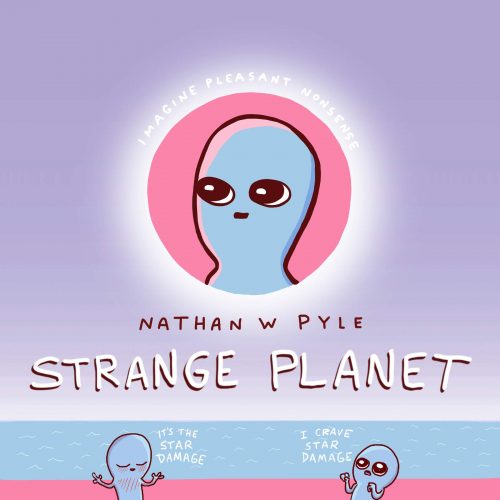 The Best Kids' Toys to Give for the Holidays