We’ve officially entered Q2 of 2022, and this year is quickly establishing itself as the year of the collab. Think about it — we’ve already had crossover between the brands of Billie Eilish and Nike, Comme Des Garcons and New Balance and Gucci and Adidas, just to name a few.

Now, The Biebs has entered the ring. After many rumors and a long-awaited build-up, Justin Bieber and Vespa have announced a scooter designed by the Canadian recording artist known for hits like “Purpose” “Sorry” and, of course “Baby.”

The project combines the sensibilities of one of the decade’s most influential pop artists with old-school Italian craftsmanship, for a classic model with modern flair. The iconic two-wheeled vehicle gets a youthful face lift with an all-white look complete with subtle flames along the bottom. 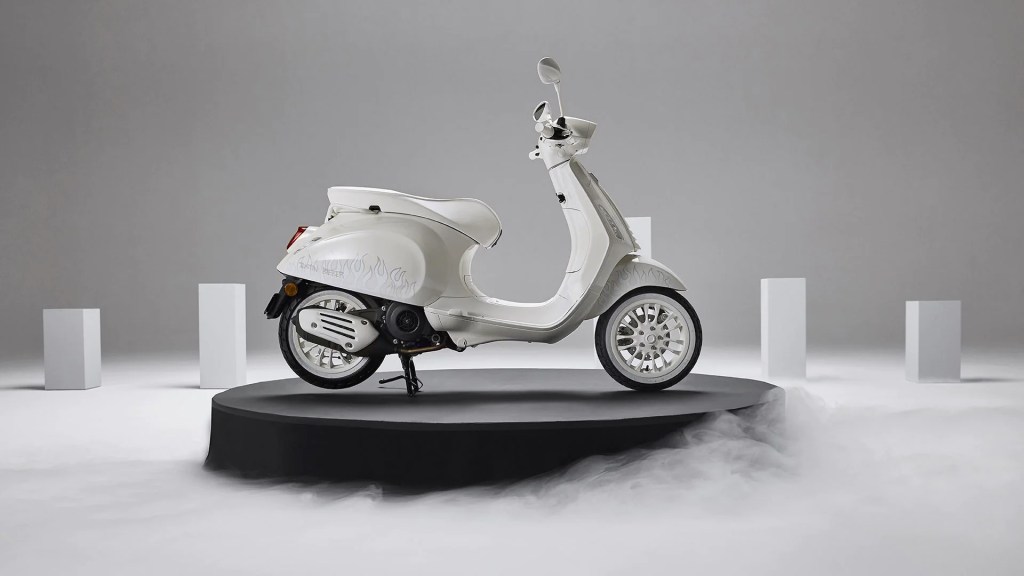 This isn’t the first time Bieber has indulged in the art world. Him and his wife, Hailey Bieber, auctioned off 17 modern art pieces for charity in 2019, and he’s the owner of streetwear line Drew House.

Vespa has also worked with numerous collaborators in recent years including Dior and Giorgio Armani, bringing a design-forward focus to limited edition models of the luxury Italian name.

Bieber’s all-white colorway definitely fits with the brand’s existing aesthetic, and the tone on tone white of the flames adds a unique spin.

Bieber said in a statement “Ultimately the goal of designing is to put your own unique spin on things.”

In reference to Vespa, he noted “Being able to collaborate with a brand that I have always loved, that’s what the best collaborations are.”

“Monochromatic things to be are very palatable. And the flames was a way to give it a little bit of an edge. I thought it would set it apart.”

The Justin Bieber x Vespa models will be available in the classic 50, 125 and 150 cc models, along with limited-edition accessories like a pair of gloves and a white helmet with matching flames. Pre-sale starts on April 20th on Vespa’s website. 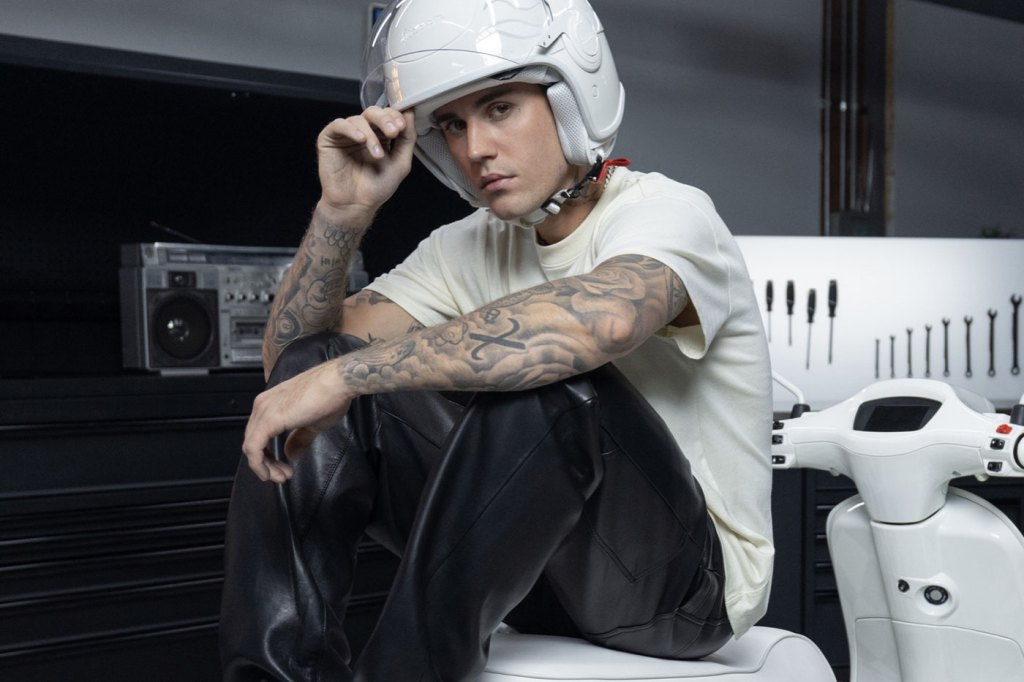 Shop the Look: Justin Bieber’s Magic Mushroom Pearl Necklace Is Over 50% Off With This Secret Code