While the first half of the video game calendar tends to be quiet most years, it can still offer a glimpse of things to come once all the blockbuster titles are announced at E3 and start to show up on store shelves and digital marketplaces in anticipation of the holiday. And although we don’t know exactly what to expect, the top video game trends of 2021 that we’ve seen so far can help give us a hint.

But more than just highlighting the the obvious givens: Yes, we know there will be a Call of Duty game of some sort and it will probably be hugely popular. We also know that the latest consoles will continue to sell as many as they can make through the end of the year and the PS5 restock will continue to be a thing. Instead, looking about the top video game trends of 2021 is about examining developments in the gaming world that are not only impactful, but also interesting or surprising.

And so looking across the entire industry — from PC to mobile, from Microsoft to Nintendo — we’ve picked out 5 of the top video game trends in 2021 that have caught our eye and that will continue to make waves as the video game world starts to gather steam later this year.

Roguelikes and roguelites —games which tend to feature procedurally-generated levels, randomized gameplay and permadeath — are nothing new, and they’ve been especially en vogue over the better part of the last decade. But when it comes to the top video game trends of 2021, they’re not showing any signs of fading away. In fact, Roguelikes is only gaining momentum amongst the major development studios. And considering that many critics’ picked a roguelike as their top game in 2019 and 2020 (Outer Wilds and Hades, respectively), it should come as no surprise that big things are in store for 2021.

We’ve already seen innovative indie roguelikes such as Loop Hero, which feels like Sim City, Tetris and Final Fantasy I were smashed together with a randomizer, make waves in the gaming world. Furthermore The Binding of Isaac, one of the greatest roguelikes of this generation, received its most recent DLC chapter, Repentance, in 2021.

But there’s also plenty on the horizon, with Returnal and its time loop mechanic about to touch down on the PS5. And as maybe the biggest development when it comes to roguelikes, we can expect the arrival of Darkest Dungeon 2 on Steam Early Access in 2021. The follow up to one the best games of 2015, Darkest Dungeon has been a huge success and its mix of card-based battling, Dark Souls-esque ambiance and unpredictably grueling gameplay made it irresistable to gamers everywhere. It’s safe to say that the release of the sequel is going to generate a huge amount of fanfare.

2. Thanks to Twitch Roleplayers, What’s Old Is New Again

There are a subset of streamers on Twitch who like to use open-world adventure games with online multiplayer as a vessel for live roleplaying because of the freedom these games allow. Unlike the experience of playing a traditional RPG, these gamers do not follow a set narrative or objectives created by the developer. Instead, some enterprising gamers are modding these games and setting up servers, and inviting people to create their own characters and improvise scenarios with dozens of other people in real time.

While games such as social deduction smash hit Among Us have facilitated this type of gameplay experience to a certain extent, Twitch roleplayers have established a track record of breathing new life into old games

The 2013 survival game Rust was the first big game of 2021 to experience a resurgence after many of Twitch’s streamers joined up on the  OfflineTV server to roleplay in some outlandish ways. Described as the “streamer crossover event of the century” by Kotaku, the two months of the Rust roleplay craze was full of heroes, villan’s and plenty of drama.

More recently, Grand Theft Auto 5 Online, another game released in 2013 has been the game of choice for roleplaying. xQc, arguably the biggest Twitch streamer at the moment, often has 100,000 people watch him play as the most notorious bank robber on the GTA V NoPixel server (provided he isn’t banned).

As a result, these games have not only seen an uptick in players revisiting these games, but also leading to a massive wave of profits from new sales, according to industry insiders. Not only did this lead to Rust making its developers a million dollars in two days but GTA V also sold the more copies in 2020 than any year except the year it was released.

Per @strausszelnick in 2020, more copies of GTAV were sold than any other year except its launch year in 2013.

And it doesn’t look like it will stop here: Twitch has recently latched onto The Isle, an open-world survival game from 2015 that lets you explore a wild, rugged environment as a number of different dinosaurs. On any given day, you can see a number of notable streamers playing The Isle and we wouldn’t be surprised if this is the next game to enjoy the benefits of “The Twitch Effect.”

Survival and Horror games have always gone hand in hand, so much so that the two genres have combined to deliver survival horror classics such as Silent Hill, Left 4 Dead and Dead Before Daylight. But when it comes to gaming trends in 2021, anything involving these two genres is red hot.

On the survival side, Valheim had gamers obsessed with its Viking-themed combat, exploration and crafting in the face of mortal peril. Meanwhile, The Medium was the big Horror release of the winter, with psychological horror gameplay in the vein of Silent Hill. But this is no mere pastiche homage, as the game introduces a unique “dual reality” mechanic that adds a fresh dimension to the tried-and-true formula.

But survival horror is where big things are expected for the rest of the year, and there are some major hitters on the way. In addition to Returnal releasing on April 30, we’ll also see Resident Evil VIII, the latest installment in the biggest (and arguably best survival horror franchise) arrive sometime in 2021. Judging from the recently released demo, it should be epic.

For the most part, the difference between an AAA game for PC/Console and an AAA game for mobile devices has always been a noticeable one. But that is quickly changing on multiple levels.

Not only have mobile devices progressed to the point where they’re capable of delivering something pretty damn close to console power, but developers are starting to realize this. In 2021, Apple Arcade is the exclusive home to Fantasian and World of Demons, which are two major games developed by the creators of Final Fantasy and Bayonetta.

While Fantasian has a storybook feel and plays like an old-school JRPG, World of Demons has fast and fluid action. And though they might be playable on an iPhone, there’s a pretty good chance both of these games will end up on critics’ end-of-year lists given how polished the gameplay is. In fact, either one of these would be right at home on the Nintendo Switch as a big release.

But the other thing that is destroying the distinction between mobile and console game is the rise of tcloud gaming. We’ve written about these services already, but it bears repeating: This new wave of the best cloud gaming services is the future. While Stadia may have had its struggles, services like Amazon Luna and GeForce Now have impressed as they continue to unfold. But most recently, Microsoft opened up its xCloud gaming service to OS users and the early verdict is that it’s quite good. But more importantly, it also seems likely that you could be playing the next Fallout on the go.

Going hand-in-hand with the rise of the cloud gaming service is the subscription gaming service, which basically gives you unlimited access to hundreds of games for a monthly fee. Apple Arcade, as previously mentioned, is one of these services currently making waves. But the unquestionable leader of the pack is Microsoft and its Xbox Game Pass service. 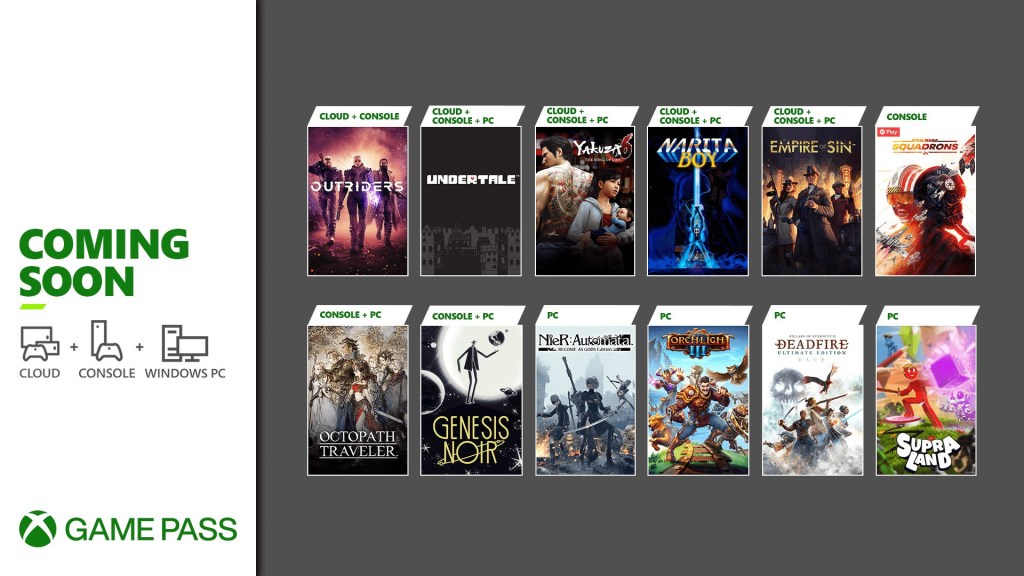 Not only does Xbox Game Pass give you the ability to download some of the biggest and newest games for your Xbox or PC (think Madden ‘21 and Doom Eternal), but you also get access to the aforementioned xCloud gaming service, which means you can also play some of these directly on your phone. While the subscription gaming services were largely viewed as curious experiments up until this year, the fact that Apple and Microsoft are attracting major games to the service makes this feel less like a fad, and more like the future.

This is especially significant because we’ve quickly reached a point where more games than ever are being made and sold at affordable prices. As a result, many of us have a backlog of games that we’ve bought and may not ever play. But the more games that are available as a service, the less guilty we have to feel as we watch that backlog grow and grow…and grow.

Your Guide to Tracking Down the PS5, the Hottest Console of 2021